How to Grow and Care for Spanish Moss 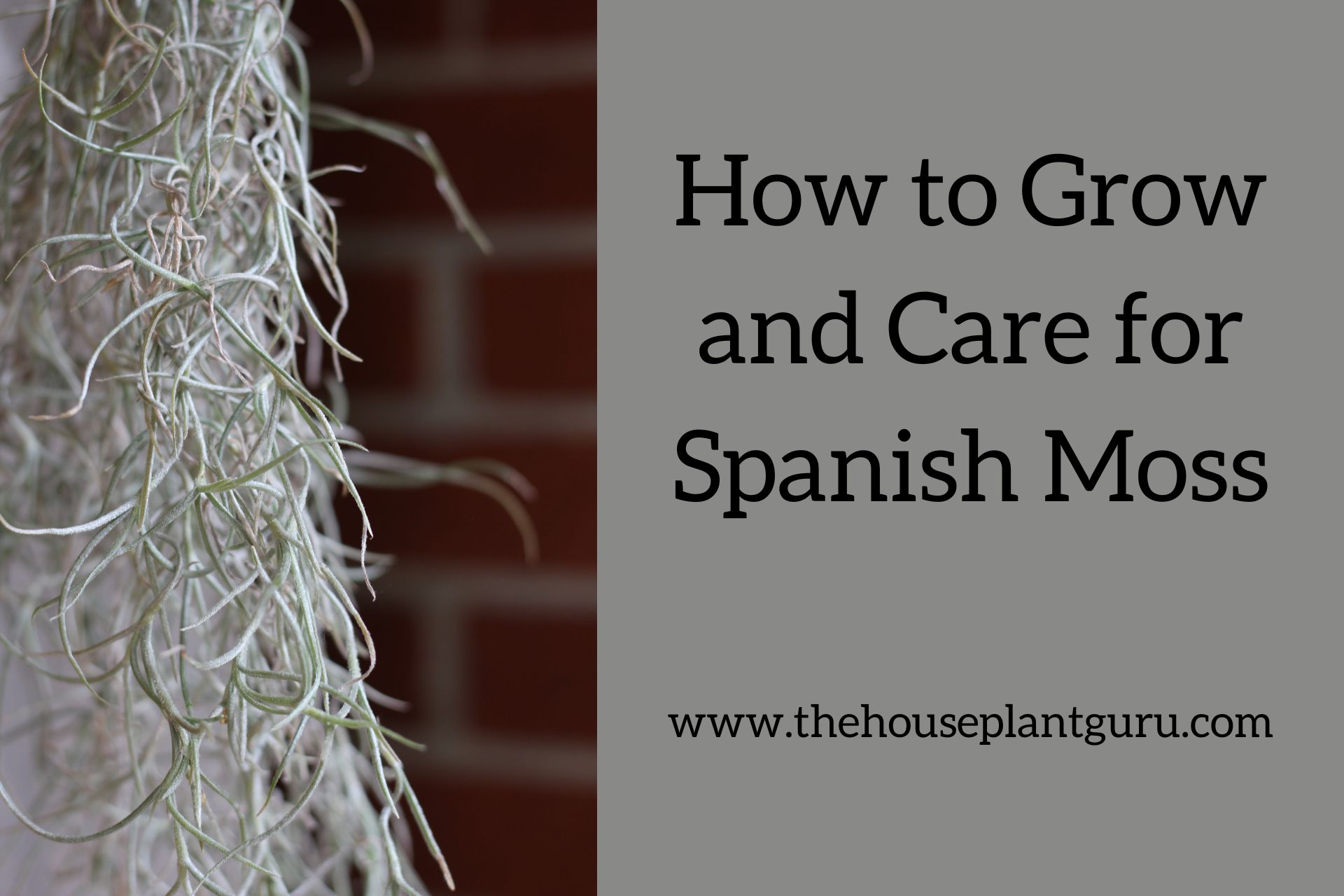 Since this is October, I thought I would talk about a “spooky” plant, Spanish moss (Tillandsia usneoides). Nothing is more iconic to the Southern United States than trees dripping with moss.

Doesn’t it seem it is often used in scary movies with fog rolling in, of course?

You’ll never know how disappointed I was to go to South Carolina in the early 90s and not see any Spanish moss.

When we visited, Hurricane Hugo (Sept. 1989) had recently ravaged the south. Where did all the Spanish moss go?

It blew away with the wind. All the trees were bare, and it was so disappointing.

I have since visited and the moss is back and beautiful or spooky, however you see it.

What is Spanish Moss?

Seen covering trees in the south, many people assume it is a parasitic plant that kills trees. It is not a parasite but an epiphyte, or air plant, and a bromeliad in the same family as pineapples.

It hangs on trees, telephone wires, and other objects in parts of North, South, and Central America, Mexico, and the Bahamas. Spanish moss, like many bromeliads, has a covering of scales called trichomes.

The trichomes absorb water and nutrients collected from the air and rain water.

This is the only way they get their water, as they have no roots. Whereas it is not taking nutrients from the plant it is growing on, the moss covering the branches may break them when it is wet and heavy.

Countless animals including many insects, spiders, and bats take advantage of the moss, using it for their homes .

The Baltimore oriole and parula warbler use it to construct their nests.

It can be home for those biting mites, chiggers, but only after it falls to the ground.

Resist the temptation to pick up Spanish moss off the ground while you are traveling in the south.

I haven’t always been successful with this plant in my home environment, but I do have a piece growing now that I’ve had for a couple of years.

It hangs in my west bathroom window year round, but this year I took it outside on the front porch so it could enjoy our humid Michigan summer. I know it isn’t the same as Florida conditions, but it gets humid here in Michigan in the summer, believe me. It seemed to enjoy its outside sojourn.

I brought it in today, soaked it well, and hung it back in the west window.

I treat this plant like my other tillandsias and soak it along with them once a week or so. Since it is in the bathroom, many times I will put it in the shower to soak and leave it there to hang and dry.

I soak my Spanish moss and hang it to dry

Spanish moss can be propagated by seed or division. Small pieces of it can grow into large plants so it can be pulled apart. It flowers with tiny yellow-green flowers and if pollinated, produce seeds that disperse by floating on small threads on the seeds, which act like parachutes.

I love seeing this iconic plant when I visit the southern United States and love having some hanging in my home, as well. With the right care, you too can have some of the iconic south in your home.