Did You Know Second Floor Plants May Need Different Care? 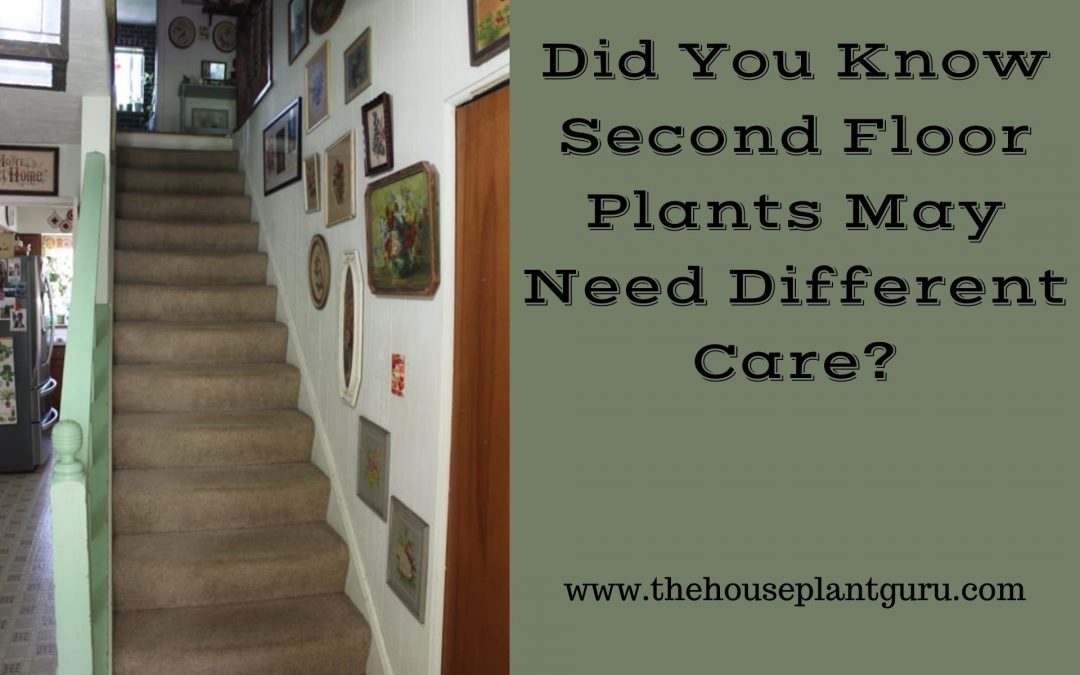 Did you know that a plant on the second floor may need different care than one on the first floor? This blog post is hard to write because I’m so mad at myself. I had (stress HAD) a beautiful Blechnum ‘Silver Lady’ fern. Here is a picture of it newly planted in an amazing pot on April 27th. After sitting on the counter for a bit, I got my daughter to take it upstairs to the “fern window” as I call it since I couldn’t lift it. ( Remember back surgery.) 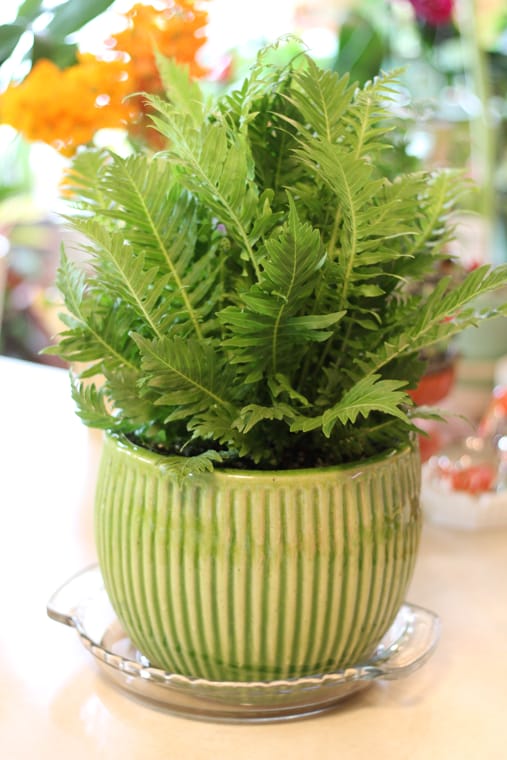 Here it is in all its glory

There hasn’t been much of a spring here in Michigan and maybe where you live. It has been cold and rainy and our first nice weather was Mother’s Day weekend. This past week we hit high temperatures of almost 90 degrees F after temperatures in the mid-60s. I should have known the plants would get dried out faster in that type of weather. I live in a colonial home and I was roasting upstairs, so why wouldn’t the plants be? We knew it was going to be more pleasant this week, so we opened the windows and turned on the fans instead of turning on the air conditioning.

And look what I found today…….

And this is not what it looked like when I ran for the watering can thinking it was dead. I couldn’t bring myself to take a picture. Isn’t it awful? I feel like a horrible plant mom. 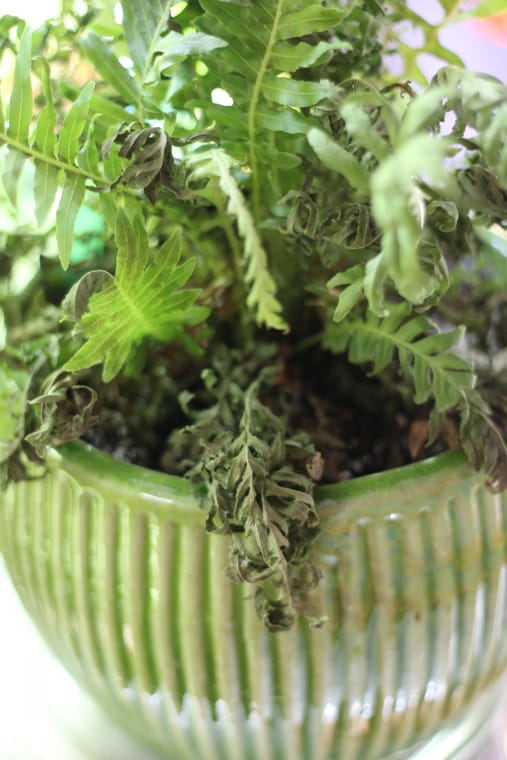 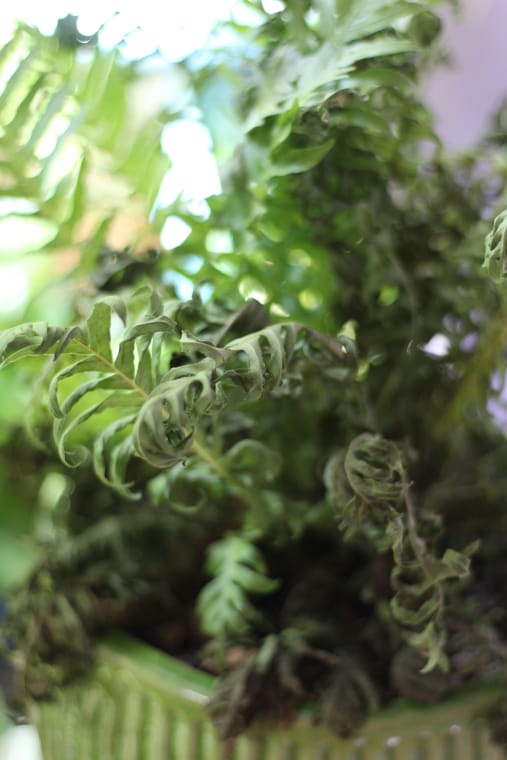 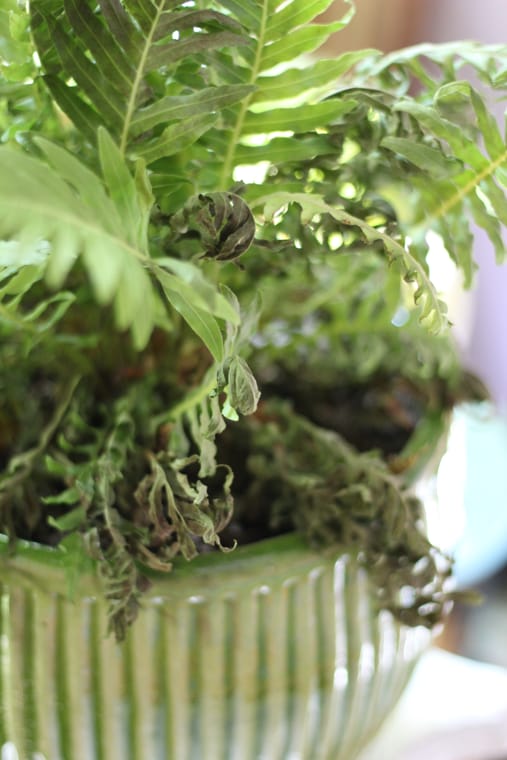 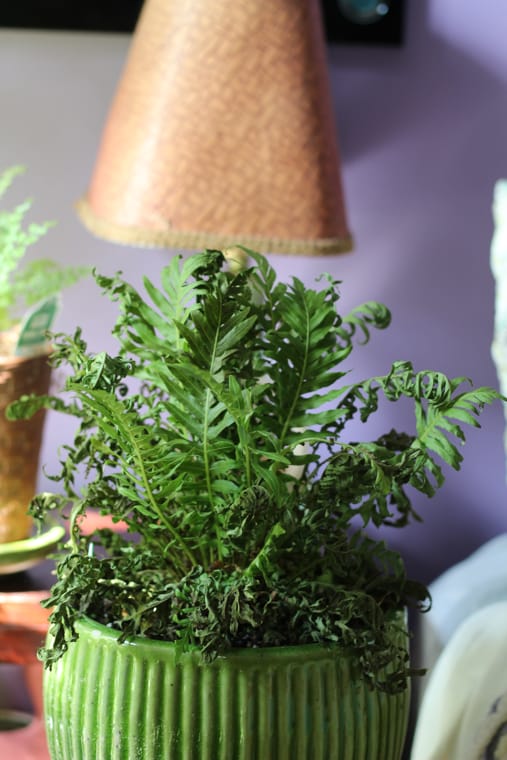 There are still some green fronds……

Not The First Blechnum I’ve Owned

I’ll be honest. This isn’t the first Blechnum fern I’ve owned (and helped to its death). I did a video on Instagram showing it getting potted up and then reminding everyone they should NEVER let this fern dry out. Not even for one minute! Do as I say, NOT as I DO…. I even potted it up in a bit larger pot than I would normally use since I knew it could dry out quickly. I was determined I would never kill this plant again….famous last words. Never say never! 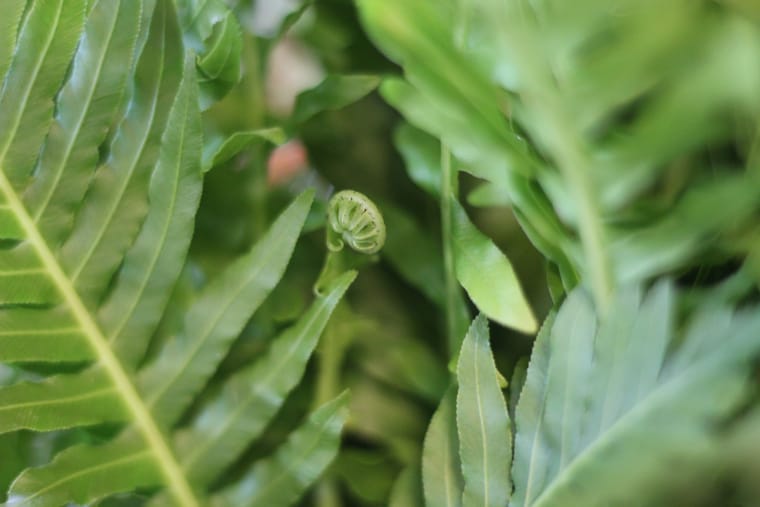 Look how beautiful the unfurling frond was.

So, what does being on the second floor have to do with anything? We all know heat rises, so it is much cooler on the first floor than on the second. Upstairs I also have ceiling fans going and sometimes freestanding fans, as well. I didn’t want to turn the air conditioning on yet because I knew it was going to cool back down. Big mistake, right? So, with the high temperatures, windows open, and fans going, it dried my plants out quickly. This phenomenon will also happen when we finally do turn on the air, but not to such an extent. It is cooler, but all the humidity is also pulled out of the air, which the plants don’t appreciate. So be cognizant of that when you switch the thermometer to “cool”. I hope you don’t end up with this: 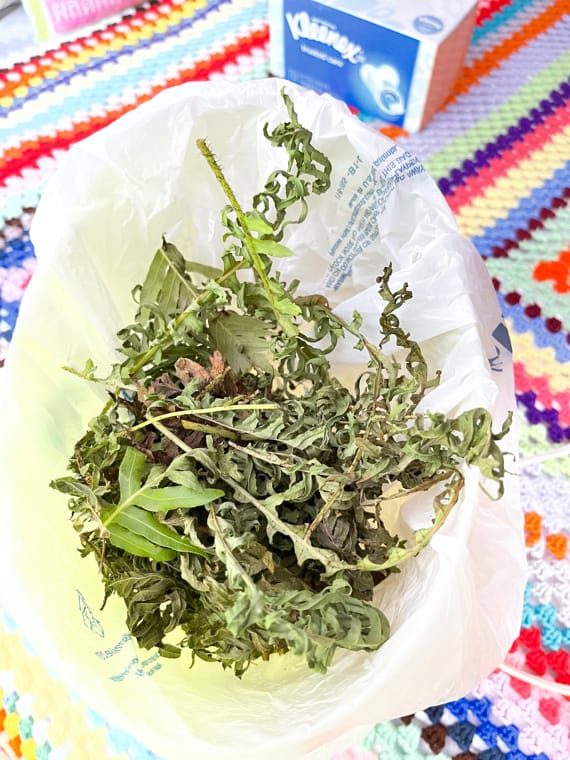 Dead fronds I cut off the fern 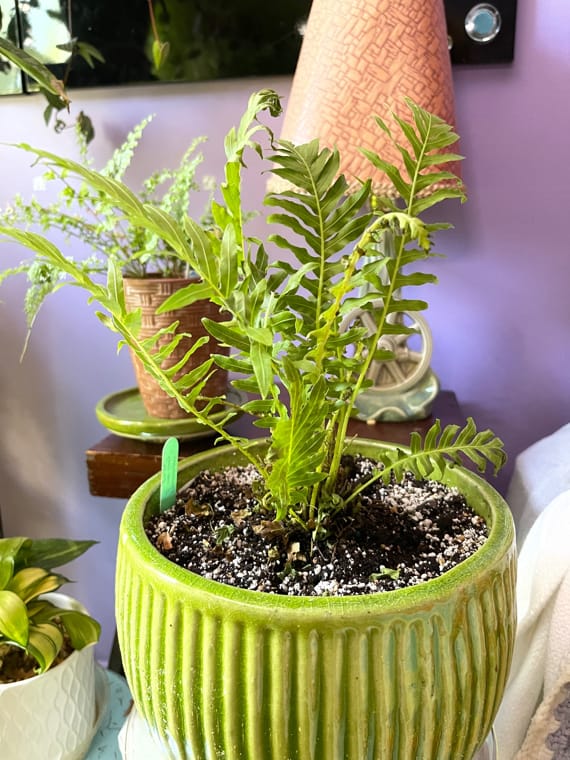 It’s not completely dead but compared to what it was….depressing. It will come back and I’m going to try my best to not let it dry out again!

The Moral of the Story

When it gets hot outside, especially if it happens literally overnight, make sure your plants are well hydrated so they can withstand the high temperatures in your house, especially on the second floor. (This goes for you, as well. Stay hydrated.)