What Are Adventitious Roots and Did You Know Ferns Have Them? I Didn’t! 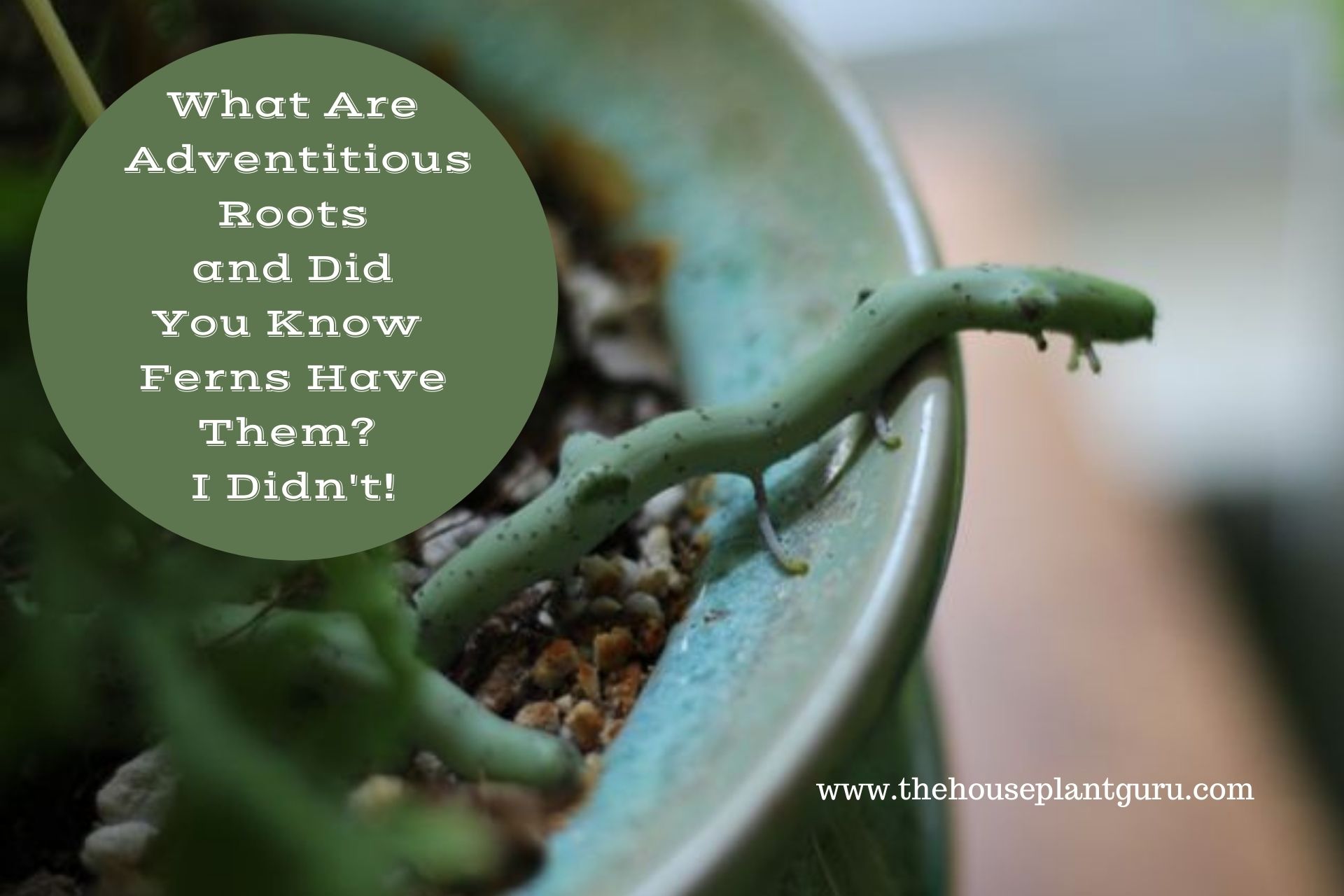 They say you learn something new every day and I’m glad to say that is true and makes life interesting. If we already knew everything, life would be boring. Recently, I was reading about root systems and the word adventitious came up. I read that ferns have them, as do many plants, so I read more to learn what adventitious roots are all about.

What are adventitious roots?

Adventitious roots are roots that do not grow from the radicle. What is a radicle? It is the first thing to emerge from a germinating seed; usually, a root. There is no large root from which fern fronds emerge. Another term for adventitious roots and one you may be more familiar with is a fibrous root system. The roots of a fern often emerge from a rhizome which is not a root but a stem and often underground and it does resemble a root.

Below is a “footed” fern (Polypodium formosanum) that has its rhizomes above ground. The roots are emerging from the bottom of the rhizome and fronds are sent out from the top. The rhizomes keep creeping along making roots and fronds as they go.  (Learn more about footed ferns here.) 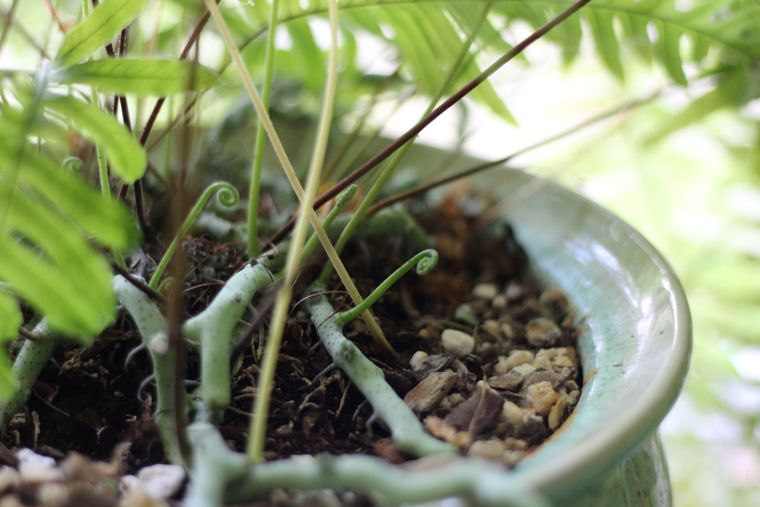 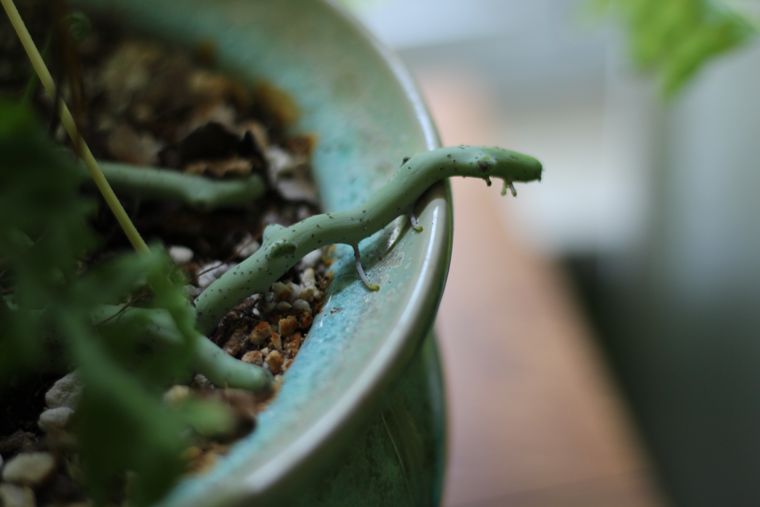 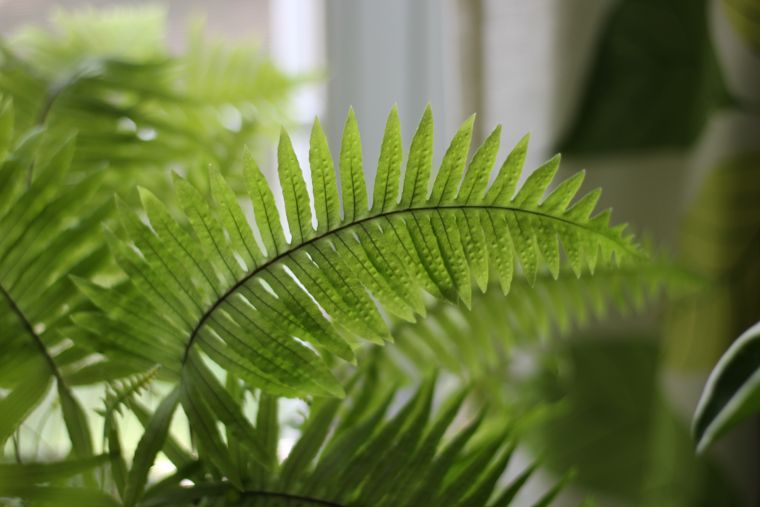 This is the frond of the Polypodium formosanum 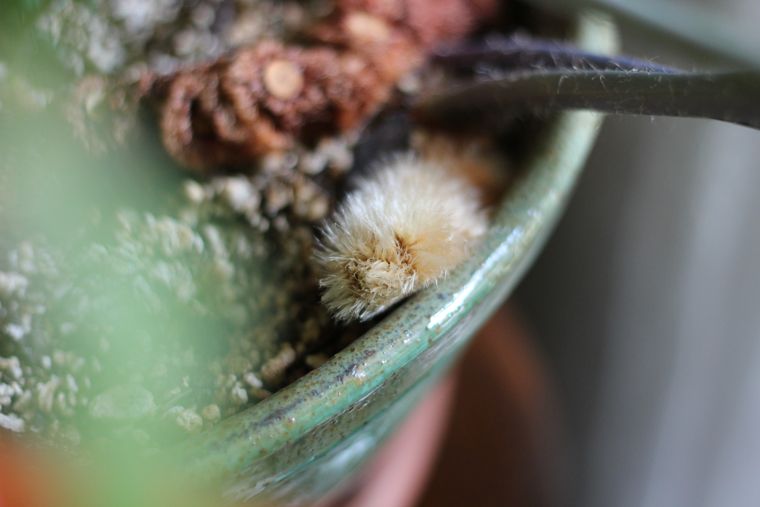 The fern below (not sure of the actual botanical name but I think it may be some type of nephrolepis) does not have the ”feet” or rhizomes so the roots grow directly below the fronds, immediately branching out. As you can see, there is a second plant that was produced by the first plant from the root system. These ferns can also send out stolons that form adventitious roots and small plantlets. There is one starting to grow in the bottom right picture. It will eventually reach the surface and may form a new plantlet that can then be planted up separately. So to propagate this plant, either separate the second plant from the first and pot it up individually or wait for a stolon to appear and make a baby to plant up. 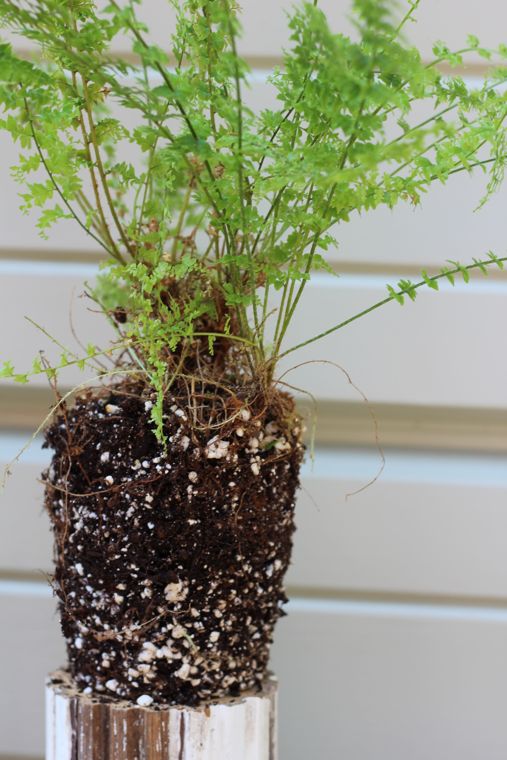 The fronds send out the adventitious roots 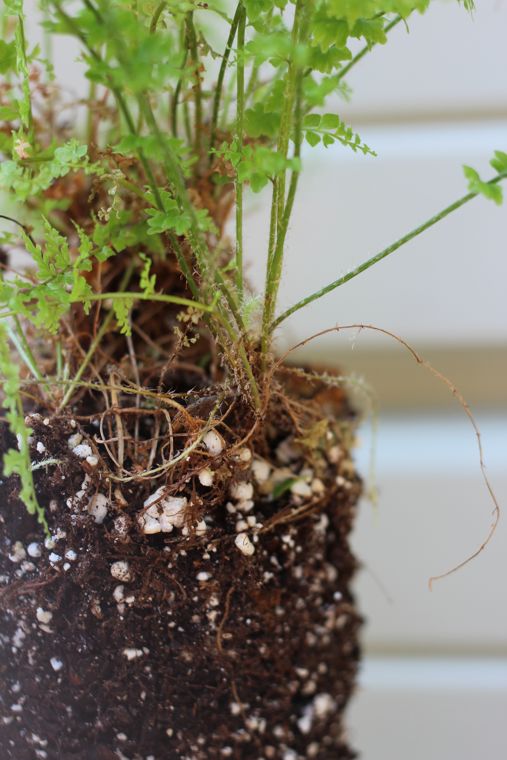 You can see the roots are developed right below the fronds 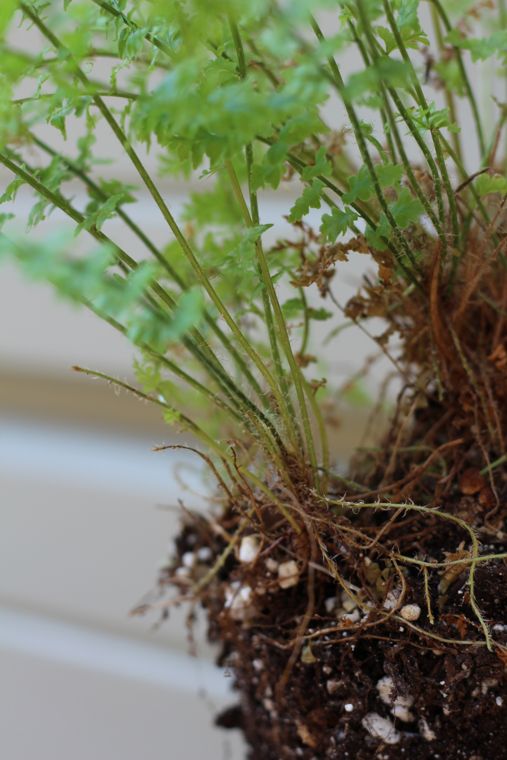 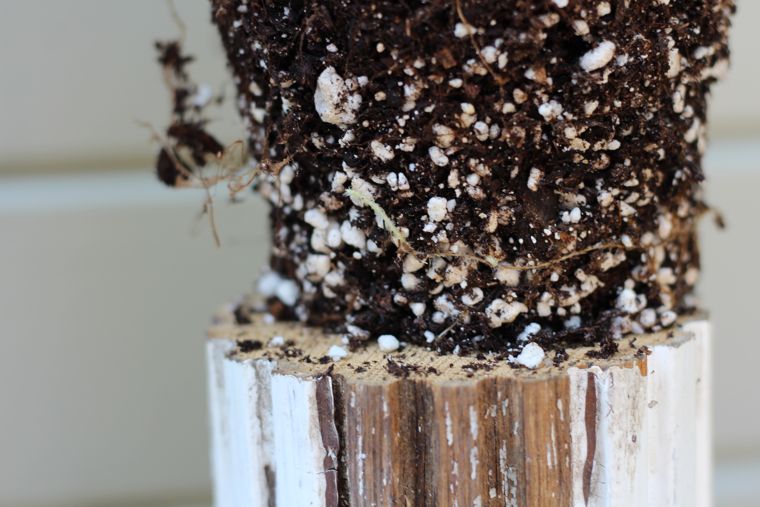 See this creeping stolon that can send out a new plant 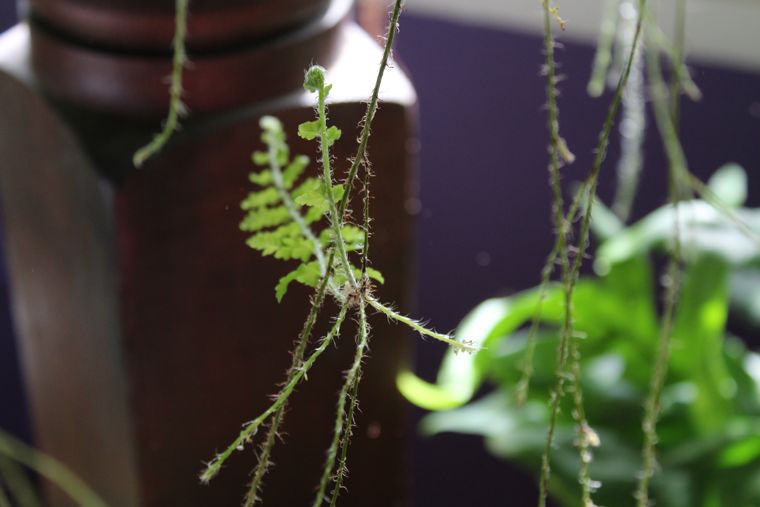 This stolon produced a new baby

Sometimes you can find adventitious roots on succulent stems such as you see on this jade plant below. Usually, their presence means that the plant is under some kind of stress, such as too little water or perhaps some damage has been done to the plant. This stem could be cut off below the roots and potted up, but allow the end to callus over after cutting and before planting it. 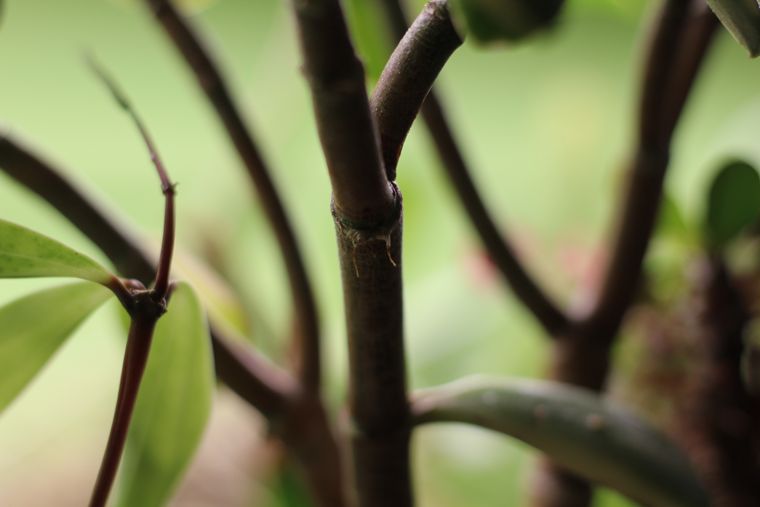 This jade plant is sending out adventitious roots

Orchids also have adventitious roots which can be seen on this vanda orchid I saw hanging in a tree in Florida. You may be more familiar with the phalaenopsis orchids and their adventitious roots that are in those see-through plastic pots when you buy them. 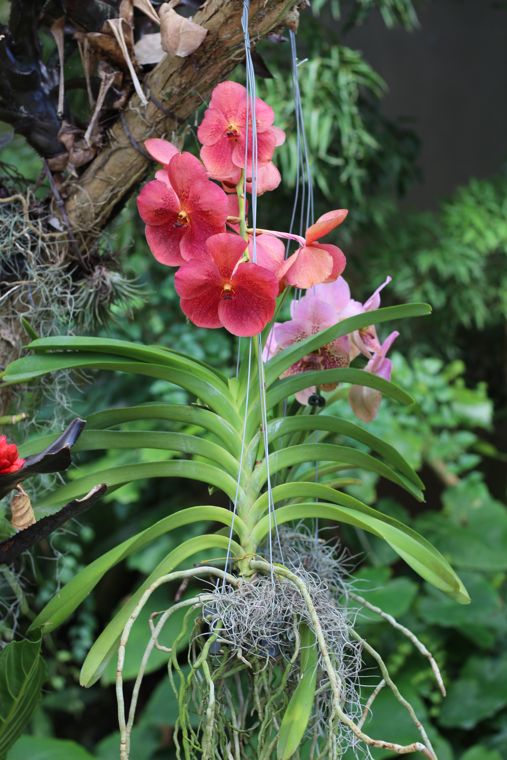 Orchids have adventitious roots, as well as seen on this vanda orchid 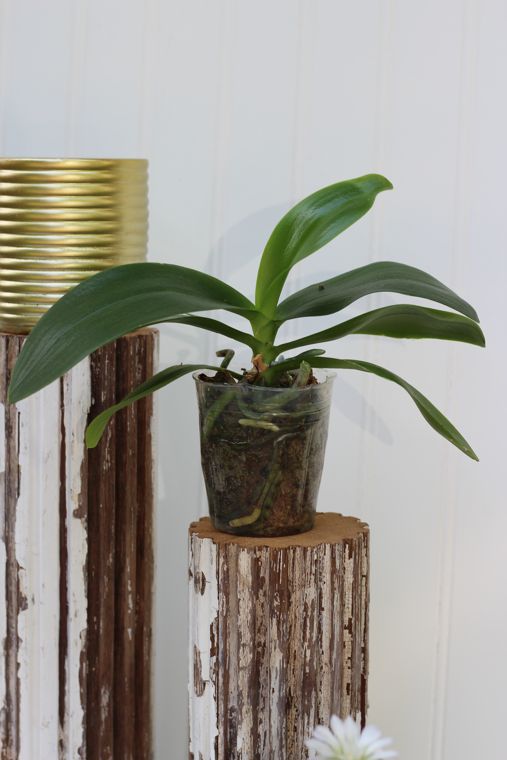 I hope you learned something new today. I thought this was an interesting tidbit. Did you know they were called adventitious roots? Was it a new term to you? Let me know in the comments below.