Why Does it Bother Me That People Feel The Need to Carve Graffiti on Plants? 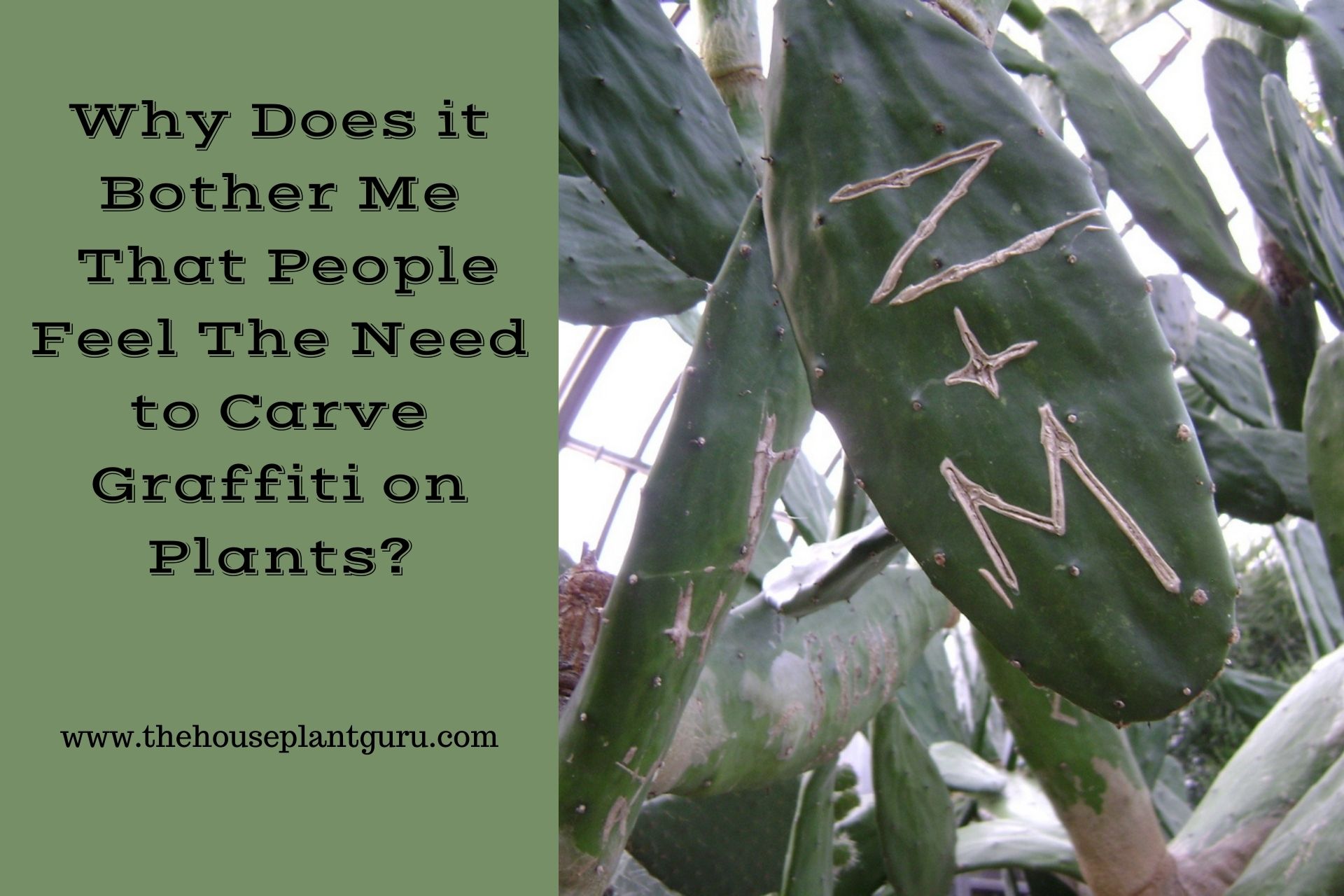 Z and M may be in love, but did they have to deface a plant to let everyone know? I don’t think so, but maybe I’m not romantic enough. Or maybe I like plants too much. Or maybe I really believe that plants feel pain, as in The Secret Life of Plants. Whatever it is, I don’t appreciate this art form practiced on plants. (This was written first in 2012, but needed to be updated when I updated my website.) 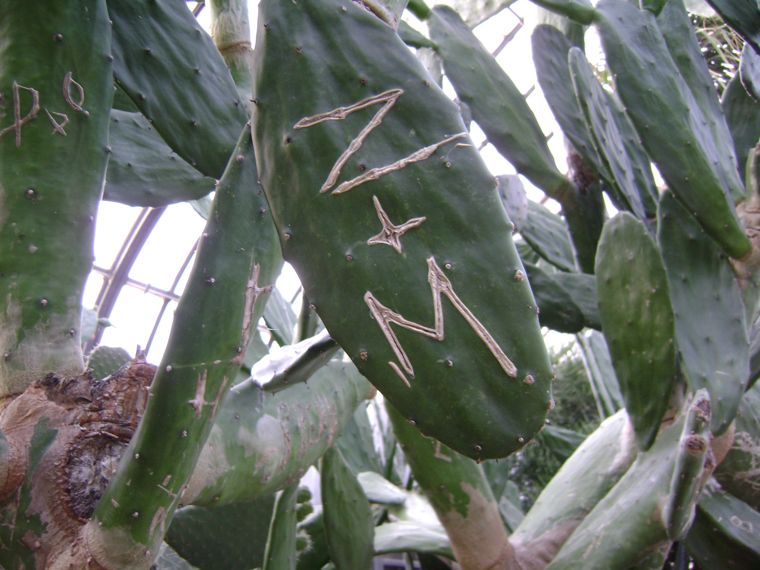 Cactus at Belle Isle in Detroit

This Opuntia leucotricha in the desert house in the Anna Scripps Whitcomb Conservatory on Belle Isle in Detroit has been carved with initials, dates, and names. Who was the first person to decide that they should carve on this cactus? How did they know that it would heal over and callus this way? Were they afraid of being caught? Did they care if they were? This is a public garden and I wonder how the thousands of people who see this each year, feel about this. Do they think it is romantic, cute, or do they think it is horrible? How much more can this plant take, before it decides it has been cut too much? 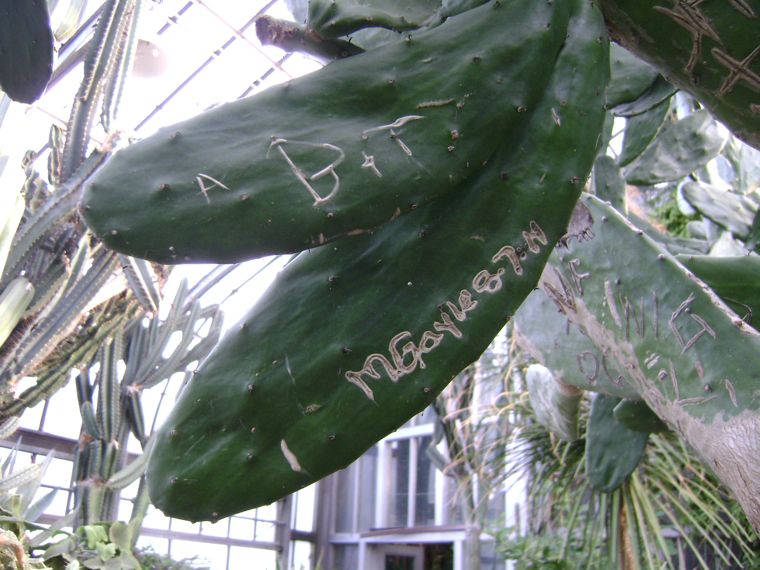 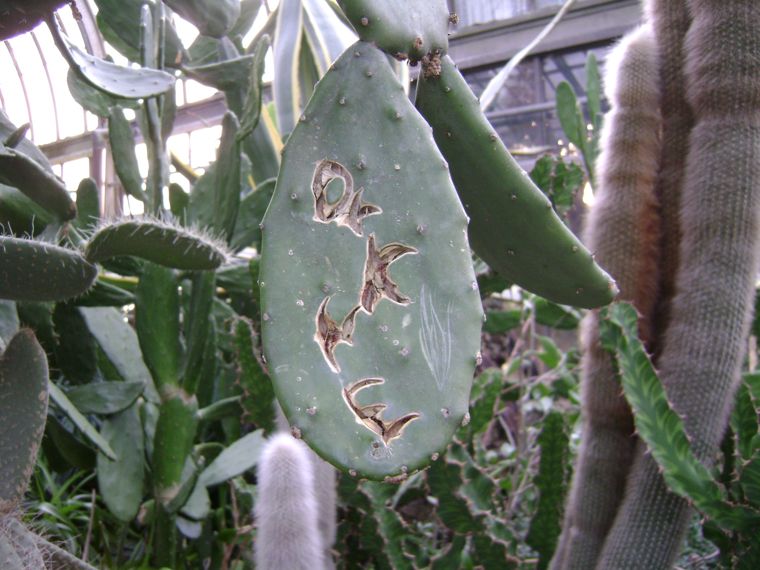 I visit many conservatories as I travel and I usually see some sort of graffiti on plants. I think as soon as one person does it it makes it seem okay for others to do the same thing. The cactus below is in the Franklin Park Conservatory in Columbus. 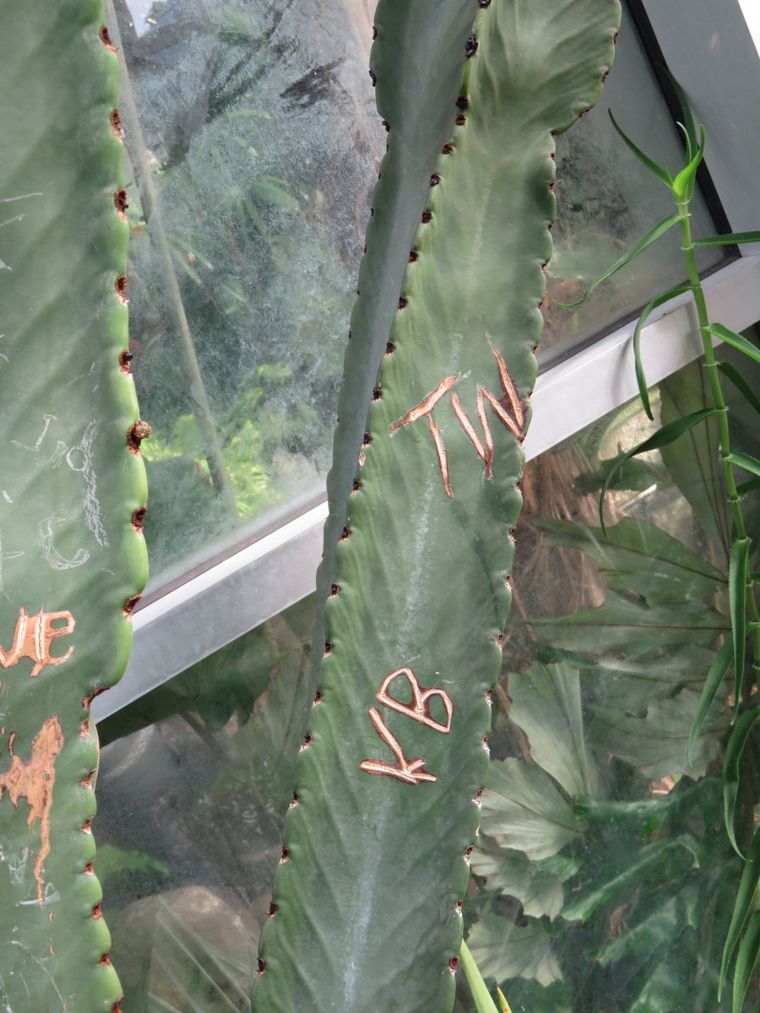 Graffiti on a cactus at the Franklin Park Conservatory in Columbus 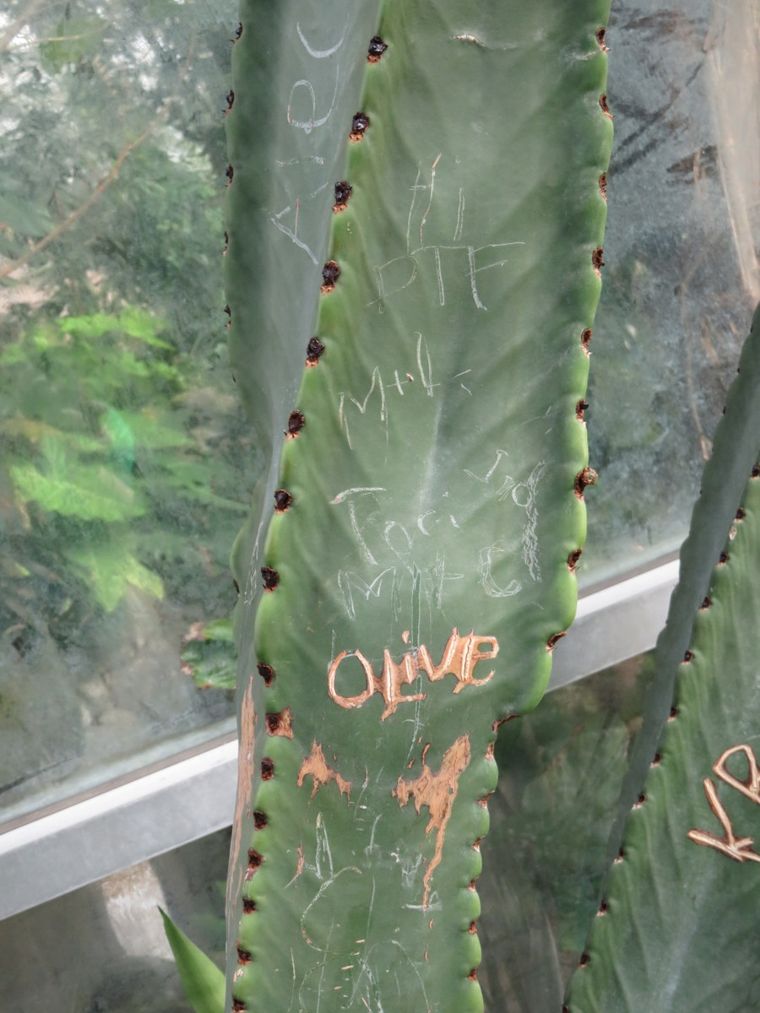 Graffiti on cacti at another conservatory

When did the practice of carving names in plants begin? Who found out that using a knife on smooth beech tree bark would create something that would be there forever?
I just found out about the autograph plant, a popular plant in Florida often used as hedges. The Clusia rosea has thick, leathery leaves that people scratch their names on. Guests at people’s homes are encouraged to do this and have their pictures taken next to it. This can also be used as a houseplant, here in the Northern climes, but I can tell you, people wouldn’t be scratching their names on it, in my home. This clusia was at Phipp’s Conservatory and was an exhibit to help people learn about this plant. 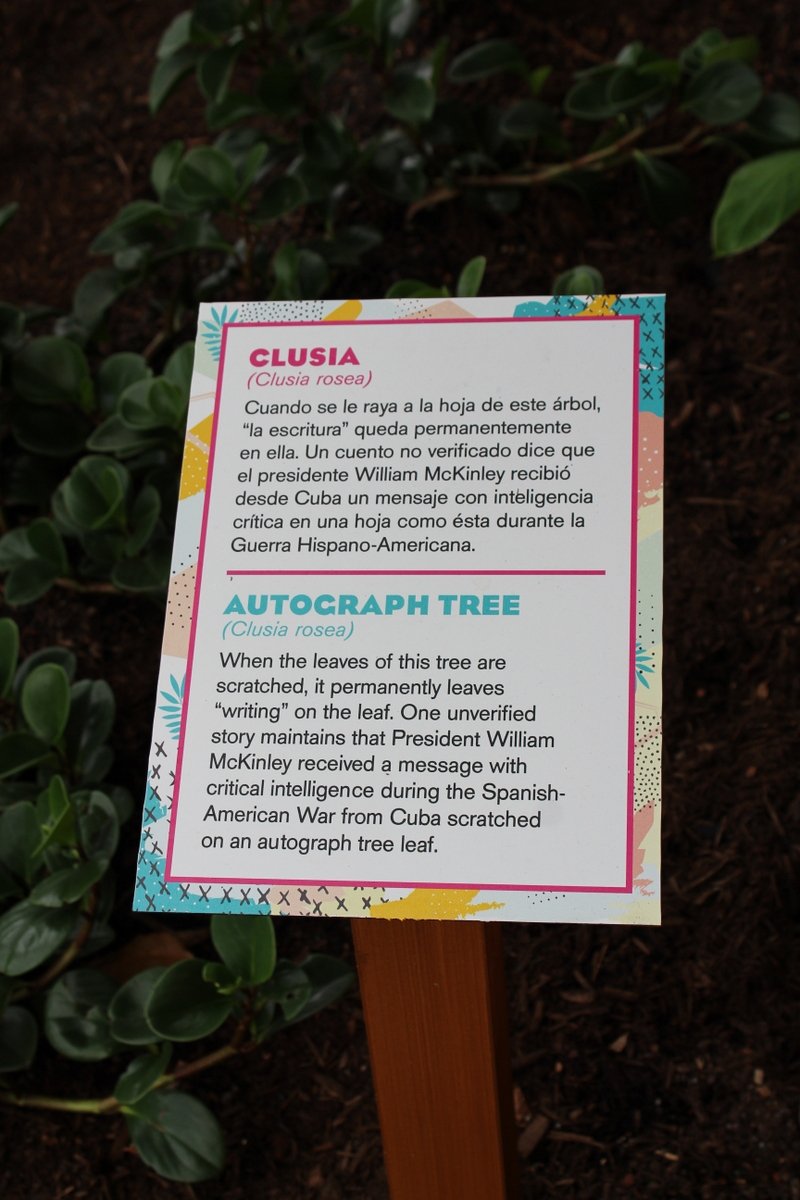 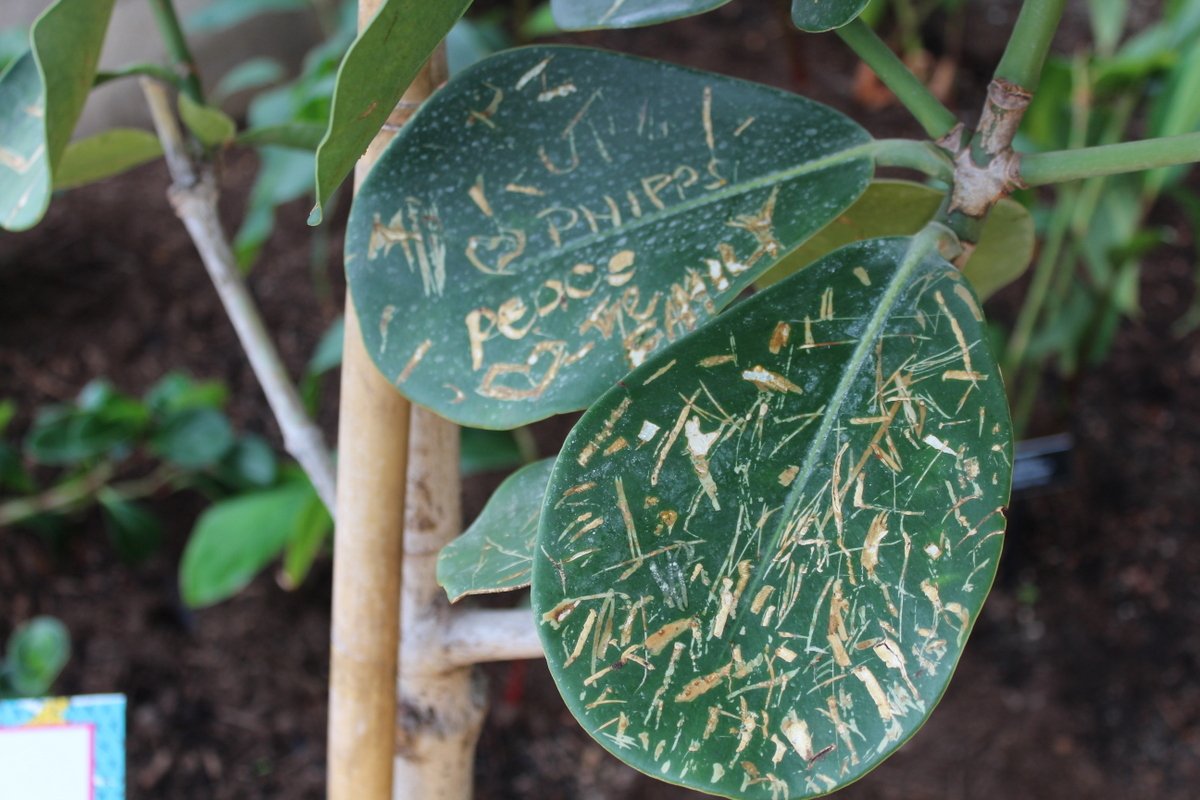 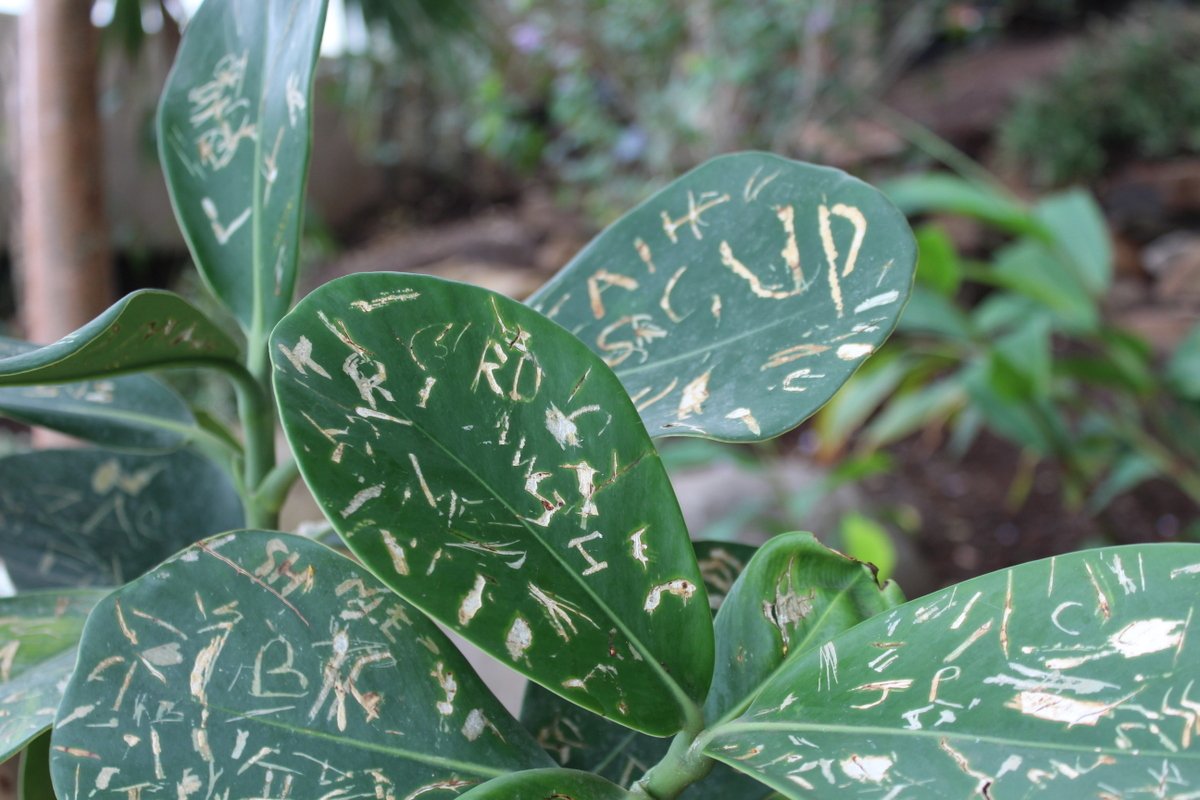 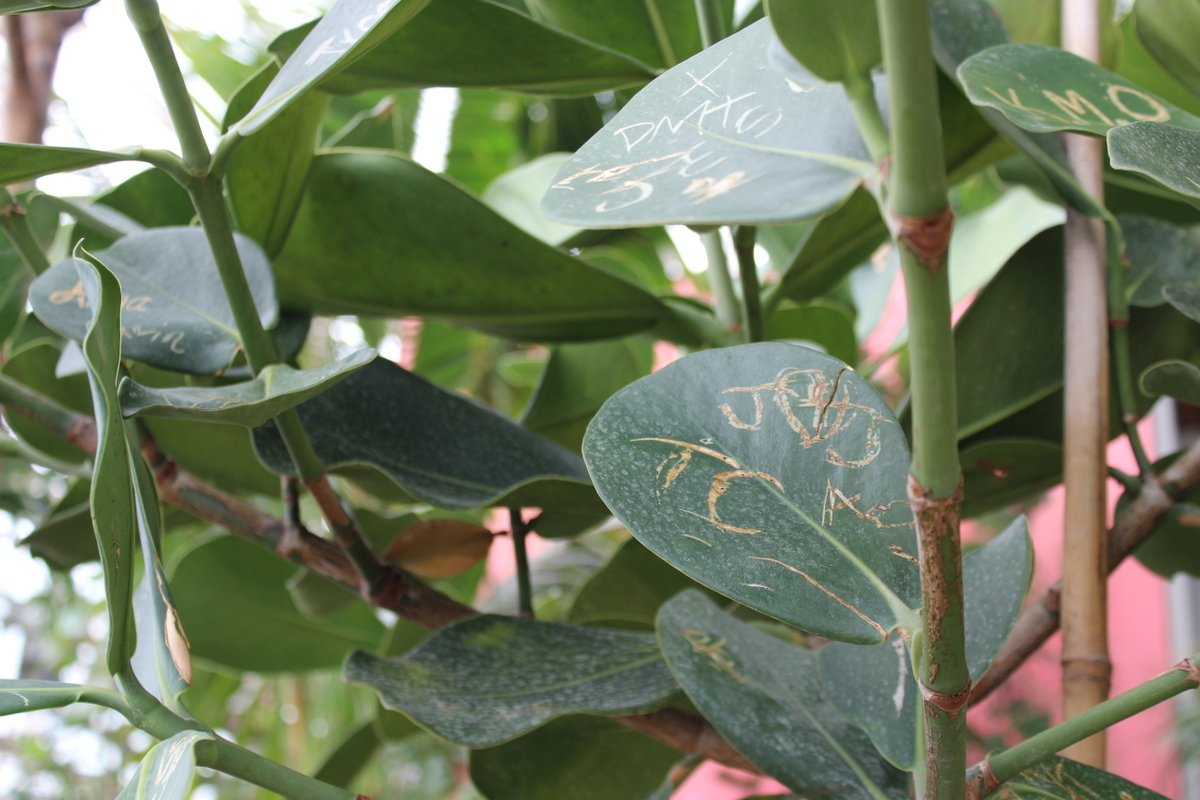 I have to admit, though, that I have seen this done to pumpkins and think it is quite ingenious. So, does that make me a hypocrite? I guess it does. If something is going to be thrown on the compost heap in November, I feel, no harm done. But, on the other hand, beech trees and this poor Opuntia, live for a very long time, defaced and scarred for all to see. 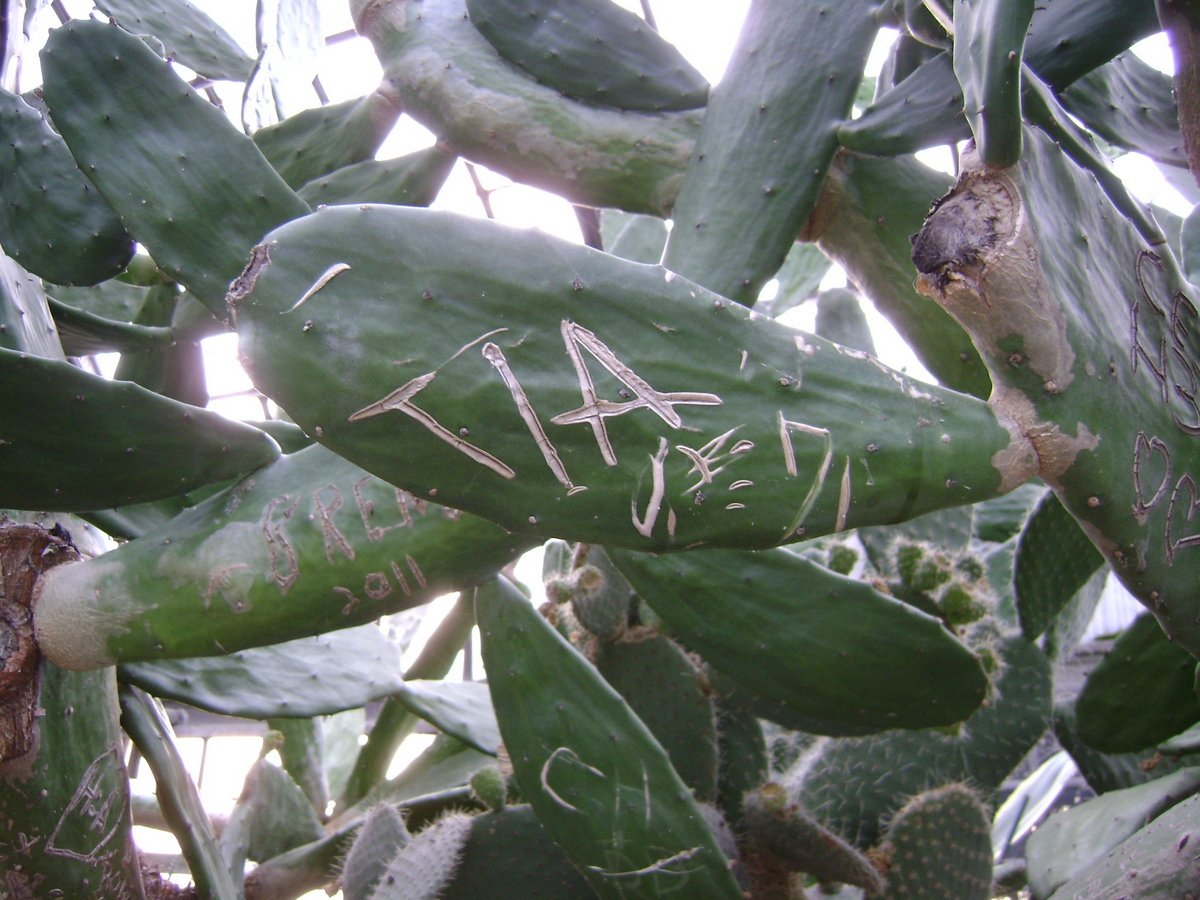 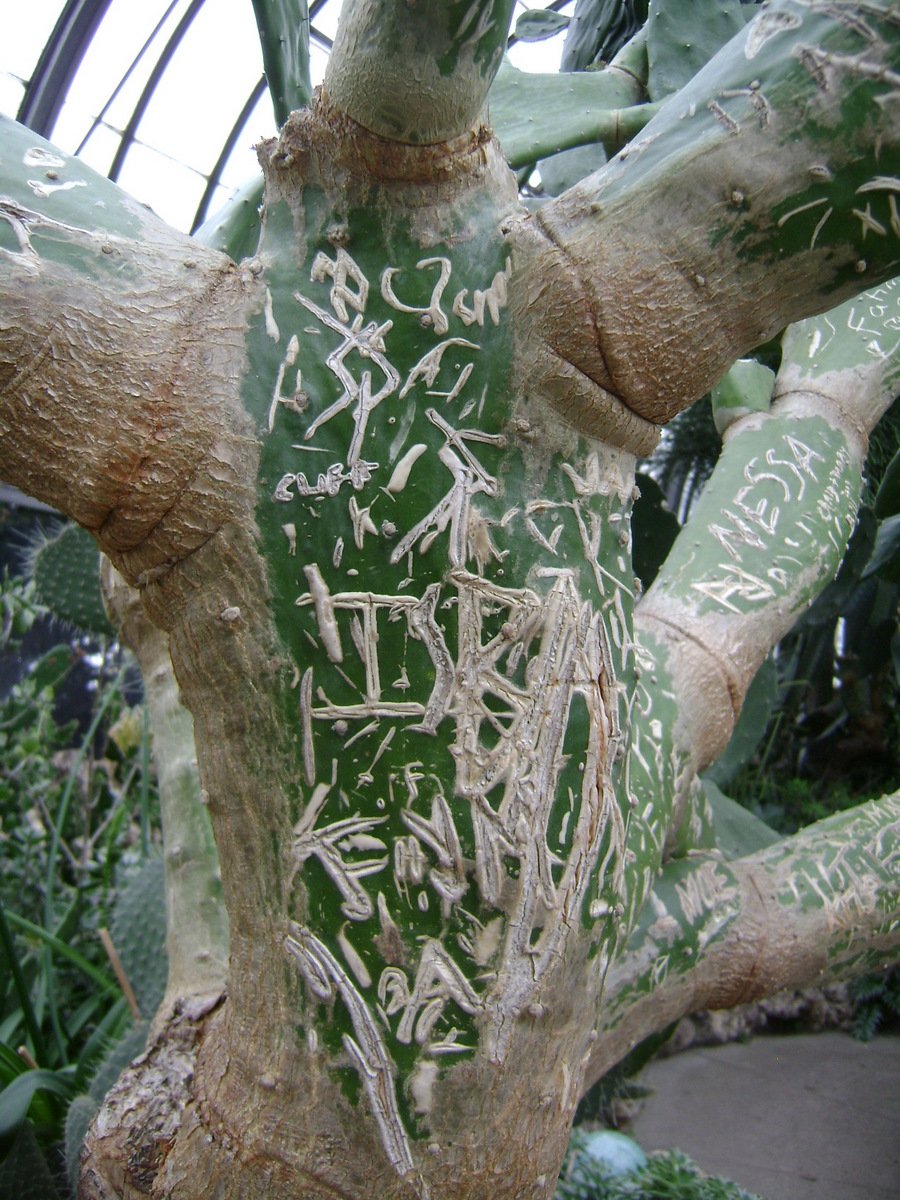 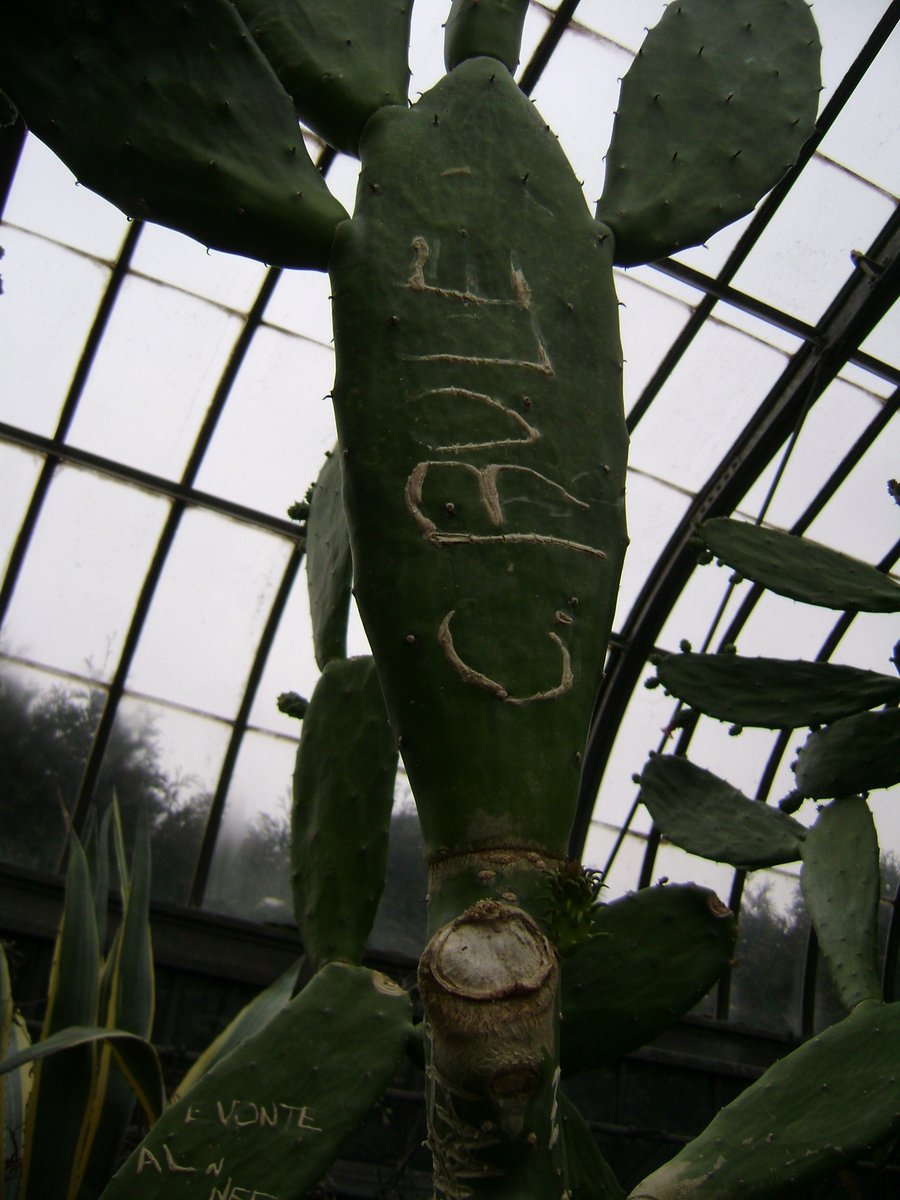 Belle Isle is looking so much better

The good news is, as my friend Nancy always says, a new horticulture director was hired and he has almost completely removed the graffiti and as you can see below the plant is beautiful again! Jeremy Kemp started working his magic at the conservatory in February of 2014 when he was hired as a contractor by the Belle Isle Conservancy and then was hired by the DNR in February of 2015 when they took over Belle Isle as a state park. If you haven’t been to Belle Isle lately, it is worth the trip. Jeremy and his team have completely overhauled the conservatory and it is a shining gem on Belle Isle once again! And it is graffiti-free! 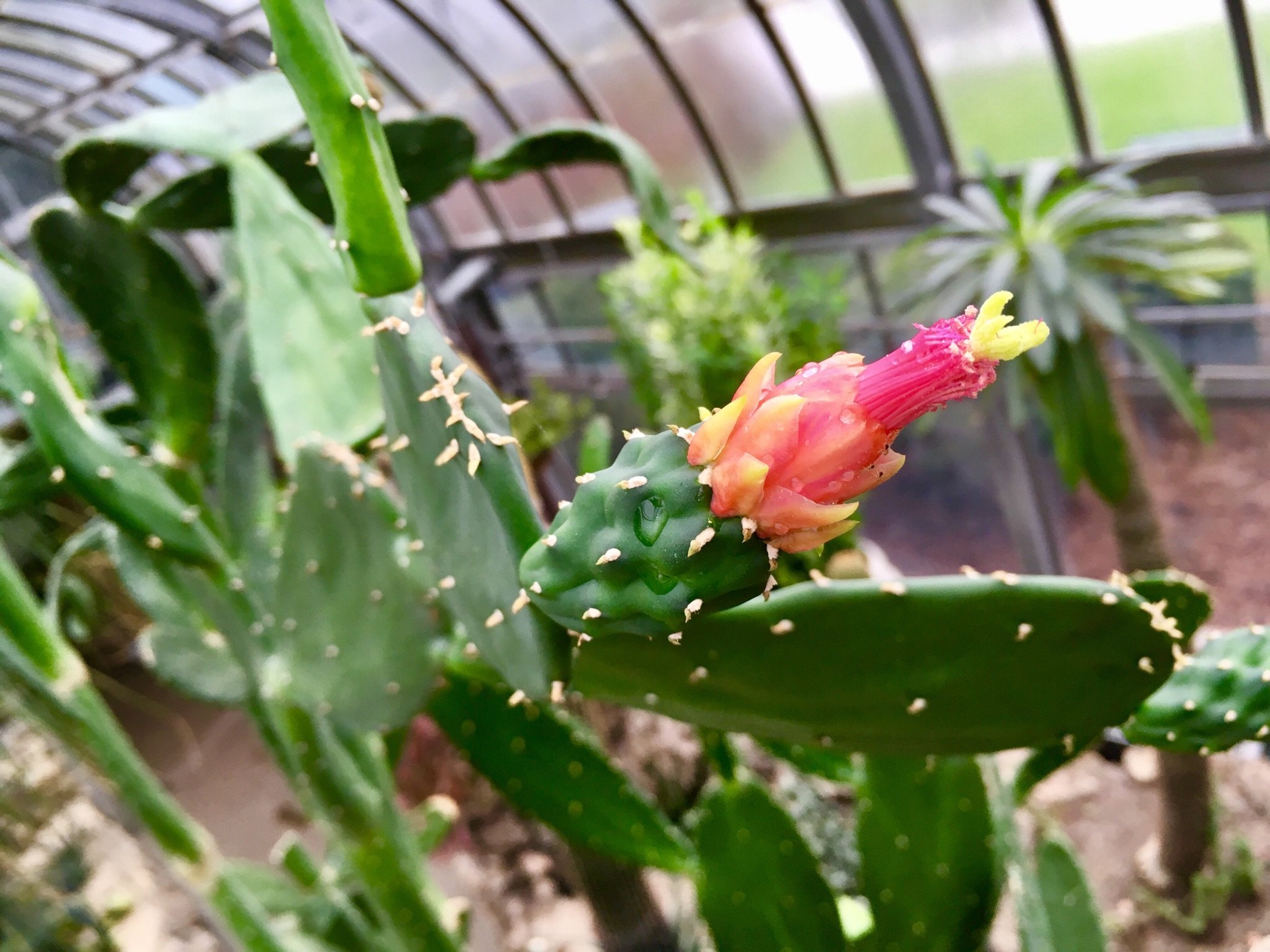 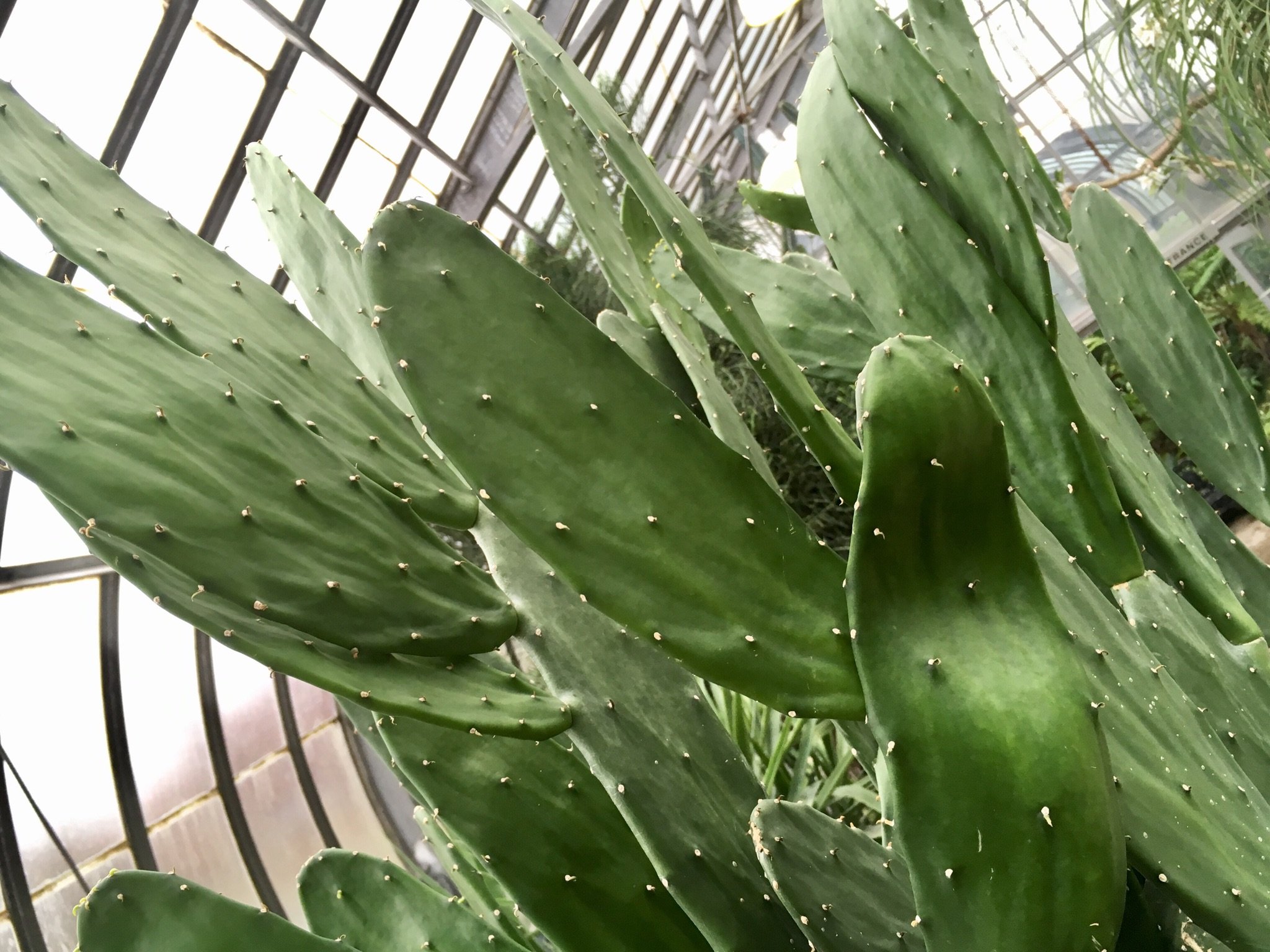 What are your thoughts about graffiti on plants?