Do You Know Some Houseplants Can Become Huge in Nature? 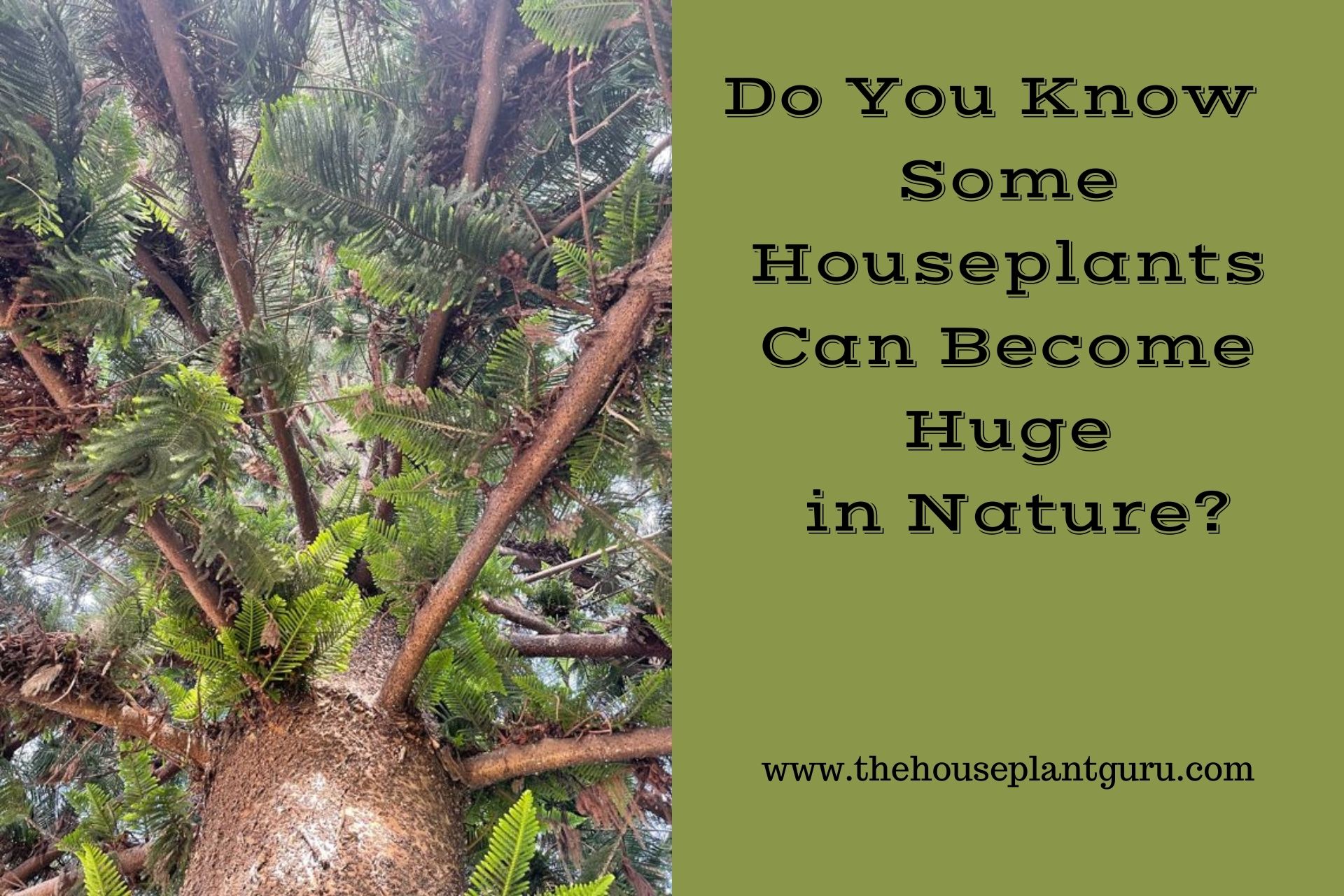 I visited San Diego last week and had so much fun! I visited a succulent nursery with an Instagram plant friend, bought some hoyas and cacti, visited Balboa Park and the San Diego Zoo. It was apparent I was a complete plant nerd when on a walk I took over 100 pictures of landscape plants because they are houseplants in Michigan. I’m sure the San Diego residents thought I was crazy taking pictures of plants along the sidewalk like they were botanical garden specimens! A few of the plants I saw I had to look twice at because they were so huge. Do you know that some of our houseplants grow to enormous proportions in their native habitats? Let me show you a couple.

The first one I saw was at Balboa Park and it was a rubber tree or Ficus elastica. My daughter and son-in-law were even more amazed than me as they have only seen it as a houseplant and it was huge. 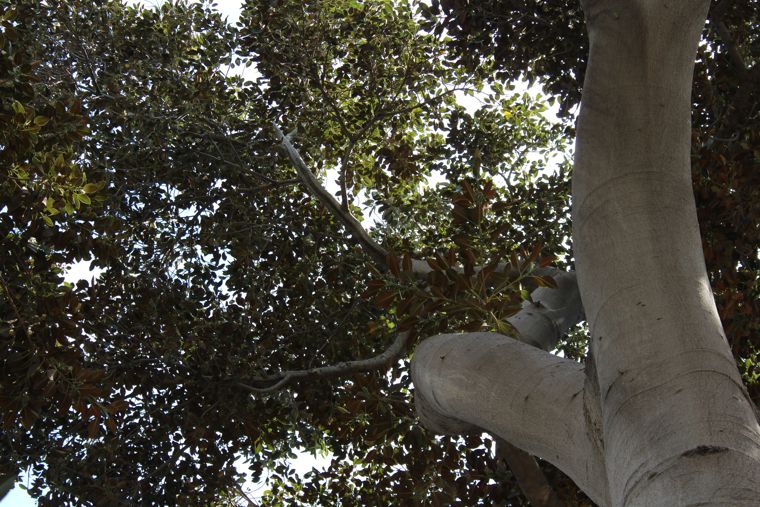 Looking up into the canopy of the rubber tree 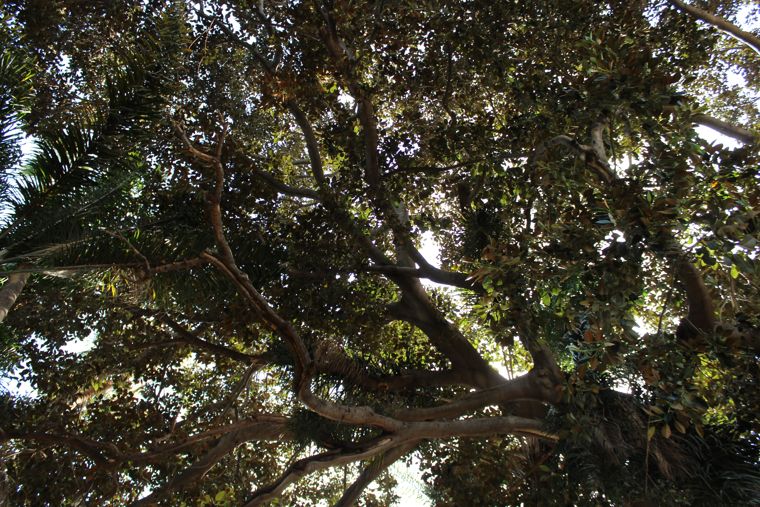 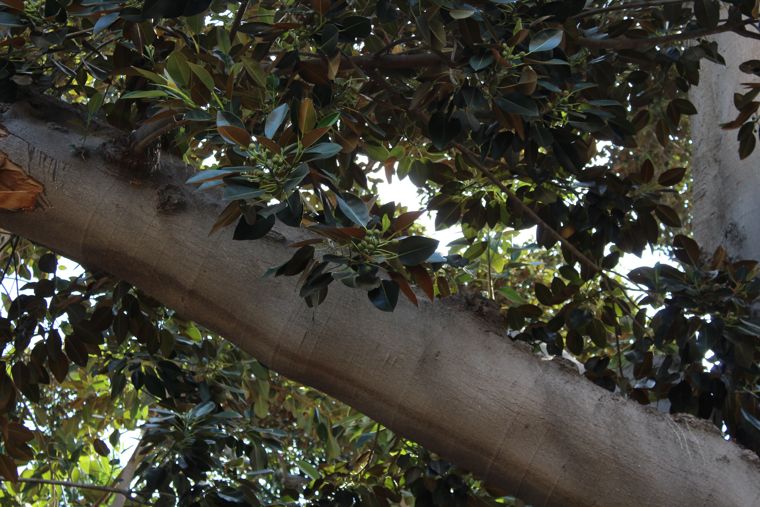 Look how large the branches are

In nature, these trees can get 50-100′ tall. You may know them as a houseplant that you are hoping won’t outgrow your space. I’m having a hard time with mine as it is hitting the ceiling so I will either cut it back or air layer it to make it shorter. Good thing they don’t form the buttress roots in our homes that you see below! Those roots are amazing, though, and are formed as they are shallow-rooted plants and need them for support and to gather nutrients across a larger area. 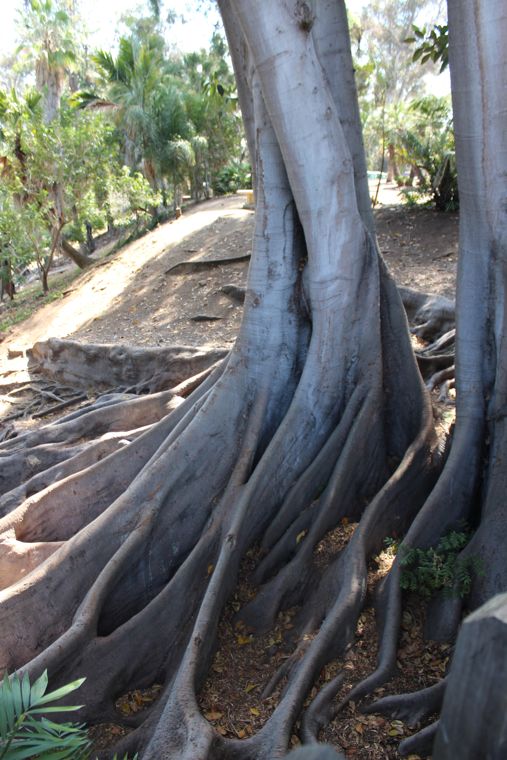 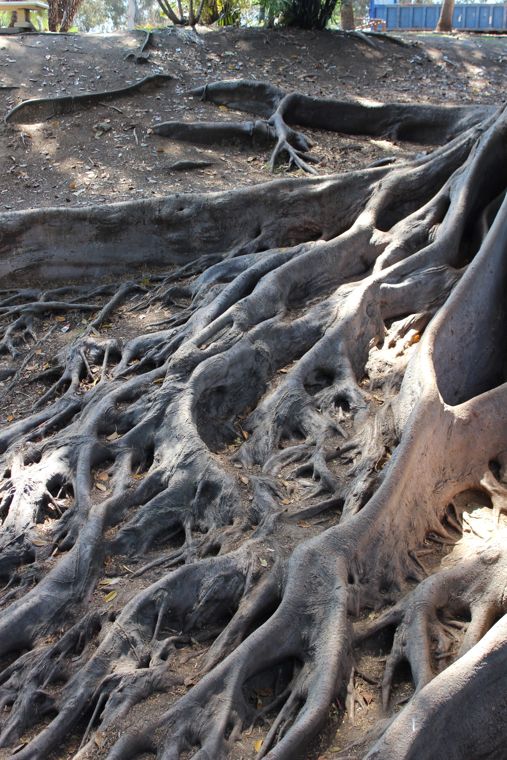 I felt like I was in a Jurassic Park movie. 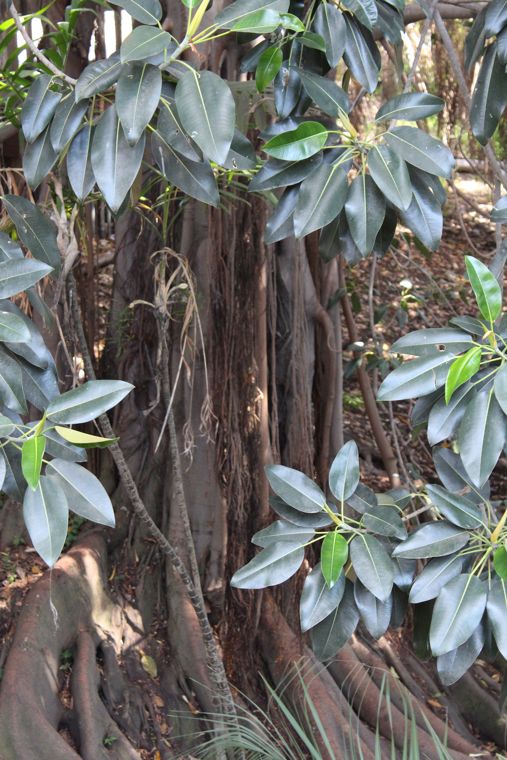 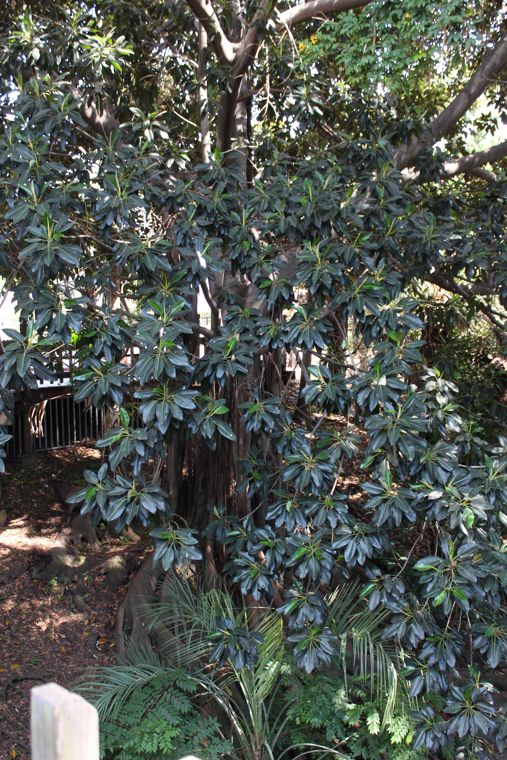 The leaves of the ficus 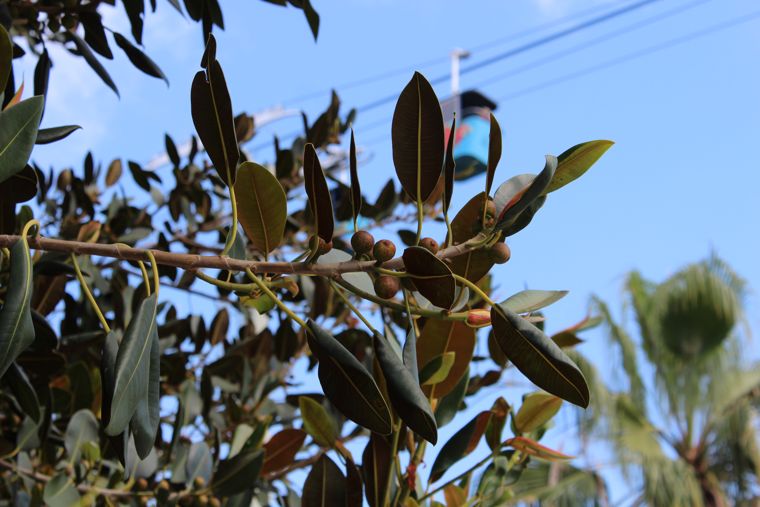 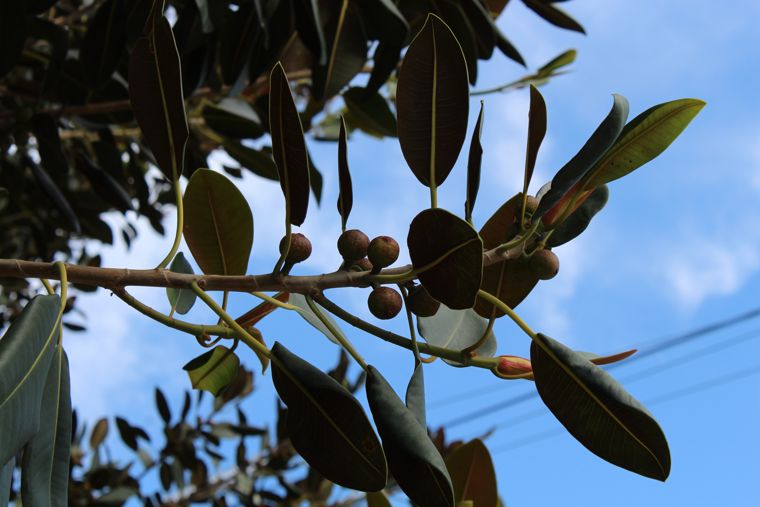 The fruit of the Ficus elastica

The second trees I saw were two Norfolk Island Pines planted on either side of the entrance to the Coronado Island library. They were so beautiful and huge. If you were from the midwest as I am, you might walk right by them, thinking they were a Norway spruce or concolor fir or some other evergreen. They are conifers, but not true pine trees and are native to Norfolk Island near New Zealand where they can grow up to 200 feet tall. I don’t think they will ever become that large in Southern California, but am not sure. Remember these pictures below the next time you see a tiny Norfolk Island Pine in the store during the holidays. 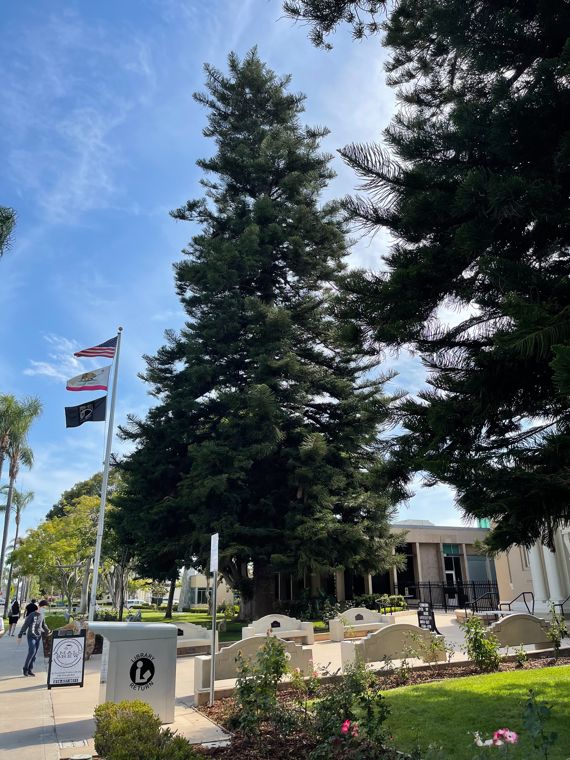 Look at the flag pole to the left for scale 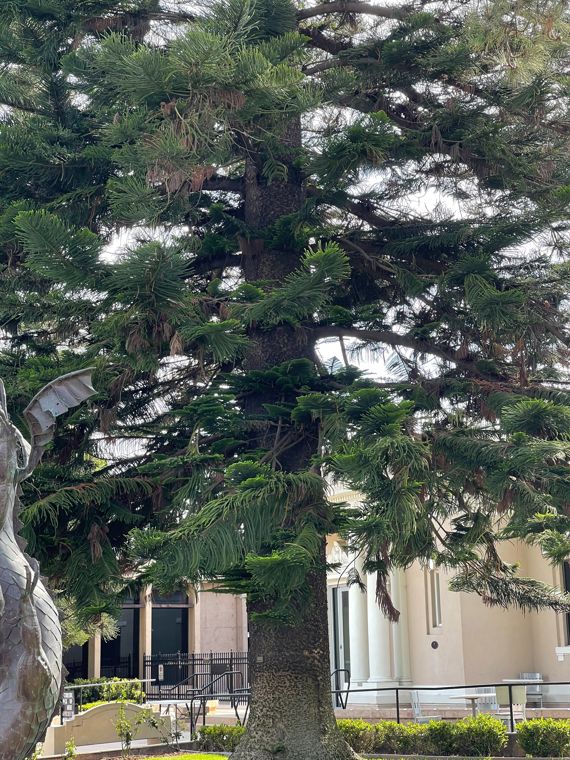 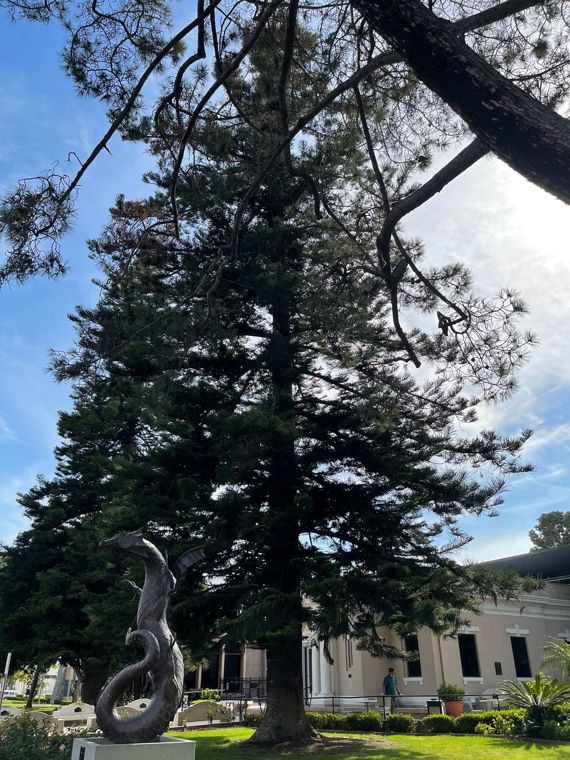 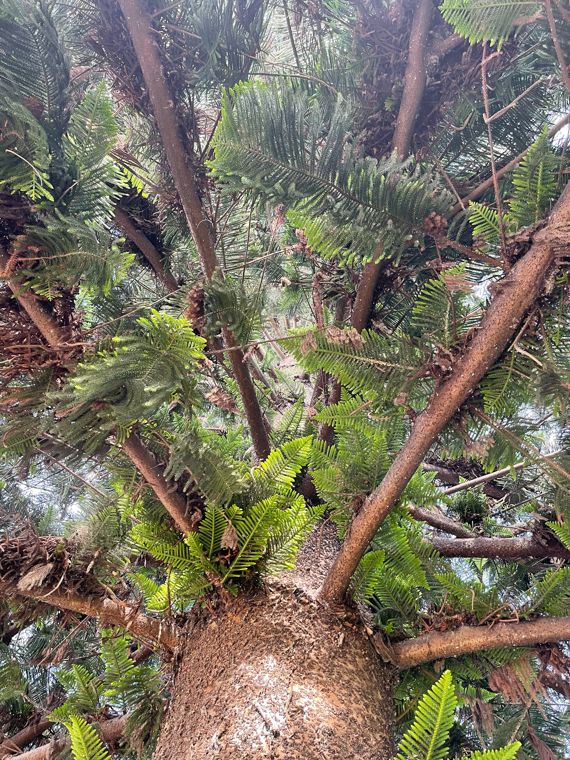 Looking up into the branches 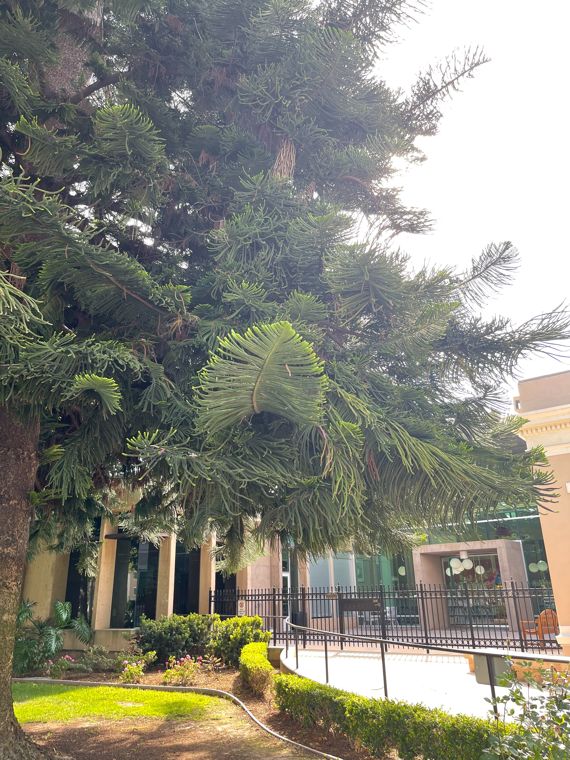 A bit closer up 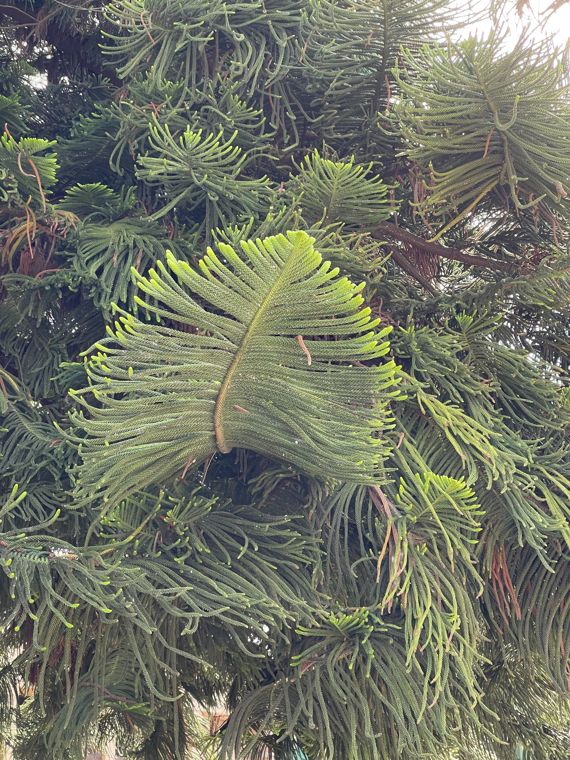 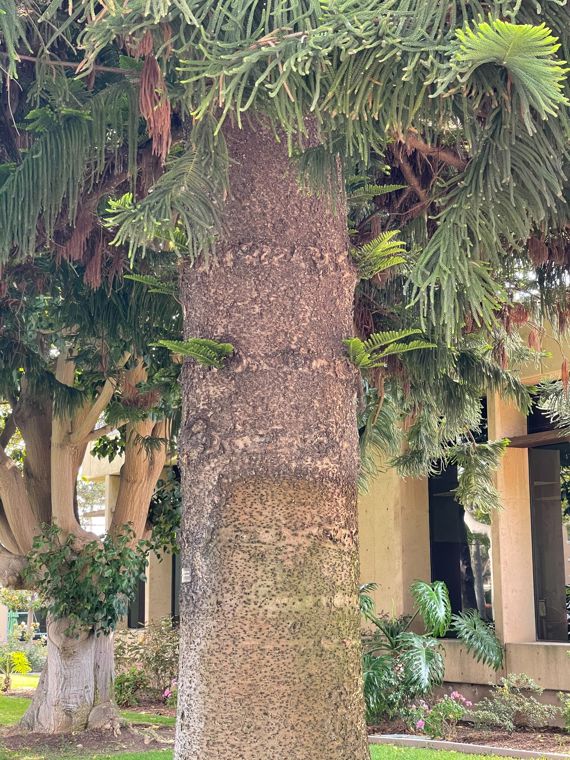 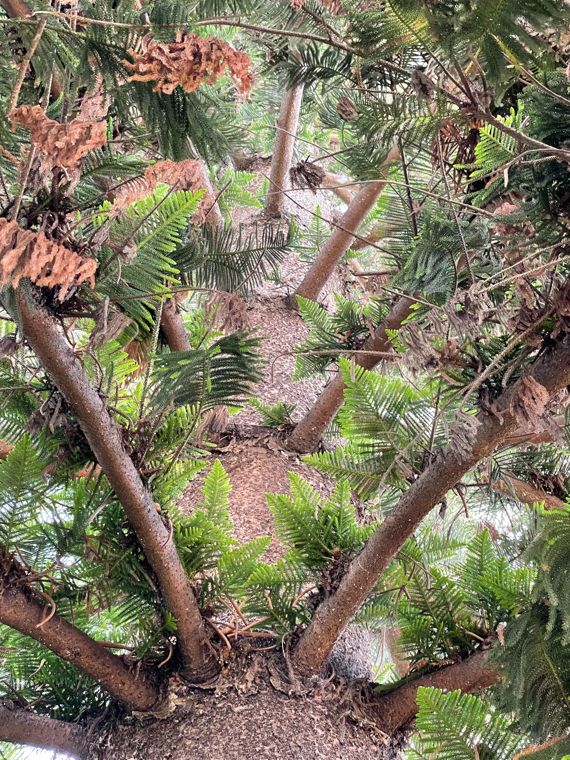 Looking up into the branches

The succulents and cacti were also incredible. The pictures below are of euphorbias and they are succulents, not cacti. If we are lucky, in our Michigan homes they might be 4-5′ tall after many years. In midwest conservatories, they do get large, but usually not this enormous. I loved it! 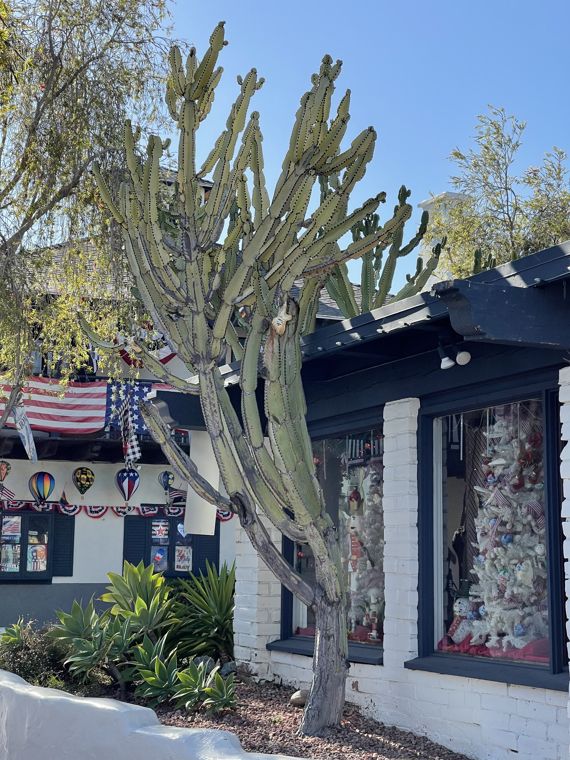 Euphorbia larger than a building 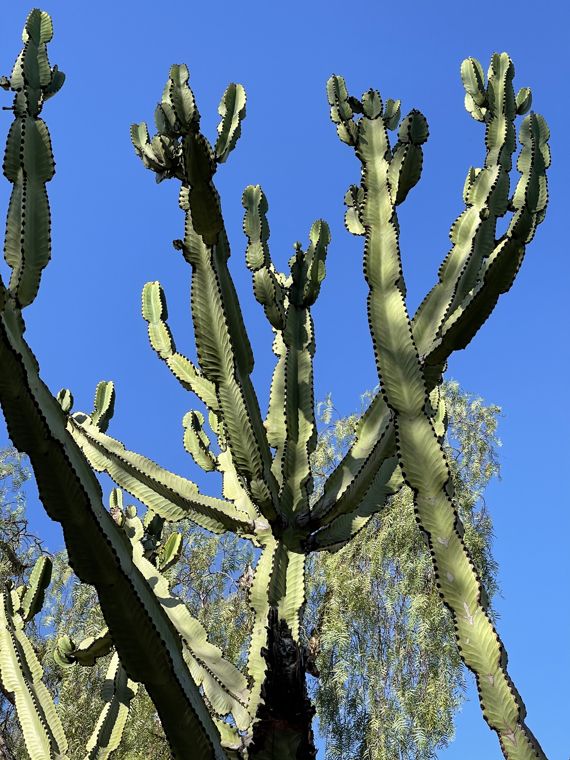 The plant below was at Balboa Park and it was not only tall but extremely wide. I should have had someone stand in front of it for scale. It was crazy. 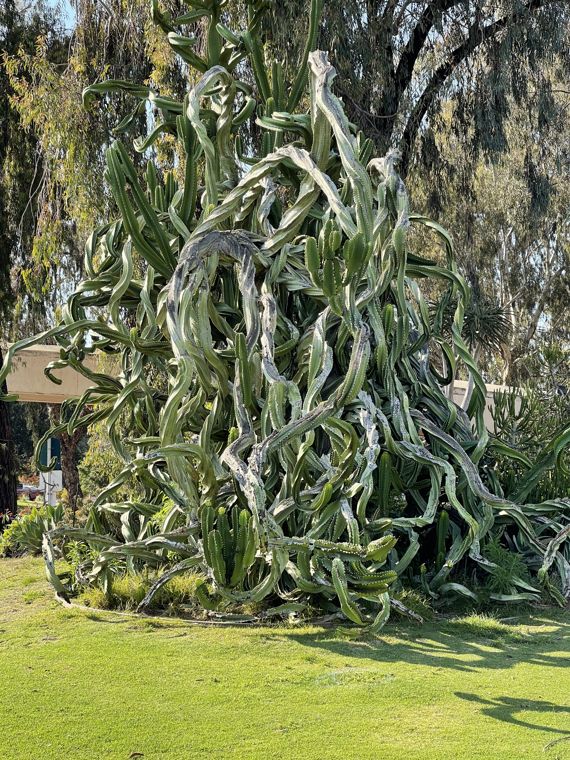 These plants are great houseplants as long as they get enough light, especially the euphorbia. If it doesn’t get enough light, it will become etiolated. It may flop over, became pale,  and could even rot if in too little light and kept too wet. As you can see, they are all growing in full sun in San Diego, so here in Michigan, they would need to be in as much light as possible to grow best. They can become acclimated to lower light levels but may not do as well.

Next time you are in the southern United States, look up and you might be surprised as you may be looking at a huge specimen of one of your favorite houseplants.