What Should I do With a Dish Garden? 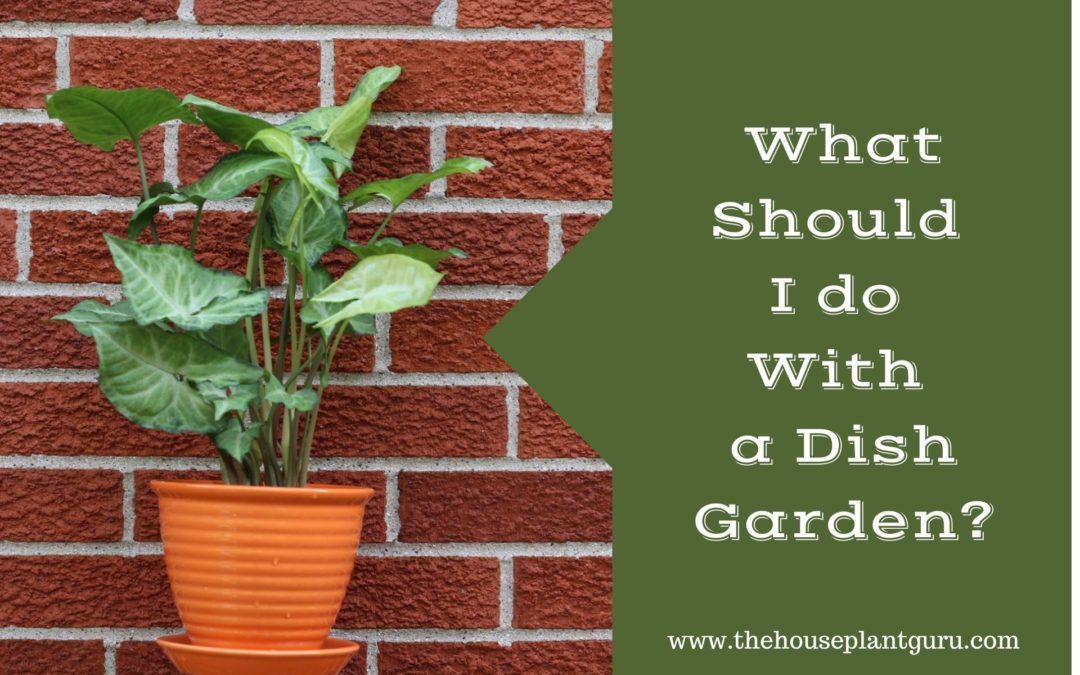 Most likely you have received a gift dish garden at one time or another from a florist or garden center. I received this one after I lost my mom two months ago. Honestly, it suffered a little because I haven’t been as attentive to it (or anything) as I should have been the last couple of months. One plant has already expired and I didn’t want to lose anymore. What should you do with a gifted dish garden? 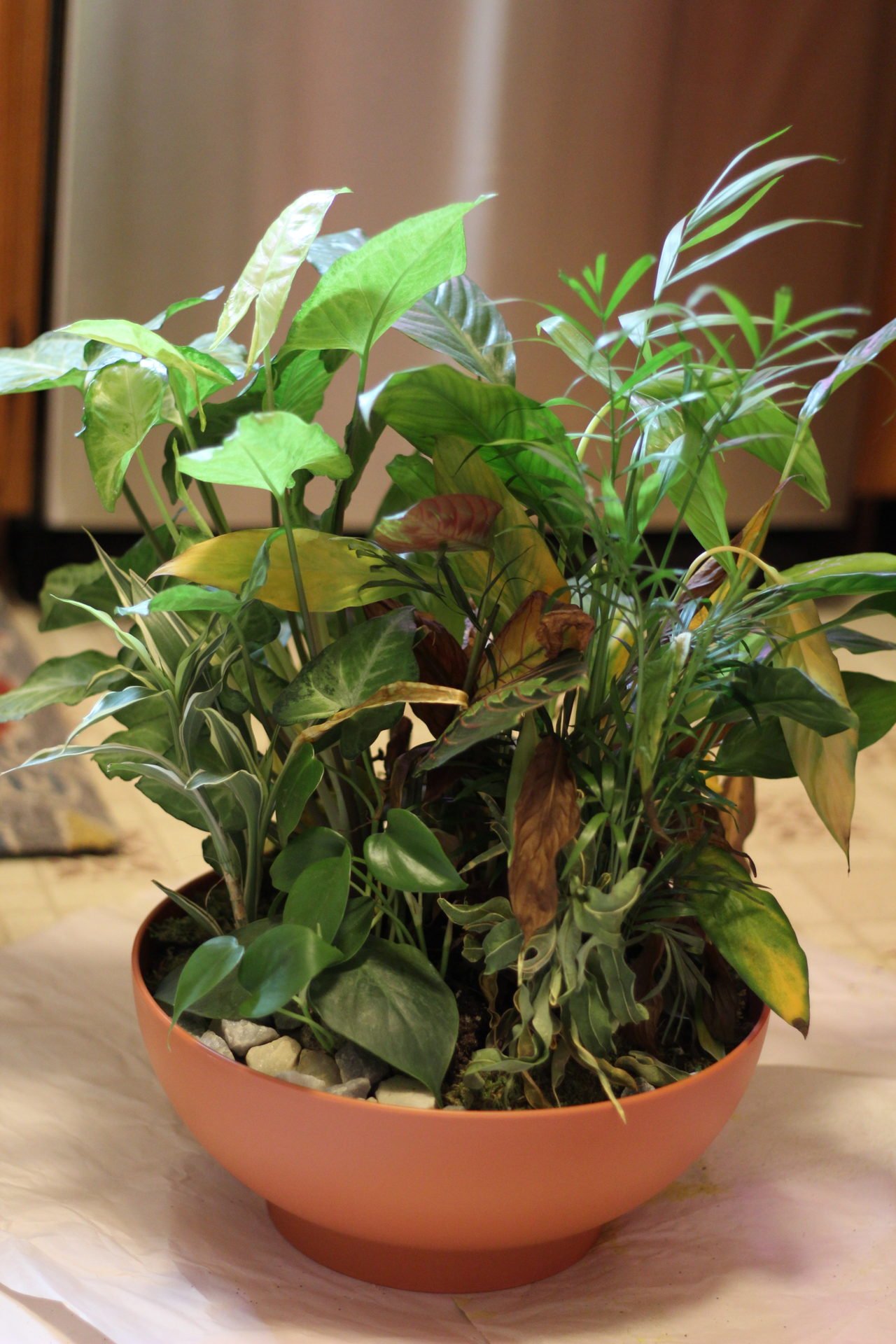 A dish garden received as a gift

In my opinion, the first thing to do is to remove the plants from the dish garden and separate them. Often plants in a dish garden aren’t compatible. They may need different light and water levels and the containers never have drainage holes. That being said, I have seen very old dish gardens still living together and growing like crazy. They acclimate to the care they are getting and if the owner waters them carefully, it can work. (Have you ever seen them? Usually, they are overgrown, have dead leaves, and are dusty and pretty awful. They always seem to be at doctor’s offices? Am I right?) I decided to remove the plants and put them in individual pots. I wish I had done it earlier, but life is what it is. Below, you can see the dead croton, some spathiphyllum leaves, and the decorative rocks I removed. I think the spathiphyllum lily was planted too deep by the florist and parts of it had rotted. 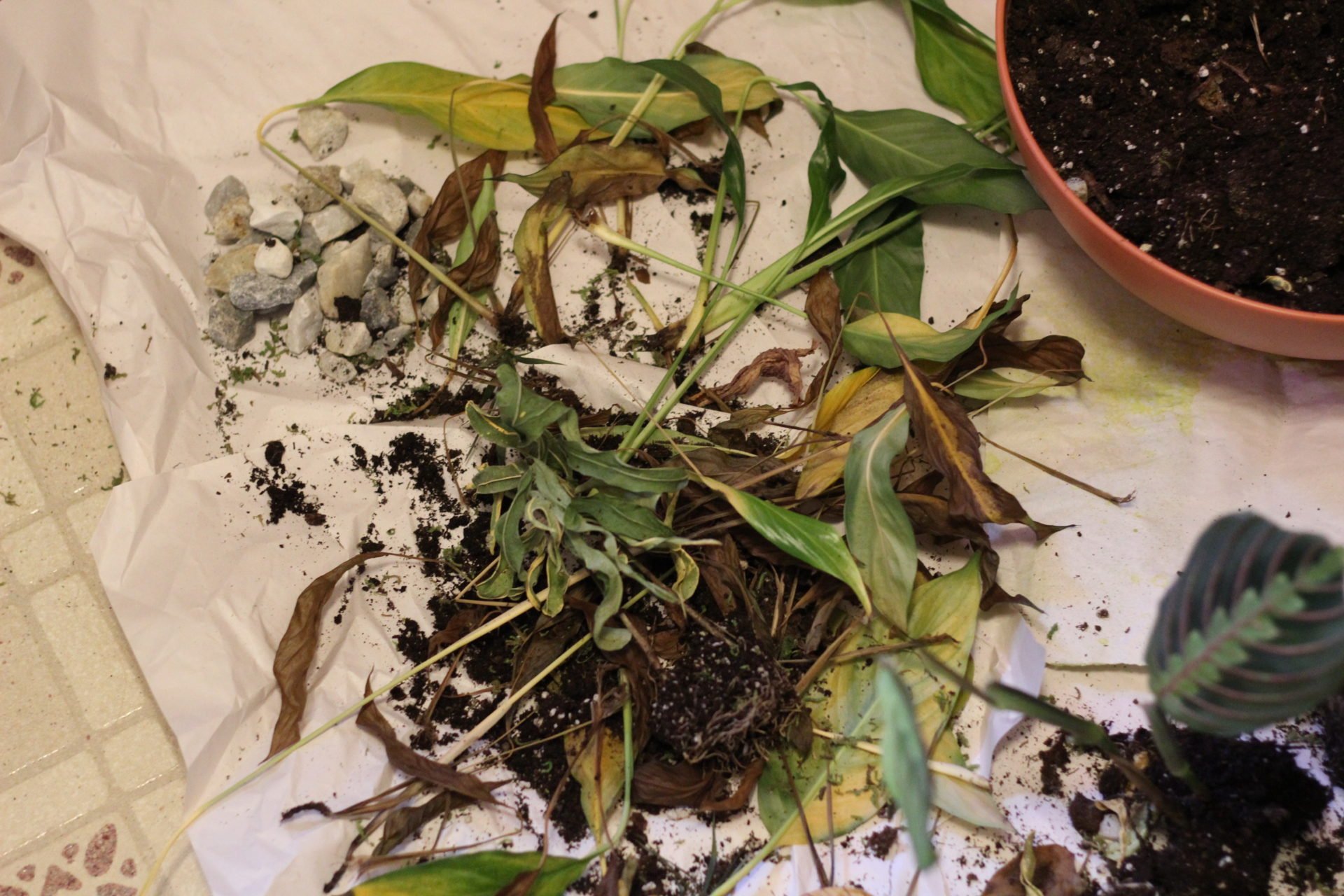 Some of the plants didn’t make it.

The plants hadn’t rooted in yet so they were easy to remove. You can tell that most of the plants had previously been growing in 2′ pots except the spath and the syngonium which were in 4″ pots. There were seven plants originally in the dish garden including the dead croton. From left to right: spathiphyllum lily, parlor palm (Chamaedorea elegans), a prayer plant (Maranta) laying across the palm, a heartleaf philodendron in front, a Dracaena sanderiana, and a syngonium. 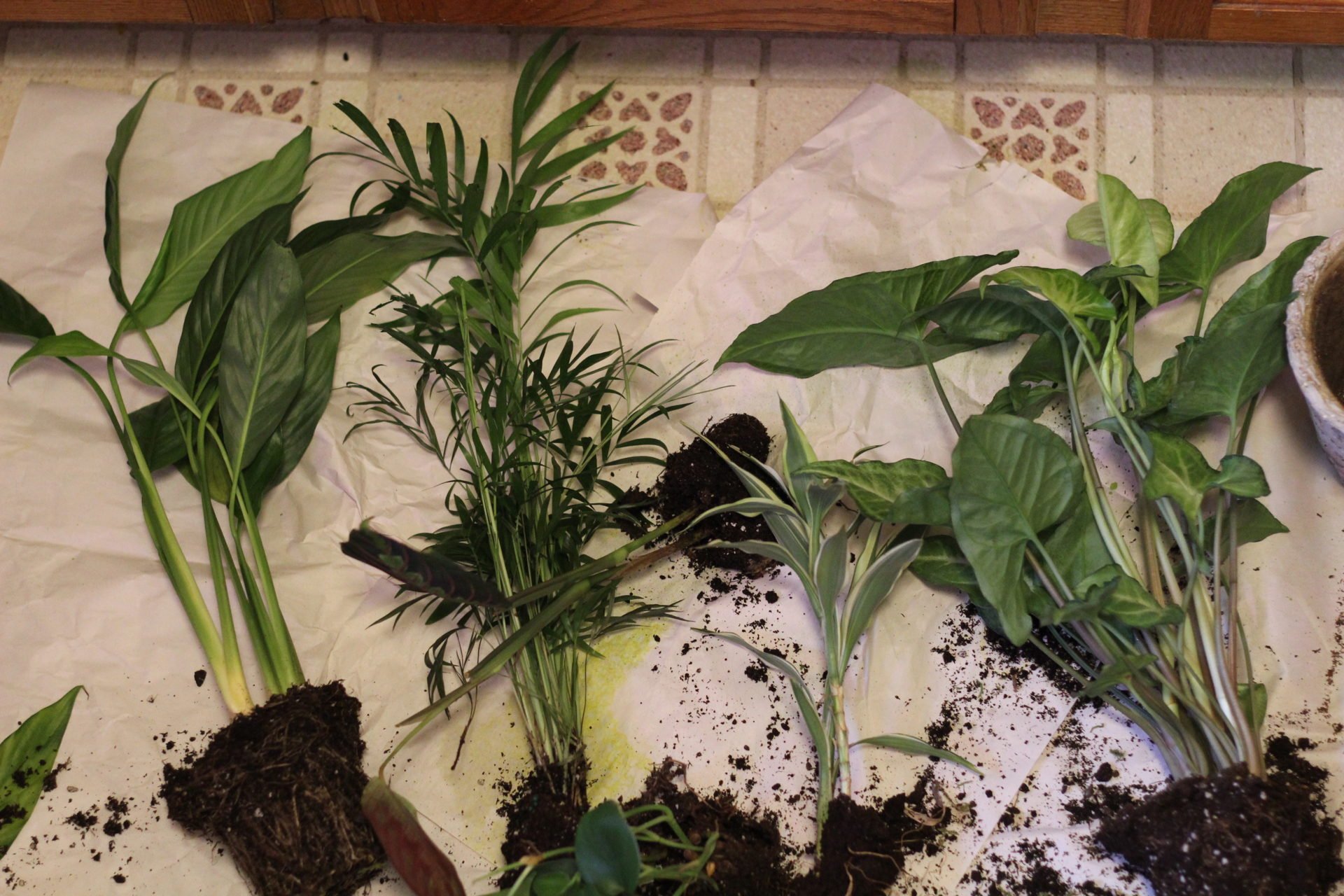 The plants spread out after removing from the container.

I separated them and potted them up individually. Now I can give each plant what it specifically needs including water and light levels. 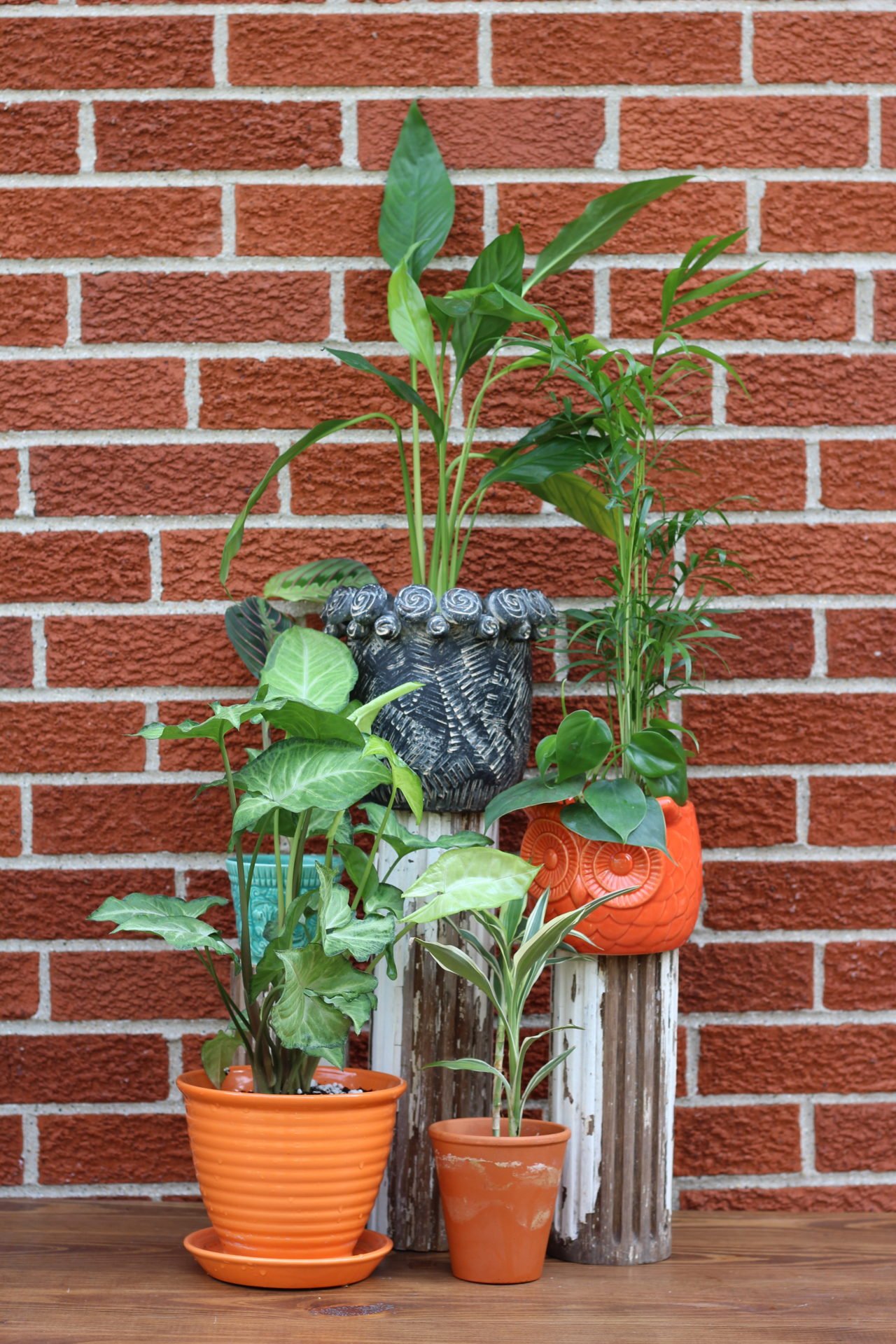 All the plants are planted up individually.

Since this gift was given to me for my mother’s funeral and her favorite color was orange, I planted two of the plants in orange planters. It is one of my favorite colors, as well. The ribbed orange planter was actually a planter I had bought for her years ago and it came back to me. She would love it! 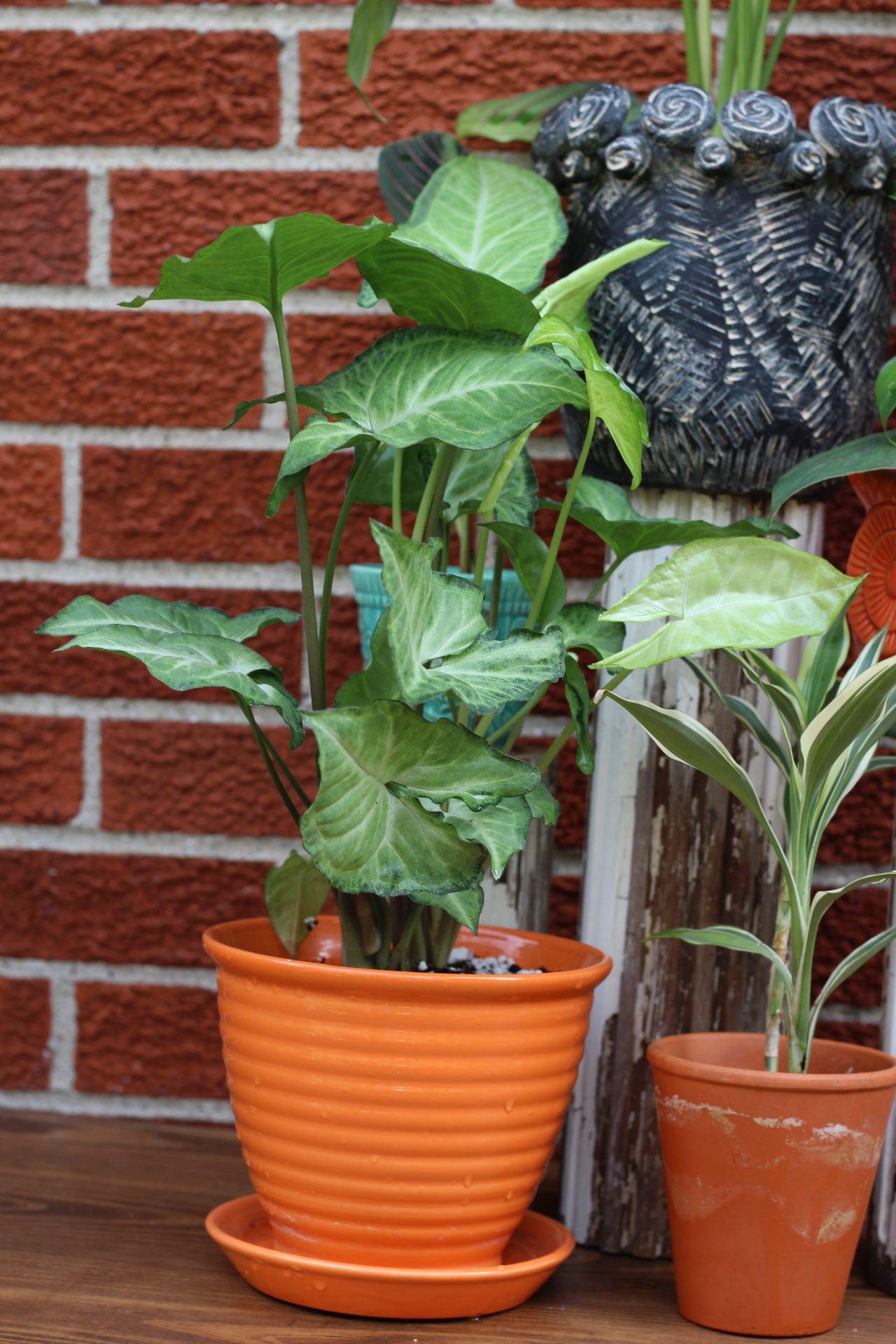 The syngonium in an orange pot to honor my mom 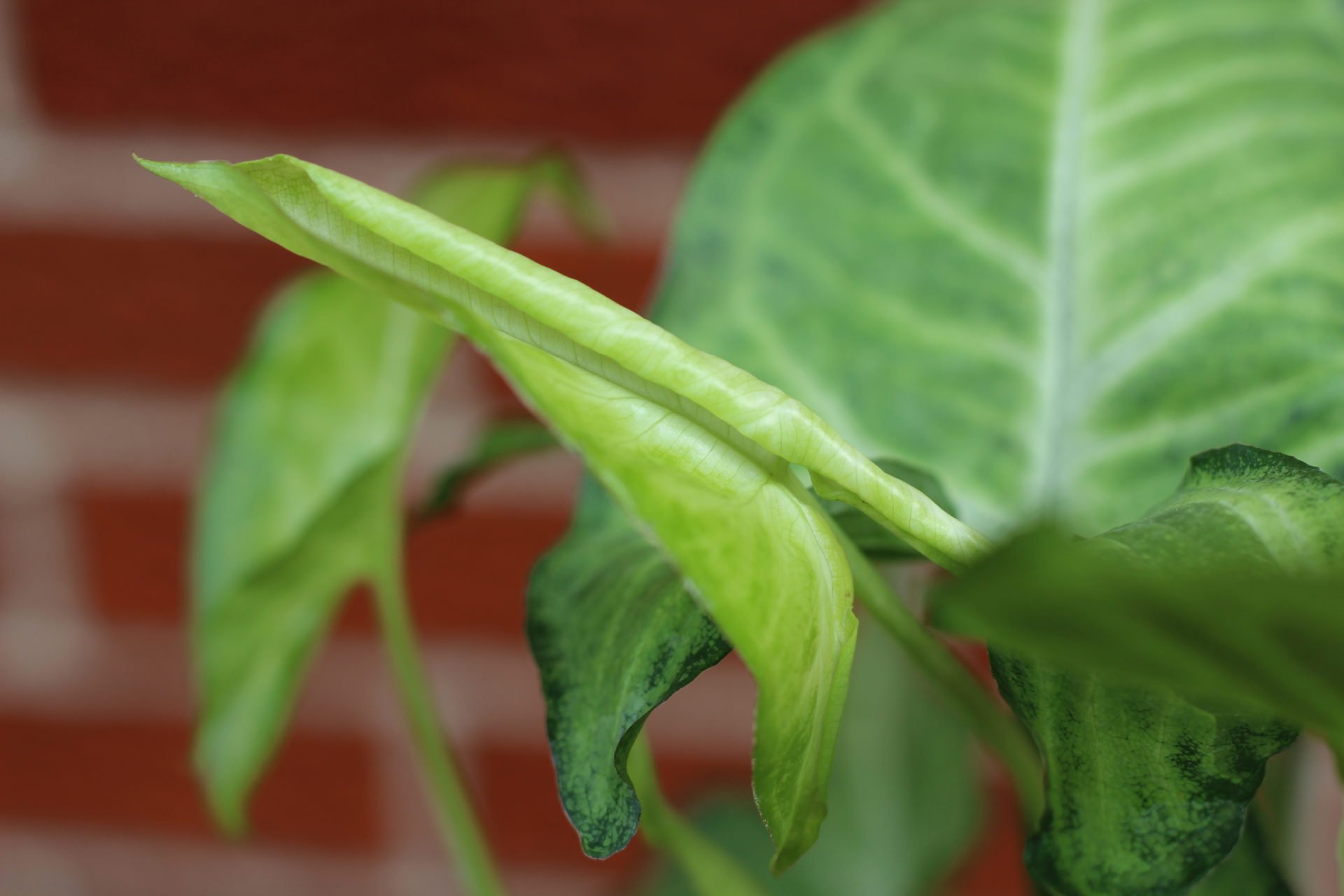 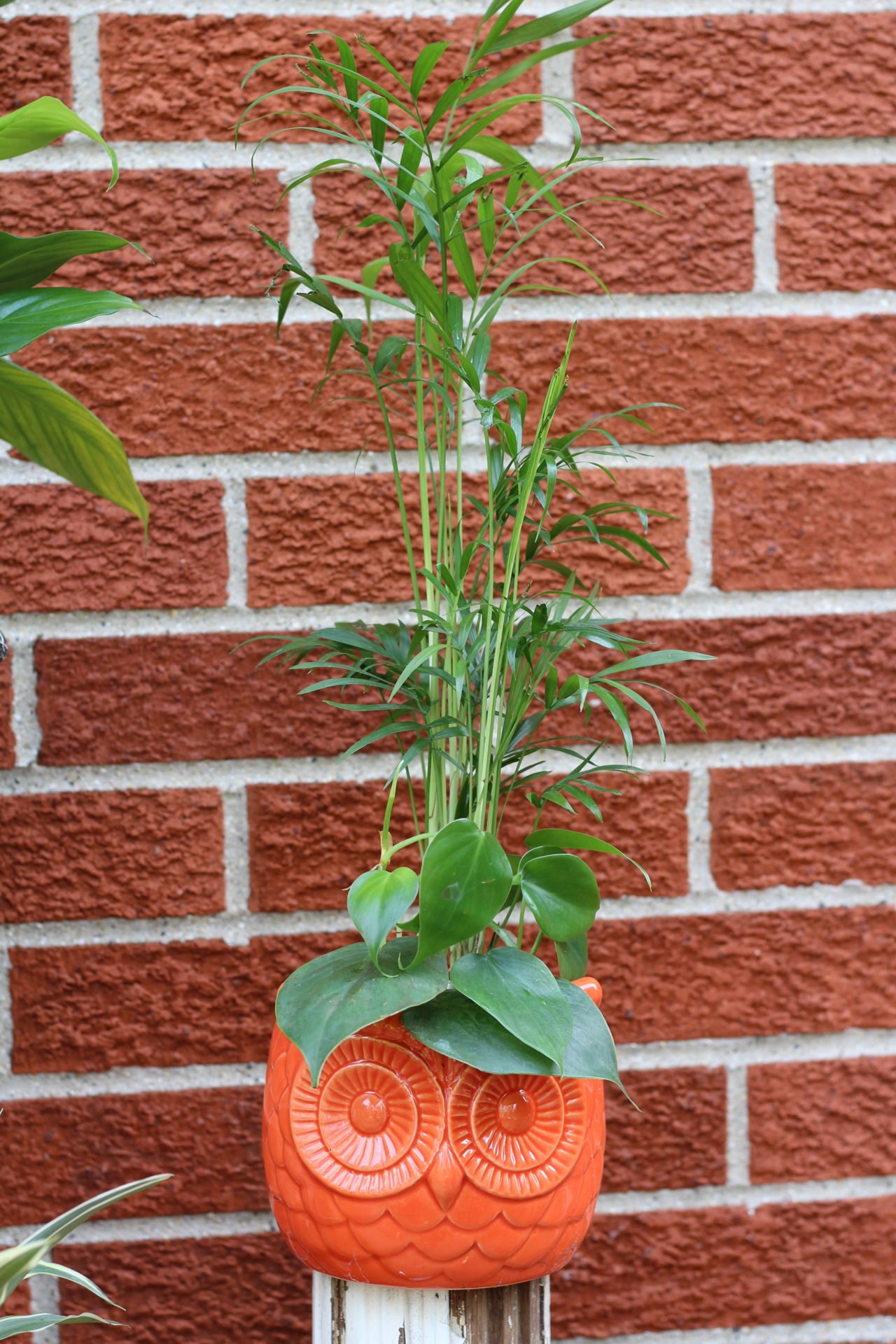 I have to put the palm up high because as you can see, if you look closely, Henry has nibbled on the leaves. Such a baaaddd kitty!l! 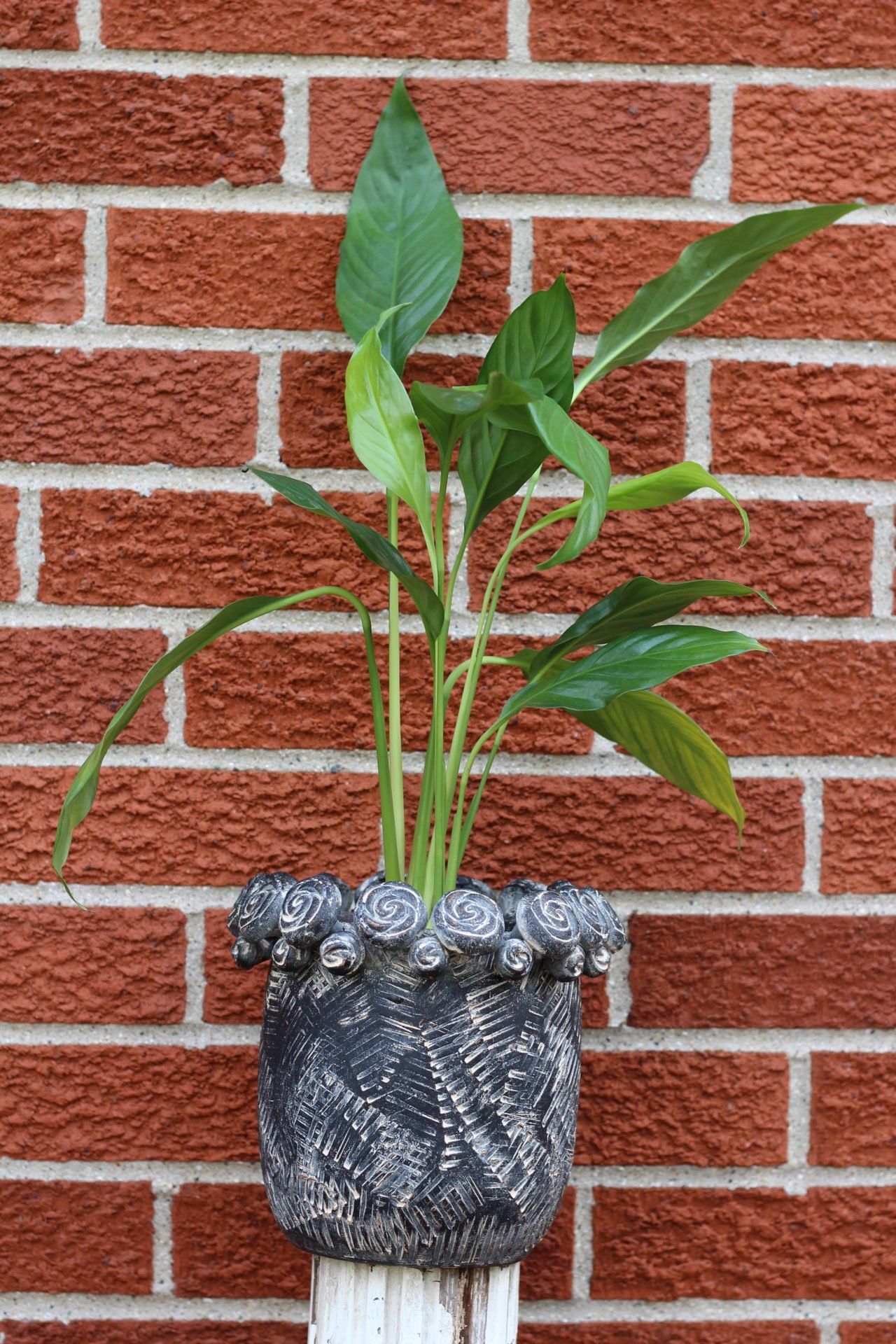 A spathiphyllum or peace lily

If you get a dish garden, it is my opinion that it is best to separate the plants and pot each one up individually. That way, each plant can receive the conditions that would be best for it.

Hope you have a great week, plant friends!