How to Care For The Shingle Plant- Rhaphidophora korthalsii 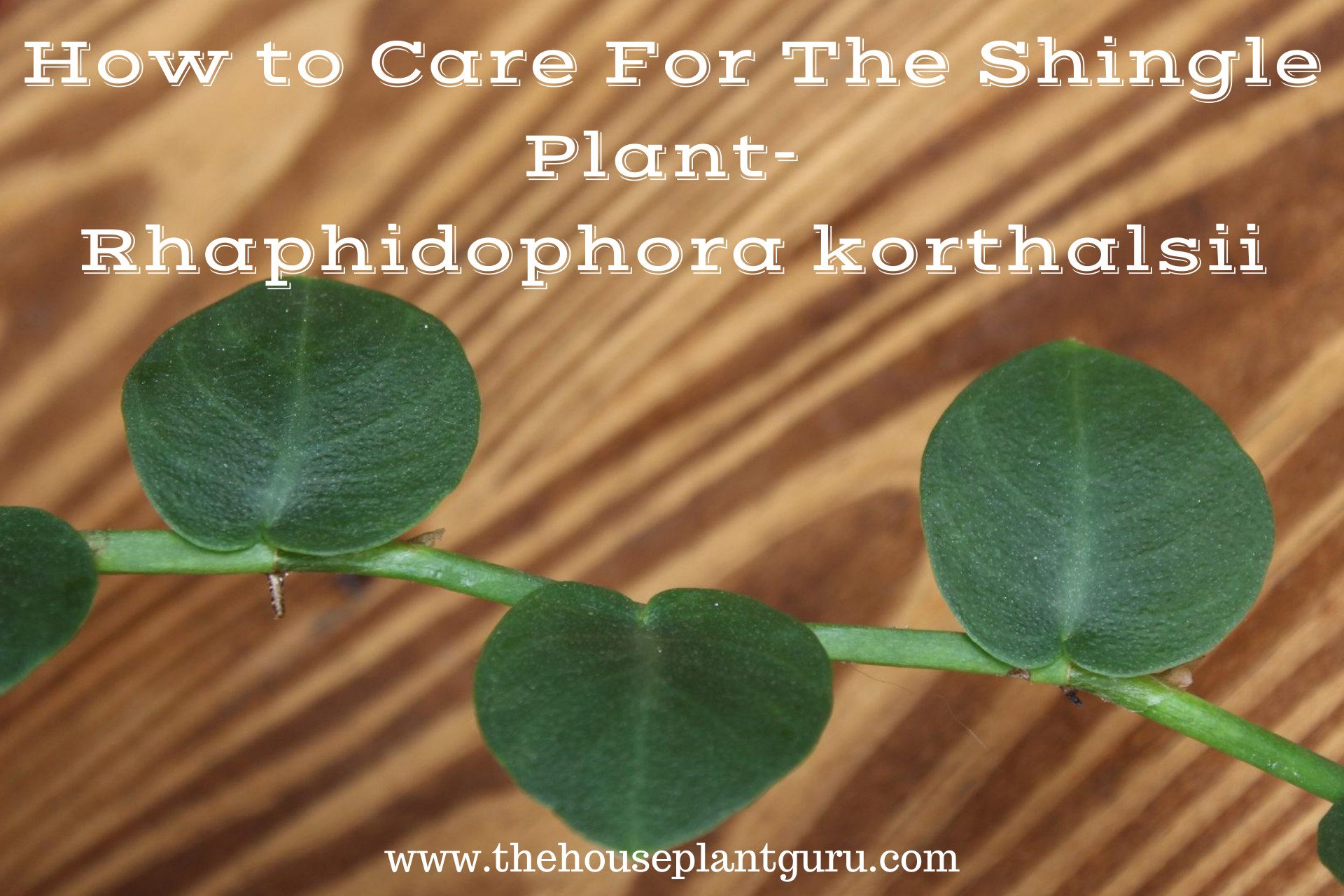 I absolutely love this shingle plant (Rhaphidophora korthalsii {syn. celatocaulis}) and have been intrigued by it since the first time I saw it at Frederick Meijer Gardens. I just loved how the plants grew completely flat to the rocks. I found one and purchased it but have no recollection of when or from whom. I don’t even have a tag in the plant, which is unusual. 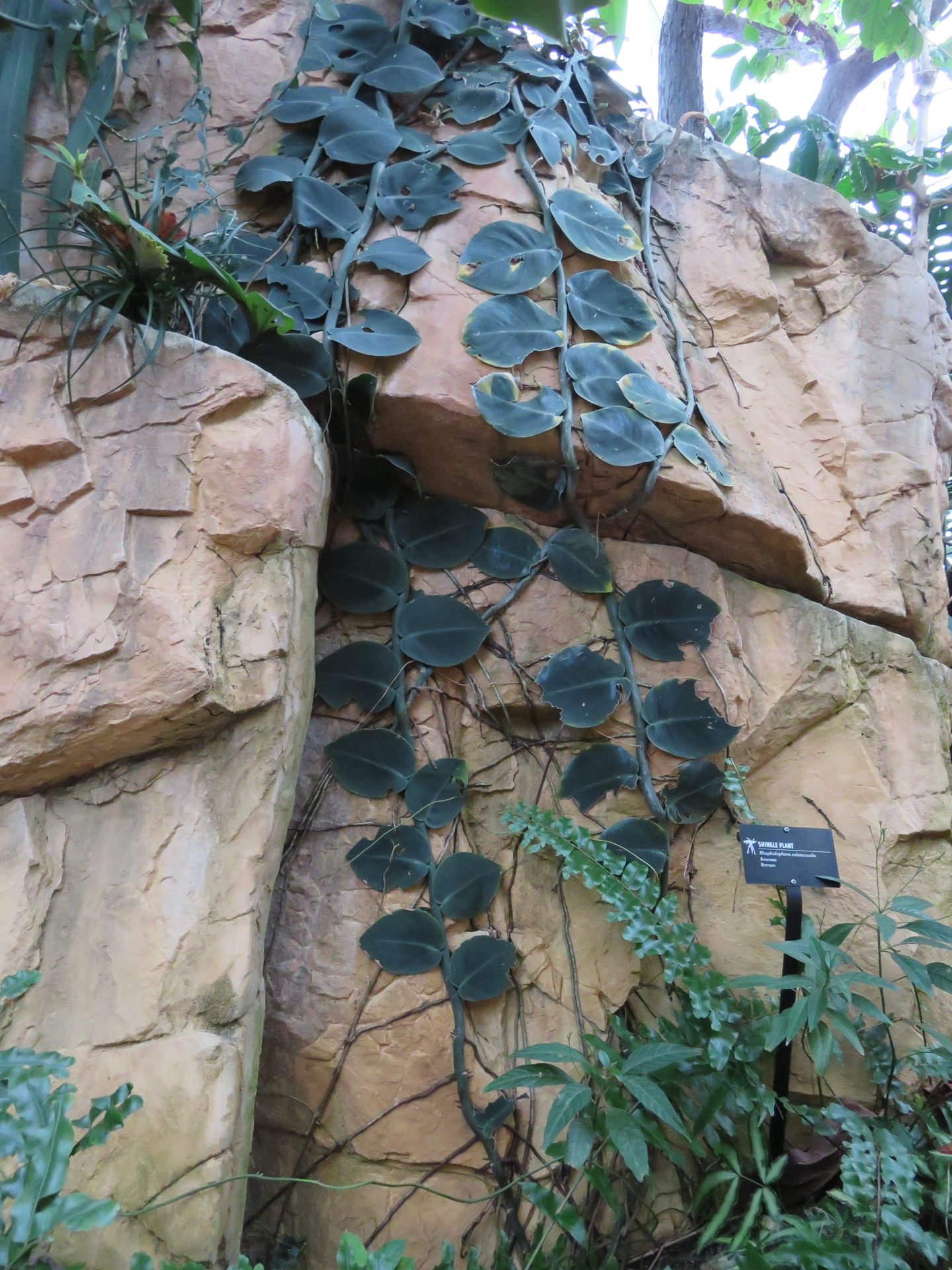 Shingle plant clinging to the rocks at Fred Meijer gardens 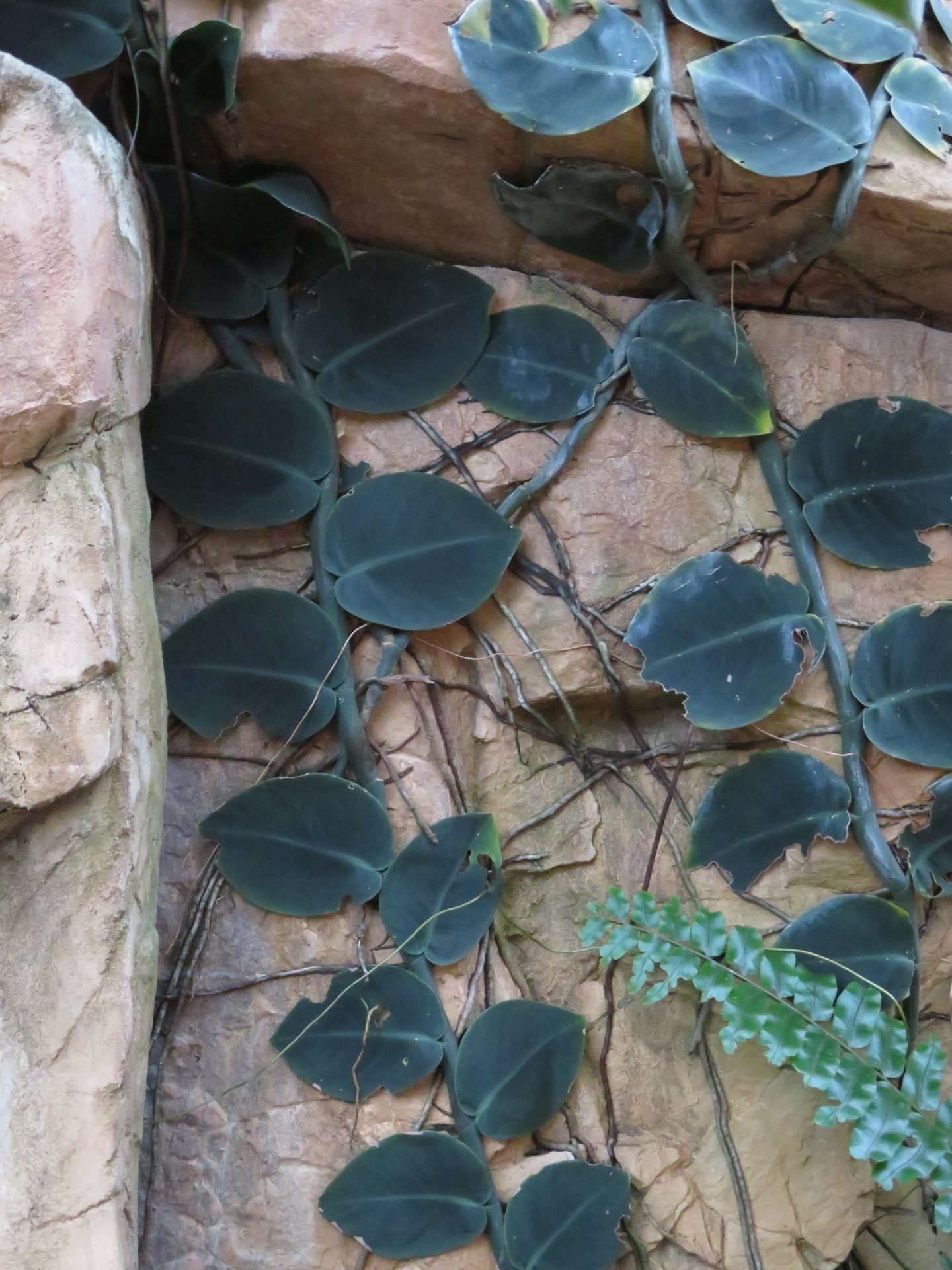 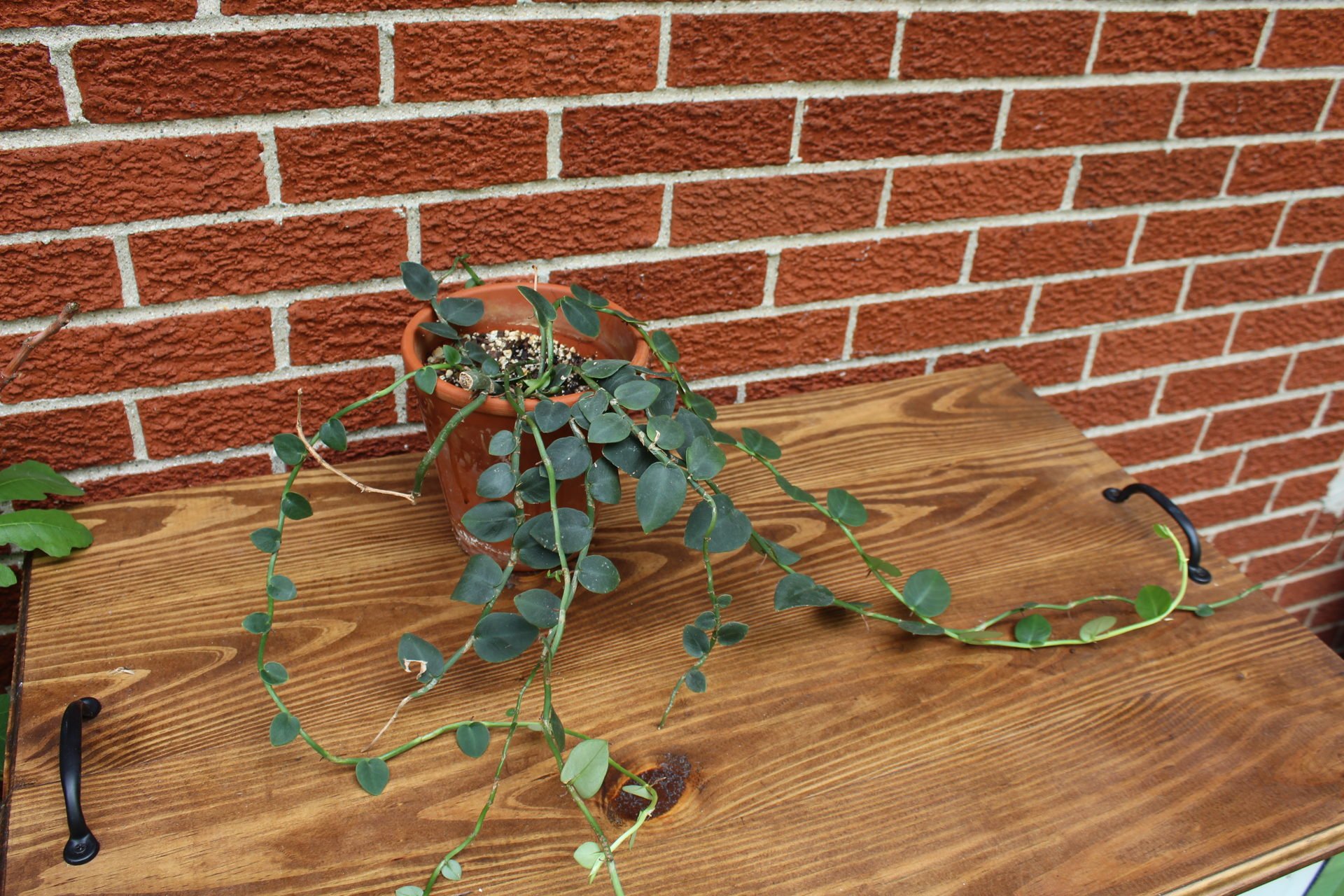 My shingle plant has never had anything to grow up……

They need something to climb on

I’ve had this plant for a long time, and it should have been climbing up something all along. I had thought about letting it climb the brick wall in my sunroom, but never did. I found out that they don’t mature until they have something to cling to. It is in the aroid family, so I should have known this. Pothos plants are the same way. Notice the long straggly (I like that word) stems that have long internodes (space between the leaves). They are searching for something to climb up. Most of those broke off when I was repotting it, so they are being propagated in water. When they start climbing, so I’ve read, the leaves will develop the shingling properties of overlapping each other and they will become larger. 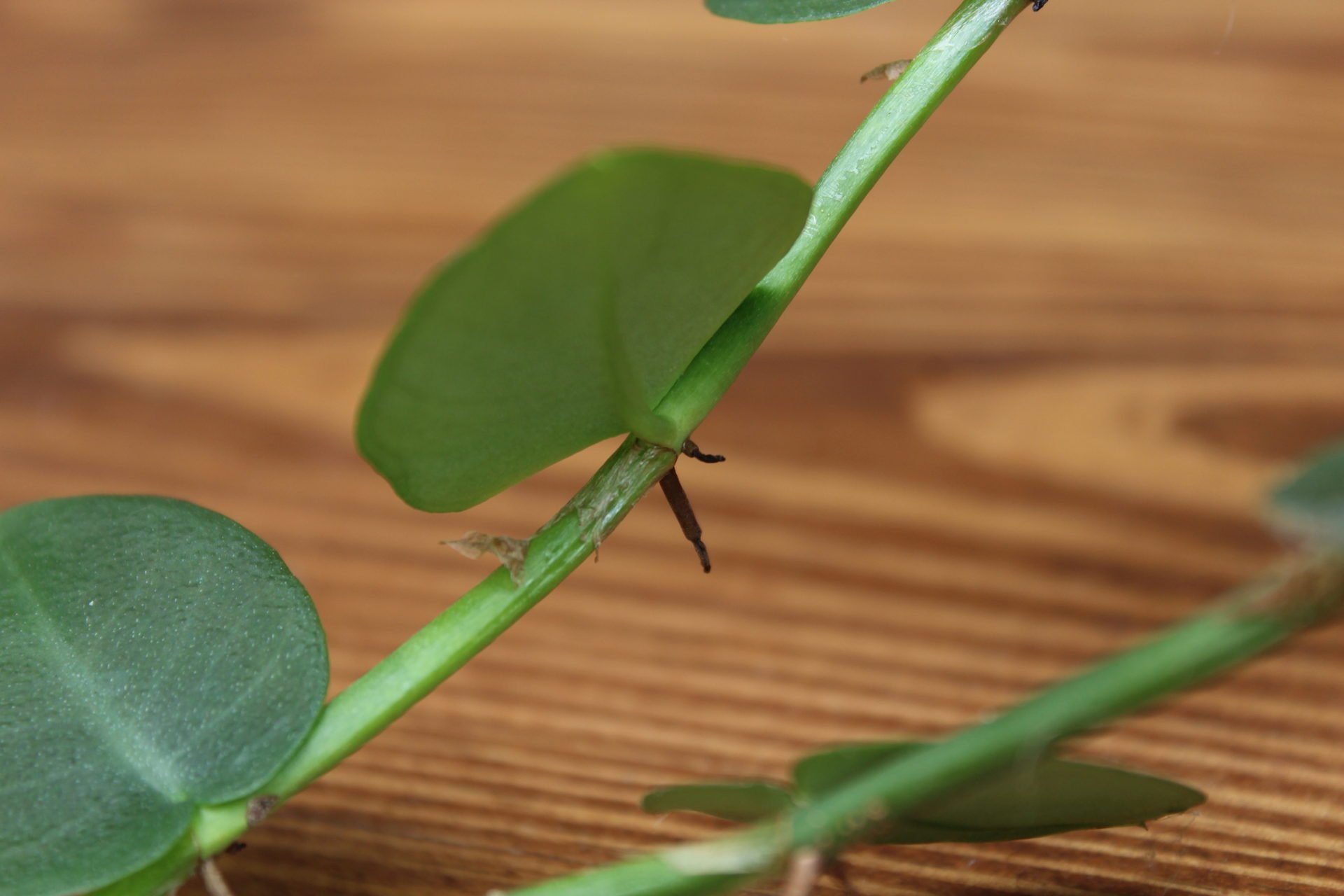 See the aerial roots looking for something to cling to 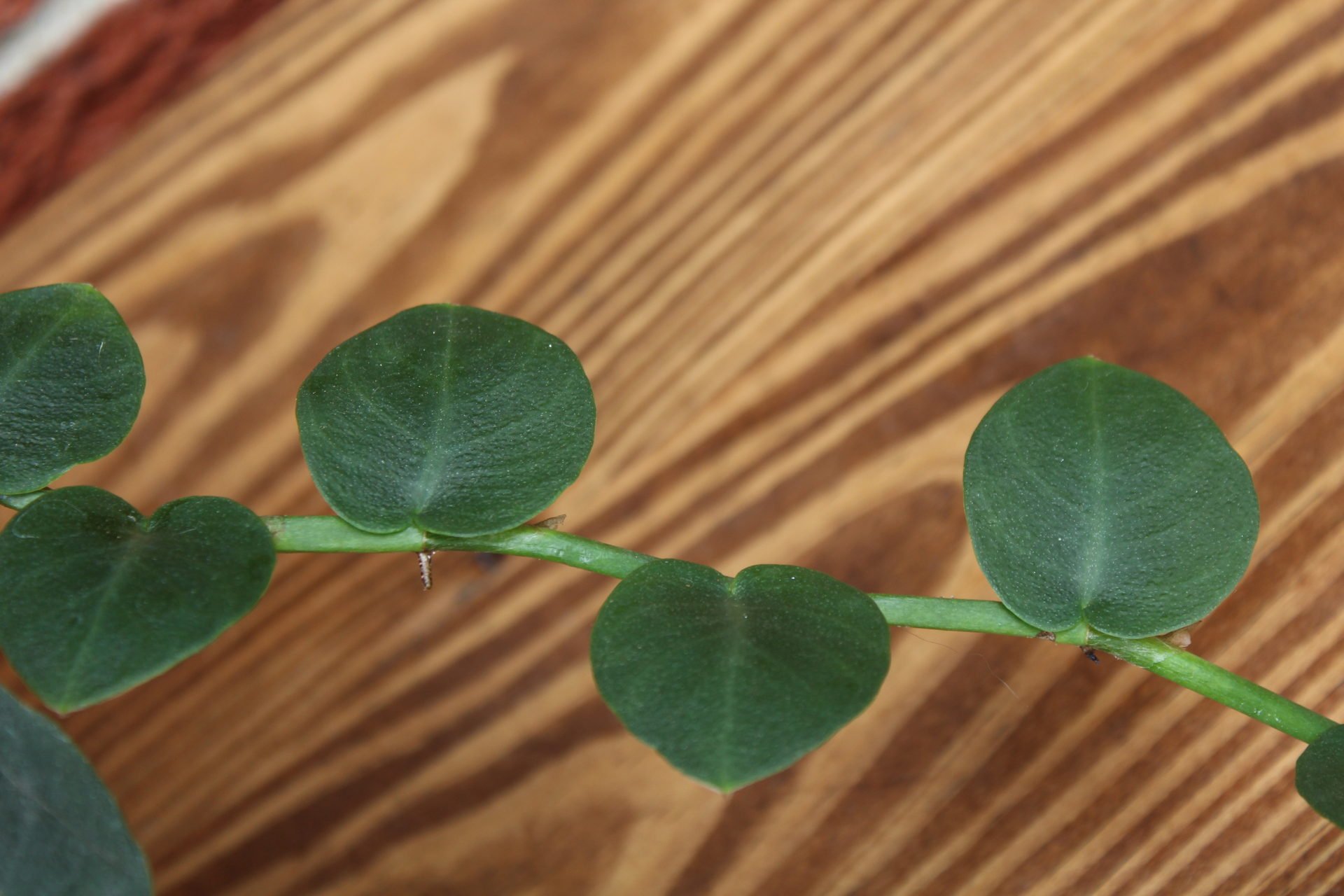 A fence piece to climb on

So what should I use for the support? I love moss poles, but really like the pictures on Instagram of them climbing on boards. You can see the leaves better, I think. My daughter had taken down a picket fence at her house and I asked for a picket. It is kind of shabby chic and I like it. And isn’t that pot perfect? 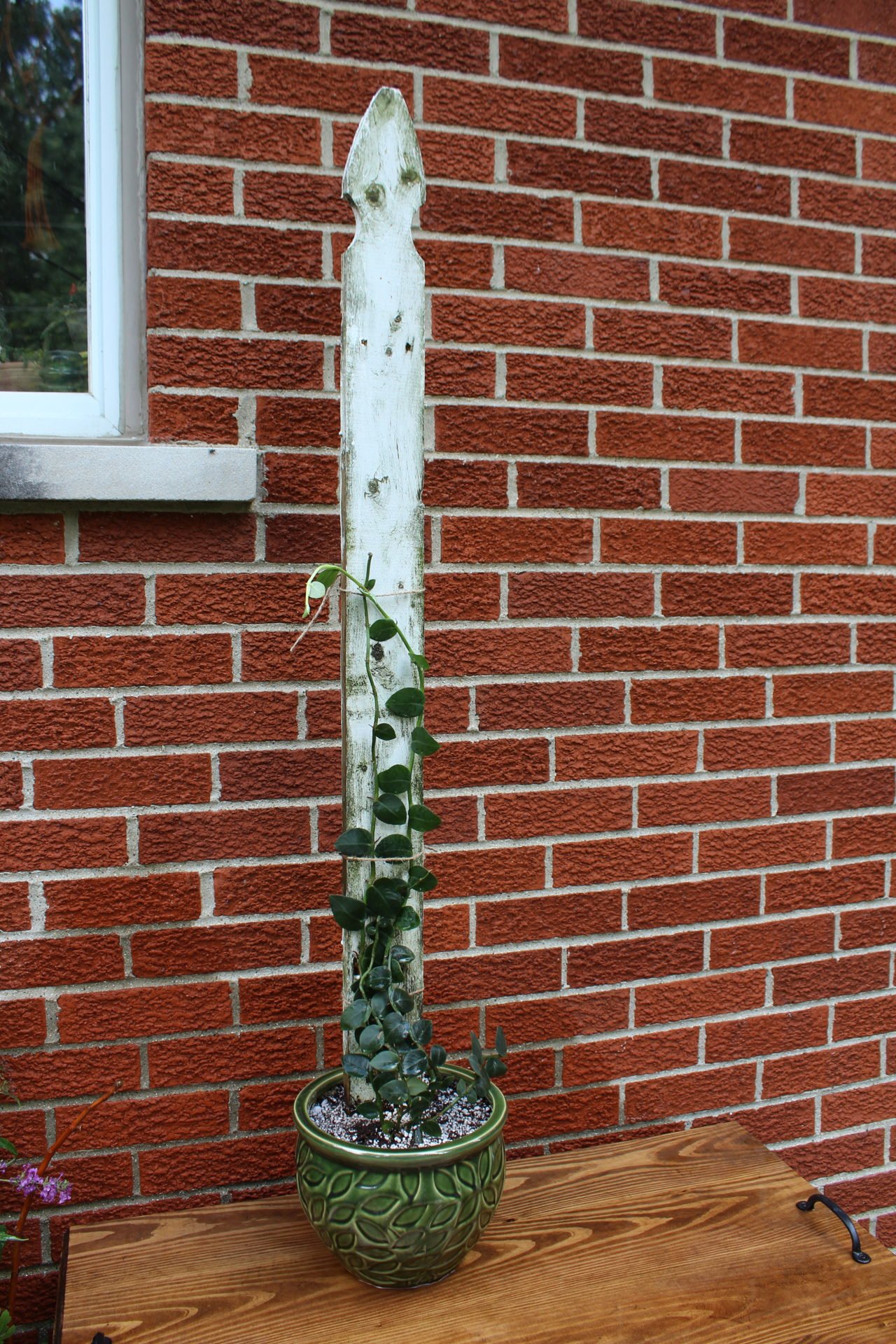 I tied the plant on with some twine so it wouldn’t hurt the plant. It will only stay there until the plant attaches itself with its aerial roots and then I’ll remove it. I keep the plant evenly moist and it gets plenty of light in my sunroom. 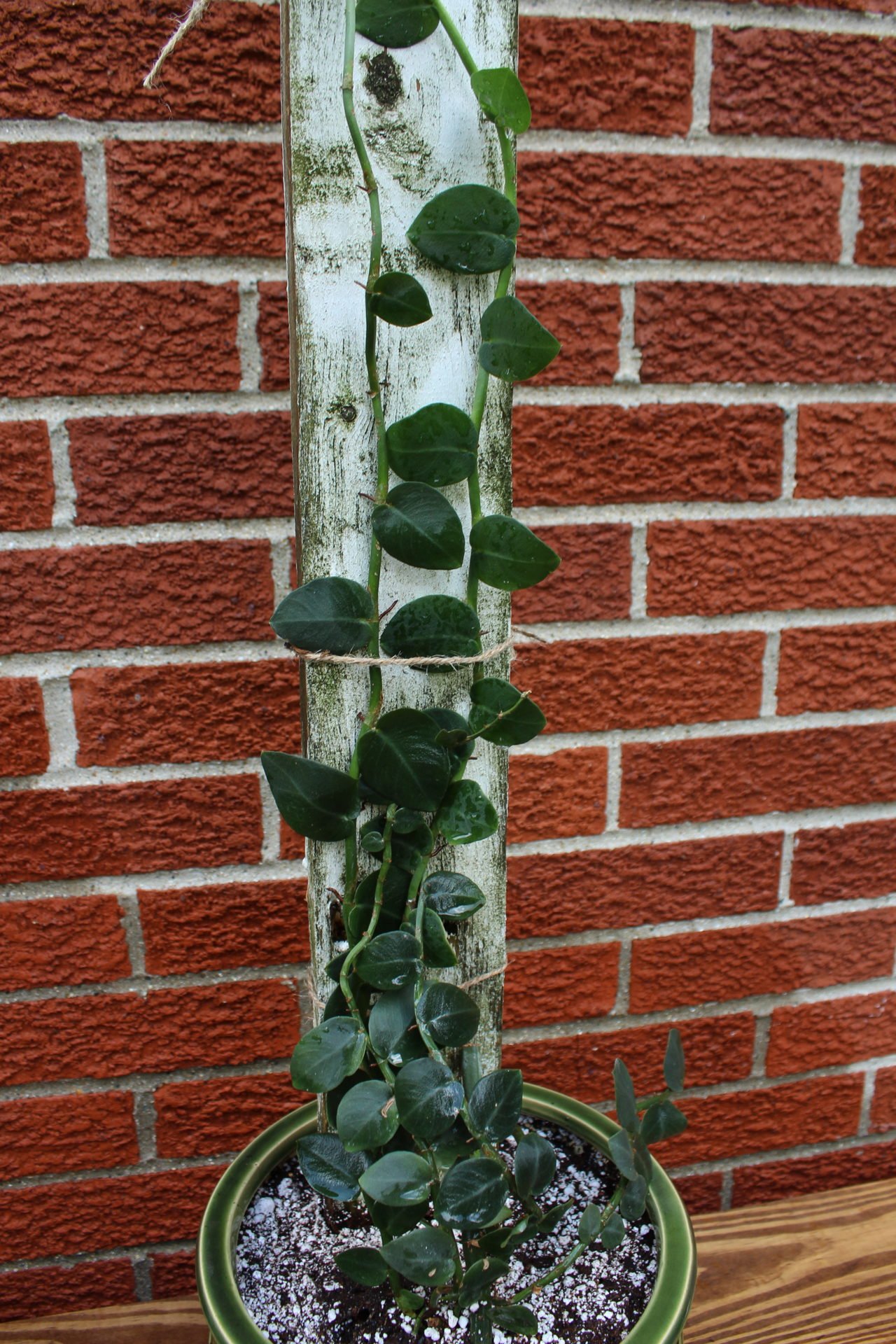 Here is the shingle plant on the picket fence post

I’m so excited to finally have this plant growing the way it should be. I’ll post pictures as it grows and shingles.