Why Does Your Houseplant Have the Name it Has? 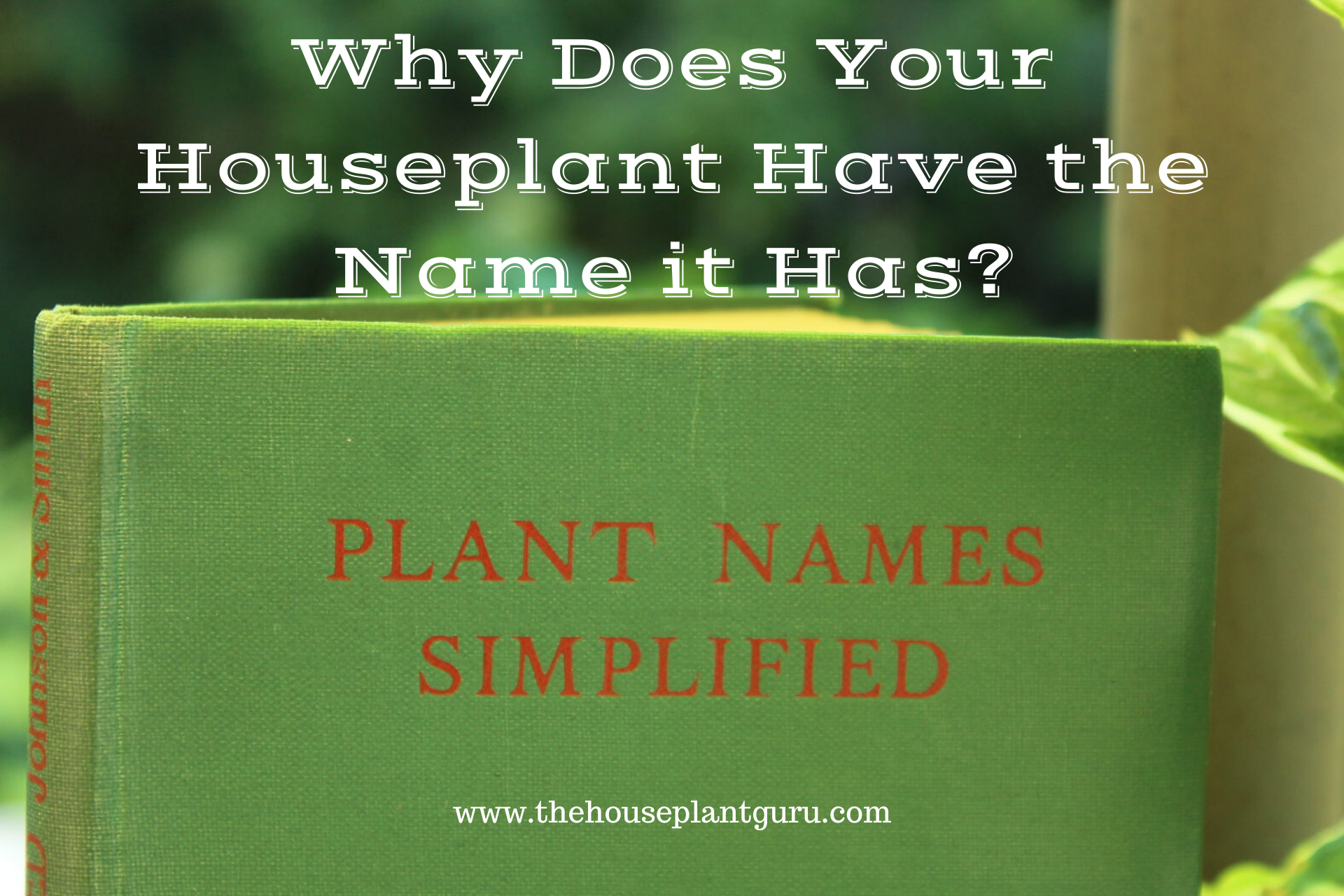 Have you ever wondered how your houseplants got their names? Carl Linnaeus (1807-1778) was known as the father of taxonomy and developed the system for naming and classifying organisms. It is still in use today, but we all have seen examples of plant names being changed, such as sansevieria which is now dracaena. With DNA testing and more information, it has been found that many plants belong in different families and so their names are changed. It can become complicated quickly. I recently found a book I had purchased a while ago called Plant Names Simplified and was written by A.T. Johnson and H.A. Smith in 1931. As I read it, I found some interesting tidbits I wanted to share. 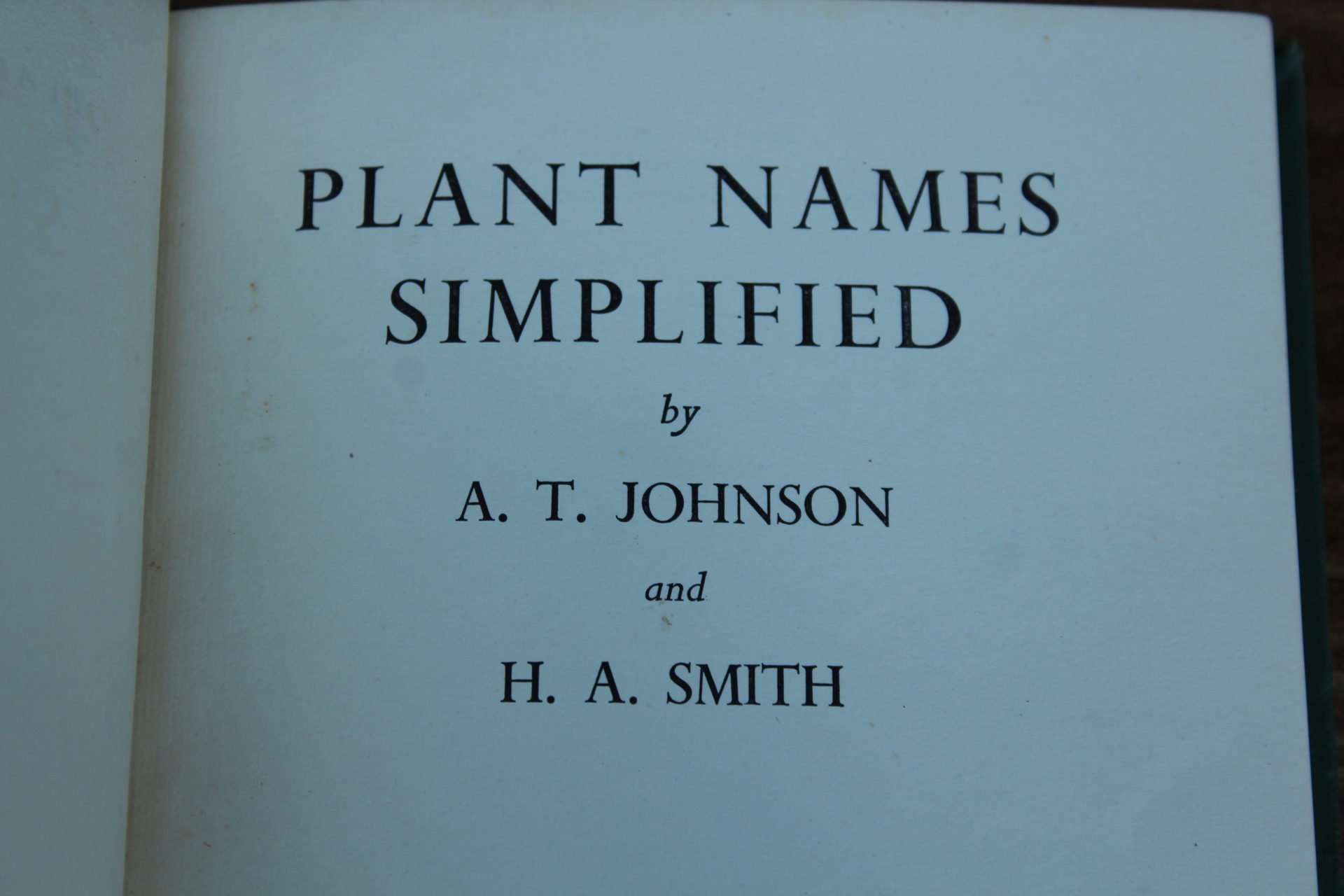 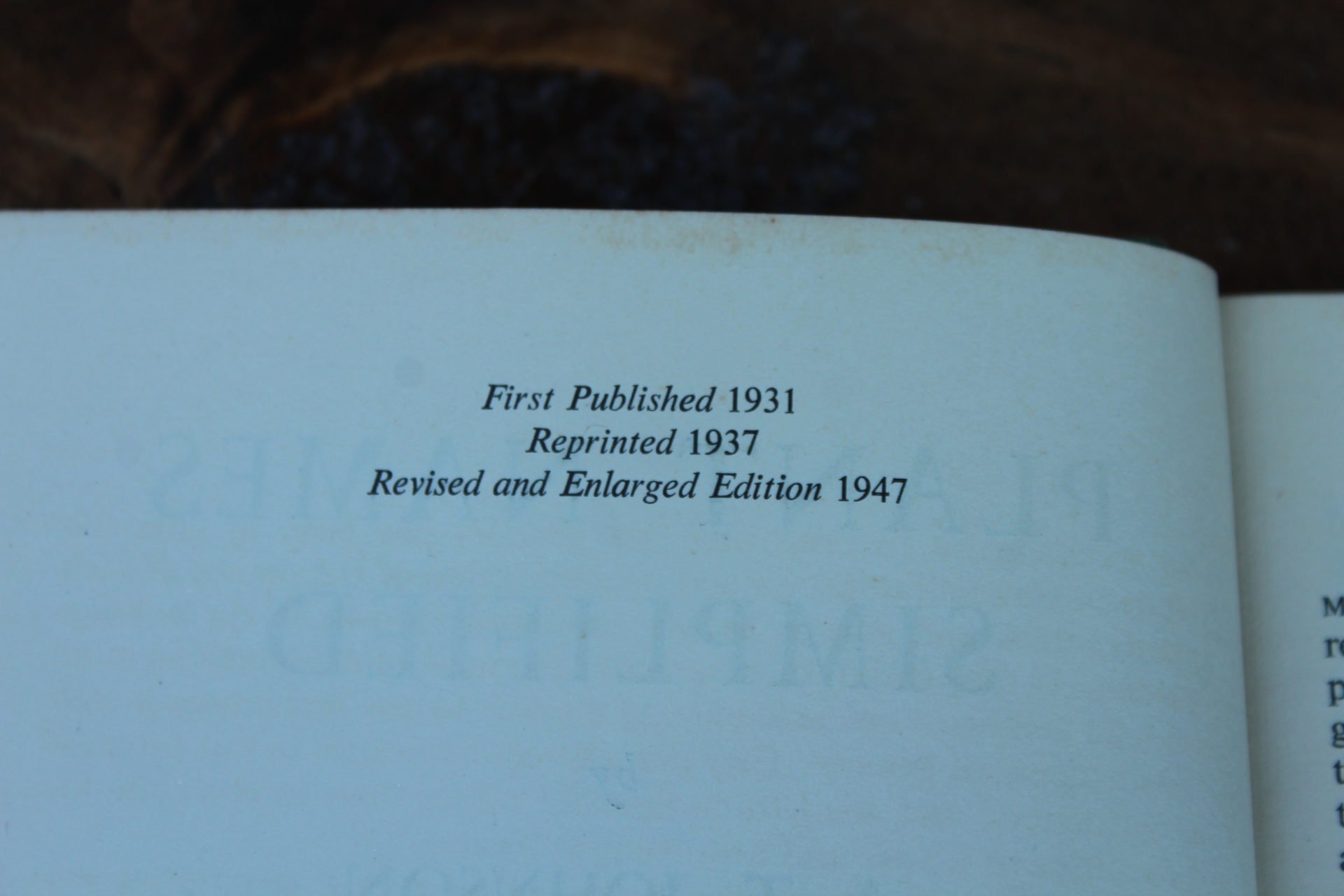 Each organism on earth, including plants, has two names that identify that plant specifically. The first is the genus (family group) and the second, the species. (specific to individual plants in the family)This name for each plant is important as there may be countless common names. For example, Muehlenbecka complexa, is commonly called wire vine, angel vine, and mattress vine. Yet the two-word scientific name is the only name that matters as it IS all three plants. And there may be other plants called angel vine or wire vine. Yet, by using the botanical name, you know exactly which plant is being referred to.

I looked through this book to find houseplant names and found some interesting tidbits behind the names. I love that the book has the pronunciation for each plant and I included it. I am only doing the letters a and b and will continue this in later posts, as I don’t want you to fall asleep. Hopefully, you find this as interesting as I did. 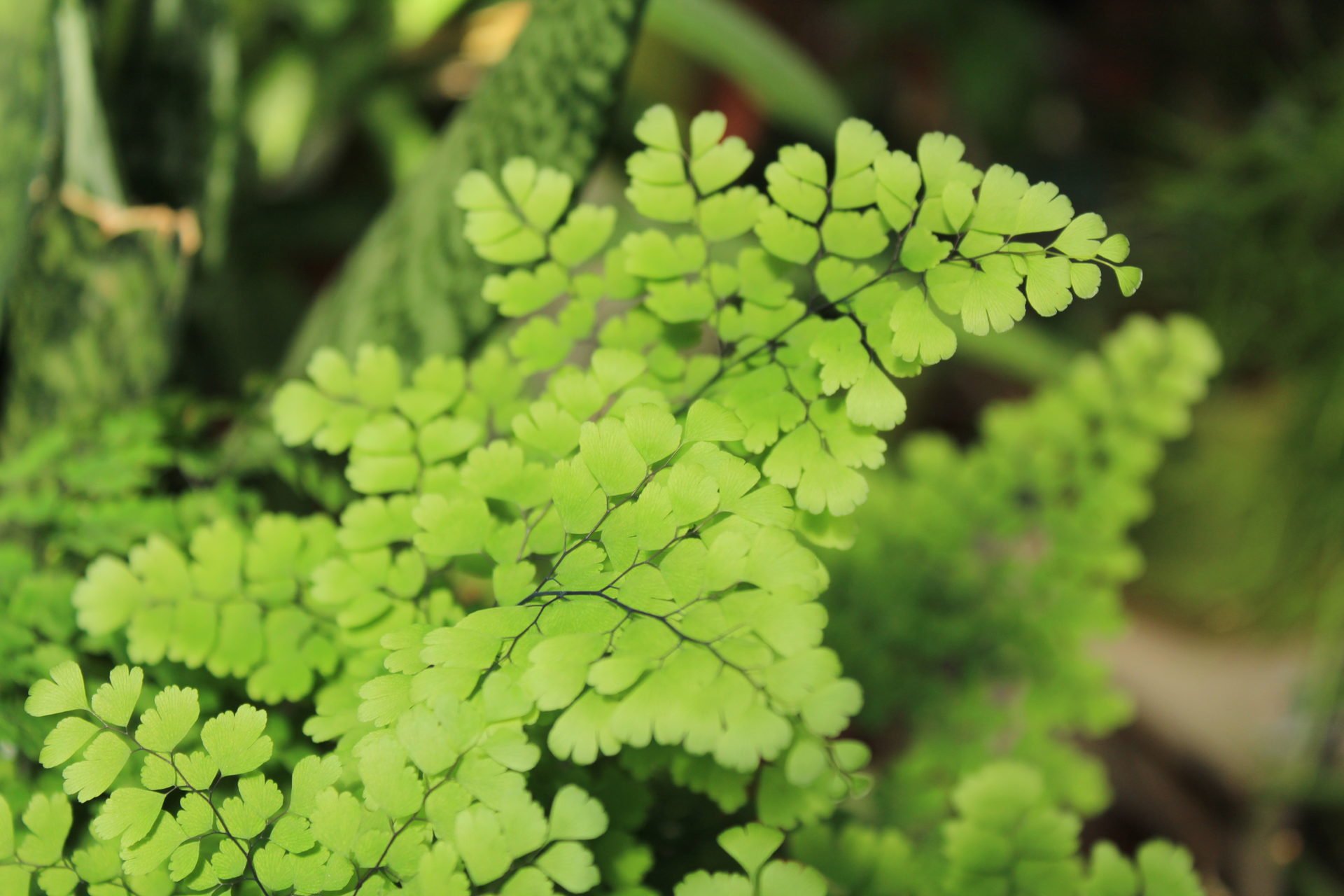 Above is a maidenhair fern, or Adiantum. (Ad-e-an-tum) So in Greek, a = not, diantos= moistened so the name means not moistened in reference to the fact the fronds remain dry even after being in the water. 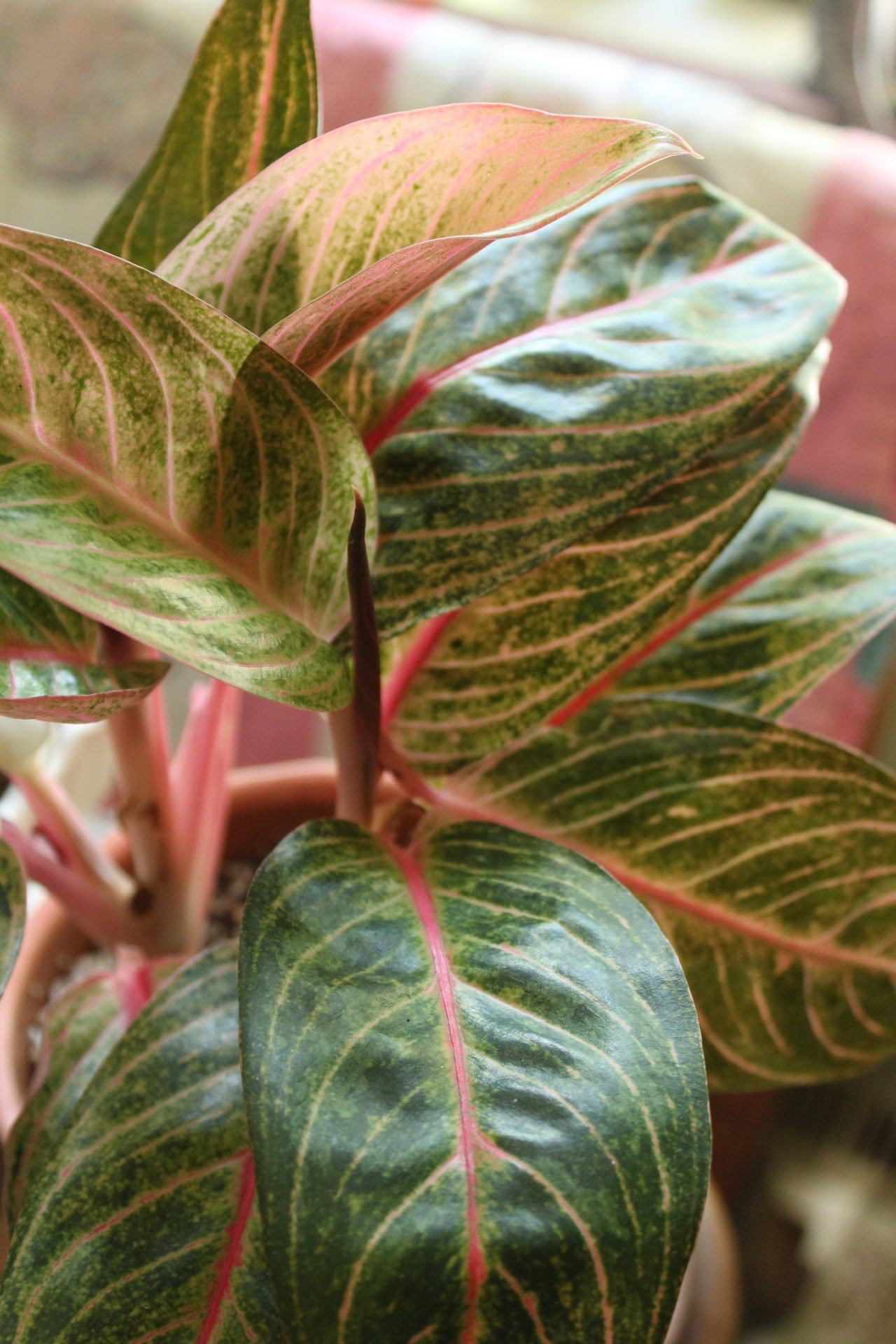 Aglaonema (ag-la-on-e-ma) aglaos=beautiful and nemos= a grove (like of trees) so found in shady places. This certainly is a gorgeous plant and it is a medium to low light (depending on the plant) plant in our homes, so the name fits. 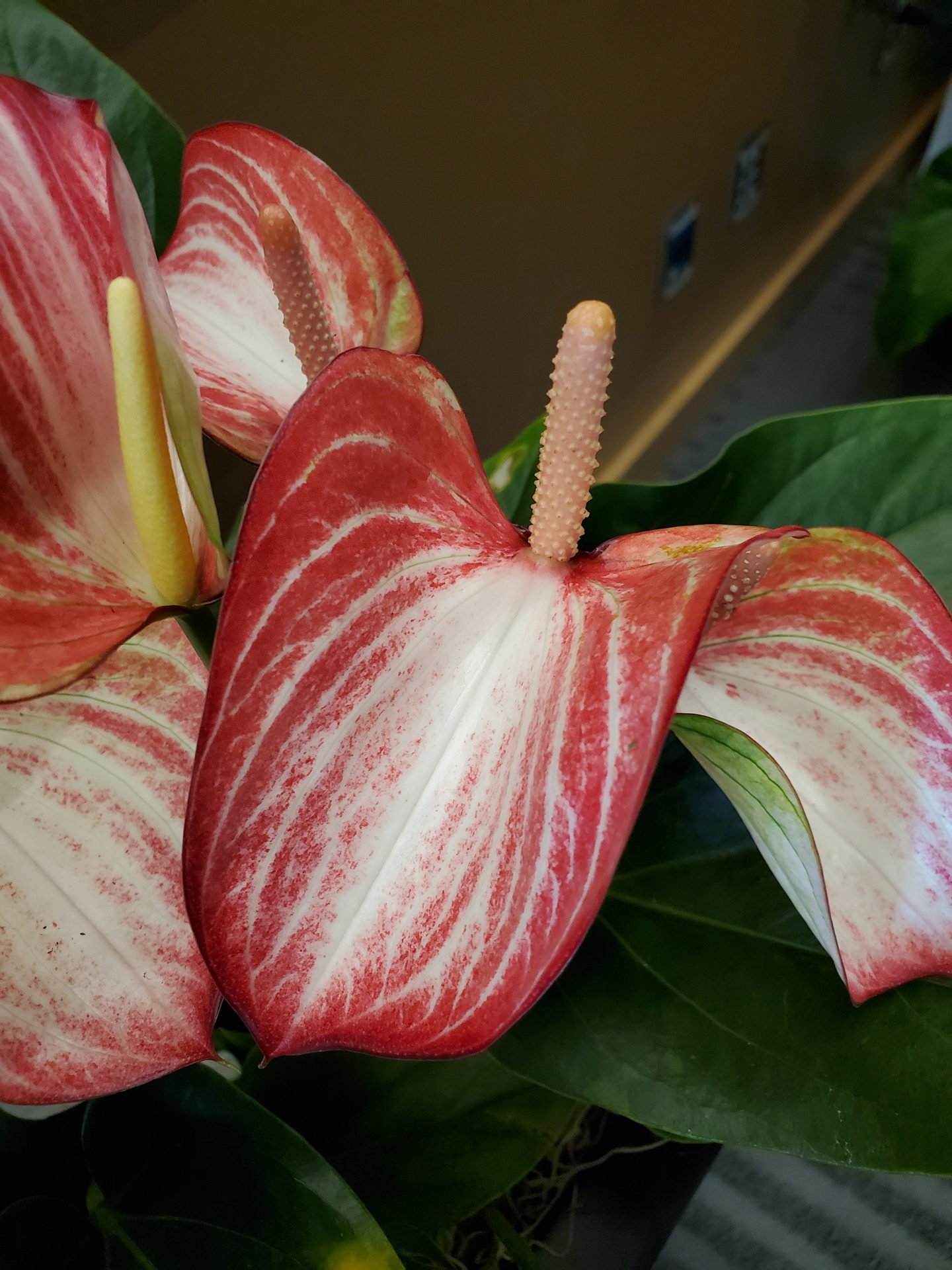 The anthurium above has a large spathe or what some think is the flower, and the spadix, which is the actual flower. Anthurium (an-thu-re-um) Anthos is Greek for a flower and oura, a tail, which the spadix resembles (or did to Mr. Linnaeus). 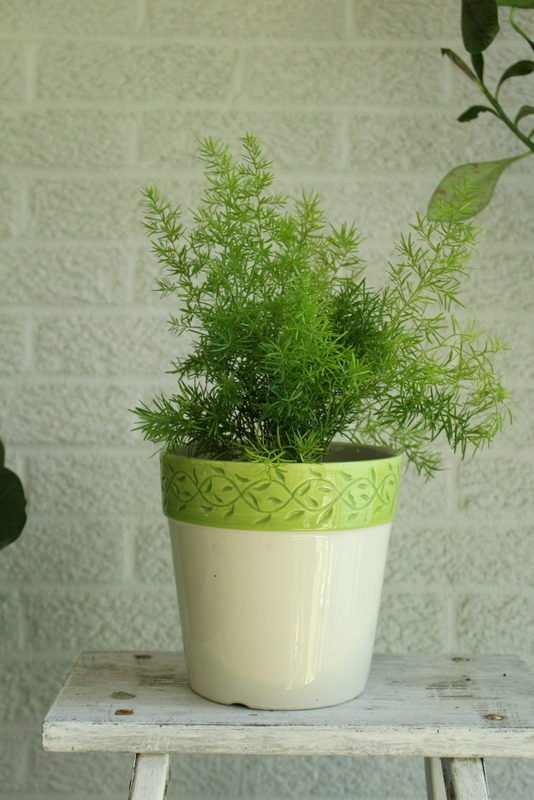 The asparagus fern is a popular “accent” plant used in summer containers. The name is from the Greek a=intensive and sparasso= to tear. If you have ever tried to repot one, you will find it does have spines that are wicked sharp.  Asparagus aethiopicus, formerly Asparagus densiflorus ‘Sprengeri’. (They are always changing names). It was named for the German botanist, Carl Ludwig Sprenger (1846-1917). I think it stinks that they changed the name and left off his name. If you want to learn more about asparagus ferns read this blog post. 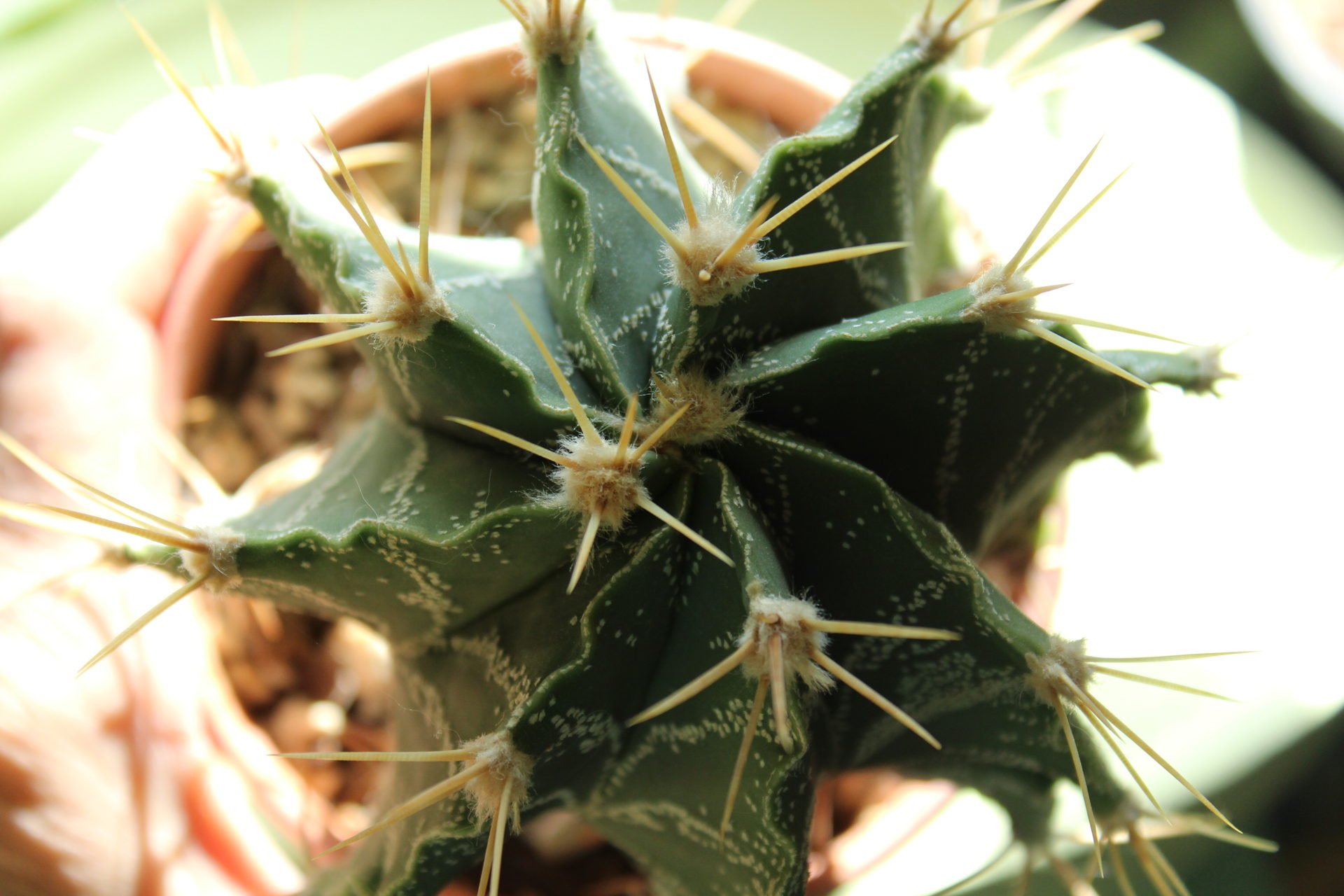 My bishop’s cap cactus or Astrophytum ornatum could also be called the star cactus because of the shape as you can see above. In fact the name in Greek is aster=star and phytos=plant, so star-shaped plant. 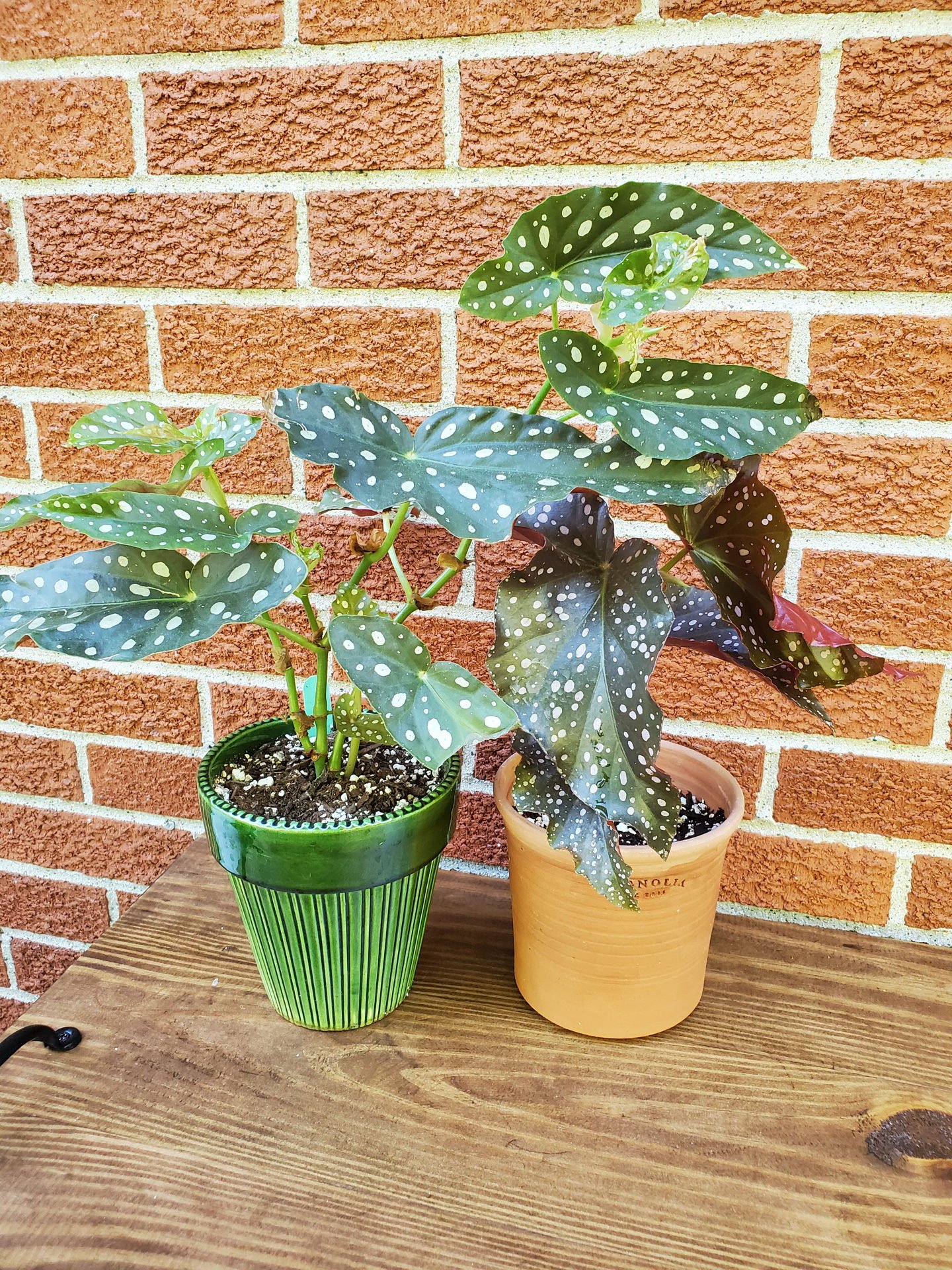 I recently purchased these two Begonia maculata plants (one is B. maculata ‘Cracklin’ Rosie’). One has white dots, the other pink. The genus begonia was named for Micael Begon, a French botanist and maculata =blotched, like the leaves.

I love this book and the history it provides on some of the plants. Wouldn’t it be amazing to have a plant named for YOU!??  I think so! I will continue through the book on more posts, working my way through the alphabet. I hope you learned an interesting tidbit about a plant you didn’t know before. Thanks!