More Than You Wanted to Know About Thanksgiving Cactus 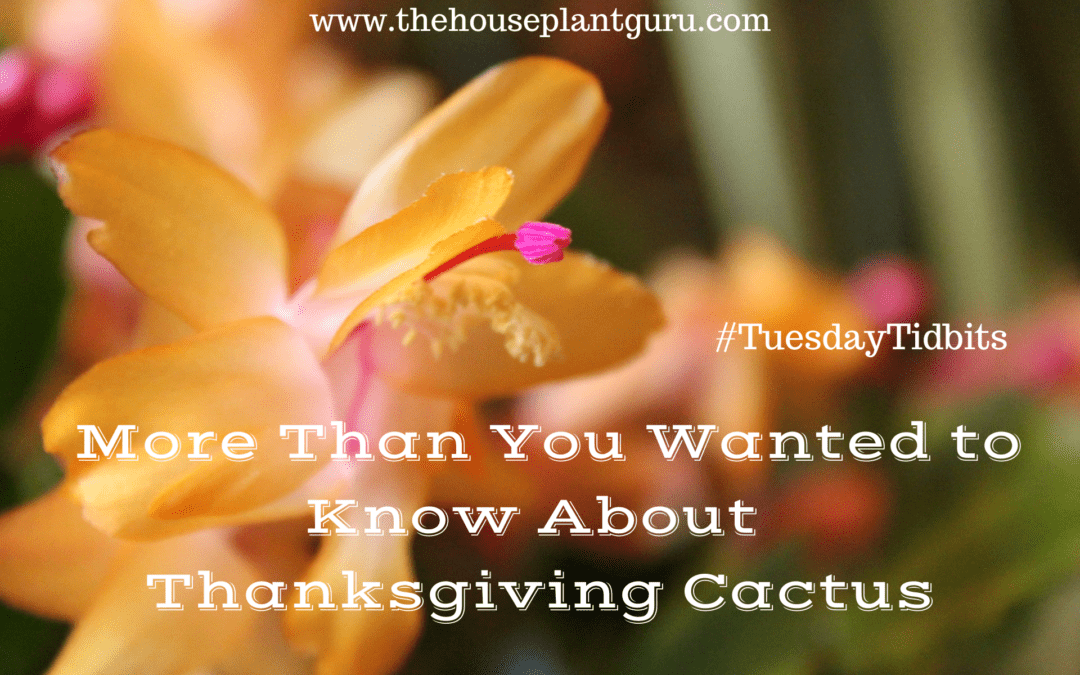 We already discussed holiday cactus this month, but there are a couple more things I wanted to tell you about them. These are just tidbits of information which is what Tuesday tidbits is all about. I’m probably going to tell you more than you wanted to know about Thankgving Cactus. (Schlumbergera). 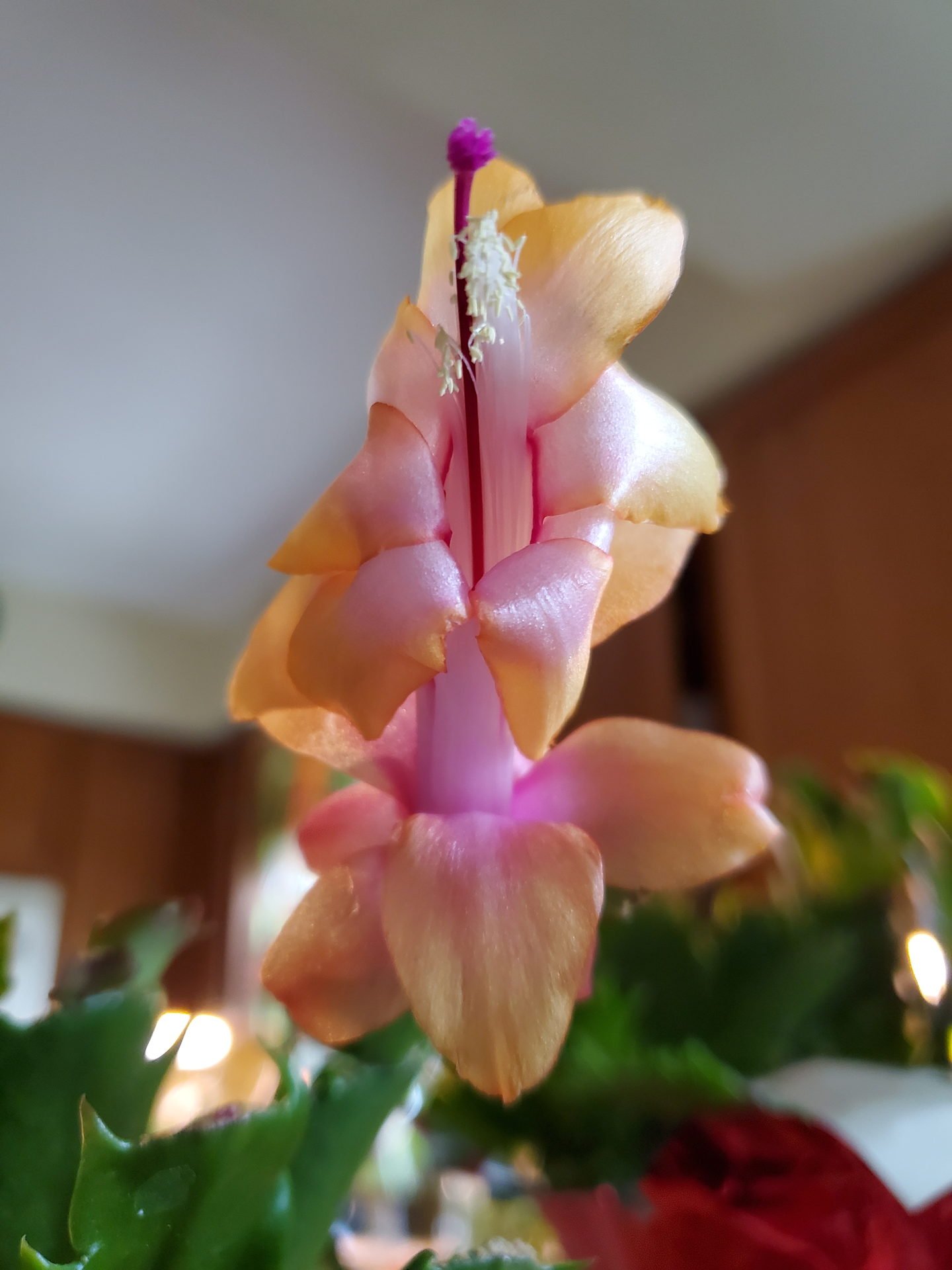 Thanksgiving cacti are examples of plants with zygomorphic flowers. What the heck are zygomorphic flowers? They are flowers that when cut in half lengthwise are mirror images of each other. Imagine cutting the flower above in half lengthwise. If cut in half any other way they would not be symmetrical and this phenomenon is called bilateral symmetry. If the flower is actinimorphic, it has radial symmetry and can be cut in half in any direction and still be symmetrical. An example of an actinimorphic flower is a daisy. 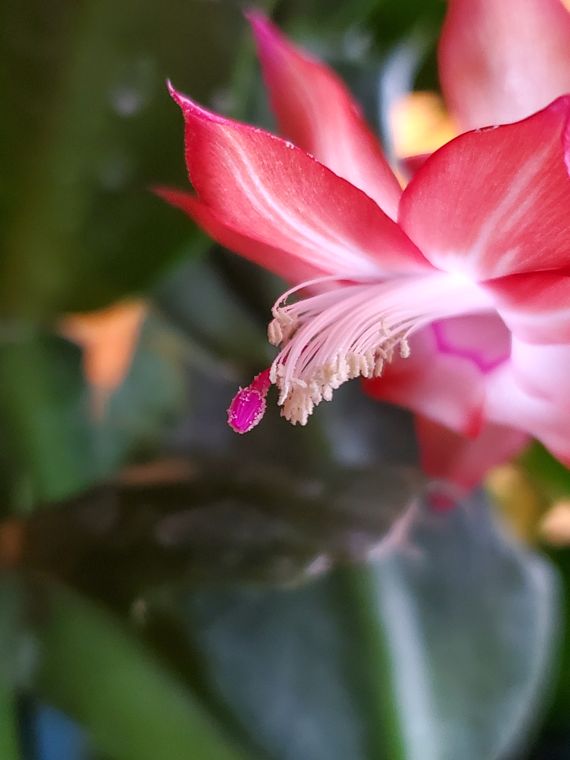 Did you know that Thanksgiving cactus do not actually have leaves? They have what are called cladodes (may also be called phylloclades) and are flattened leaflike stems. They are a type of modified green branch in which photosynthesis occurs, feeding the plant. The cladodes are sessile, meaning they have no stalk and are attached directly to each other. 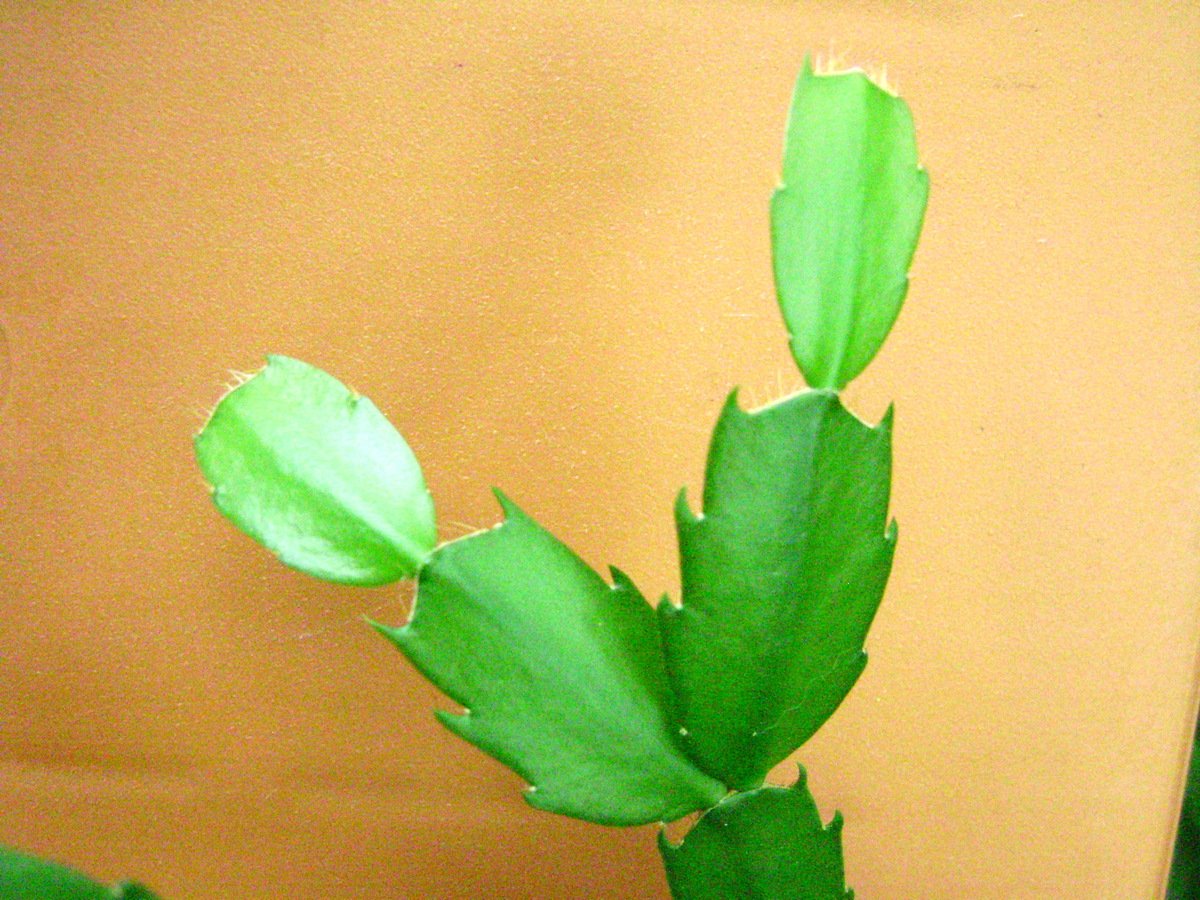 I talked more about  Thanksgiving cactus here and one of the things I asked is if you knew they were true cactus plants. They are Brazilian rainforest cacti and are epiphytic which means they are not growing in the ground but on trees or other objects in the rainforest. How do we know they are cacti? Because they have aeroles. And those are…..? Aeroles are either a flat or raised area on a cactus from which arises spines or flowers. On the Thanksgiving cactus like the Easter cactus below, they are on the ends of the cladodes. The flowers emerge from these and also spines. 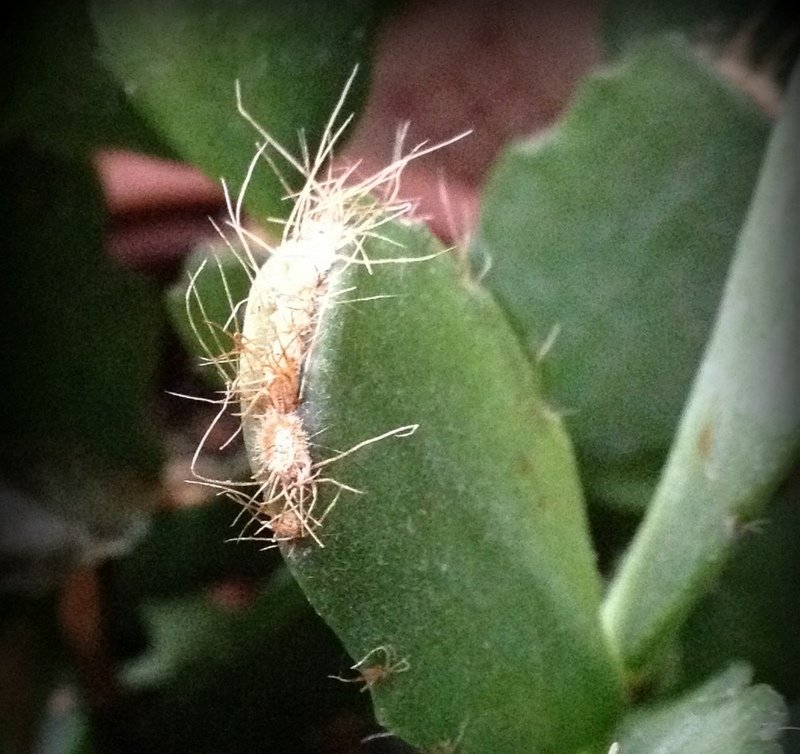 The areoles of an Easter cactus (Rhipsalidopsis)

When we have been told that a plant has to have enough light to bloom and then are told there are plants that bloom when there is less light, it can become confusing. Plants that react to day length are said to be photoperiodic plants. The Thanksgiving cactus is one of those plants that reacts to short days and long nights. When the days get shorter in the fall, they react by flowering (hopefully). Poinsettias exhibit the same characteristic. 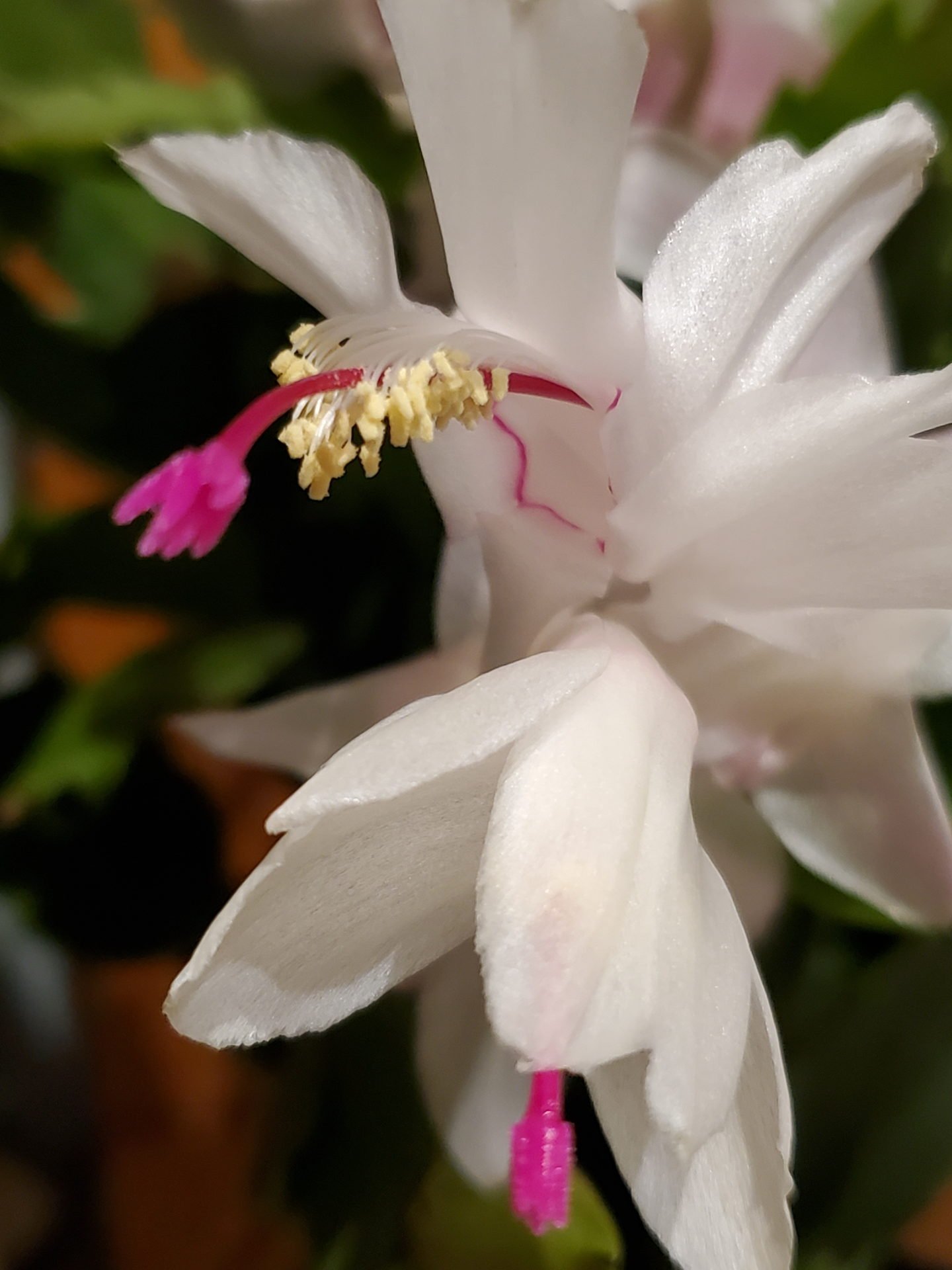 From the shape of the flower, it is obvious that the hummingbird is the Thanksgiving cactus’ primary polliantor in its native habitat in Brazil. Though the flowers have both female and male parts, it doesn’t self pollinate well. The hummingbird gets the pollen on its head when it gets near and drinks from the flower, transferring the pollen to the next flower it visits. Pretty smart flower, right? 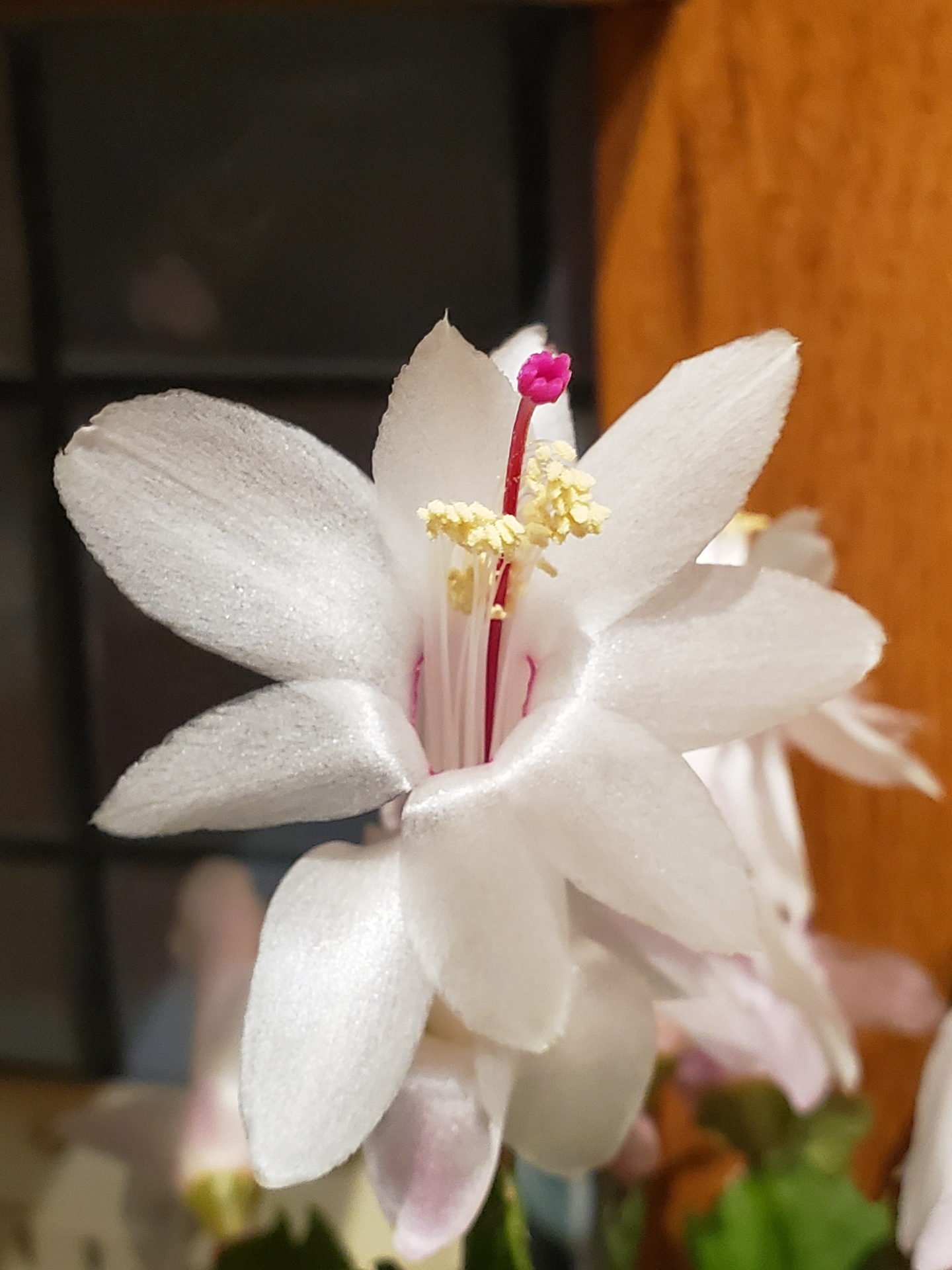 The tubular flower form is perfect for hummingbirds

I hope you learned something new about the Thanksgiving cactus today. As I said above, it may have been more than you cared to know.