Help Your Houseplant Adapt To The Light It Is Receiving 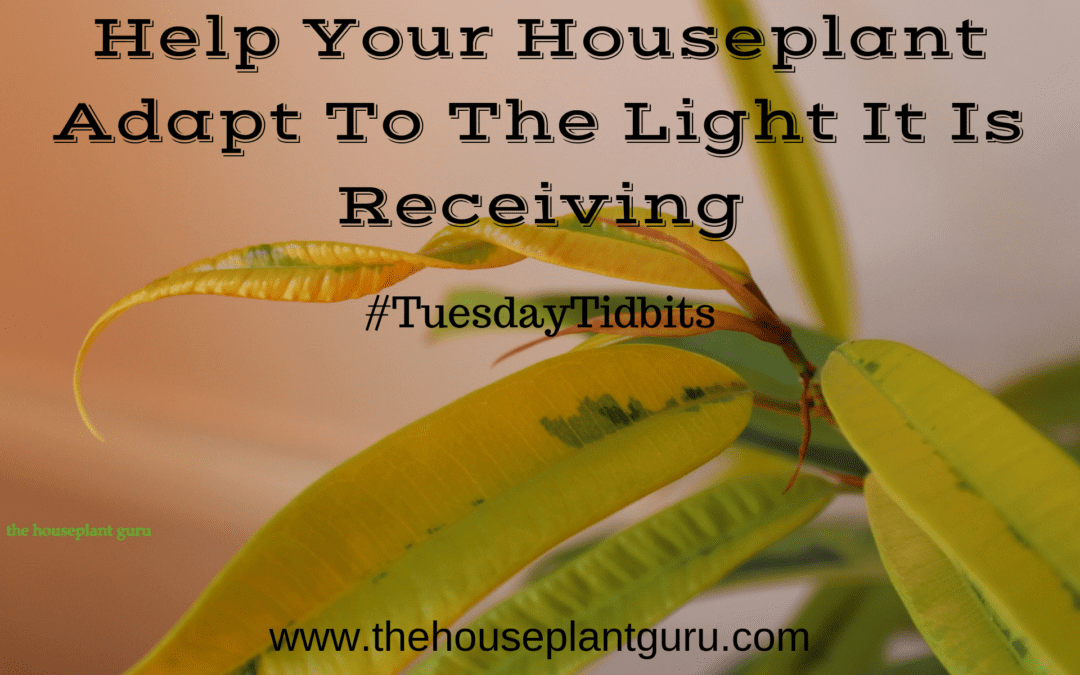 Recently I went to a friend’s office for some computer help. When I walked into her office and saw the Ficus benjamina in the corner, I was astounded! Why? Because there are no windows in her office and the Ficus benjamina or weeping fig is a high light plant. Granted, it isn’t the fullest, healthiest plant I’ve ever seen, but it looks amazing for living in an office without windows. 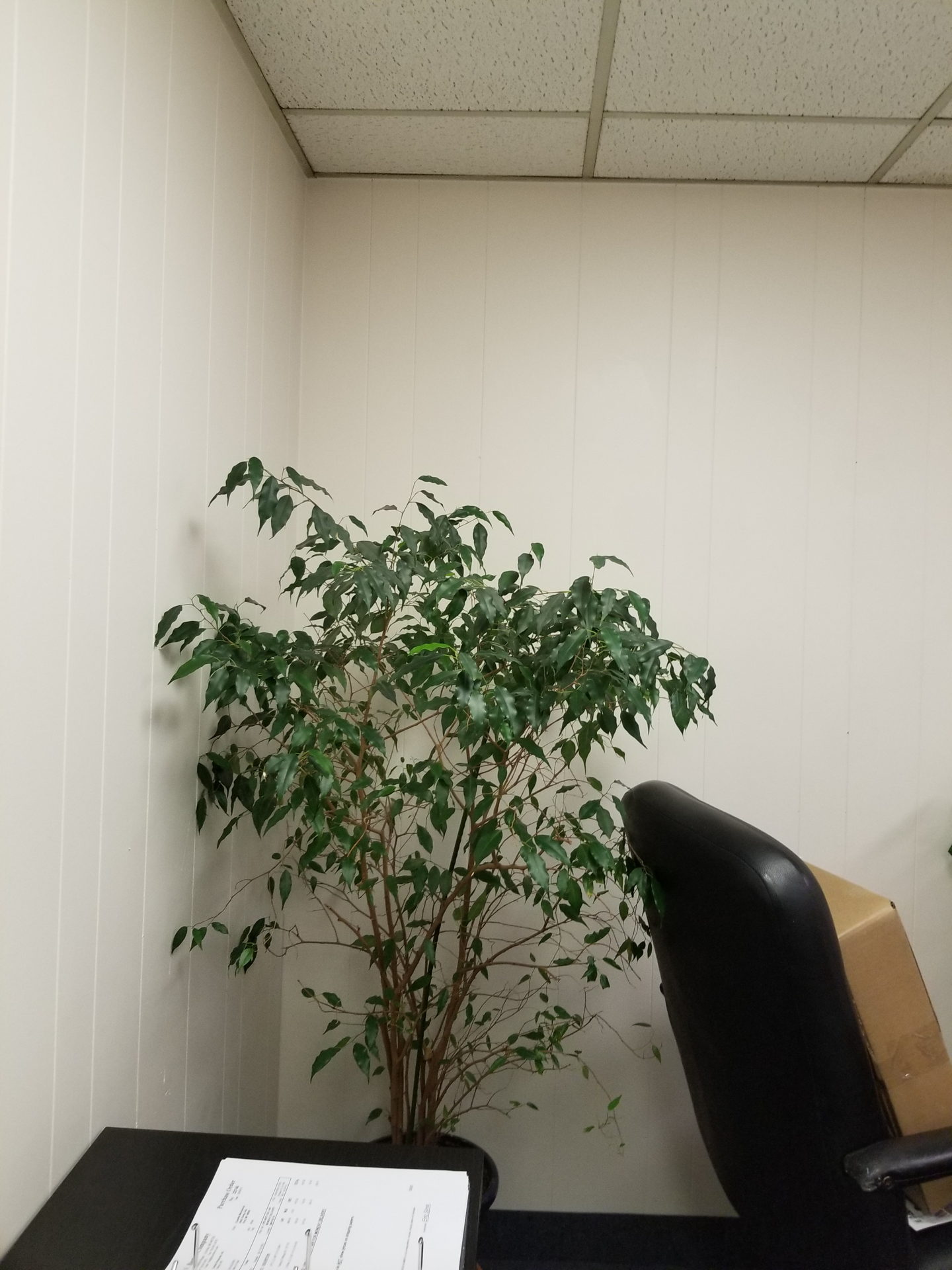 Here is the Ficus benjamina in the corner of the office

How is this plant surviving?

So how can this high light plant survive in this situation? It has been there for over 5 years and hasn’t really changed too much. The flourescent lights are on 5 days a week for approximately 10 hours a day, yet the plant itself is quite far from the light. So why is it doing okay? Because it hasn’t been moved around (ficus hate to be moved) and has become accustomed to the light it is receiving. 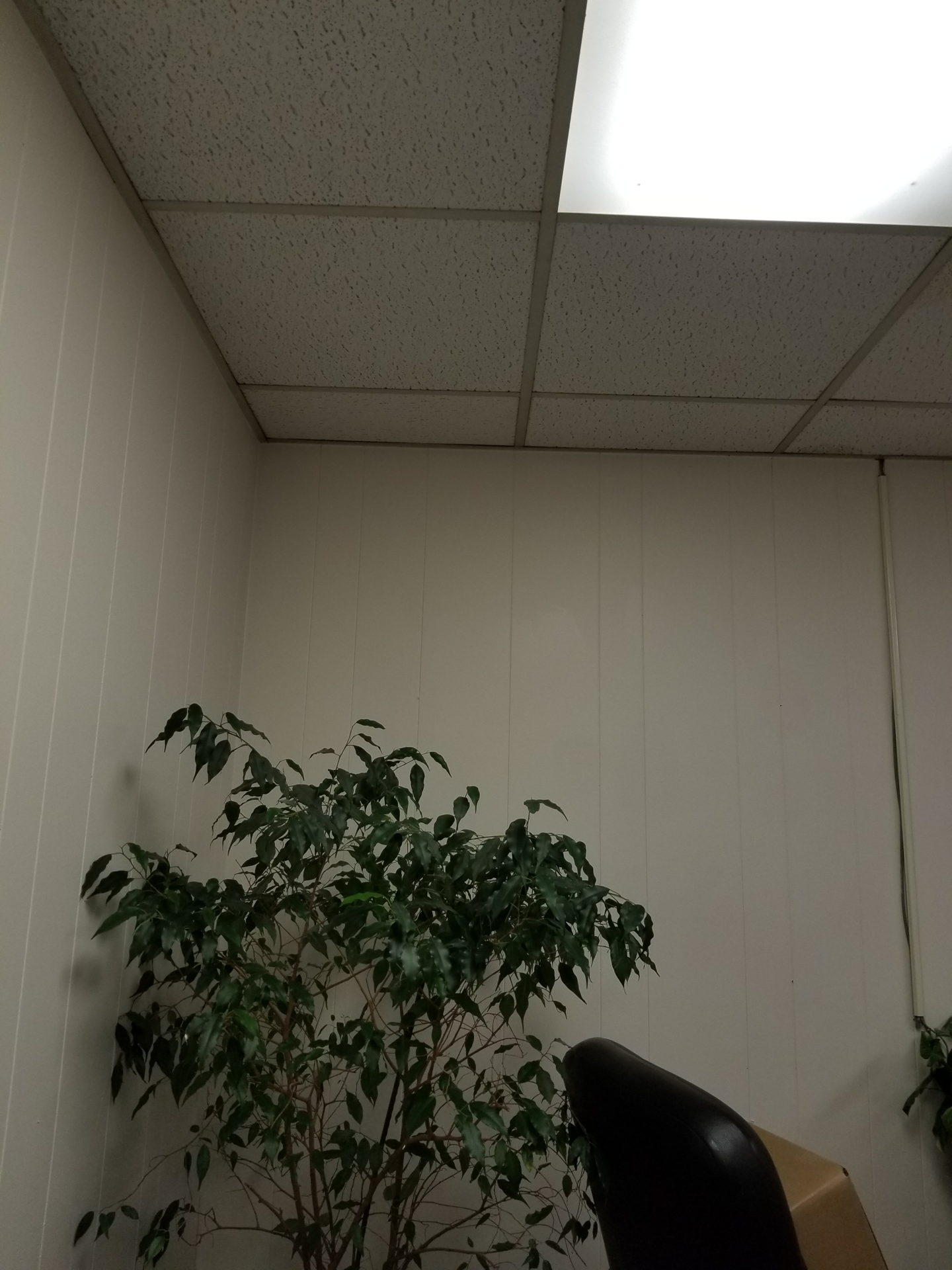 The ficus is not directly under the light

This plant is not right under the light but not too far away, either. You can see the plant is thin and by that I mean there aren’t a lot of leaves. It isn’t “thick” and full of leaves. Why?

A plant will only keep the leaves it can support with the light it is receiving.

What does that mean? Have you ever brought a fern into the house because you couldn’t throw it away at the end of summer because it was so beautiful? It immediately drops almost every leaf, making a mess on your floor. Usually it gets thrown back out the door. When a plant comes from high light to low light, it is going to drop leaves or react in some way. Light is the food for your plant. If it isn’t receiving enough “food”, it will decline over a period of time.

The only way to make that loss less extensive, is to acclimate your plant first. If the  fern had been placed in lower light for a couple of weeks outside before moving it inside, it may have adjusted better. Most houseplants you buy have been grow in tropical areas in fields with high light. Before they are shipped to retailers where you purchase them, they have been acclimated by being placed under shade cloths. This helps them become accustomed to lower light situations so when they hit the garden center and then your home, the plant won’t lose as many leaves or react quite as badly. I was amazed to see that her ficus even had new growth. Plants that aren’t receiving the optimal light will not grow in leaps and bounds or even much at all.  This plant is not being up-potted regularly, because it doesn’t need it. It will probably never become a huge tree, just because it really is maintaining, not growing a ton. 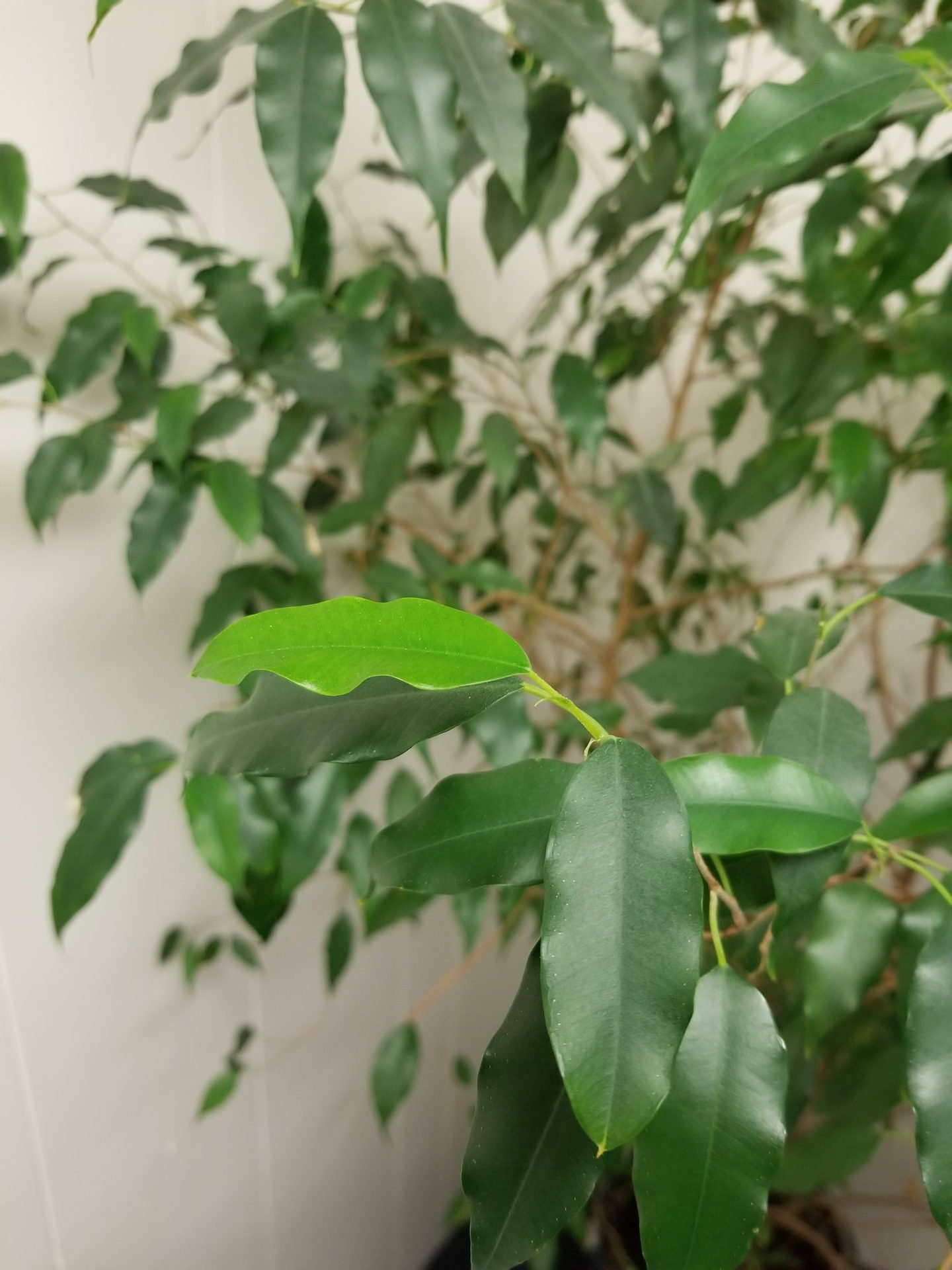 The plant even has new growth in this light level.

How can you help your plant adjust?

Even though the plants have been acclimated in their growing situation, they are still coming from a garden center that most likely has more light than your house. So, if you are placing it in a low light area, maybe put it in a brighter place for a bit if you can, gradually moving it towards its finall low light place where you want it to live. That way it can adapt slowly to the light it will be receiving.

The point is, this plant is doing well because it has become accustomed to the light level it is receiving and has learned to live in that environment. If it were in highter light its leaves would not be so sparse on the lower part of the plant. Unfortunately with the light only coming from above, the highest leaves get the most light and that is why the leaves are thickest at the top of the tree. They shade the lower part of the plant, it receives less light and cannot support alot of leaves.

Plants can adapt to their environment. That is not to say that if a plant is in too low a light, it may slowly decline and die. It has to have enough light to photosynthesize and support itself, even if it isn’t growing too much.  This plant is doing well in its situation but would look fuller and healthier with more light. I think it is doing great for the area it is in and I would rather have a living plant instead of a faux plant anyday. How about you? 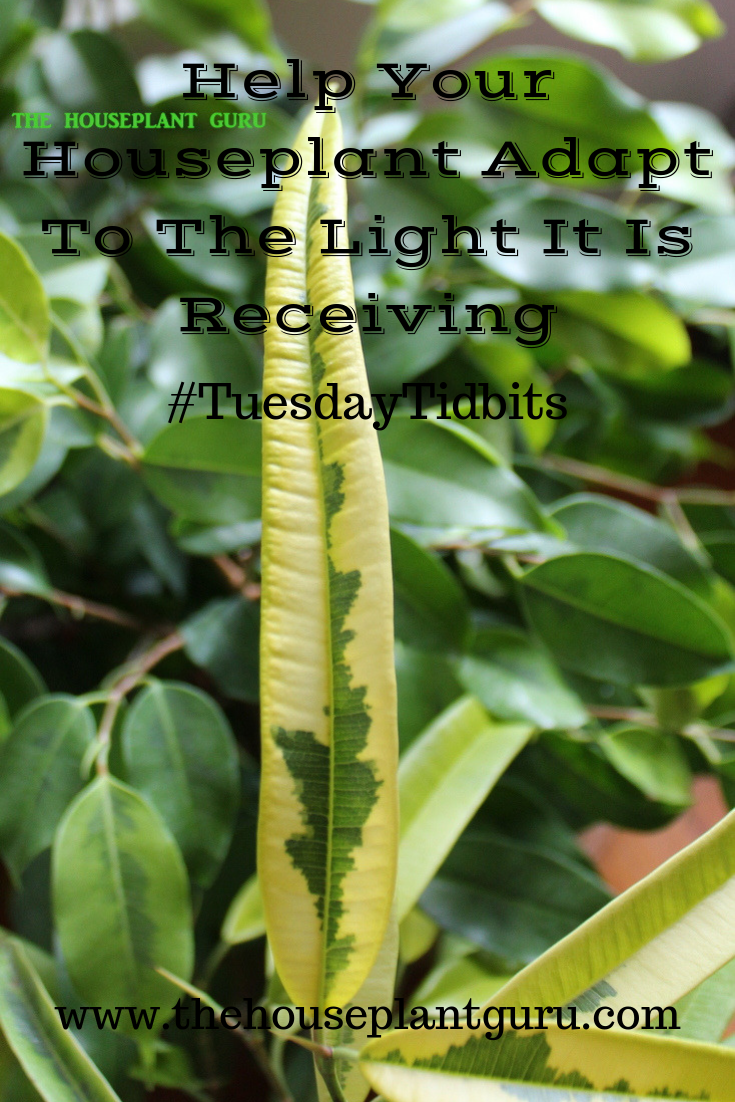