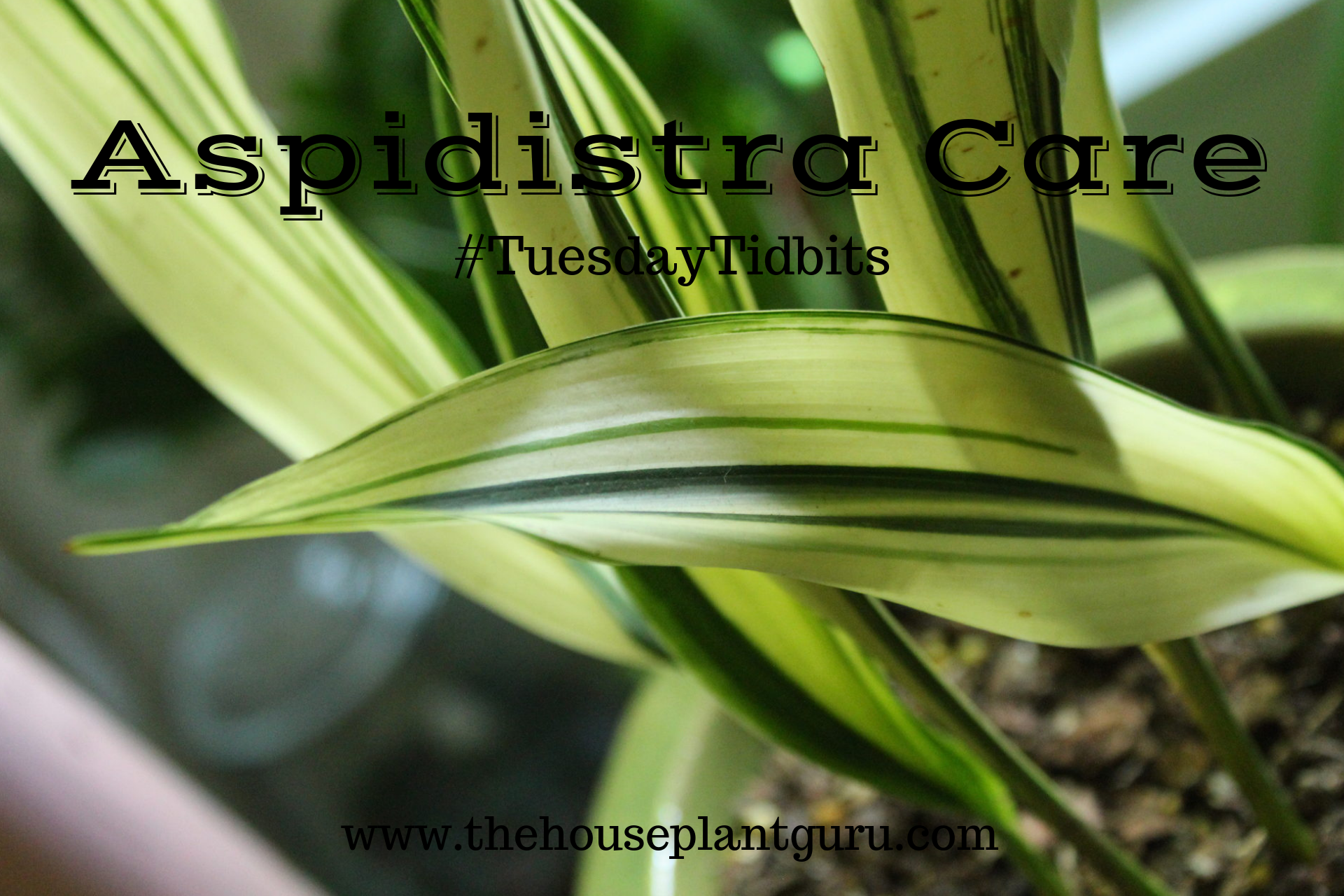 You’ve probably heard about the cast iron plant, also known as the Aspidistra elatior. Why the name cast iron? Because it is known to be a plant that can live through anything- neglect, drought, and dim light. It has been surviving in dark corners since its humble beginnings in the parlours of the Victorians. Of course it was here before then, but it came into its own by surviving those dark, usually smoky parlours. But this plant has come a long way since then. The best part is how easy they are to take care of. 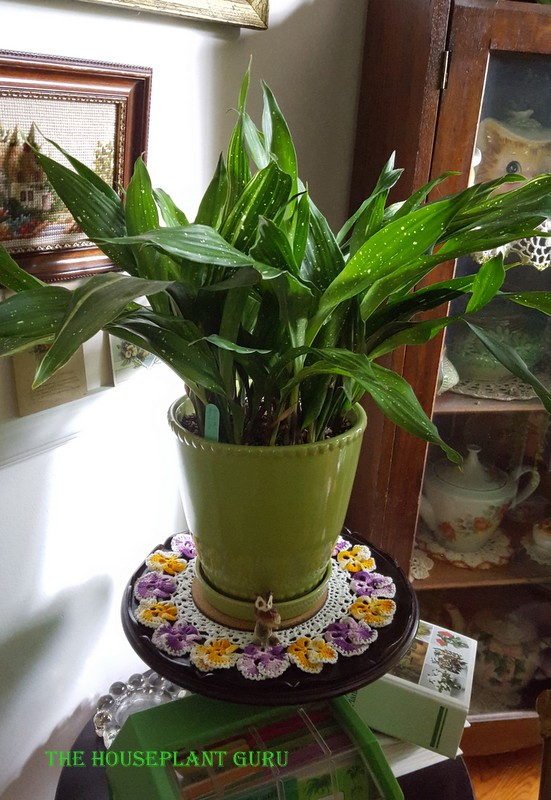 Aspidistra “Milky Way’ in my “parlour”

Whereas these plants have been delegated to the darkest corners and SURVIVED, it would be better if you could give it a good bright light. Mine was near (within 4 feet) of an east window and doing fabulously as you can see above. I wanted a plant in the corner of my dining room and so put my aspidistra there. It was near a west window, but it was in the corner and light wasn’t really reaching it at all. Unfortunately, it started to deteriorate and so I moved it back into better light, hoping it would recover. It has started to do a bit better. So survive it did, but THRIVE, it did not. There is a difference between surviving and thriving. Of course, mine isn’t the plain green cast iron plant, and so needed more light as a variegated plant. I should have known better.

When watering any plant in a lower light situation, still water it until water runs out the bottom, but let it dry down quite a bit before watering again. A plant in low light uses less water than one in brighter light.

The aspidistra below is one I bought this spring from Sprout Home Chicago. I saw it and knew it had to come home with me. I placed it quite close to my east window as it has hardly any green to photosynthesize with. East is the perfect light as it won’t burn the white foliage. Variegated plants need a good bright light to stay variegated, but not too much light, as it could burn the leaves. 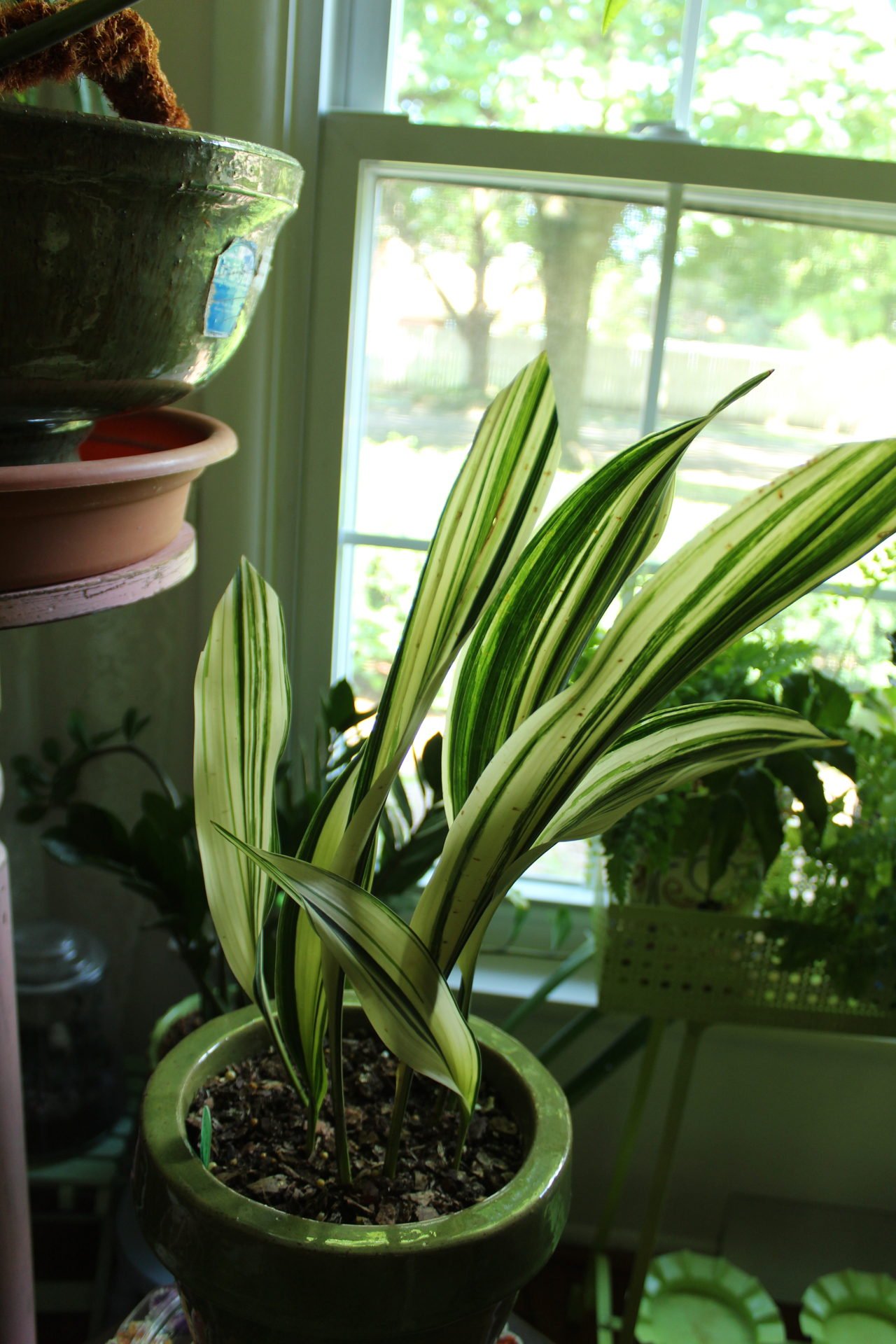 My friend recently wrote about these plants in her weekly column in the Detroit News and mentioned a song about aspidistras. I had never heard it. Listen to The Biggest Aspidistra in the World by Gracie Fields here. It is a cute song.

Last year I read all the Harry Potter books. They were amazing! Did you know there is an aspidistra mentioned in one of the books? There is! In The Deathly Hallows in chapter 5, Hagrid “knocks over two delicate tables and an aspidistra” to hug Harry in the Tonk’s house. Of course I had to mark it for a time such as this. I always find the houseplants!

So, if you can find one of these amazing plants locally, buy one. I will warn you that they can be a bit pricey, as they grow quite slowly, but well worth it in my opinion. If you can’t find one or want a more unusual one, order one from Plants Delights Nursery, because they have many (I counted 18) to choose from. Down south of course, they use them as ground covers. Here in the north, they are houseplants.

The ‘Snow Cap’ aspidistra below is being used in the landscape in the Texas Botanical Garden. I would like to have one of these in the house. I may have to place an order with Plants Delight. Do you have an aspidistra? 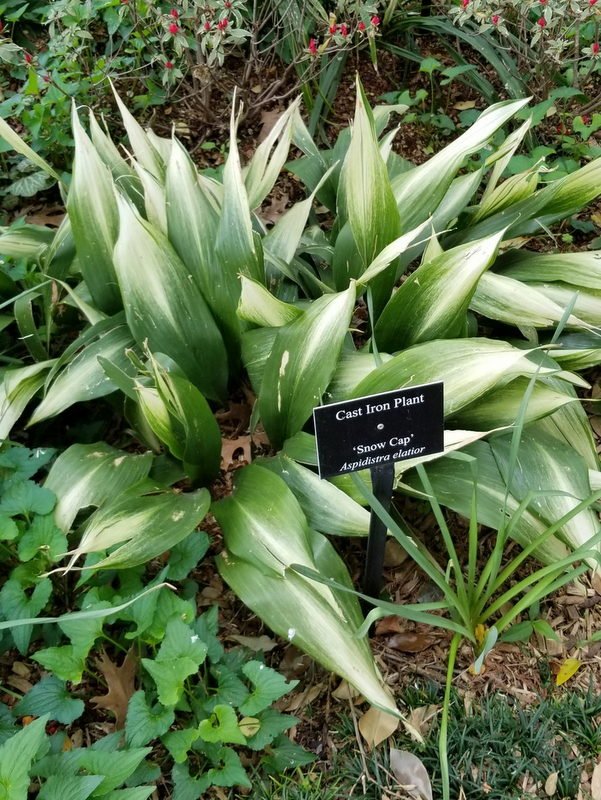 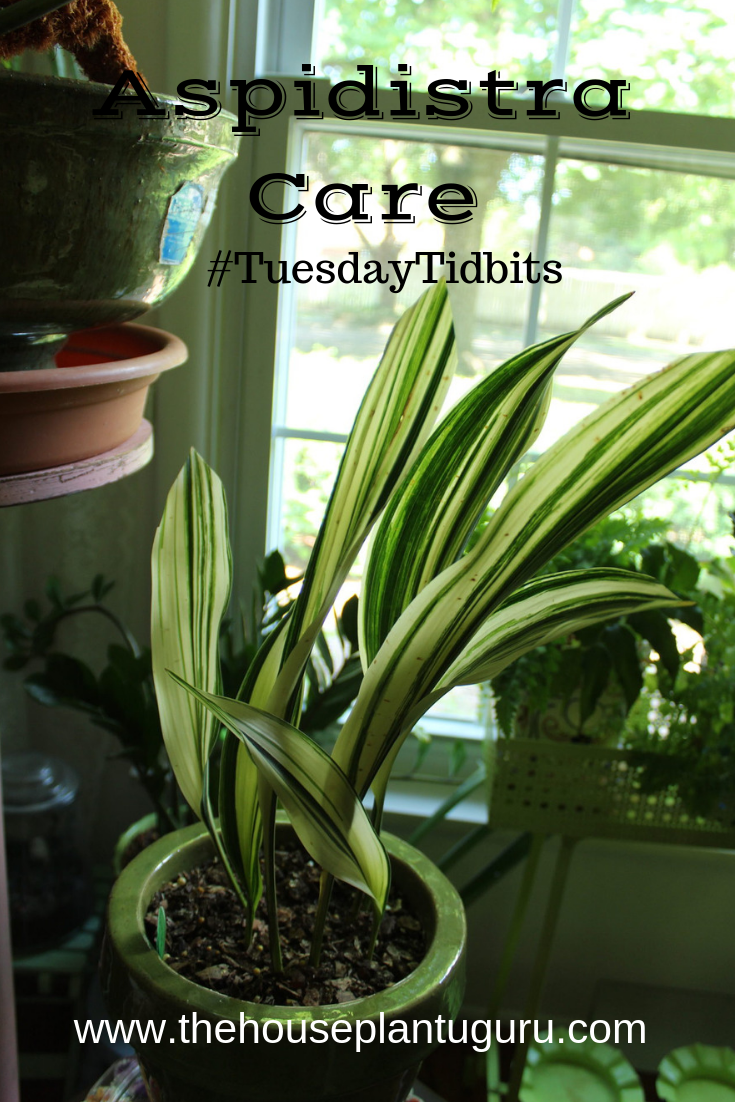