Why is My Tillandsia Dying? #TuesdayTidbits 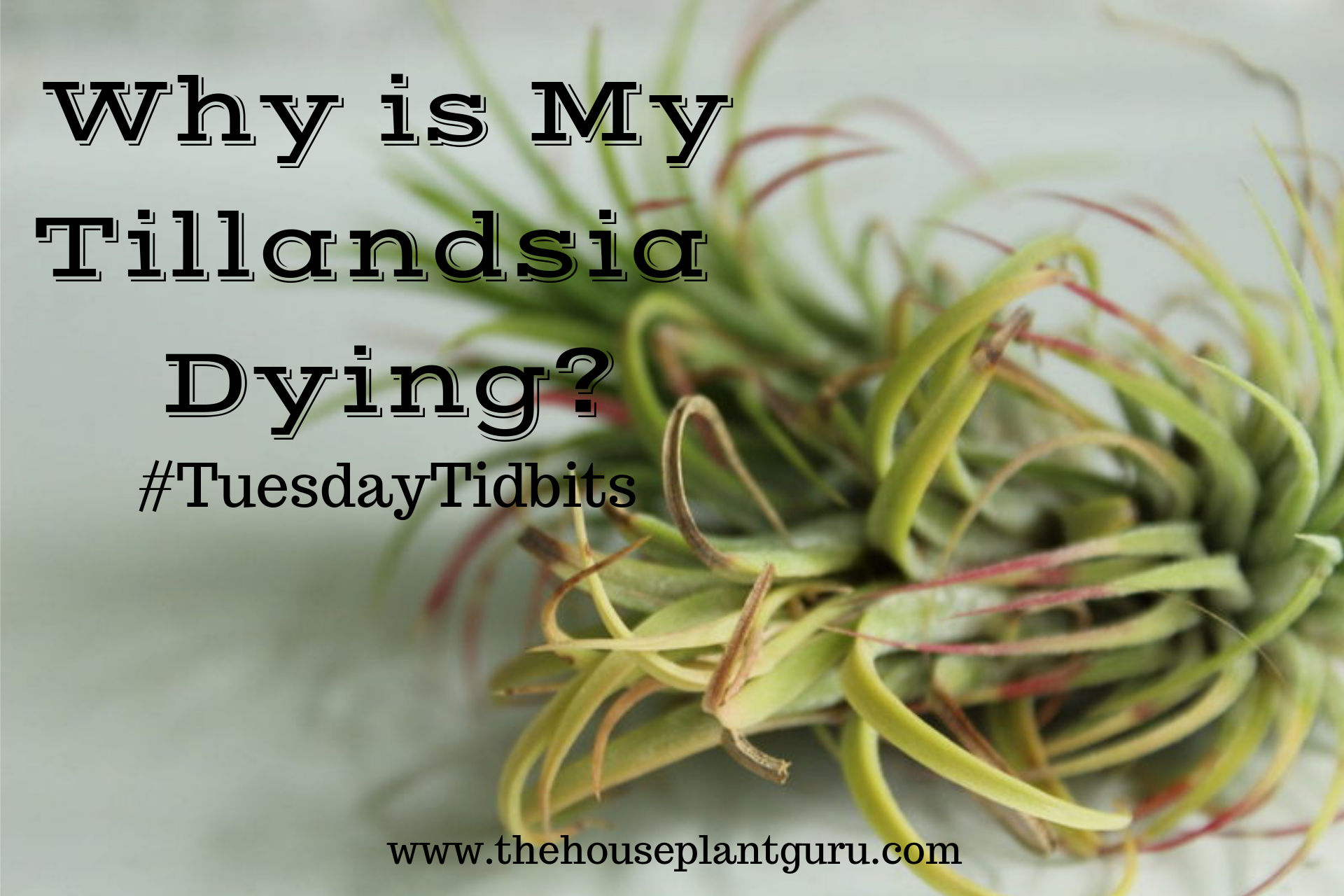 Have you looked at your tillandsia and wondered….why is my tillandisa dying? Often it may be from over- or under-watering or it may not have enough sun, etc. We will cover those aspects later. Today I want to talk to you about the the fact that after your plant blooms, it is going to die.

Your reaction-What? I actually didn’t kill it, got it to flower, and now you tell me it is going to die?!

It is going to be alright.

Yes…..but the amazing thing about nature is that, as with all plants, they make sure their  “line” will continue on. 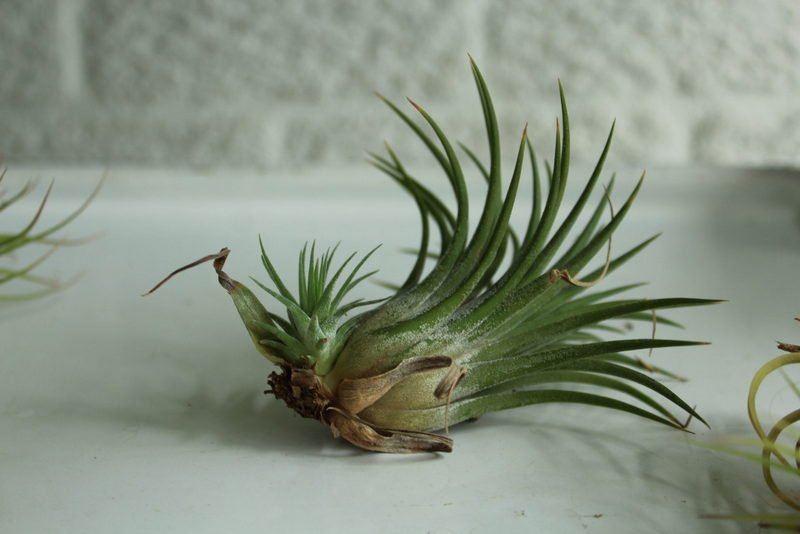 A new baby (pup) coming from the mother plant

The plant will take a long time to die. While it is slowly expiring, it is giving life and nutrition to the new pup (baby tillandsia) that is growing. As you can see above, this tillandsia that bloomed some time ago, has given rise to a new baby. When this plant is about 1/3 the size of its mother, you can remove it to have one plant, but if you leave it, it will eventually become a conglomeration of plants. 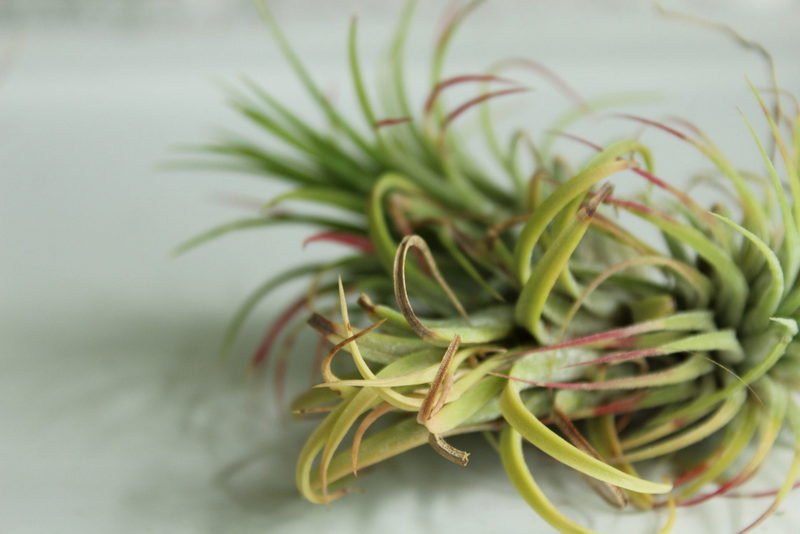 It is quite obvious that the middle plant is dying

The picture above is a plant I purchased and after it bloomed, it created the two on either side of it. As you can see the middle one is not looking too good, but the two on either side are starting to turn red, so I think they will be blooming soon. They then will send out babies as well and eventually the first one will be removed as it becomes brown and dies. 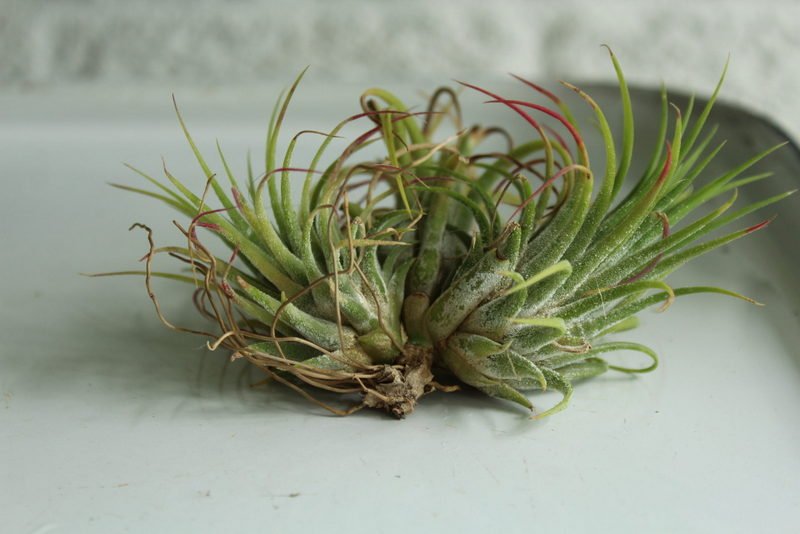 The back side of the picture above showing the two plants originating from the mom plant and roots too.

You can see in the picture above that the mother plant has also made roots.

I thought they didn’t have roots…? They are “air” plants, right? While the roots can actually absorb water and nutrients, their main job is to anchor the plant to a tree, wire, or branch in its natural habitat. 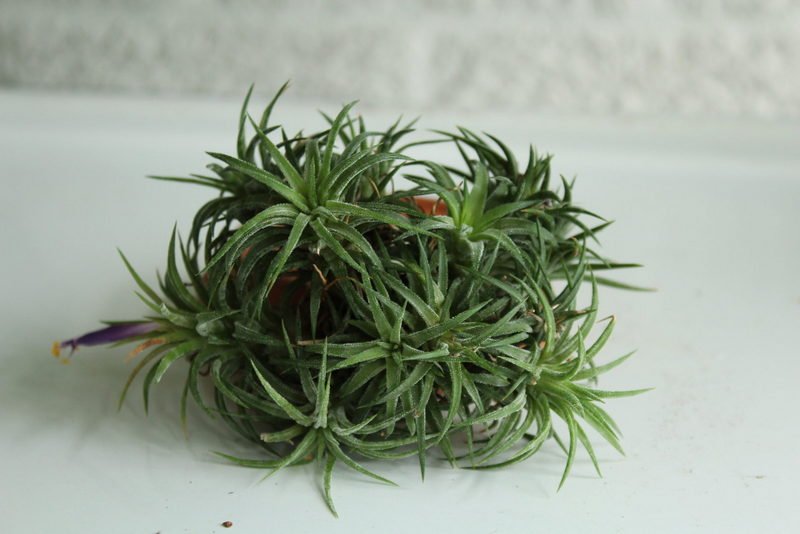 I bought the plant above as a cluster already. It keeps flowering and making new pups. I didn’t take a picture, but last week I removed what was left of a dead plant and you can see the hole where it was. 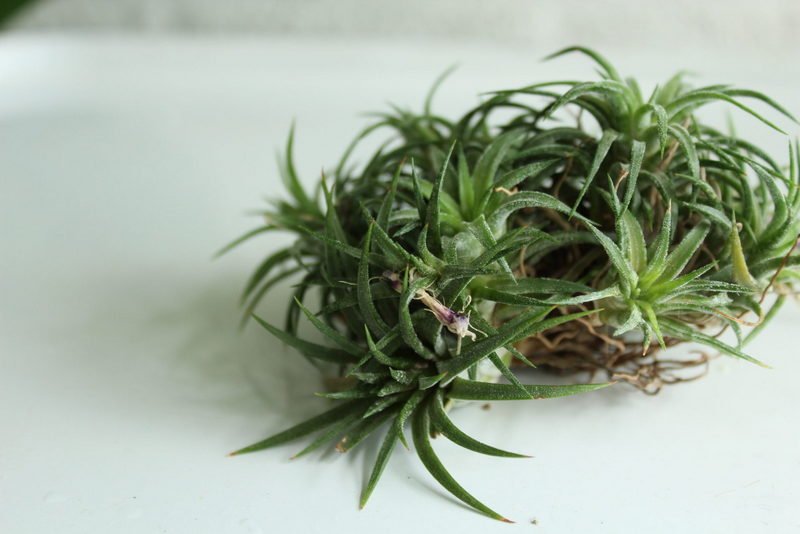 The dying flower. Notice the hole where another plant used to be 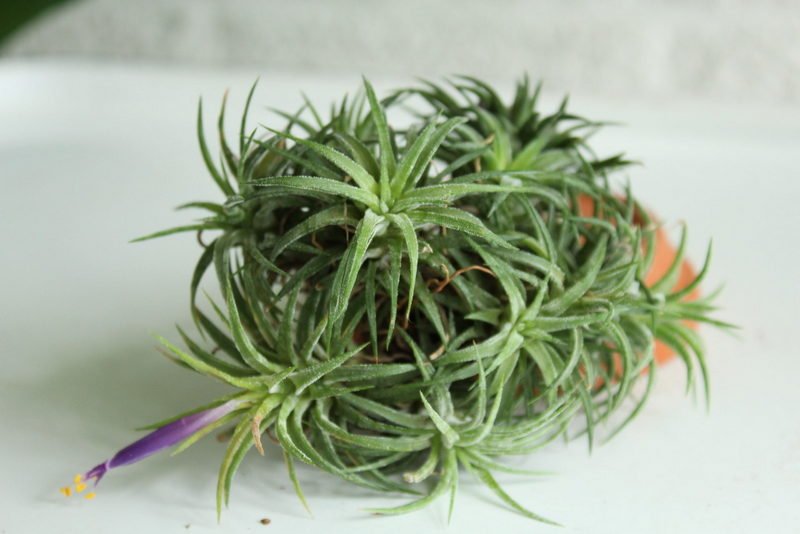 One of the tillandsia is flowering

Becoming a cluster of plants

The picture below is a cluster of plants, but I bought it as a single plant. After having it a couple of years, hanging it in a south window, flowering more than once, it has become a cluster of plants. You can tell which plant has flowered and is now “passing away” slowly. There are so many plants to cover it up and I am so excited that I actually grew this from one plant! 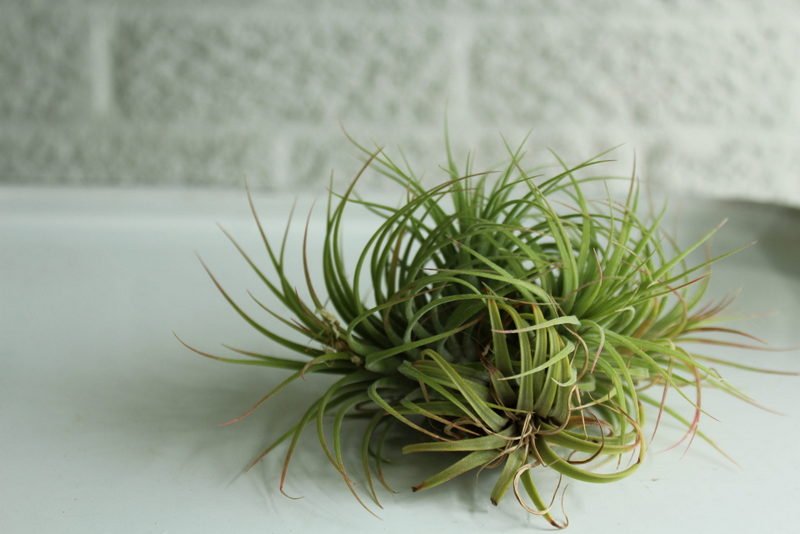 Plenty of pups taking over 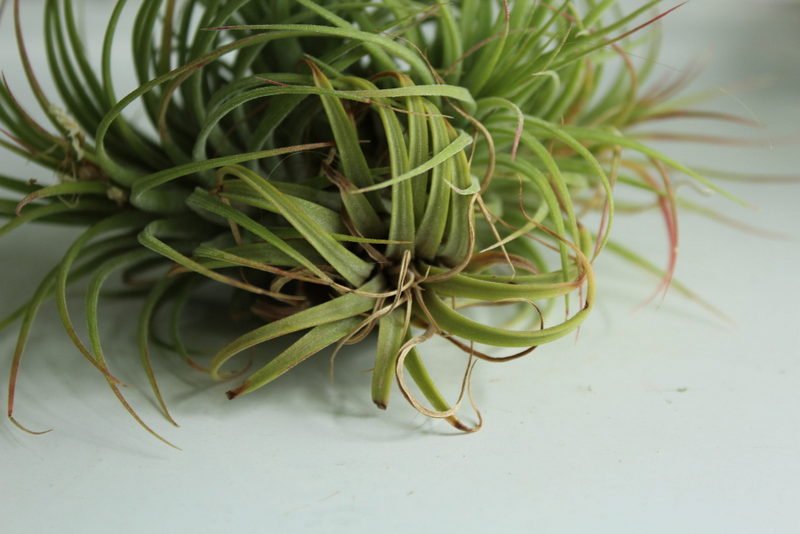 This is the dying mother plant

Below is a plant that I was gifted from my aunt a few years ago and I really need to cut the dying mother plant off, but my sentimentality kicked in and I don’t want to cut off the plant she gave me yet. 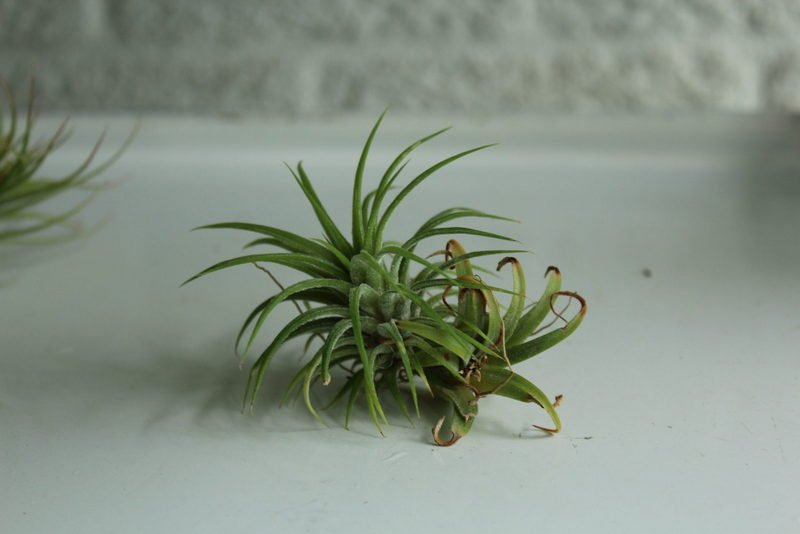 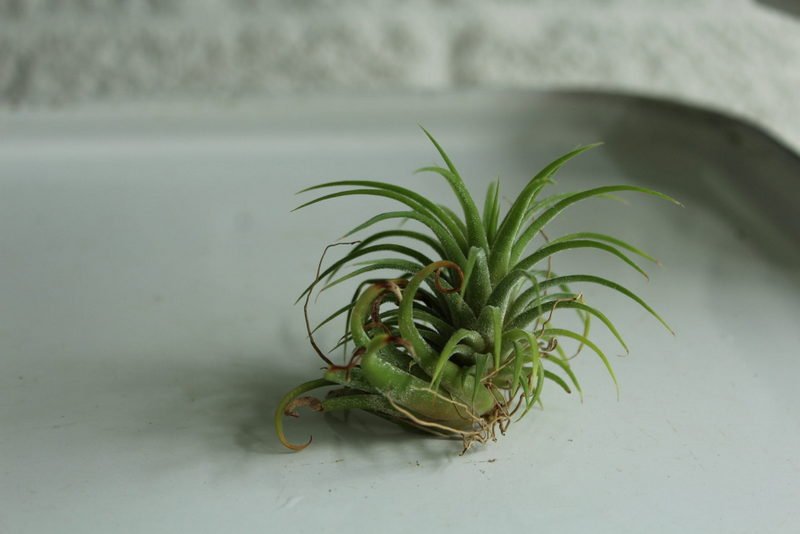 Another view and you can see it is growing roots

The picture below is from Matthaei Botanical Garden of a mounted tillandsia cluster. As you can see there are dying and already dead plants, as well as living, blooming plants. The botanical garden  just lets them grow naturally, the way it would happen in nature. 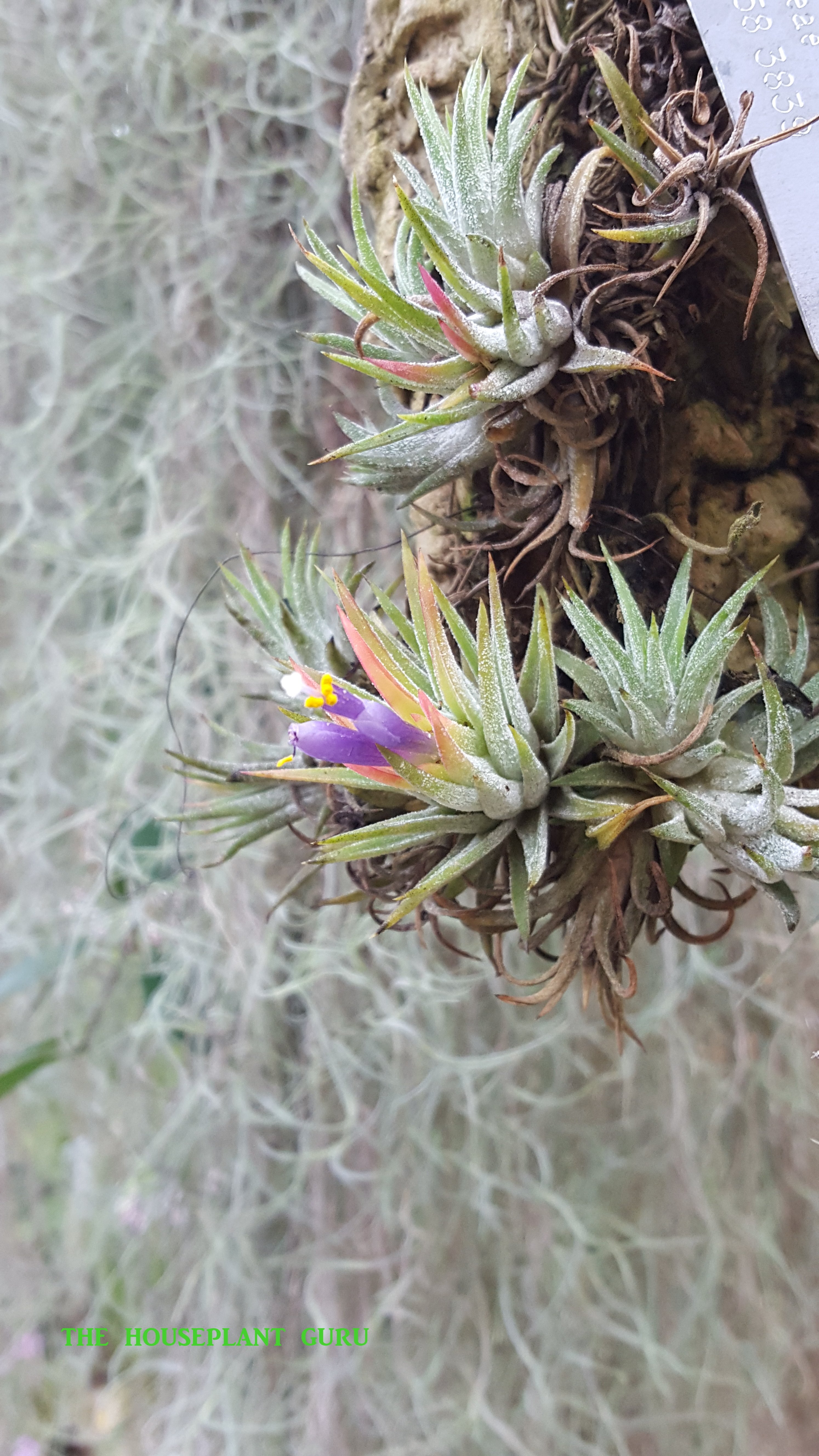 Below is a tillandsia I have in a west window and it is blooming. This was a few years ago and now it has a large baby growing off its base. 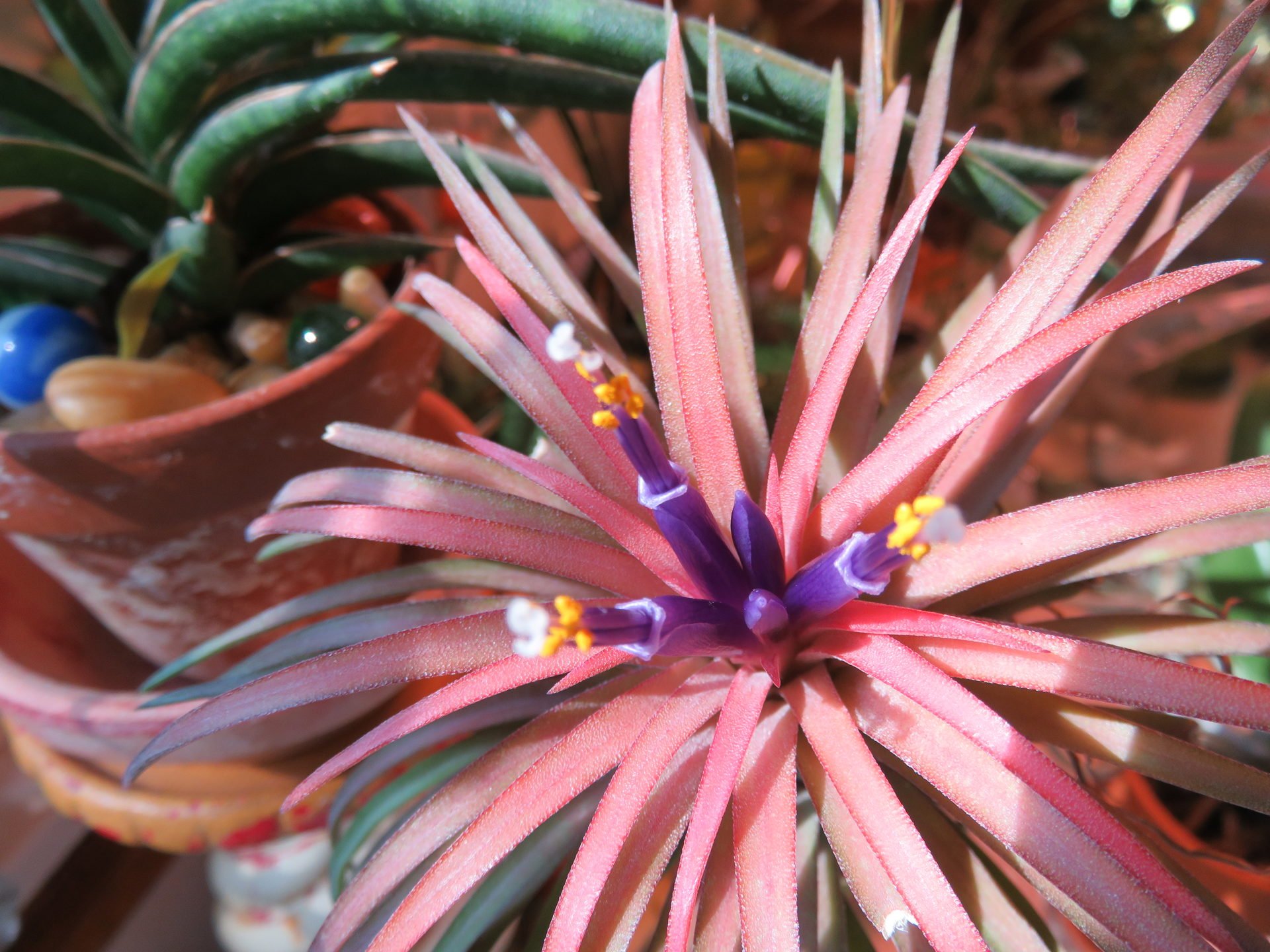 A blooming tillandsia in my west window

So next time you look at your tillandsia and it doesn’t look as good as it could, it may be dying, but at the same time, making a baby or two to take its place. Do you have any tillandsias doing this?

If this was helpful, pin the picture below to save it! 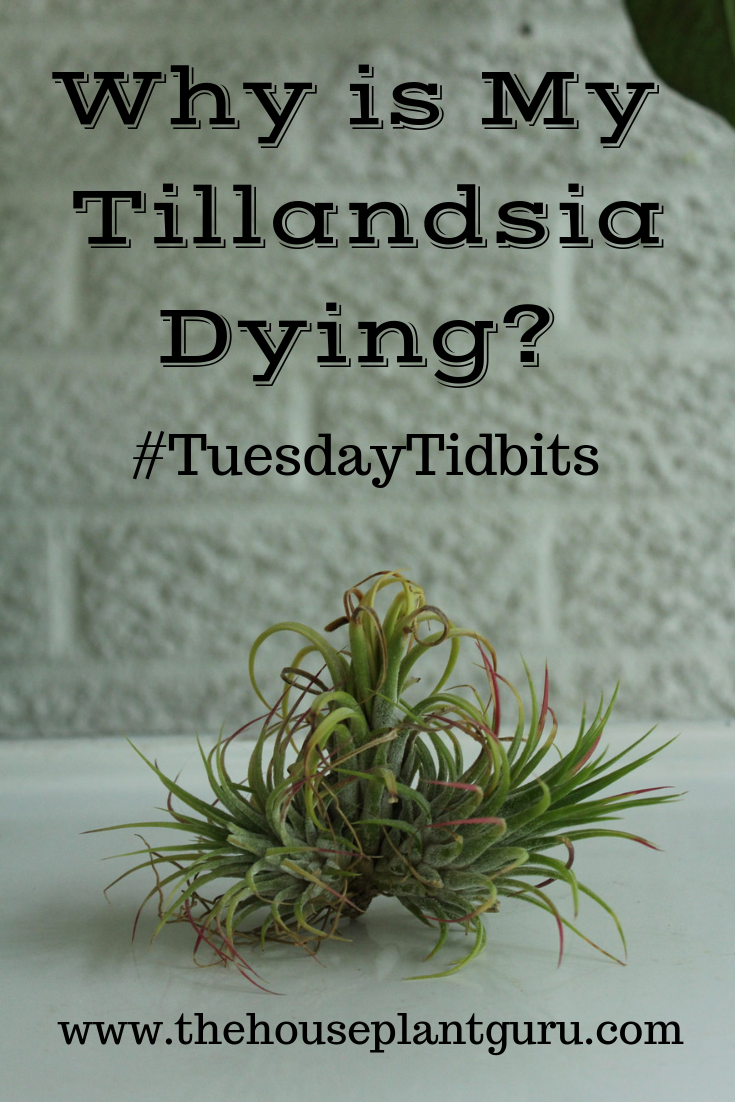