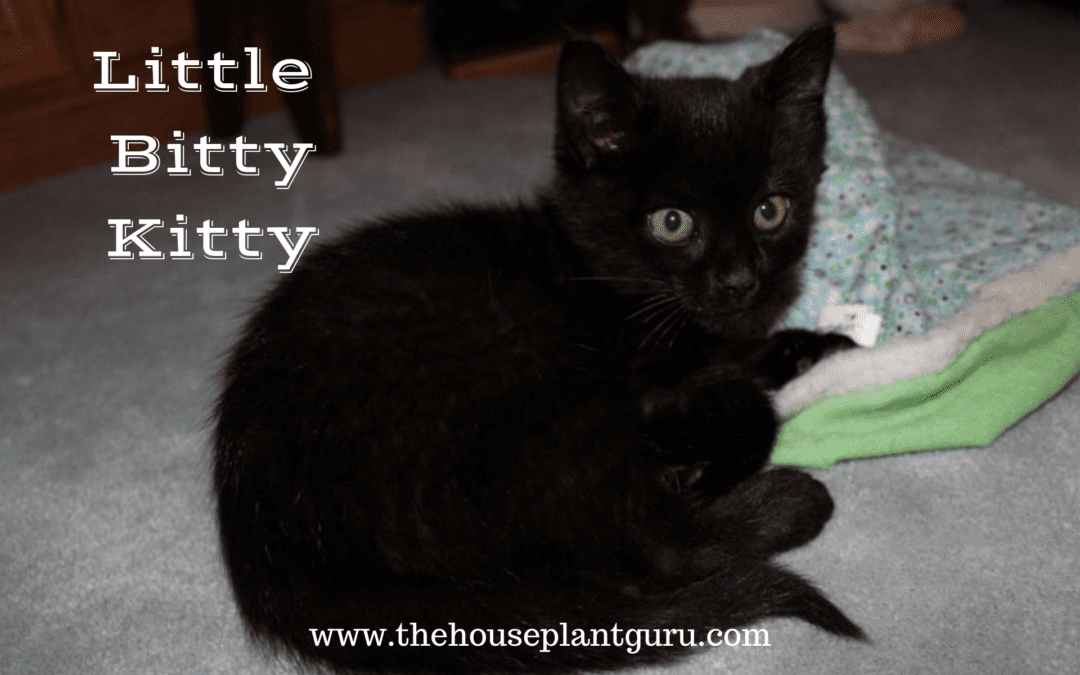 Here is why I missed Tuesday Tidbits and an African violet post….a little bitty kitty captured my heart and my attention.

He loves laying on my husband’s lap

Meet the newest member of our family. This is Henry.

How did this little bitty kitty come to live with us? It’s a good story!

I may or may not have told you that last month I lost both of my kitties within a week. Bianca was 19 and it was expected. Louis on the other hand, was a surprise. He quit eating and when I took him in to be checked, it was discovered that his stomach was full of cancer…..so within 9 days of each other, we were without pets for the first time in over 25 years. We. Were. DEVASTATED.

We decided to not get another pet for a while. Of course, in the meantime, our kids were sending us kitty pictures from pet rescue centers. I decided I needed a kitty. I have a friend who volunteers at the Humane Society and asked her to start looking for a black kitty for me. My first rescue was a black cat and we’ve had one every since. That request went out Friday morning.

The text that changed everything!

Fast forward to Friday night when I got a text from my daughter who was at a get together in Detroit. Here are two of the pictures I received, with a text saying a kitty needed a home. 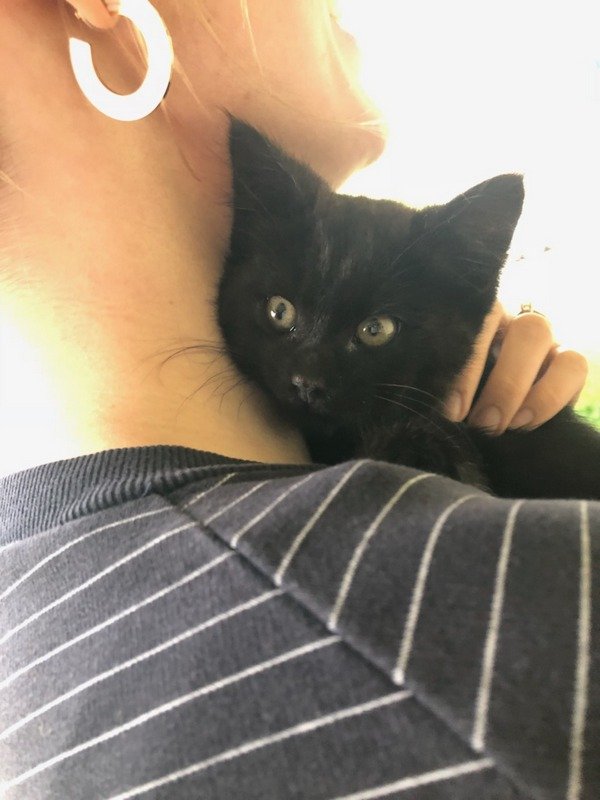 Henry and the lady that rescued him 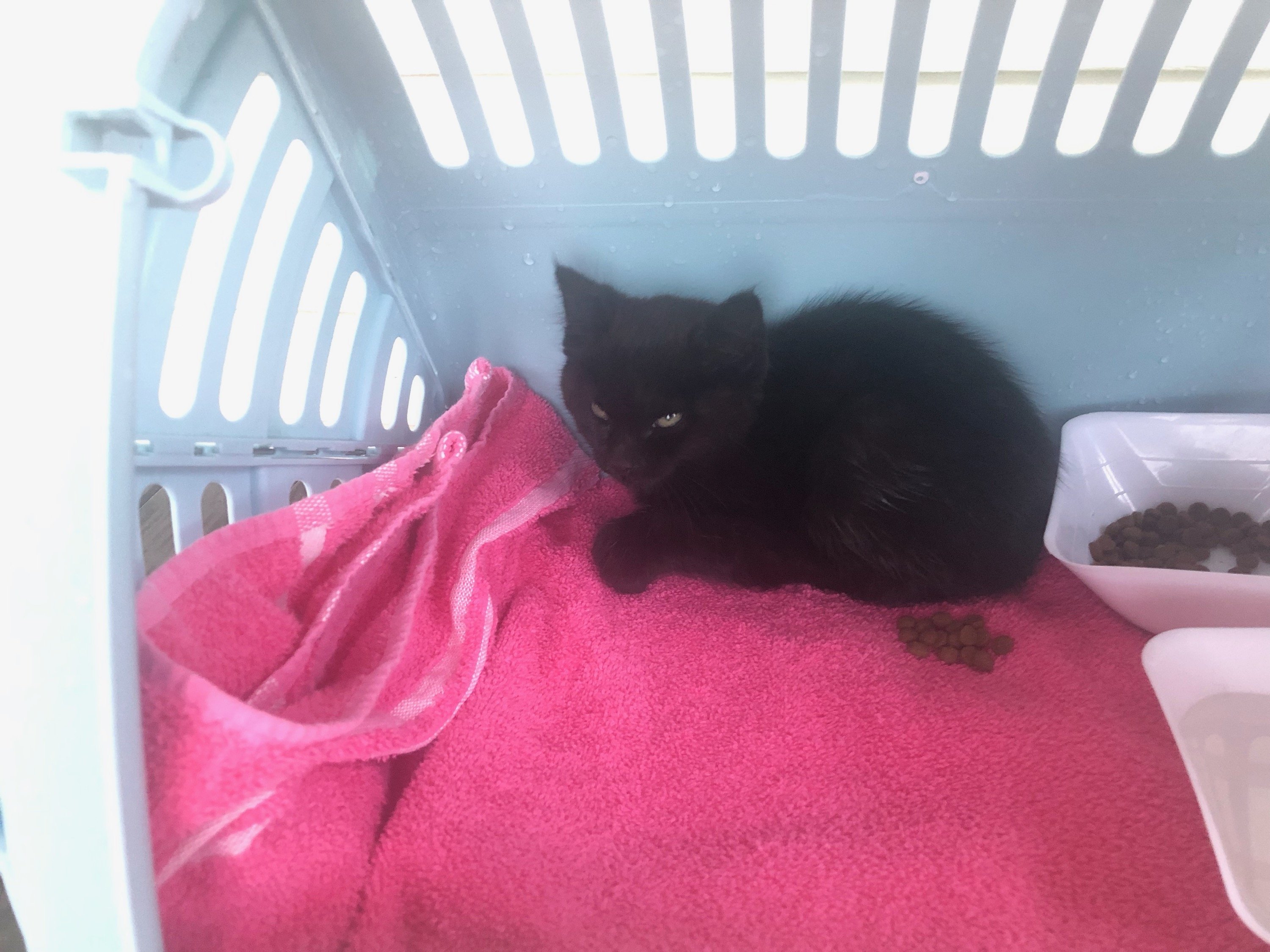 Waiting for me to take him home

Of course, I fell in love instantly and drove to Detroit at 10 pm Friday night to pick him up. It turns out a couple on the way to the party almost ran over him as he crossed Jefferson Avenue in Detroit. It is a very busy, multiple lane street. They slammed on their brakes and the kitty went under their car. She jumped out,  scooped him up and brought him to the party. They couldn’t keep him as the husband is allergic to cats. I am so glad they stopped to rescue him! Thank you Morgan!! So my daughter called me and I went immediately. Below is a picture of the first time I held him. We were going to name him Jefferson, but it just didn’t work for a kitty name. (Don’t you agree?) So he is Henry, after Henry Ford. 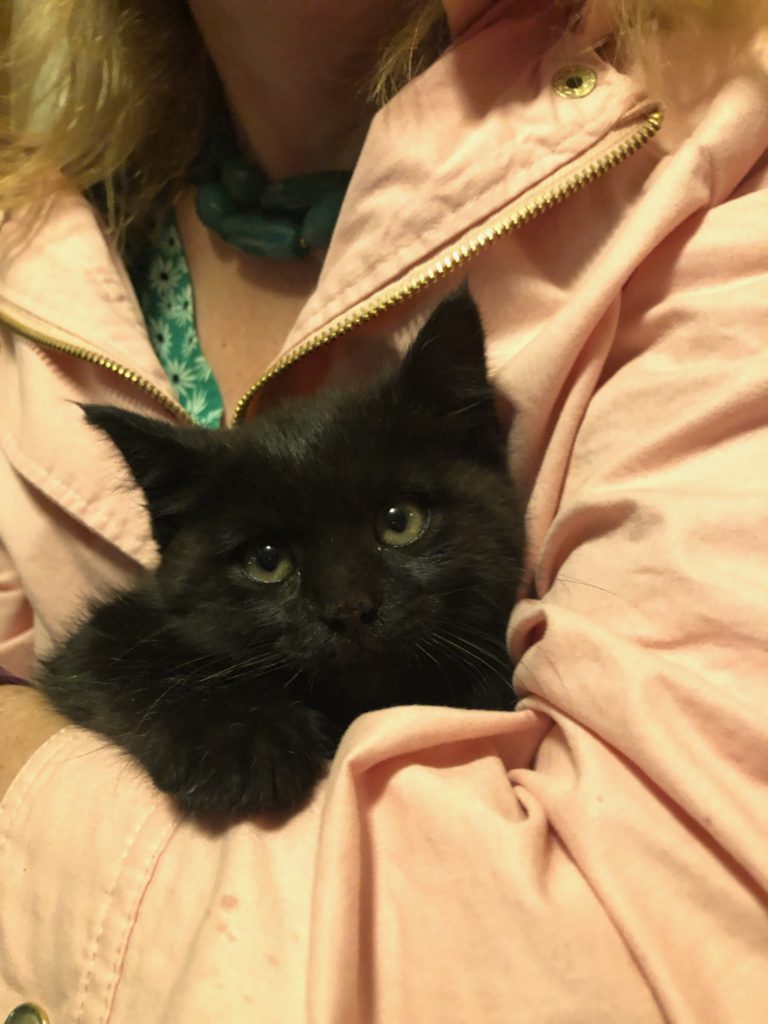 The next morning, on a holiday weekend no less, I luckily found a vet that was open and took him in. He had an injured leg and tail. In fact, his leg was badly broken and he needed surgery to put a pin in. Oh, boy.

So Tuesday morning,after keeping him as calm as possible for the weekend, he had surgery on his leg. He may lose the tip of his tail, but we won’t know for a while. 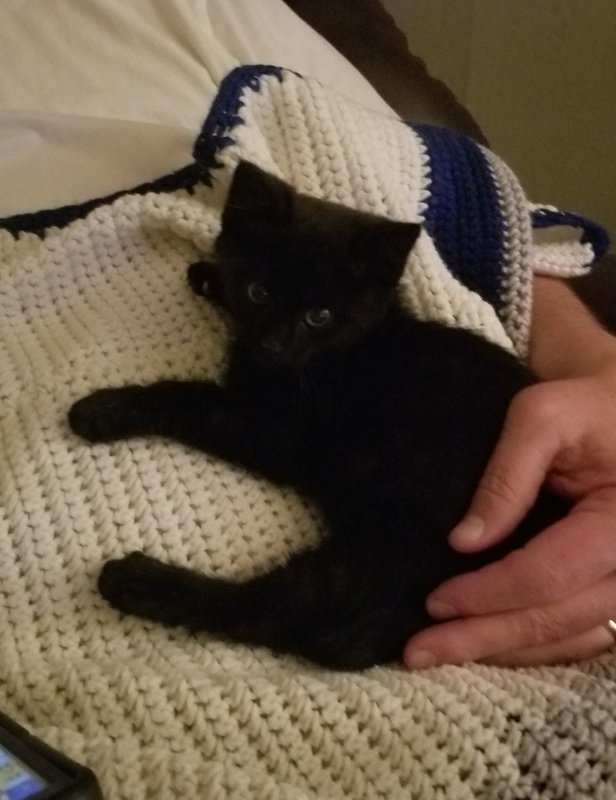 He is healing nicely and is a happy playful kitty, surprisingly. You would think he would just lay around in pain, but no. He is rolling around playing with his toys and barely limps.

We love him. So now you know why I was absent from social media on Tuesday. All for the love of this adorable kitty! I am so glad we could save this little kitty from certain death on the busy streets of Detroit!