Why is There Powder on My African Violet Leaves? 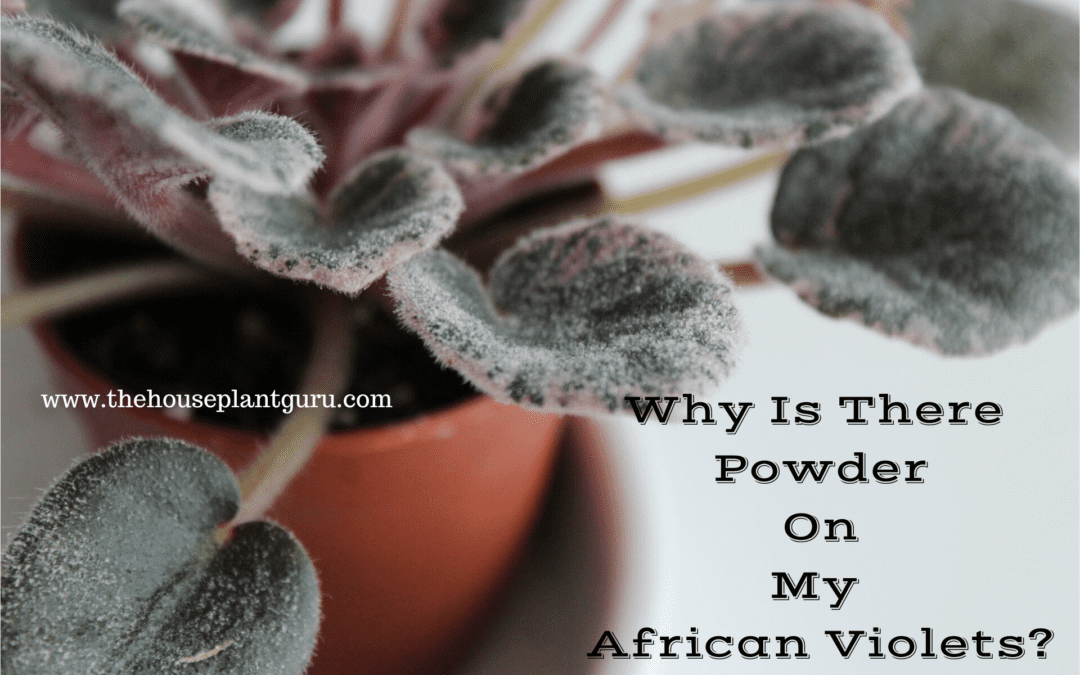 I have recently bought a few new African violets. They were all looking good until I noticed that there was some white powder on the leaves of one of my miniature ones. It may not be apparent at first, but if this isn’t treated, it will kill your plant. What is it? Powdery mildew. 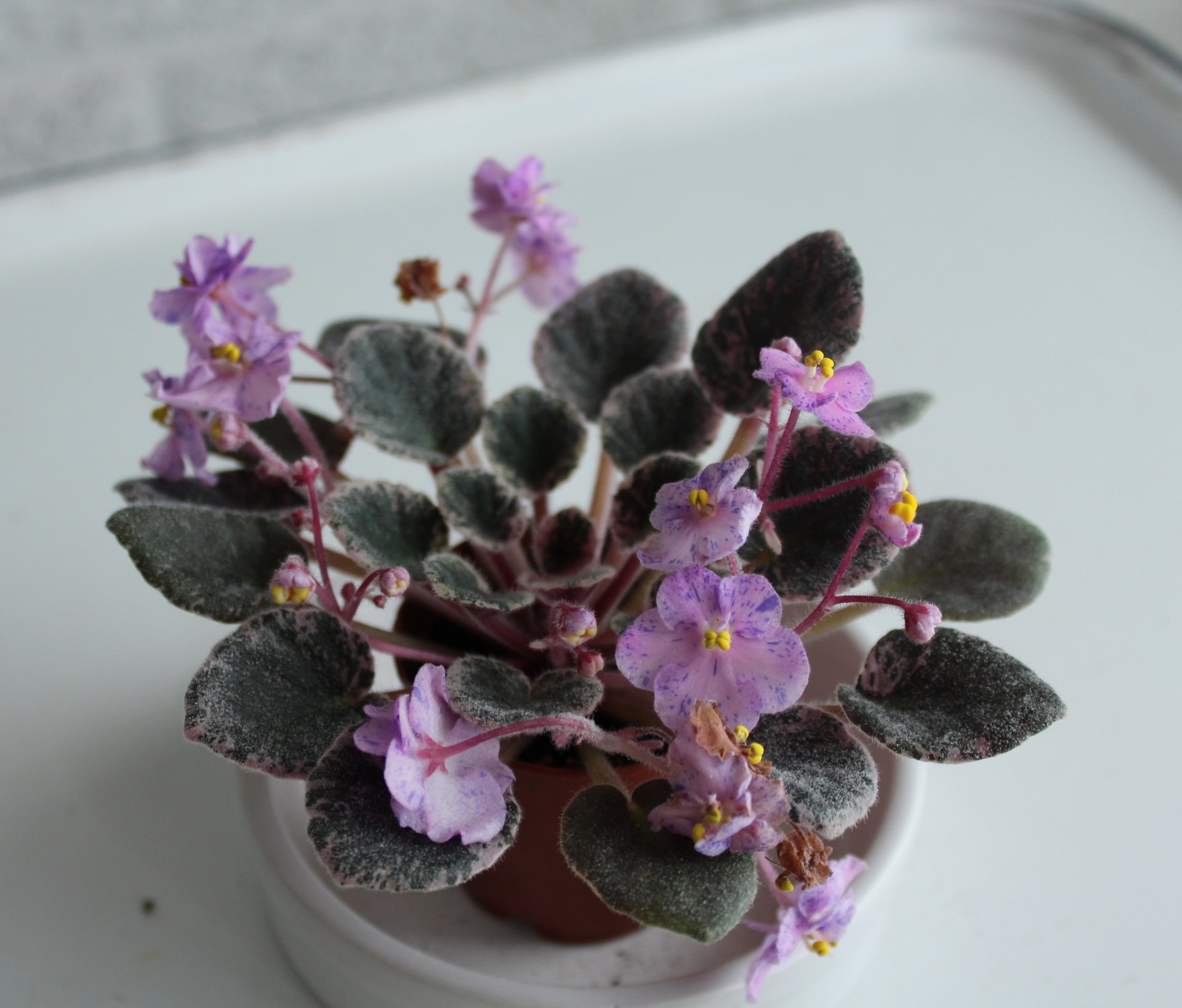 Hard to see the powdery mildew on the plant

It isn’t really noticeable until you get up close.

What is powdery mildew? It is a plant pathogen called an obligate parasite meaning it can only grow and reproduce on a living plant. It infects any green tissue, including leaves, stems, and flower parts. The powdery mildew has small root-like haustoria ( Merriam-Webster:  a nutrient-absorbing outgrowth of a fungus or parasitic plant that penetrates the tissues of the host organism) that obtain their food from the African violet cells in the epidermal layer. 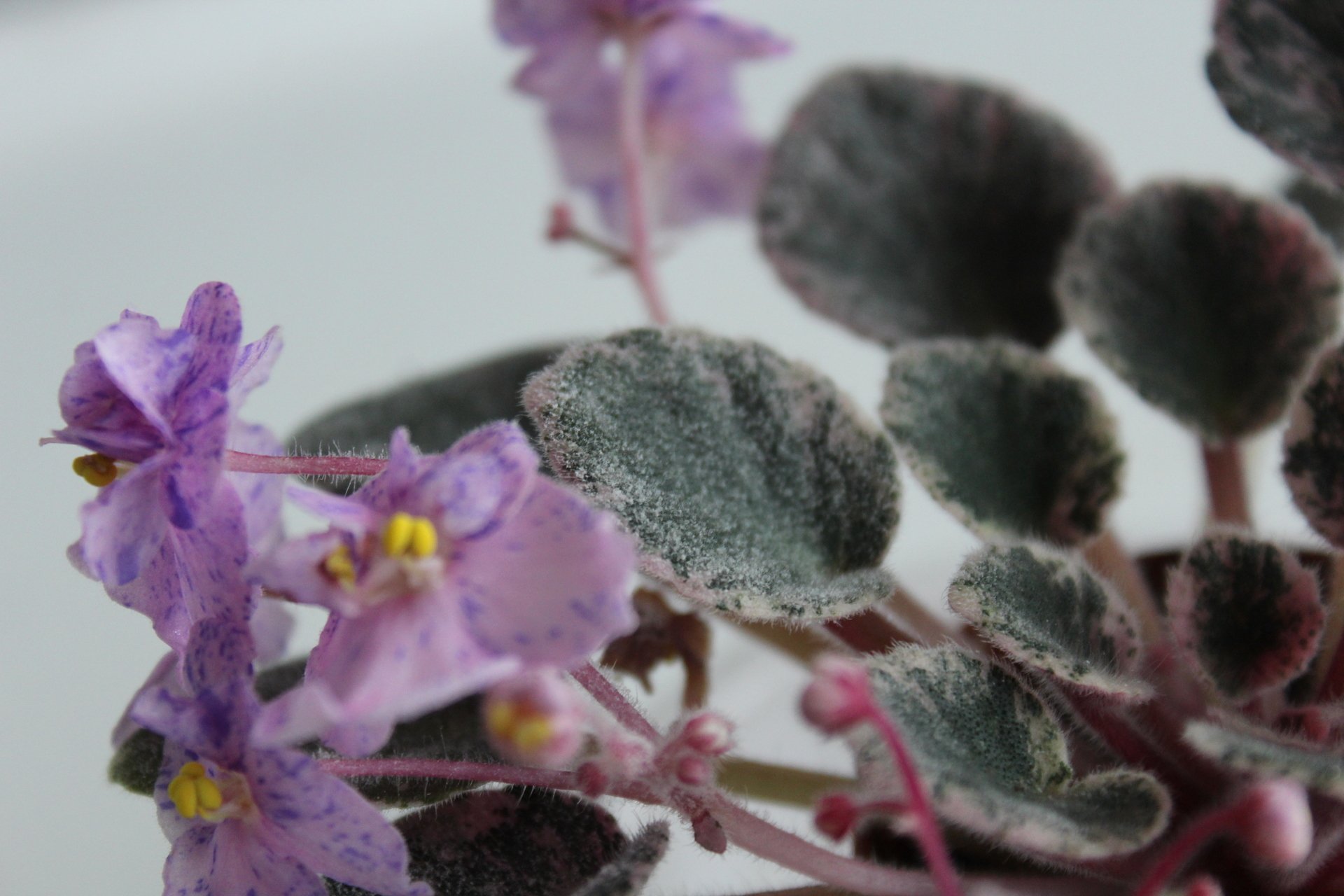 Its all pretty gross isn’t it? The poor plant. You can see the powdery mildew on the flower stem below, as well as on the leaves. 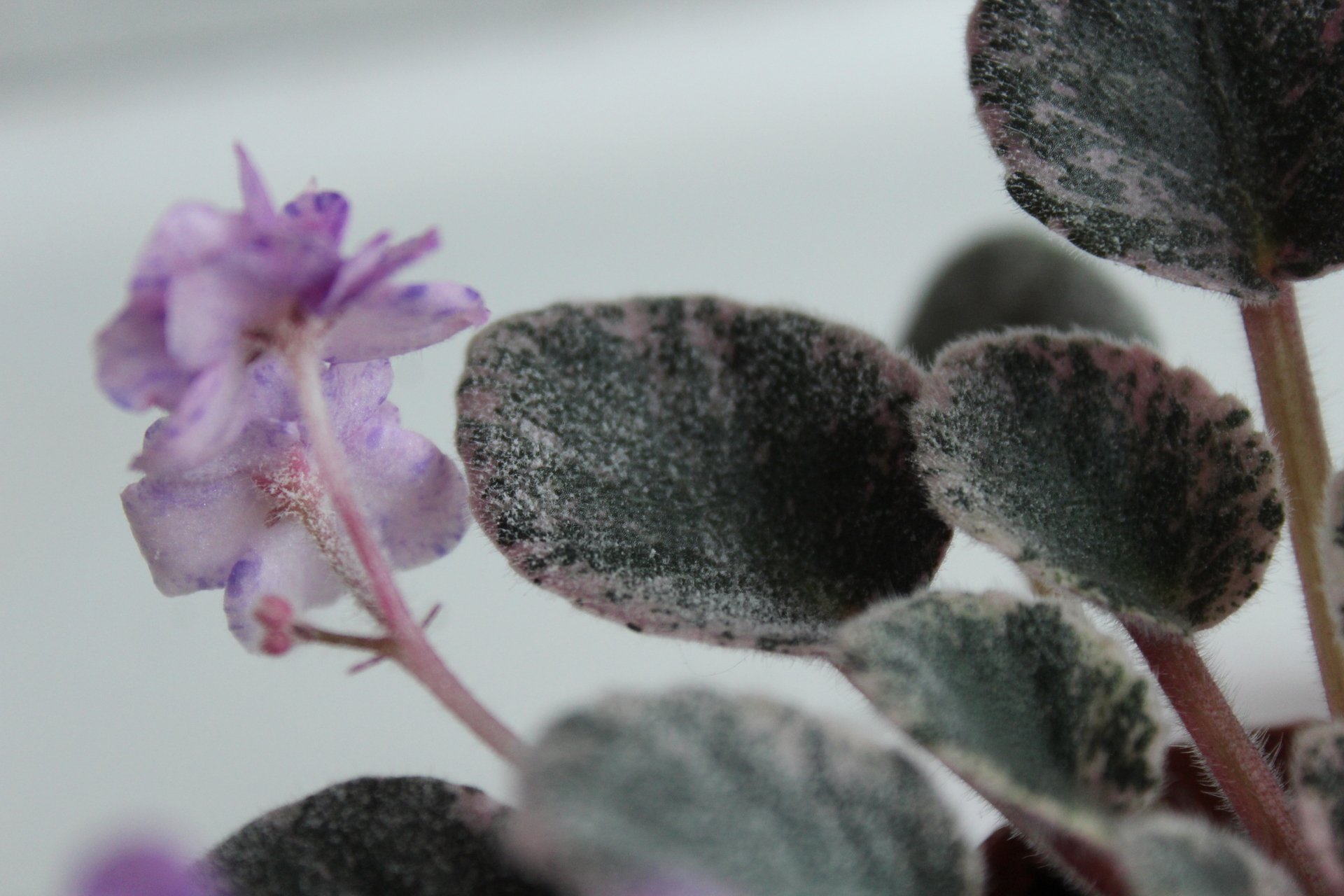 Powdery mildew on the leaves and the stems of the flower

How to get rid of it

The good news is that it is easily controlled if caught early and there are many ways to treat it. Some people use Lysol to spray their plants. Spray carefully as the aerosol can damage plant parts. I have not done this but would recommend a light hand with the spray if that is what you decide to do. I HAVE used Neem oil. It worked for me and it seems like it worked overnight. I have not sprayed this plant yet as I just discovered the problem. I will show you pictures later after I spray it. Any type of fungicide that is labeled for use on houseplants should work. The key is to catch it early before it damages your plant too badly. 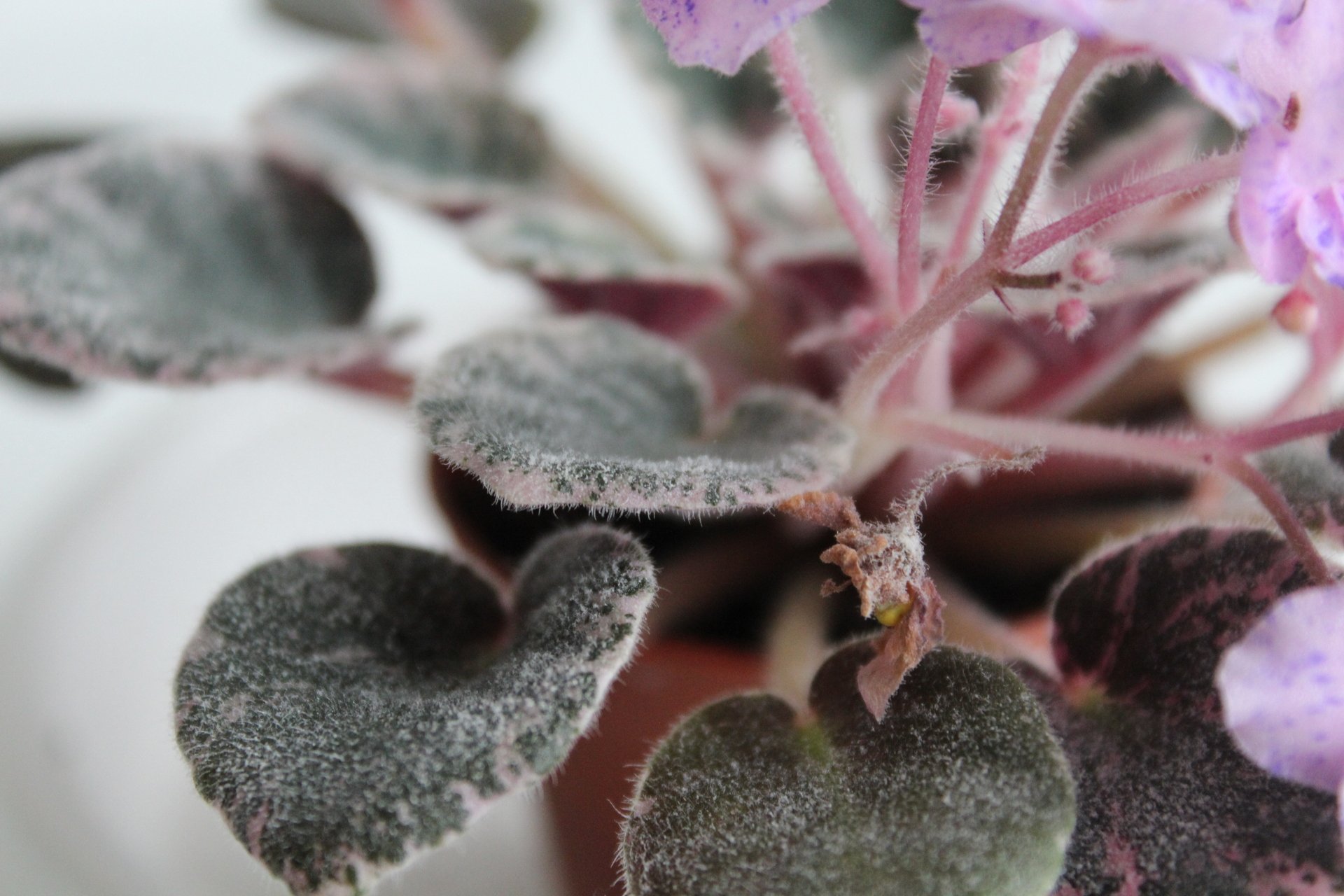 See the spent flower that is covered with powdery mildew 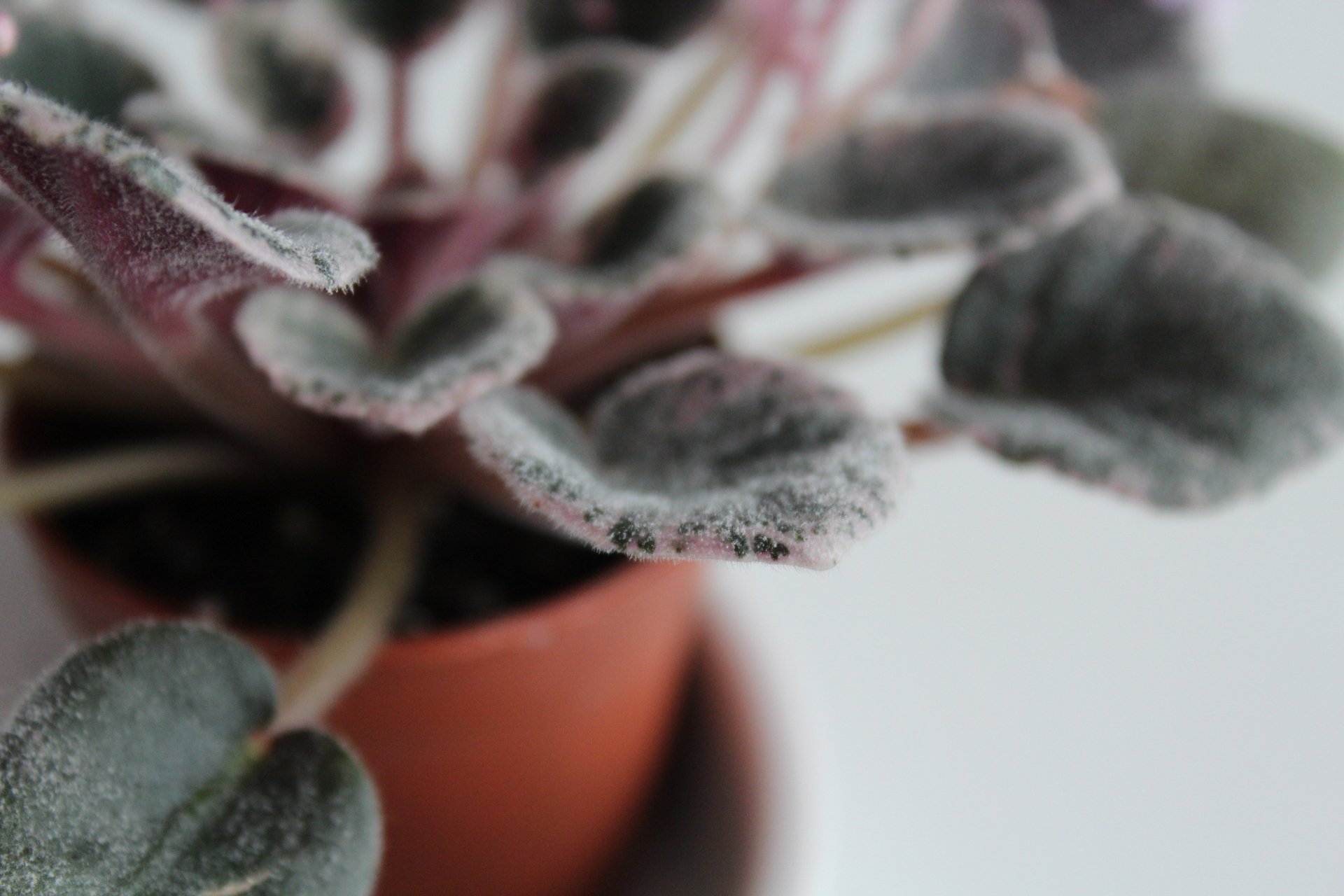 See the mildew on the back of the leaf

Why do our plants get this?

Why do they get powdery mildew? It seems like it happens a lot in the winter when we warm our houses up during the day and cool them down at night, by as much as 10 degrees. That paired with stagnant air, sets the plant up for an attack. Air circulation is a big factor.  I find I don’t often get it on the plants where there is a ceiling fan running all the time. This plant was in the kitchen under lights where there is no air circulation and the humidity is higher, which is also a factor. 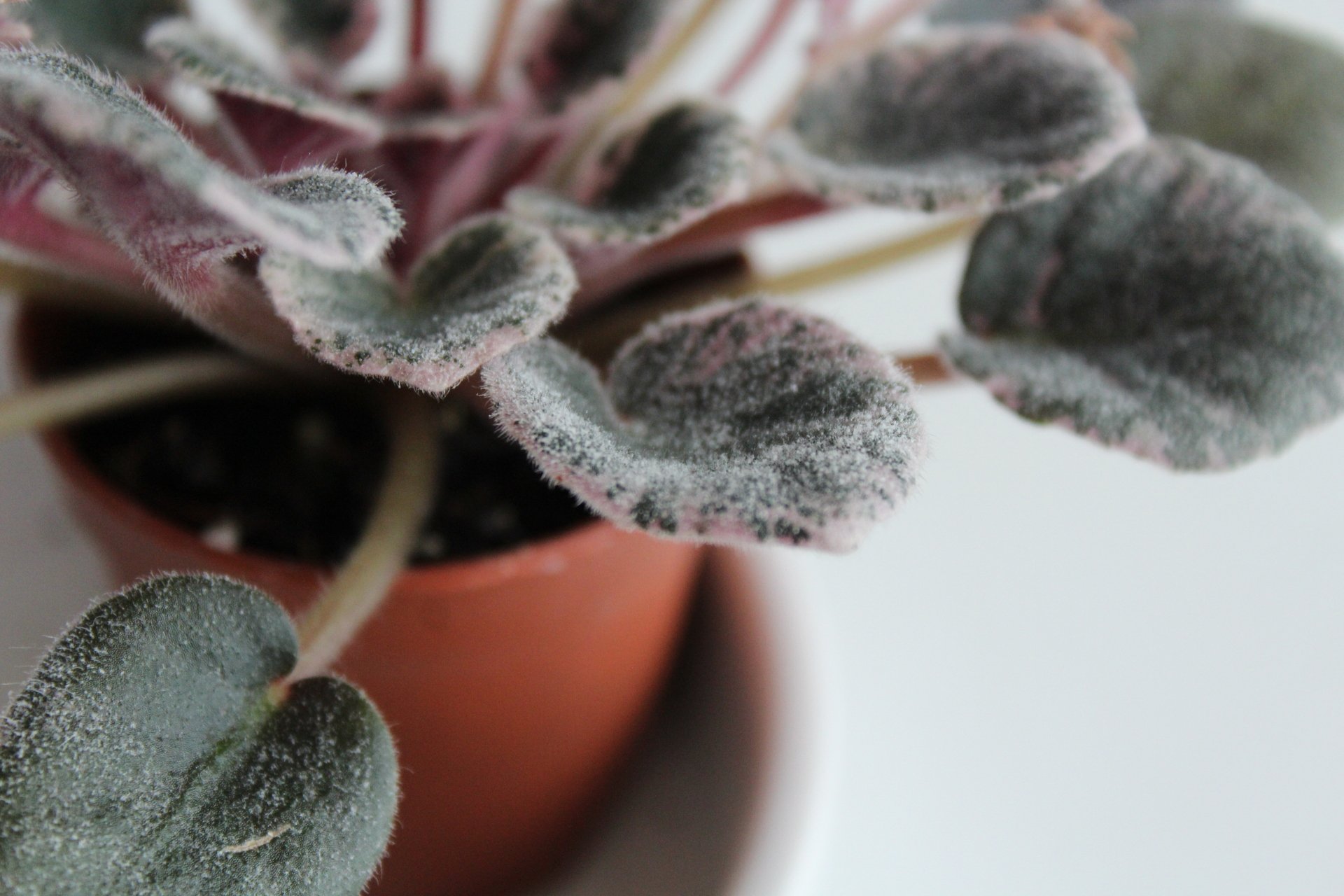 The powdery mildew is obvious

At this time of year, check your plants often and you will catch the problem early before it damages the plant.