Do You Know Why We Should Thank Joel Roberts Poinsett? 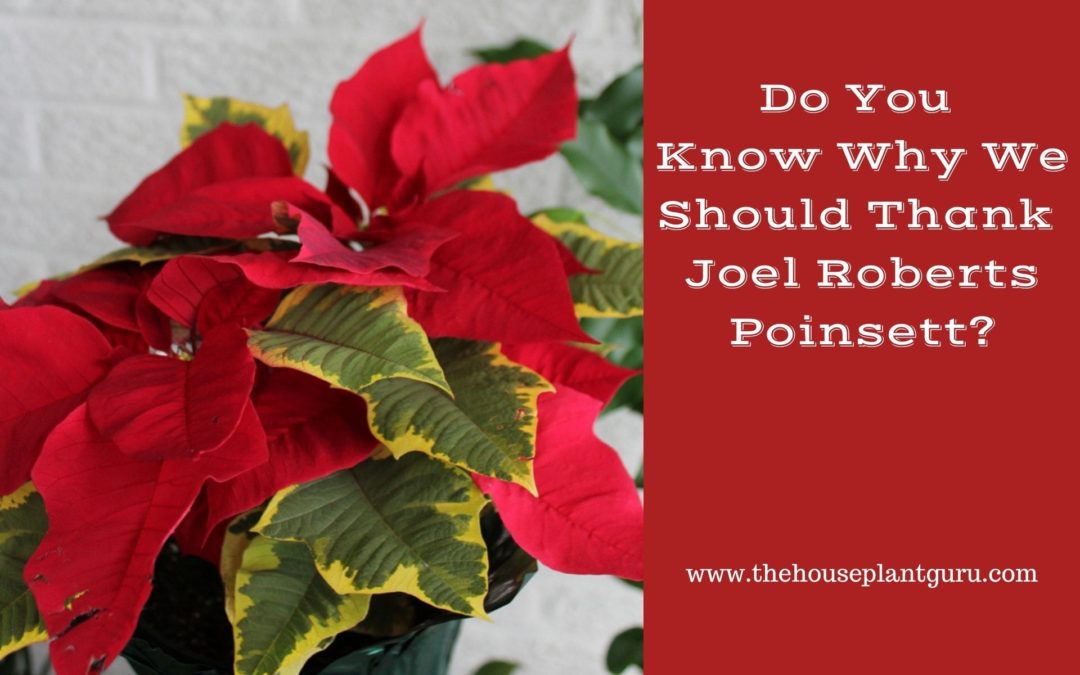 Who is Joel Roberts Poinsett and why does he need to be thanked? Because he brought the poinsettia to the world. Of course, he didn’t invent the poinsettia or was he the first to discover it. The Aztecs used it for red dye and to reduce fevers, yet Joel did appreciate its beauty enough to take cuttings and try to reproduce it. Thankfully, it worked.  Let’s find out a little more about Mr. Poinsett.

Joel Roberts Poinsett was born on March 2, 1779 in Charleston, SC, to Elisha Poinsett, a wealthy physician, and Katherine Ann Roberts Poinsett. He pursued his education in Connecticut and Europe and was educated as a lawyer and physician, but he wanted to be neither. He chose a different path and traveled extensively. His work resume is lengthy and impressive. Among other things, he was the first United States agent in South America, he served in the U.S. House of Representatives, and was the first U.S. minister to Mexico. He was also the co-founder of the National Institute for the Promotion of Science and the Useful Arts. (It later became the Smithsonian Institute). The United States presidents thought highly of him. From August 1822-January 1823, Joel was sent to Mexico as a special diplomat by President Monroe and in 1825, President Adams sent him to Mexico as the United States Ambassador. He was also the Secretary of War for President Van Buren. He was obviously an important and busy man and wasn’t even married until he was in his mid-fifties to Mary Izard Pringle (in 1833). Yet, as impressive as that all was, Joel Poinsett was most well known for his botanical contribution to the world. The poinsettia. 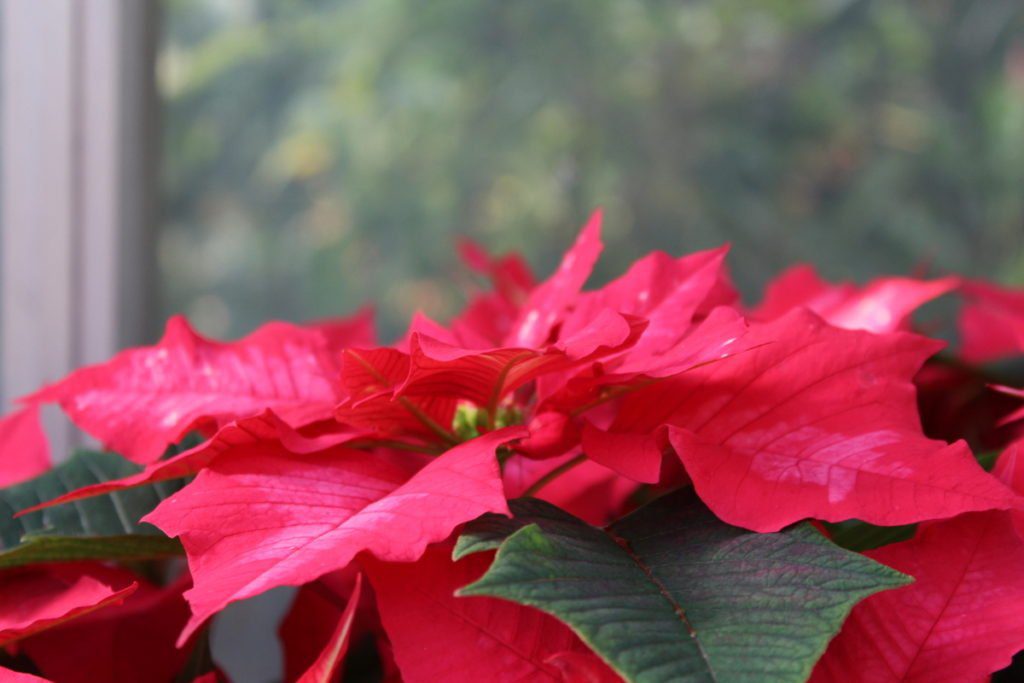 During the first year, he was the ambassador to Mexico in 1825, he brought or sent (not sure) cuttings to his estate in South Carolina and later shared them with friends. A friend in Pennsylvania took it to a horticultural show in 1829 and also named the plant for his generous friend, Joel Poinsett. The rest is history. Poinsettias are one of the largest selling flowering plants in the world. Who doesn’t want a poinsettia at Christmas? I sure do, and not just the plant, as I decorate with them. 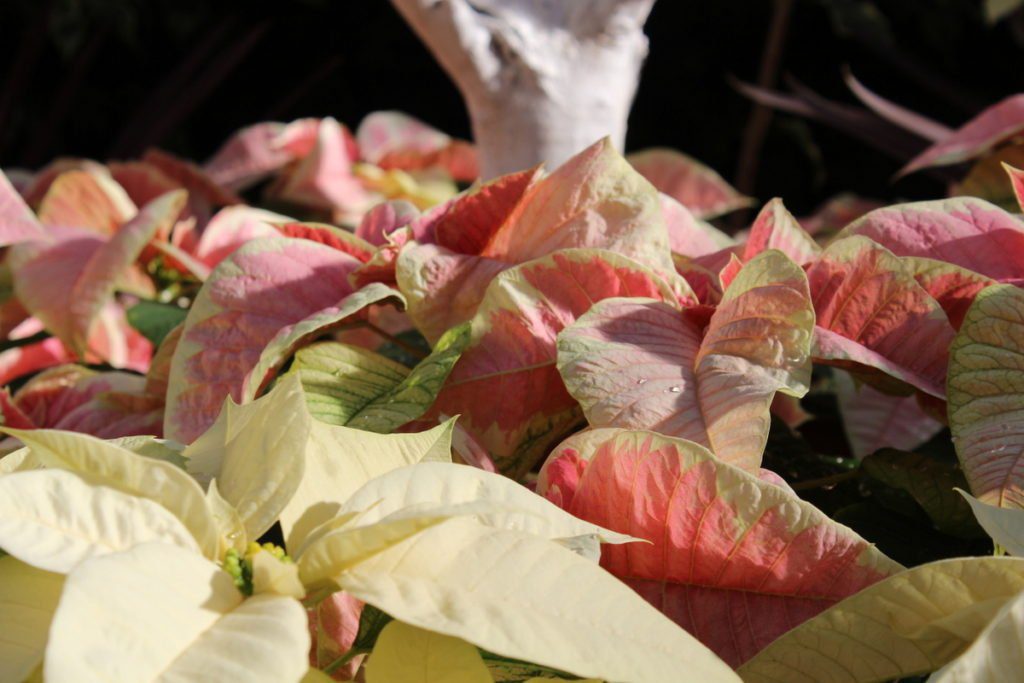 A day named for him

Don’t you think Mr. Poinsett would be astounded by the colors and varieties available now? He never knew what he started and the astronomical amount of poinsettias that would be produced every year. He was a wealthy man, but he may have been a billionaire producing poinsettias! Joel Poinsett died December 12, 1851 and today December 12 is known as National Poinsettia Day in his honor. 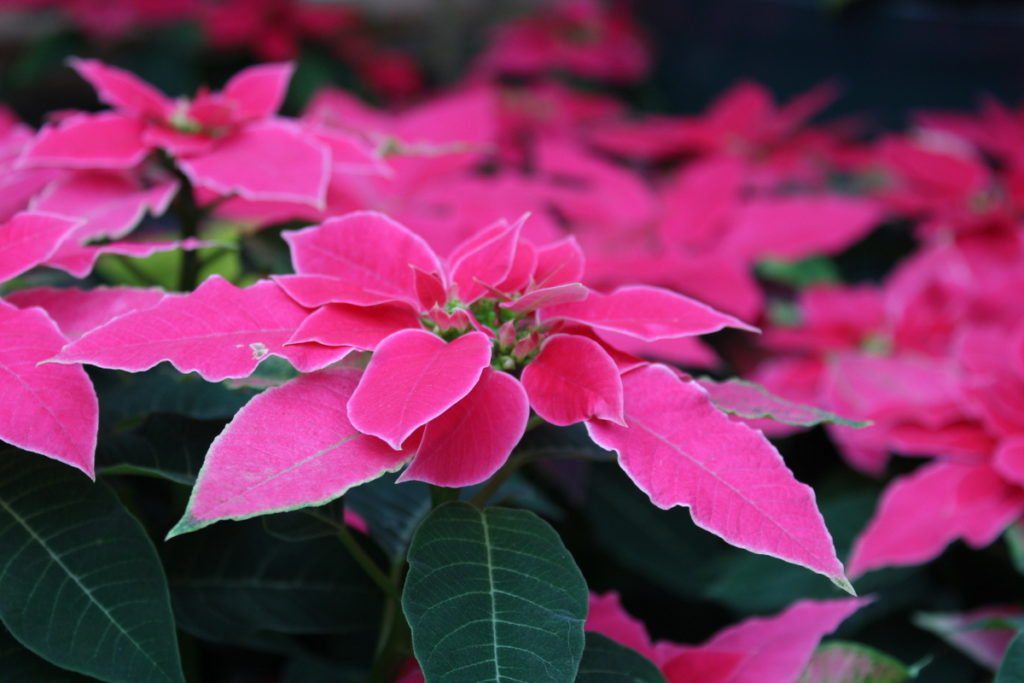 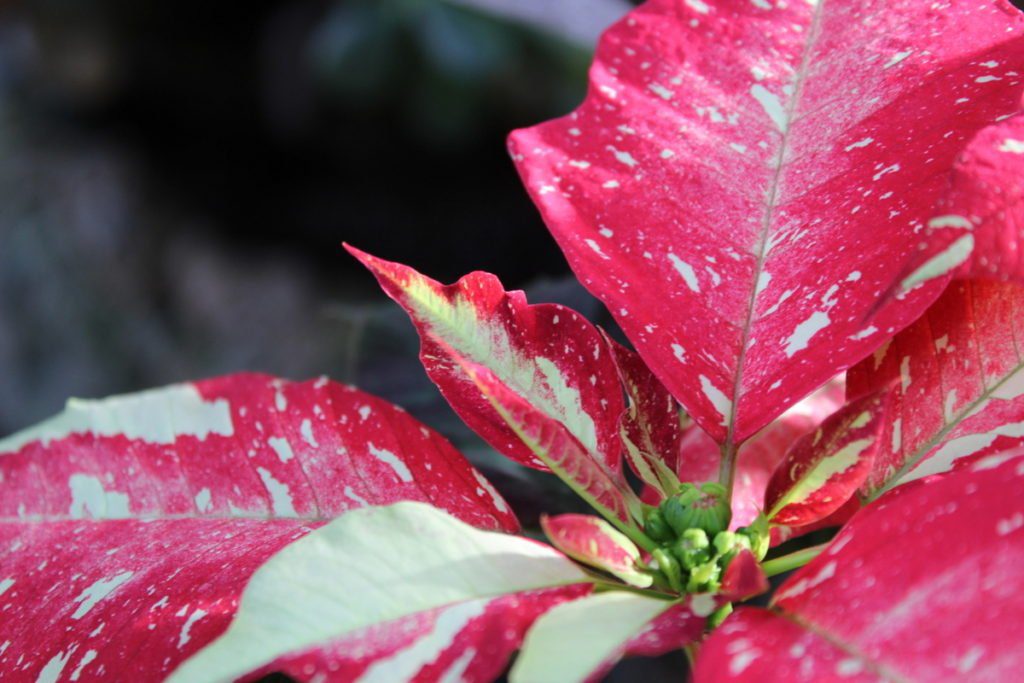 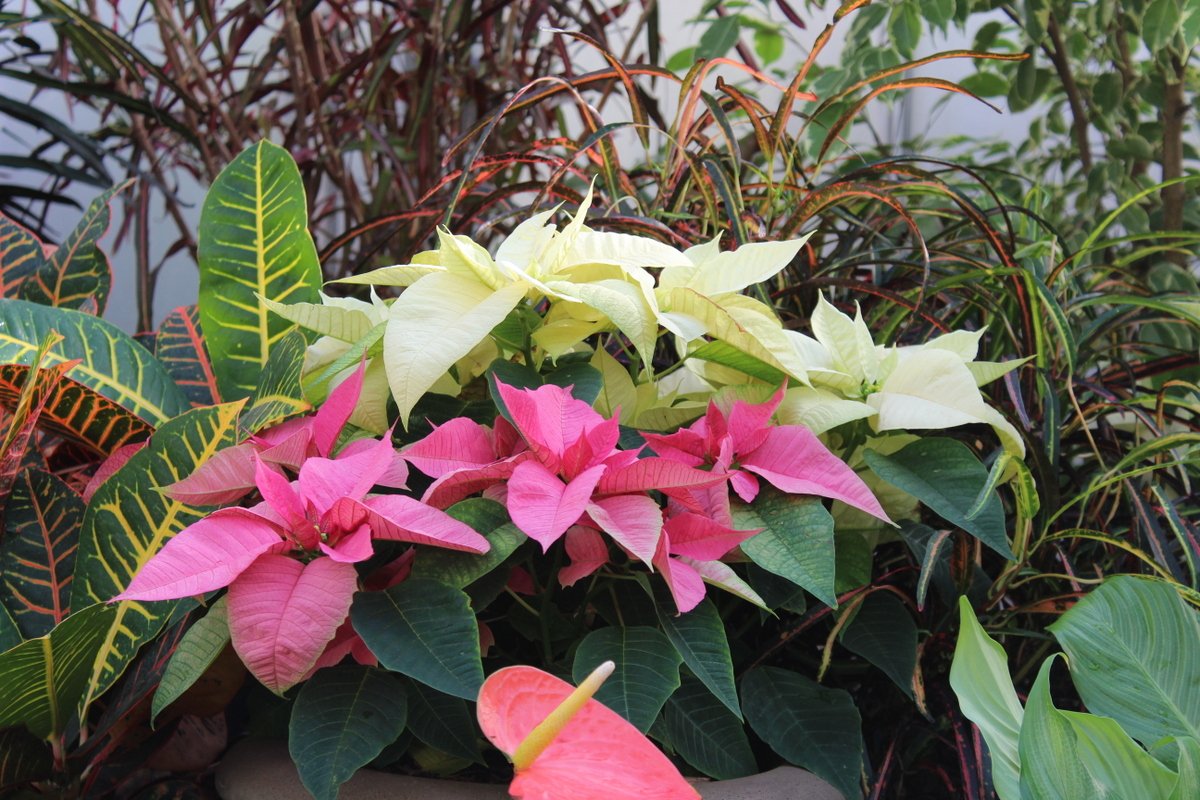 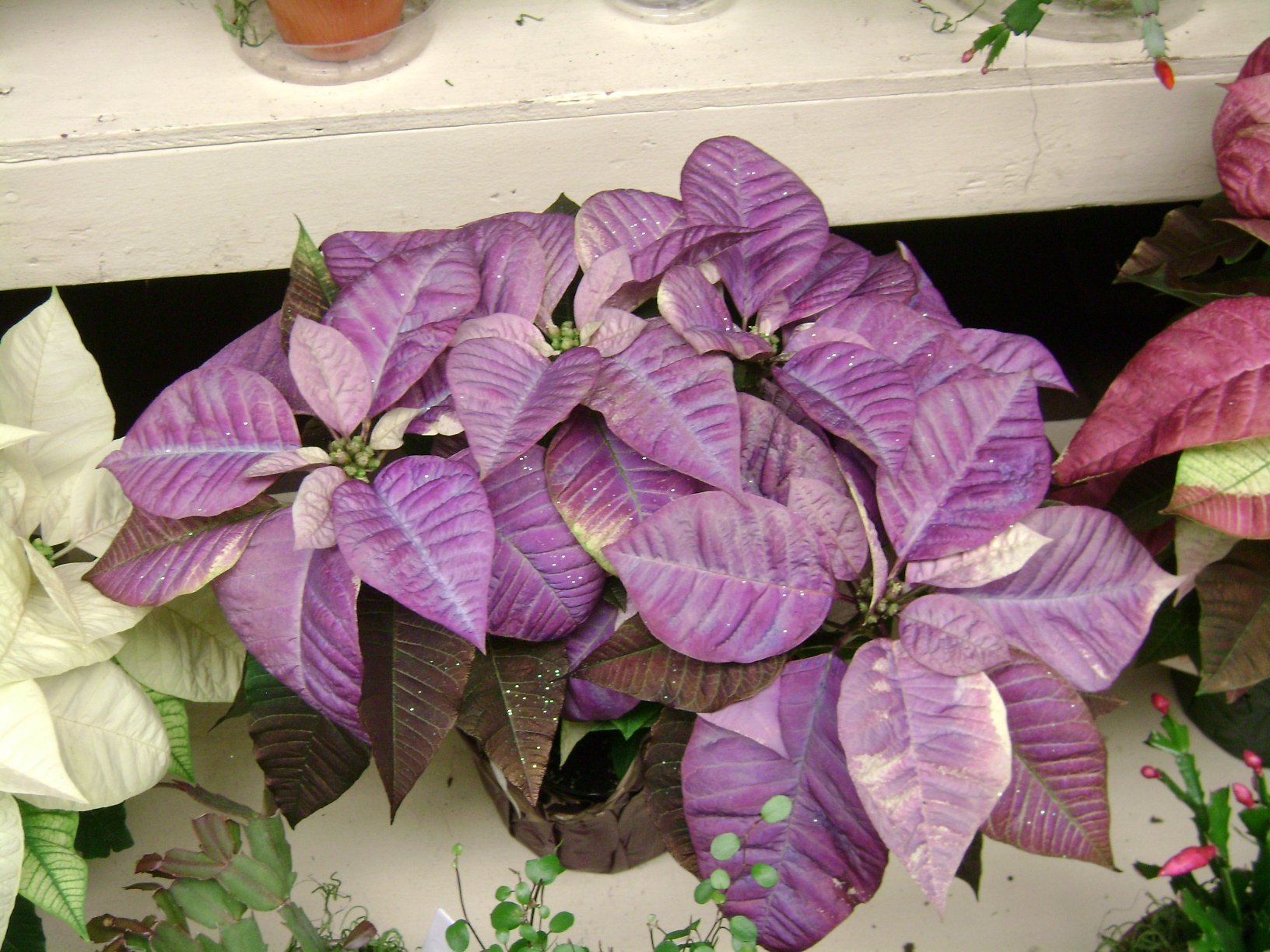 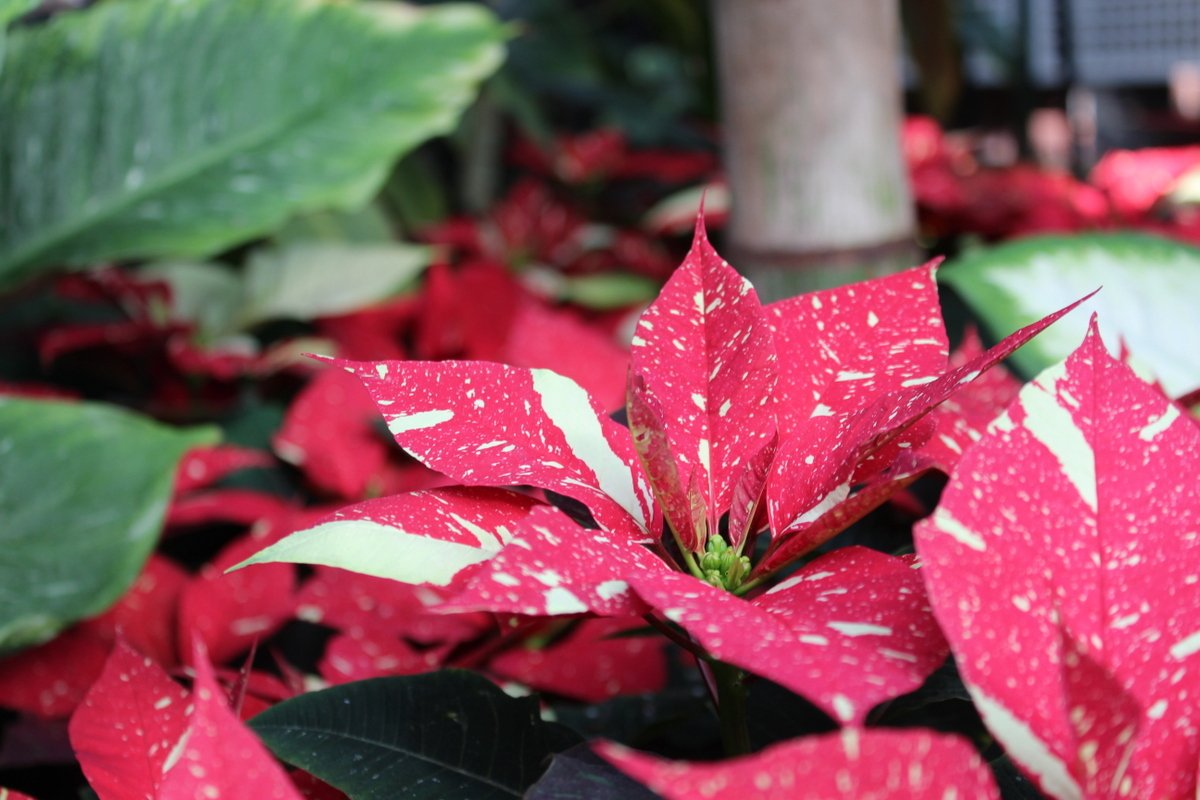 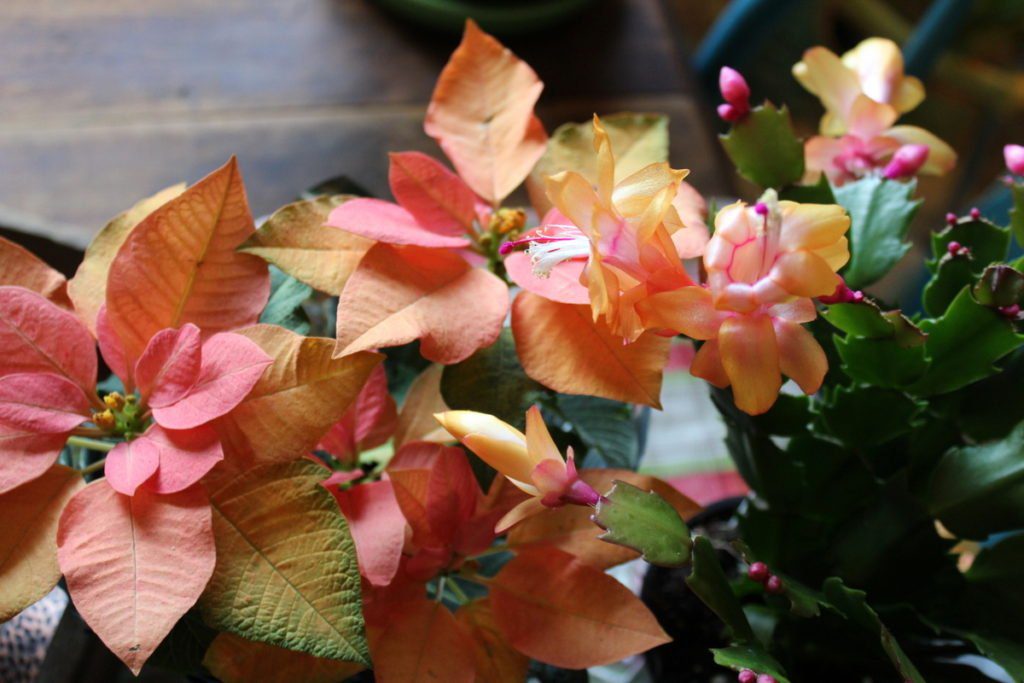 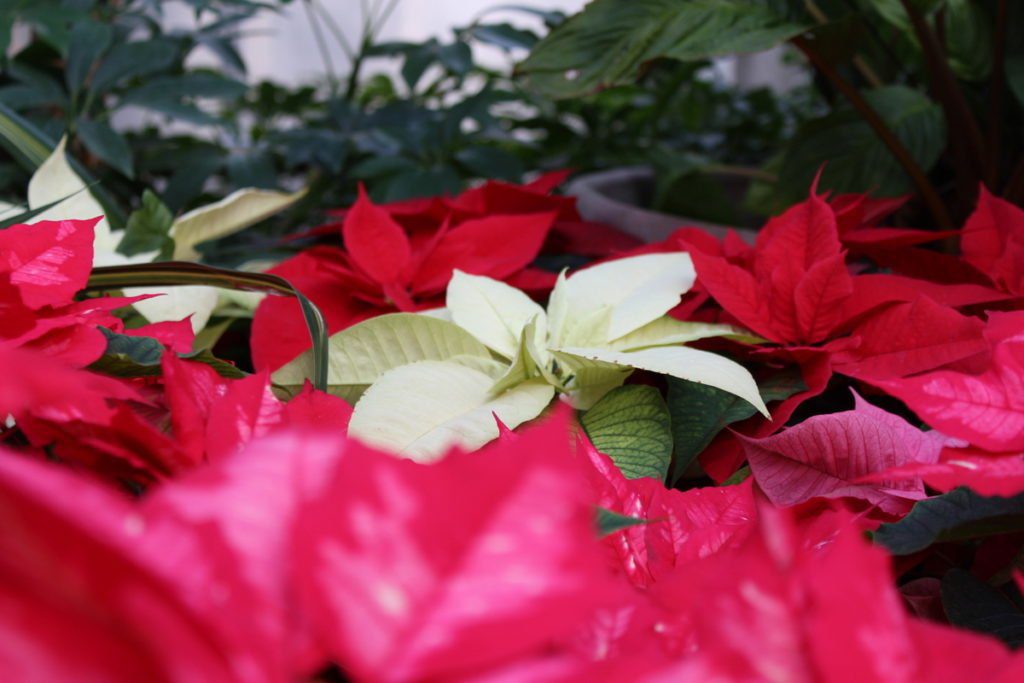 White peeking out of red

This variegated one below is my newest poinsettia and I love it! 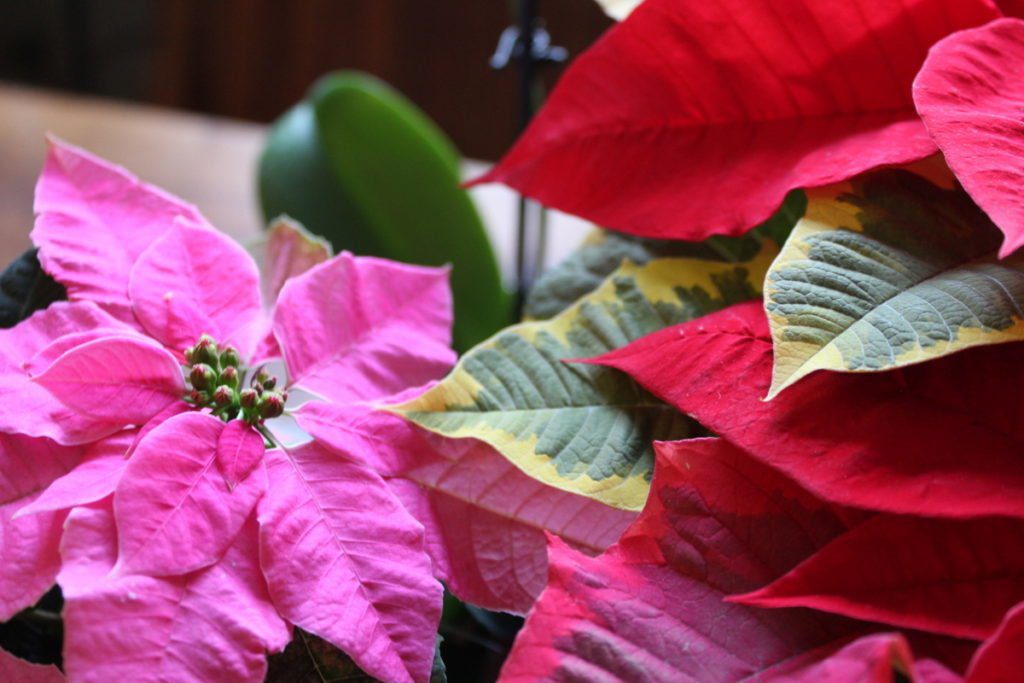 So tell me. Do you love poinsettias and what color do you choose for your home? I have one each of a few colors.