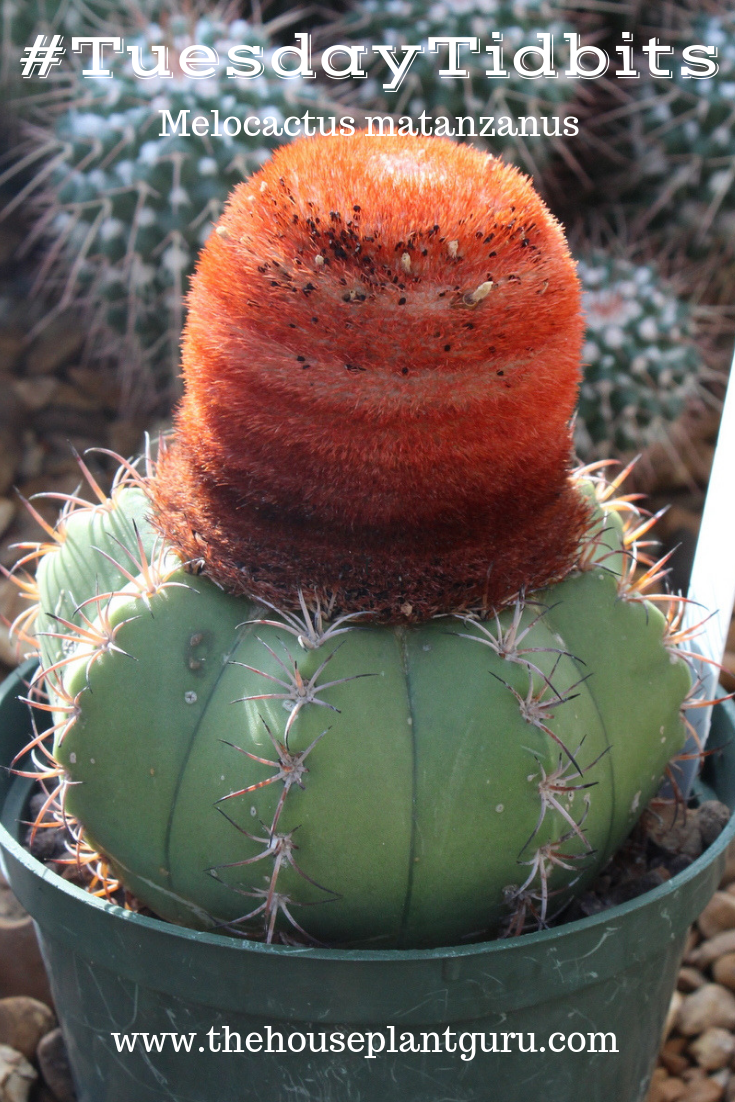 I’ve decided to write a new post every Tuesday (I’m going to try anyway) called #TuesdayTidbits. These will be interesting facts involving houseplants. They will be nothing important or maybe even interesting to you, but they are to me, so there you go.

The first tidbit I just learned about Sunday at the meeting of the Michigan Cactus and Succulent Society. A member brought in a few tray of cactus that he needed to have identified. Usually there is someone at the meeting that will know the identification of any cactus or succulent and if they don’t know, they will attempt to find out. 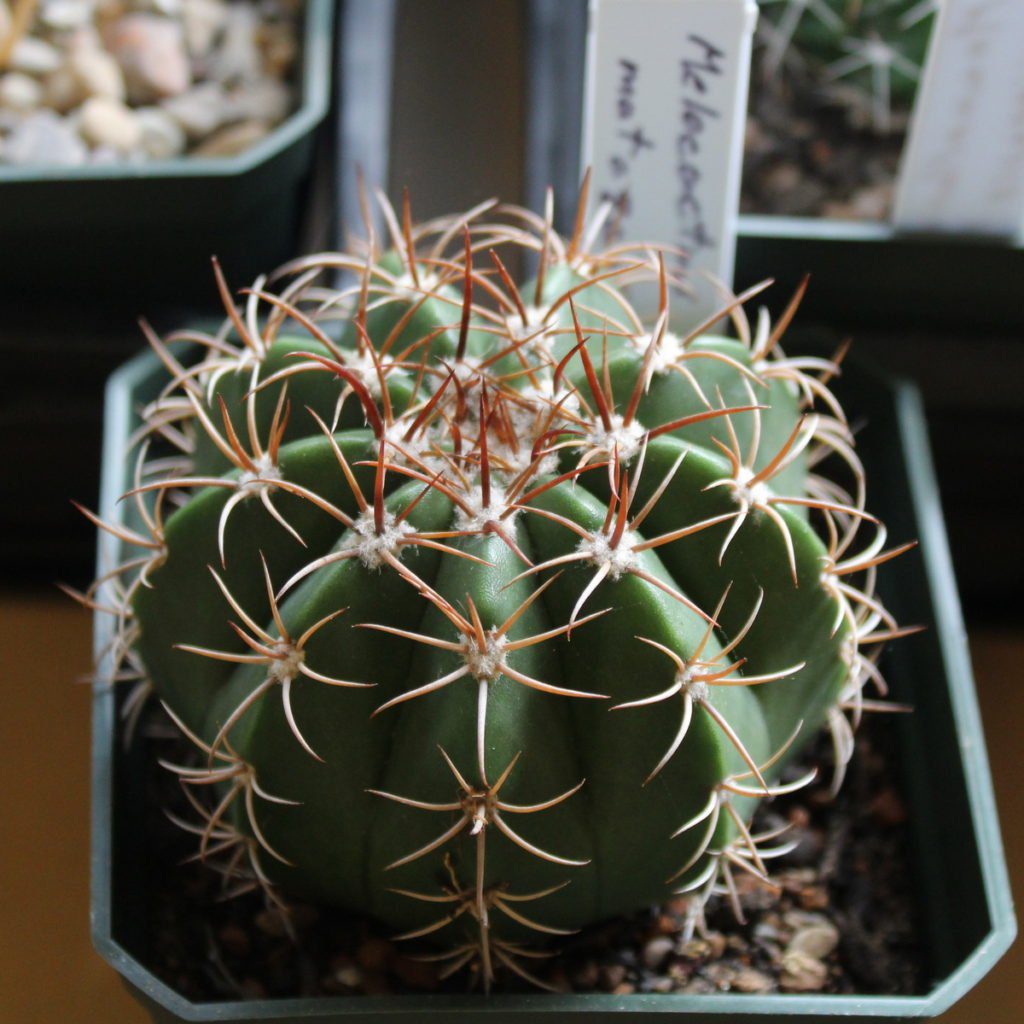 One of the cactus they brought in was a melocactus or turk’s cap cactus. It looks like a simple cactus to me and probably to you. It’s very nice and I would buy it even not knowing it would eventually look completely different and so unique.  When melocactus matures it grows something called a cephalium (a wooly and bristly growth out of the top of a cactus from which flowers and fruit appear). This new growth only happens after many years and the green part of the plant stops growing, leaving the cephalium to take over. The one shown in these pictures is Melocactus matanzanus and is named after the region where it grows naturally in the Cuban provence of Mantanzas. 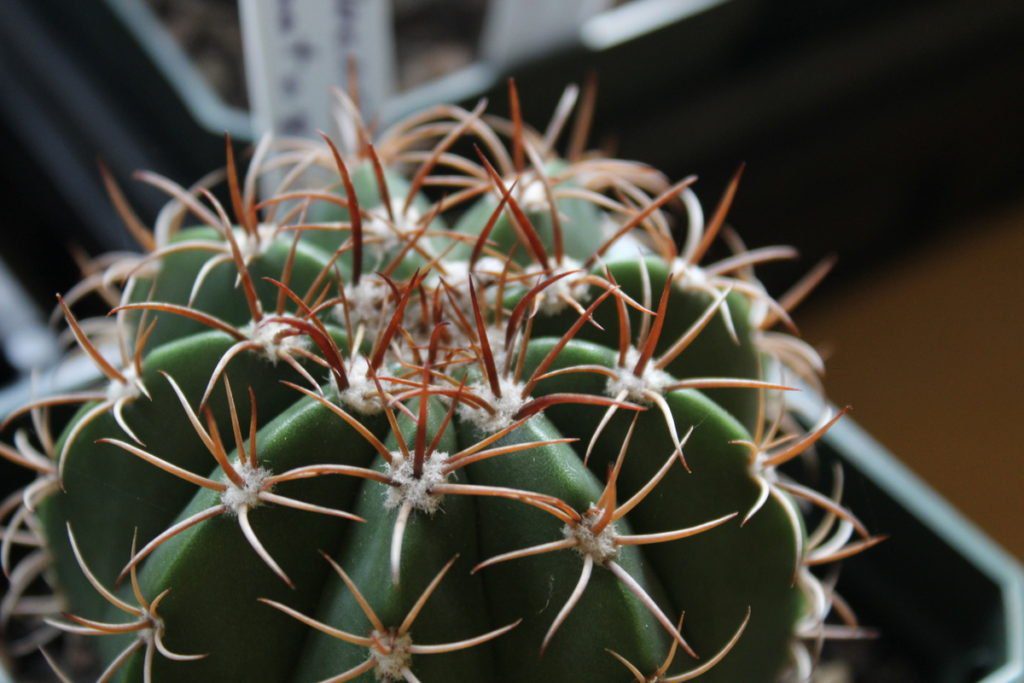 The melocactus would probably take about 8 years or so to get to the point of growing the cephalium and flowering if grown from seed, so I was told. The flowers are small, encircle the cephalium, and are a carmine color. 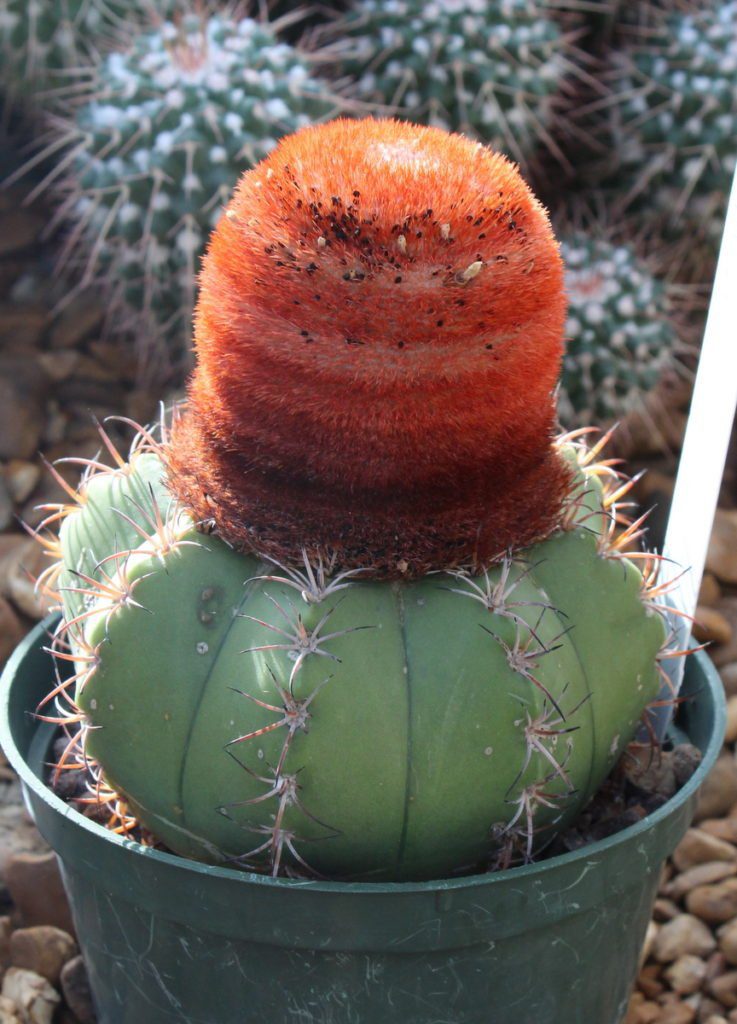 Melocactus matanzanus with a cephalium

This mature and actually elderly melocactus is growing in the desert house at Matthaei Botanical Garden in Ann Arbor. 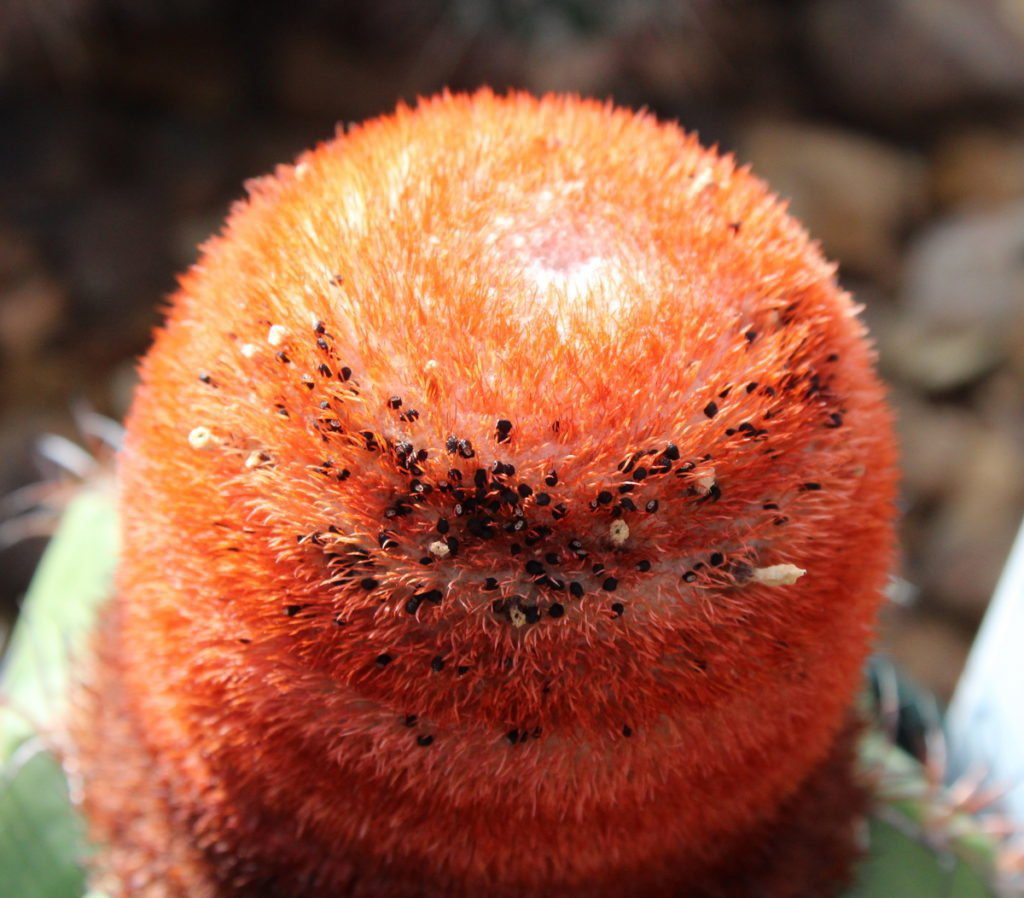 Cephalium with seeds from the flowers

The flowers produce seeds which you can see caught in the red bristles of the cephalium above which take about 6 months to ripen after flowering.

I was told this isn’t the easiest cactus to grow and I believe it. They do not like to be cold at all and the drainage needs to be exceptional. I have killed one, not that I am any expert. Many people have kept them alive and thriving, though, so I may give it another try.

You learn something new every day. Who knew a plant could completely change its appearance in the middle of the game? So cool.