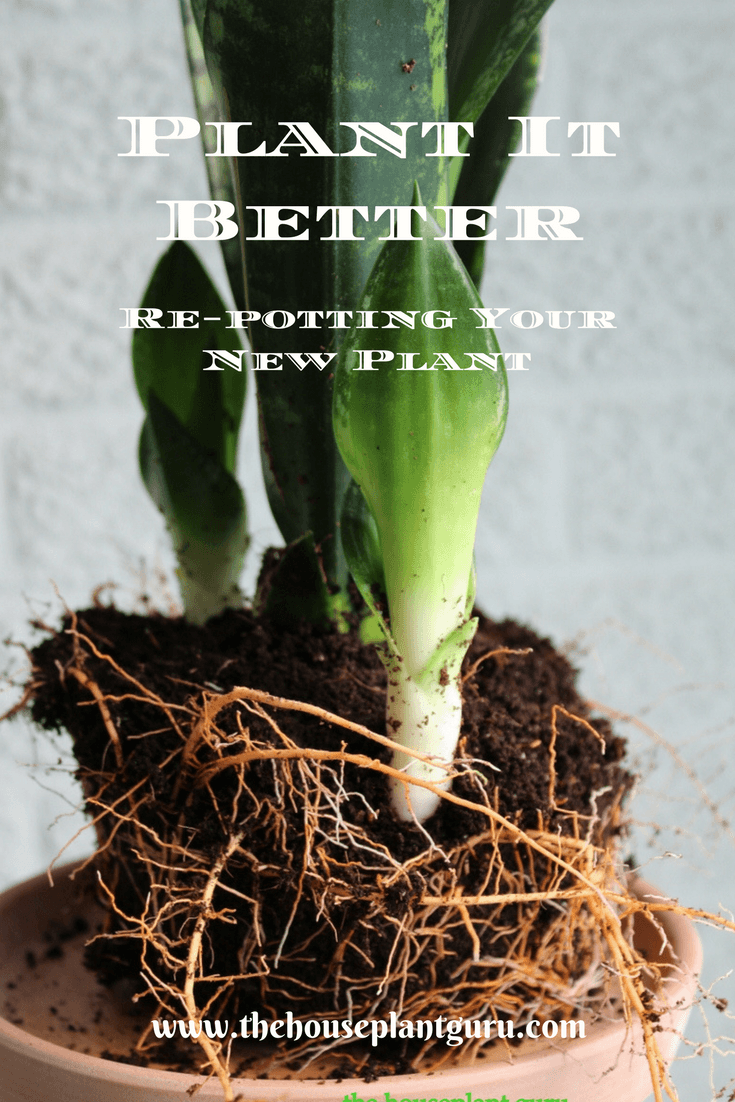 I was going to call this post, “Planting it Right”, but I try not to think my way is always the only way, as it isn’t. So, I will say, let’s “Plant it Better”.

I went to Ikea the other day and I have to say I was extremely disappointed. The plants were really pitiful. Now, in their defense, the other multiple times I’ve been there, they’ve always been healthy and looking good. I don’t know why they looked so bad. 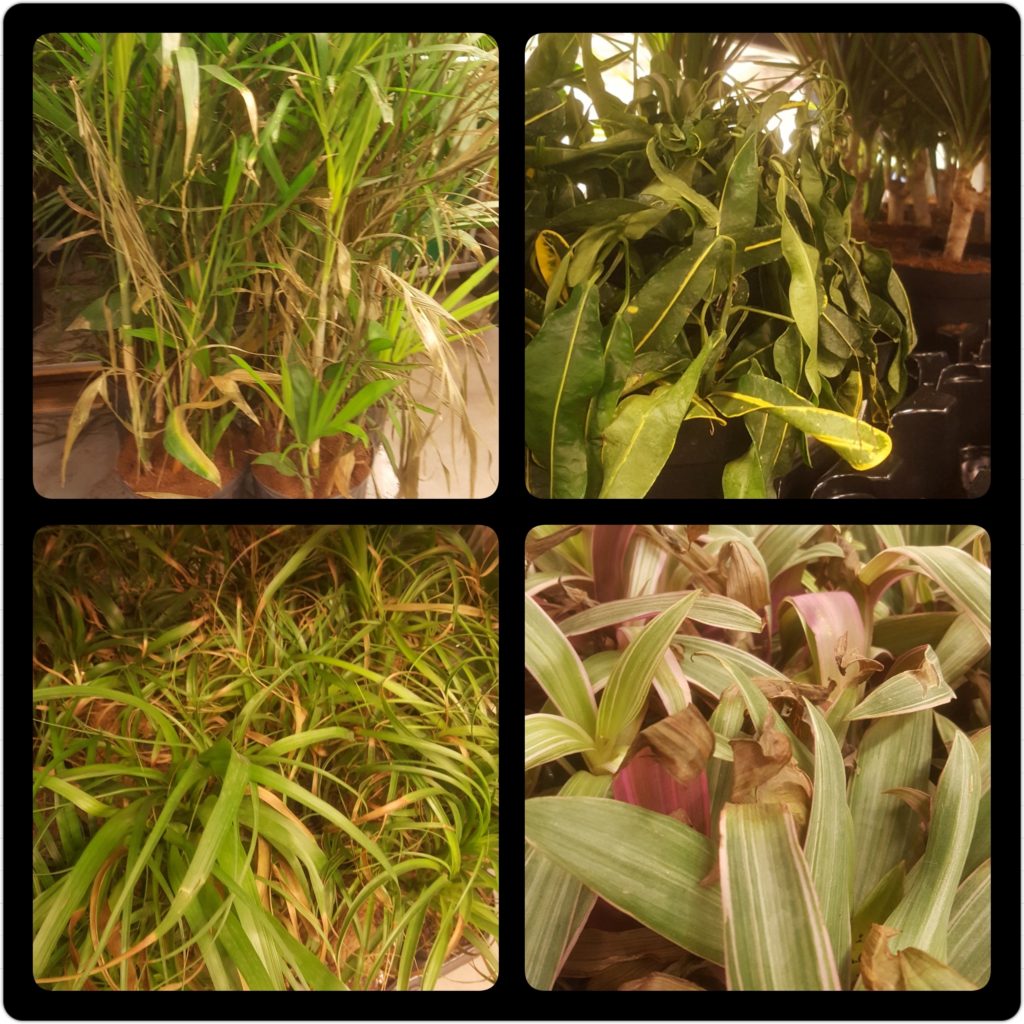 Yet, I still found a plant to buy…..don’t tell my hubby…. Of course, I also saw this future blog post, so it was warranted. He wouldn’t see it that way.

If you follow me, you know I love sansevierias (now dracaena), and this one spoke to me. 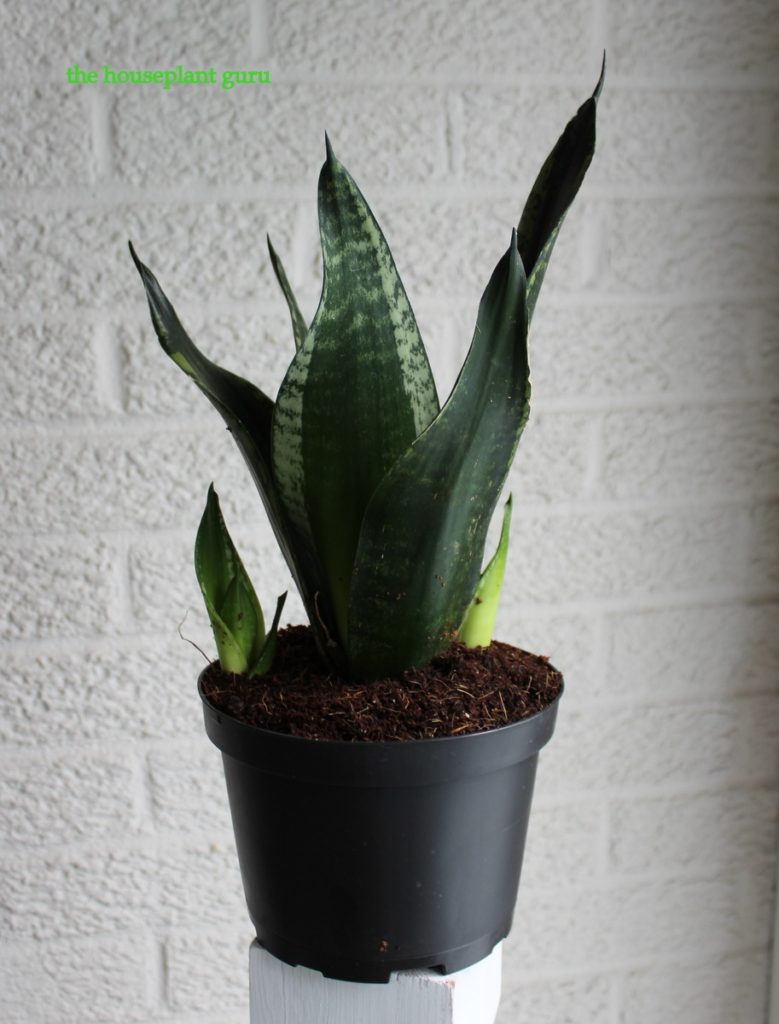 Snake plant newly purchased, but it has too much potting medium

Too Much Potting Medium

The plant above is the one I bought, but the problem is the plant is planted entirely too deep. Or I should say, too much potting medium was added to the top of the plant. 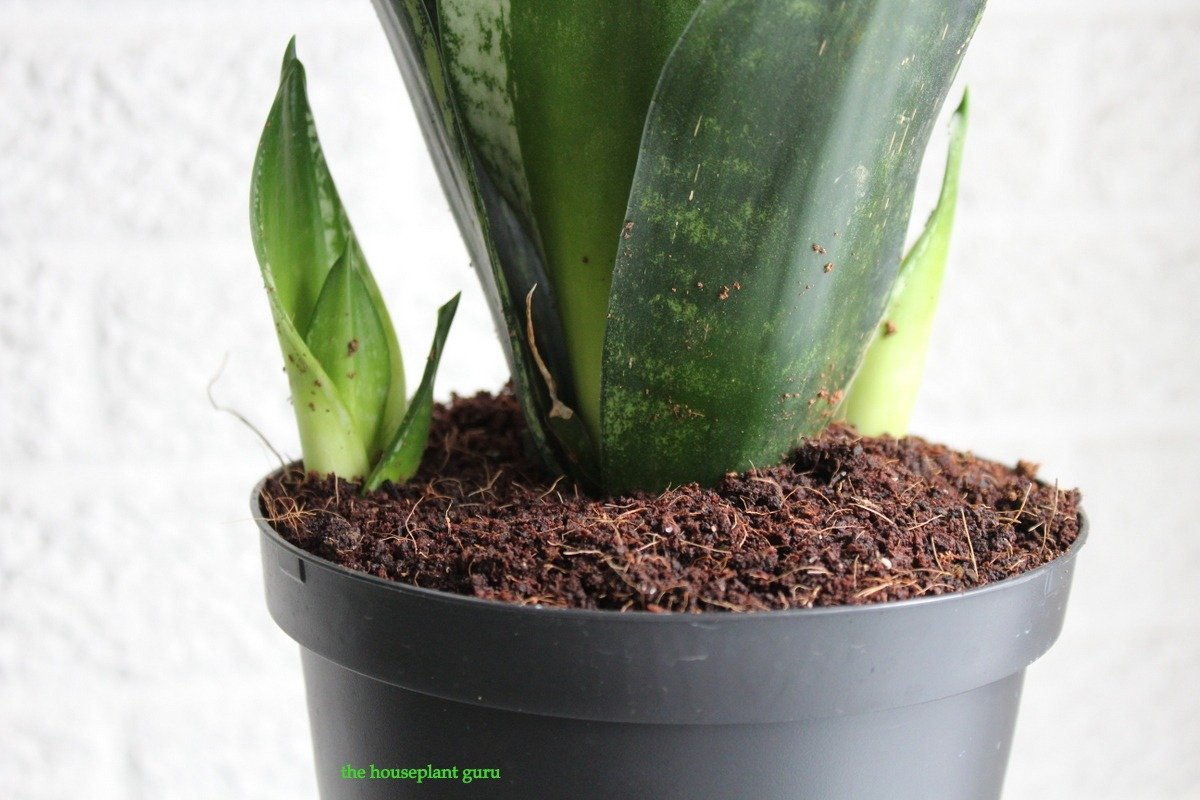 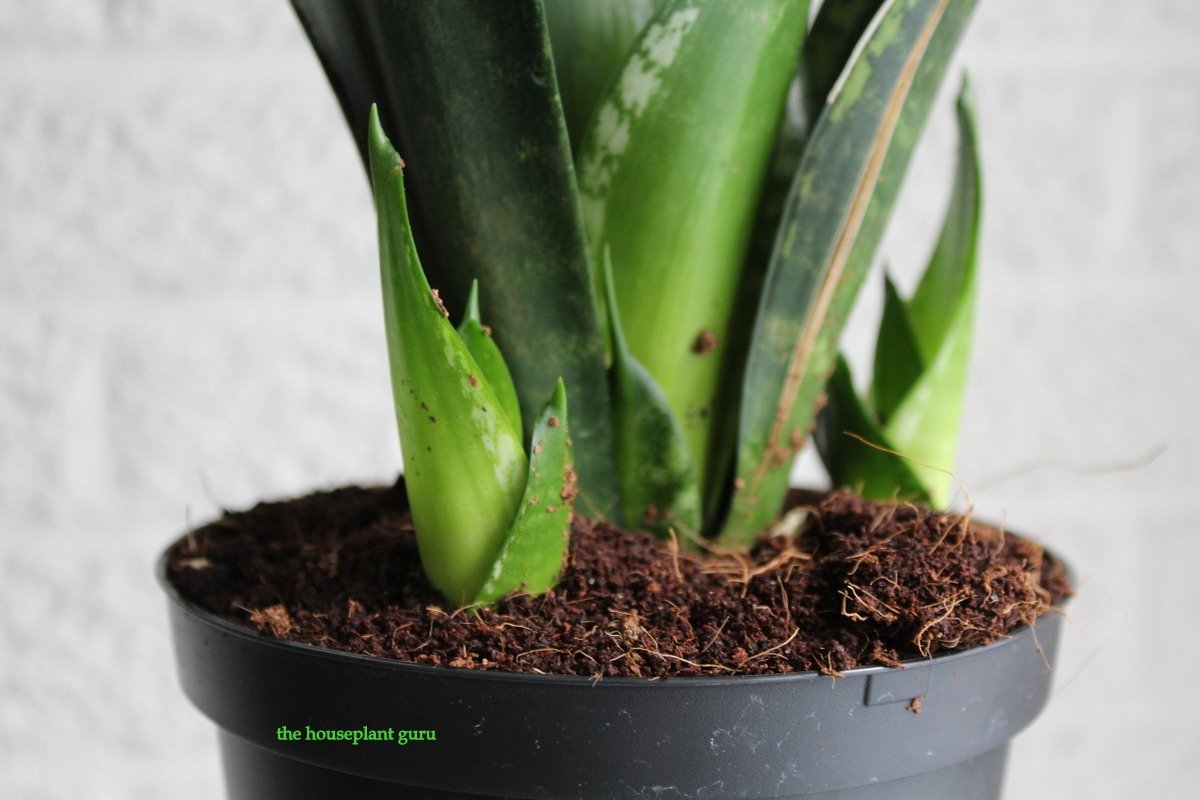 As you can see in the pictures above (or maybe it isn’t as obvious to you as it is to me), the potting medium is too high on the plant stems. The medium should begin on this plant where the leaves begin to flare out at the bottom; essentially where the roots begin to grow from the bottom of the plant. The medium was way above that line. If it were left this way, the risk is the leaves will rot and the plant will collapse.

So, I removed the extra medium and in the pictures below, you can see the stems after I have removed approximately 1″ of the medium. The middle parent plant is what I take my cue from, to determine where the potting medium should be. I can tell that the leaves are buried with medium and shouldn’t be. After removing the extra potting medium, you can tell where the level of the medium was, as the stems are bleached from not having any light reaching the plant stems. 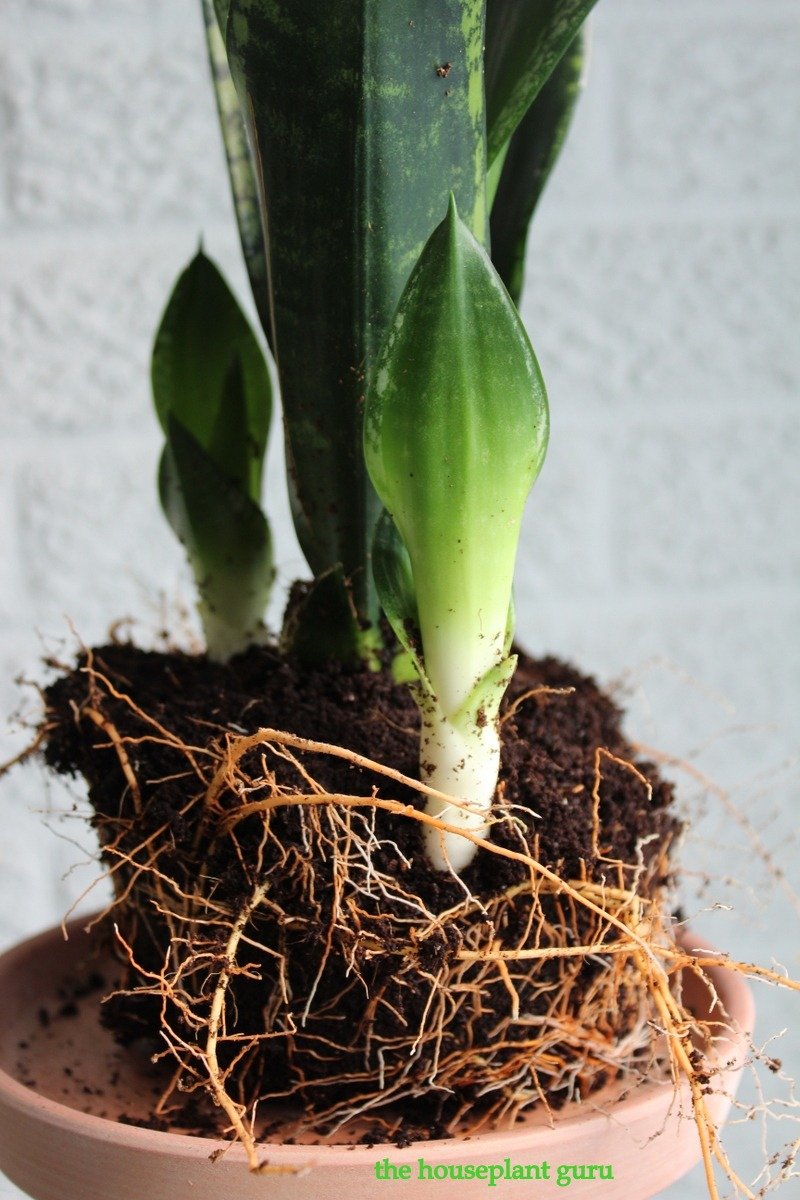 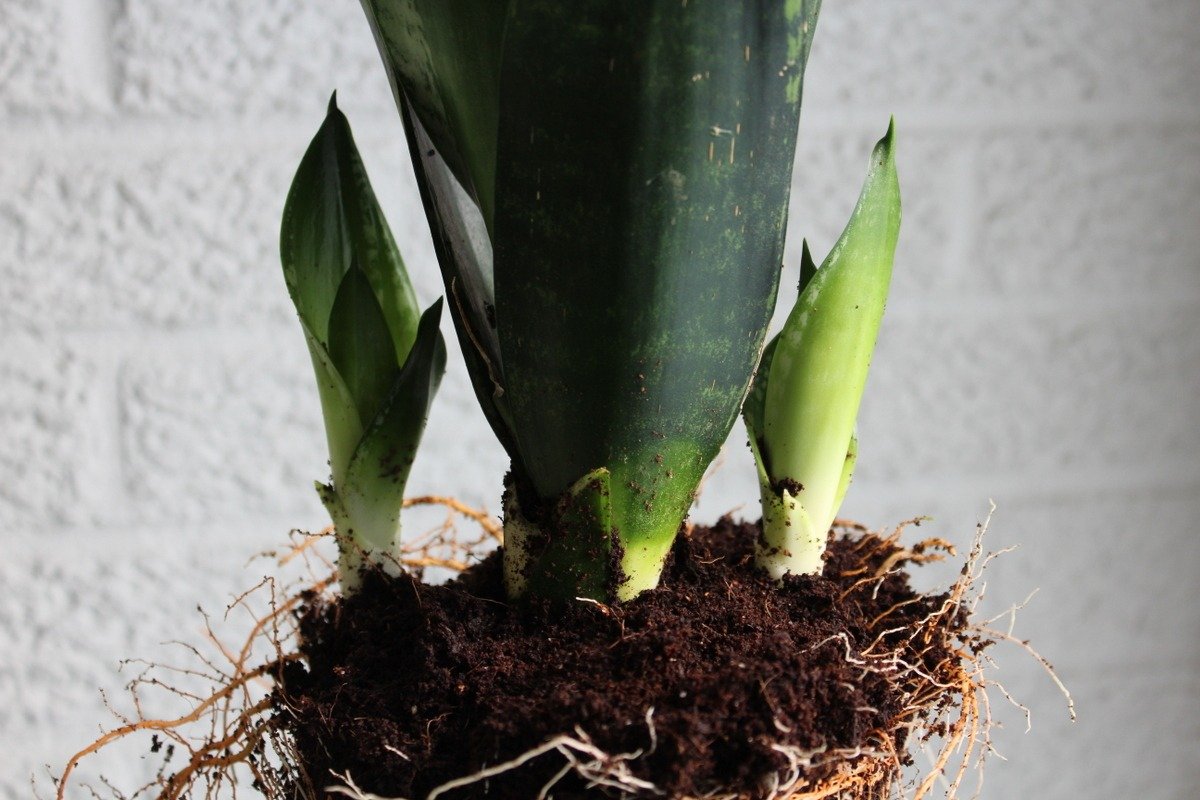 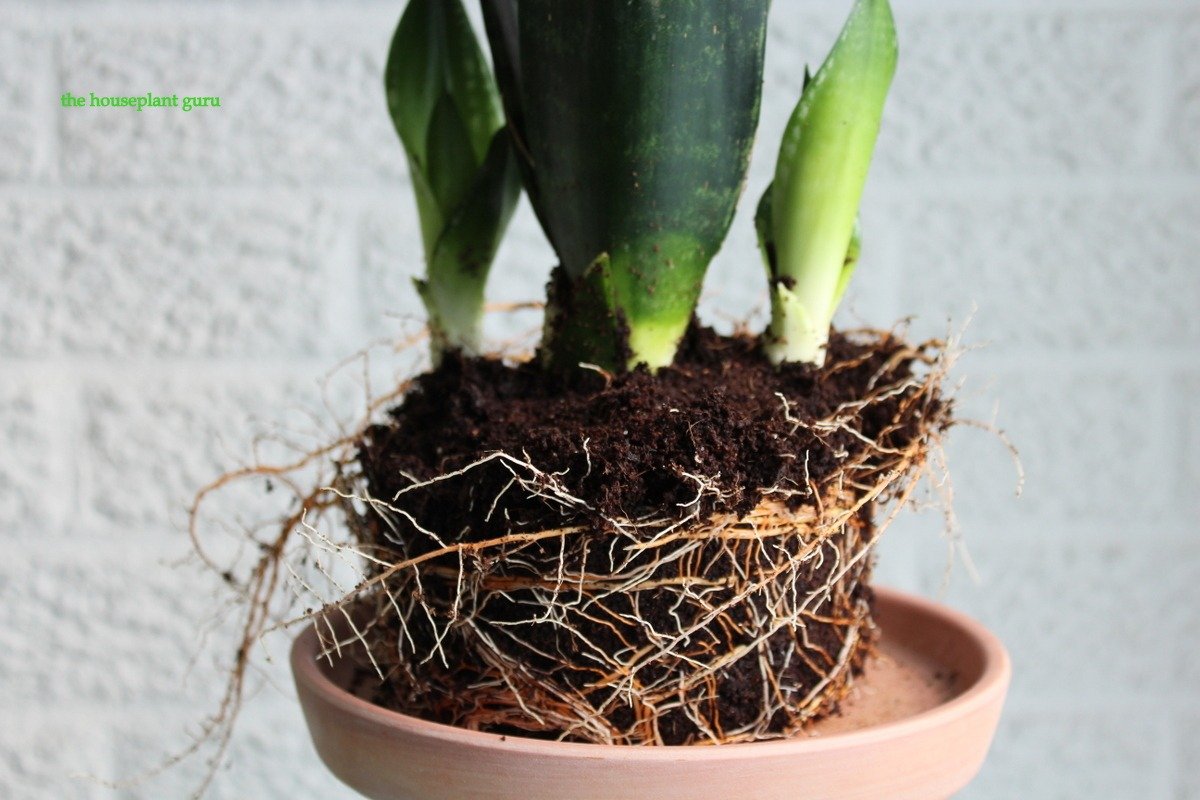 When choosing a new container for the plant, I found one that is approximately the same size as the pot it came out of. Though it has babies and is expanding, it is September and I wouldn’t up-pot anything too much unless it was completely root bound and busting out of its pot. At this time of year, the days are getting shorter and the plants aren’t actively growing because the light levels are lower. So I found a low silhouette container, known as an azalea pot or bulb bowl. Succulents don’t need deep pots; shallow and wide is the way to go. The babies have room to grow and if it is busting out of the pot in the spring when the plant is actively growing, I will up pot it then.

The bleached stems will turn green with time as the light falls on them. I feel this plant will be much happier in the long run. I also used my own medium mix to re-pot it. The medium they used seemed as if it would stay a bit too wet for this plant. 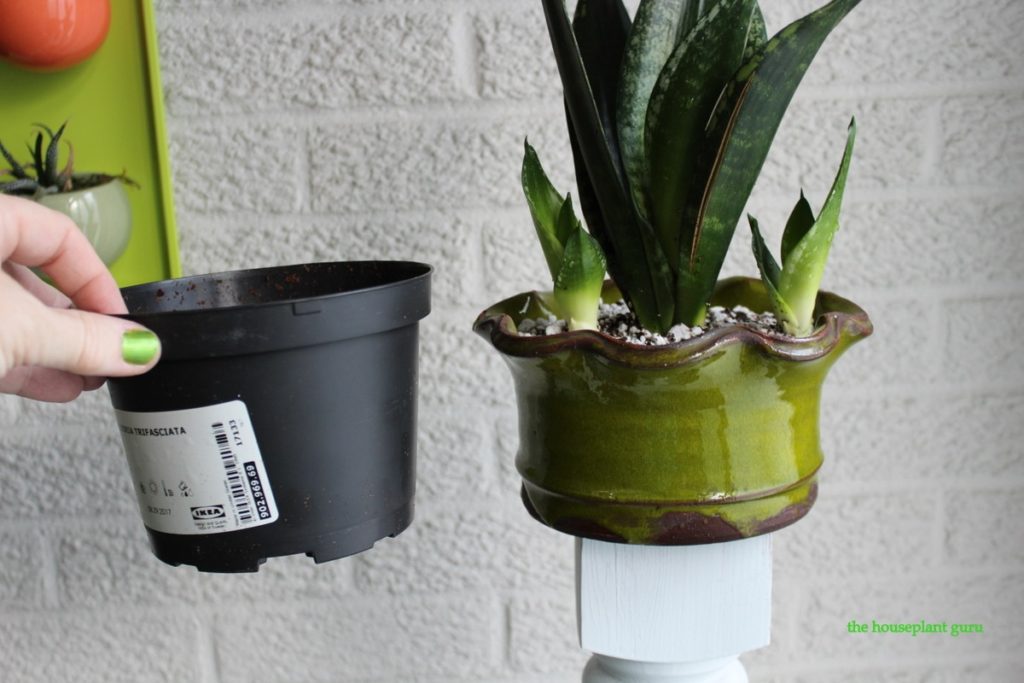 Now it has some room to grow, but not too much at this time of year. Too much potting medium around the roots can cause root rot and plant collapse. It should grow well and continue to expand. 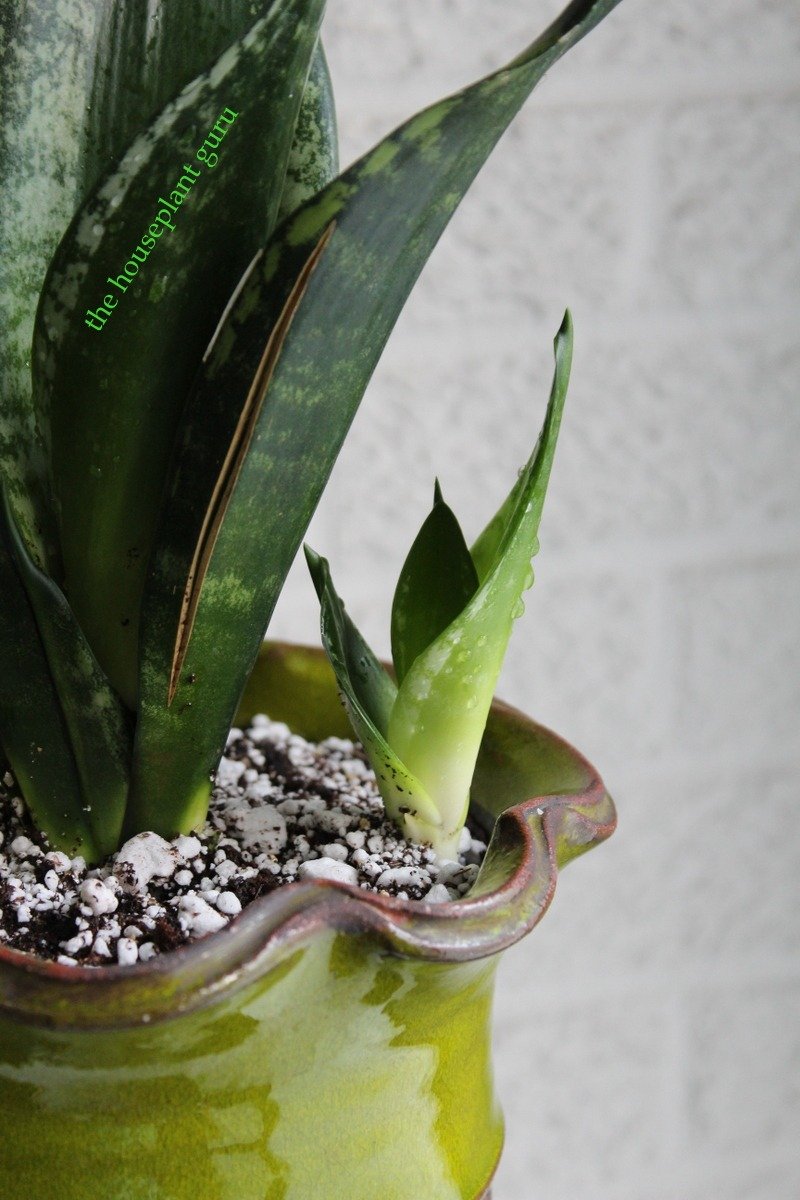 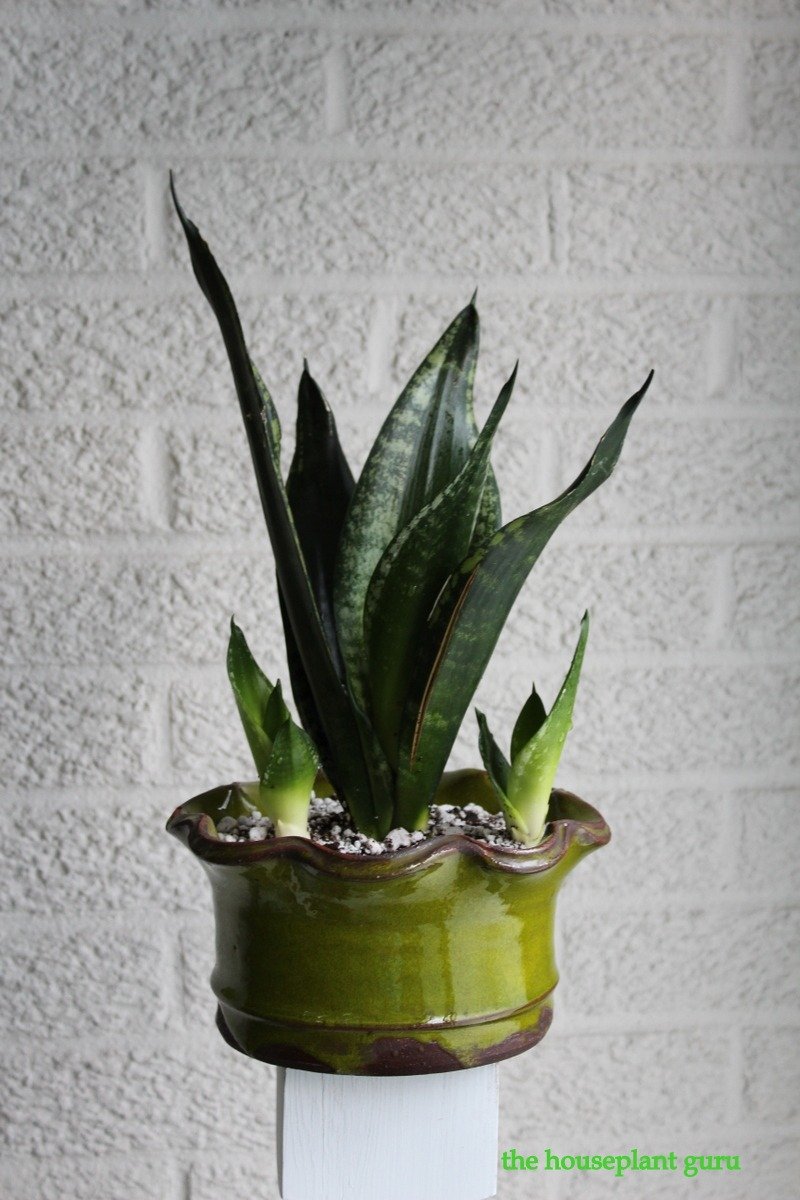 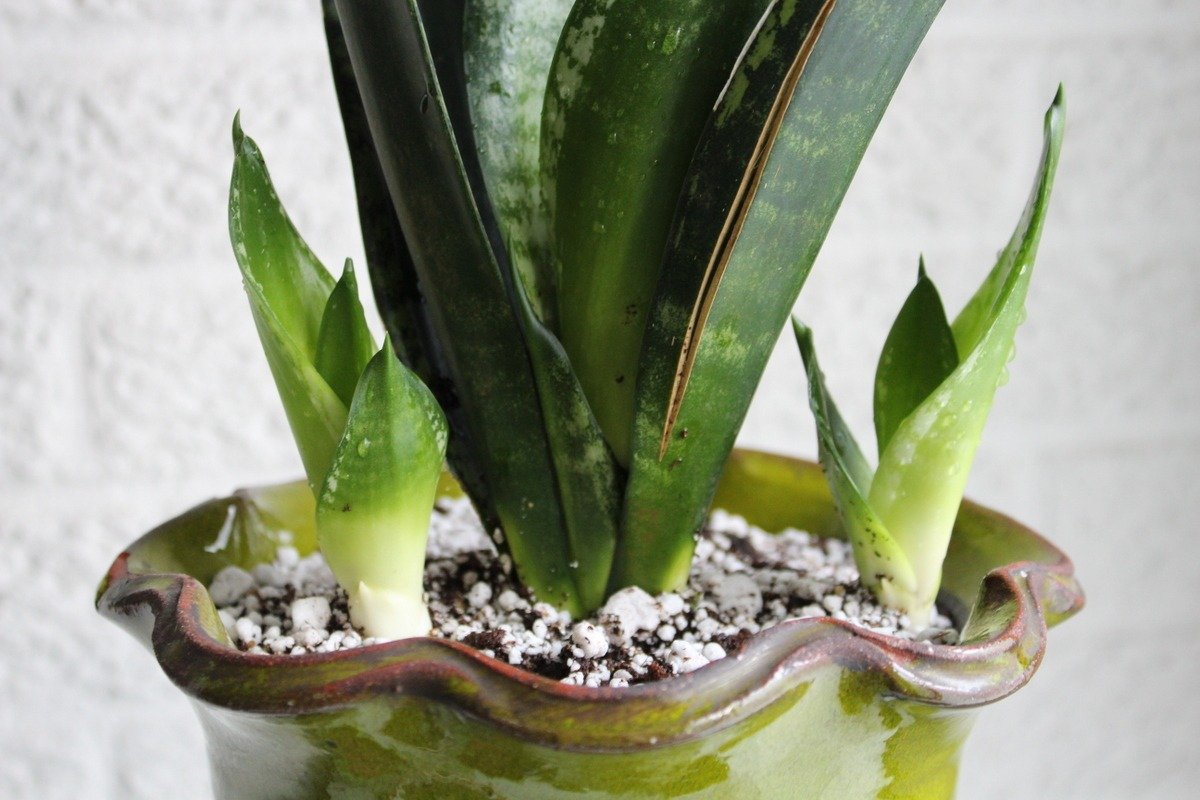 How many of you have found plants like this that you felt were planted too deep? If you didn’t re-pot the plant, did it die? Please let me know in the comments below.