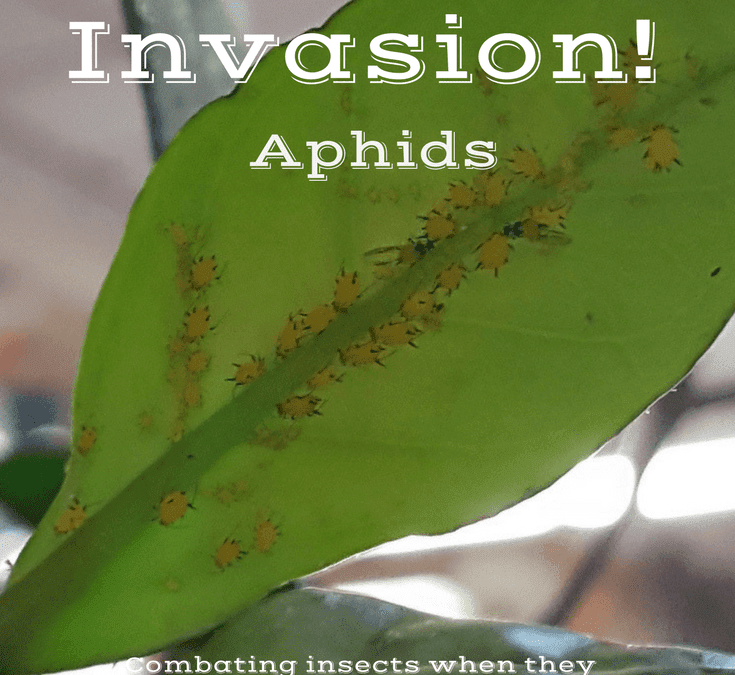 In the last two weeks, I have been in two locations that have plants that are infested with insects, one much worse than the other.

The first place, an antique shop on the west side of the state, has an amazing hoya. I was told about it before I went there and was more excited about seeing the plant than the antiques. I’m crazy that way-and I LOVE antiquing. (Believe me, I found some things after oohing and aahing over the plant.) 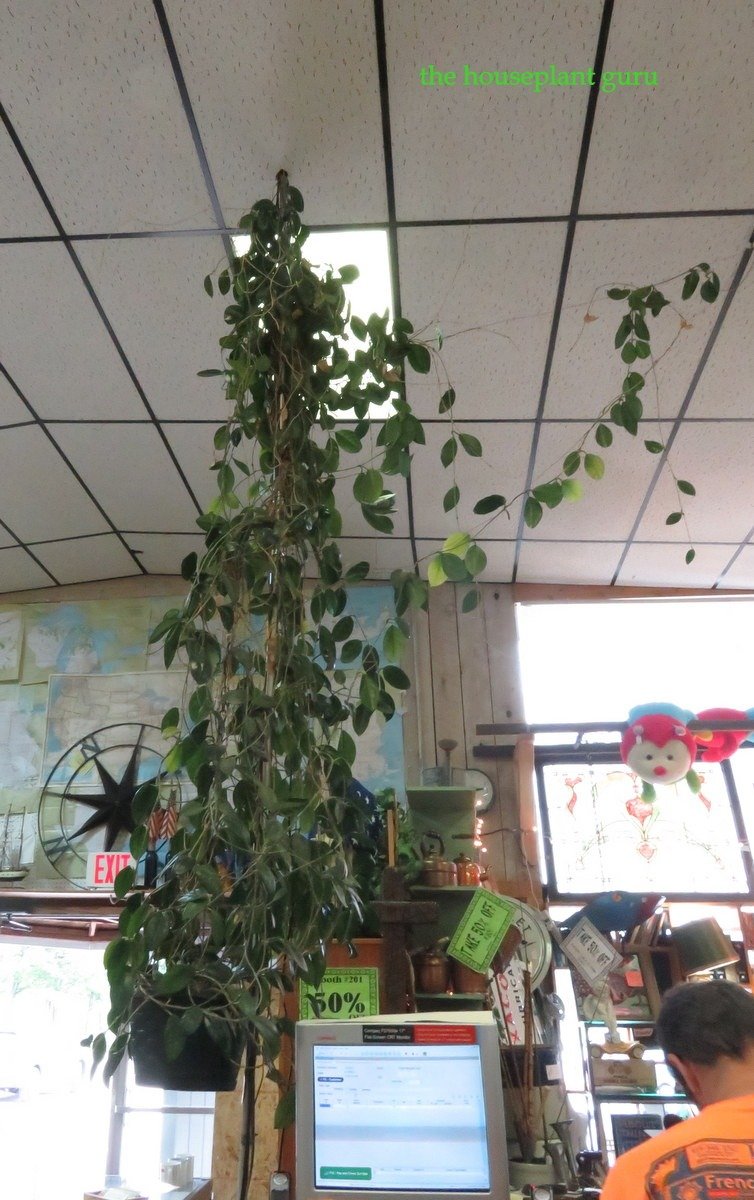 The hoya was hanging next to the register and extended to the ceiling, which was at least 15 feet high. I think the plant is climbing about 8-10 feet. While taking pictures, I noticed that the plant had a shine that wasn’t normal, so I took a closer look and a problem became apparent to me. The shiny substance was honeydew. 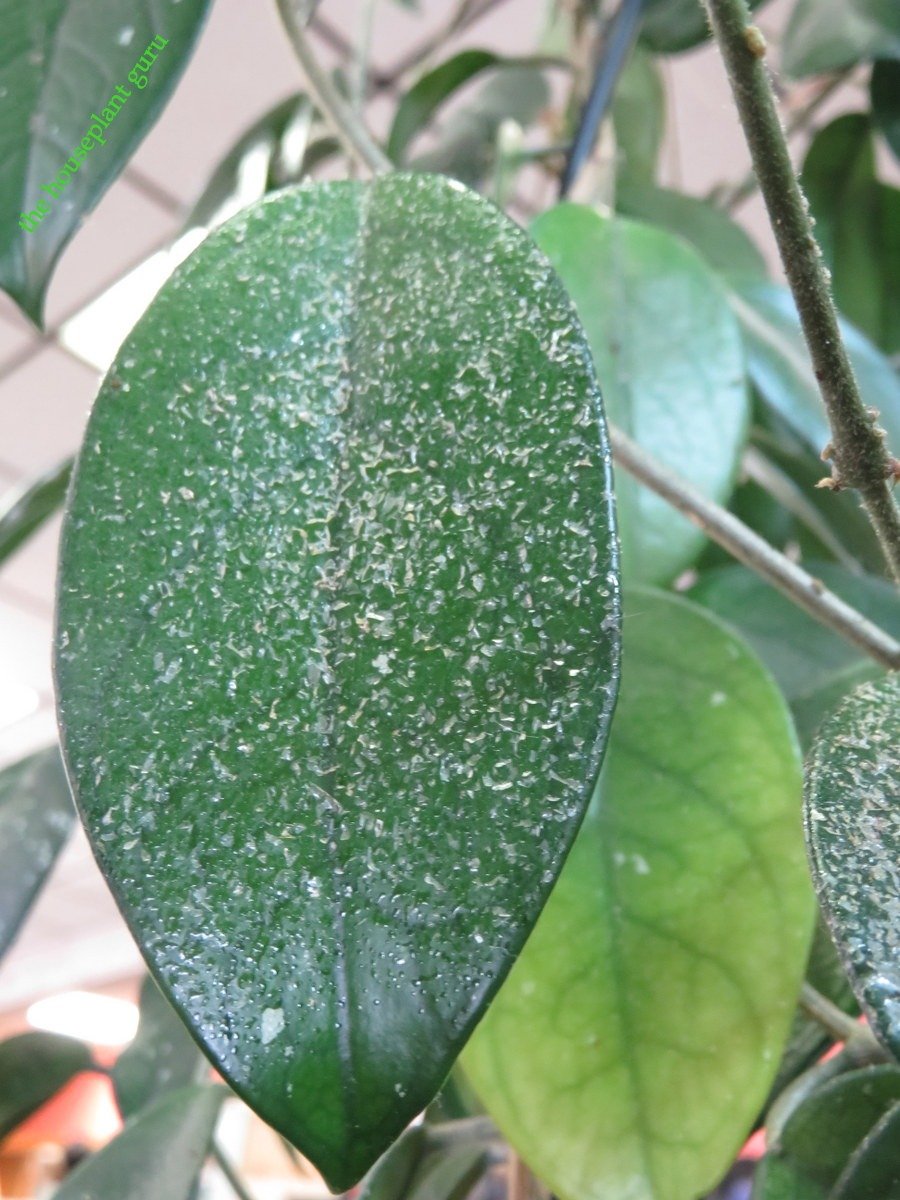 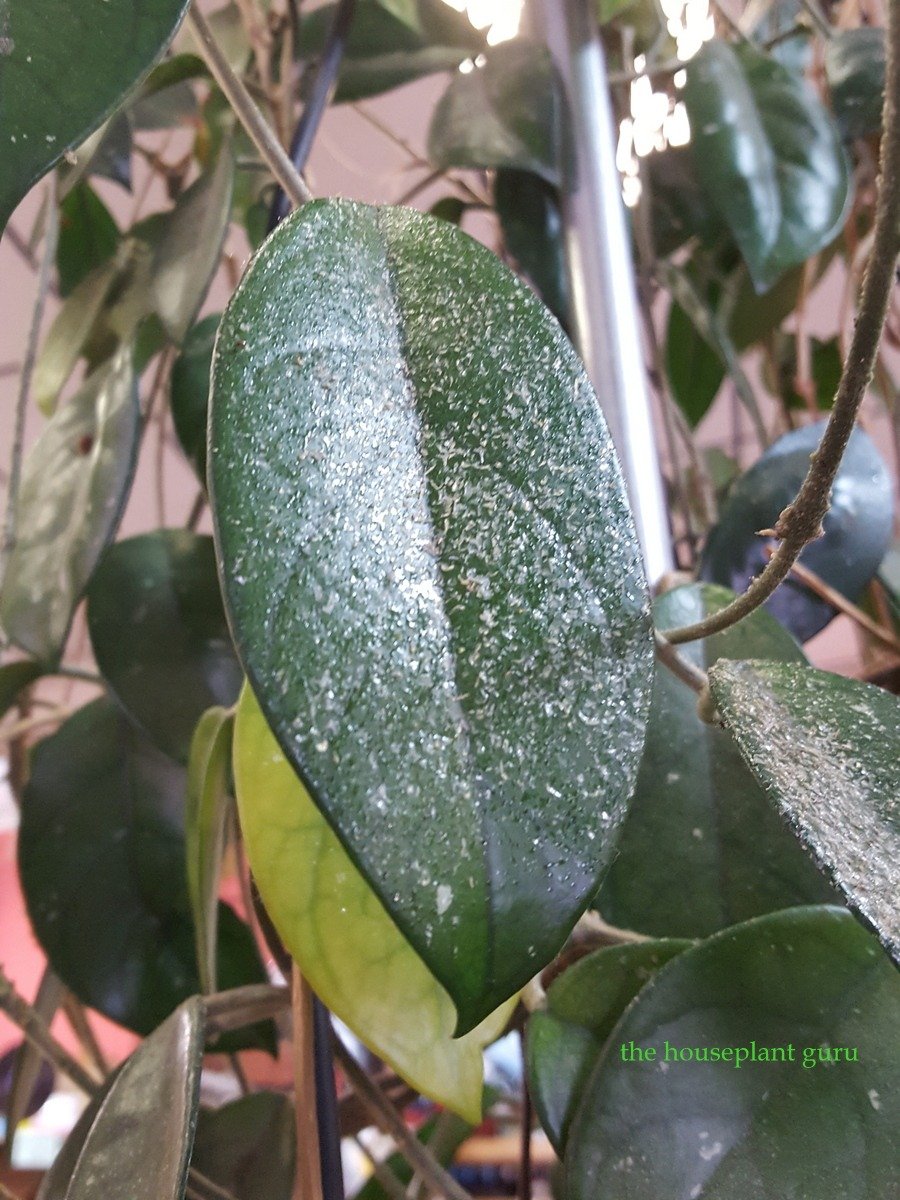 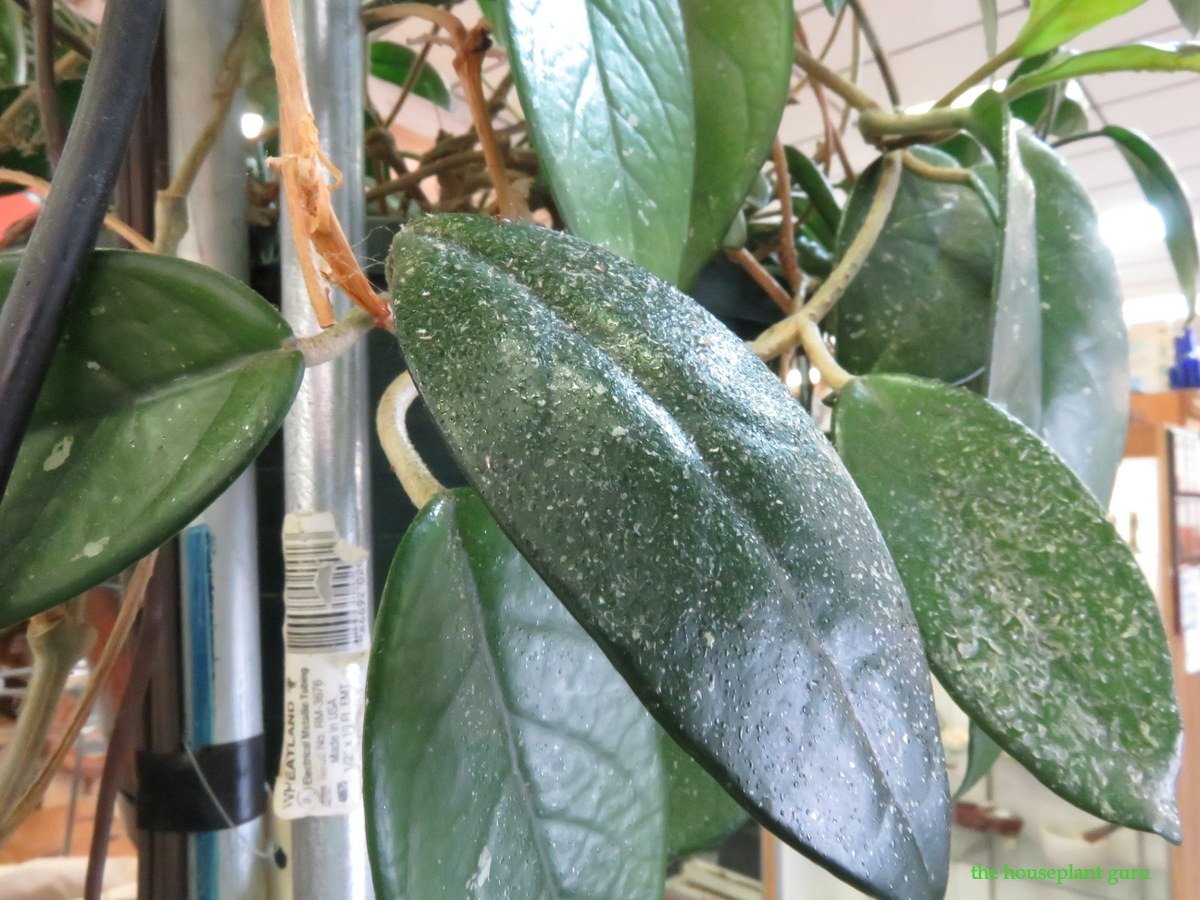 The plant had aphids. The honeydew is the excretion of the insects. Yuck! Aphids are small pear shaped insects that are usually found  on the new growth of plants, quite often under the leaves. They also may be found on the flowers They can be different colors depending on what they eat. These were a yellowish color, but its not uncommon to find black and red ones. They also have two little tubes protruding from their abdomens, called cornicles. How did aphids get in the antique shop where the hoya has been hanging healthy for years? Most likely they flew in the door which is open a lot in the summer. As you can see in the pictures below, some of the aphids have wings. The females give birth to live babies that can then give birth to their own babies in 7-10 days. They are parthogenetic, which means they can produce young without mating. You can see how this could quickly get out of hand. The interesting thing is they don’t produce aphids with wings unless they need to. If the plant can no longer support the amount of insects on it, the females will produce winged aphids so they can fly away and infest other plants. So weird. 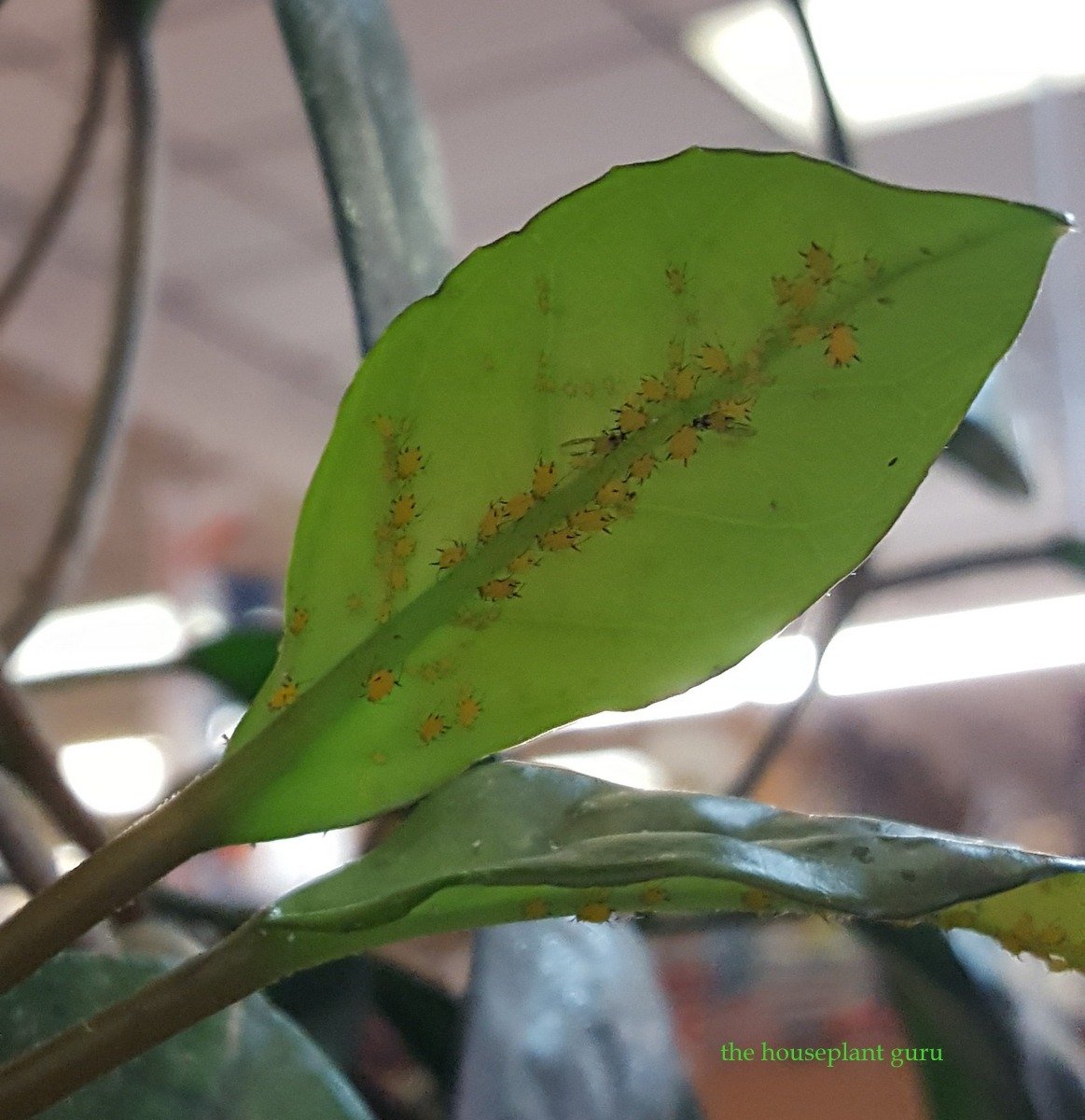 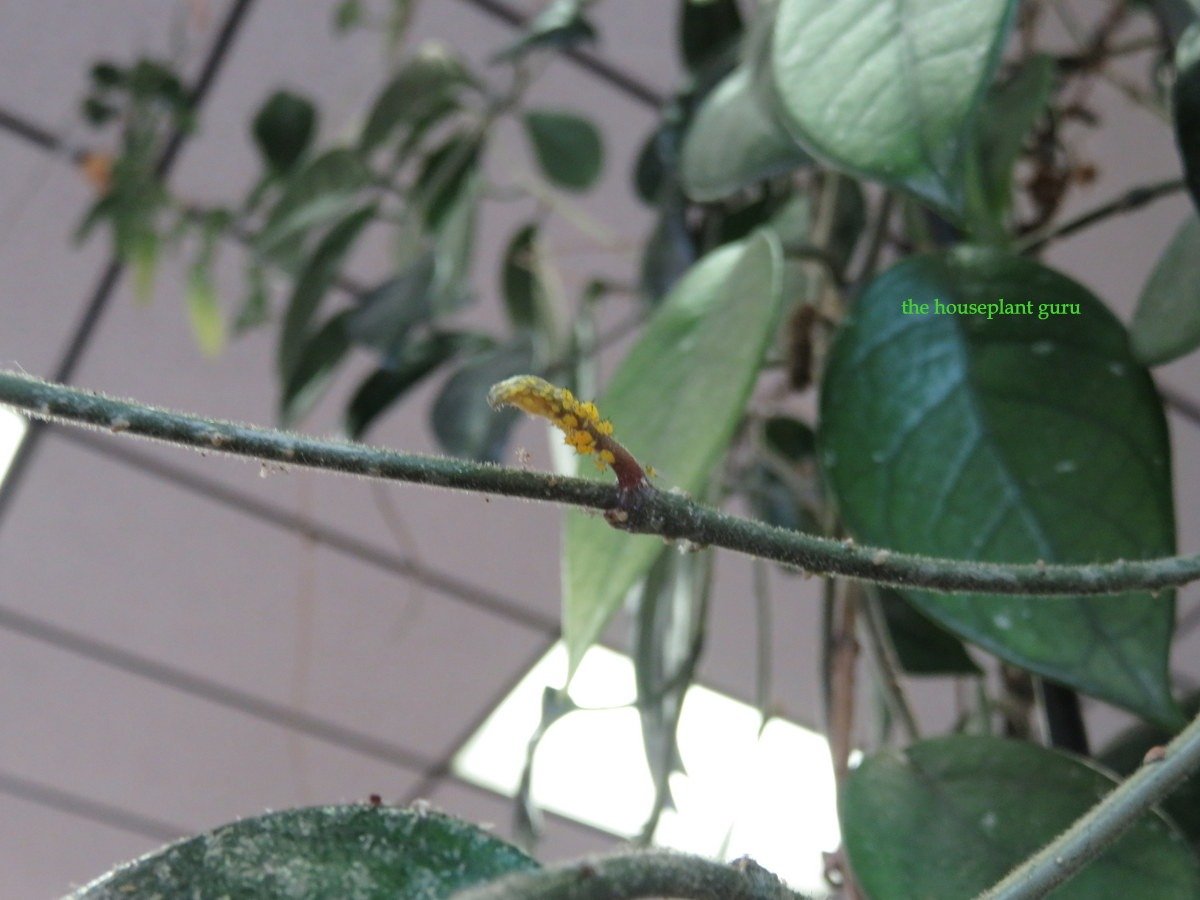 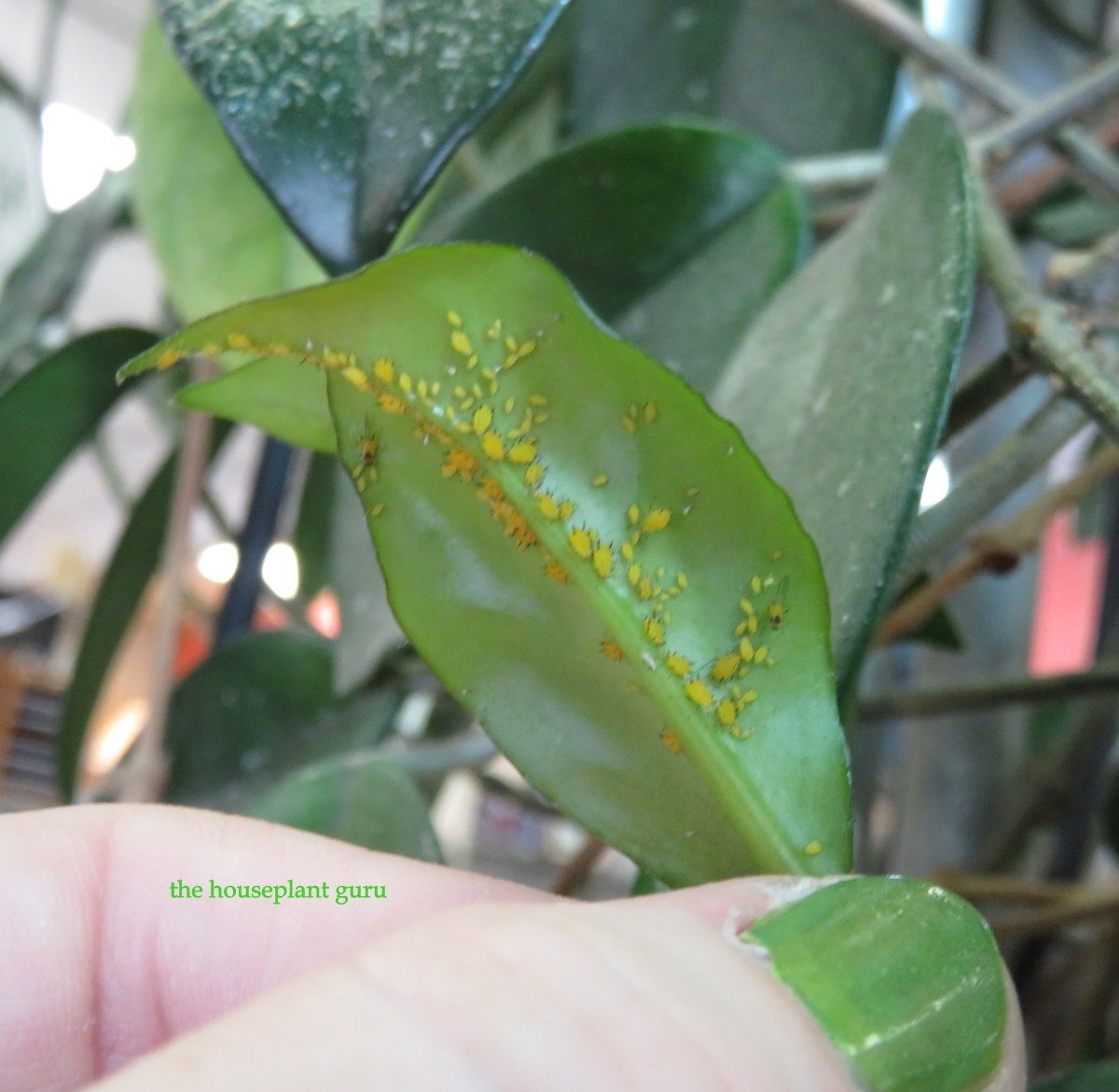 I broke the news to the owner who is extremely fond of the plant. He said he had noticed a difference in the flowers when they fell. He even had the monitor of his computer covered to protect it from falling debris and had a flower to show me. As you can see below, it is covered with the shells left from when the aphids molted. Molted? What is that? Aphids usually go through four molts before becoming an adult. Those skins, like when a snake sheds it skin, are left behind. 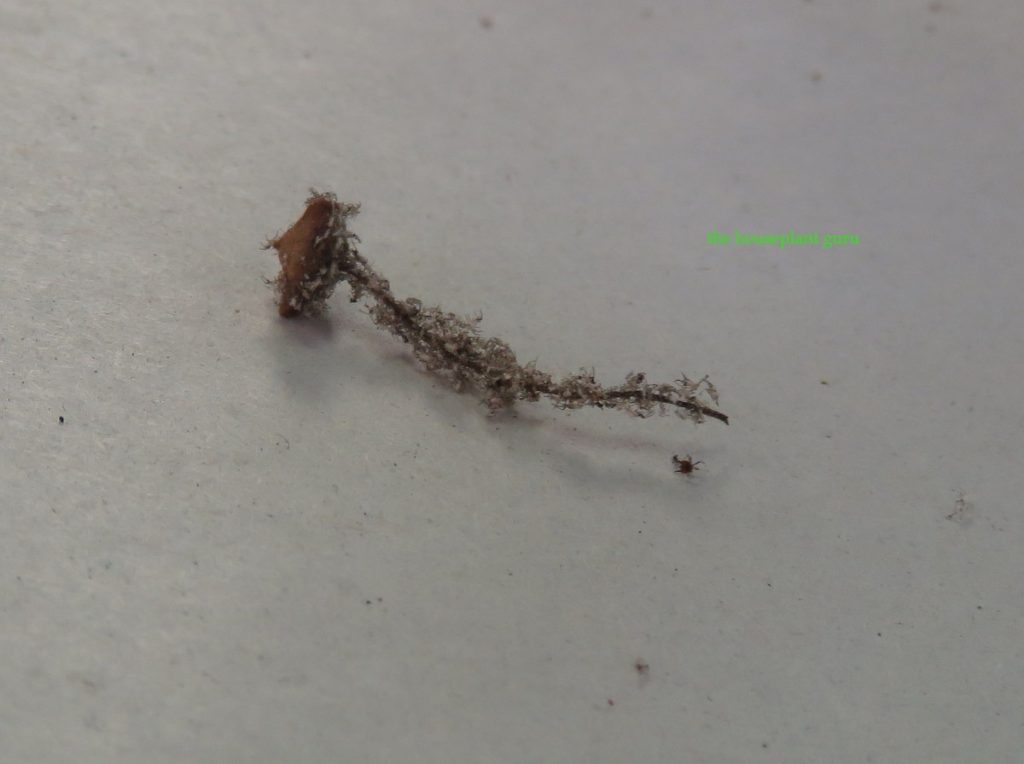 The honeydew can grow sooty mold (see below) which can block the light, so the plant cannot photosynthesize well. It is unattractive but is easily wiped off. 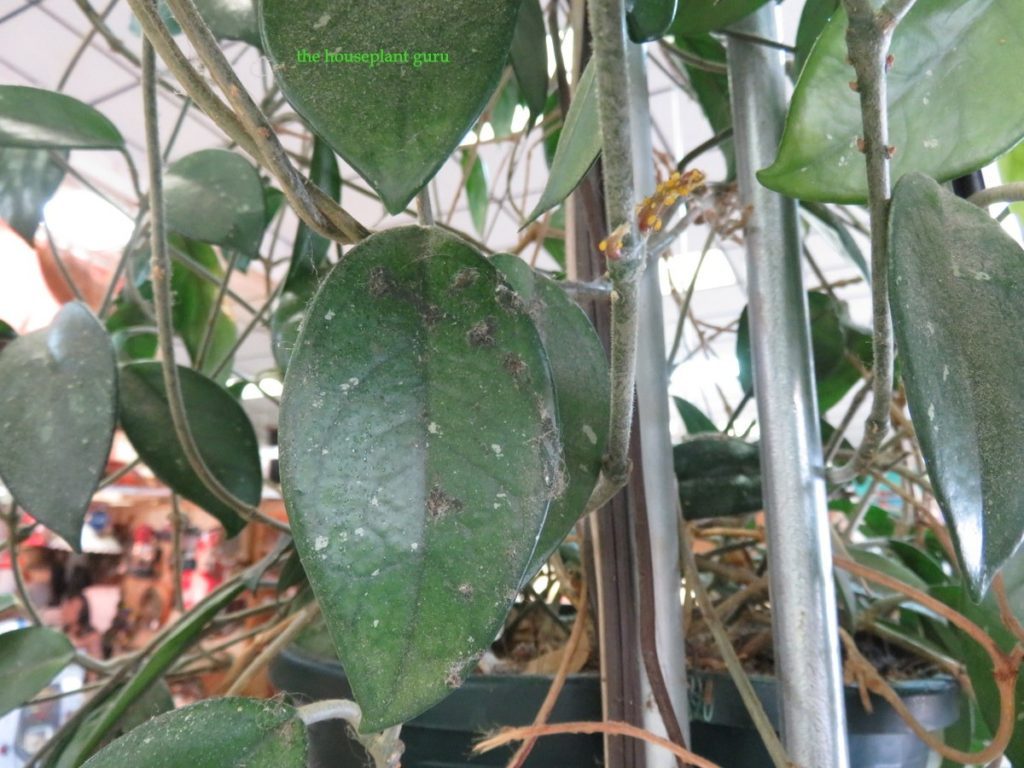 Black sooty mold growing on the honeydew. Notice the aphids on the right on the flower stalk

He asked what he could do to get rid of them. Usually, aphids are simple to remove because they are easily washed off with a stream of water. Yet, this plant is over his computer and is a huge plant. It would be impossible to remove it to spray with water. It would also be nearly impossible to spray it with an insecticide, insecticidal soap, or Neem oil, all of which work well to control aphids. Sooo, I suggested he use a systemic insecticide that could be applied to the soil. This product then moves up into the plant and makes the plant toxic for the insect to eat. Hopefully he can get them under control and save his prize plant!

So the first thing to do when you feel there is a problem with your plant, is to find out what the problem is. Is it cultural? Water, light, soil, etc. Or, does it have an insect or mite attacking? After you’ve found the origin of the problem, figure out what it is exactly. The identification of the problem, i.e. insect or disease,  is key in figuring out the solution and treatment. If your plant is infested with spider mites, for example, you are not going to use an insecticide, since mites aren’t insects. The chemical wouldn’t work. And spraying your plant willly nilly with whatever chemical you have, is not a good idea. Chemicals should be used sparingly and only after completely reading the label.

The next insect pest I saw will be in the next blog post. Stay tuned! Let me know in the comments below if you have had aphids on your houseplants and how you eradicated them.