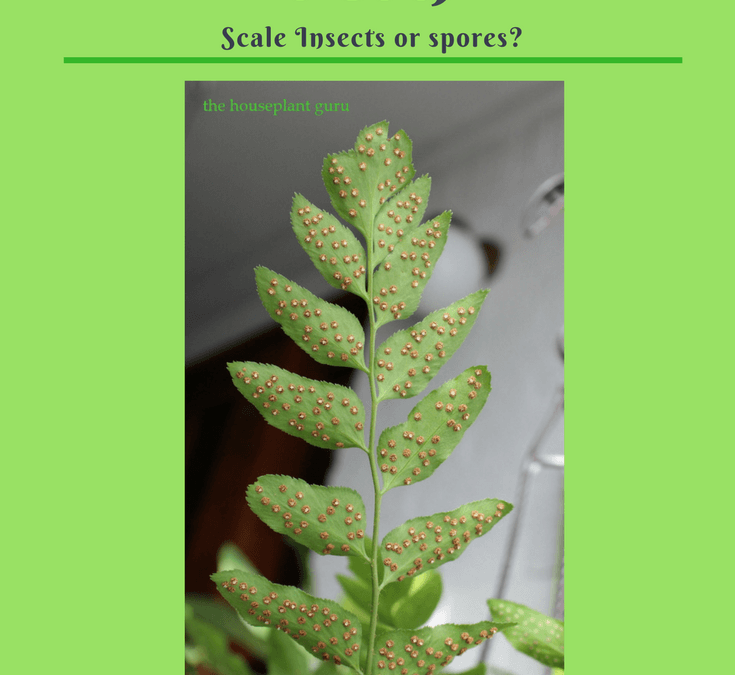 I saw this beautiful fern the other day and wanted to buy it. At first glance, I thought it was dirty and may have an insect problem so decided not to bring it home. Yet, upon closer inspection, I realized there wasn’t a problem at all, so into the cart it went. 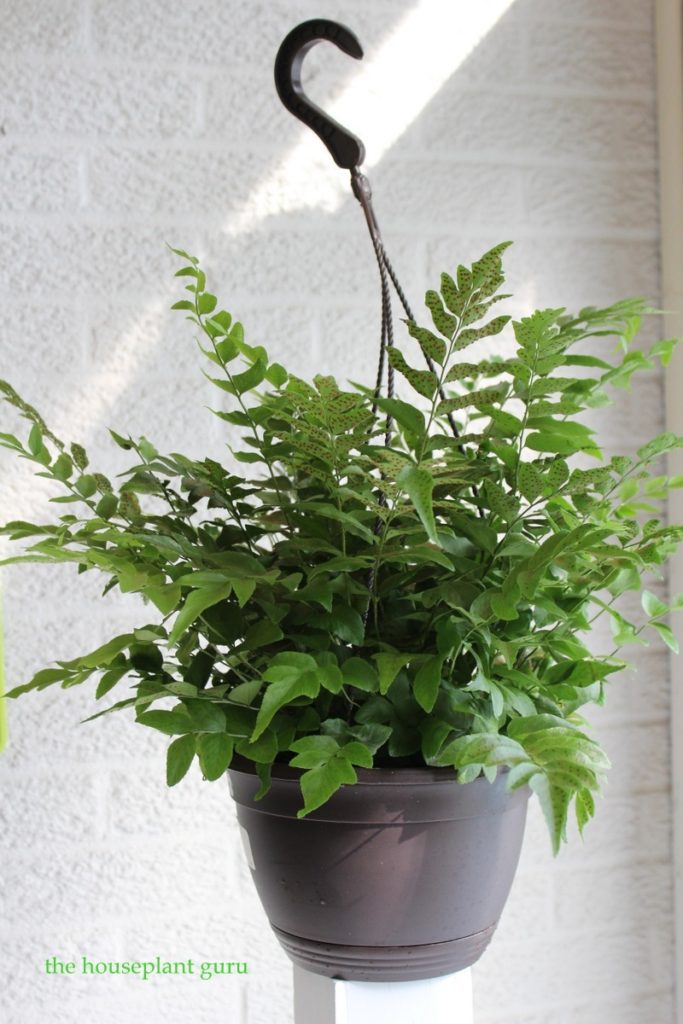 What led me to believe there might have been a problem? There were brown spots and “dirt” all over the fronds. 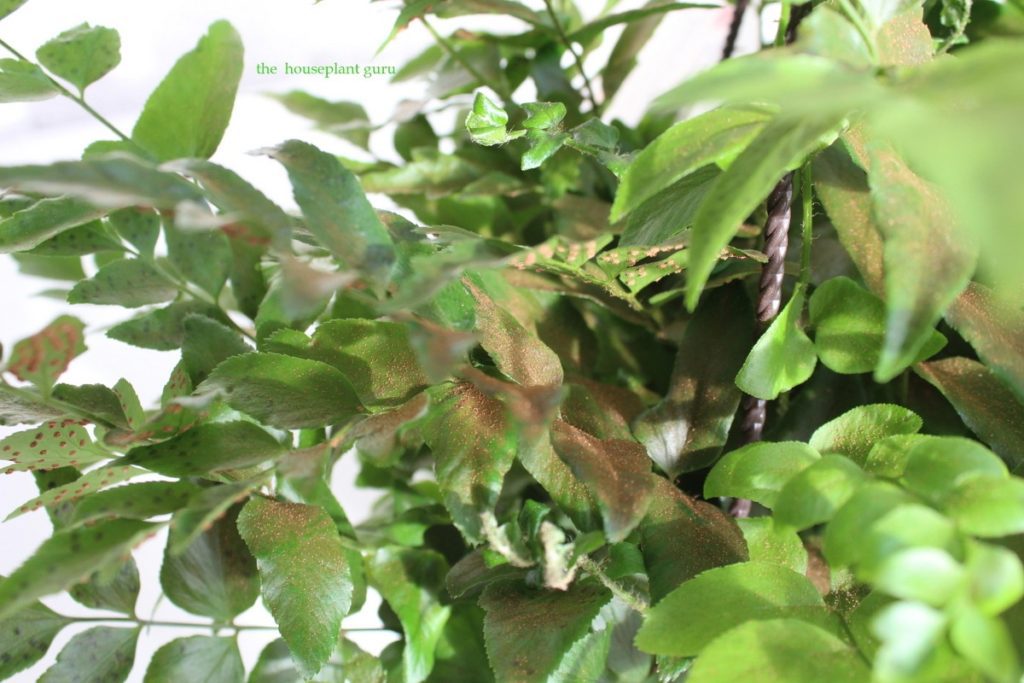 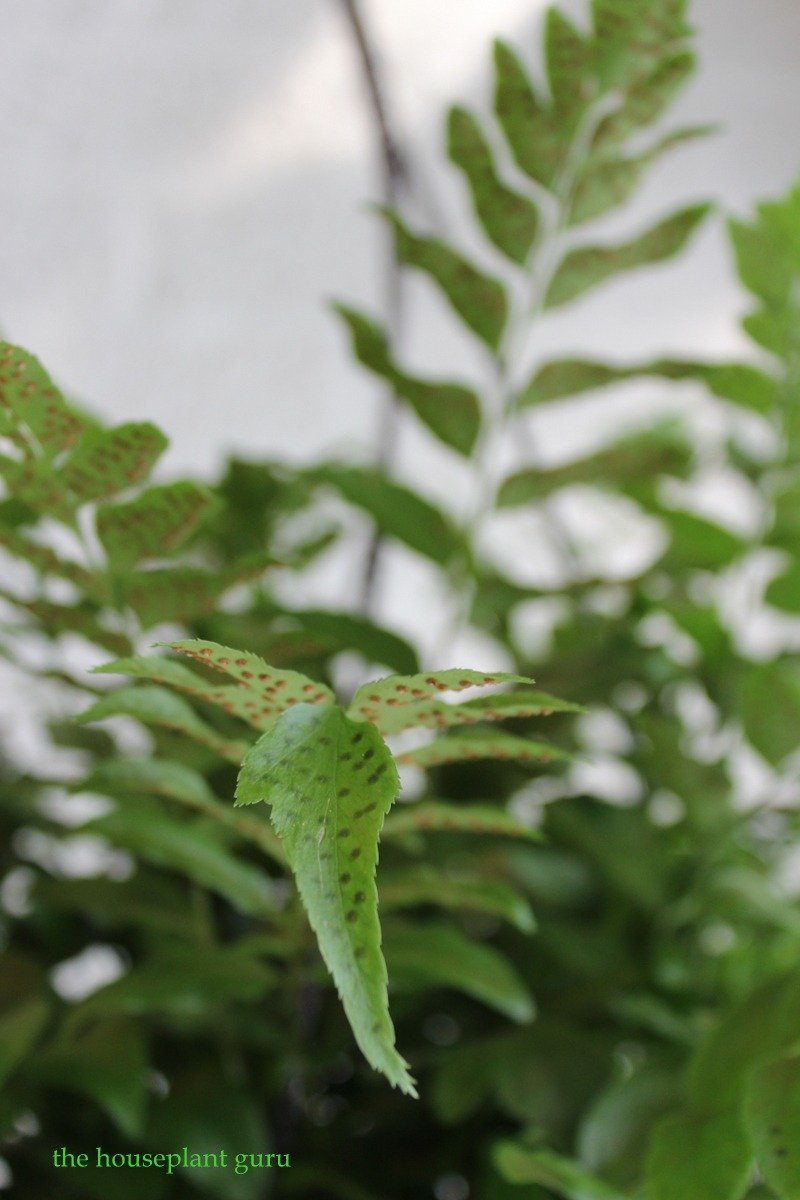 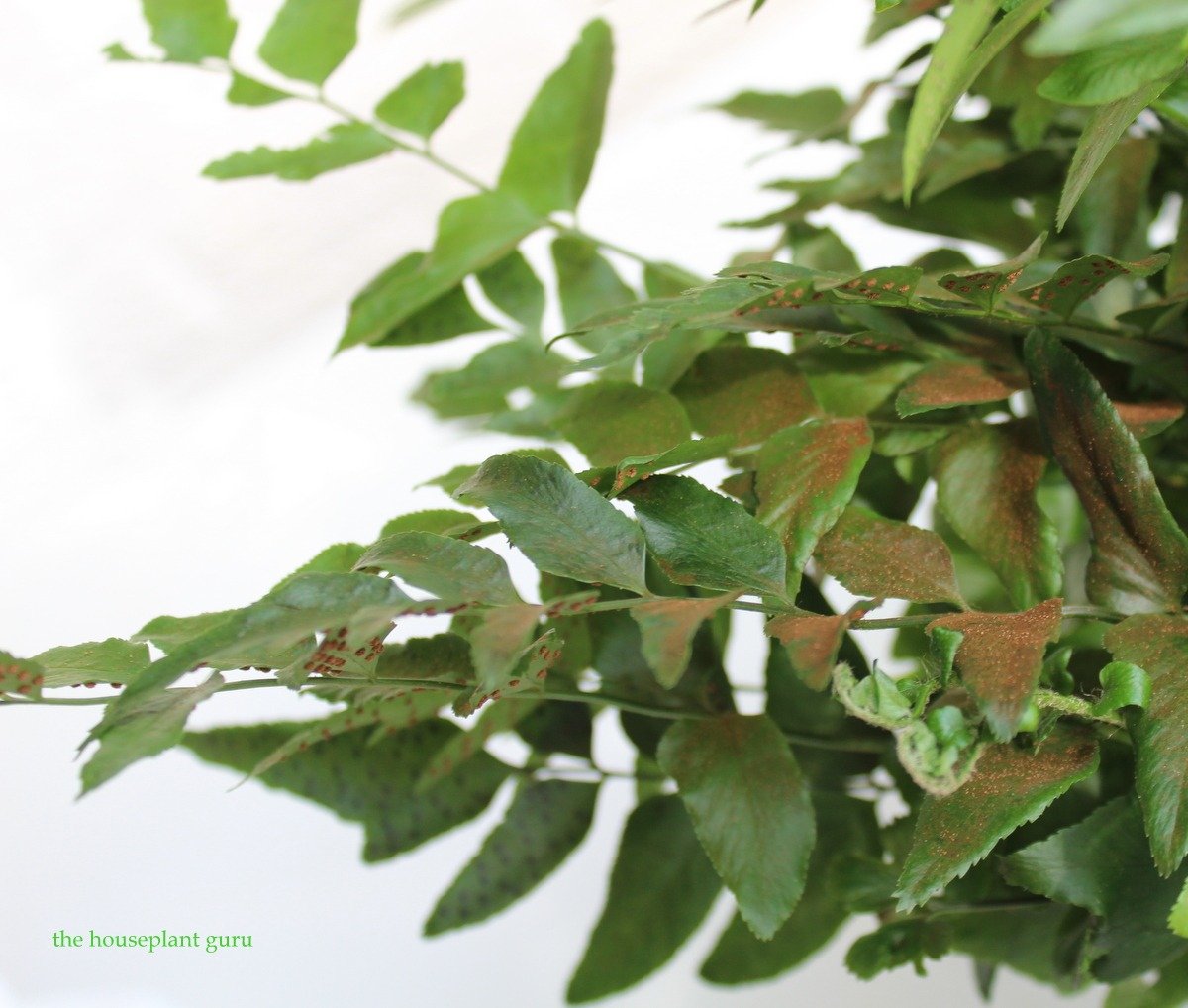 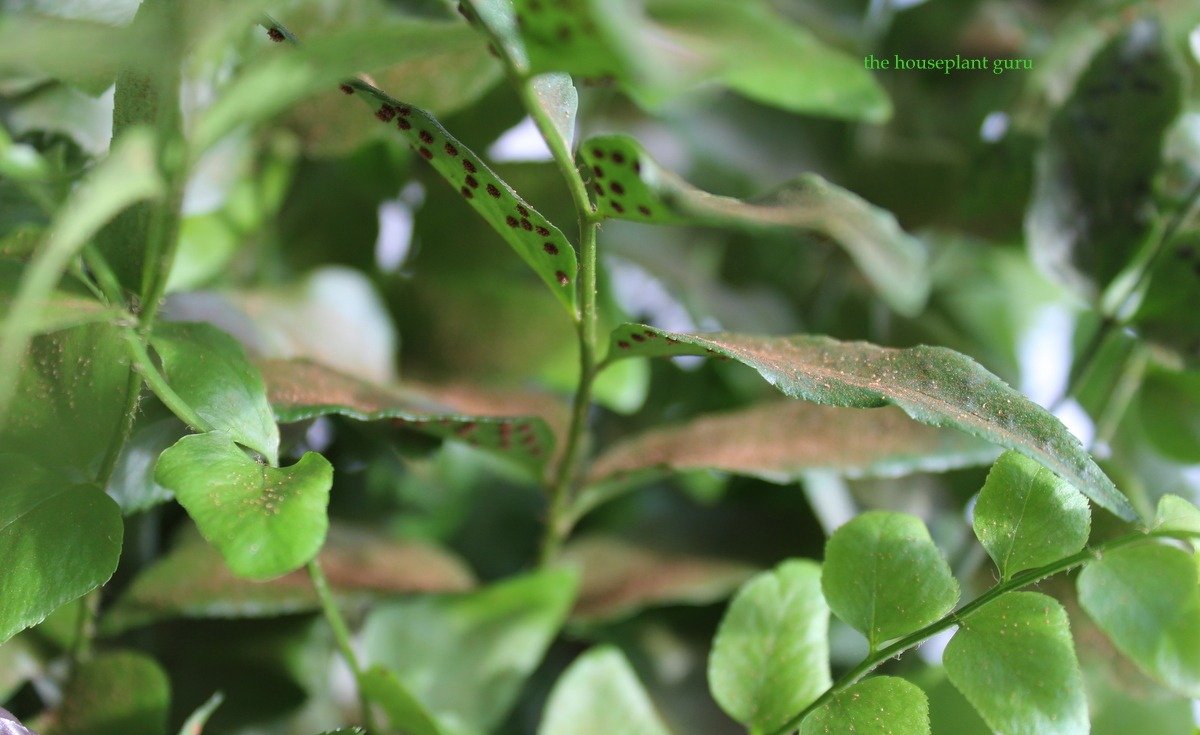 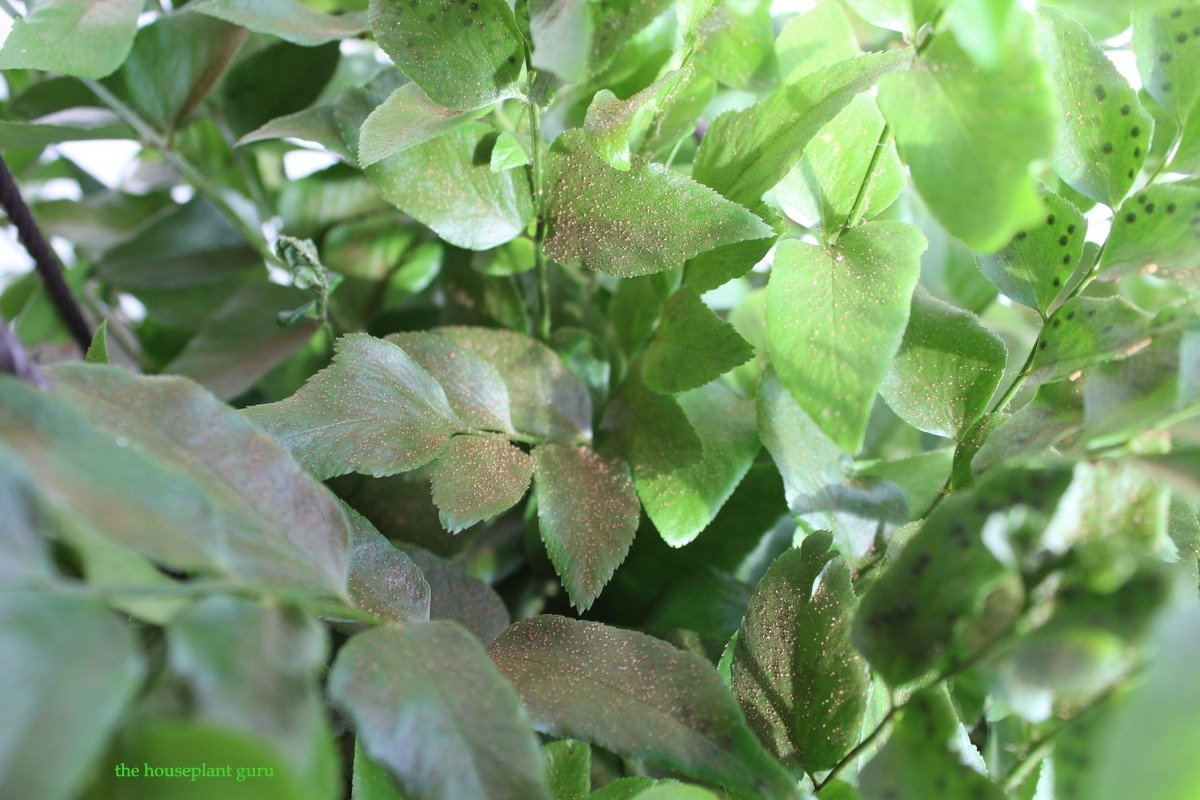 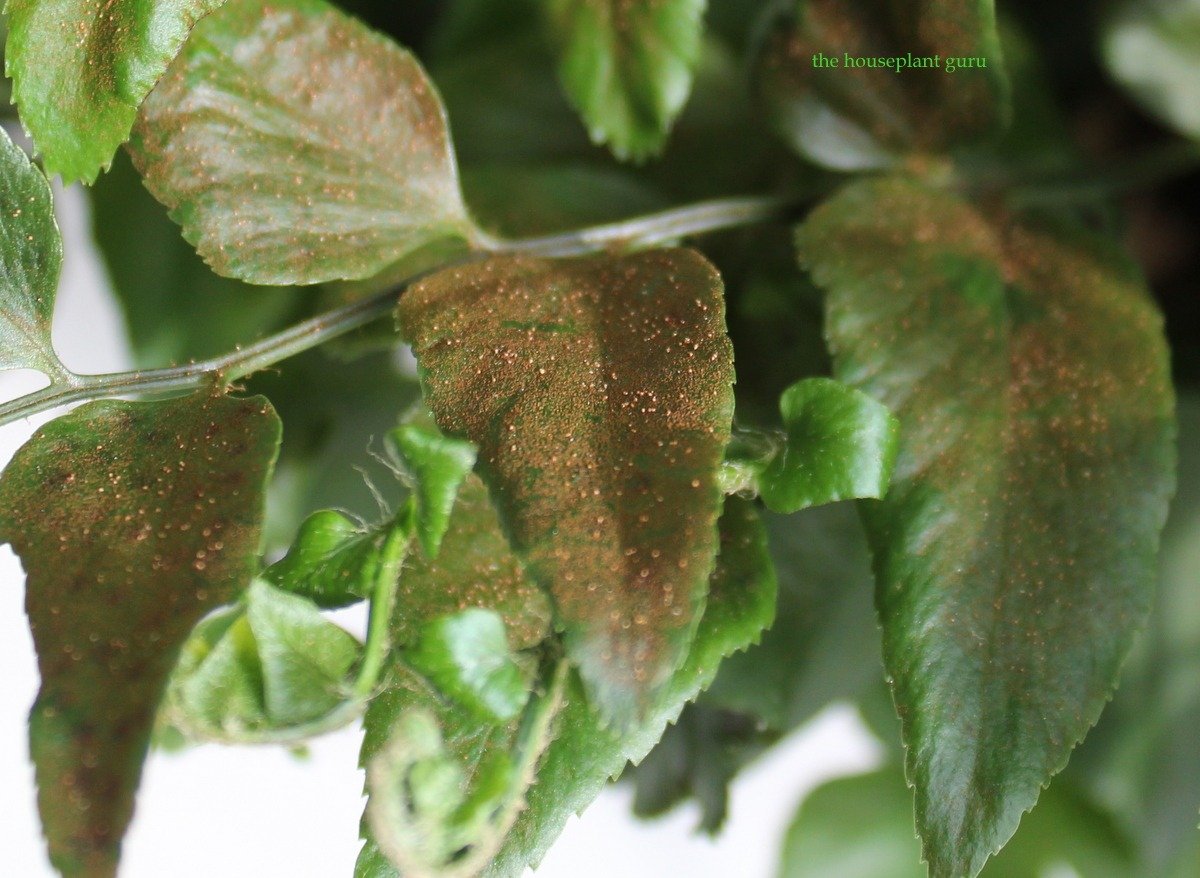 But when I picked up the fern, I realized the back of the fronds were covered with sori and the spores were falling from them all over the fronds, making it appear that the plant was covered with dirt. What are sori (plural of sorus), you ask? They are groups of sporangia which are small receptacles that contain the spores, the reproductive bodies of the ferns. Ferns do not form flowers and for that reason do not make seeds. Instead they reproduce by the means of spores, of which there are thousands. 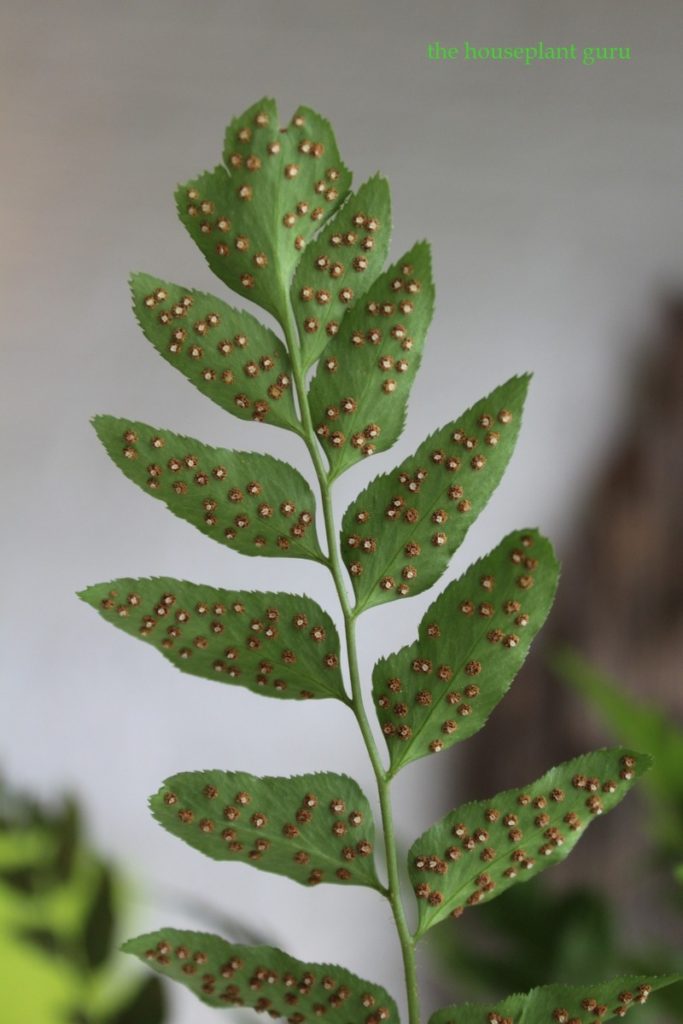 Sori full of spores on the back of the frond

The sori on a fern can be disturbing, especially if you are new to houseplants. Sori usually appear in a pattern on the underside of the fronds, as a rule. Below are pictures of different kinds of ferns with their sori. Notice how most are in a pattern, but not all. 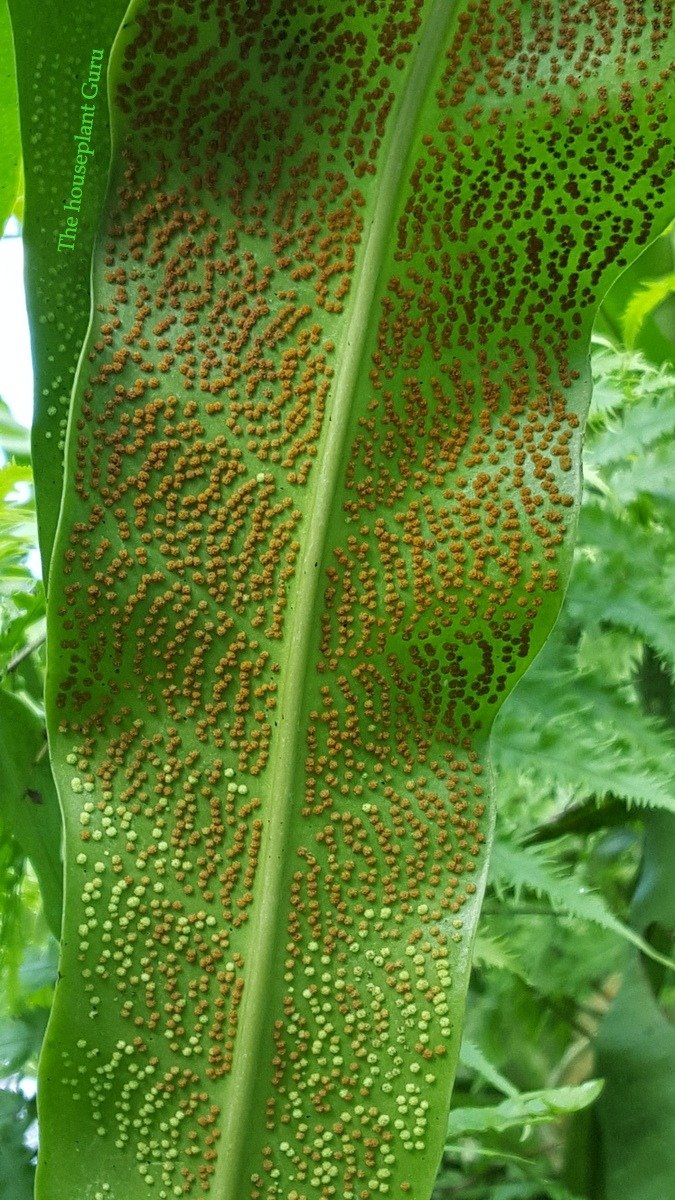 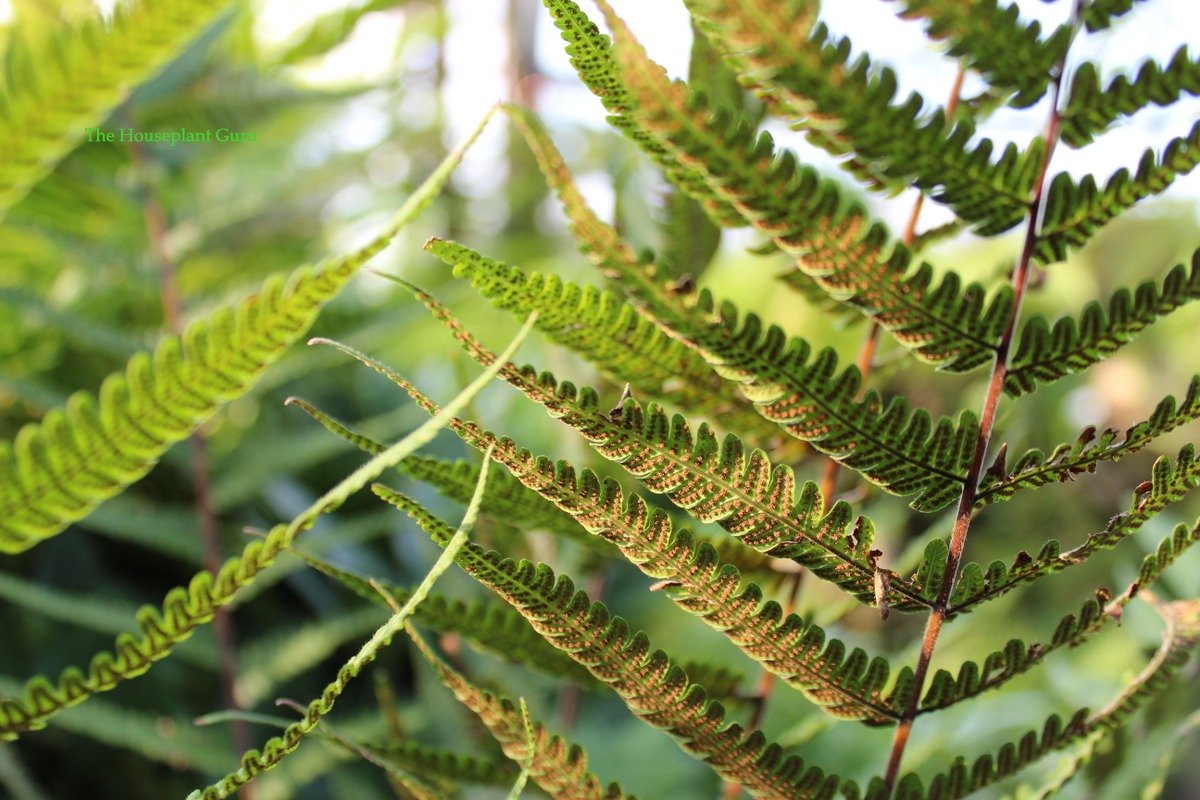 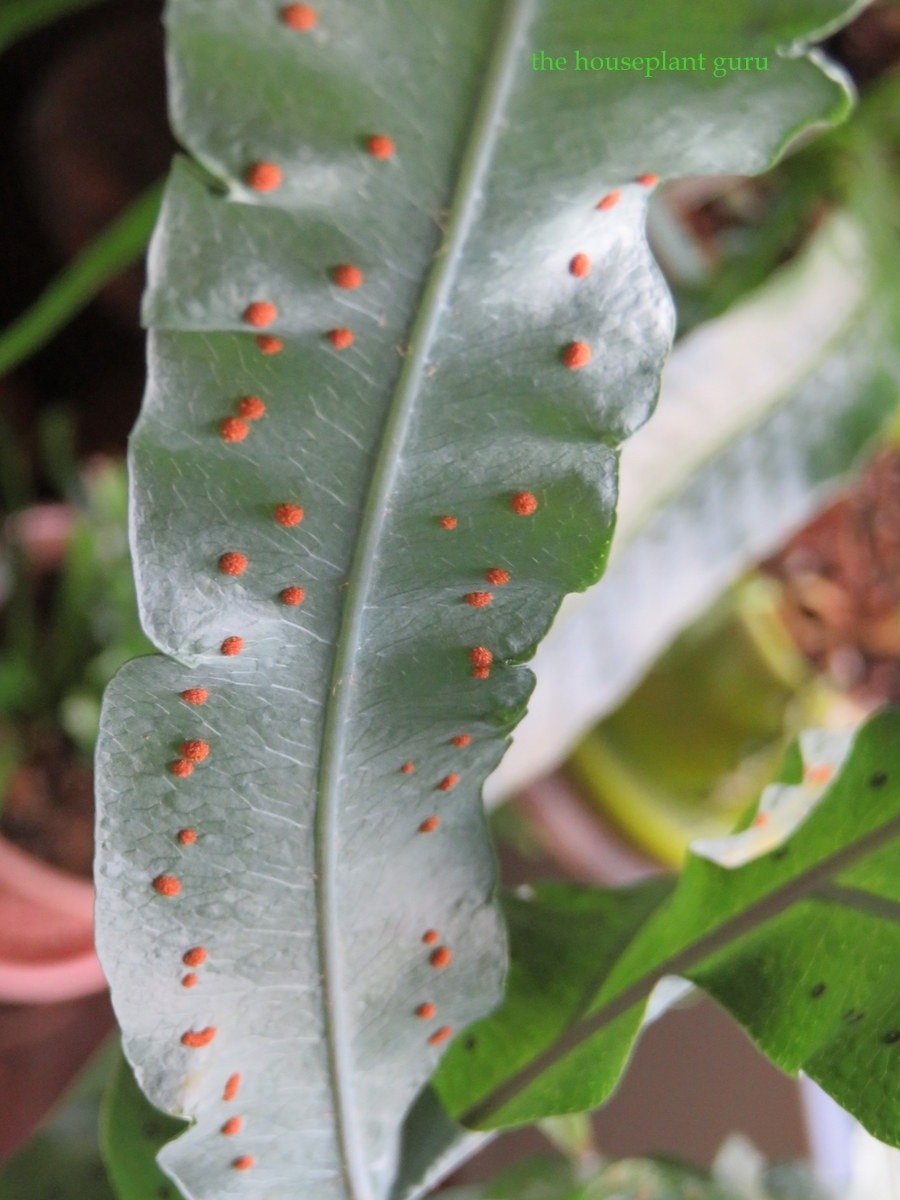 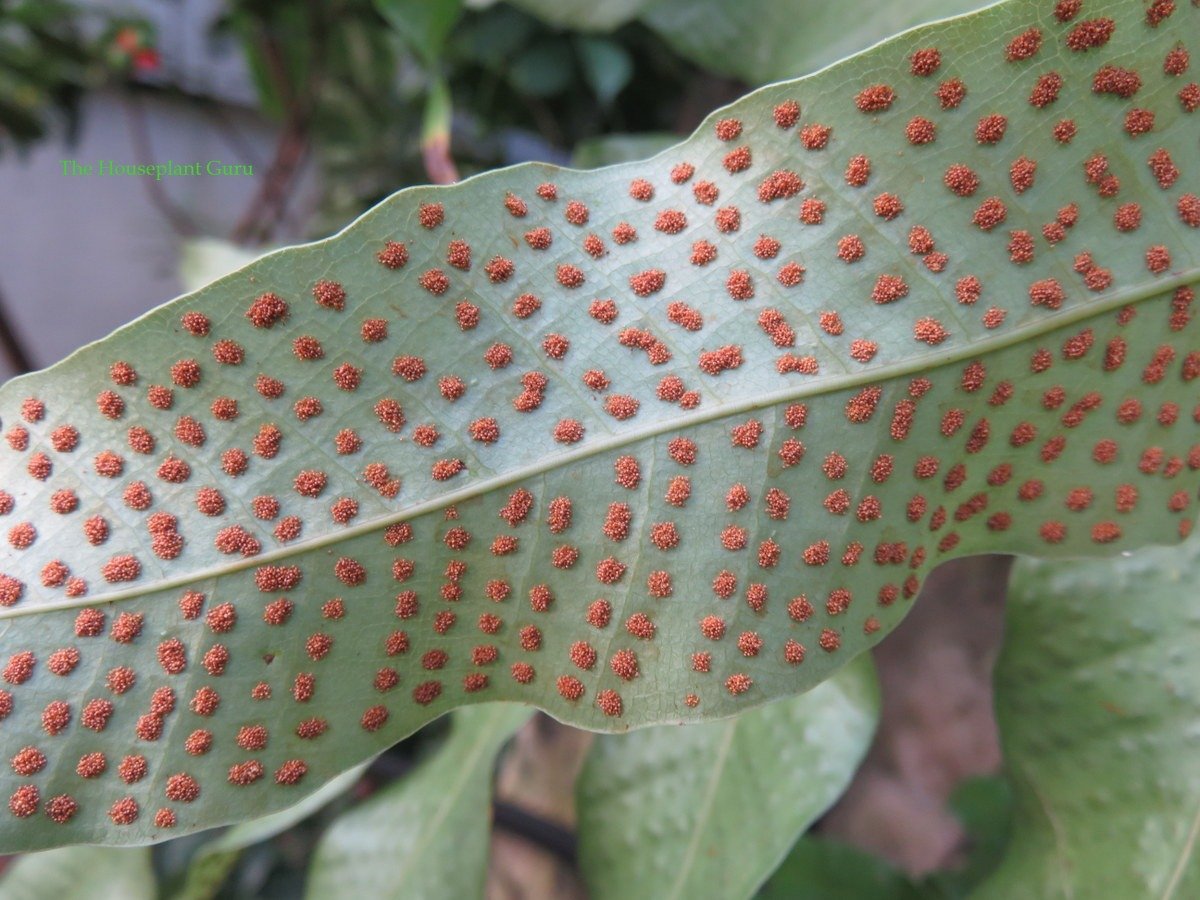 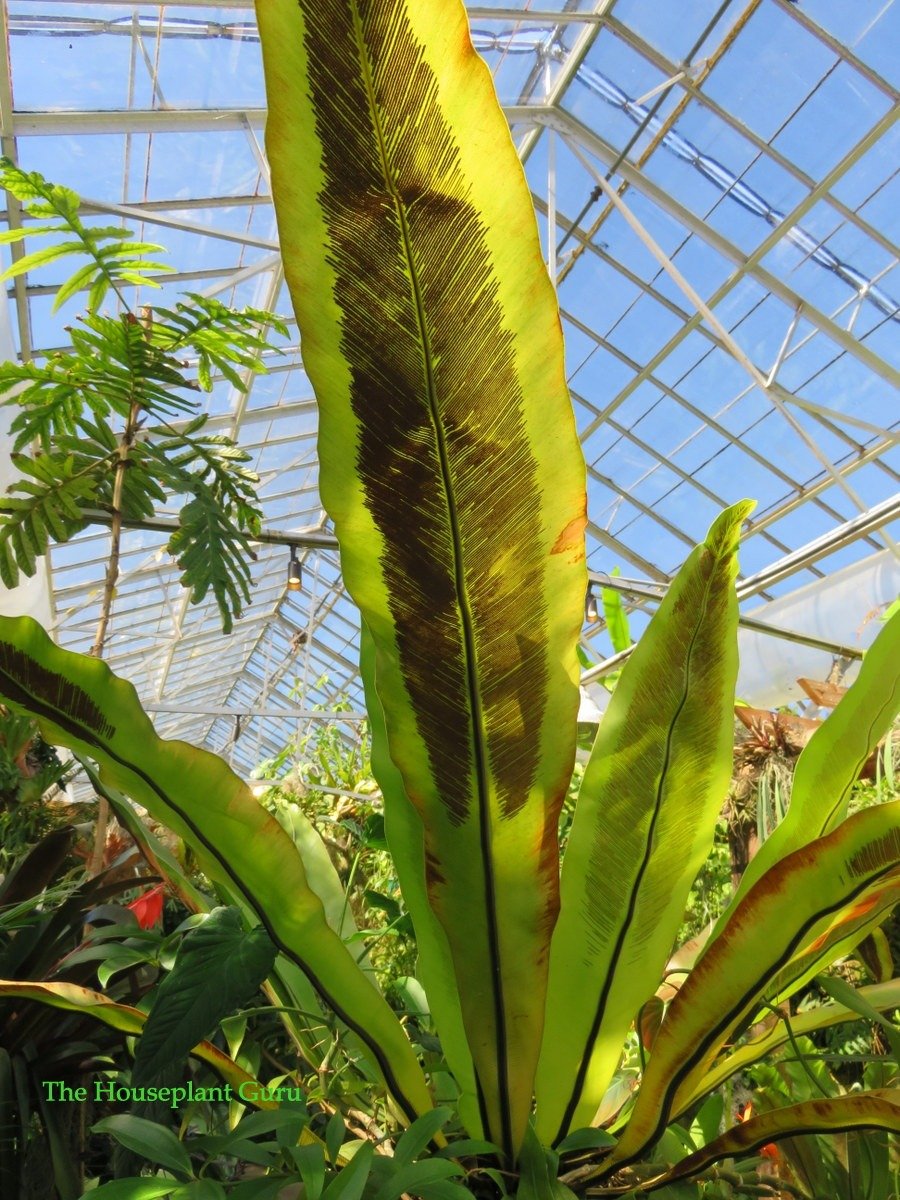 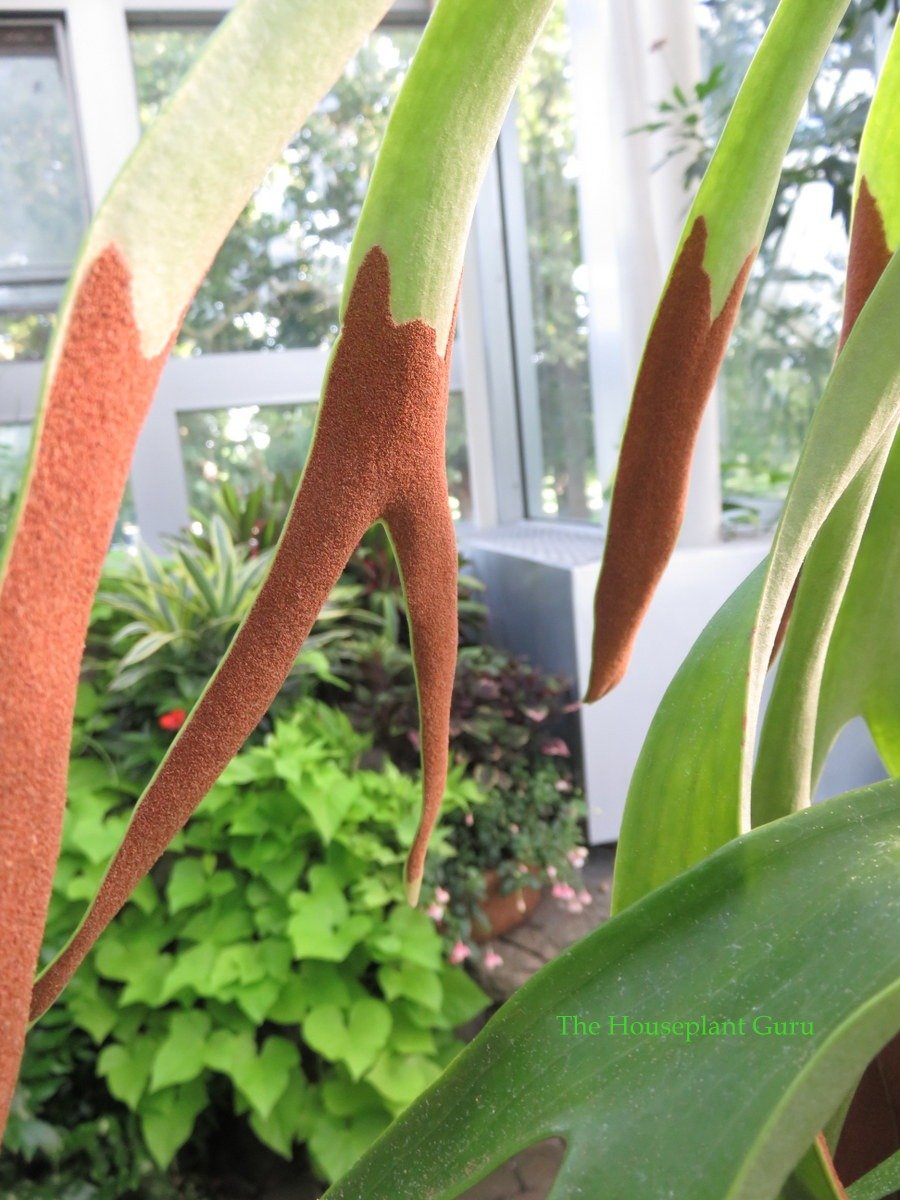 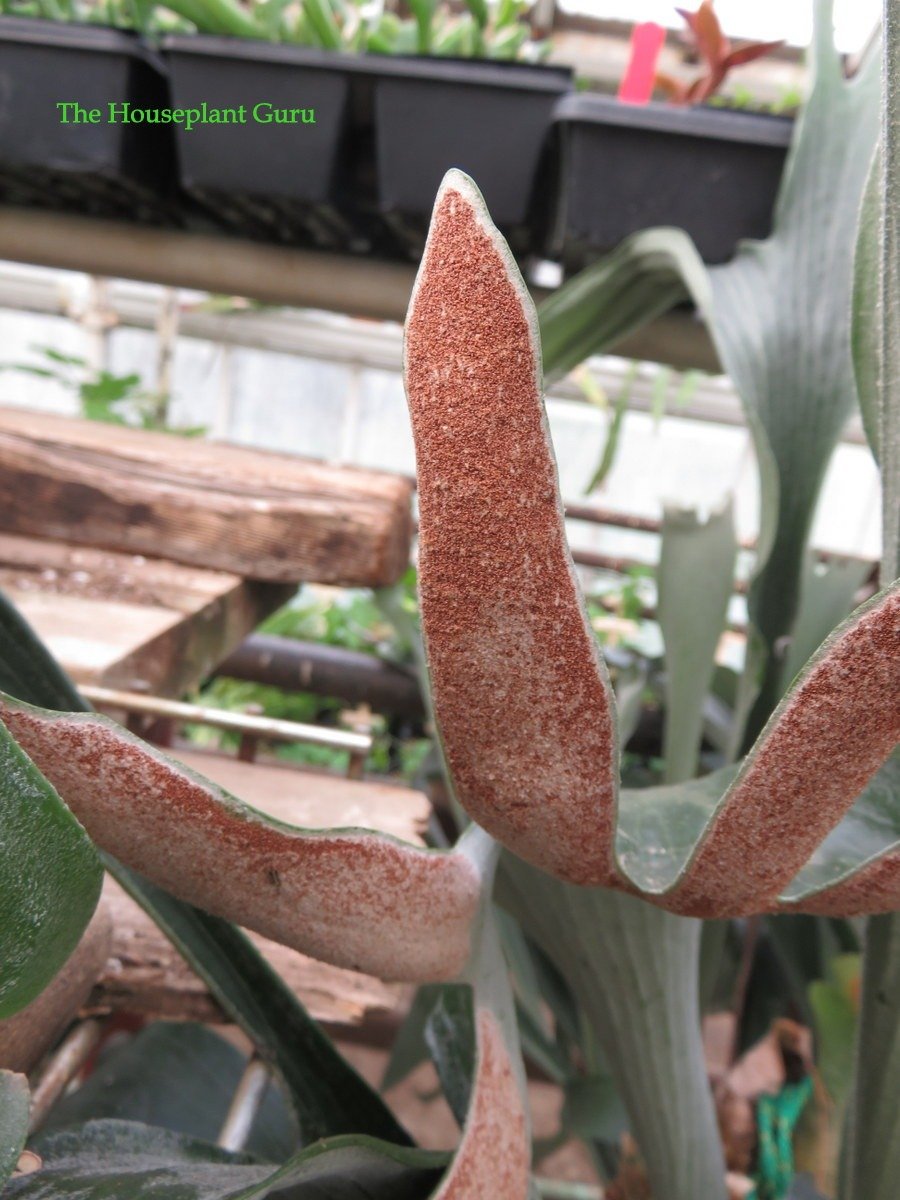 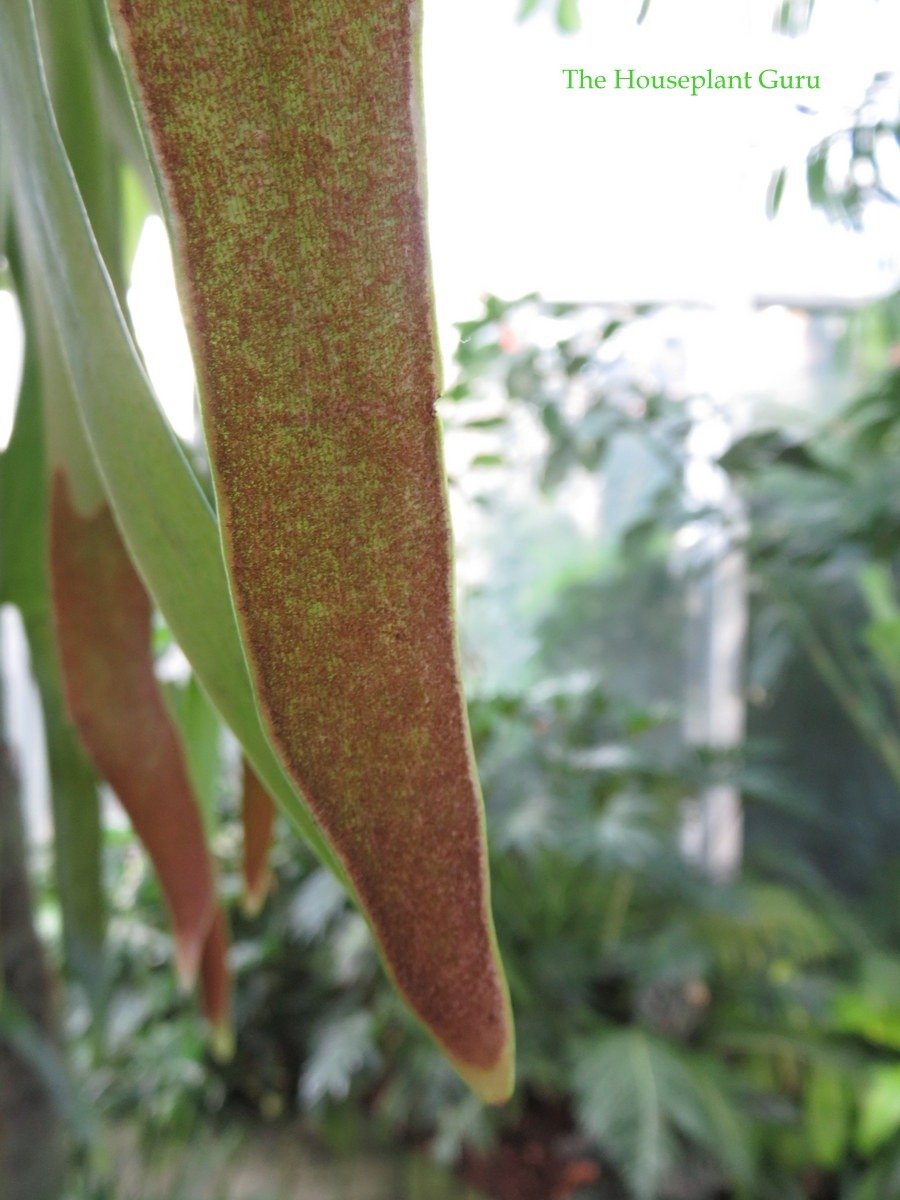 Scale on the other hand can be on the leaflets and on the stems, usually in no apparent pattern. So whether you think it may be spore cases or scale, always take a second look.

These are scale (below) which is an insect that sucks the juices from the plant, often on the top of a fern frond, but can also be underneath and on the stems. Sporangia are not on the top of the fronds, as a rule. You can also see the sticky honeydew (those aren’t water drops) which is the excretion from the scale. 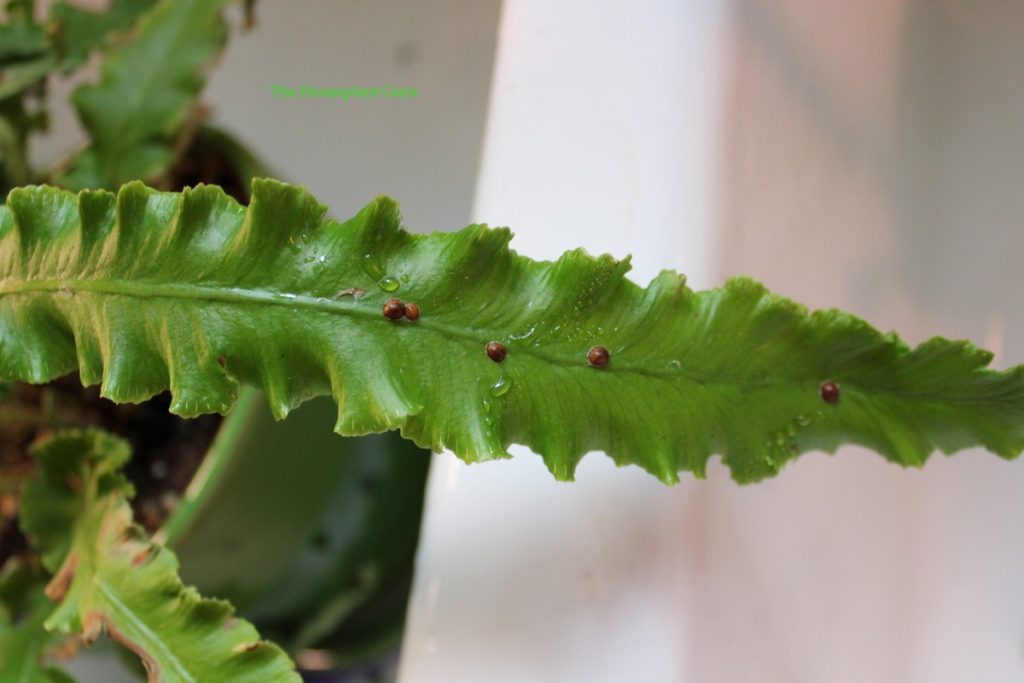 The ants below are farming the honeydew from the scale. They can spread diseases and pests, so ants can be an indicator of plant problems. 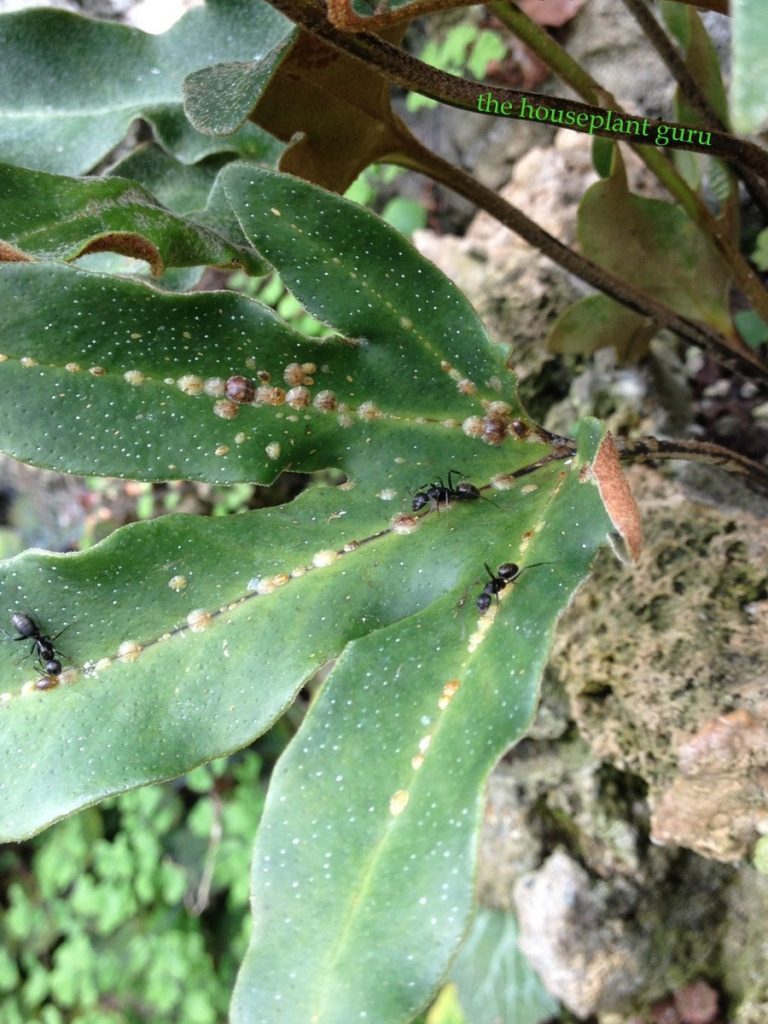 Ants collecting honeydew from scale on a fern

Scale is best removed by hand because ferns are very sensitive to sprays. A systemic may work, but read the label first on any insecticide you try.

The sori below are on the bottom of the fronds. 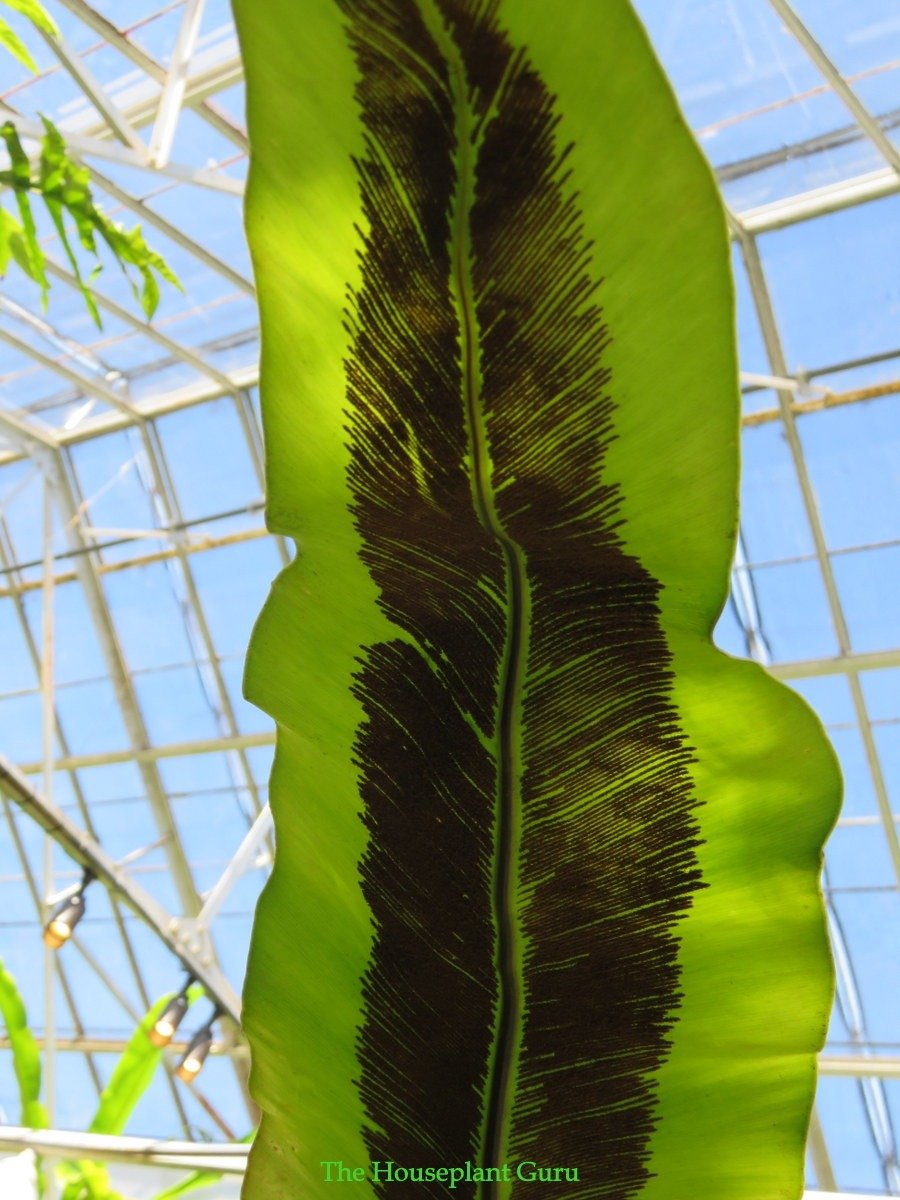 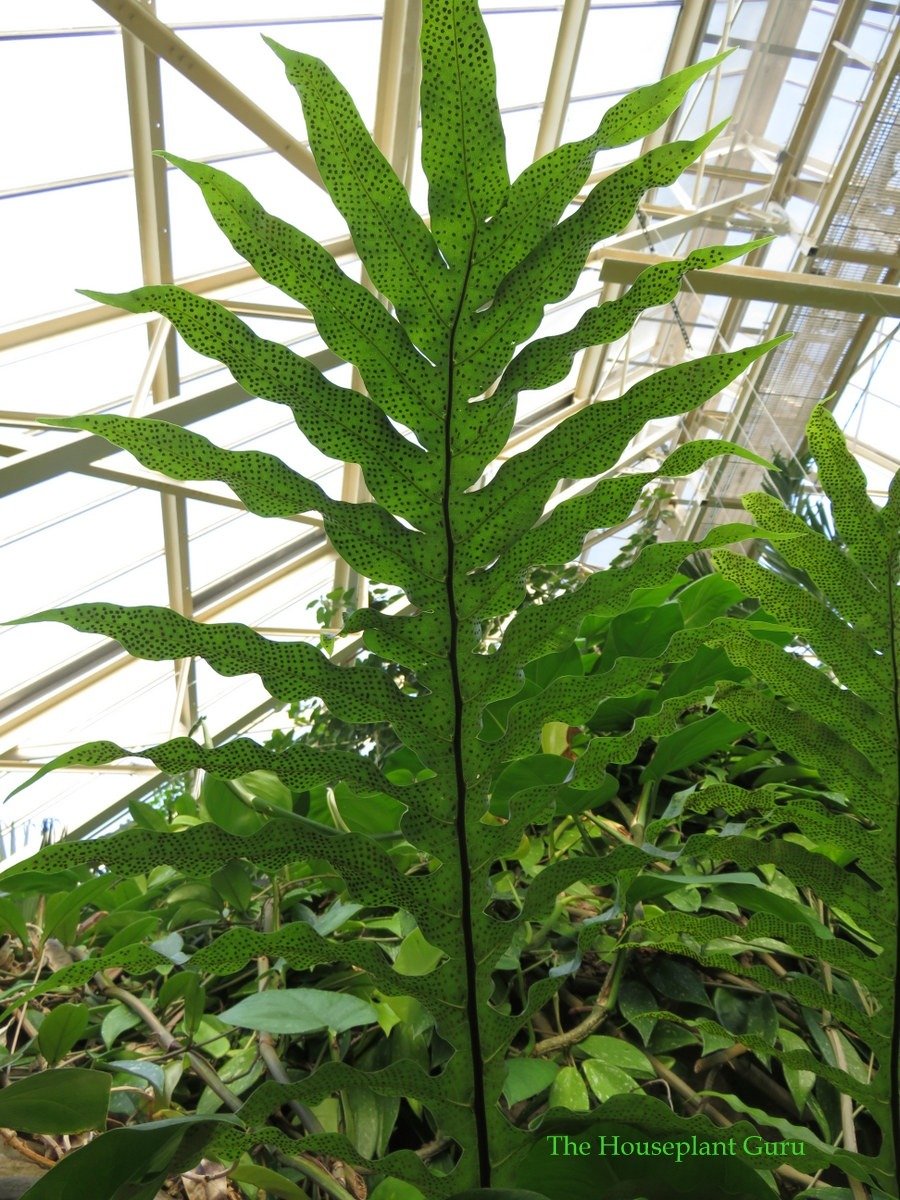 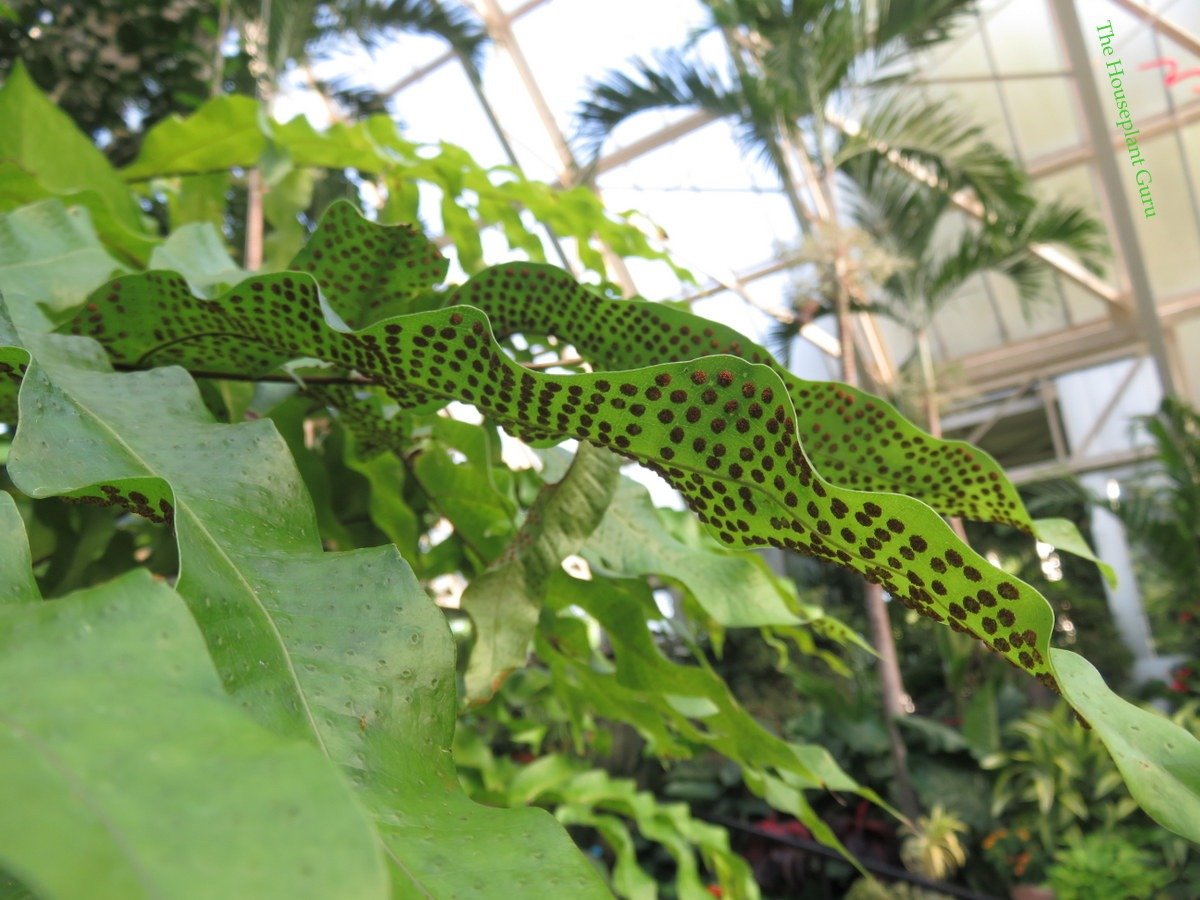 When the sun shines through the fronds you can see the sori. This is another reason they can be mistaken for scale. 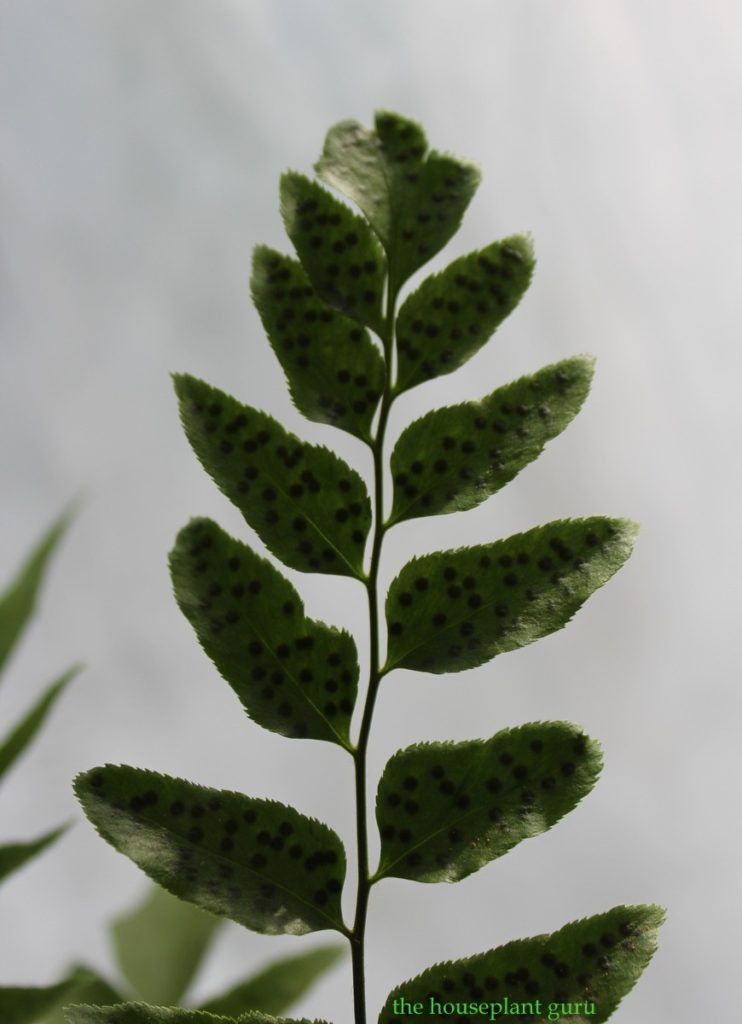 The sun shining through the fronds shows the sori

So next time you see a “polka-dotted” fern, don’t think twice about buying the plant.  Do examine it closely and make sure they aren’t scale insects, though. The key is to be an informed, observant plant buyer.

Have you hesitated when buying a fern, thinking it was covered with insects? Leave a comment below.