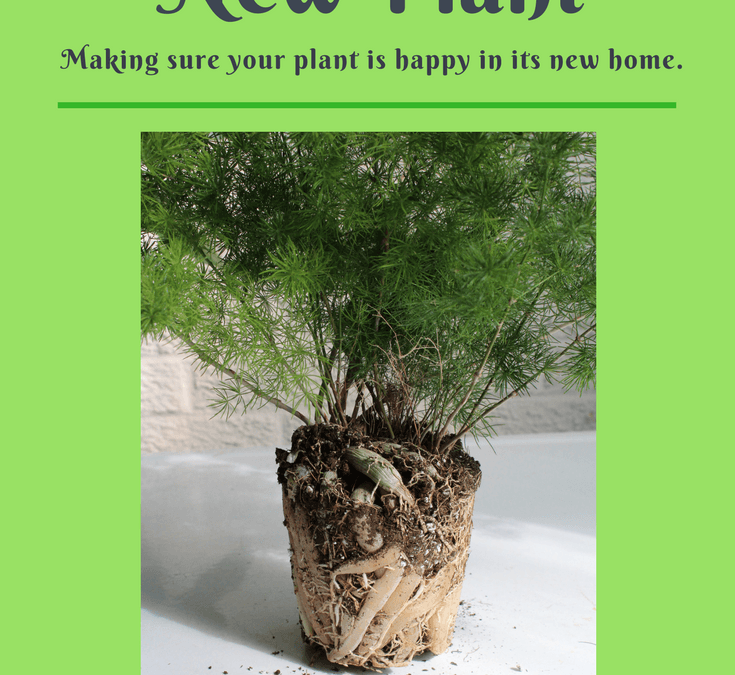 I recently bought some new houseplants (big surprise) and they needed to be put in new pots. When changing pots it is important to decide whether your plant only needs re-potted or moved to the same size pot, or if it needs to be up-potted into a larger container. A plant may need to be moved to a smaller pot, even. Let’s look at how to decide what is needed.

Let’s talk first about re-potting. This just means that you need to change the pot. It doesn’t necessarily need to be bigger because your plant isn’t root bound. It may be that you just want to put your plant in a decorative pot instead of the grower’s utilitarian pot that the plant came in.

After removing the plant from the grower’s pot, check the roots. Are they completely filling the container or does it seem just right; the roots are visible but not solidly packed in the pot. At the same time, check the stem and make sure it is in the potting medium at the right level. Quite often I find plants are buried too deep in the pot. The medium is up around the stem too far and may lead to rot. I remove the extra medium and plant it at a more acceptable level. Where the stem and roots meet should be at or just a little below the potting medium line. The following plants are sansevieria and all were planted too deep in the medium and had to be raised up in the pot. 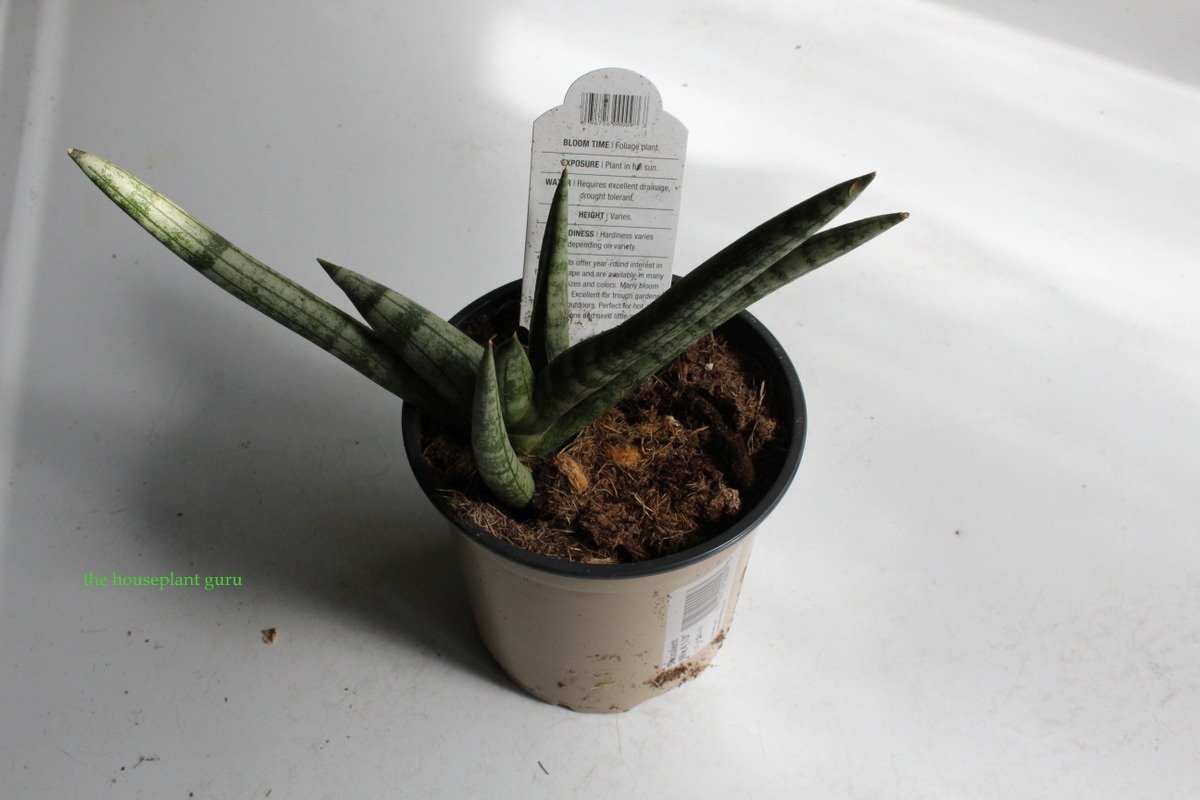 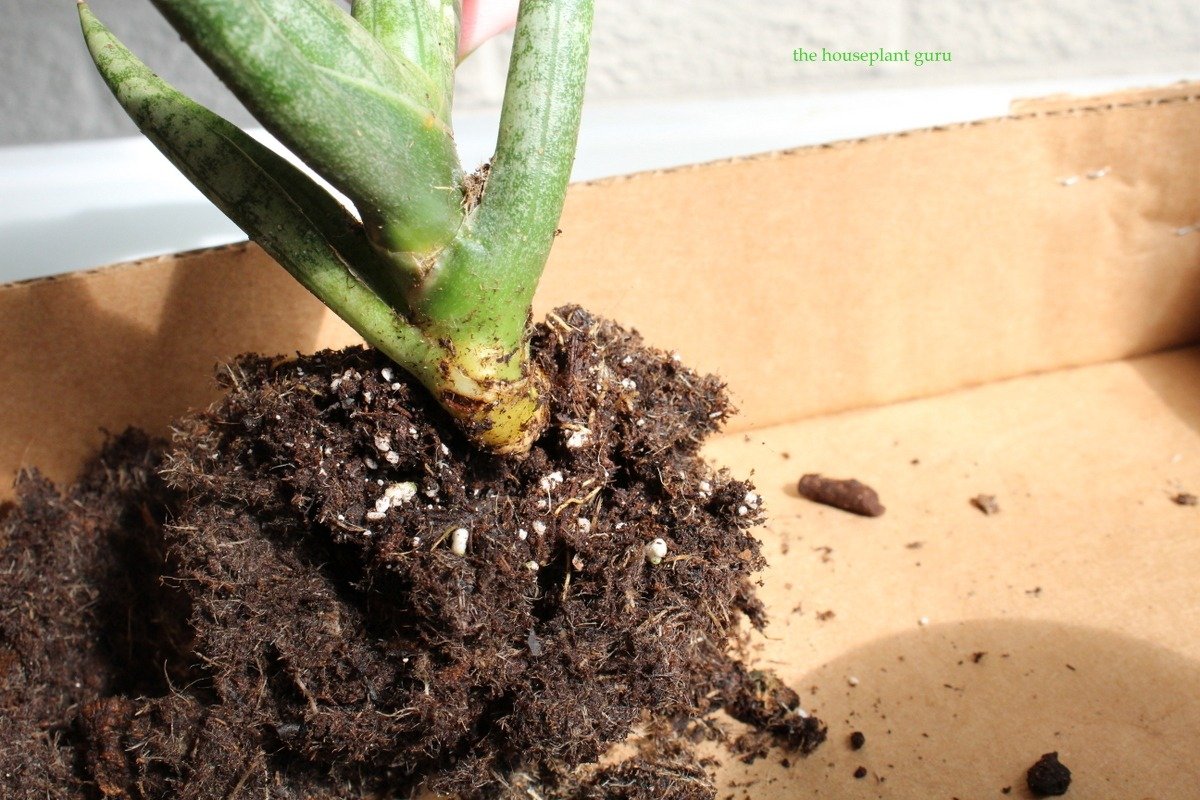 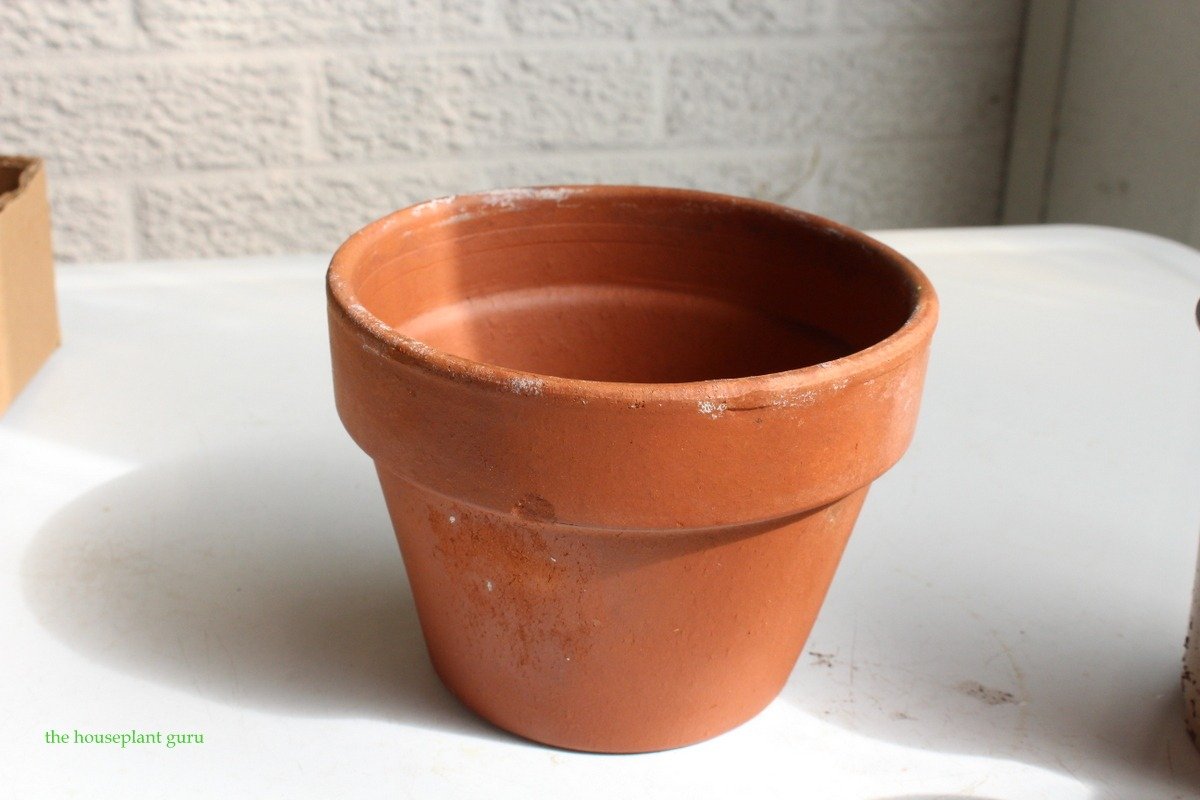 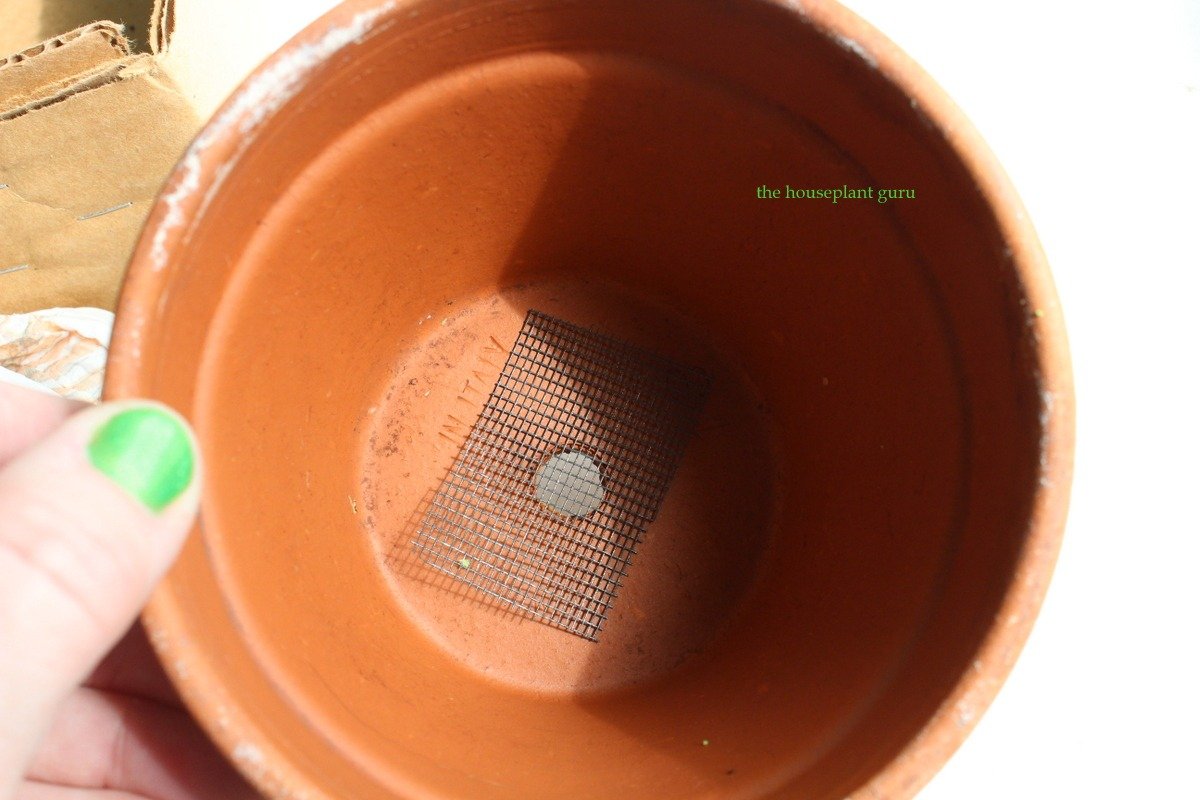 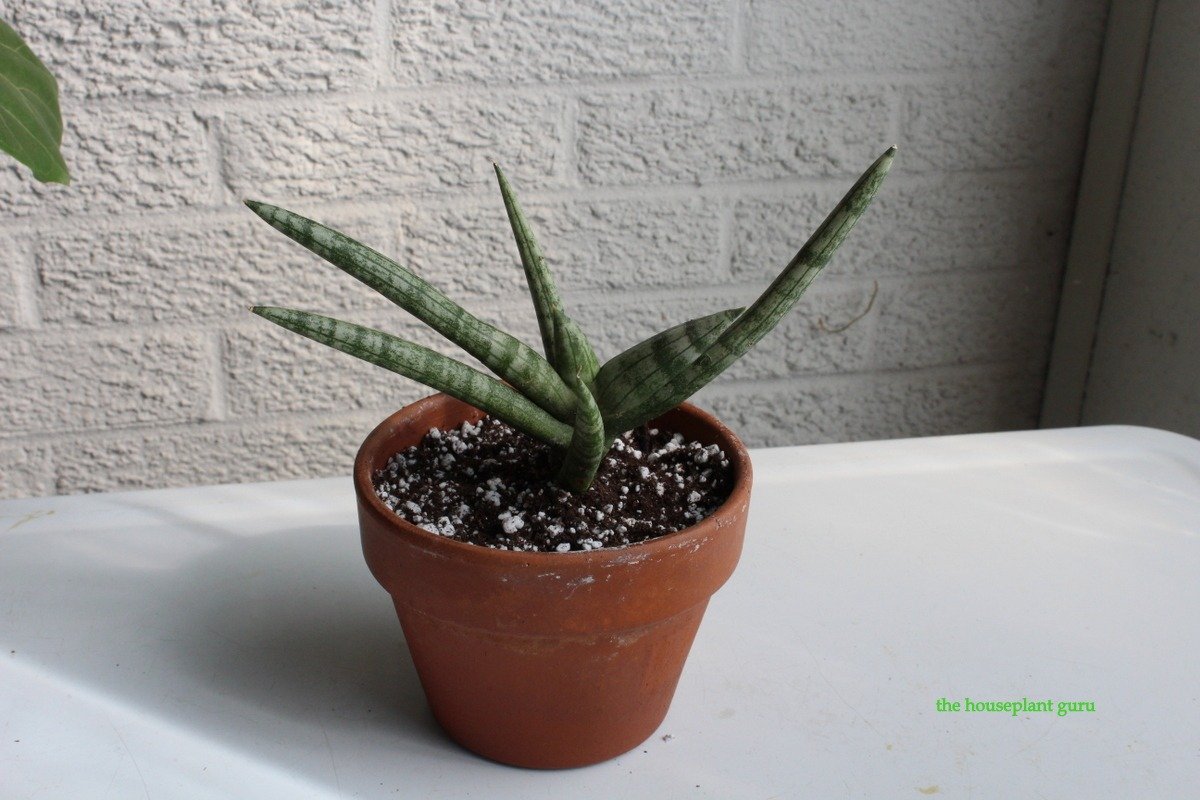 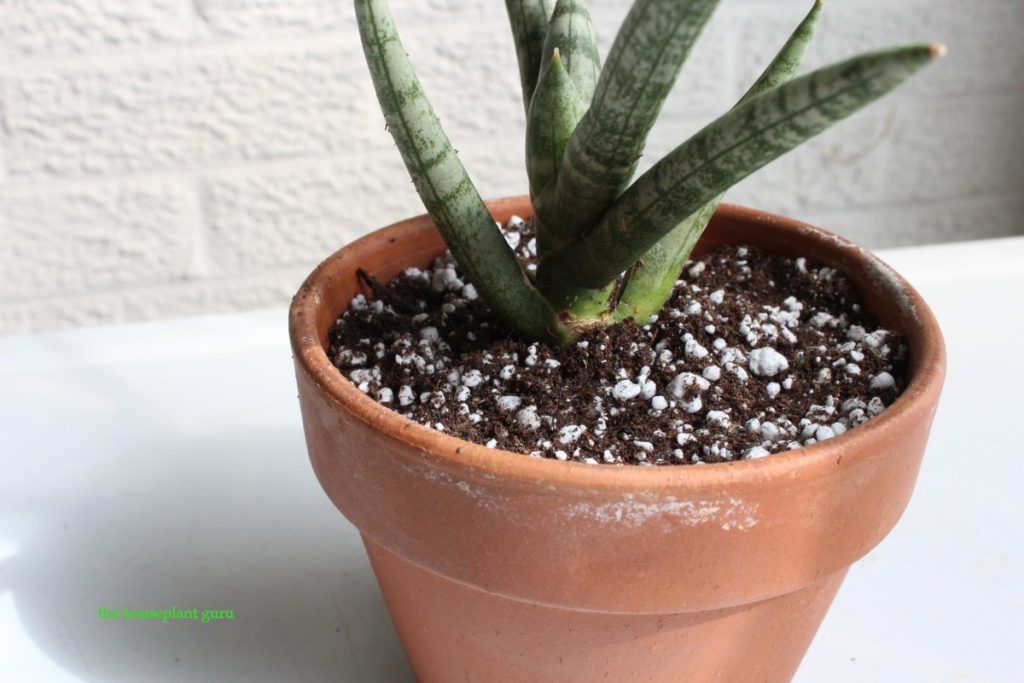 Repotted higher so it does not rot

I thought the sansevieria below only had a couple sets of leaves, but when I removed it from its grower’s pot, it had two more levels below the soil. As you can see I washed the soil out of the leaves. The plant below on the left is too wet which to me is obvious by the color of the medium, but it also was obvious when I lifted both and the one on the left was much heavier than the right. Both plants were too deep in the pot. Because they are small plants and had a small root system, I actually chose smaller pots than the ones they had been growing in (below). The new pots chosen are both azalea pots, which means the height of the pot is 3/4 of the diameter. These are good for shallow rooted plants. 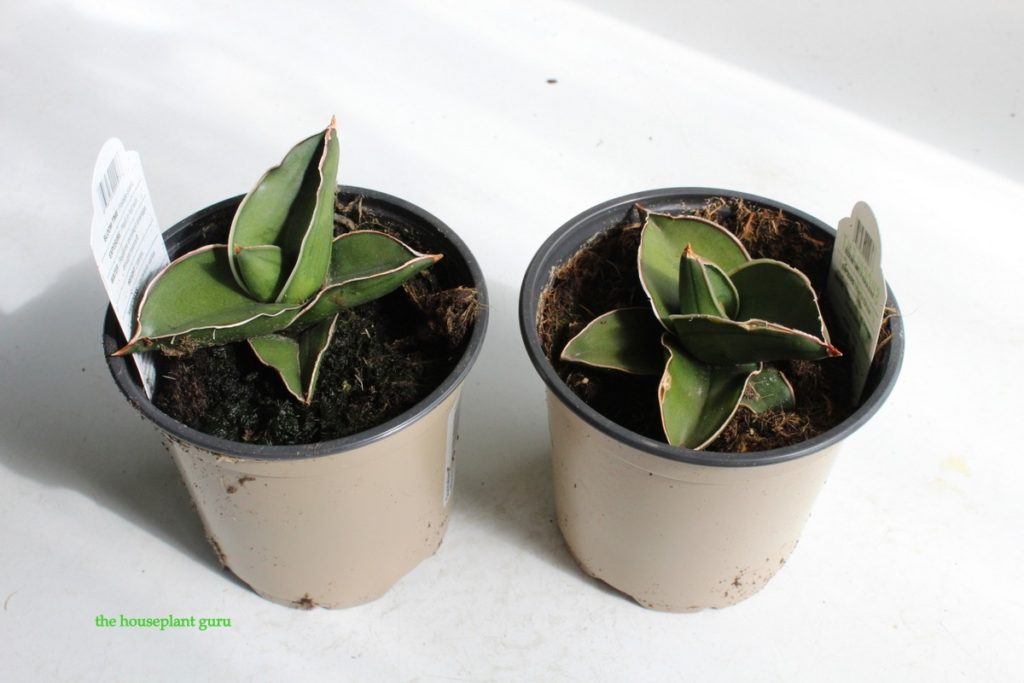 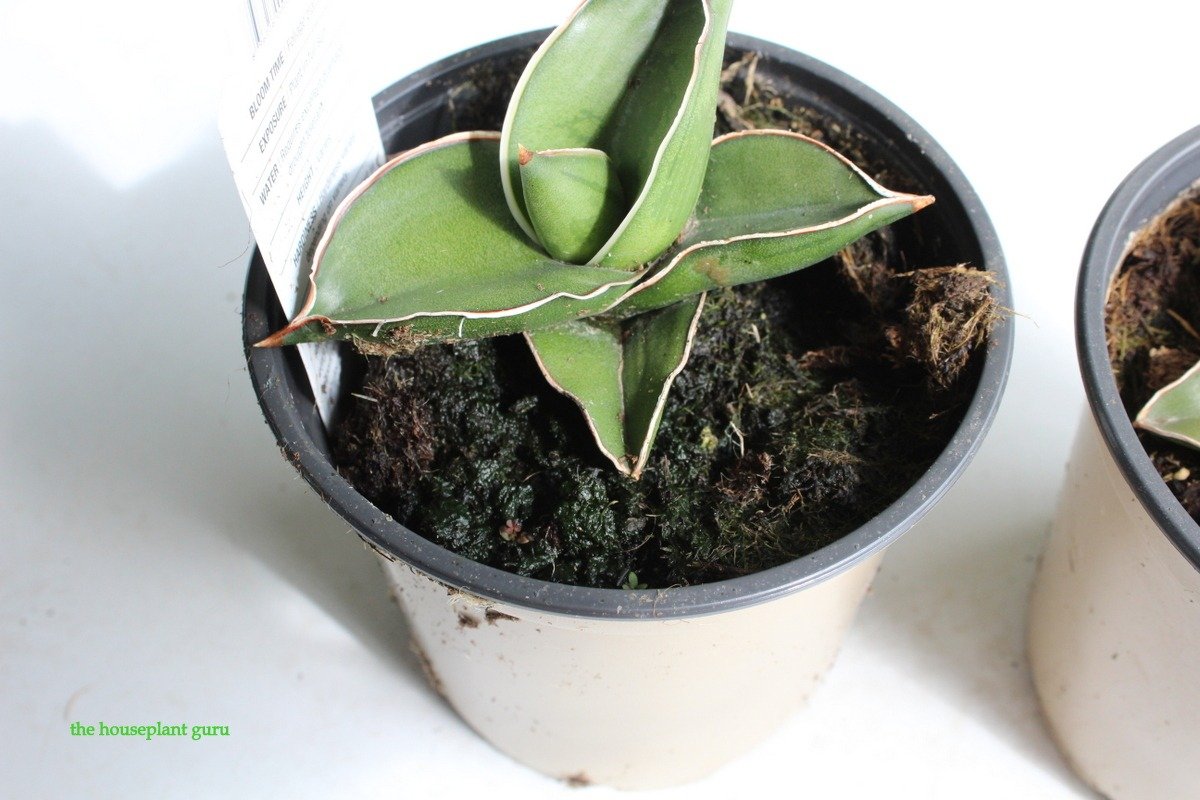 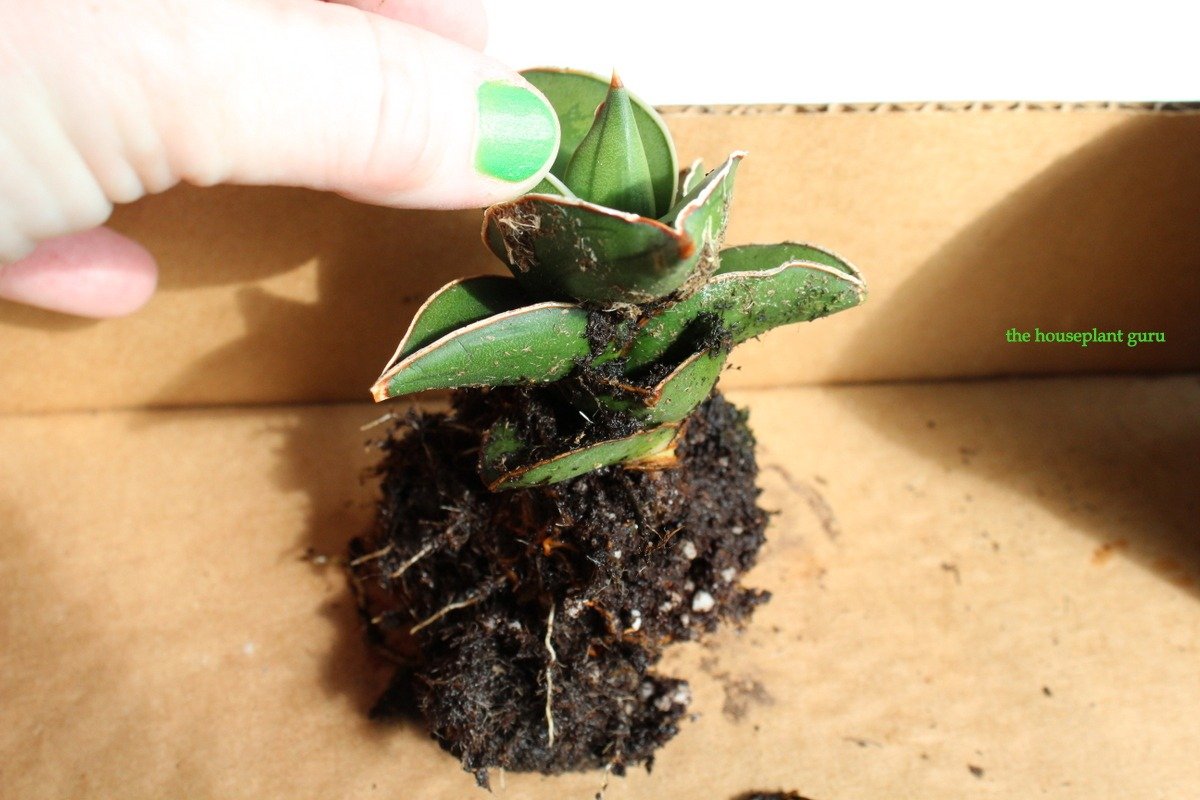 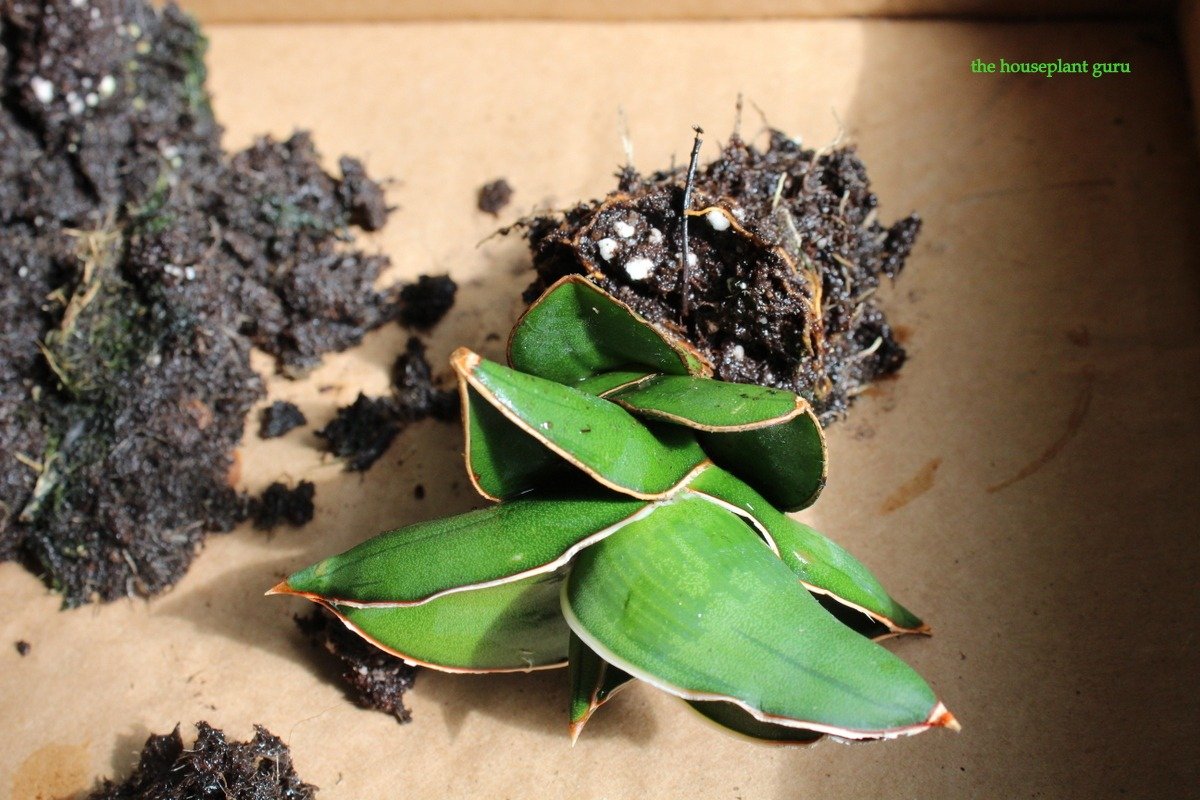 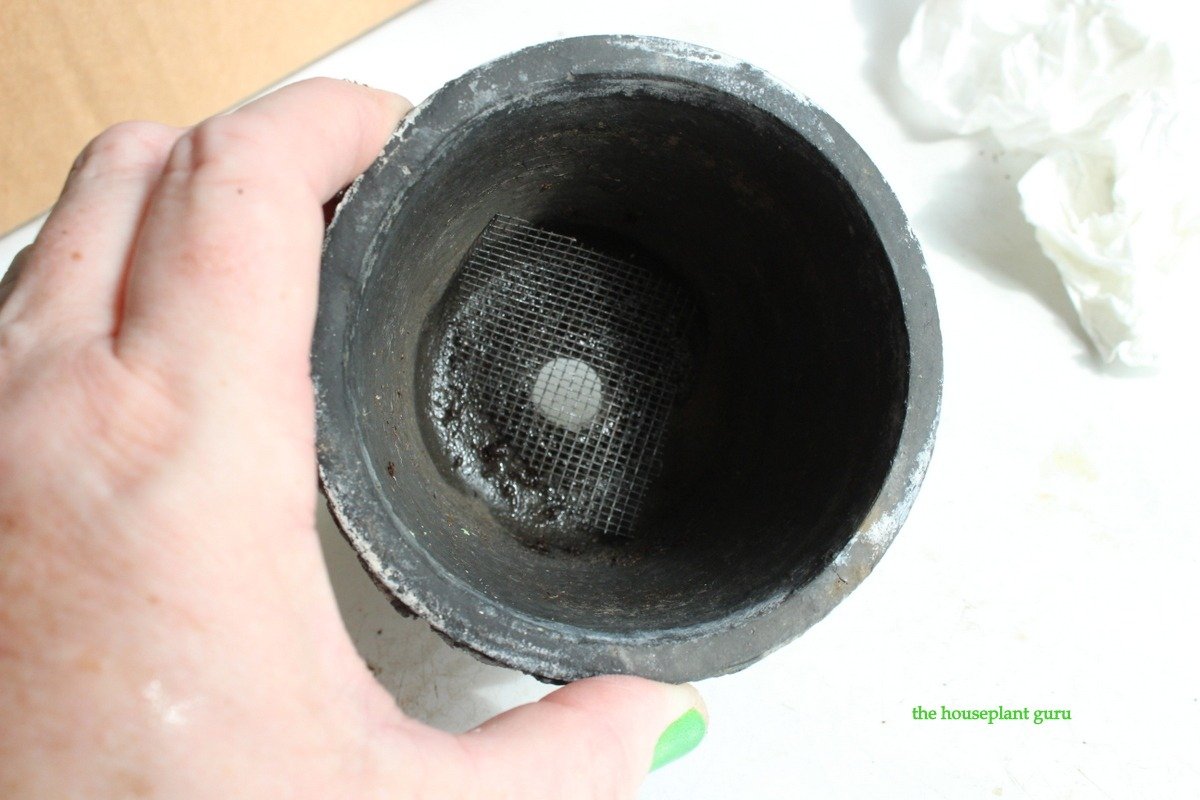 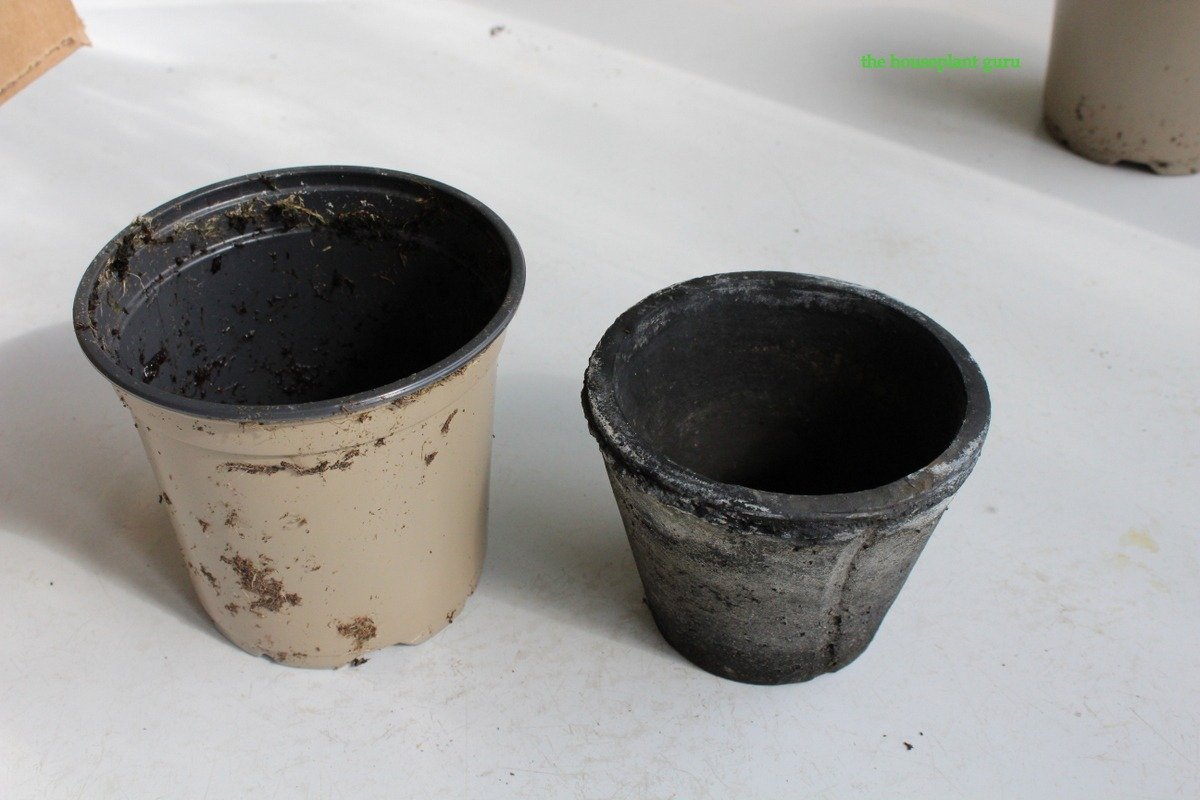 So, when re-potting, up-potting, or “down-potting” make sure you have chosen the right size pot for your plant and also the right potting medium. The medium used for these succulents is coarse and quick draining. I don’t want the roots to rot in a medium that is too heavy. 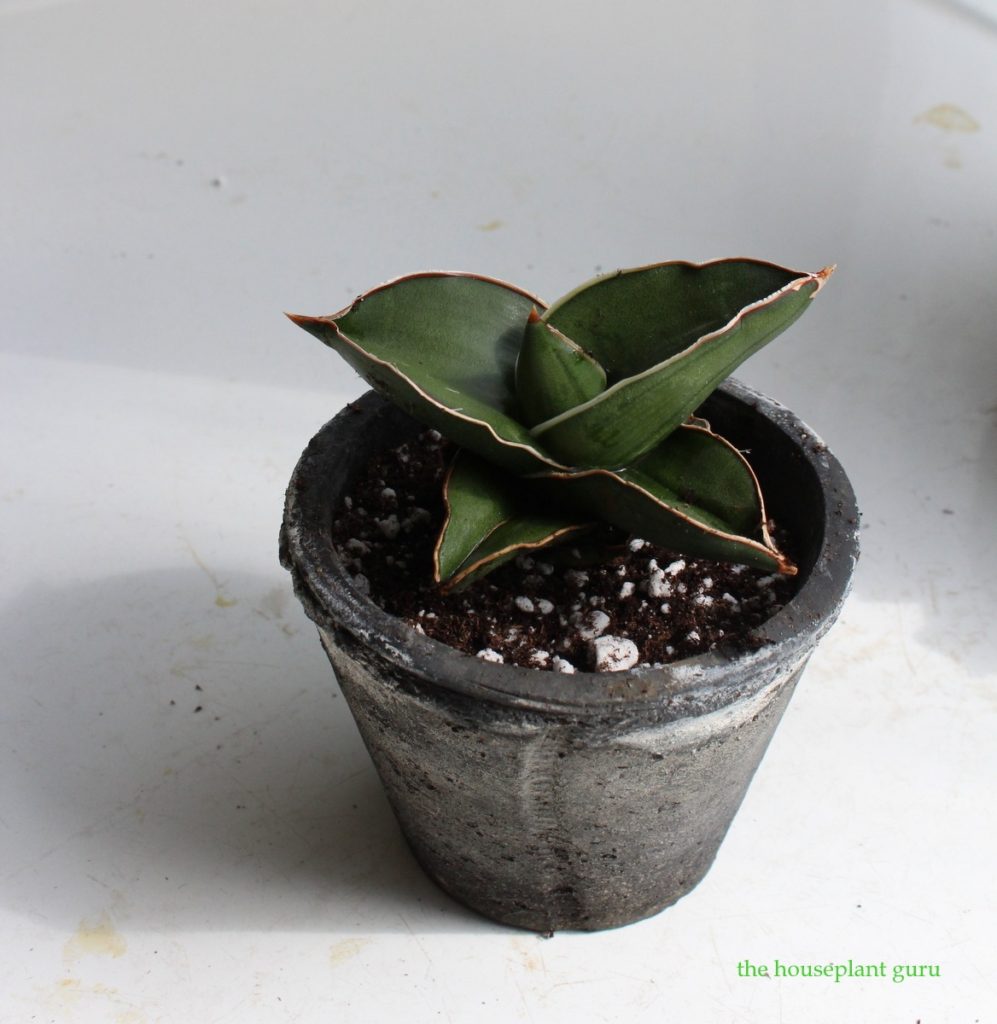 The next plant I purchased was the Ming asparagus fern or Asparagus retrofractus. This plant is extremely root bound and had to actually be cut from the pot. If you find you can’t get the plant to come easily out of the pot, you may need to cut the pot off or if it is in a ceramic or clay pot, you may need to actually break the pot. Asparagus ferns have very large roots and can quickly fill a pot. The roots of this one was deforming the thin plastic pot and so I had to cut it off. I chose a pot that is approximately 1″ larger than the pot it was in. Because they have such prolific root systems, I could have potted it in a bit larger pot, but I like this one and I can up-pot it again next year. As a rule, do not up-pot a plant into a much larger pot. Gradually move the plant up to a larger pot, only choosing a pot one size larger at a time. A 4″ plant would go into a 5 or 6″ pot and a 6″ pot up to an 8″ pot, and so on. If a plant is up-potted to a too large pot, the plant cannot fill the new pottting medium quickly enough with new roots and it may rot the existing roots, and the plant will die. Water the plants in well and then allow the medium to dry down before watering again. 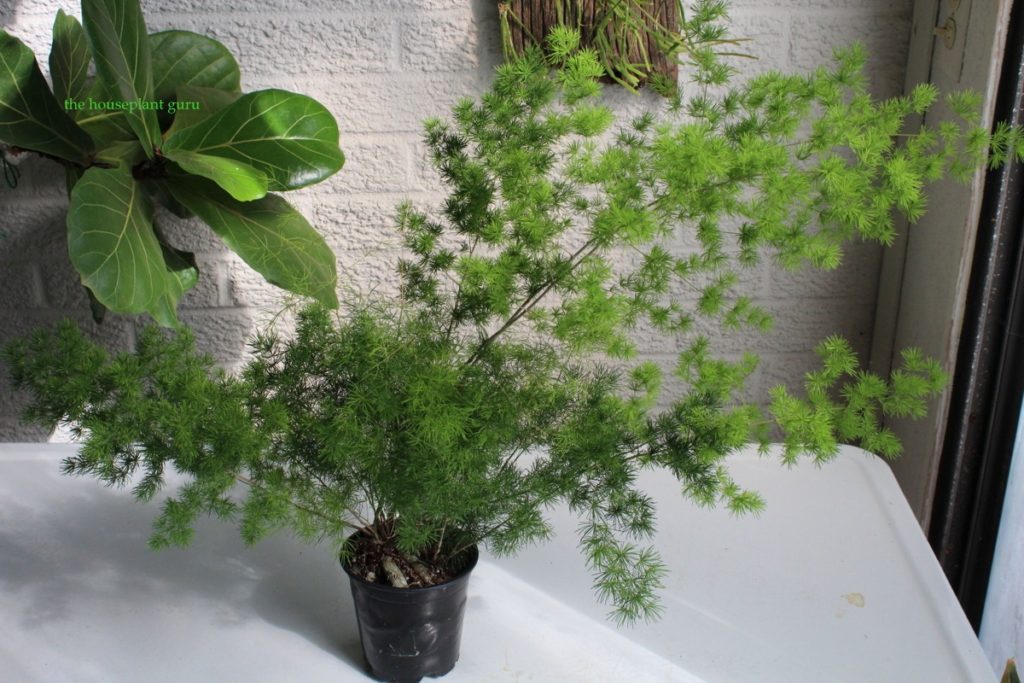 Asparagus fern that is extremely rootbound 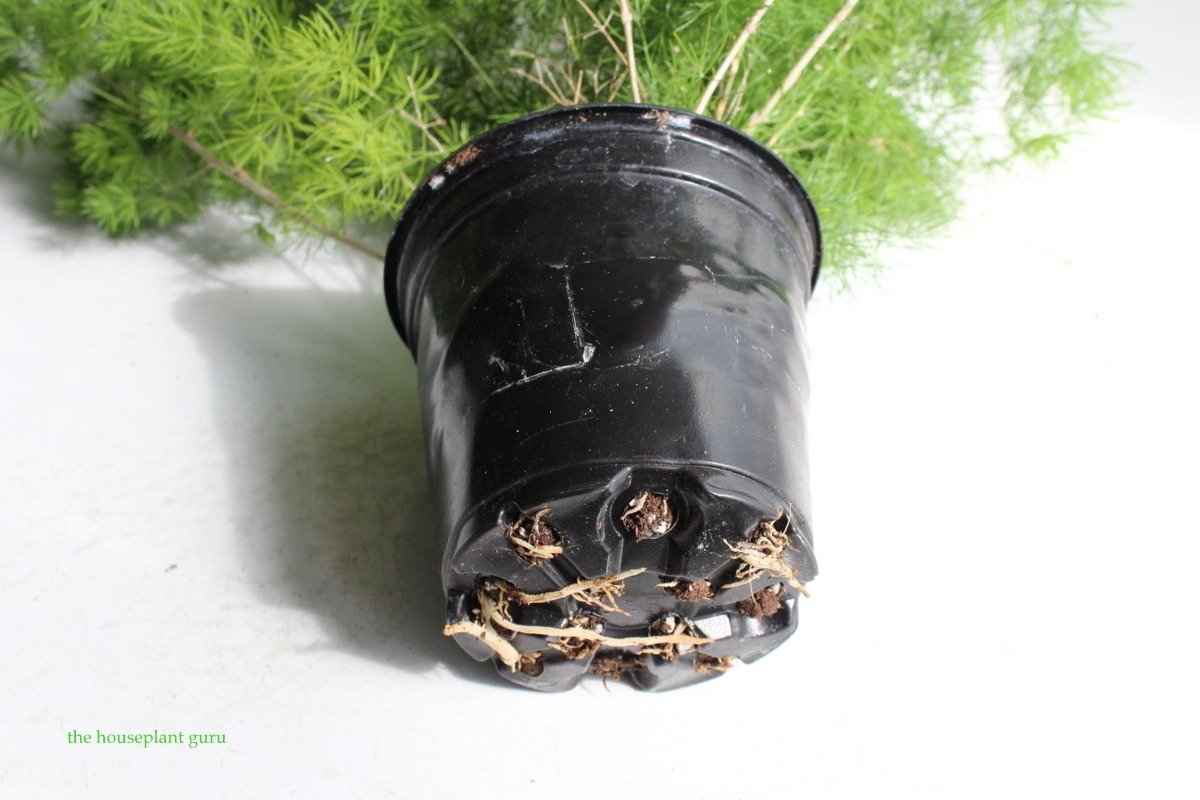 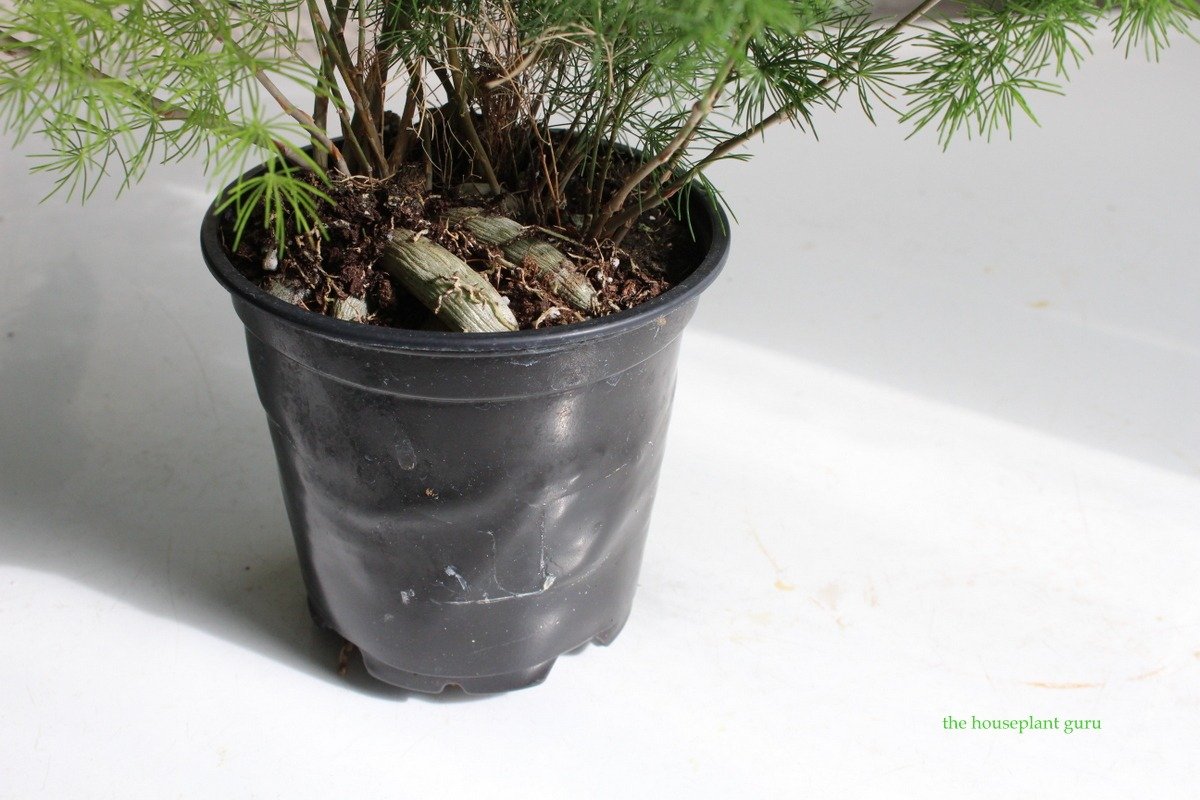 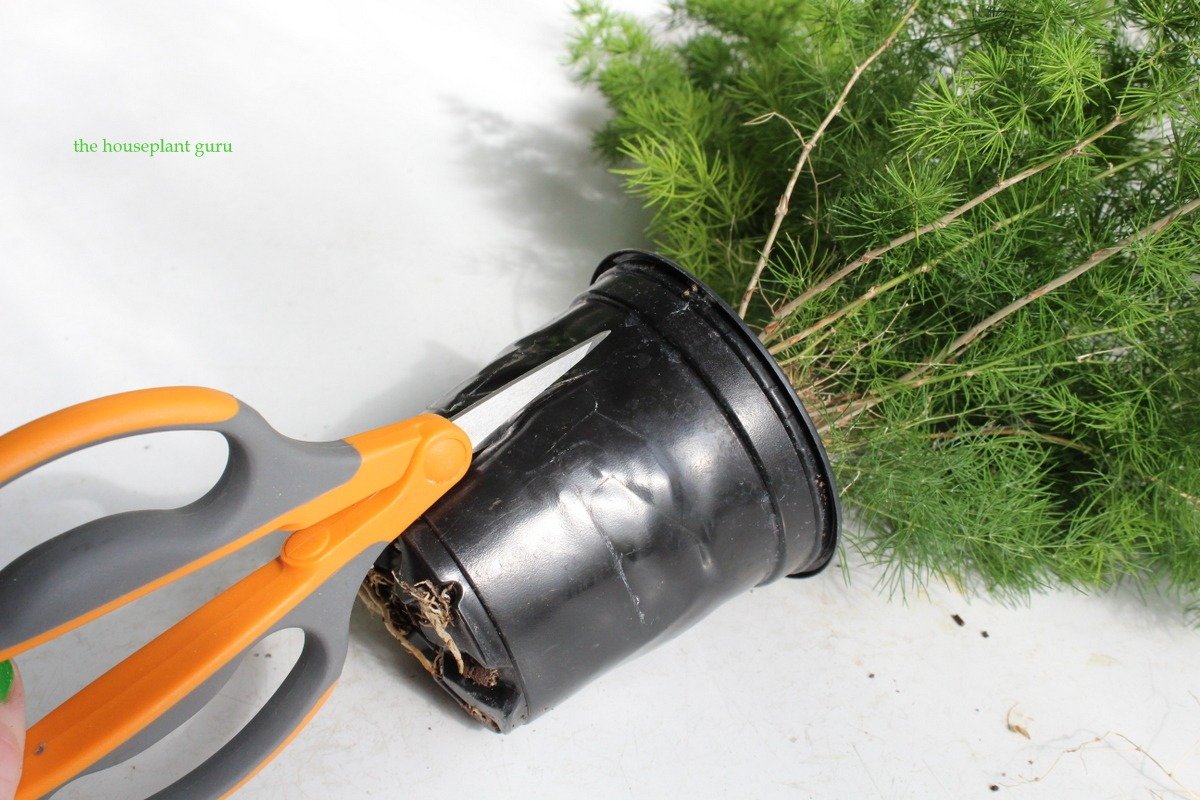 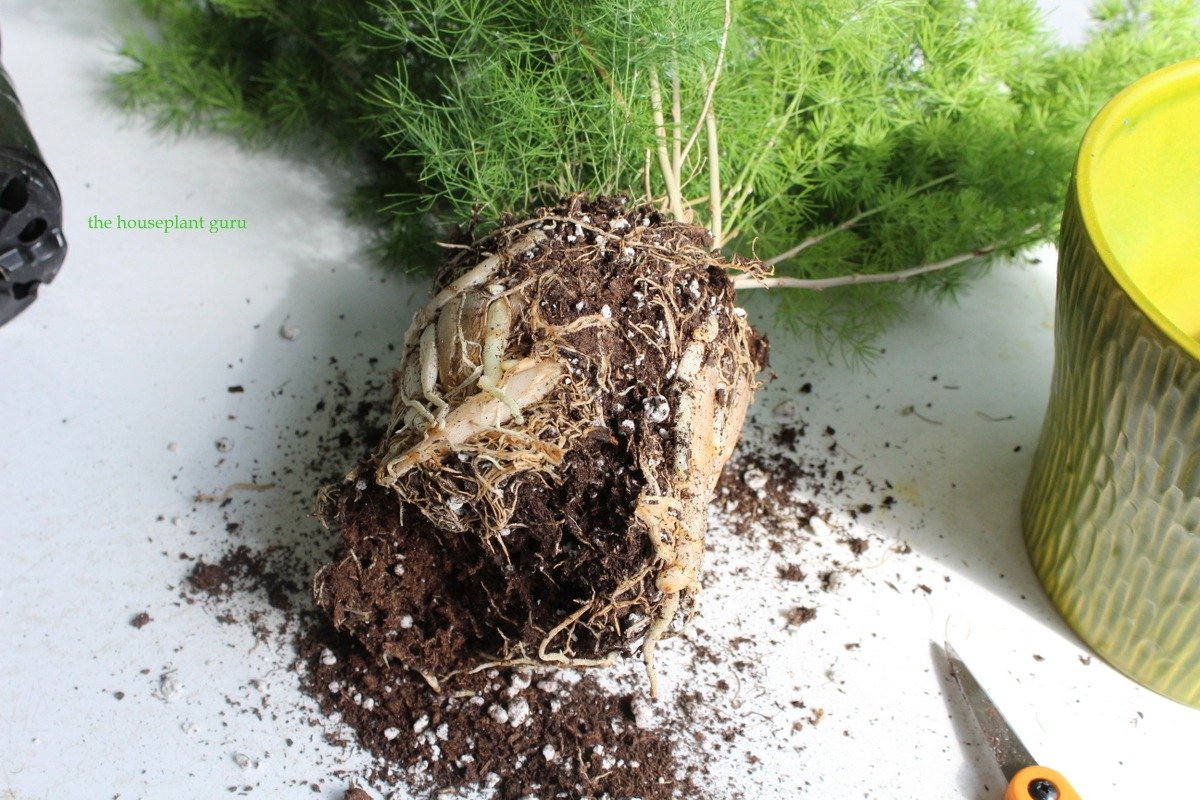 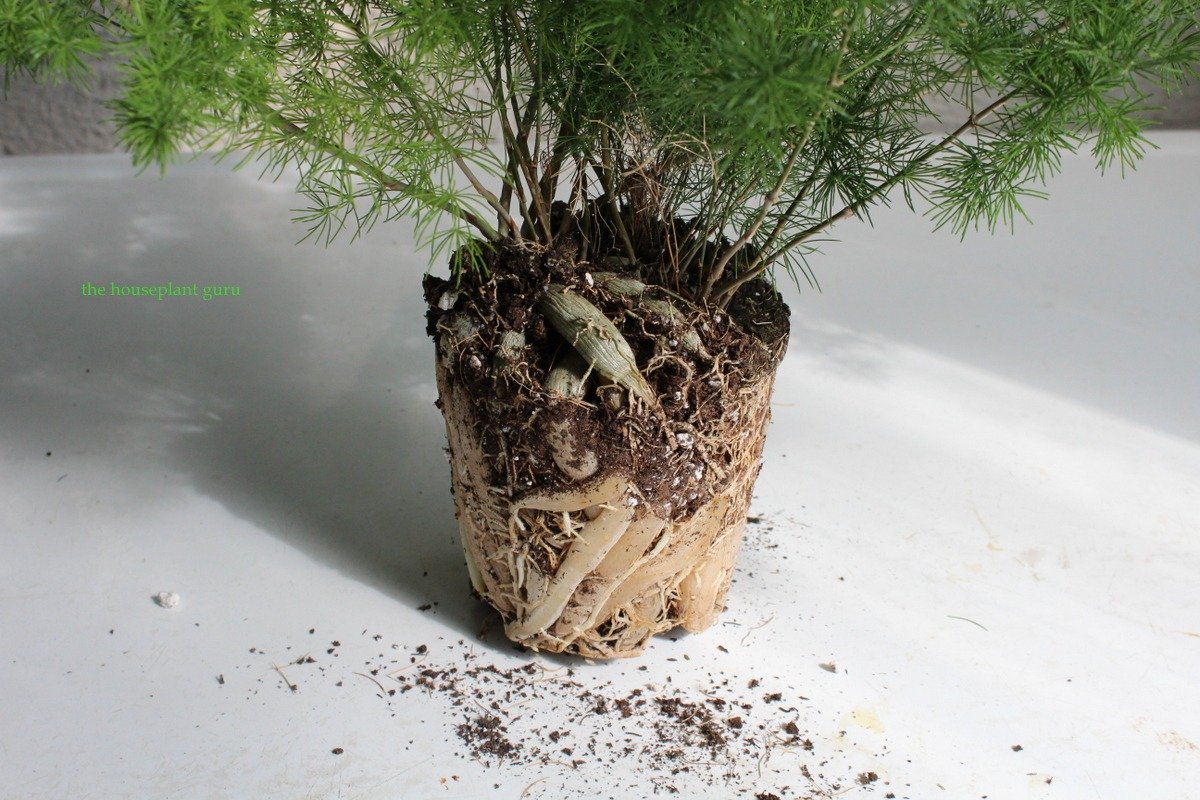 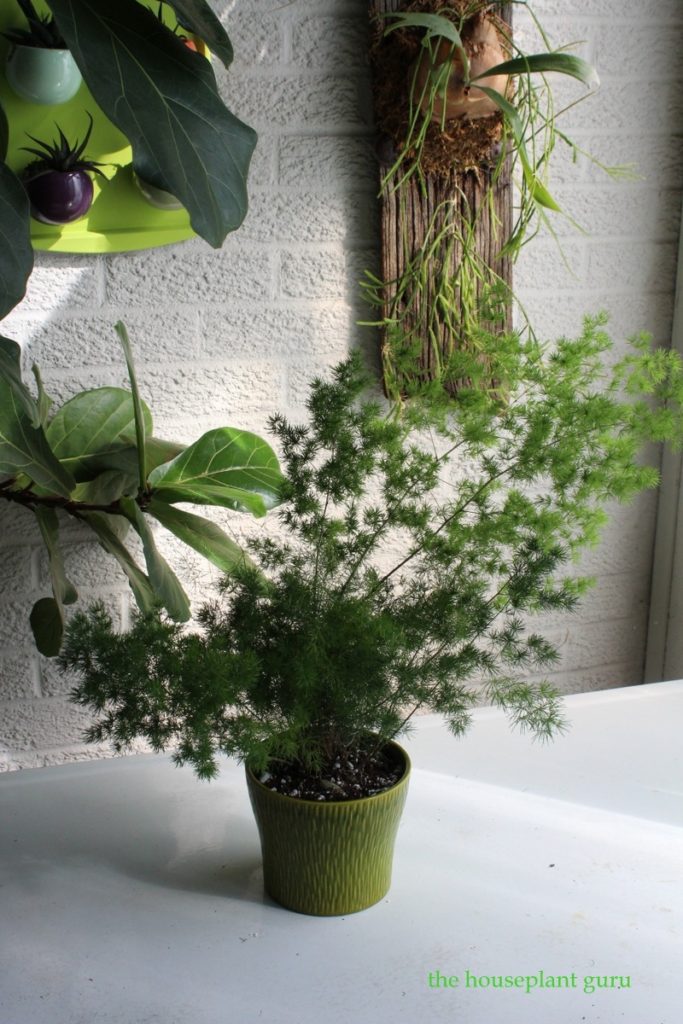 Take time to pick the right container and the right potting medium for your plant when re-potting and your plant will reward you with new growth. A healthy, well grown plant is a sight to behold! 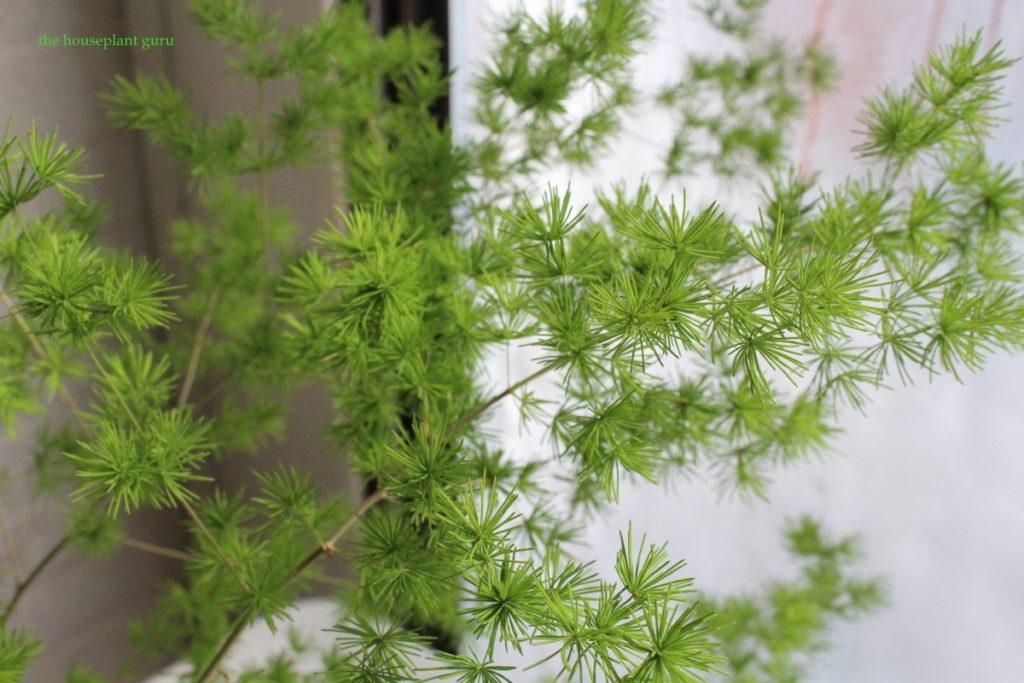