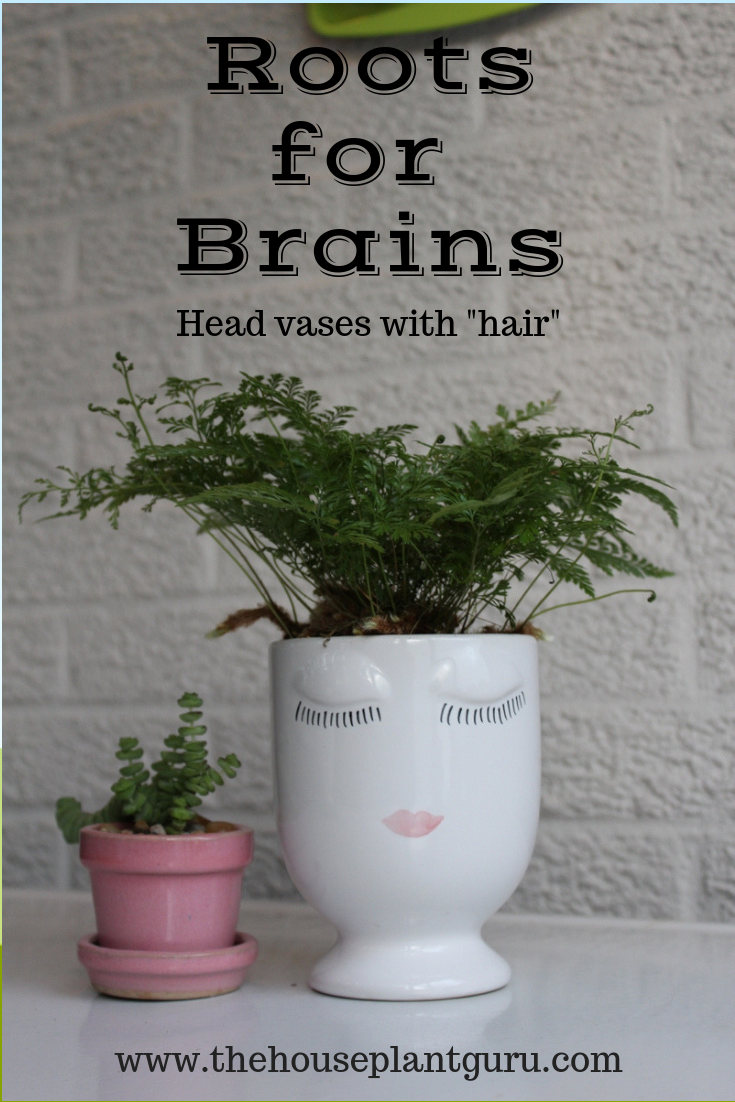 I only have 3 head vases, I don’t go out of my way to collect them, but have inherited these. After reading up on them I found they were used for floral arrangements in the 50’s and 60’s. The one on the right was my mom’s and she remembers that she received it from her mom full of flowers when one of my brothers was born in the late 50’s. Now it is even more special to me. I’ve also discovered that there is a head vase convention. Many people collect these and one lady has upwards of 3000 in her collection. Wow! (I do collect houseplants, so I get it.) In the 70’s their popularity waned and not many were made after that. I see that there is soil residue in mine so people also put houseplants in them. I have never planted anything in them. They sit on a shelf and stare off into space. 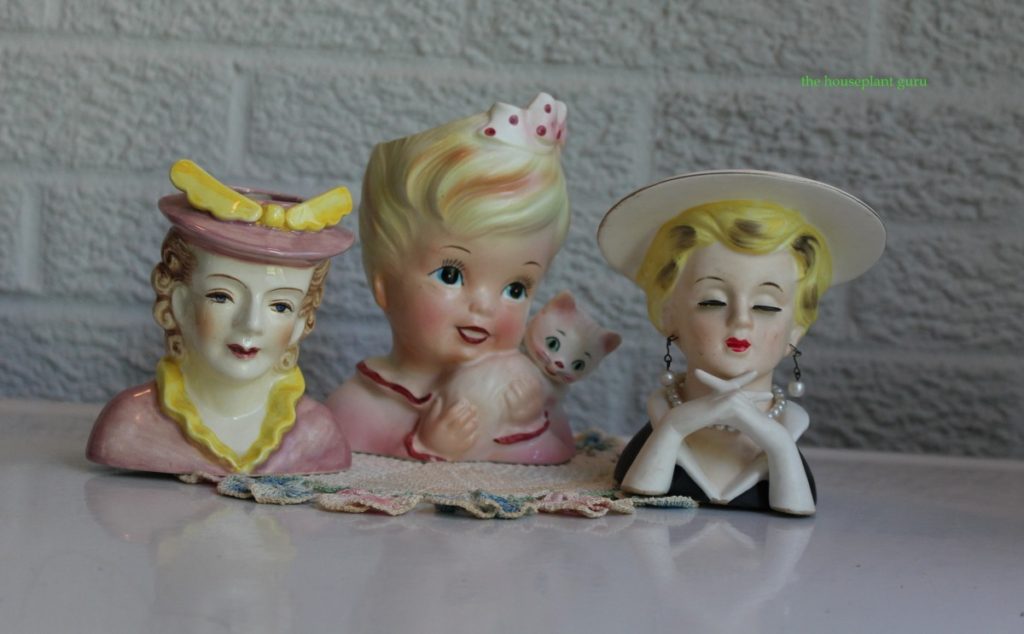 Fast forward to 2017 and new head vases are on the scene. I bought my first one at Target not too long ago and I love it. It states on the bottom it is a planter/pencil cup. If it is to be used as a planter, (which of course at my house, it is), it needs to have a hole drilled in the bottom. It is porcelain, so how it that accomplished? A diamond tipped drill bit is the best way I’ve found to drill a hole in pots without one. Masonry bits work but it is a much slower process. 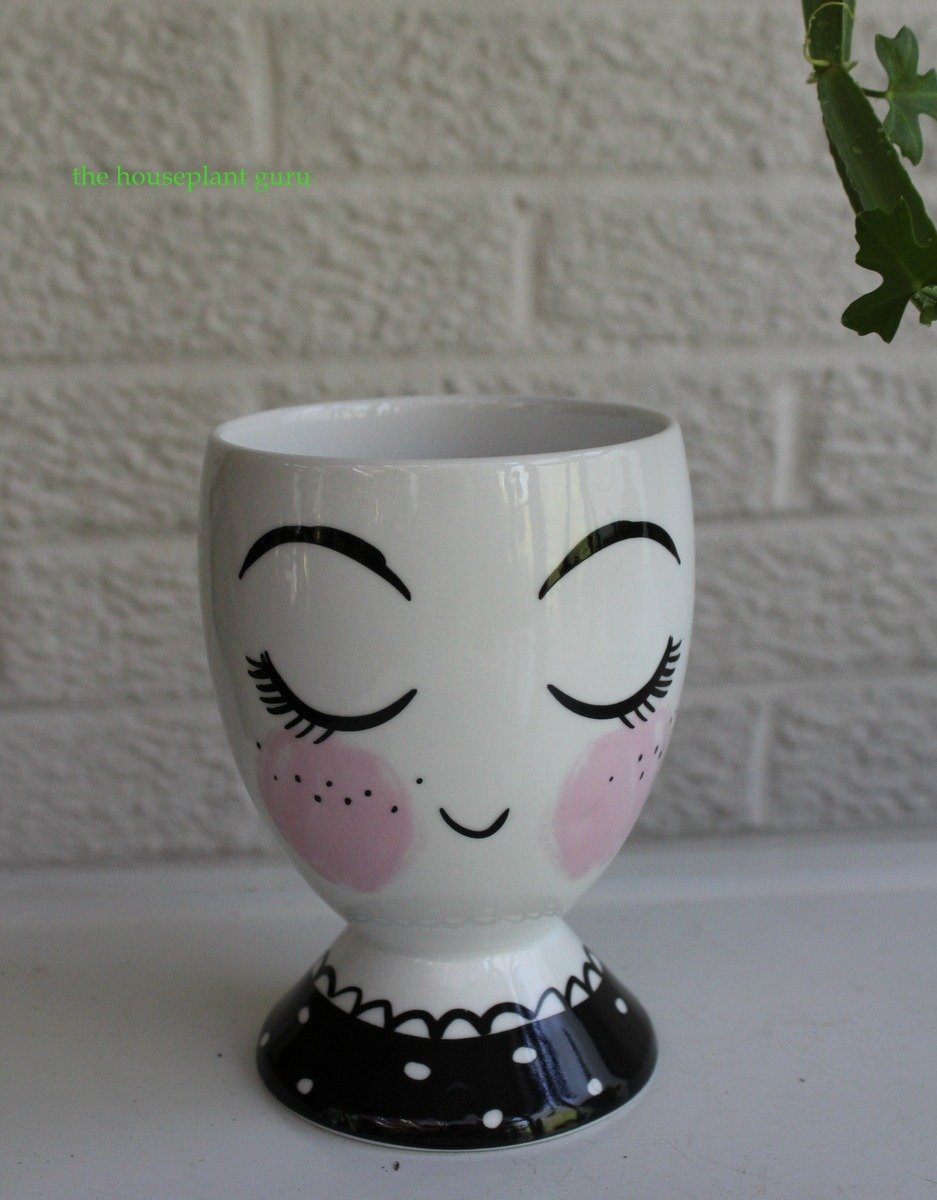 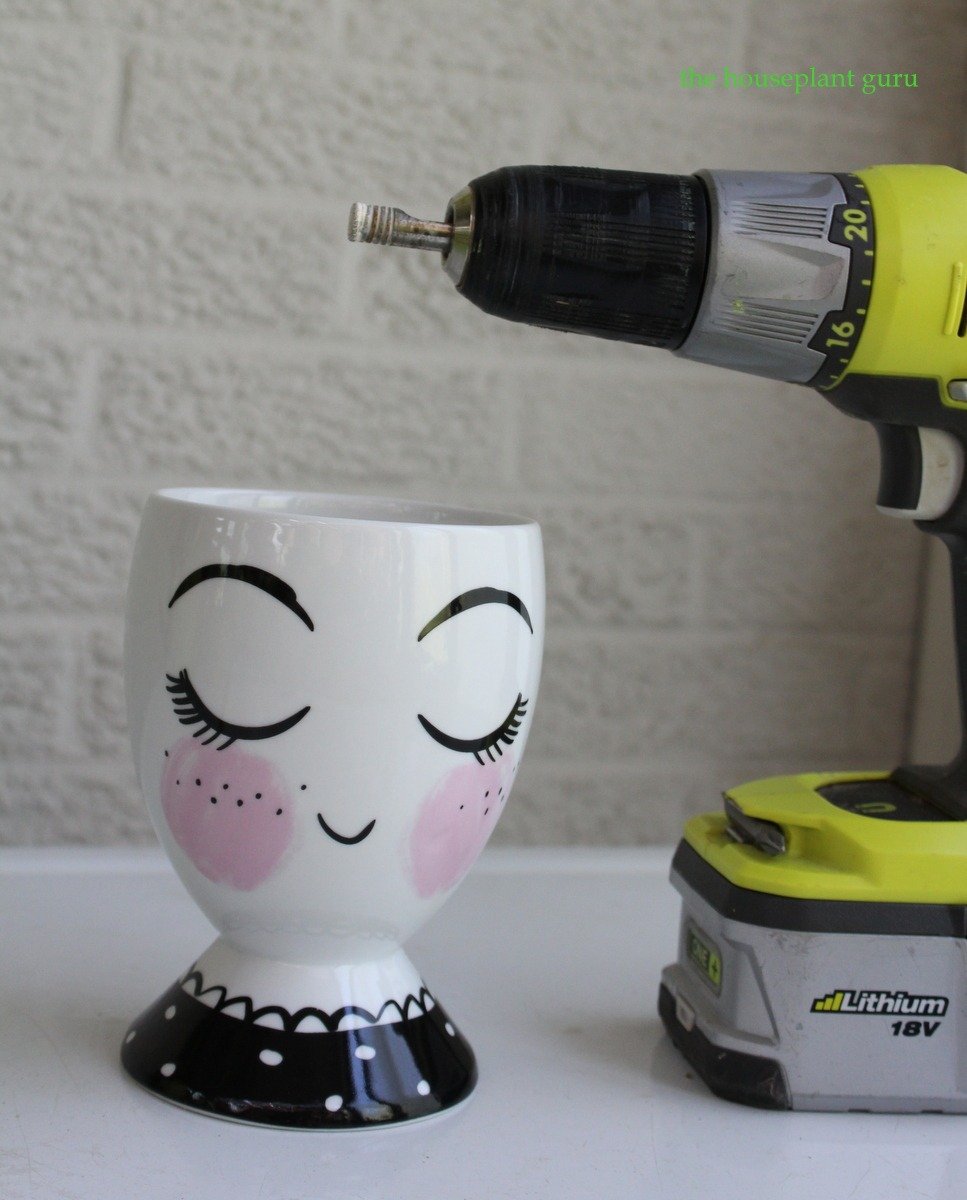 When using the diamond tipped drill bit, the container being drilled into needs to have water running on it to keep the bit and container cool. I usually drill the pot in the sink so I can run water on it while I’m drilling. I put a towel down to make sure the edges of the pot do not get damaged. This pot took a long time to drill. As you can see from the plug, it was a very thick pot. When I’m done, before planting, I add a piece of screen to keep the soil in and let the water out. If you do not want to drill a hole in any container, it can be used as a cachepot (pronounced cash-po). It is a French word which means “hide a pot”. Keep your plant in its utilitarian grower’s pot and place it in the cachepot. After watering, drain the cachepot, never allowing your plant to stand in water. 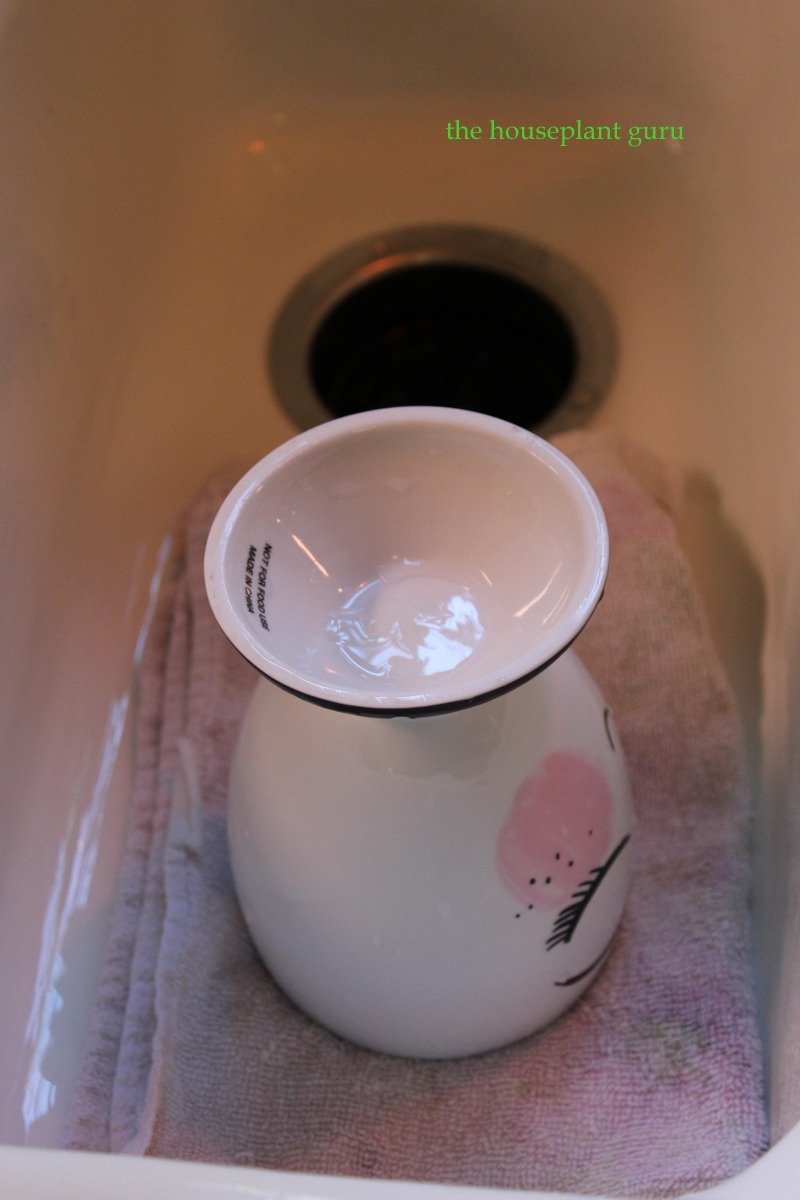 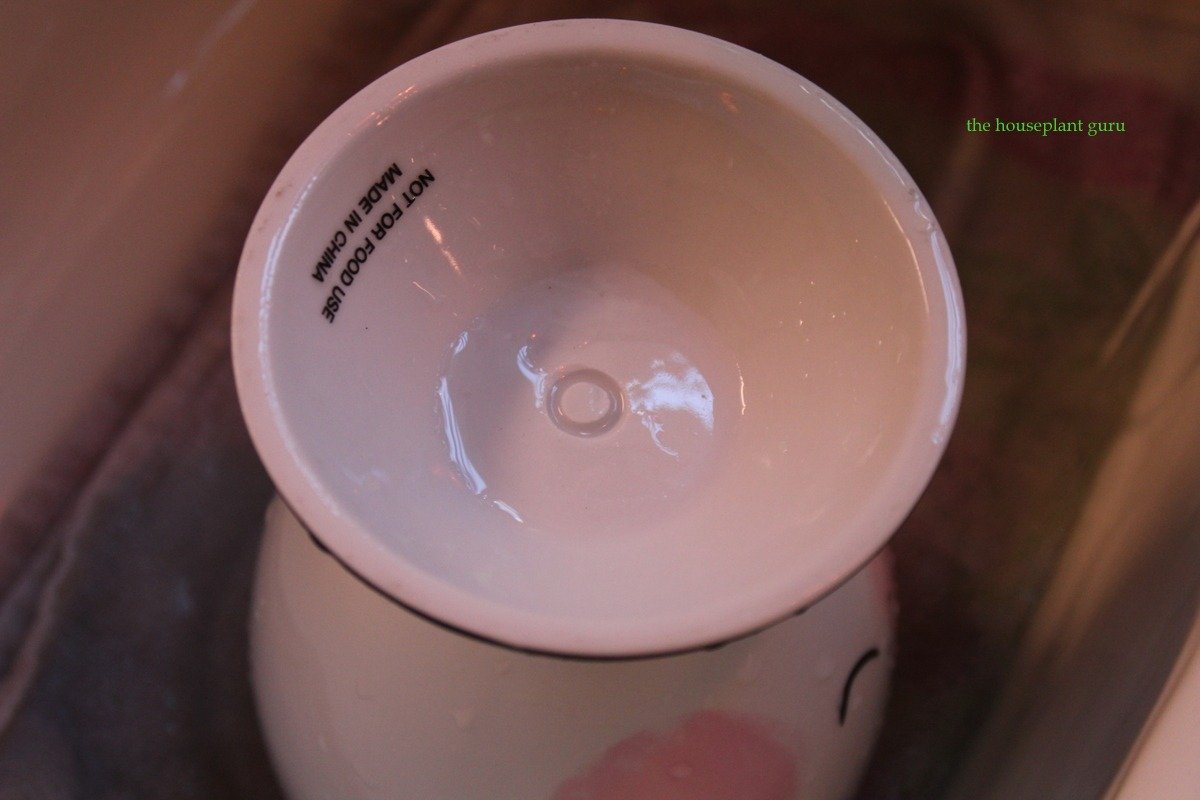 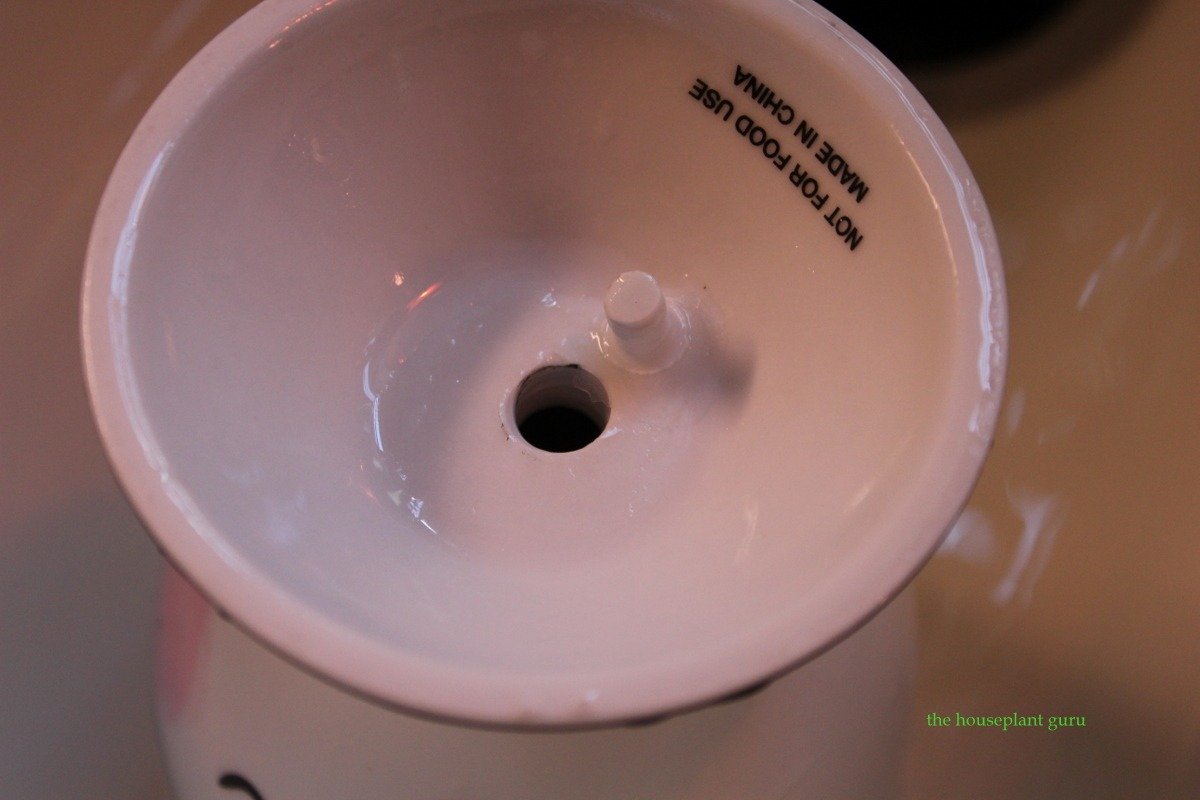 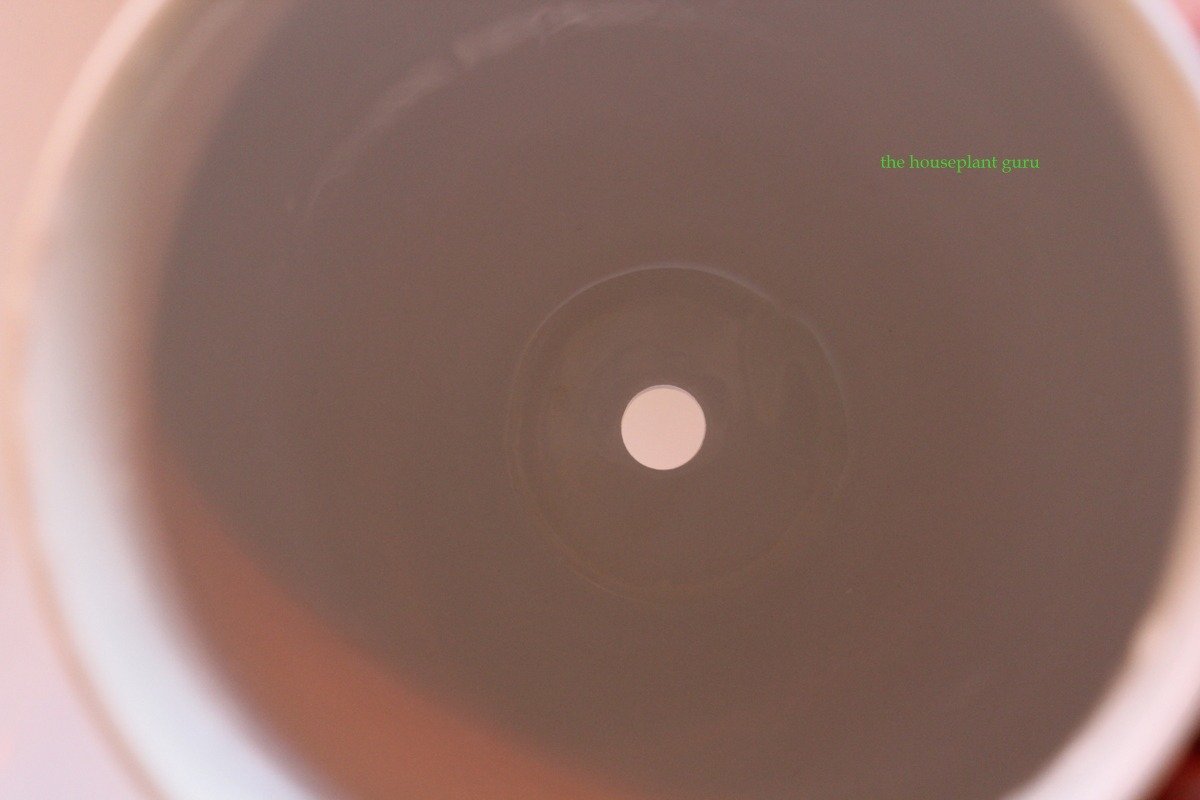 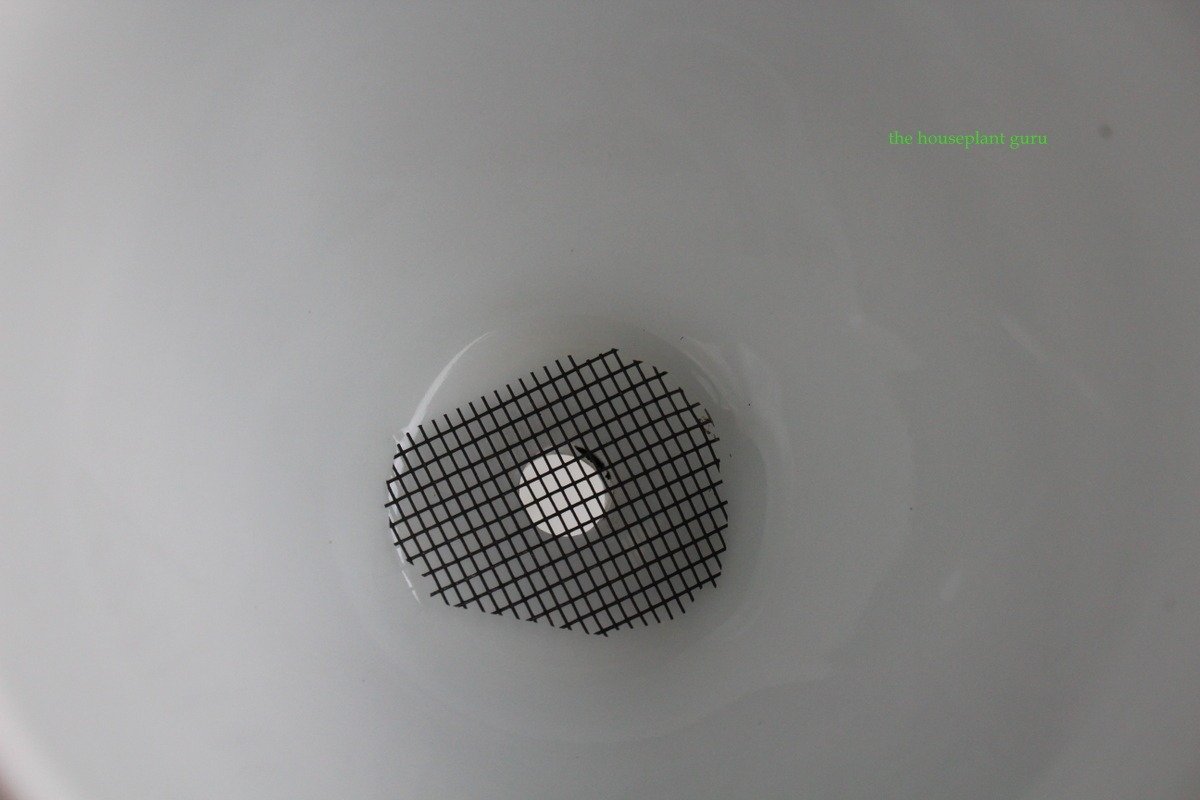 I put many different plants in the vase just to show you how different plants look in it. The “hair do” changes. If you use a tillandsia such as the xerographica in the first picture, you wouldn’t need to drill a hole. It just rests on top of the vase. I also tried a rabbit’s foot fern (Davallia fejeensis), the holly fern (Cyrtomium falcatum), a mini Boston fern (nephrolepis), and a succulent (gasteraloe). I left the gasteraloe in it. 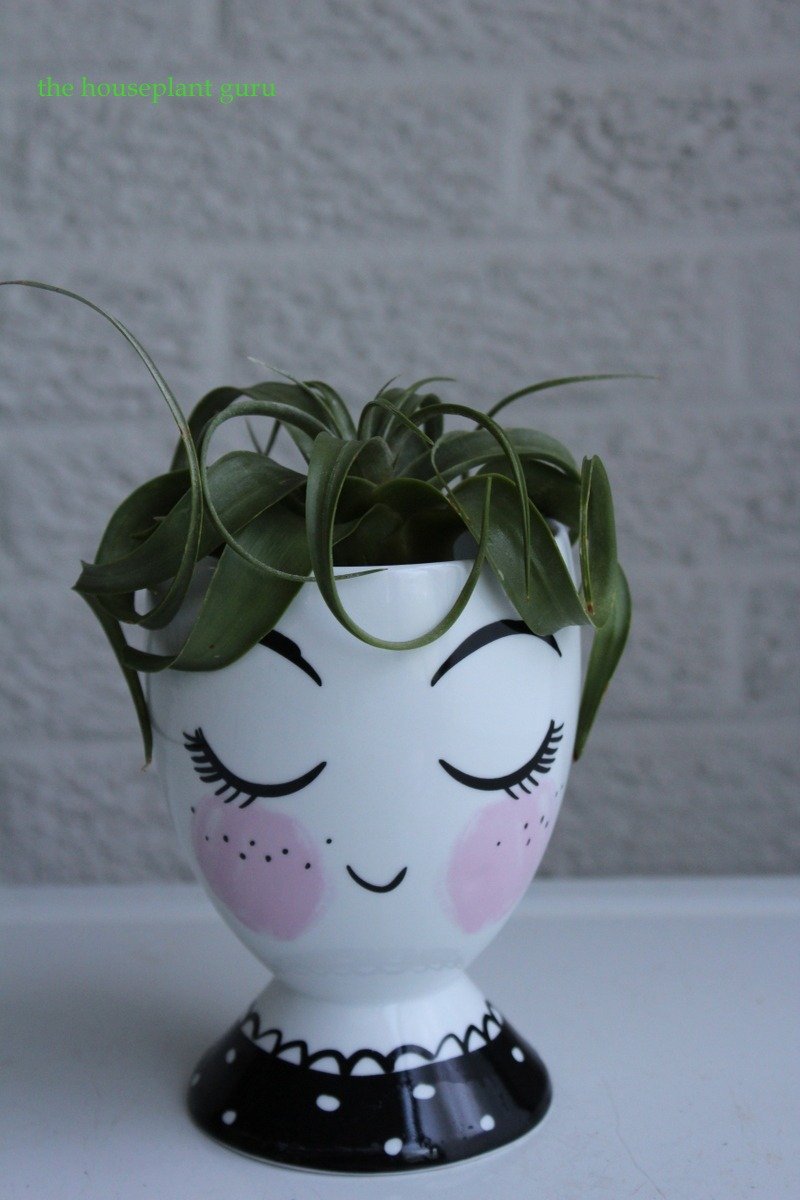 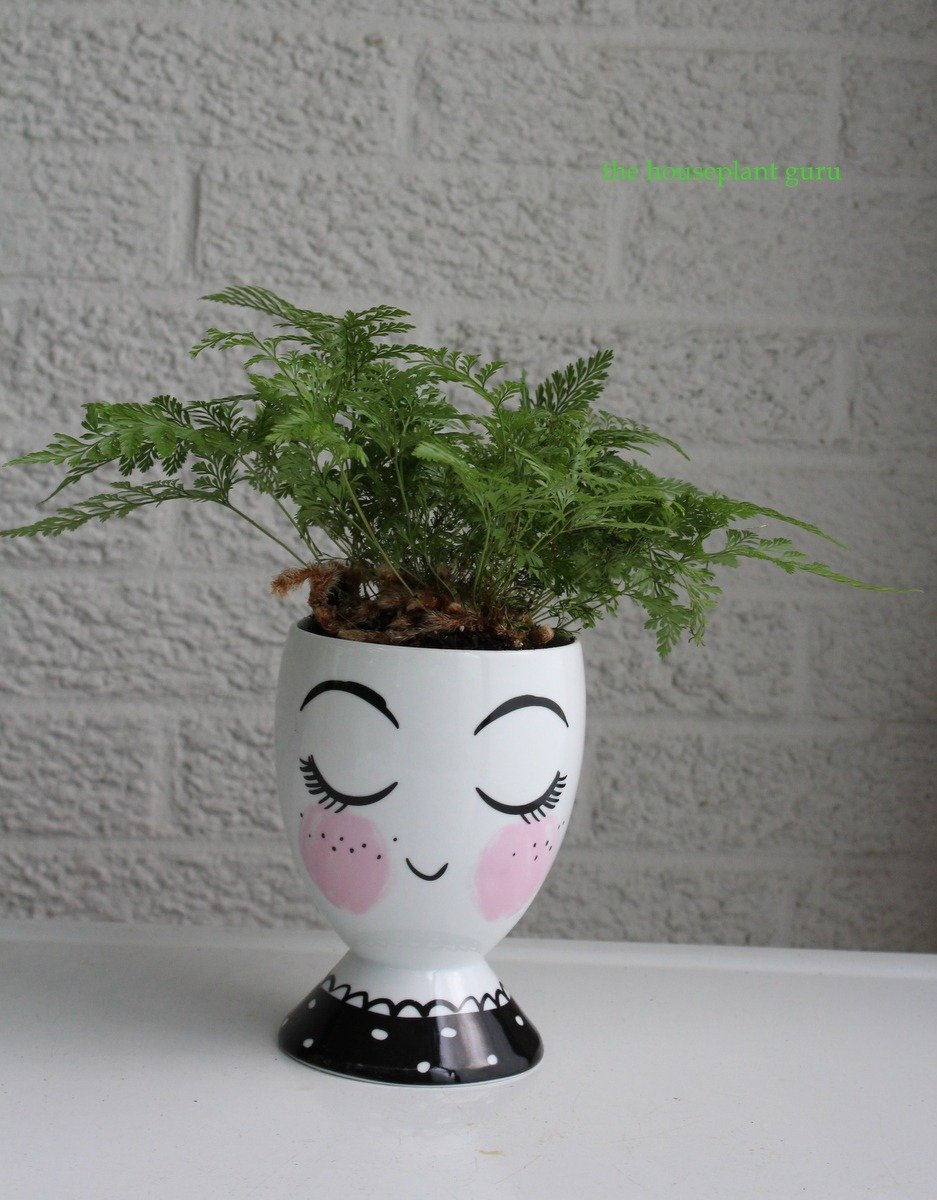 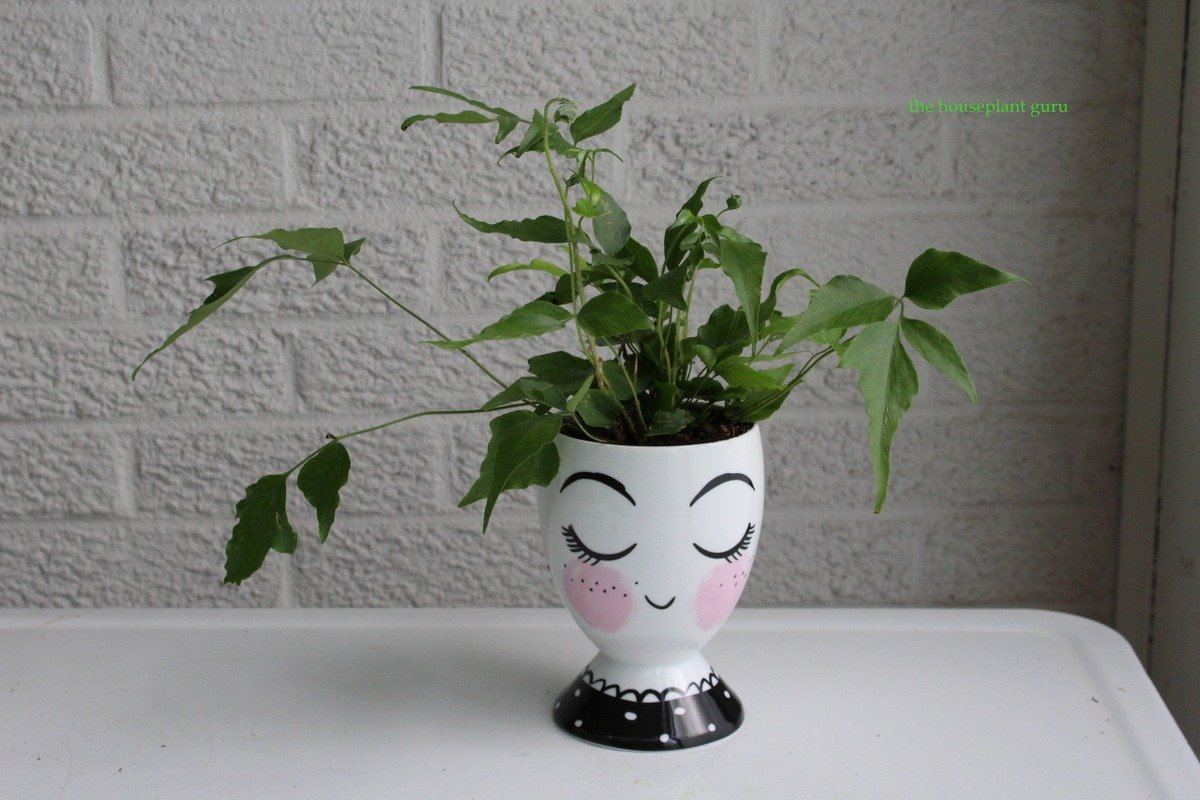 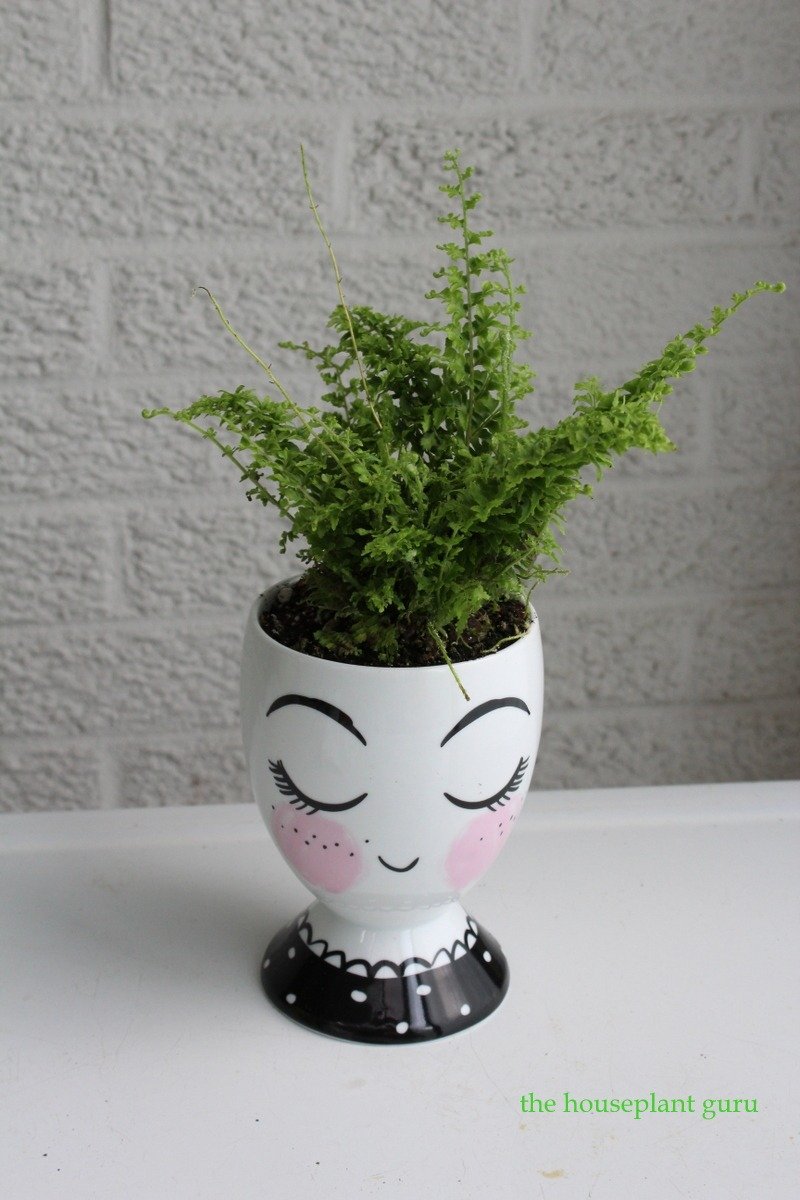 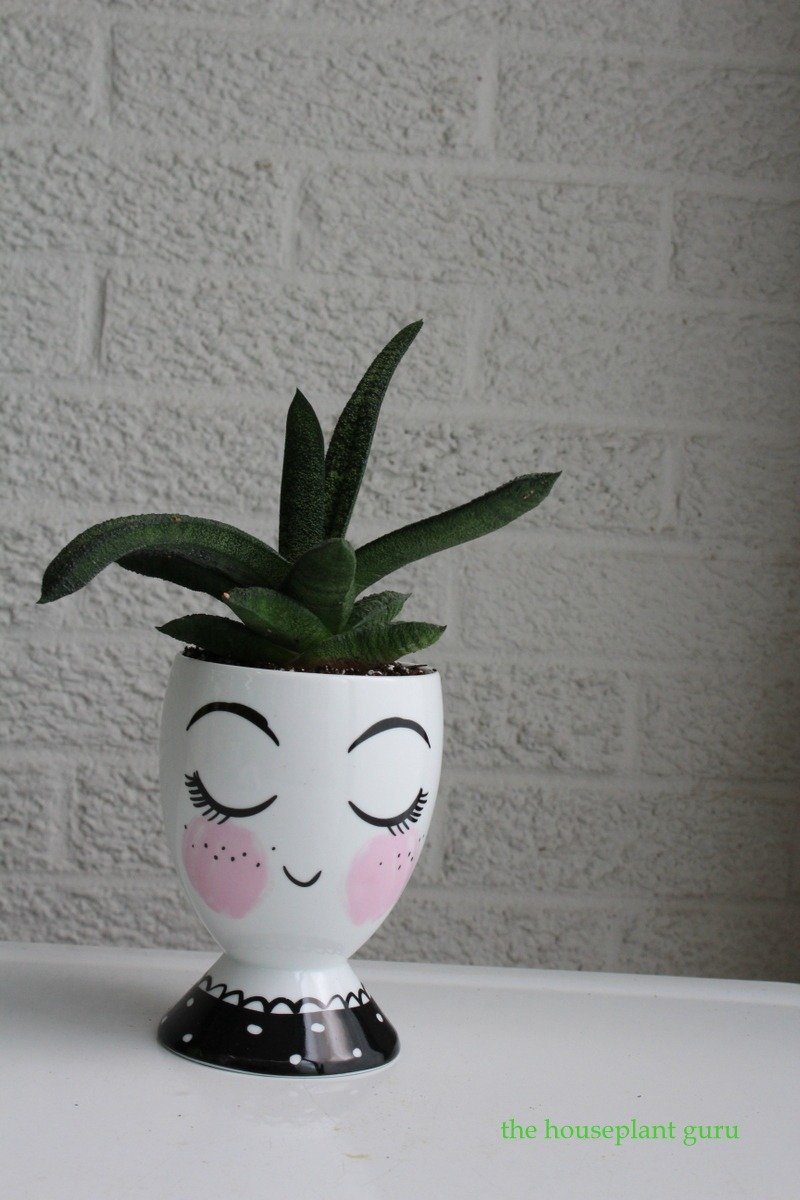 I bought another head vase at a market and used the rabbit’s foot fern in it. This particular one comes in a smaller size, as well. My daughter has it and there is a tillandsia in it. 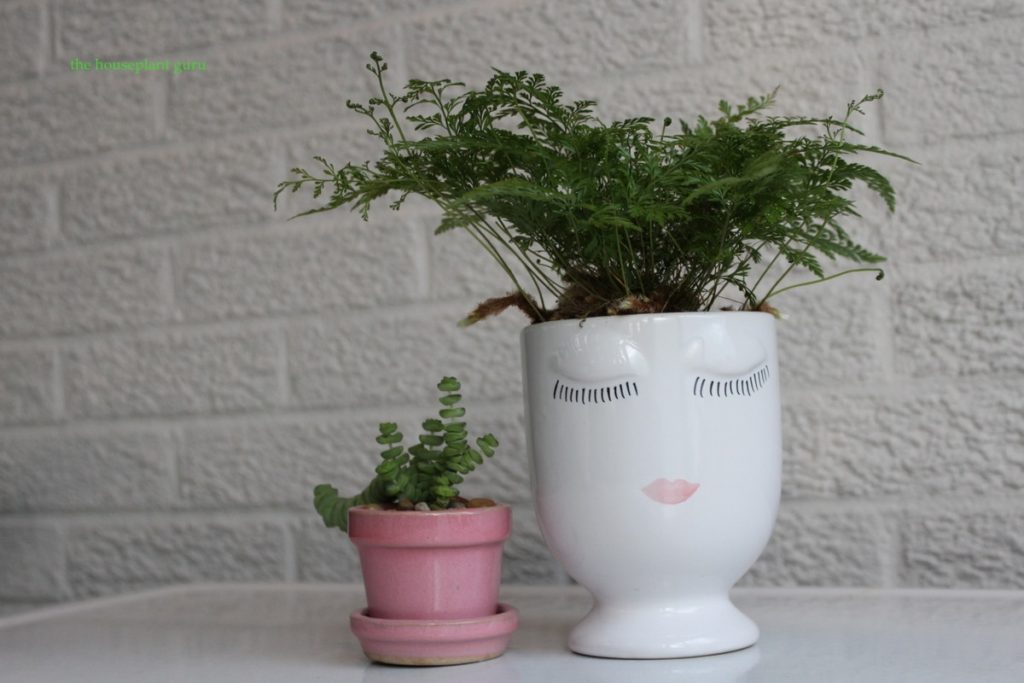 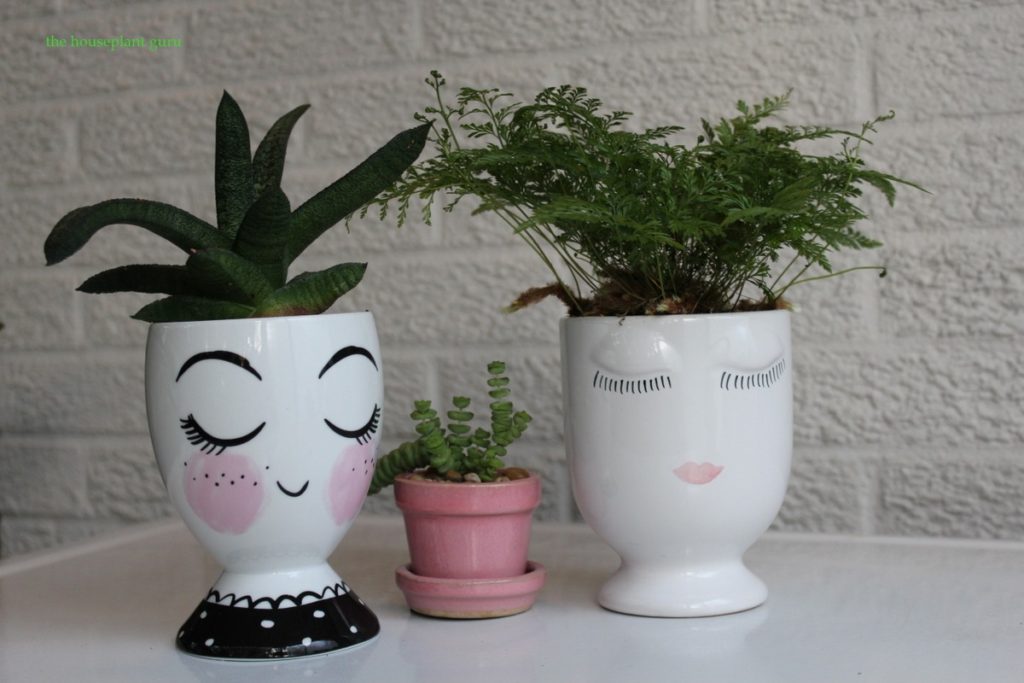 Below are the 1950’s vases and the 2017 vases. What a difference, but they are both still wonderful in my opinion. Do you have any head vases? Old or new? And what do you plant in them? Please comment below! 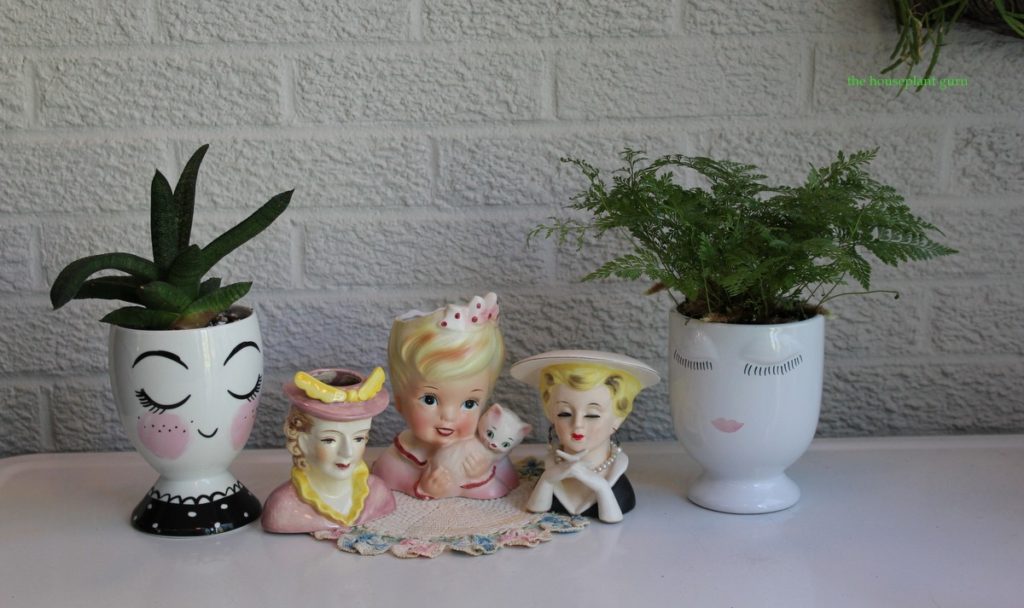 I thought I would throw in this last picture. I saw this yesterday on a garden walk. Head planters are out there and are ready to be planted with anything you think would make your “hair do” the best.

A head vase full of wooly thyme on a garden walk