Not A Moss At All 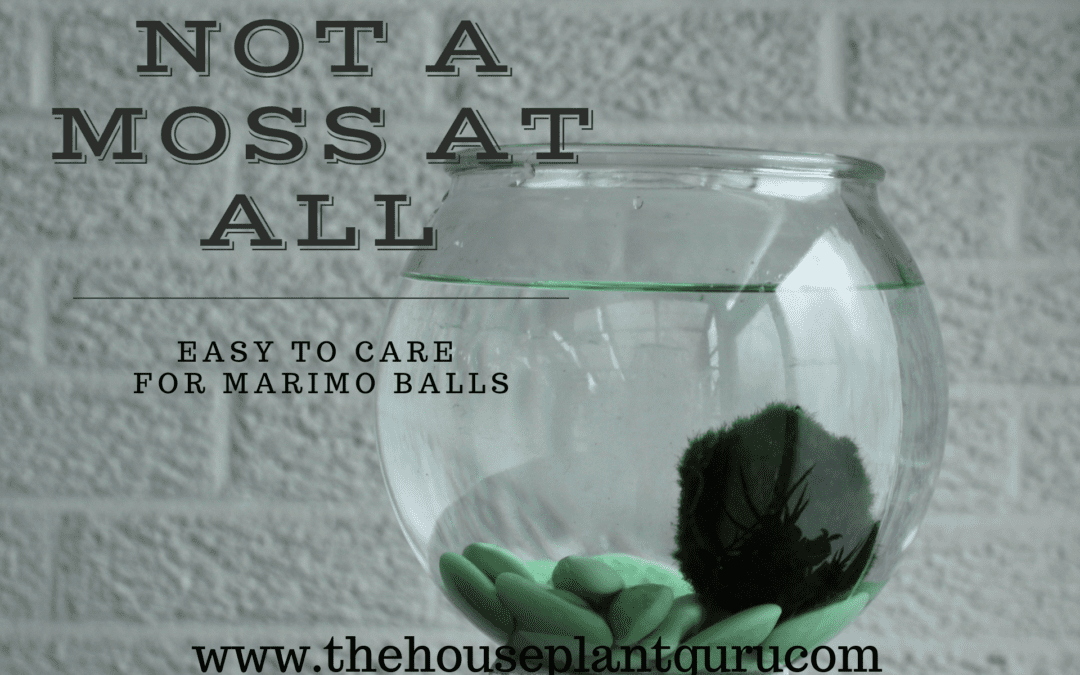 I bought my first Marimo or what I thought to be a moss ball, a couple of years ago at the pet store when I purchased a fish. It resided in the tank with my beta fish tank and it lived happily for a while. I had no idea how to take care of this small green sphere and I remember it disintegrated and I really don’t know why that happened. Anyway…….

I decided to try again. At the same time, I also decided to learn as much about these small green balls as I could. In the process I found out that they can live for over 100 years. I was sad it had died prematurely. Well, here we go again, and I will do better this time.I bought the new Marimo when I was in the pet store buying a new beta fish a couple of weeks ago.

I did some research on line and found out they aren’t moss at all, but a type of algae and it’s botanical name is Aegagropila linnaei. They naturally occur in cool lakes in Japan and Iceland where they are a protected species, as they are endangered. Marimo is a Japanese word which means “seaweed ball” and they are considered good luck. They are a solid ball of algae growing out from the center, they grow extremely slow, and in the home probably won’t grow any larger than a 2-3″ ball.

A container for it to live in

I decided not to put it in the fish tank, instead I found a glass container for it to live in. I have a coffee/tea carafe that Mom gave me years ago that had been in her basement. She said it used to sit on a base with a candle in it to keep the coffee warm. It is made by Pyrex and she thinks it was a 1957 wedding gift. (P.S. As I write this, I’m at my Mom’s house and I just made a sojourn to the basement to look for the stand. I haven’t found it yet, but may look again tomorrow.) 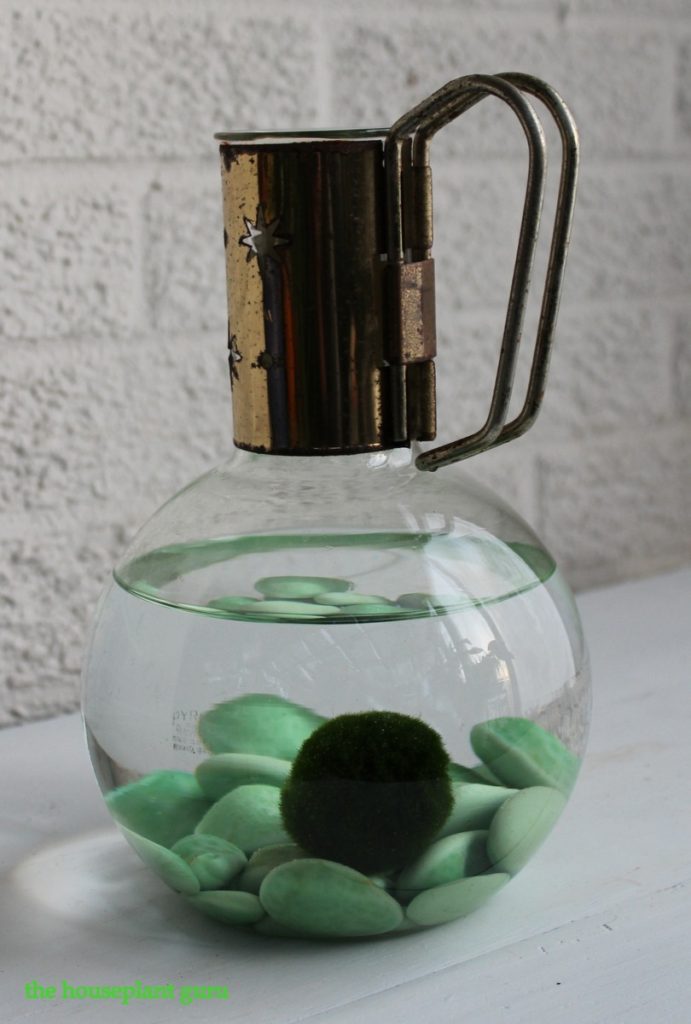 Easy to care for

These algae balls reside on the bottom of cold lakes and keep their round shape by the action of the waves. So it is beneficial to move the container they are residing in occasionally to allow them to move around and keep their shape. I just move the carafe back and forth to get it to roll along the bottom. It is also important that all sides of the ball are exposed to the light. If a side never gets light, it will turn brown. They do not need a high light situation, which may burn them, but low to medium light. Remember they are rolling around in the bottom of a lake where there isn’t a high concentration of light.

Every couple of weeks, change the water and if it is tap water with chlorine, let it sit overnight to allow the chlorine to dissipate. If your ball floats, it may have an air bubble in it. Squeeze it carefully to remove the air. It should then sink to the bottom. I find these Marimo balls to be so fascinating. If you have a pet or fish store near you, you should be able to find one for less than $10. If not, you can find them on line. I’ll keep you updated on mine and my search for the stand in the basement….. 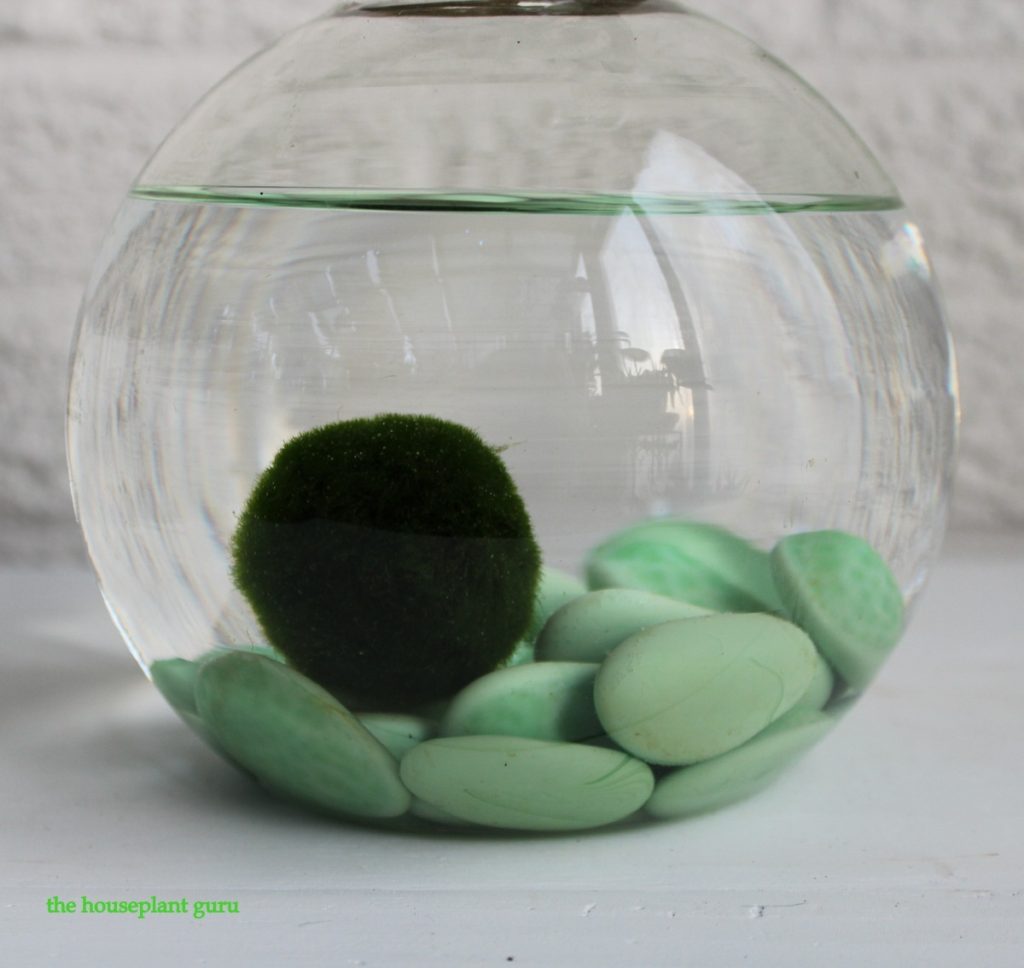 P.S. I never found the stand for the carafe, but did find a stand for a larger pyrex container. Also, I had to move it out of the carafe as it was geting too large to be able to get out of the carafe. I didn’t want to have to ever break it, so I moved it to a bowl, which you can see at the top of the page.