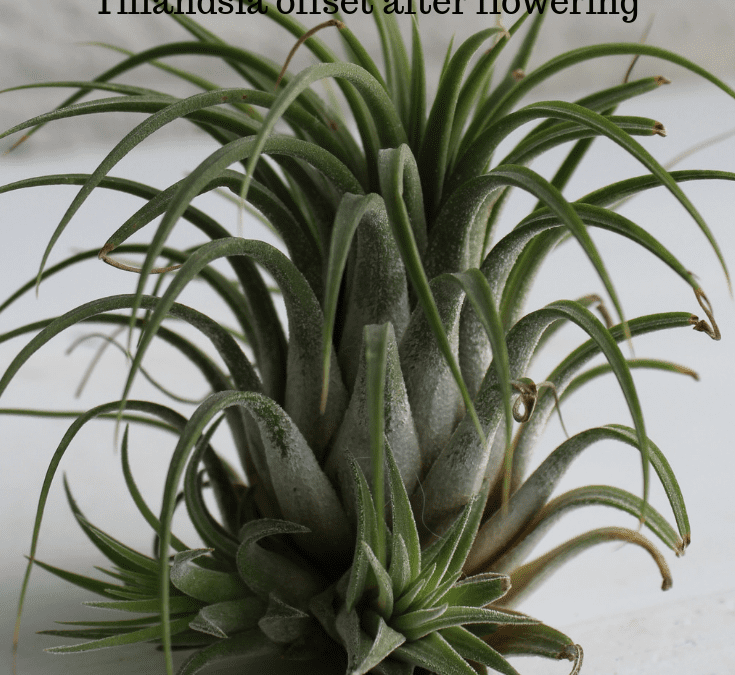 I am obsessed with air plants or tillandsias. They are hanging in the windows, (yes that is plural), growing under lights, in terrariums on the walls, and more. Of course, if you regularly read this blog, you know I’m obsessed with all houseplants. But today, lets talk about these easy to grow, rewarding plants, that thrive without any potting medium in sight and their ability to make babies by themselves.

I bought this large air (Tillandsia ionantha ‘Predator’)plant last January. It hangs in a west window where it receives plenty of light and I water it once a week by soaking it in water with my other air plants.(Let them dry upside down, so the water doesn’t sit in the middle of the plant and rot it.) By July of last year, it flowered as you see below. Isn’t it gorgeous?! 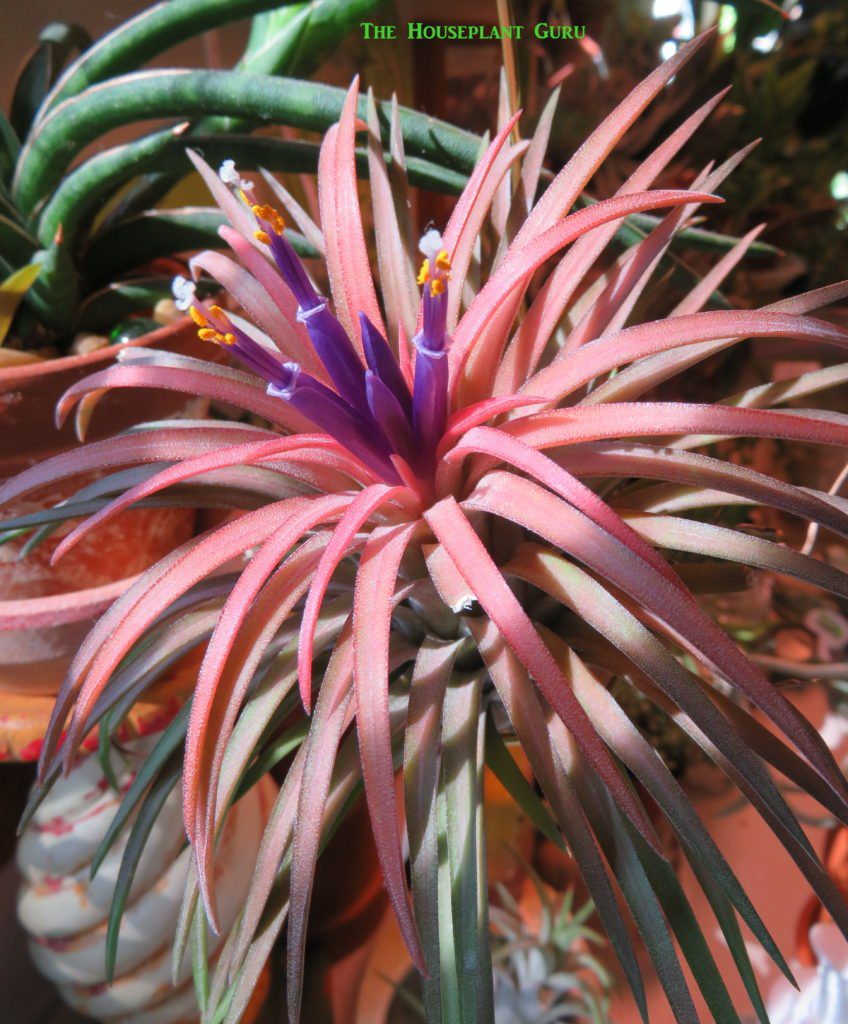 Look at the color of the foliage and those purple flowers. Wow! 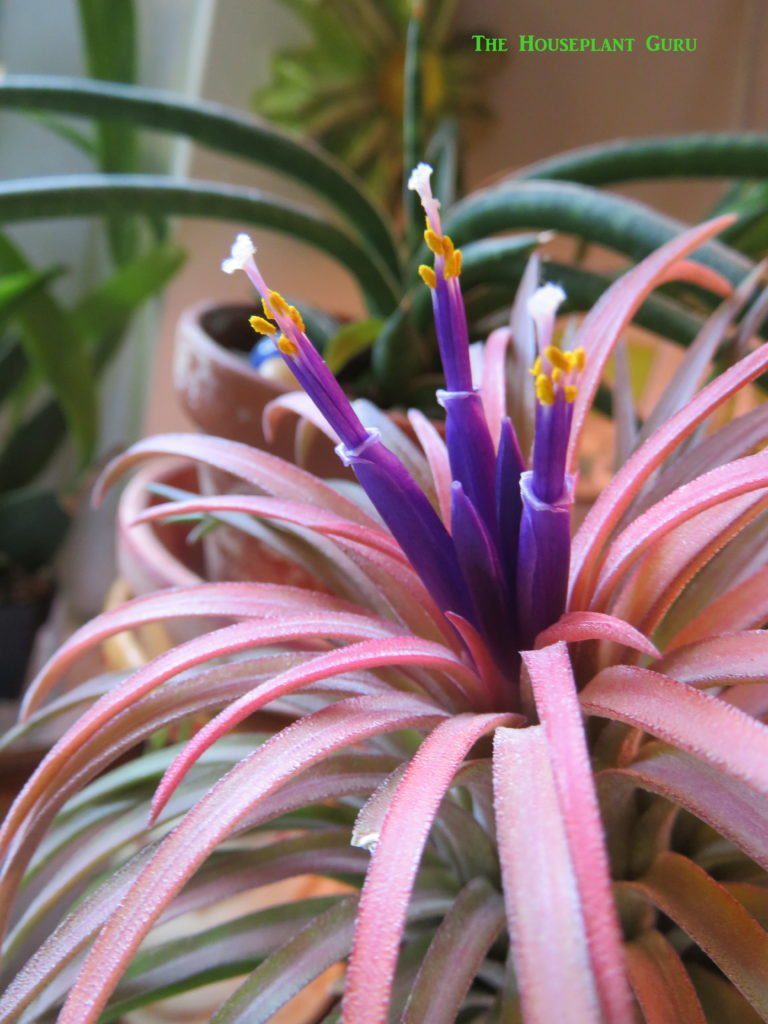 That was July 8 of 2016. The pictures below were taken February 3, 2017 and as you can see, the color is gone, but something else has appeared. A baby! Yes it is growing an offset or pup. That is what bromeliads (which tillandsias or air plants are) do. After blooming, they begin growing new versions of themselves. These are called offsets or pups and will eventually be the size of the parent plant. 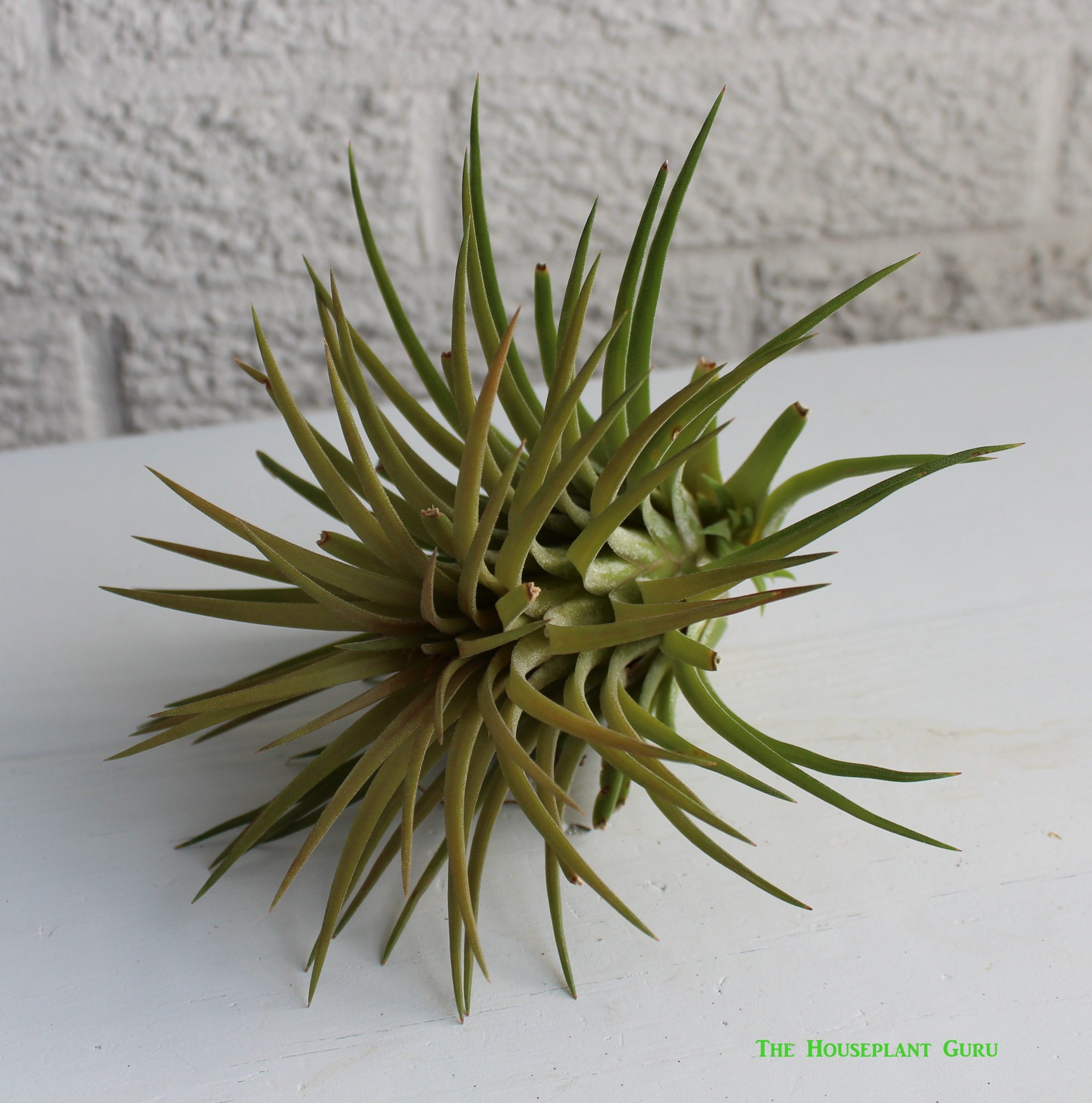 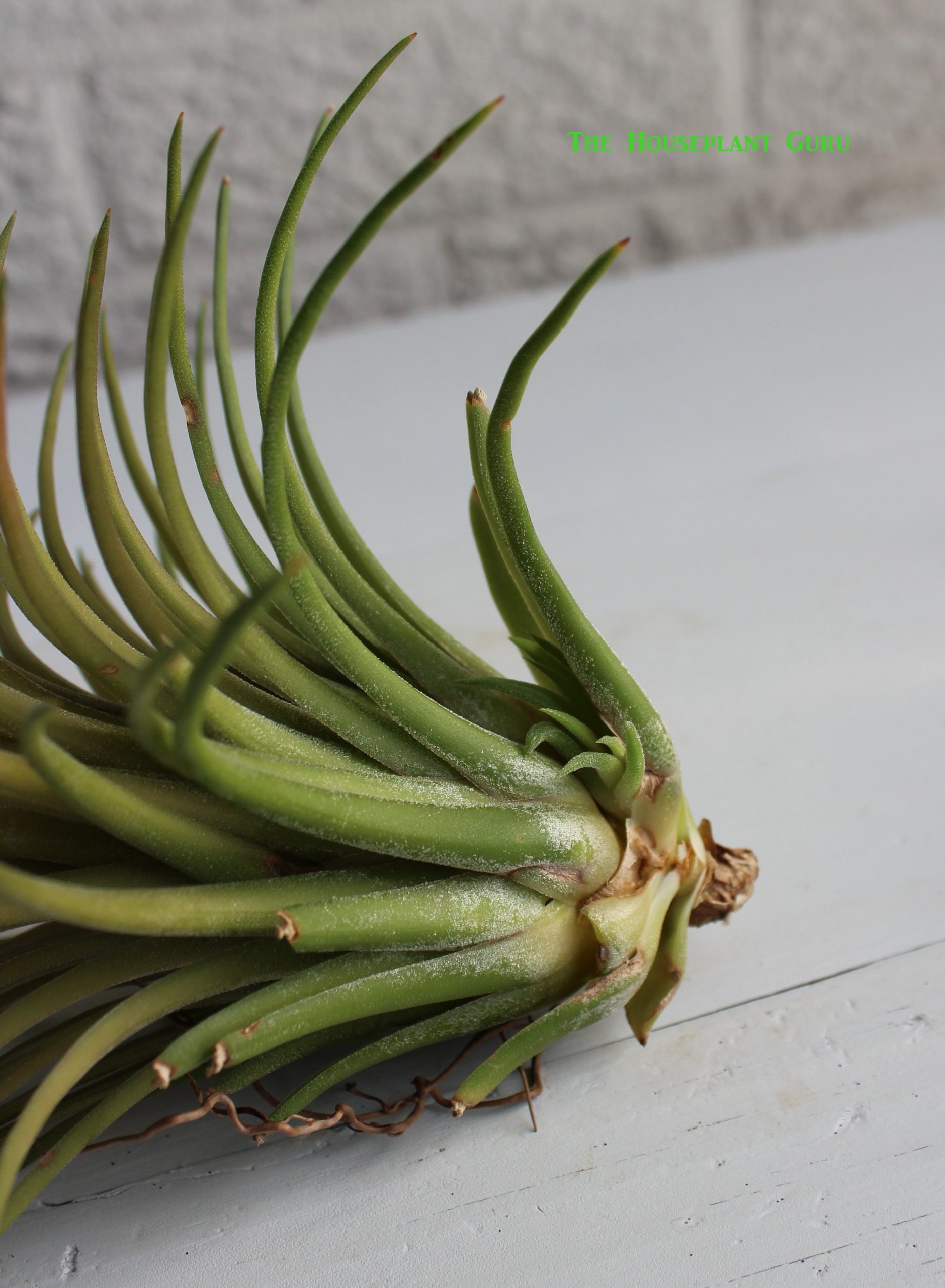 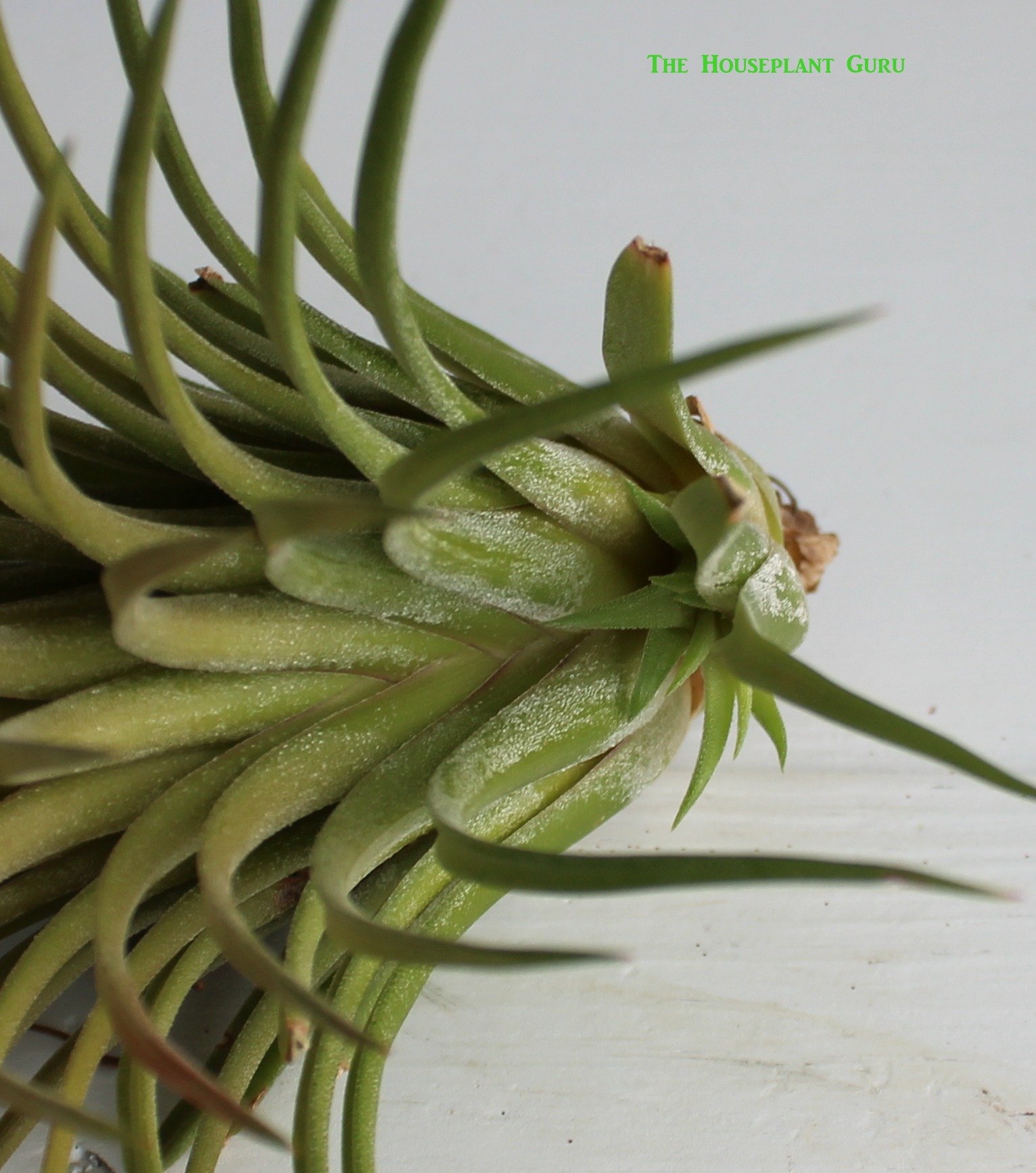 Below is a Tillandsia ionantha which already had two babies when I purchased it. These babies can be left on the parent and eventually will become a large clump or they can be removed to grow on their own. 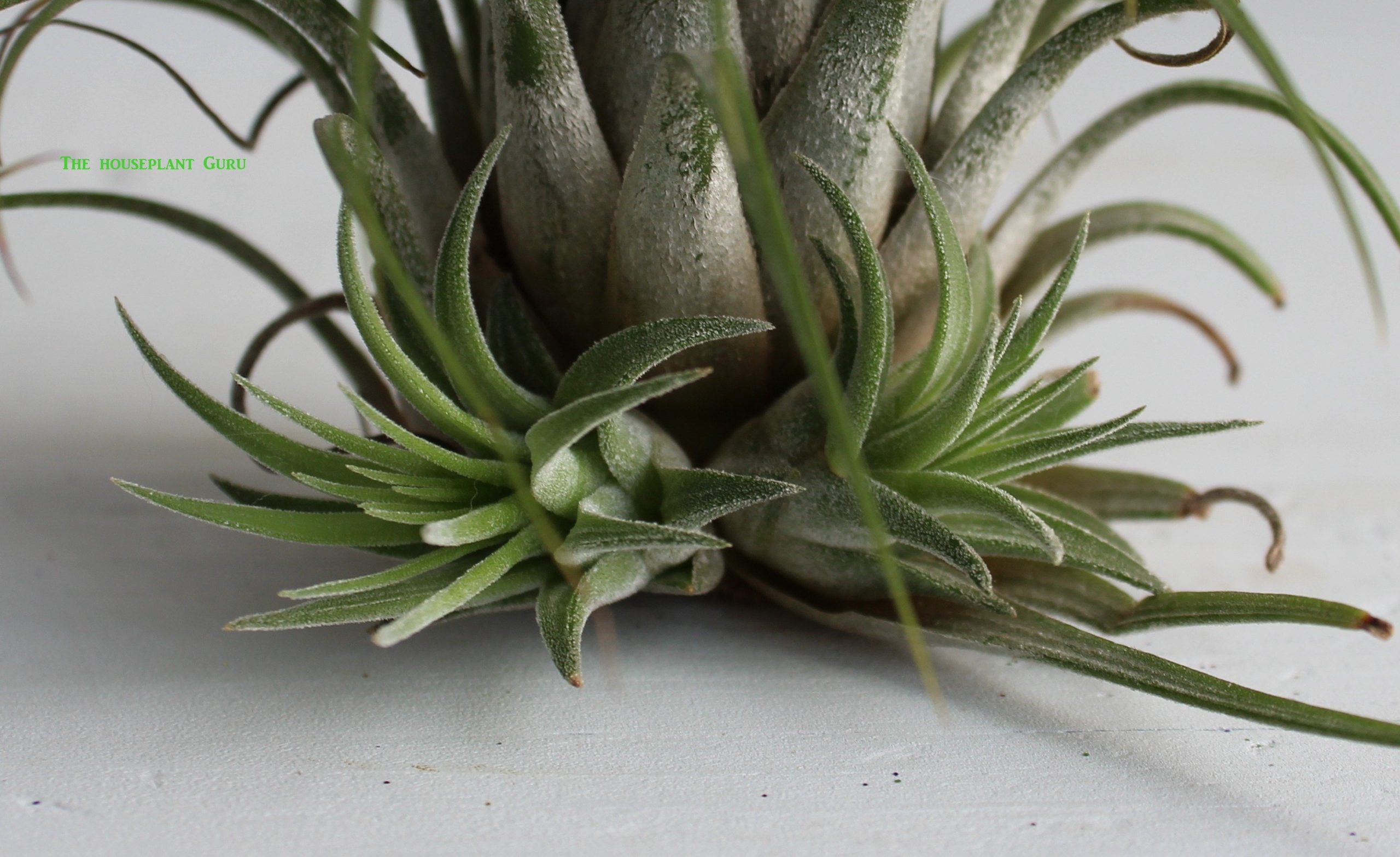 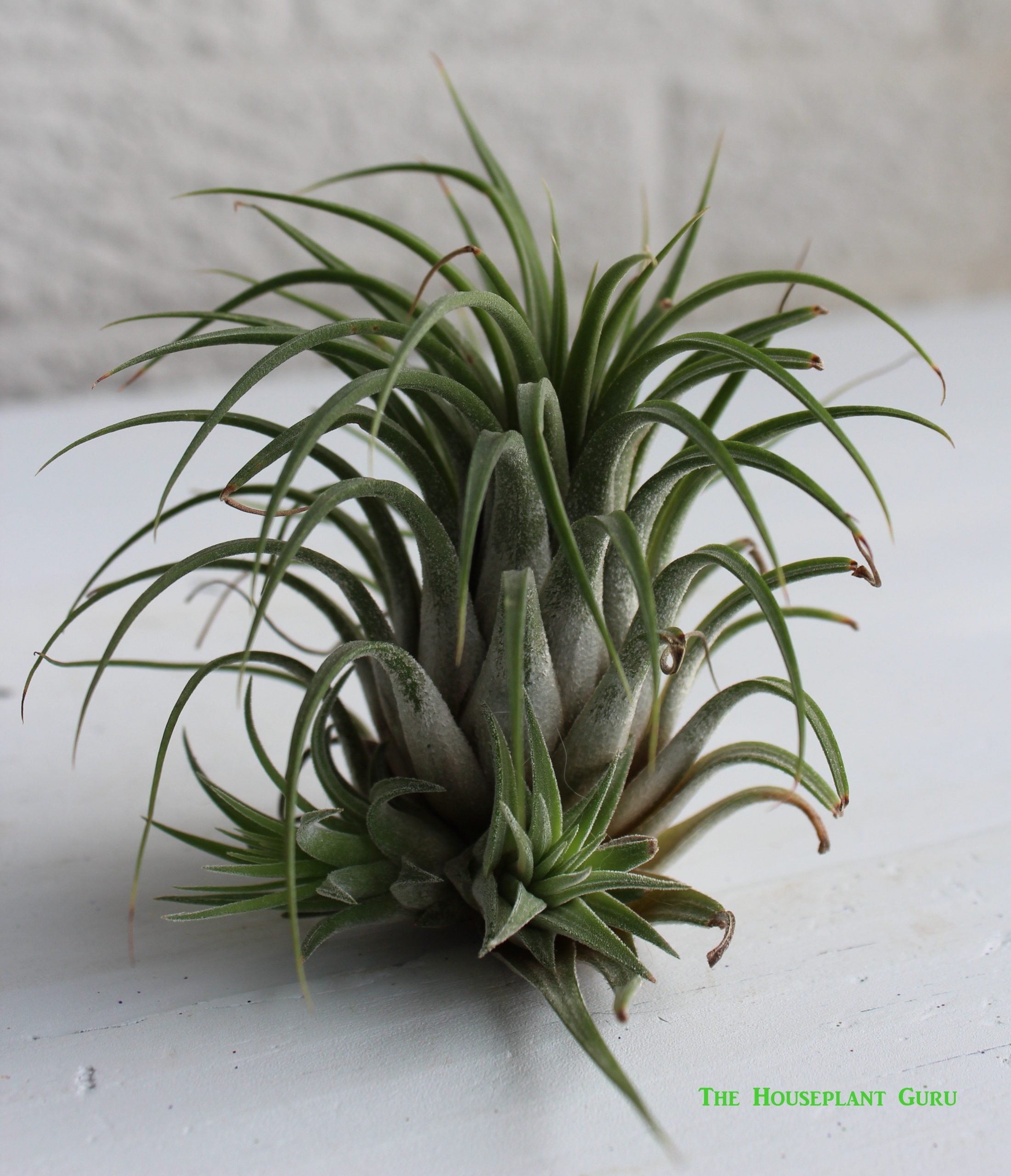 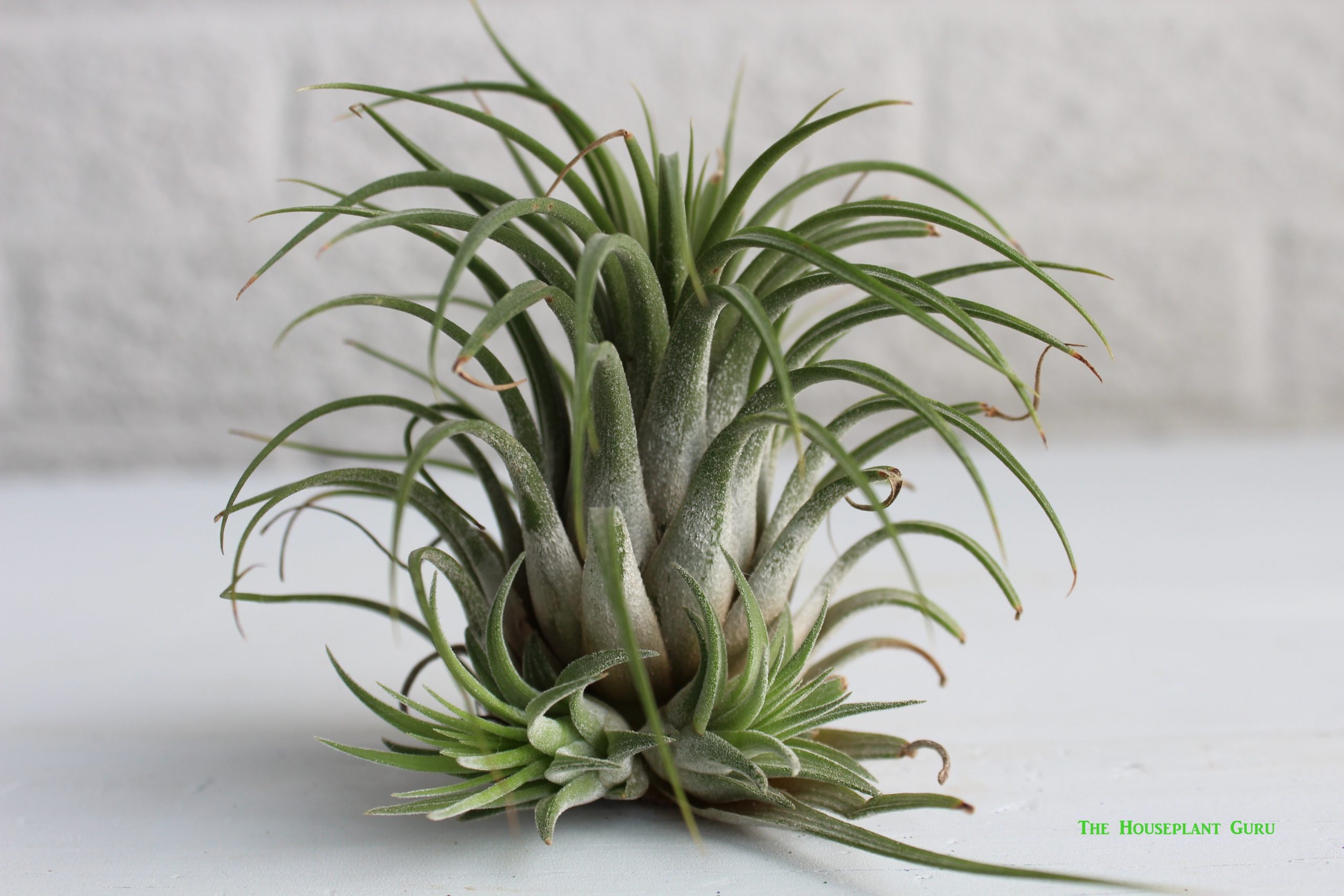 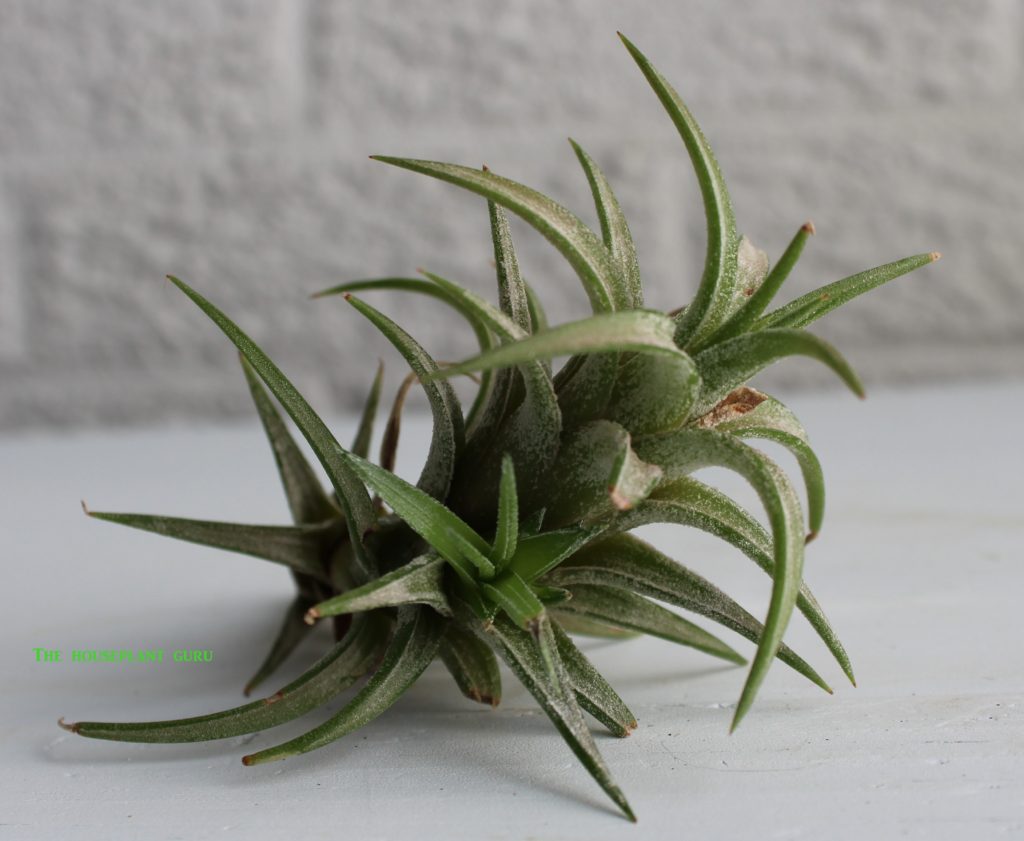 Tillandsia ionantha Vanhyningii with an offset 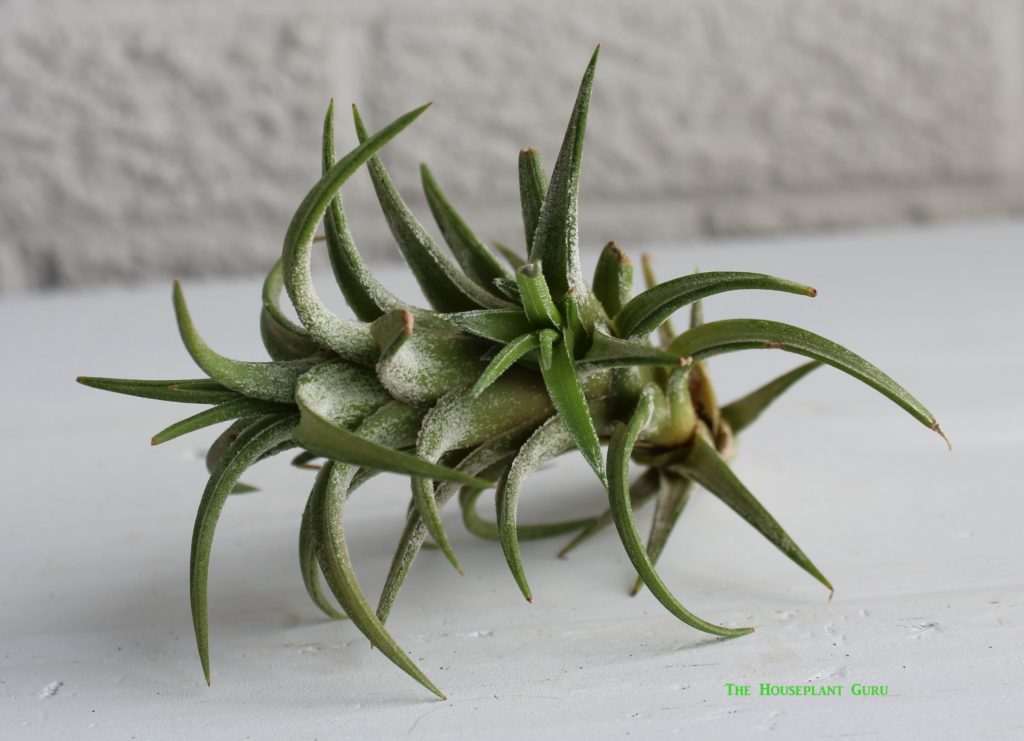 The clump of Tillandsia ionantha was purchased this way. If you allow your single tillandsia to keep its offsets as they form instead of removing them, it will eventually form a clump. 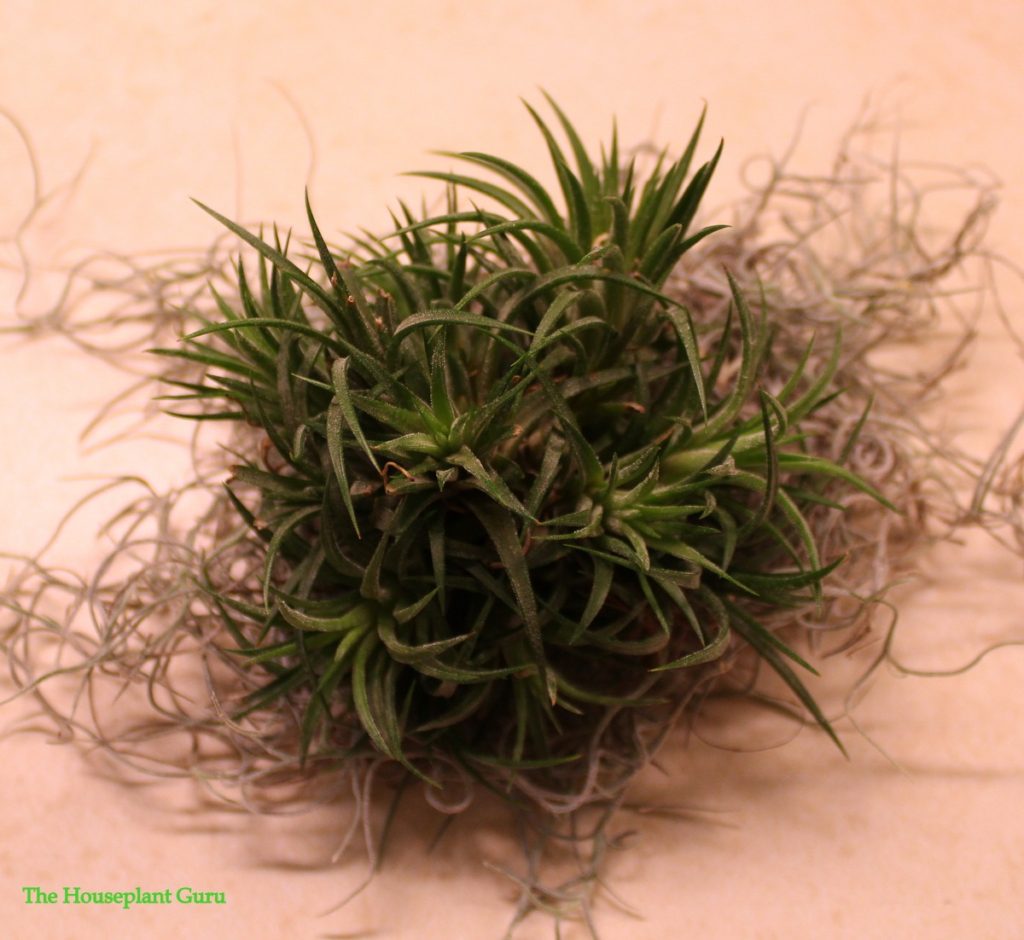 It is always exciting when your plants make more plants without having to do anything other than supply them with the conditions they prefer.