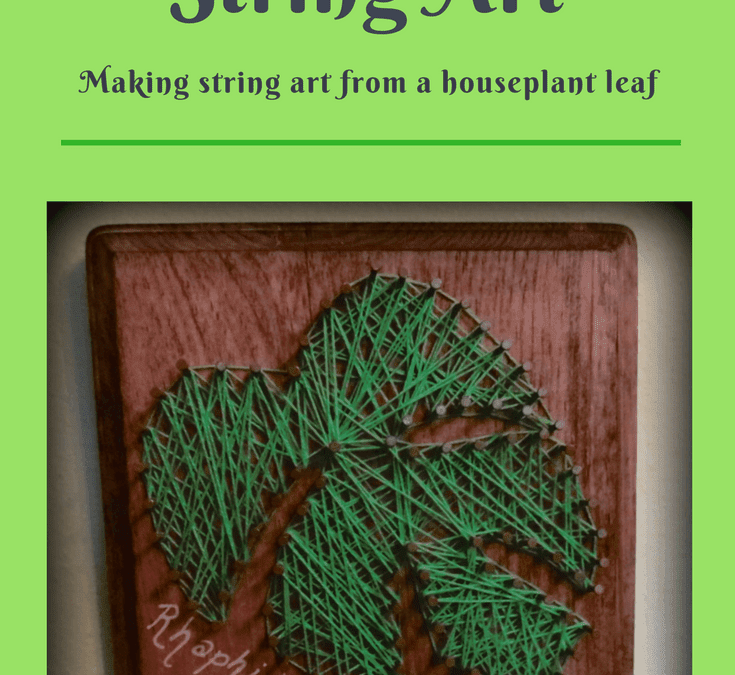 String art is in. I’ve been wanting to take a class offered at a local business, but it always sells out. I decided to make my own. How hard could it be? Of course, it had to be a houseplant. 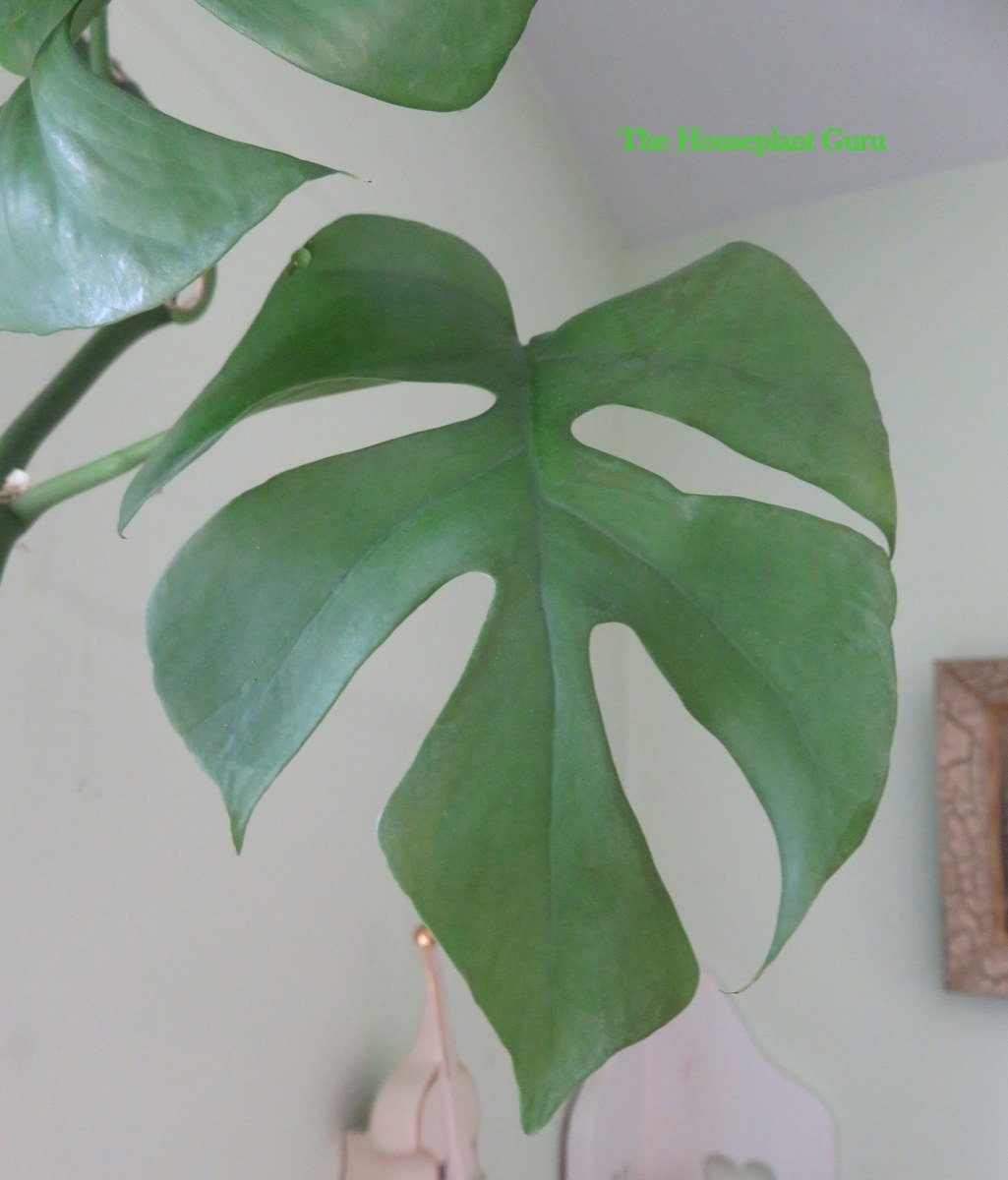 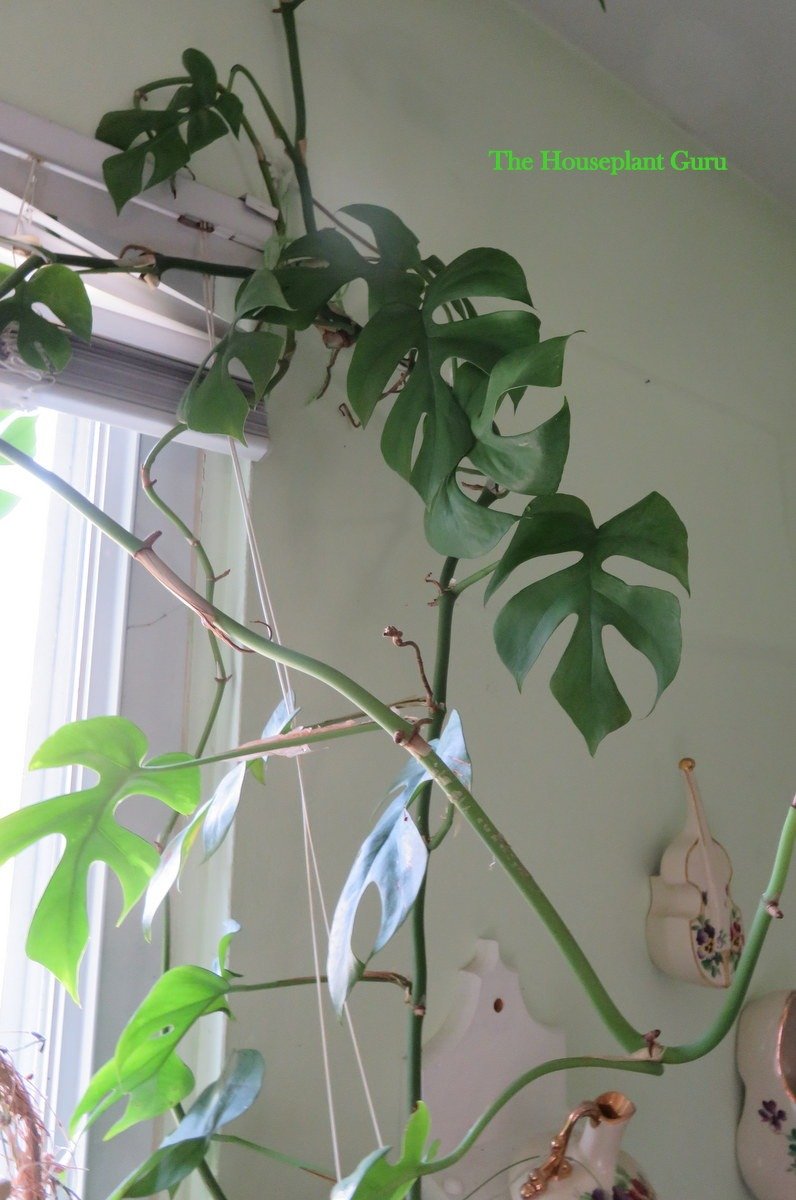 First, I found a leaf I wanted to use. I did not remove it from the plant, but put a piece of paper behind it and traced it. It wasn’t easy, but I wouldn’t cut a leaf off. This is the Raphidophora tetrasperma, commonly called mini monstera. It is a vine having leaves resembling monstera leaves but much, much smaller. The leaves rarely get over 6″ wide. It grows well in my west window, as you can see above.

I gathered supplies. I bought the wood plaque at Micahael’s and stained it with a golden oak stain that was in my cupboard and about 100 years old, but it worked. 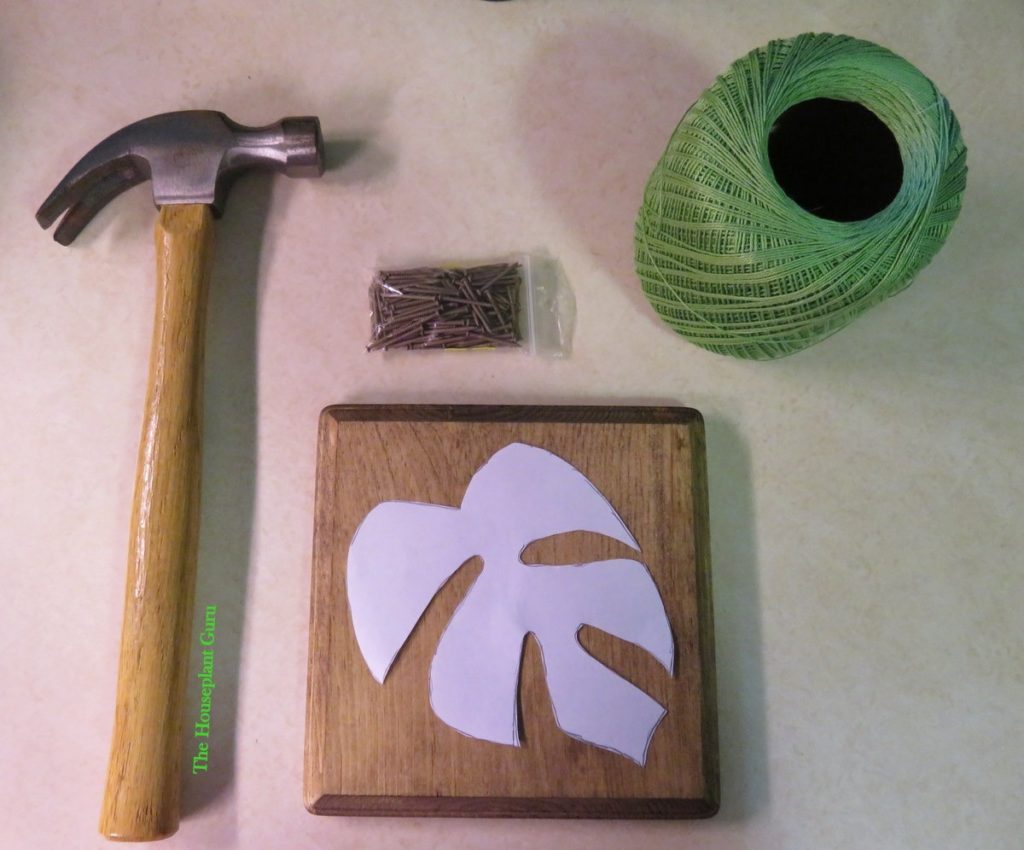 All the supplies I need to make my string art

I used a small piece of tape to attach the pattern to the wood plaque. Find small nails with heads so the string doesn’t slide off. I had them already (yes, in the cupboard) and I don’t know what size or type they are. I nailed them around the pattern attempting to space them evenly. It wasn’t always easy to hold the nails, so needle nose pliers were helpful. 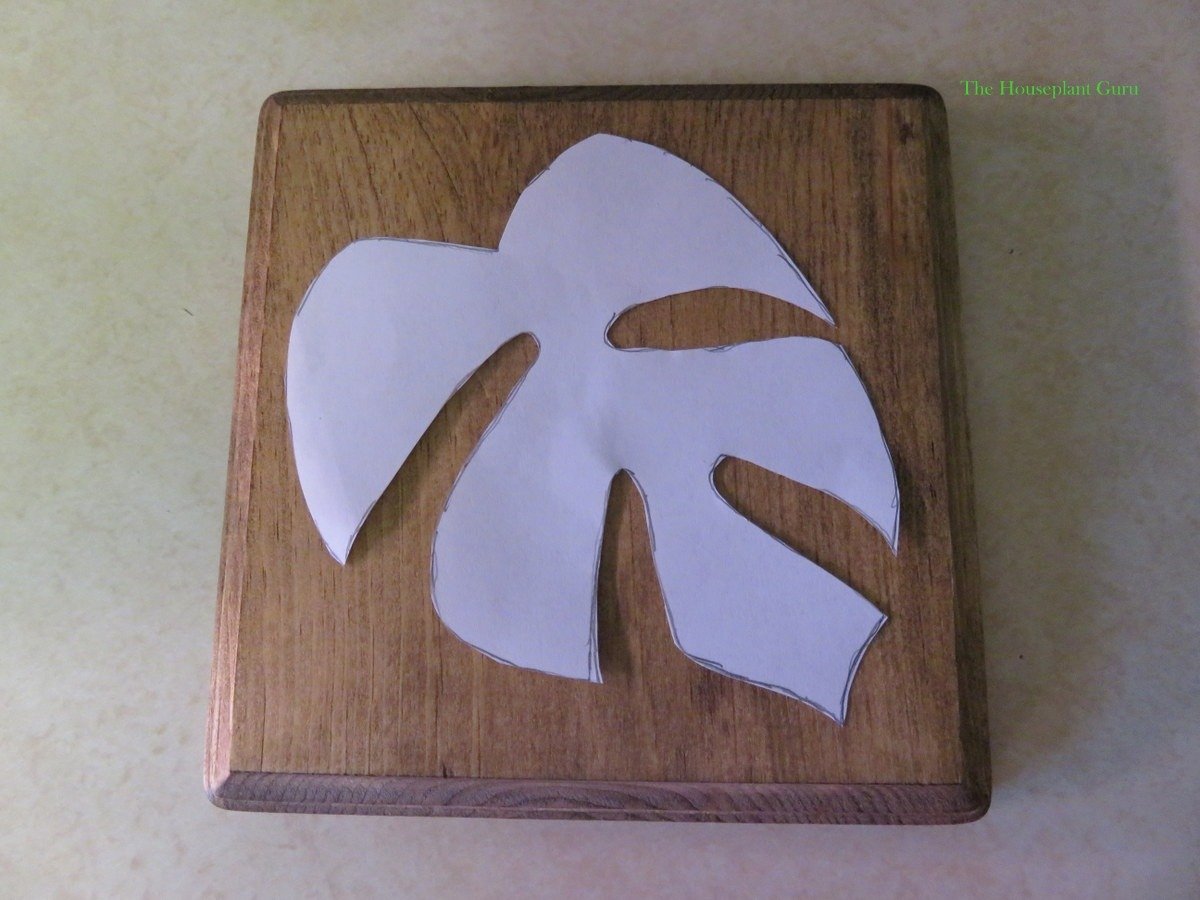 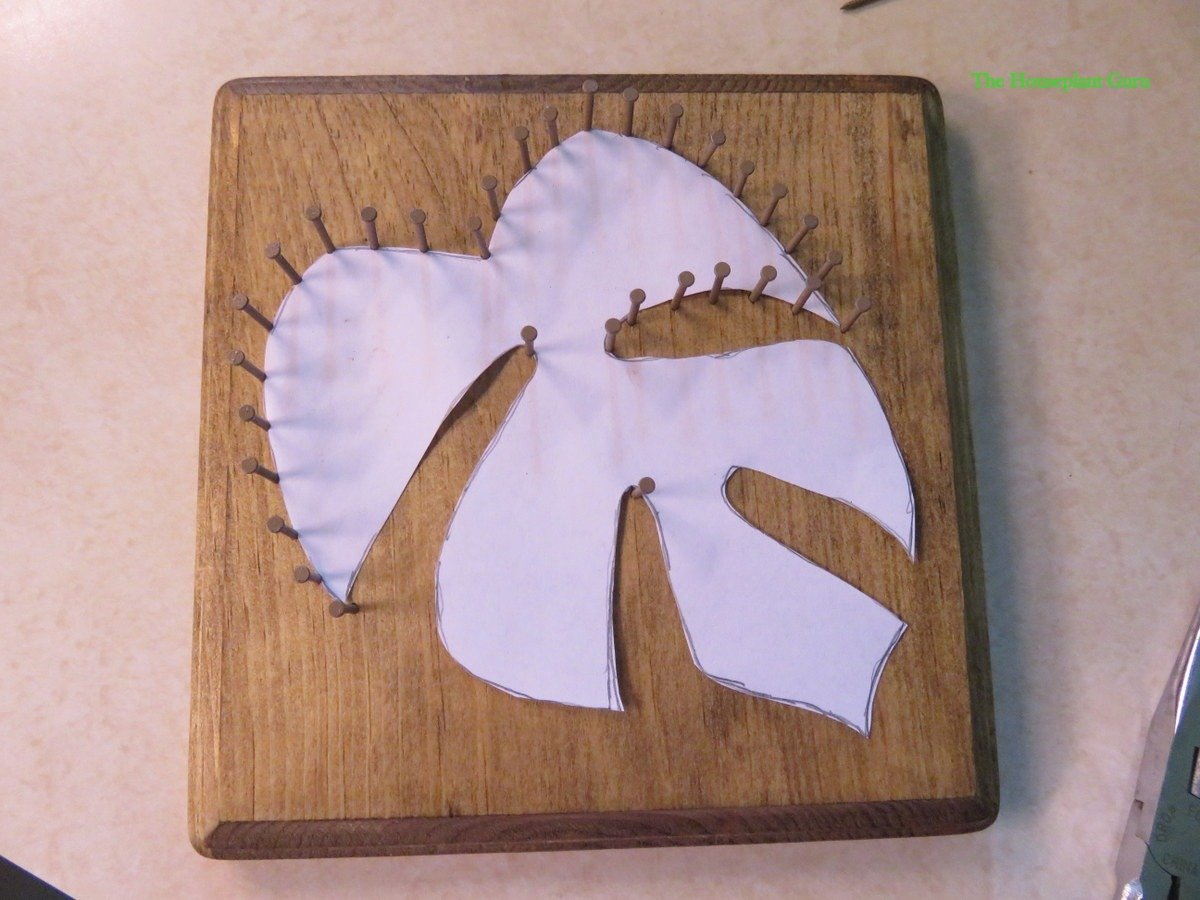 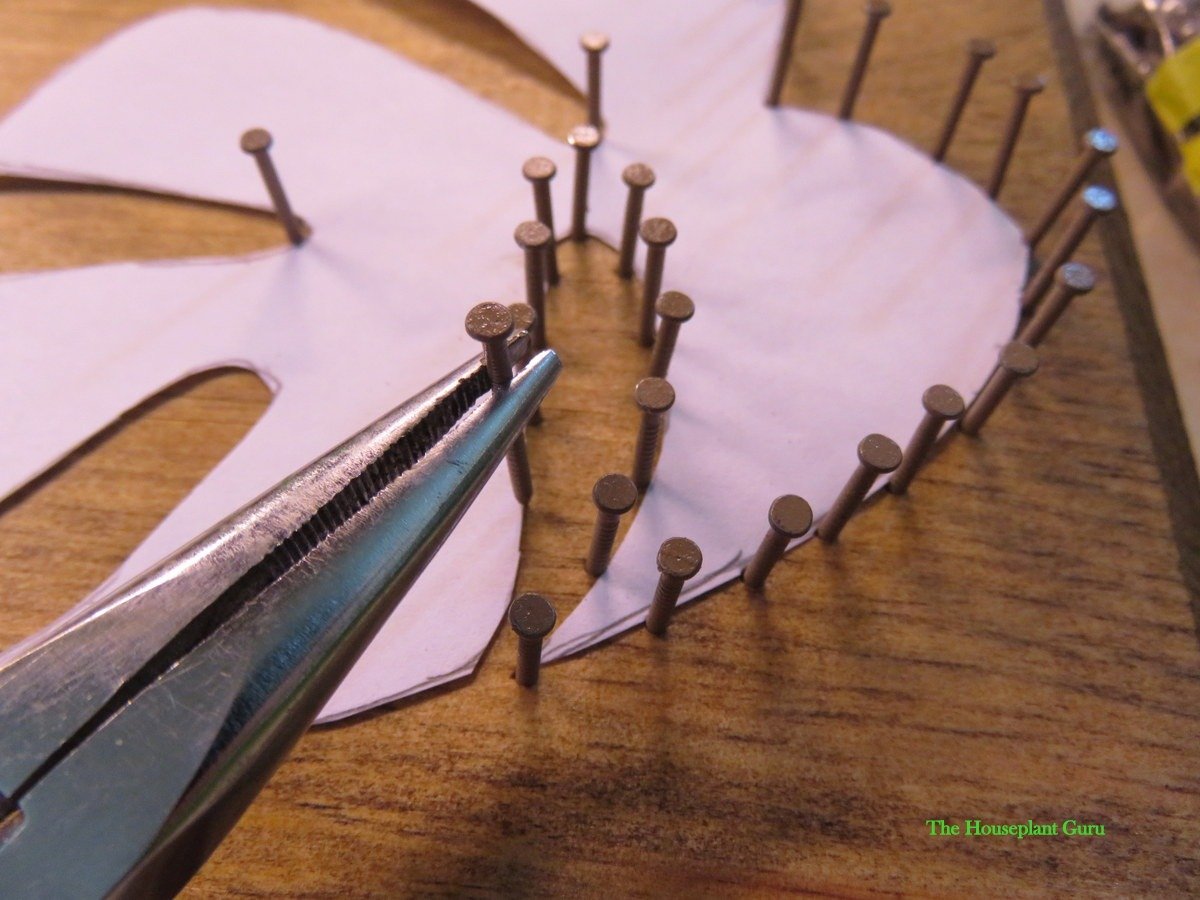 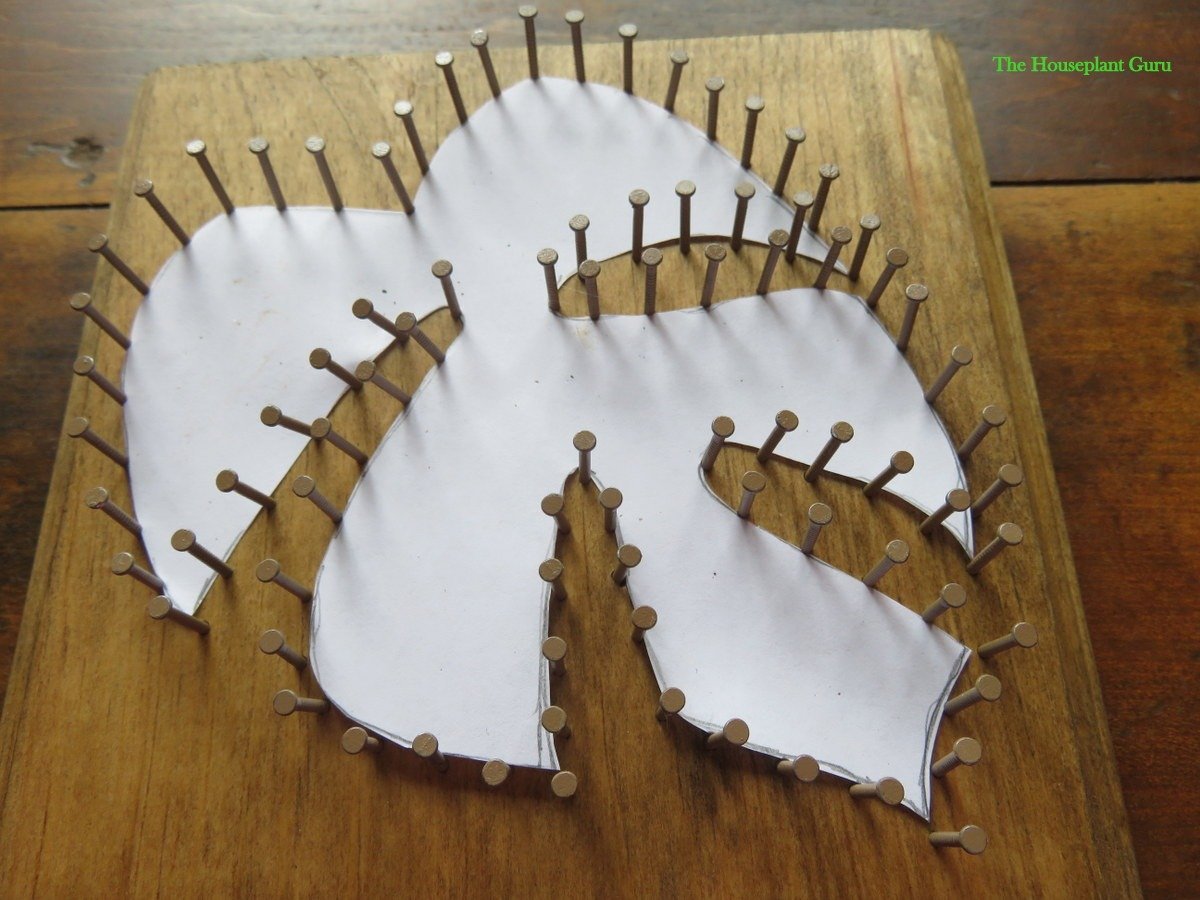 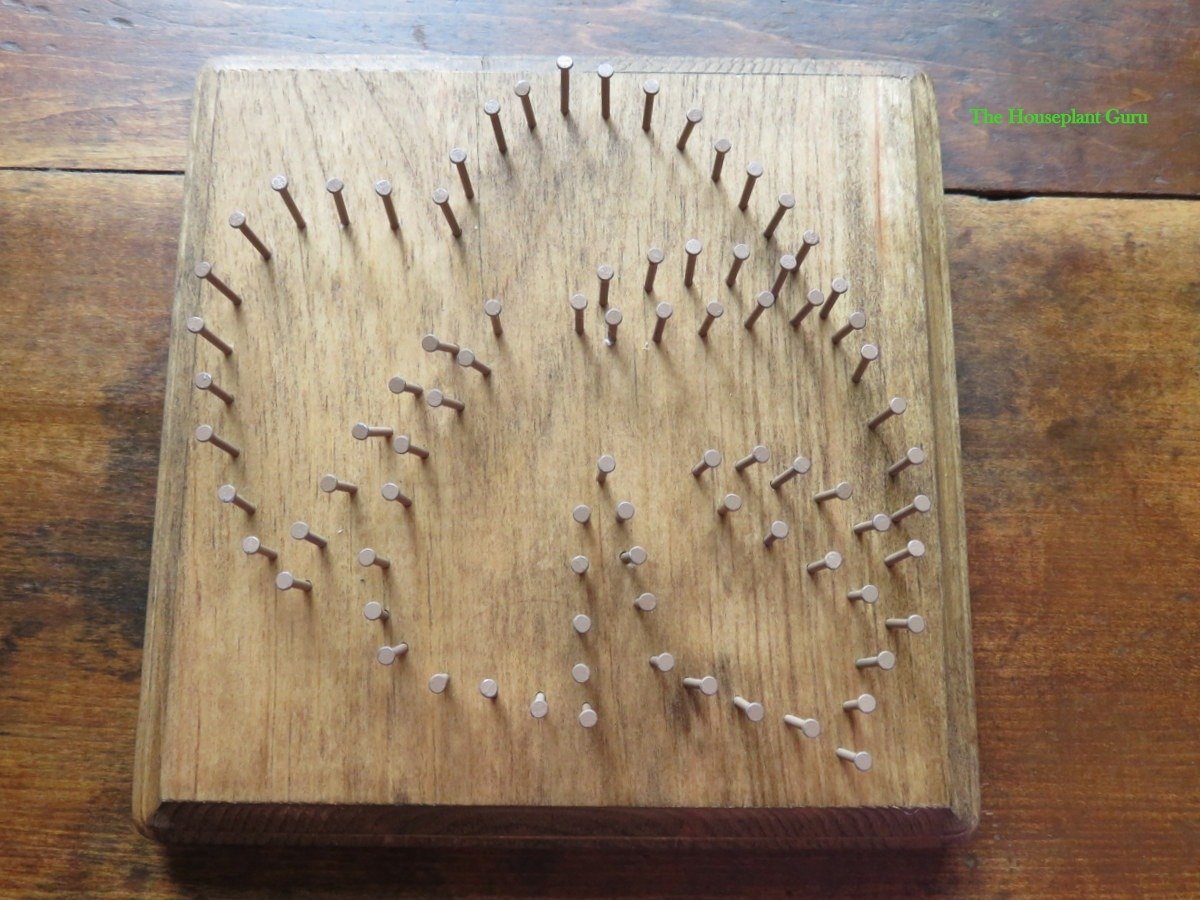 I used crochet thread and chose a green I liked. (Not in the cupboard, but the basement. I used to do a lot of crocheting and knitting and have a basement full of supplies.) 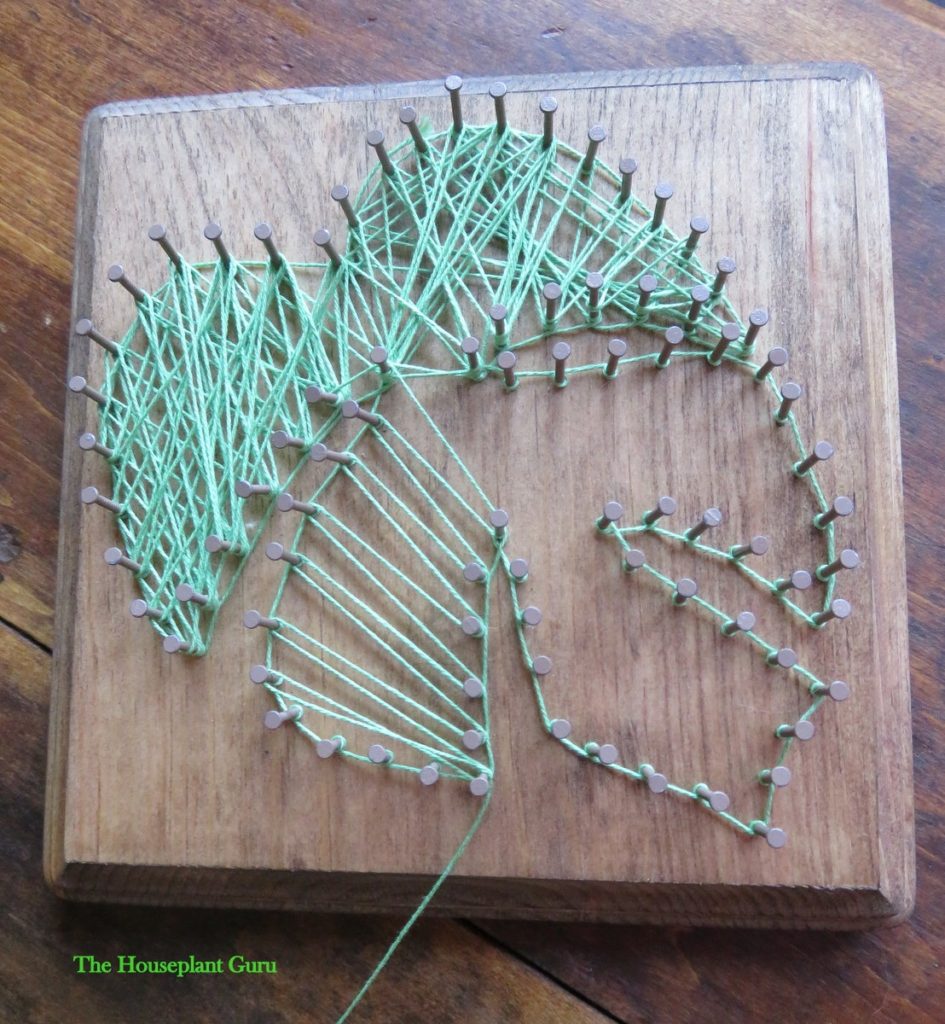 Start by outlining the entire pattern

I first outlined the entire leaf and then started filling it in. There is no right or wrong way to wrap the string around the nails. I just wrapped it around until I thought it was filled in enough. Below is the finished leaf. 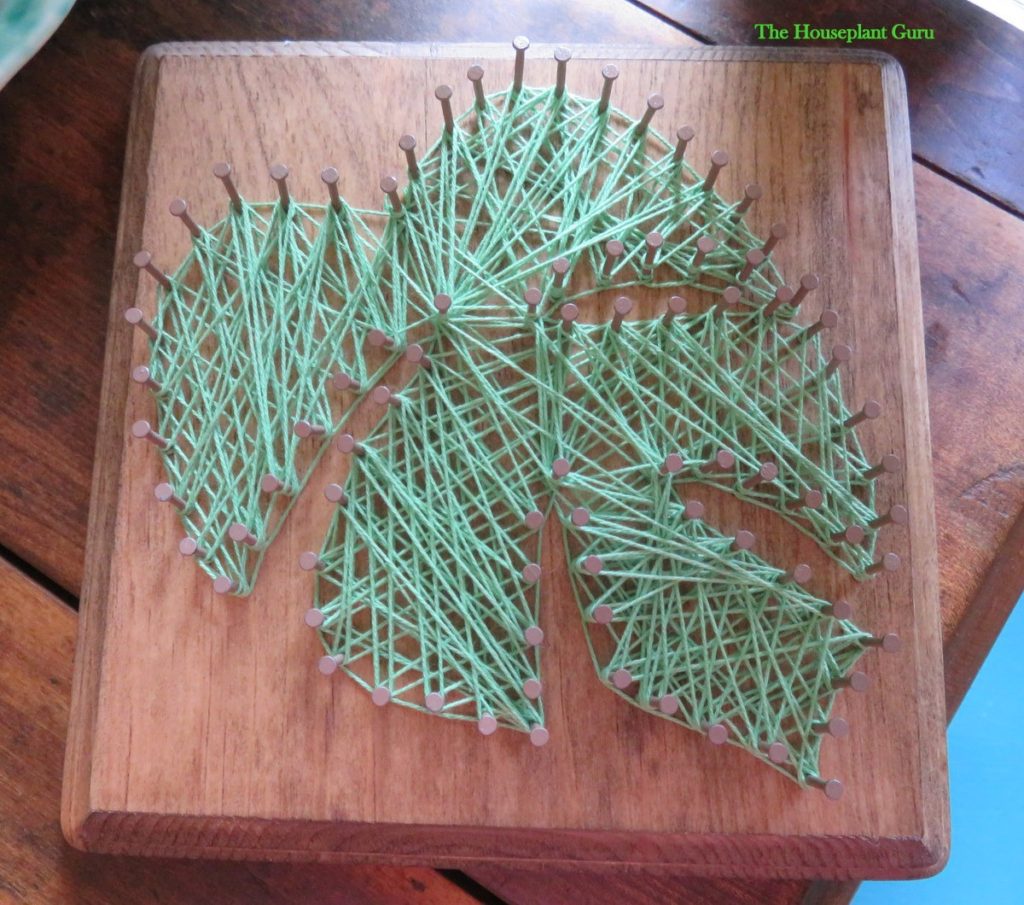 My next try was using a Philodendron ‘Brazil’ leaf. 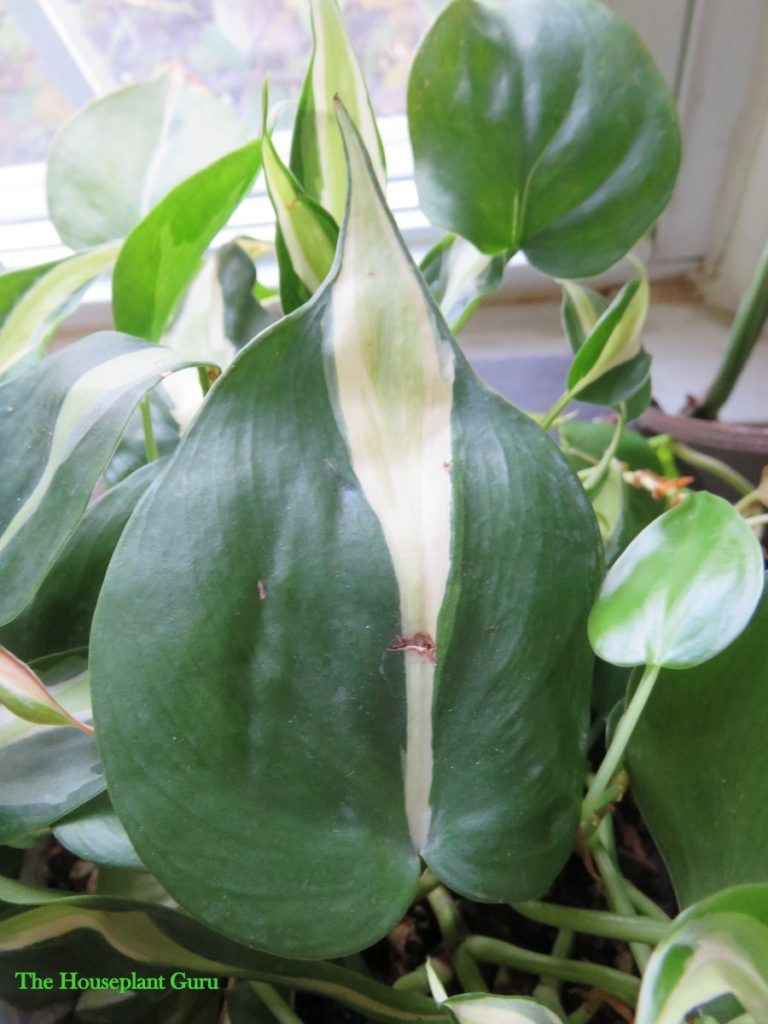 I also left the leaf on the plant and traced it. For this leaf I used embroidery floss (also in the basement) and matched the colors to the actual leaf. The dark green is DMC 520 and the light green is DMC 772. For these two leaves, I only had to purchase the wood plaques, and they were less than $10. Nails, embroidery floss, and stain would also need to be purchased if you don’t have a house full of “stuff” like me. I’m quite sure that one plaque could have been done for under $10. 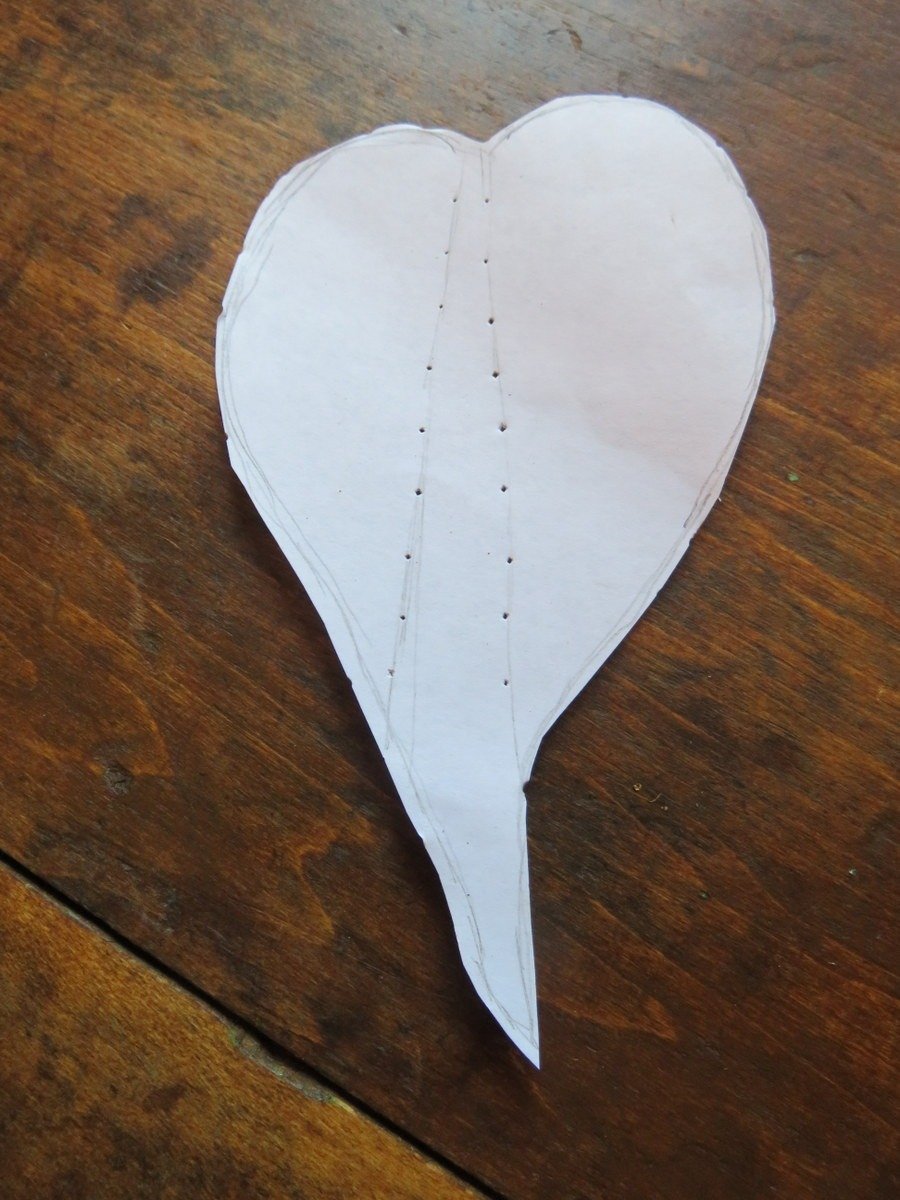 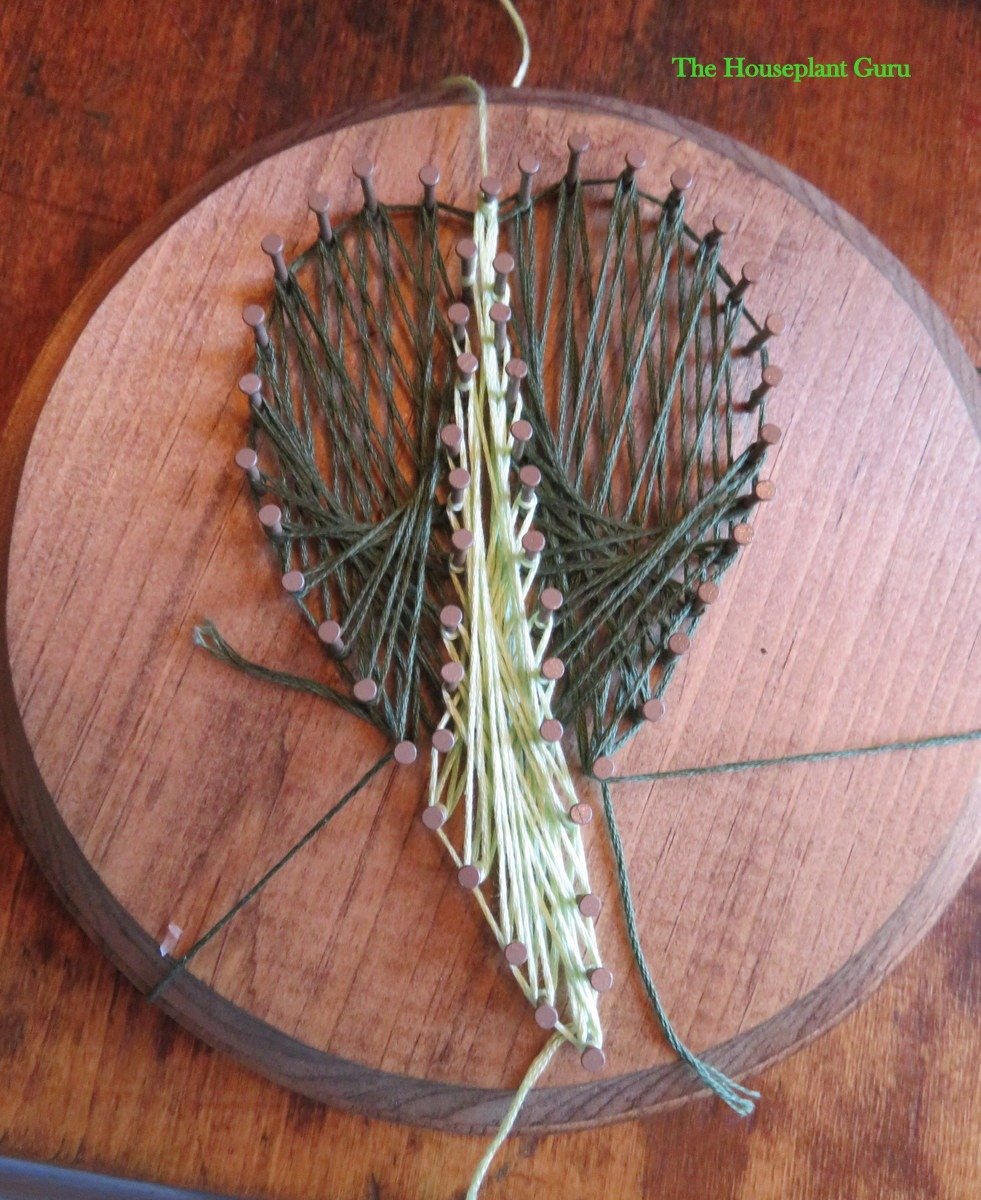 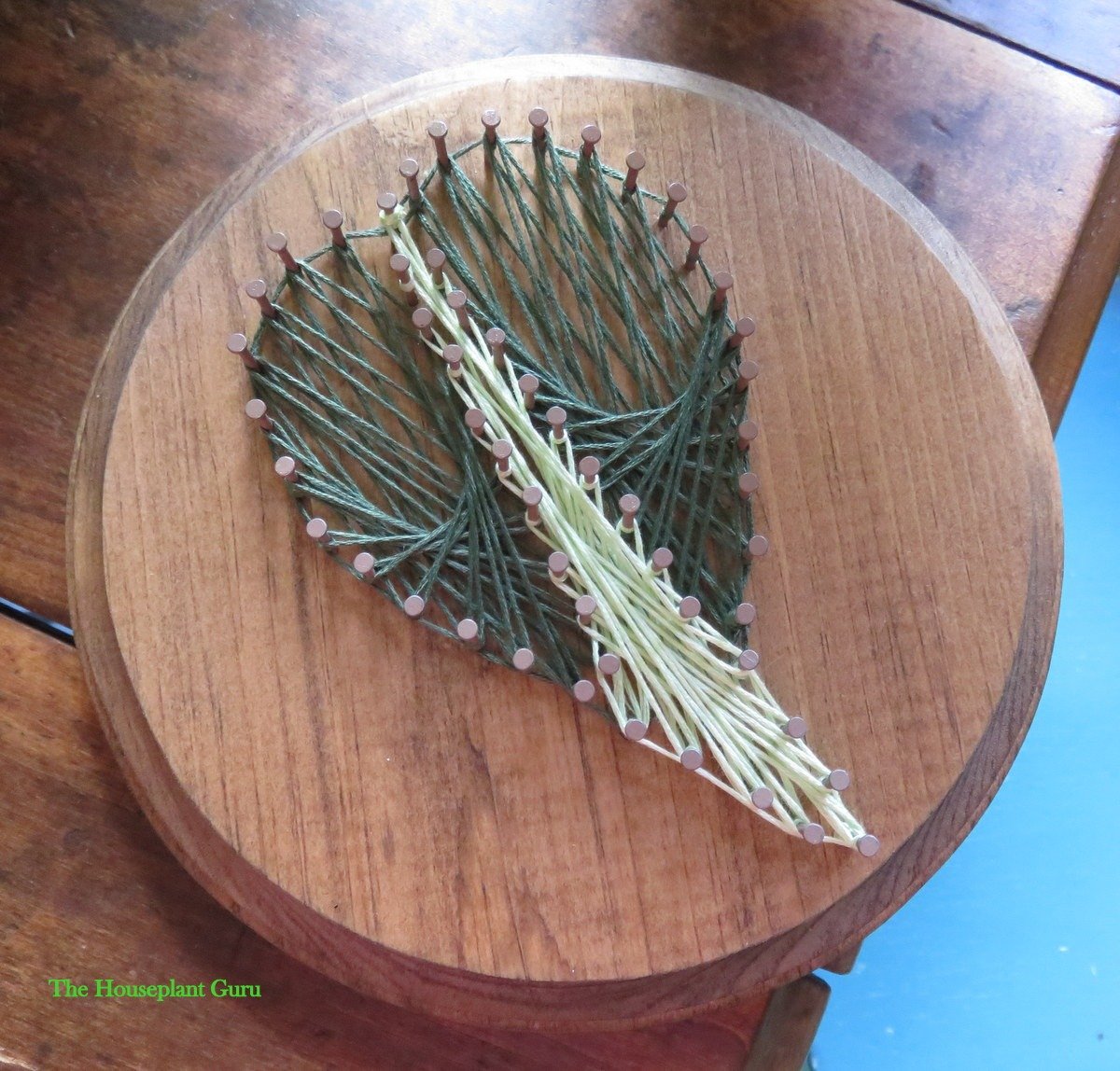 I used a white paint pen to write the botanical names on the wood when I finished. I like the way they turned out. What do you think? 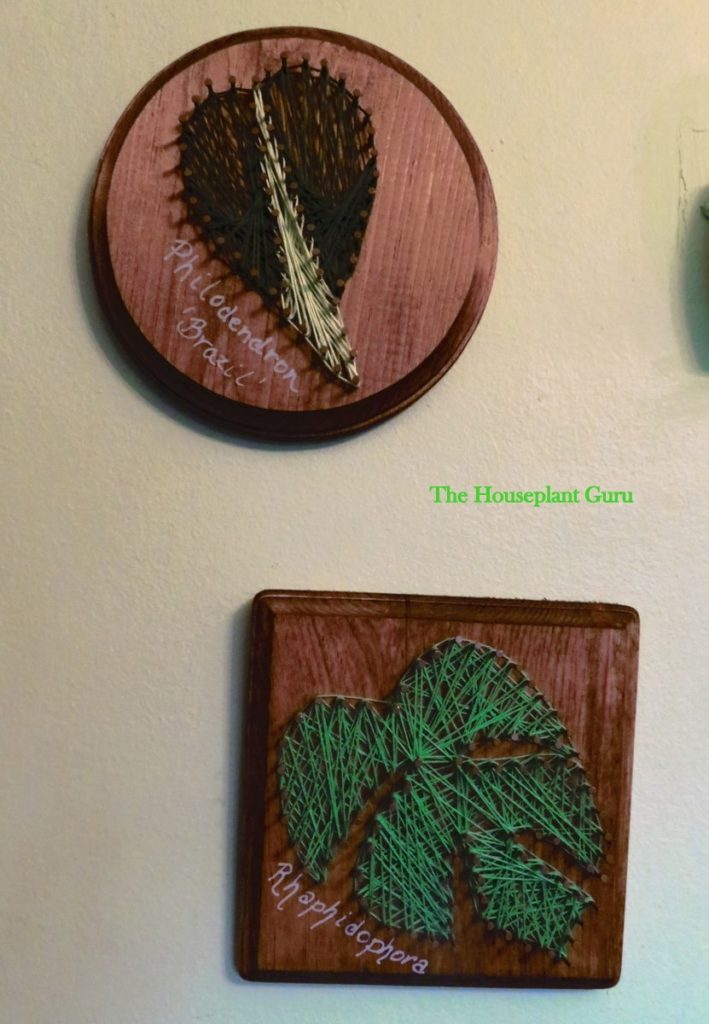