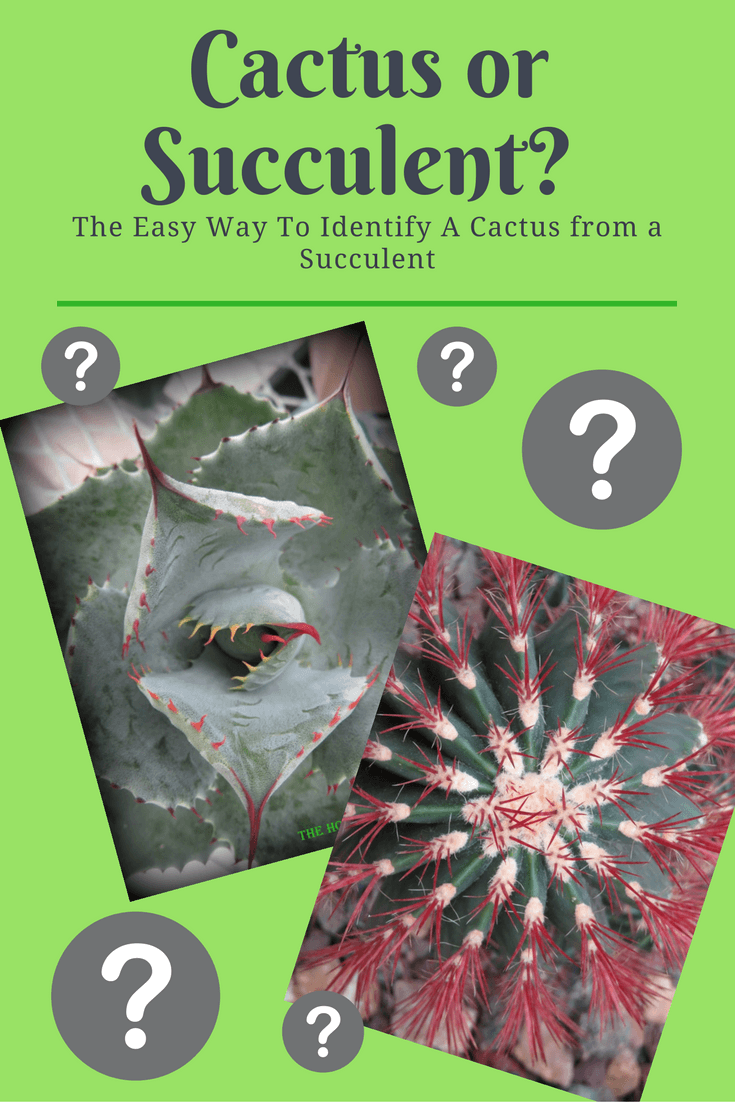 Did you know all cacti are succulents, but not all succulents are cacti? It’s true.

But first, let’s discuss what a succulent is. A succulent is a plant that is full of water. Because it conserves water in its tissue it is able to survive drought in its natural habitat. What is the difference between a succulent and a cactus if they both conserve water in their stems and leaves? It all comes down to a little thing called an areole, which is a small raised area where the spines and flowers of a cactus arise. The areoles are very obvious in the picture below. They are the white fuzzy areas the spines protrude from. 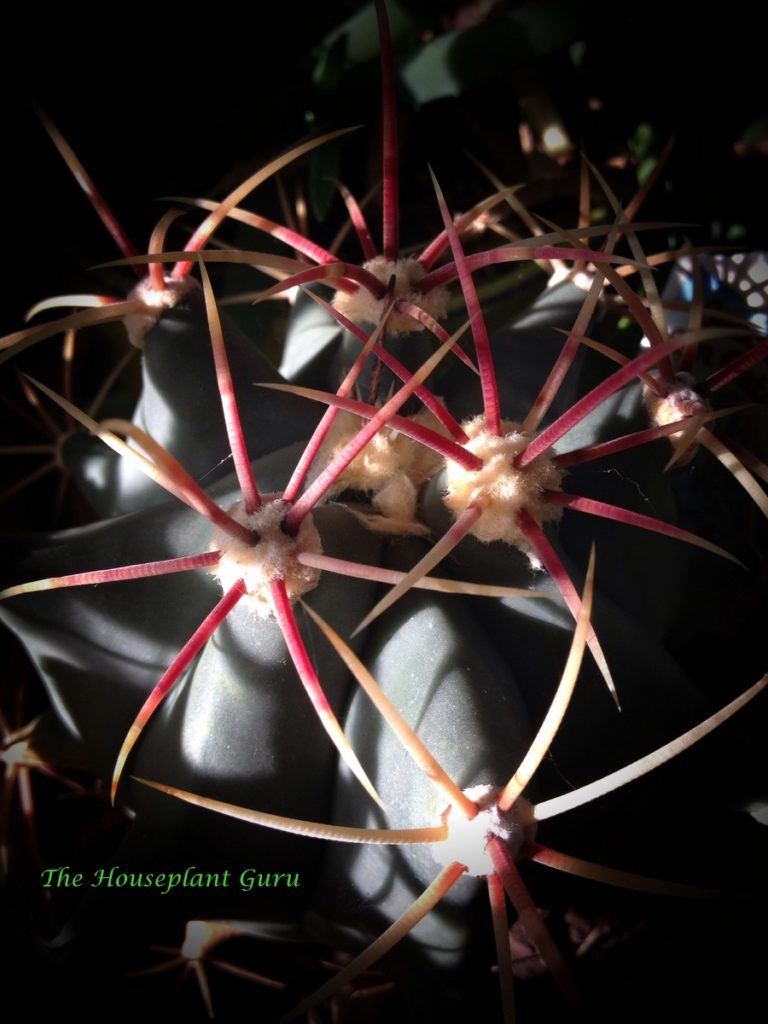 Succulents can have spines

There are succulents that have spines, but they do not arise from these small areas called areoles. Euphorbias are the plants most often mistaken for cacti, especially the crown of thorns (Euphorbia milii). How can a plant so filled with spines not be a cactus? 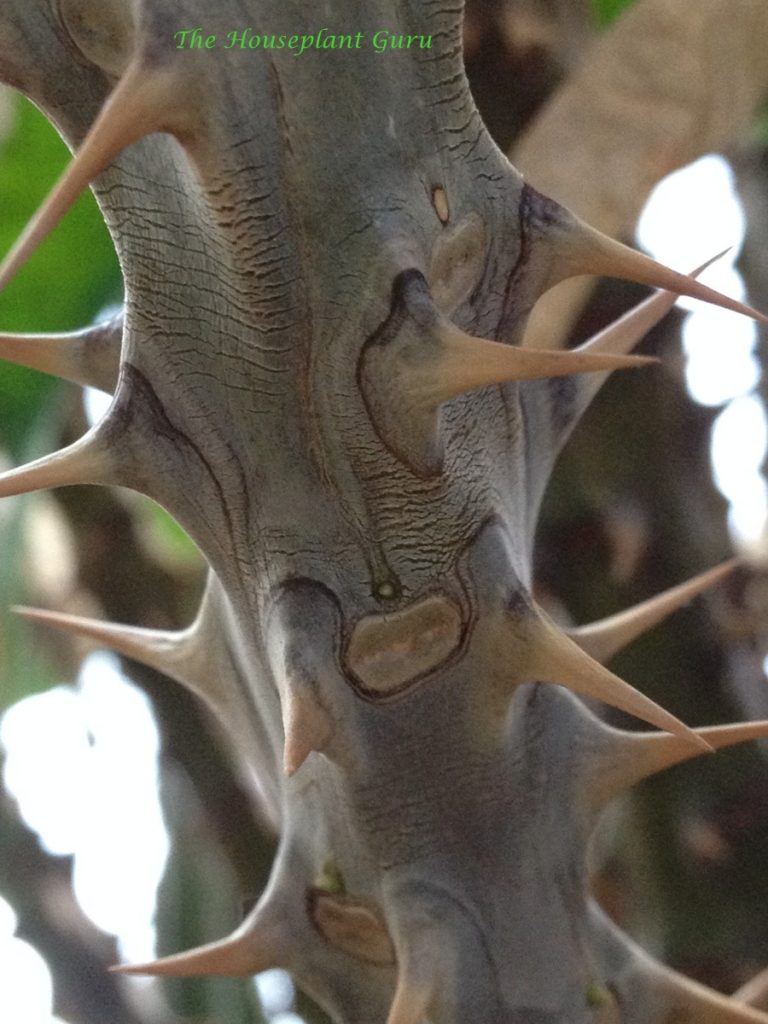 Euphorbia milii spines but without areoles -a succulent

The following gallery of plants are all succulents, as they are lacking the areole around the spines. These plants include Huernia, Euphorbia, Agave, and Aloe. 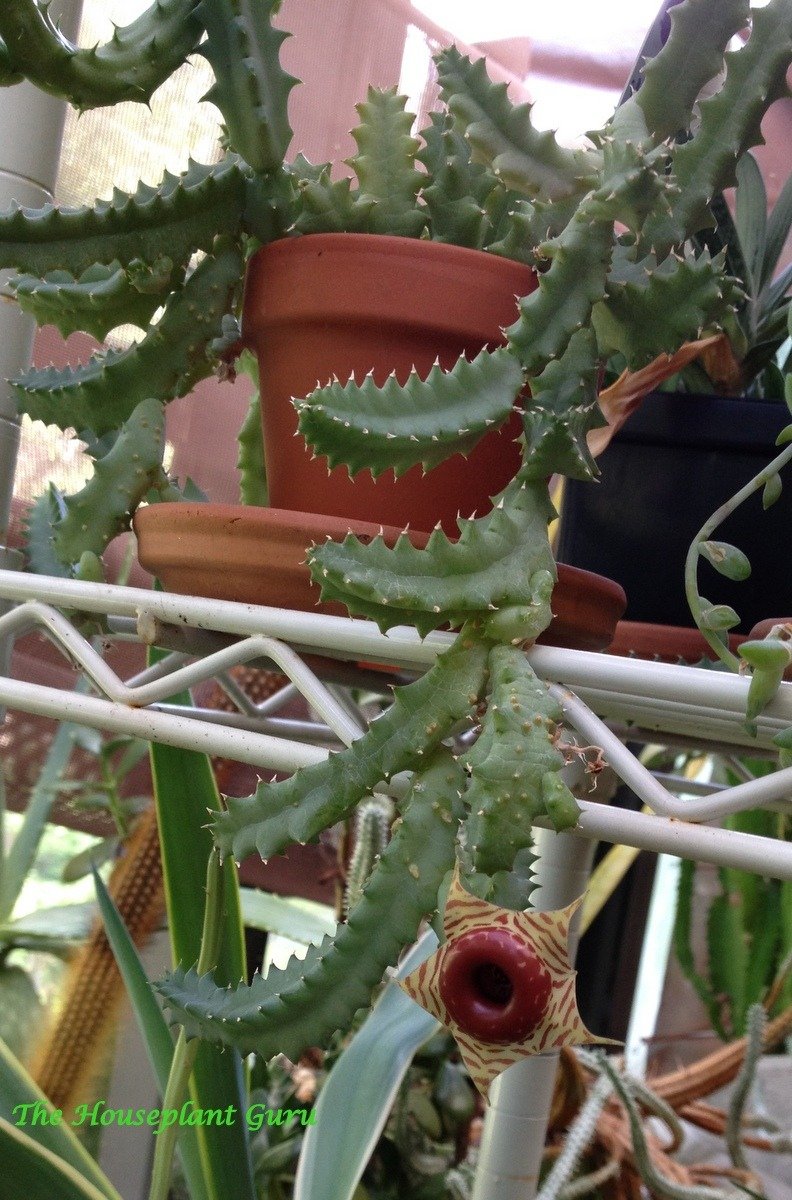 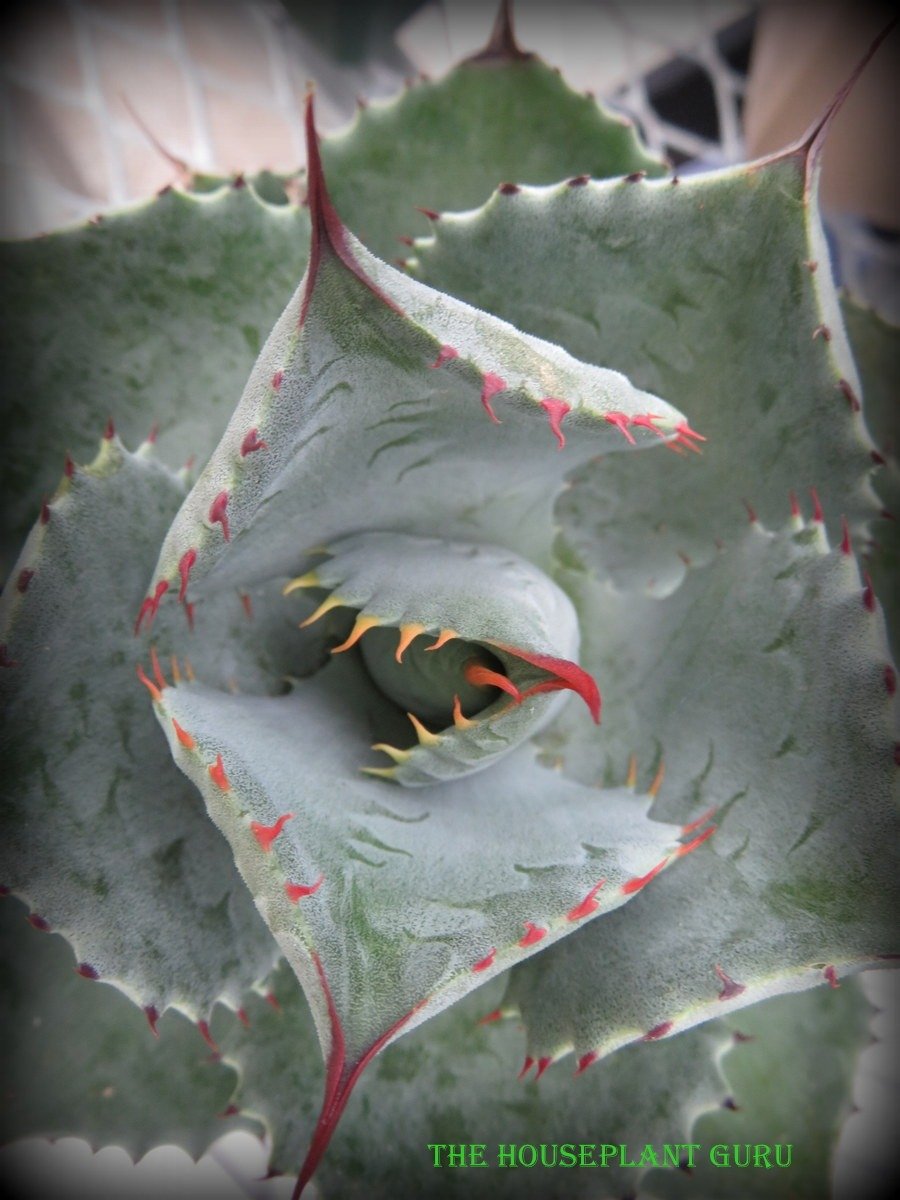 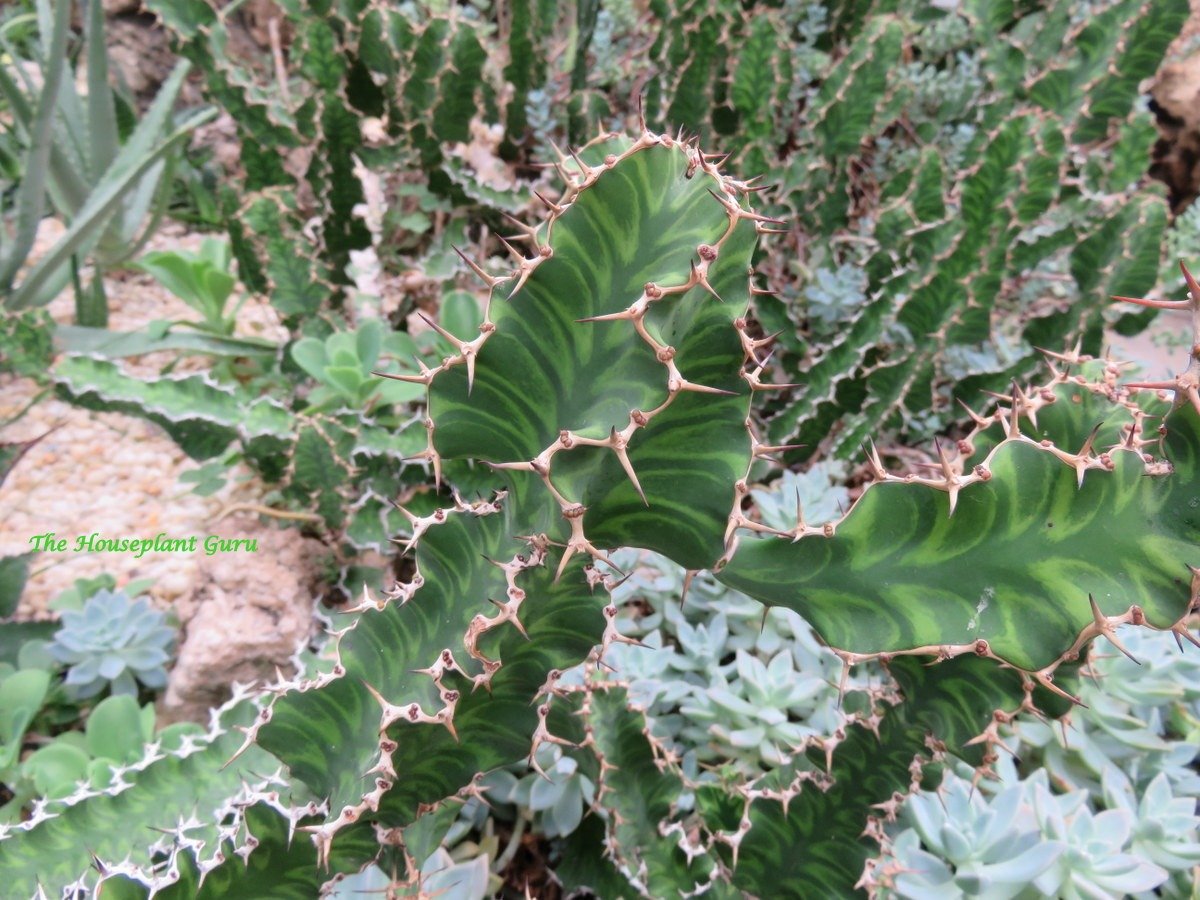 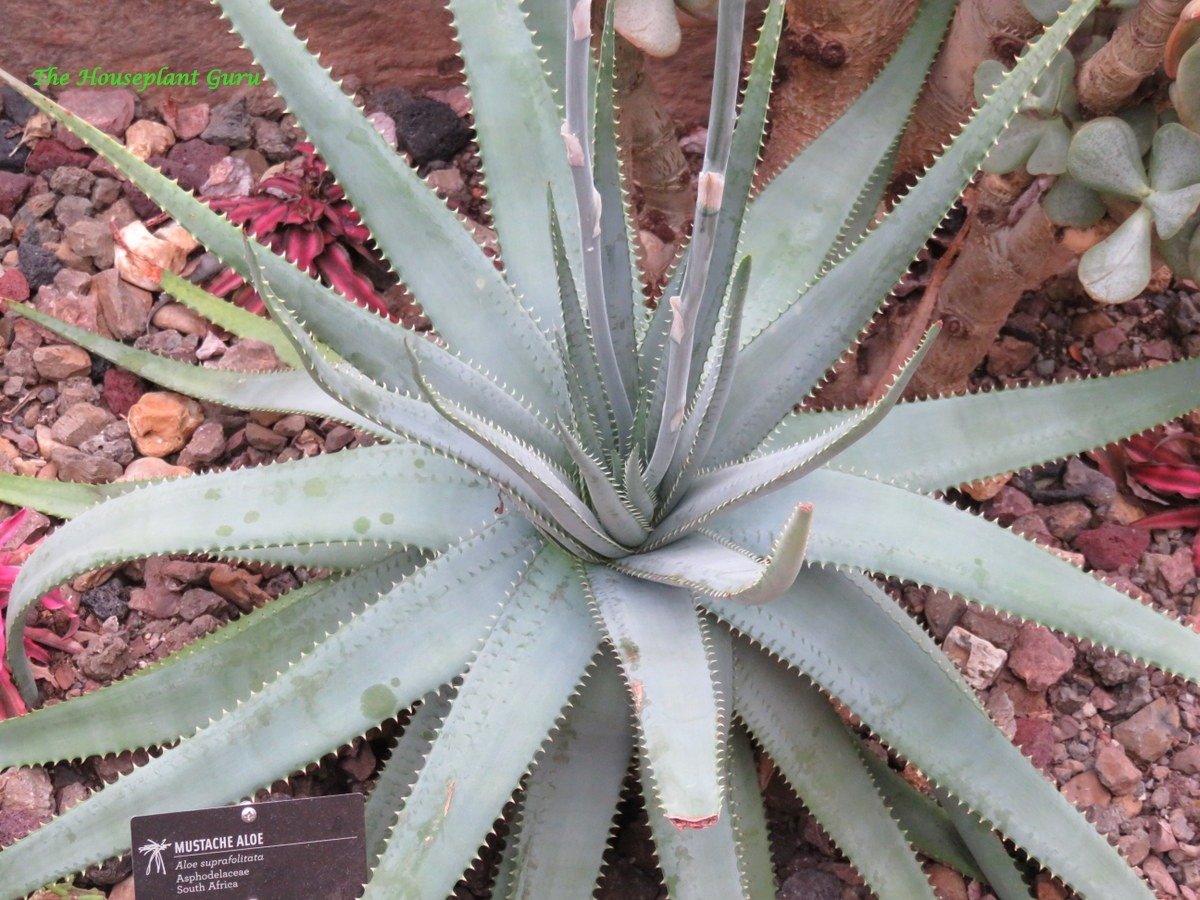 The next set of pictures are all of cacti and as you can see in the one picture, the flower arises from the areole, as well as the spines. 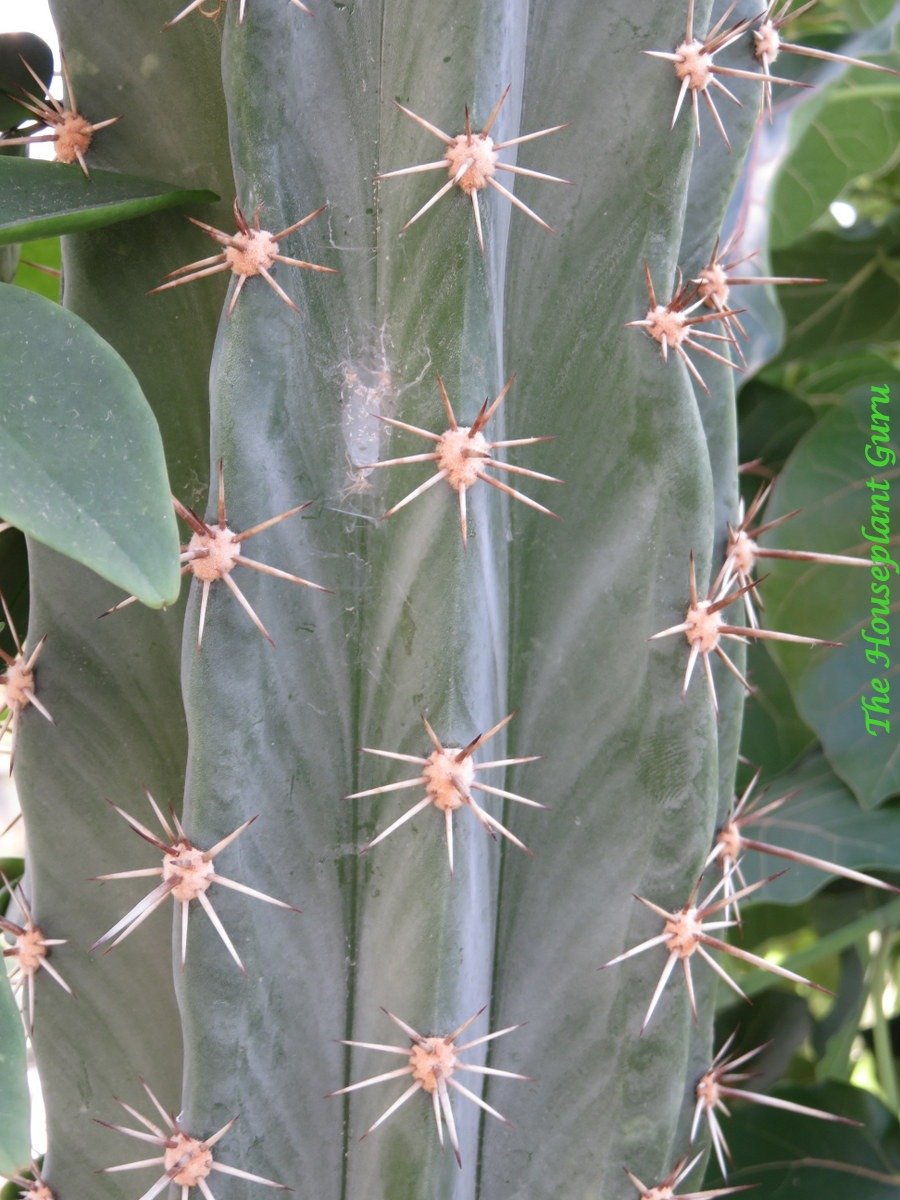 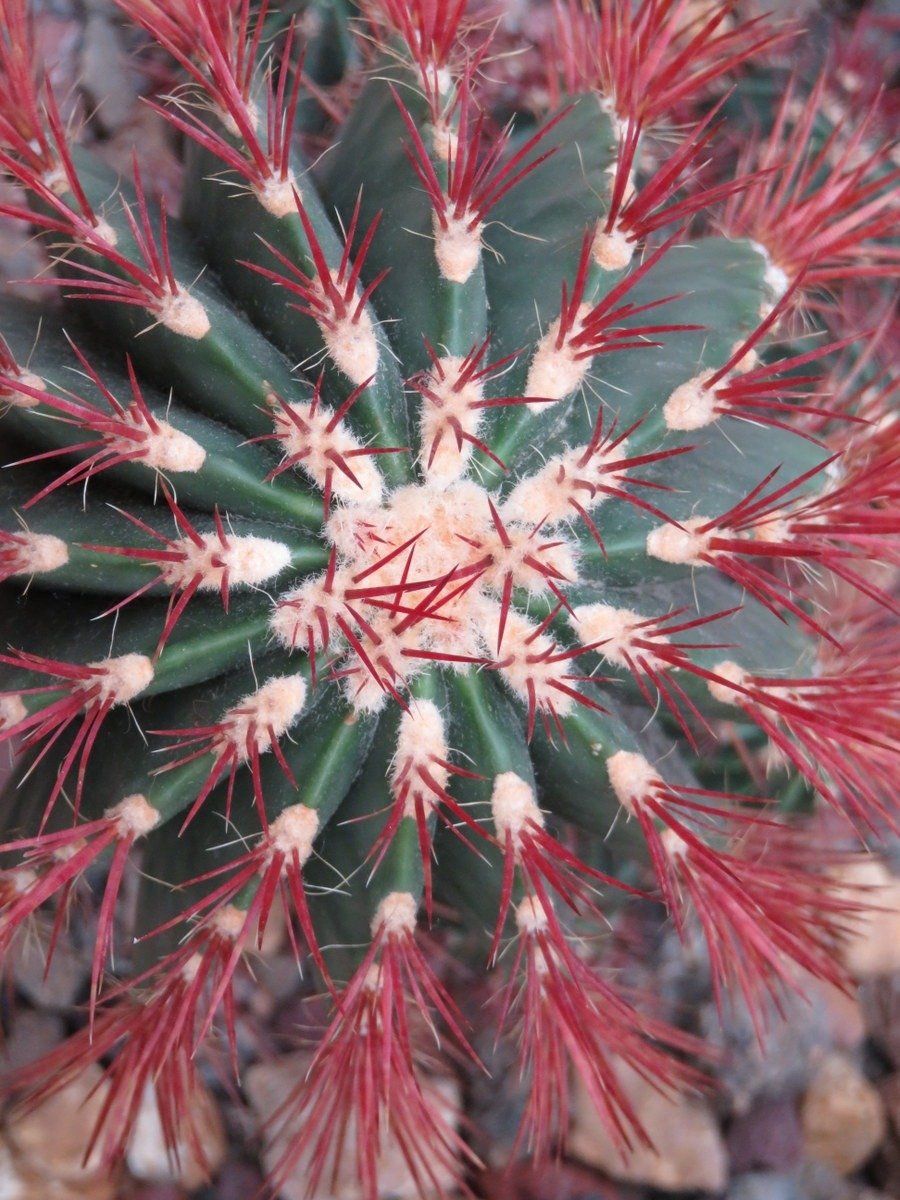 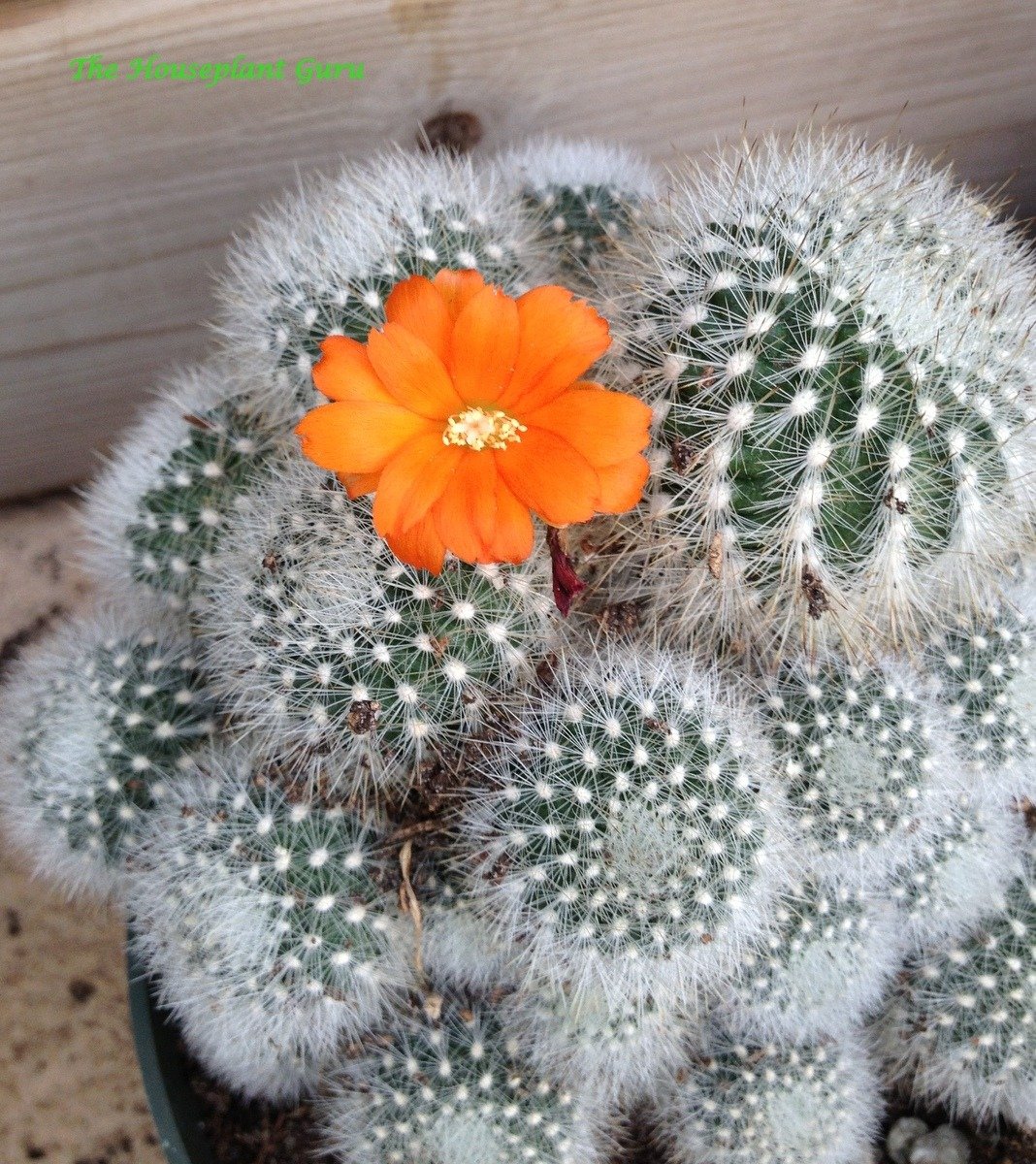 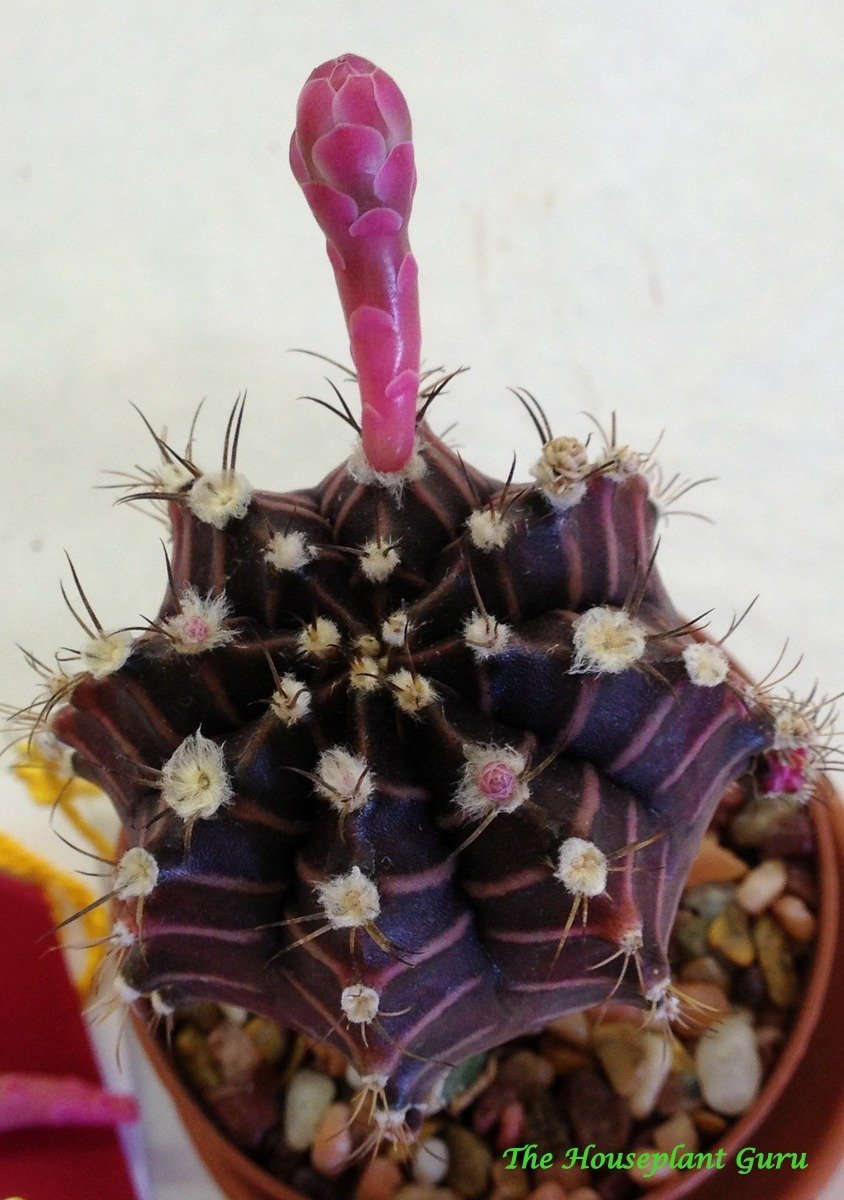 Another misconception  I would like to clear up is the idea that Thanksgiving, Christmas, and Easter cacti aren’t cacti. They are and they hail from rainforests where they grow as epiphytes in trees. (And there is a difference between the three types.) As you can see, the ends of the flattened stems have areoles from which the flowers arise. 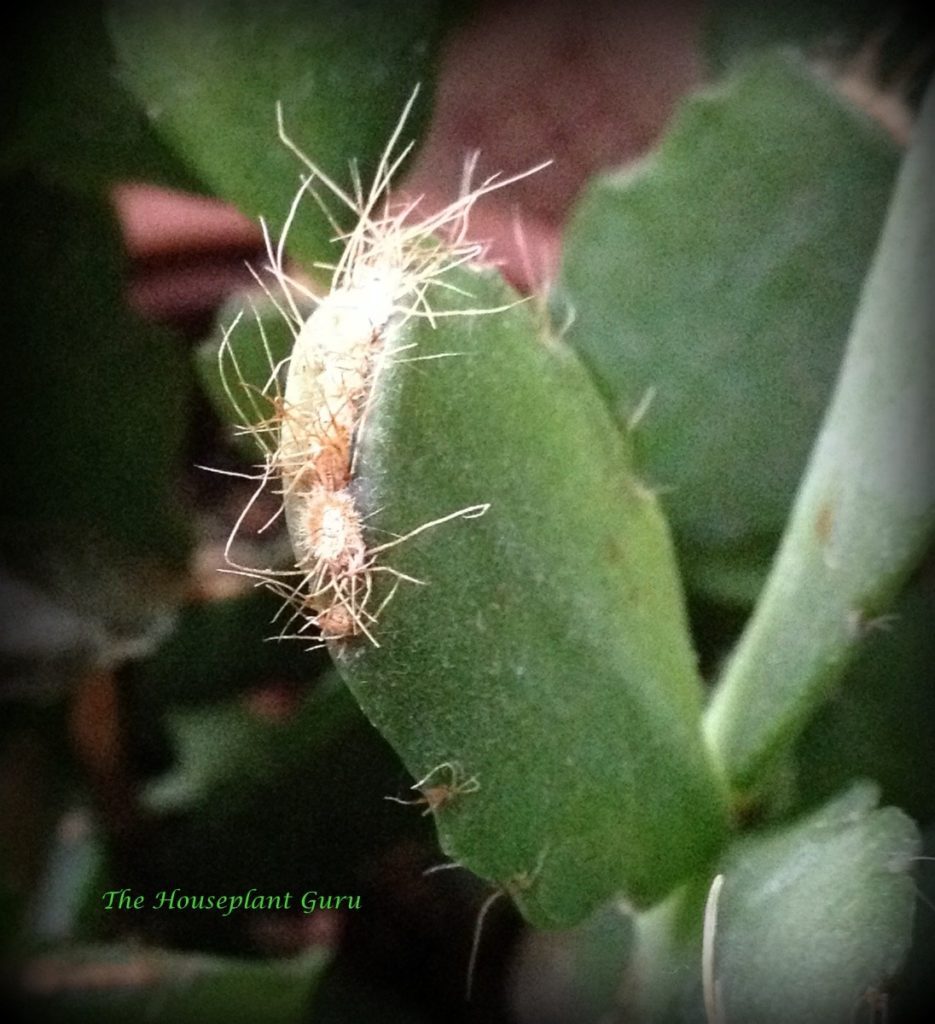 The areoles of an Easter cactus (Rhipsalidopsis) 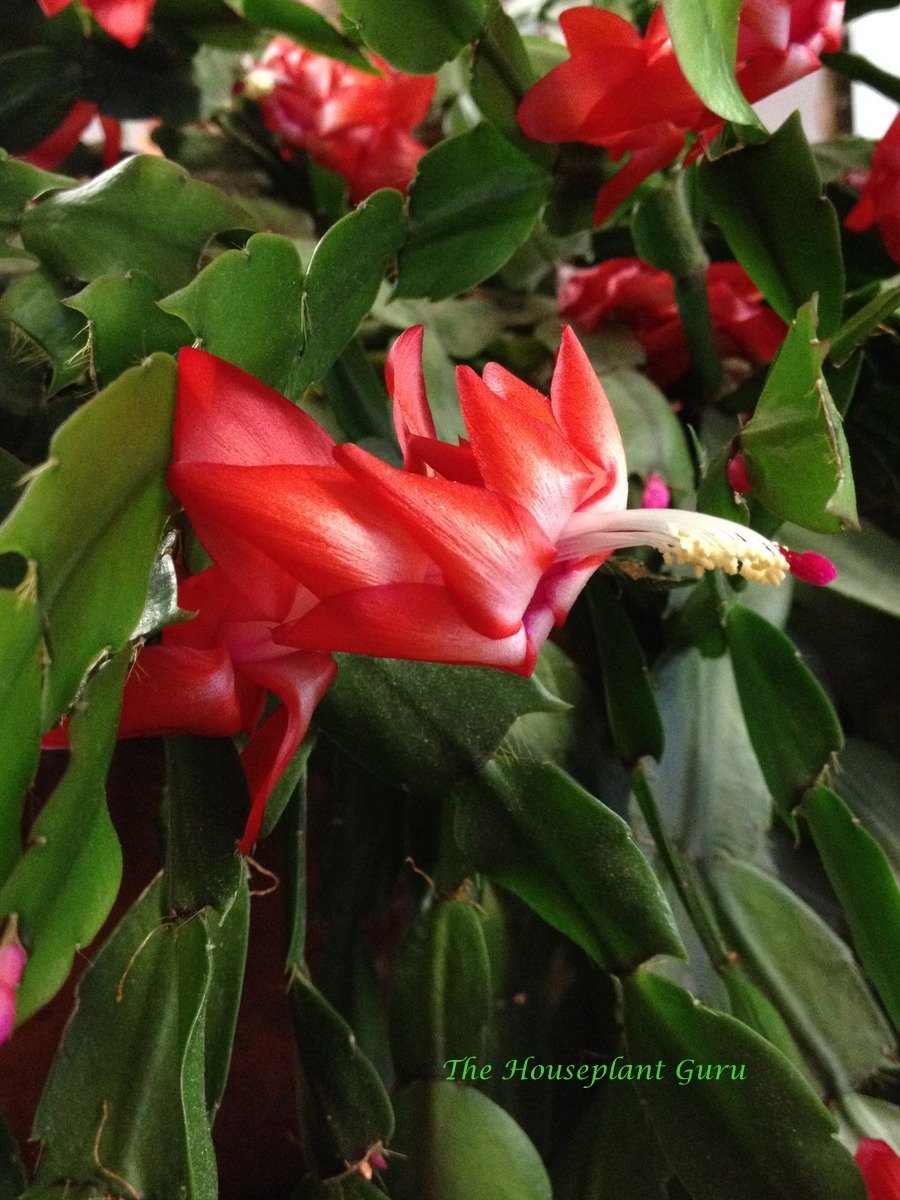 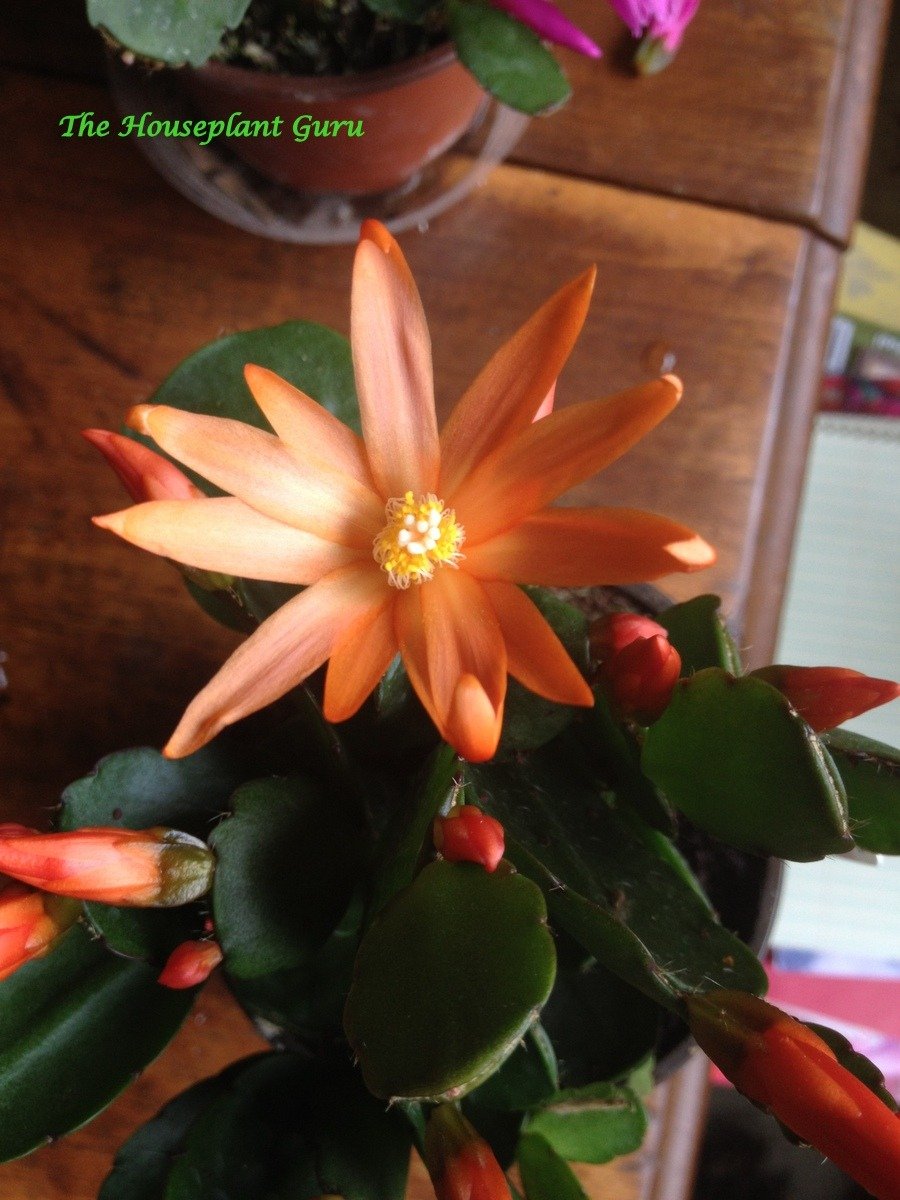 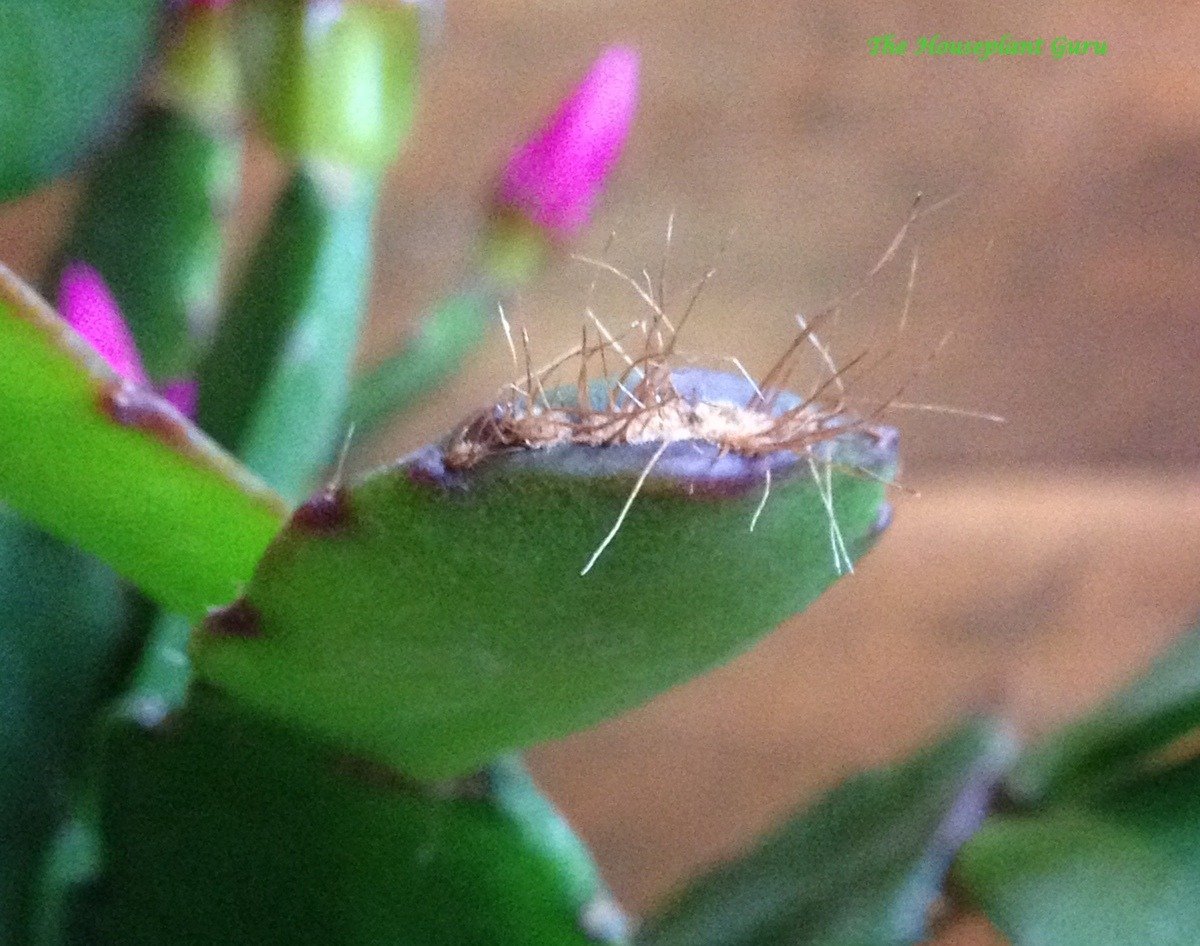 I hope this has cleared up any confusion about the difference between cacti and succulents. It was confusing to me, as well, until the difference was explained to me.