Making Babies (Plant Babies, That Is) 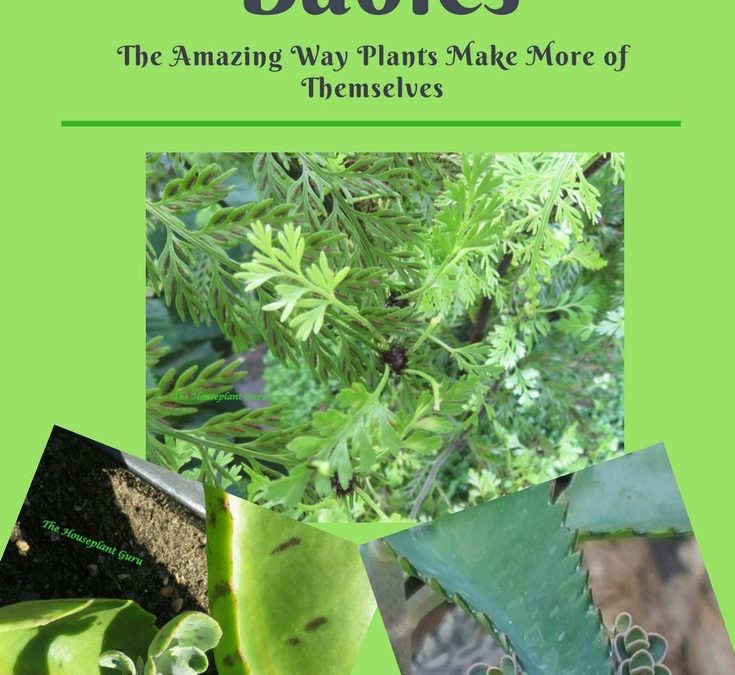 I visited a garden last weekend and was amazed to see a huge Mother Fern (Asplenium bulbiferum) in a bonsai pot. But even more amazing than that, if you’ve never seen this fern, is its ability to make babies on its leaves. 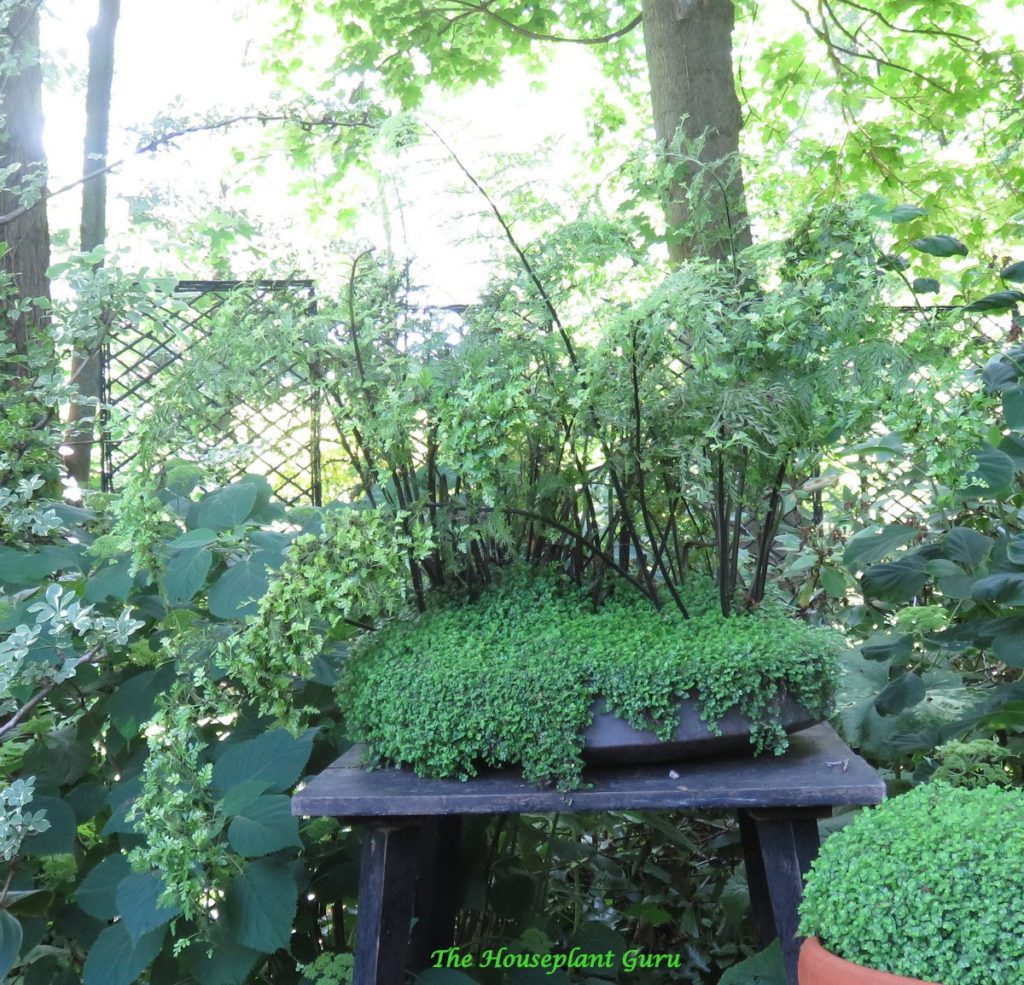 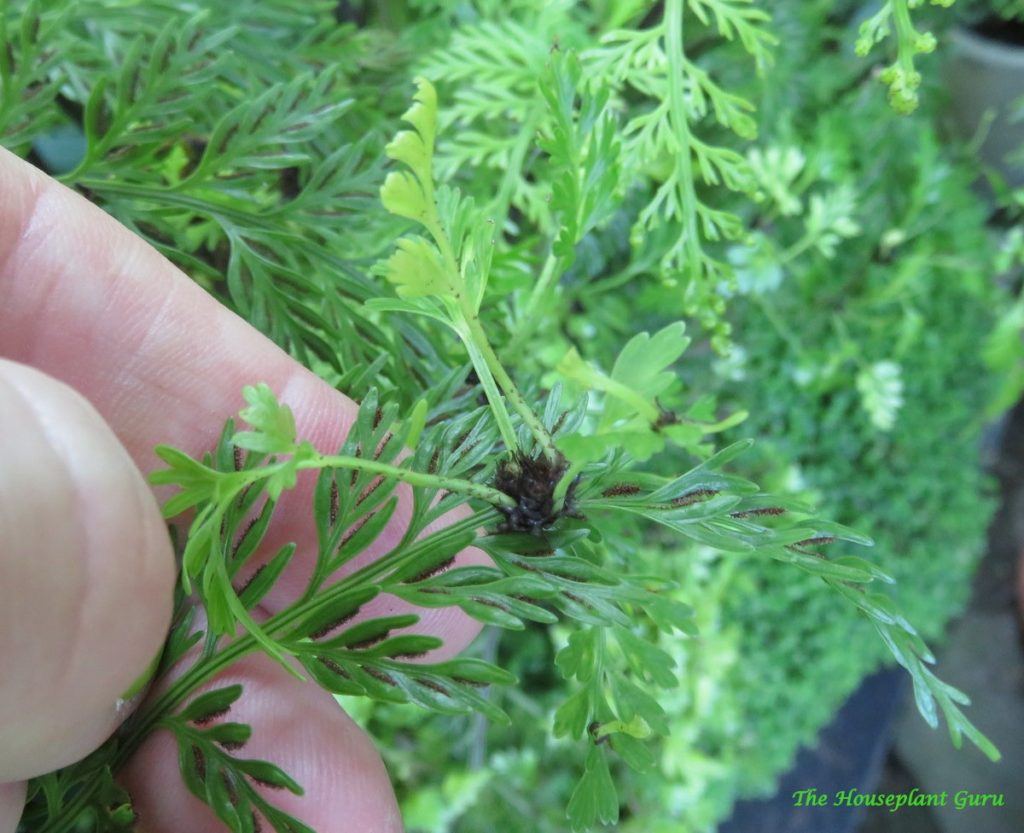 The mother fern is in the same genus as the bird’s nest fern or Asplenium nidus, but the mother fern (Asplenium bulbiferum) makes small bulbils on the edges of its frond. They fall off and if they fall into the correct medium, and have the correct conditions, they will grow and form a new fern. 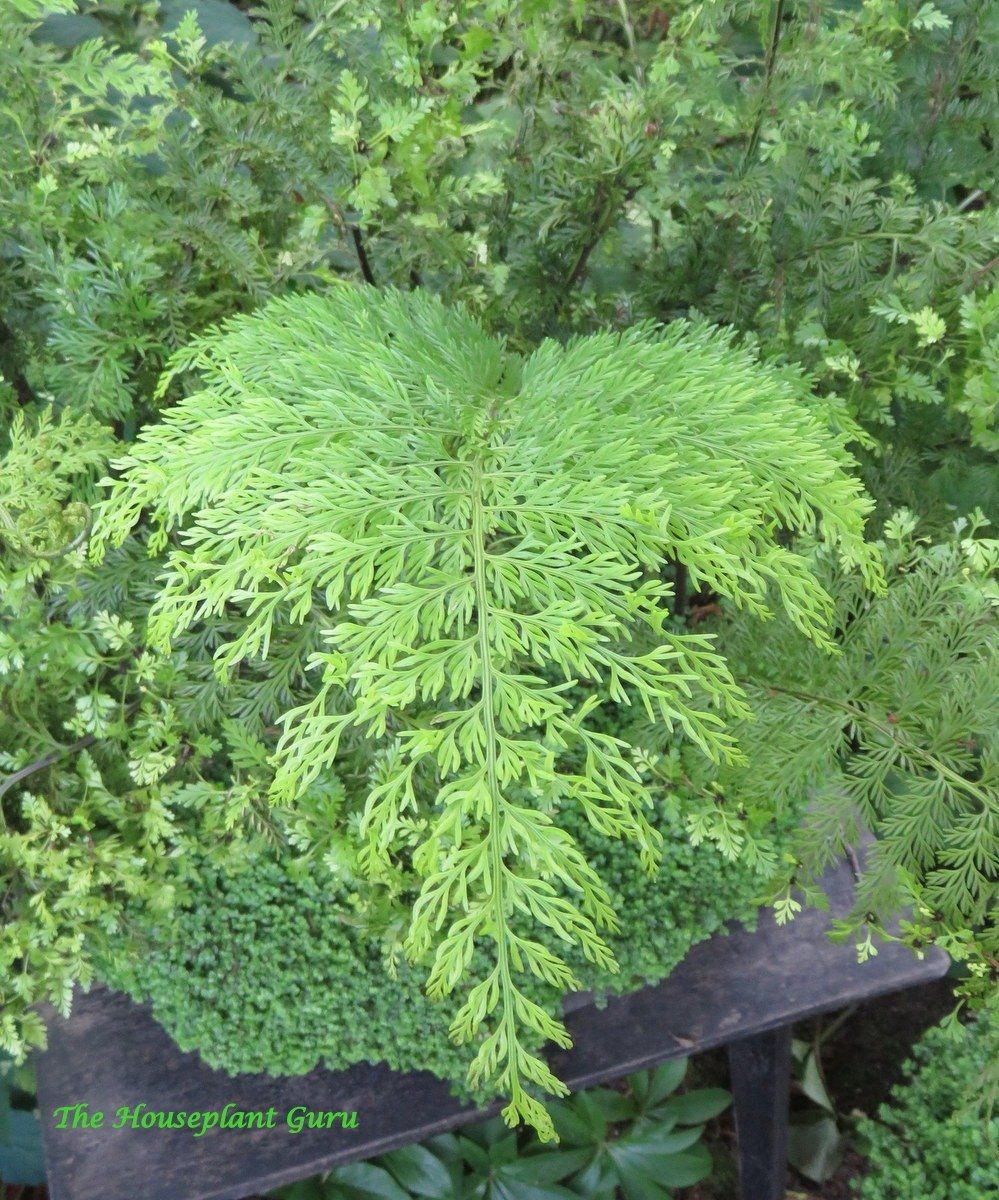 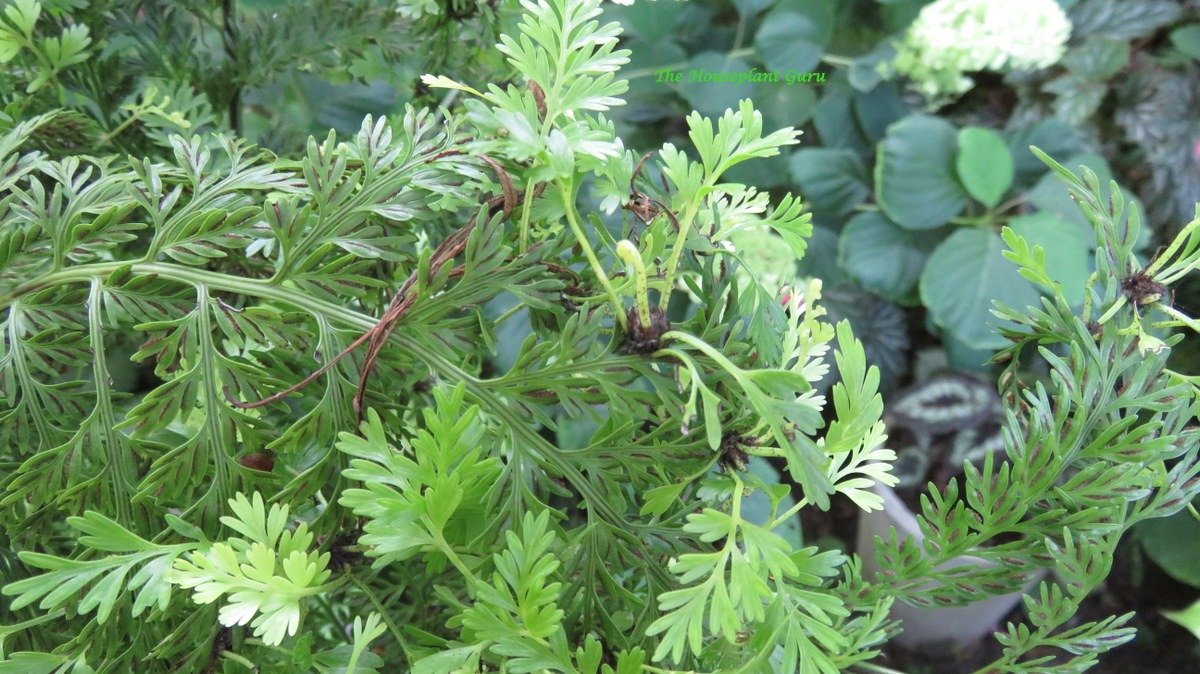 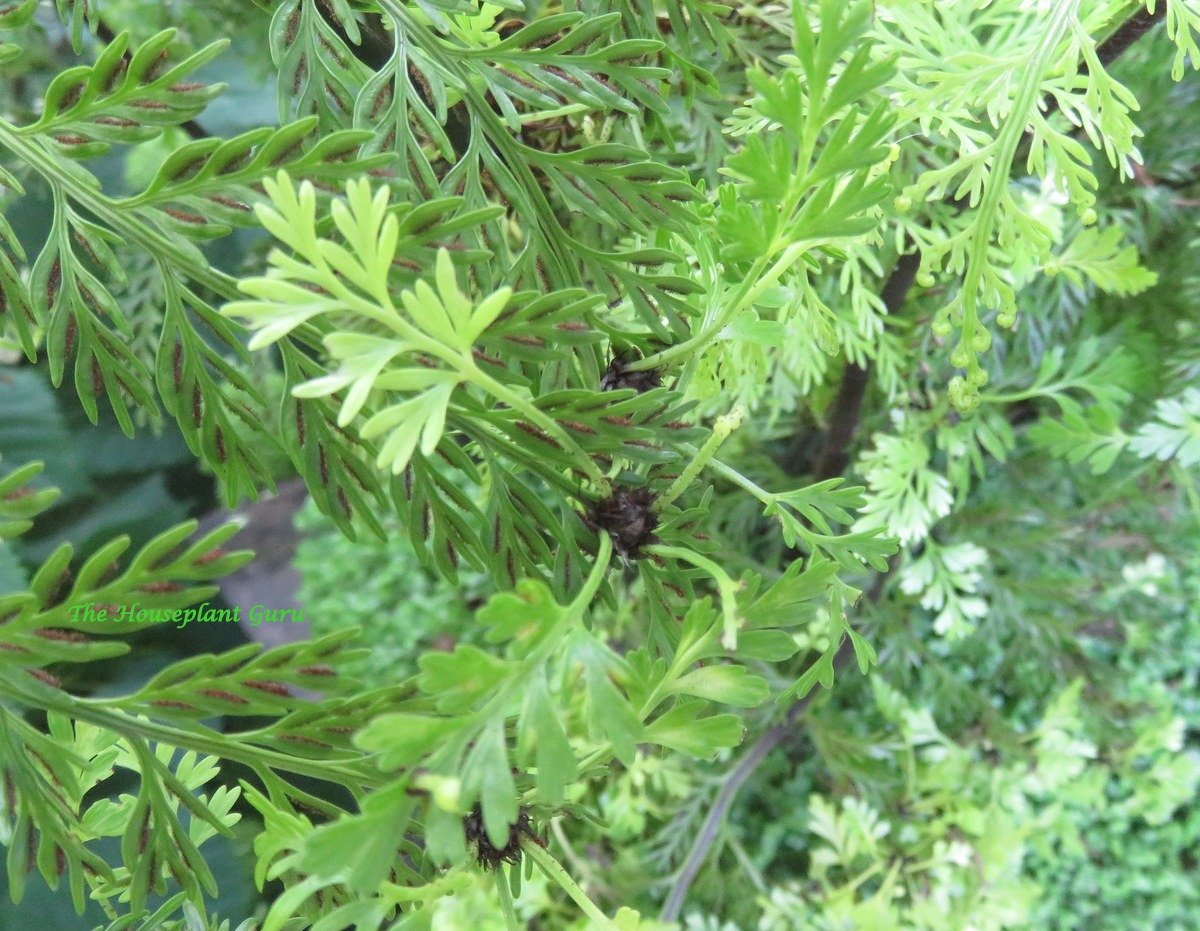 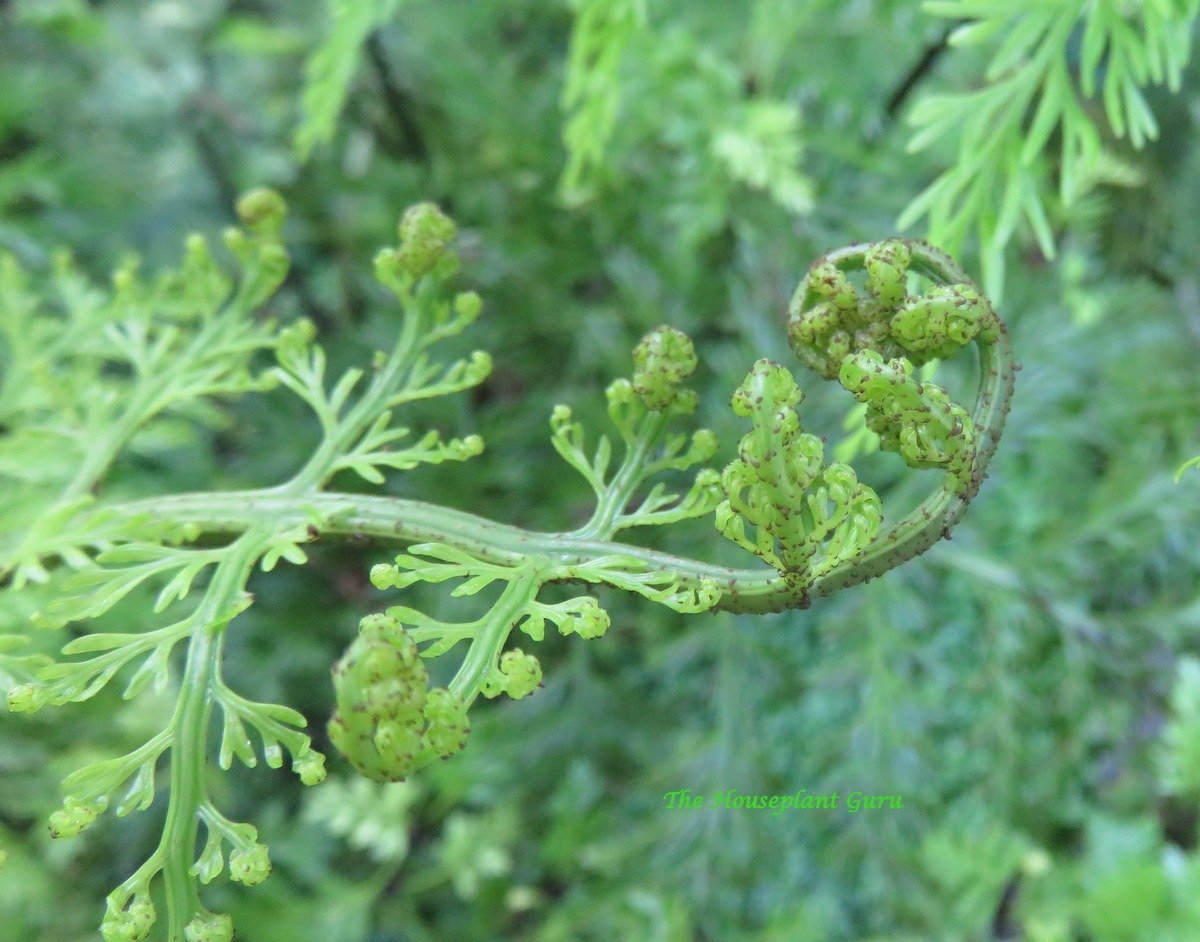 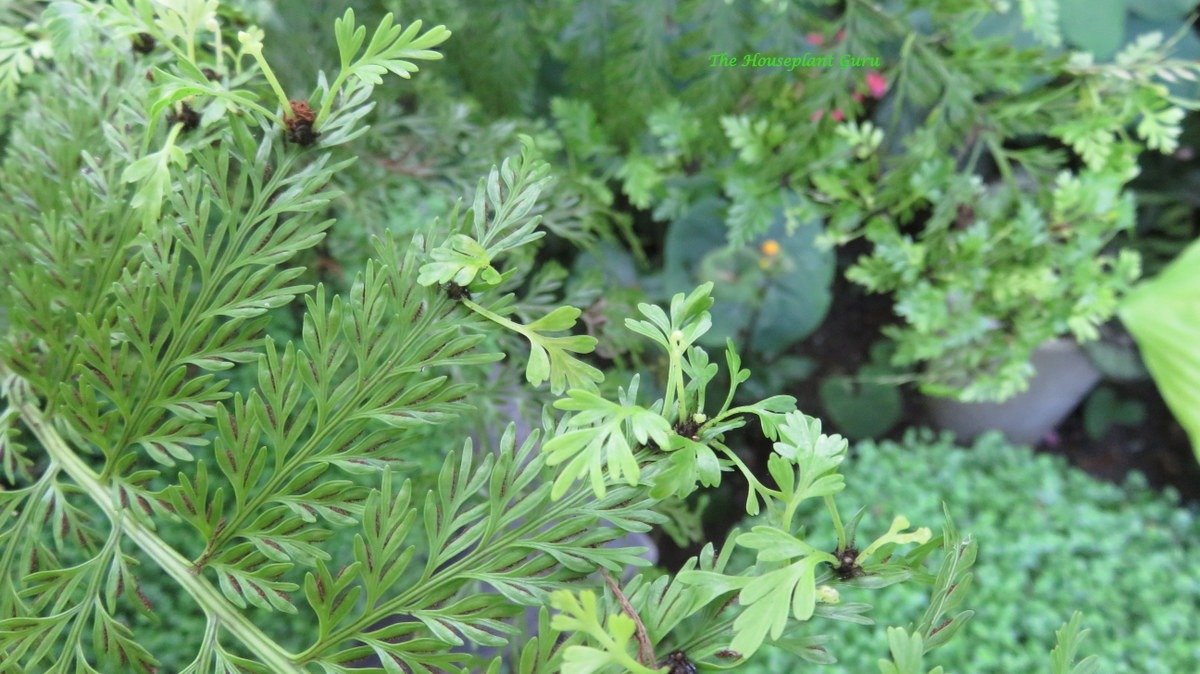 These ferns need high humidity so when I received a few bulbils a few months ago, I put them in a small jar to keep them humid and safe so I didn’t lose them. They really are very small as you can see from the pics with my hands. They finally outgrew the small jar I had them in, so yesterday I put them in a larger jar. Hopefully it will attain the size of the one in the bonsai pot someday. I thought they needed to be in a jar a little longer until they are larger. 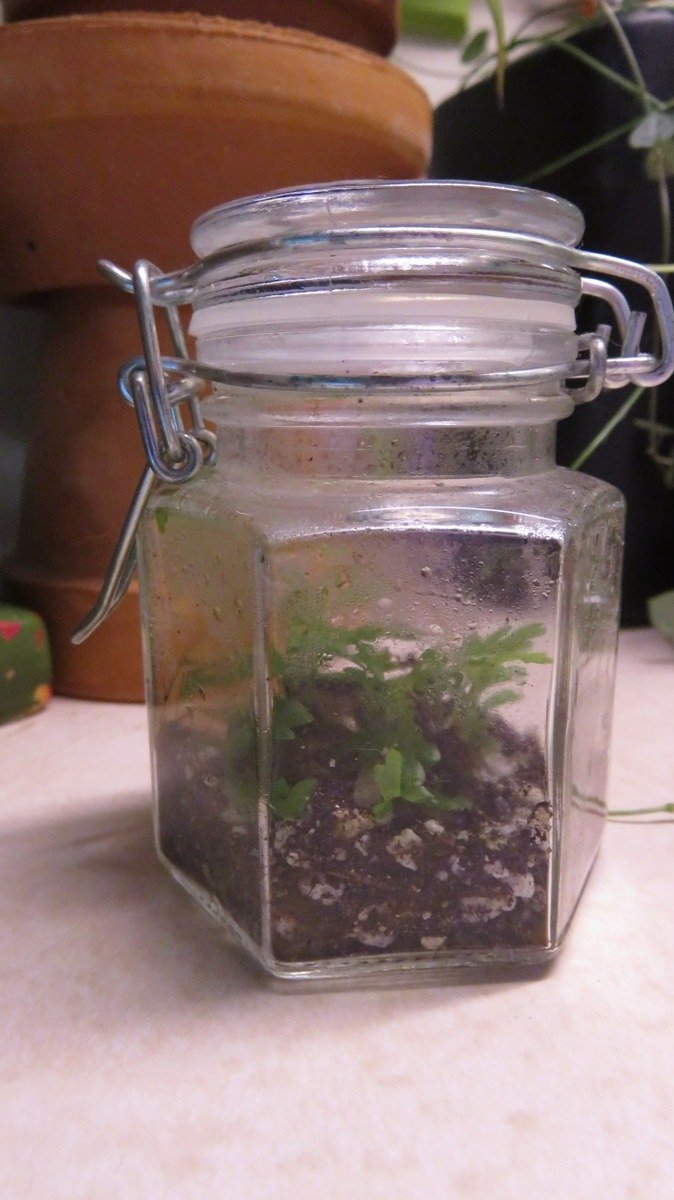 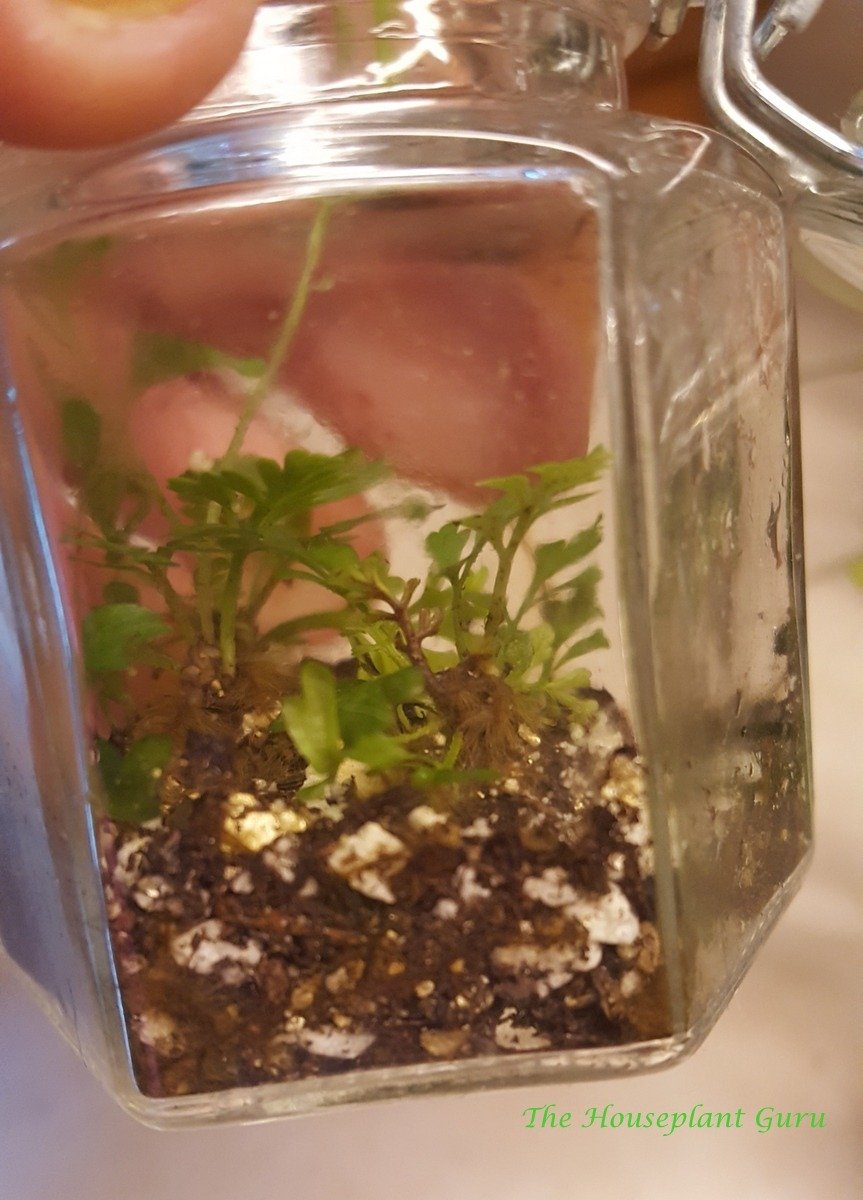 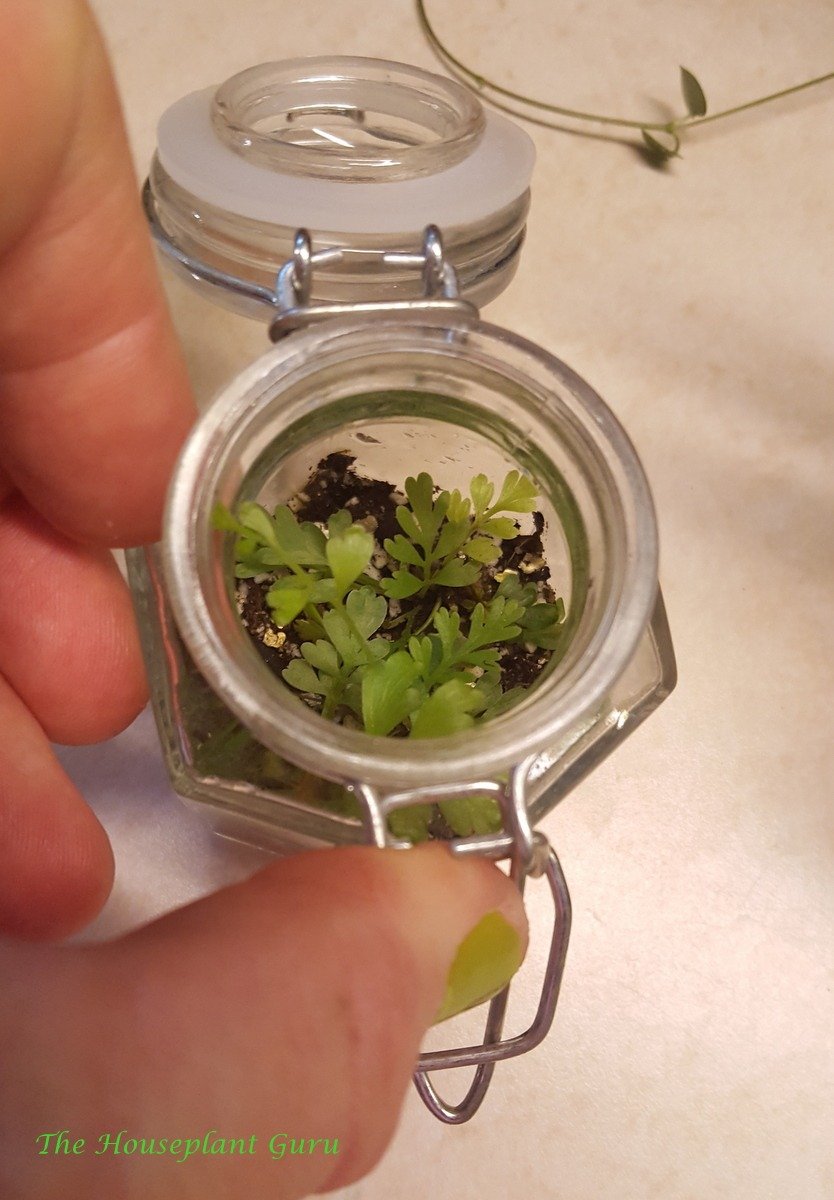 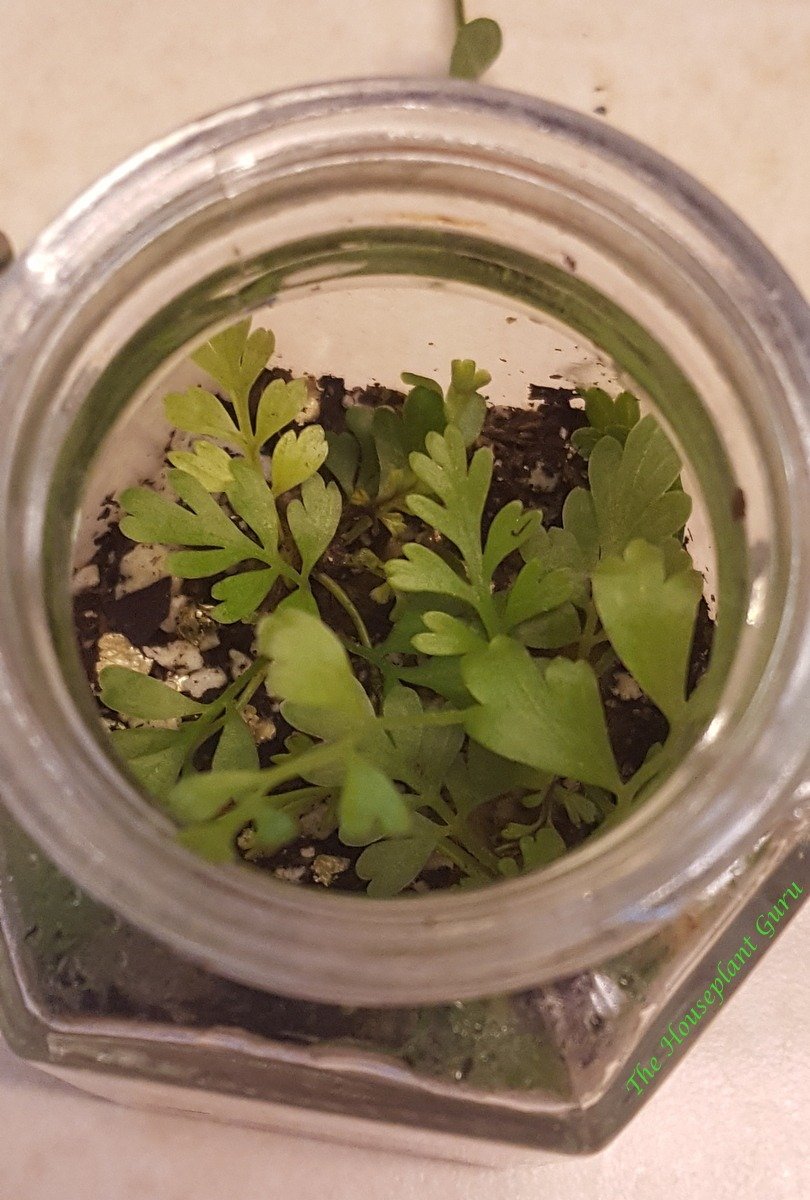 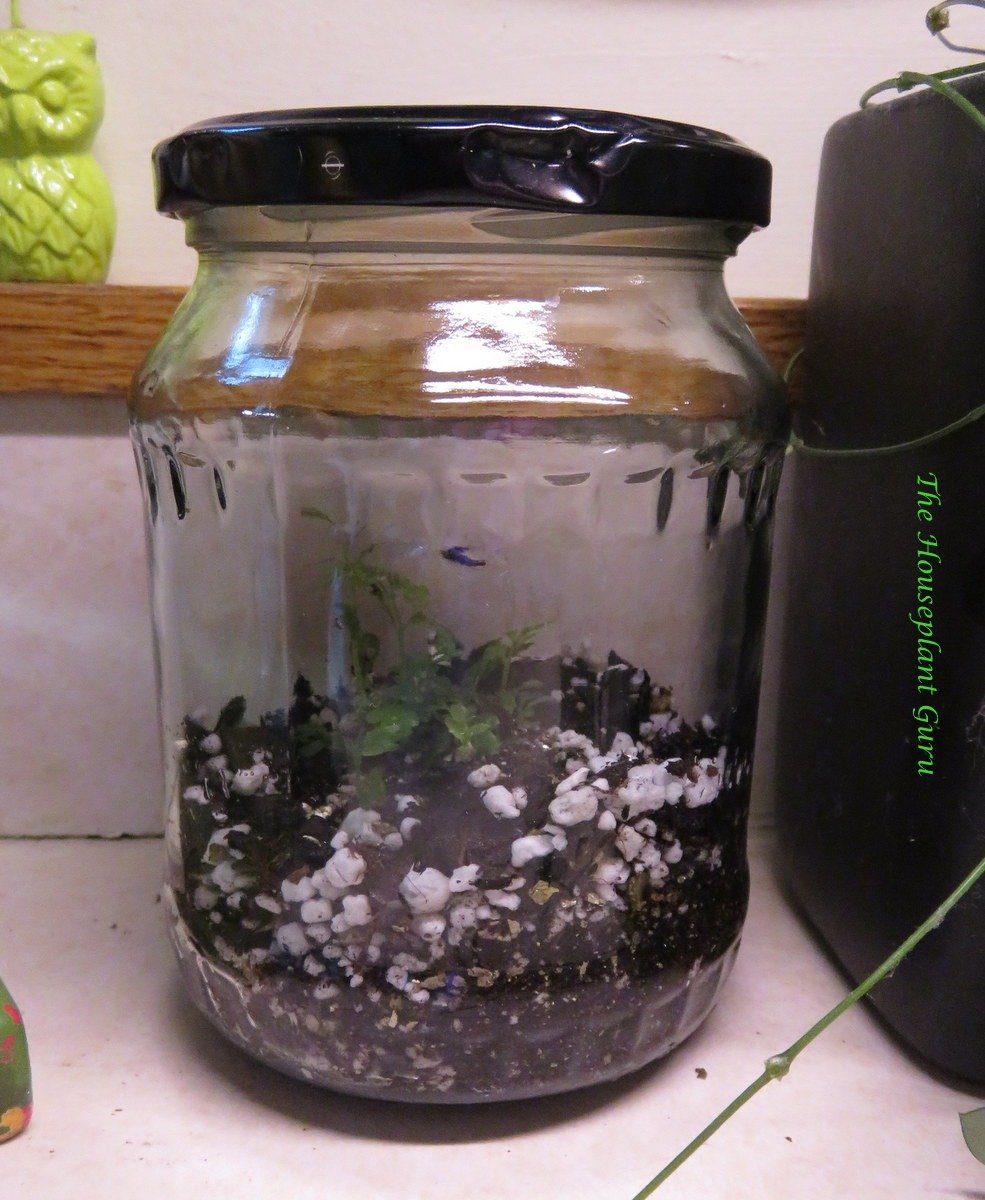 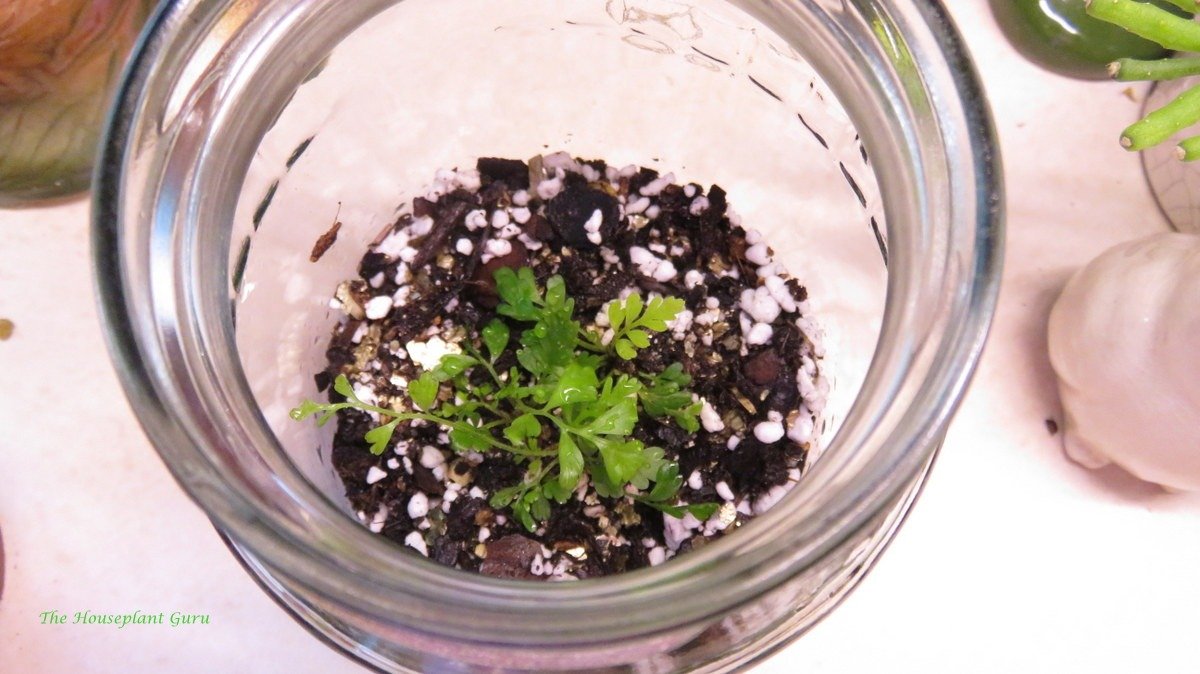 There are two more plants I want to show you that also make new babies on the edges of their leaves. I think this plant process is so amazing!

The first is the Mother of Thousands (Kalanchoe daigremontiana), which if you’ve ever been in a greenhouse that sells this plant, it will be crystal clear why they call it that. The small plants on the edges of the leaves fall everywhere and grow everywhere. It’s pretty cool, really, but it is a prolific plant. 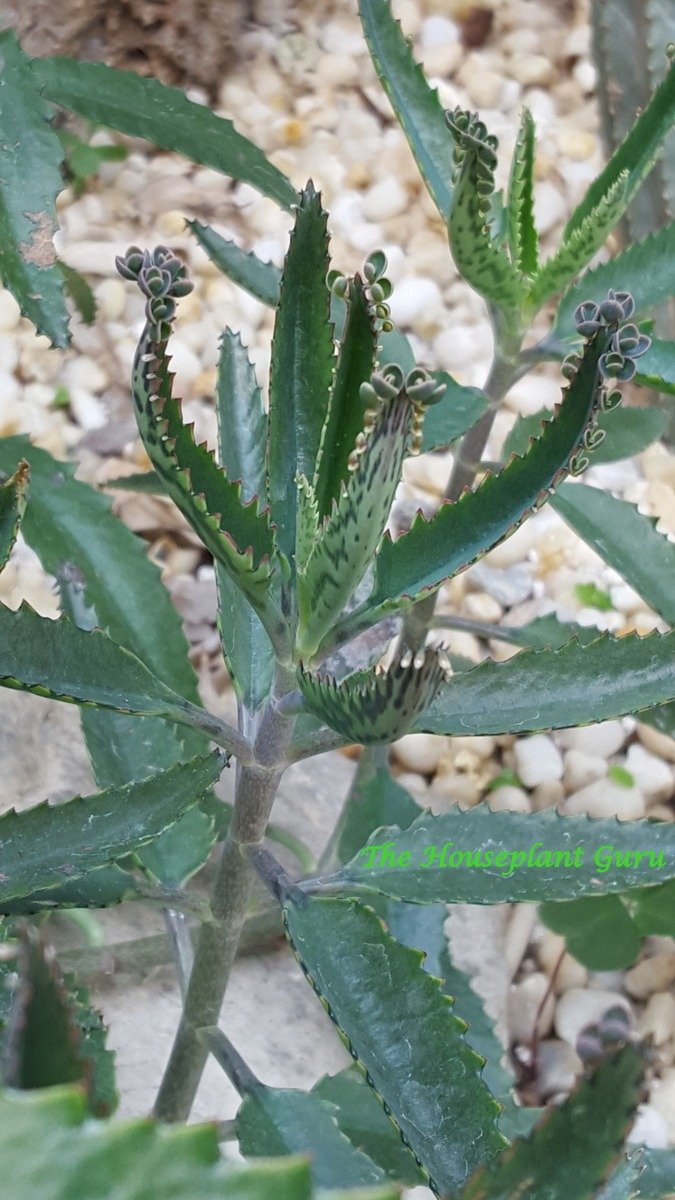 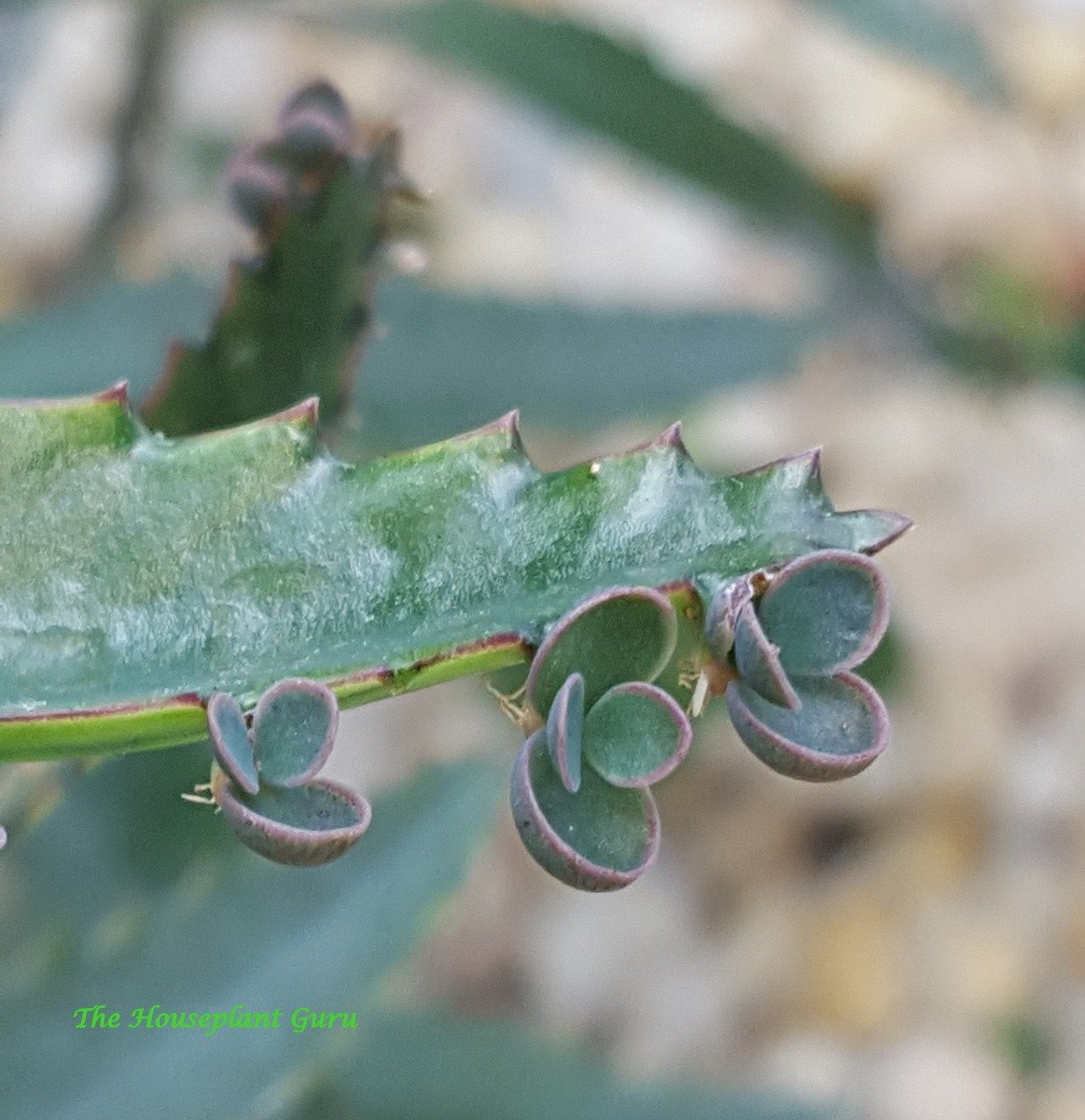 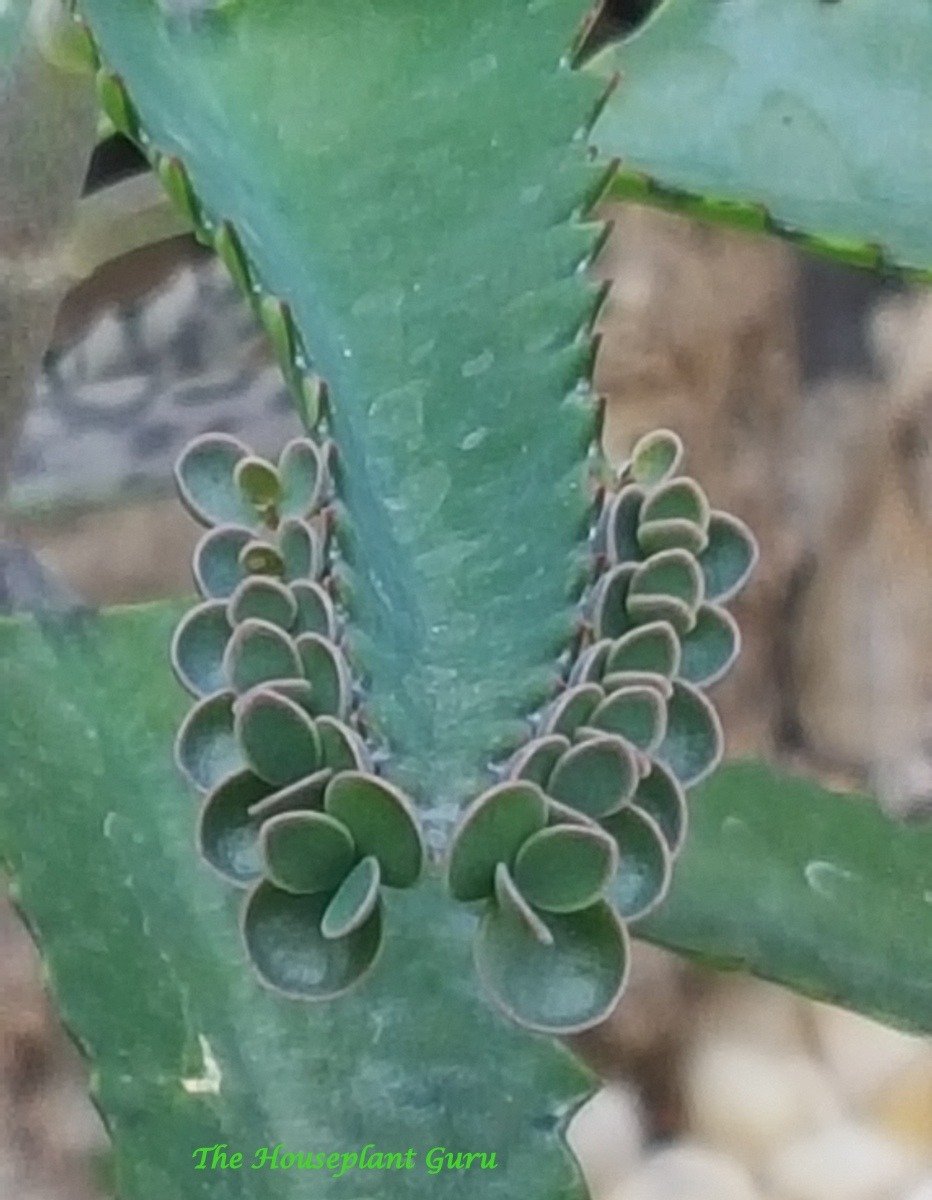 The next one, and I’ve only seen it a couple of times, is the donkey ears plant or Kalanchoe gastonis-bonnieri. The leaves can grow 12-20″ long and forms small versions of itself on the leaves like its cousin. 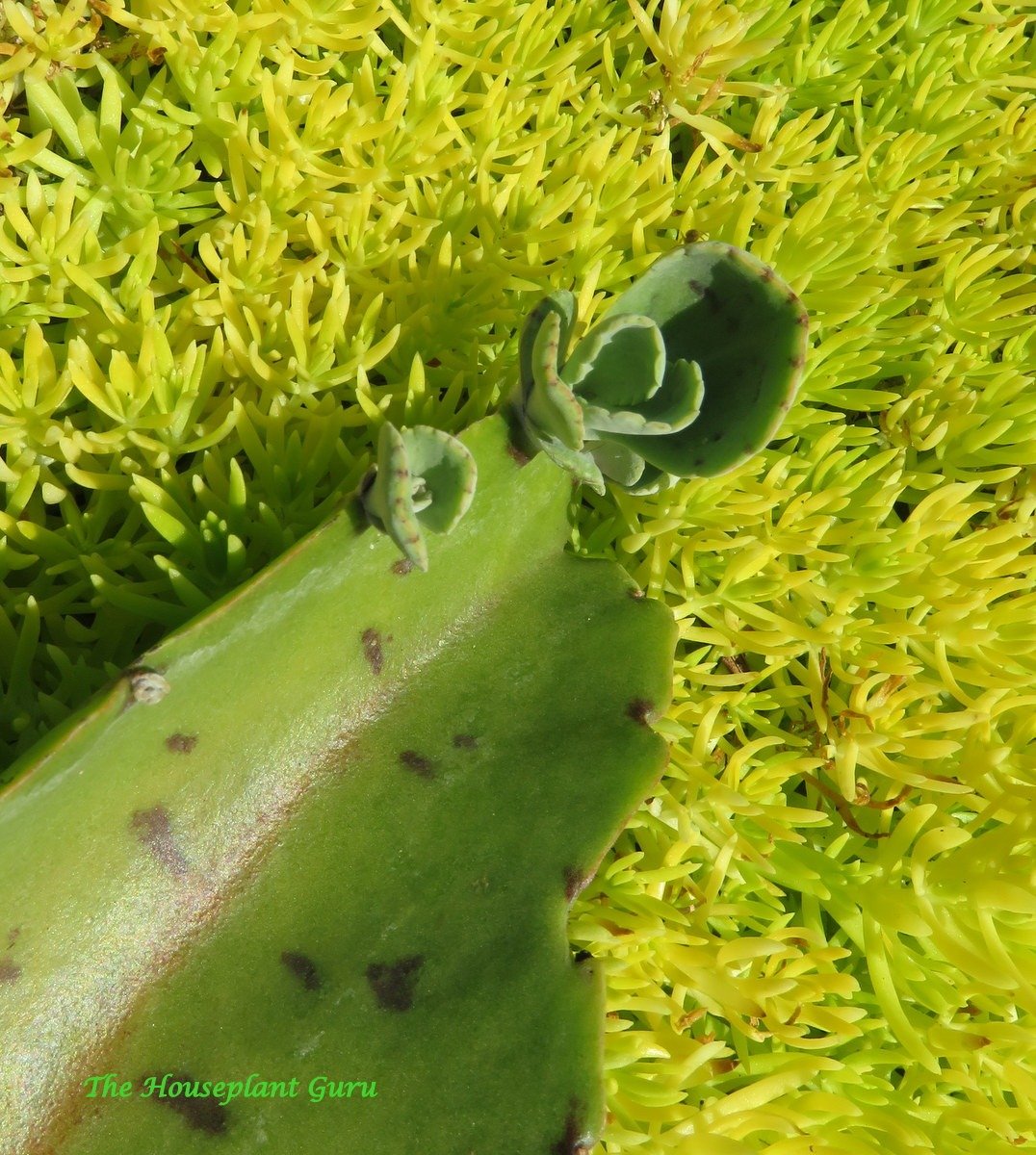 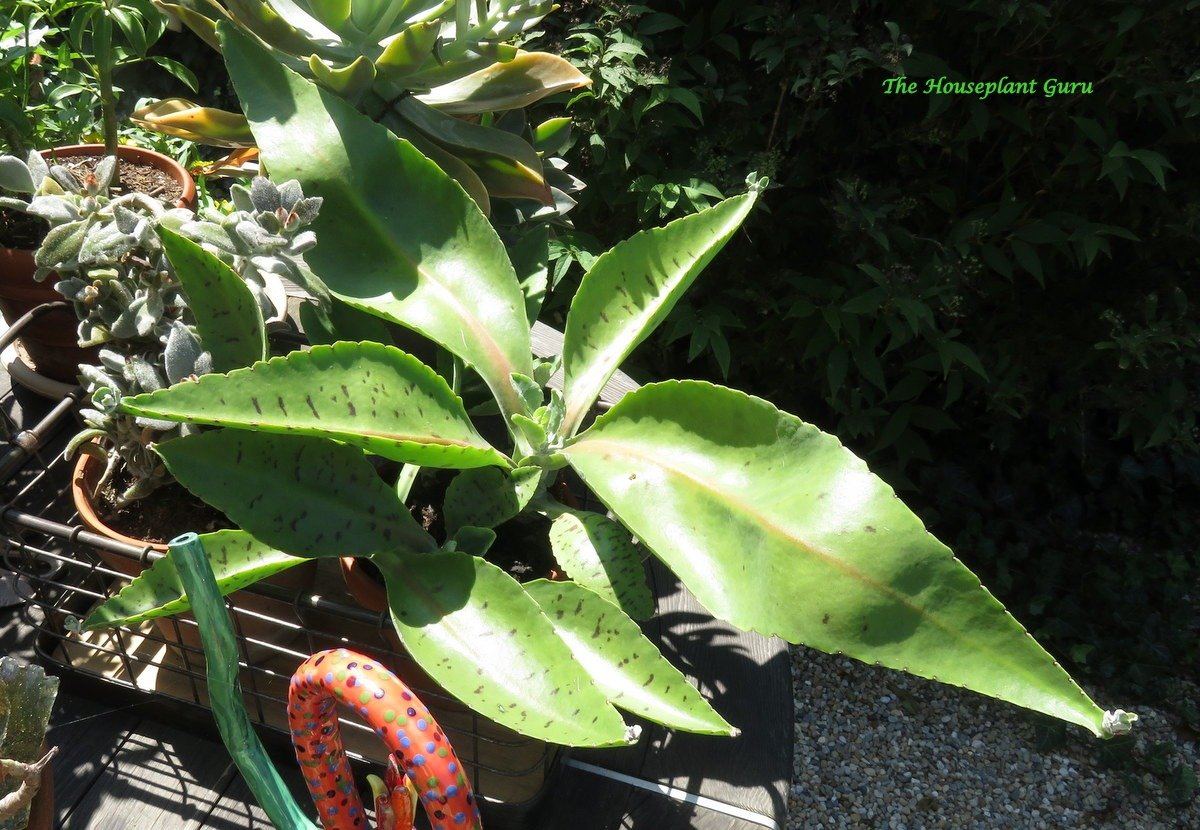 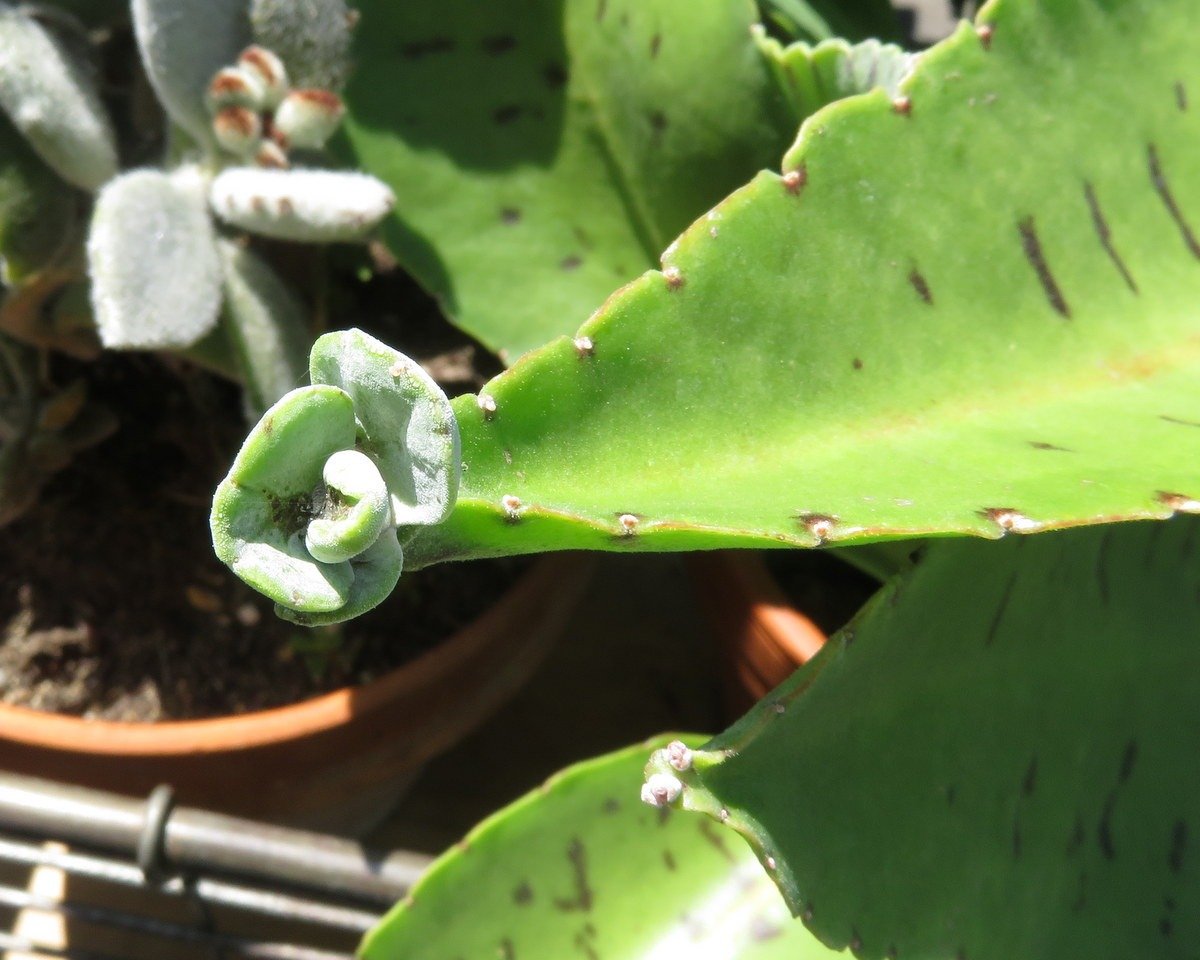 I’m always amazed by plants, but these ones really “take the cake”. The way they make little babies on the edges of their leaves is really unique. Have you ever seen these plants?