I Was Honored to Meet Elvin McDonald, Famous Plant Writer 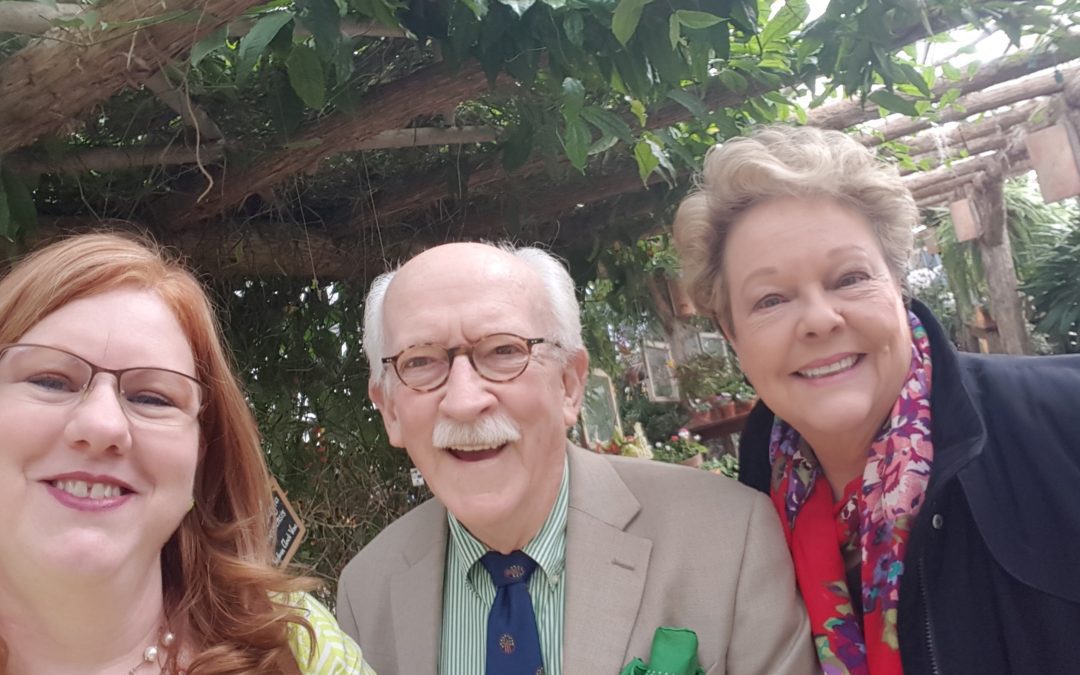 I have, for many years, wanted to meet Elvin McDonald. Who is that, you may ask. Yet, if you like houseplants, as I am assuming you do, since you are reading this blog, you have to know who Elvin McDonald is. He has written over 75 books, many of them about houseplants. He is my houseplant idol, so, I have to tell you that meeting Elvin has been on my bucket list for many years. I missed meeting him about 5 years ago in Ohio at a trade show, as I didn’t know he was there. I cried when I found out, I was so disappointed. I teared up again when I finally met him Saturday at the Greater Des Moines Botanical Garden.

We attended a wonderful lecture at the garden by James Baggett, editor of Country Gardens magazine. We then went to lunch together with Elvin’s  partner John, and my friend and traveling companion, Nancy Szerlag. Yes, I sat next to Elvin at the lecture, and had lunch with him. I was in heaven! What a lovely man. He gave us a tour of the Gardeners Show House, which he designed in 2007, and where he volunteers every Friday morning, making sure the plants in that part of the conservatory are looking pristine. The picture below shows him by the plaque placed in the show house in his honor. (I will show you more of the conservatory and plants in a later post.) 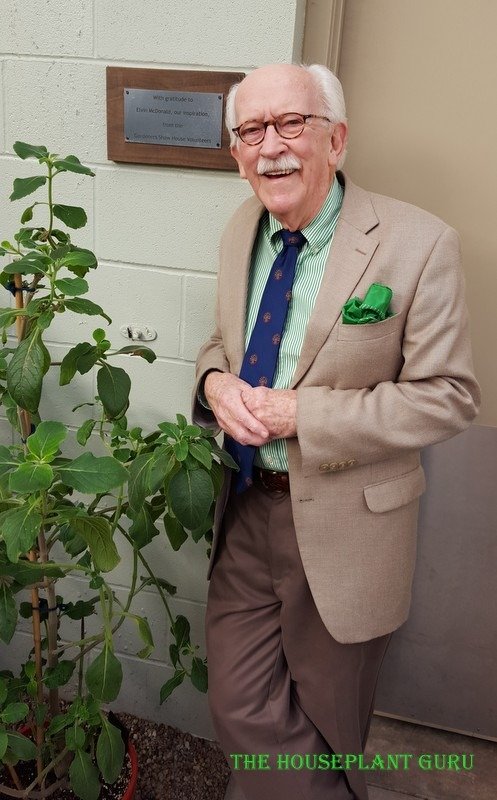 Elvin started life in Oklahoma, and grew his first houseplant (a bean plant) in his home at the tender age of 3 years old. At age 14 he started the American Gloxinia Society, which is now the Gesneriad Society and he joined the Garden Writer’s Association that same year. In 1956 he was one of the founders of Flower and Garden Magazine. He lived in New York for many years, gardening in an apartment which was full of plants and flowers. He was the Senior Staff Editor of House Beautiful magazine and also was a gardener at the Brooklyn Botanic Garden. In 1992 he moved to Texas, where he hosted a television program. Not staying long in Texas, he moved to Des Moines, Iowa to become the Senior Staff Editor of Traditional Home and Better Homes and Gardens magazines.  In 2008, he became the director of the Friends of the Des Moines Botanical garden and retired from the Meredith Corp. in 2009. He also was the primary consultant for Gardens of the World with Audrey Hepburn.

On Saturday, we attended a talk he was presenting on Audrey Hepburn and the making of the Gardens of the World programs. This program was at the Terrace Hill house, which is the governor of Iowa’s residence and a beautiful Victorian home. Elvin is in charge of the gardens at Terrace Hill. When he retired from the botanical garden in 2013, a daffodil from Brent and Becky’s Bulbs, was named ‘Elvin’s Voice’ after him. What an honor! It is obvious that Elvin loves plants, and volunteering his time to help keep the conservatory and Terrace Hill beautiful. He also heads up the volunteers called the Weekly Weeders at his church, keeping the grounds beautiful. He is a busy man! Amazingly enough, I’ve only briefly touched on the many things Elvin has been involved in. I’m waiting impatiently for his memoir which he is currently writing.

While we were touring the show house with him and later while we were touring the conservatory on our own, I observed Elvin deadheading spent flowers and leaves as he noticed them. That is the sign of a true plants person, in my opinion. Grooming plants is therapy, as he writes about in my favorite book of his, Plants As Therapy – “….but I believe that plants have enormous potential for maintaining emotional stability and actually improving lives of human beings.” I couldn’t agree more! 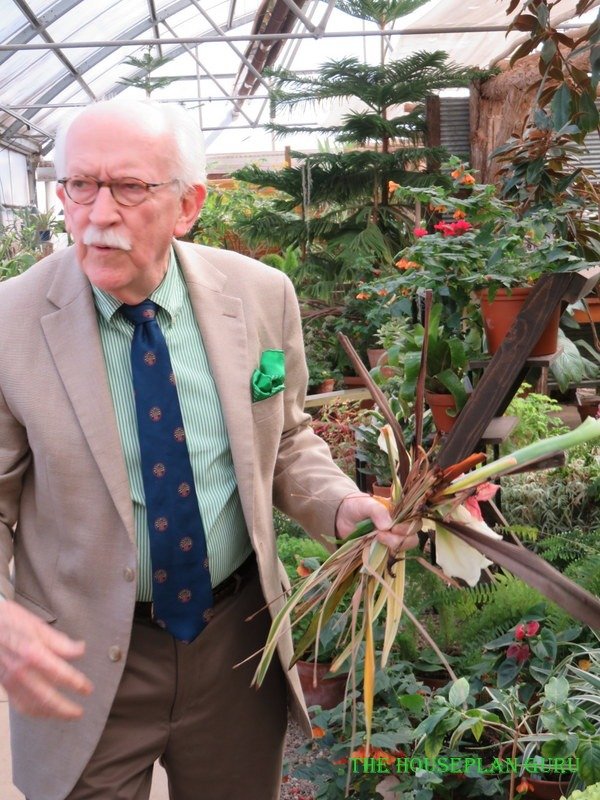 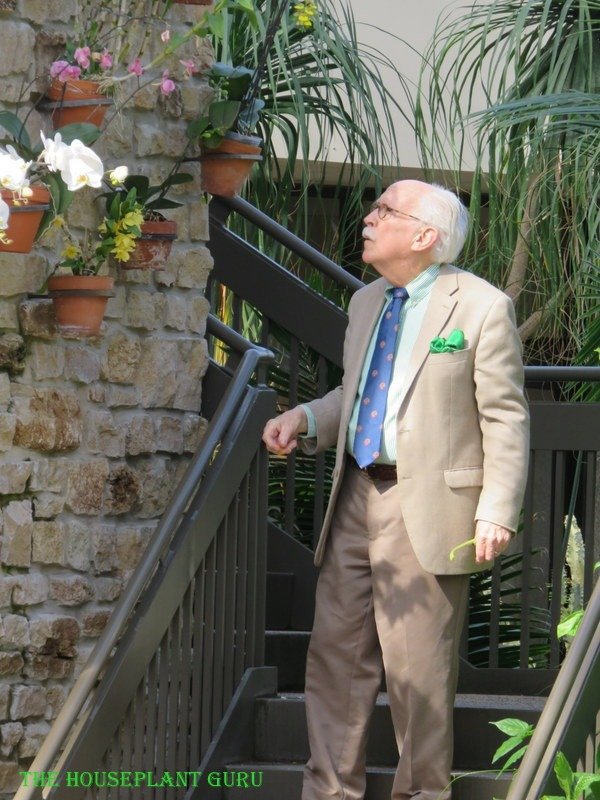 Checking out the plants 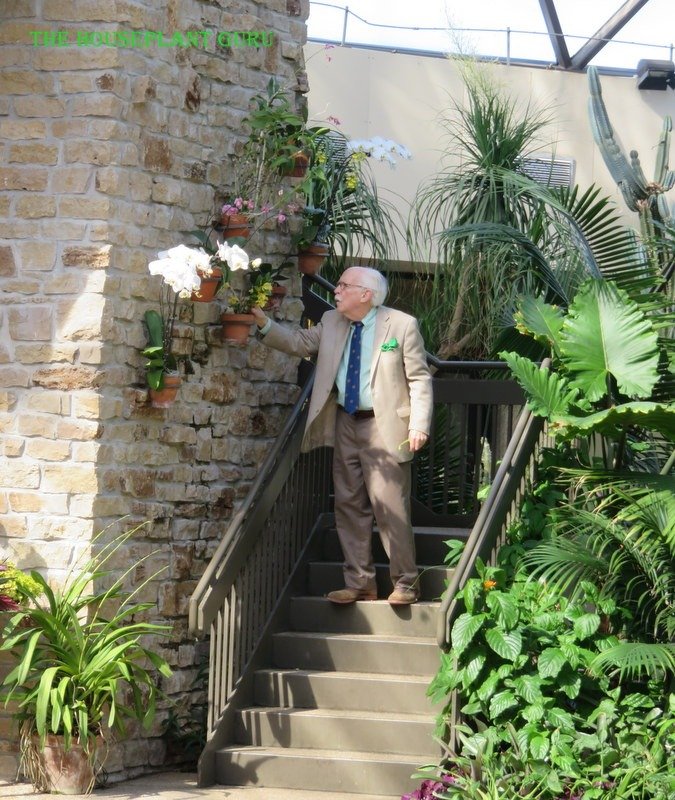 It’s still hard for me to believe that my dream came true, and I had the privilege and honor to meet this amazing author and fellow houseplant lover. And, I’m sure he is happy that I only brought 7 of my many books of his that I own, for him to sign. 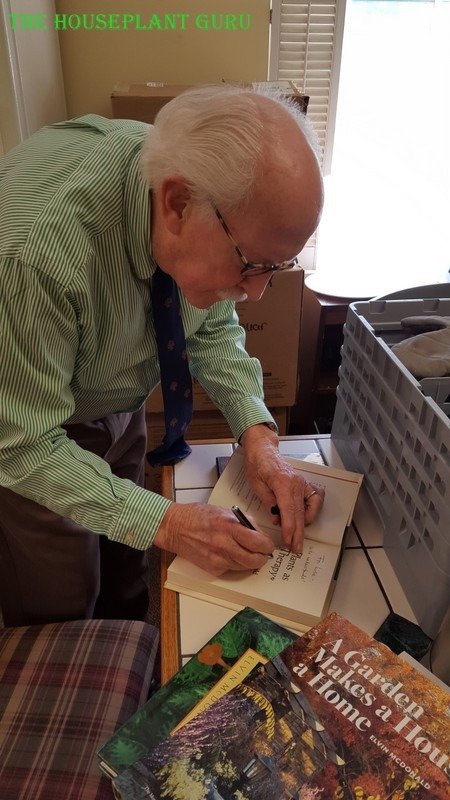 Graciously signing my many books! 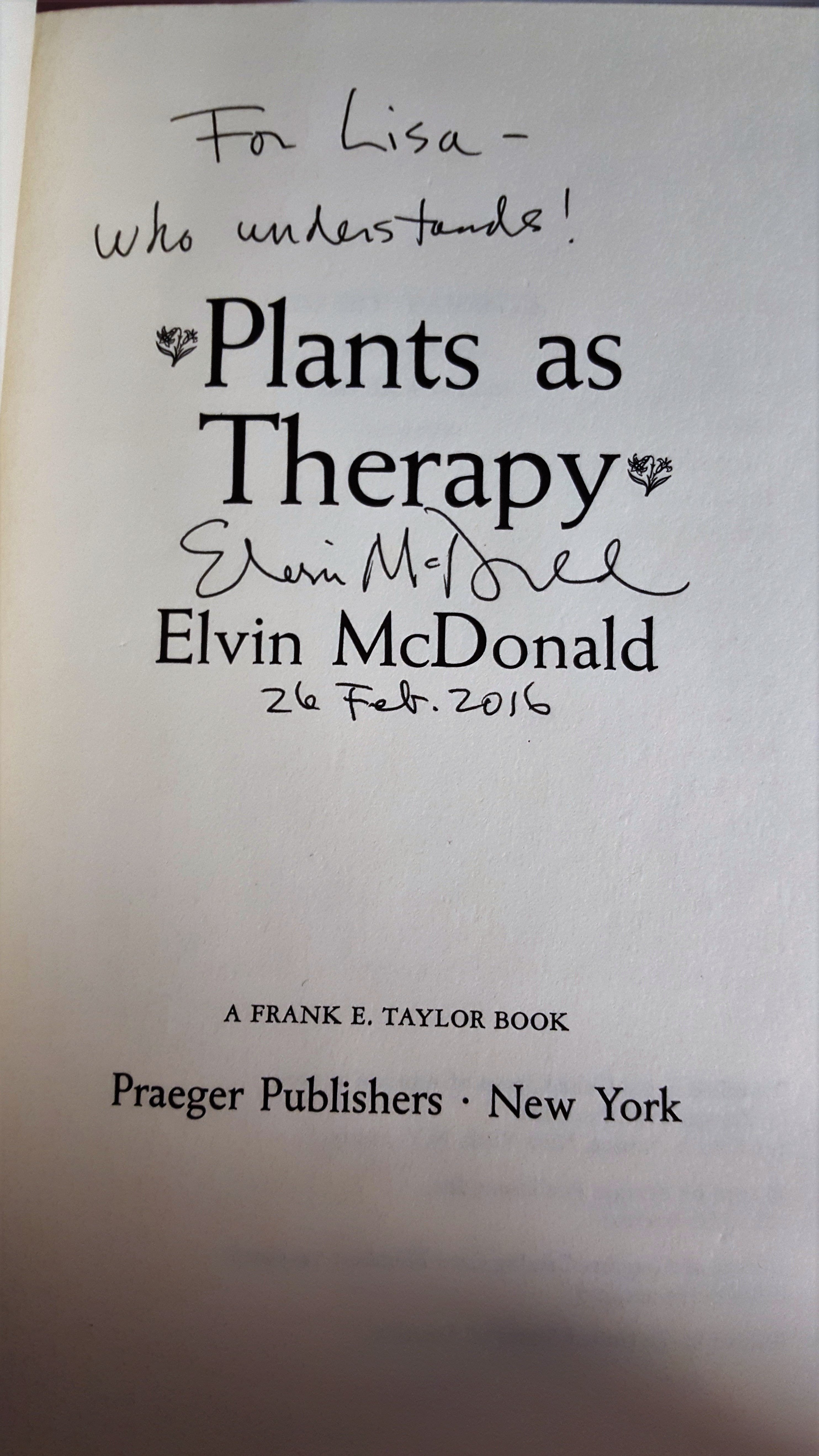 Thank you Elvin and John for your wonderful hospitality extended to Nancy and me on our visit to Des Moines and I hope we can visit again. We had a wonderful time and it really was one of the best days of my life!

Is there someone you’ve always wanted to meet? Have a great week, plant friends!