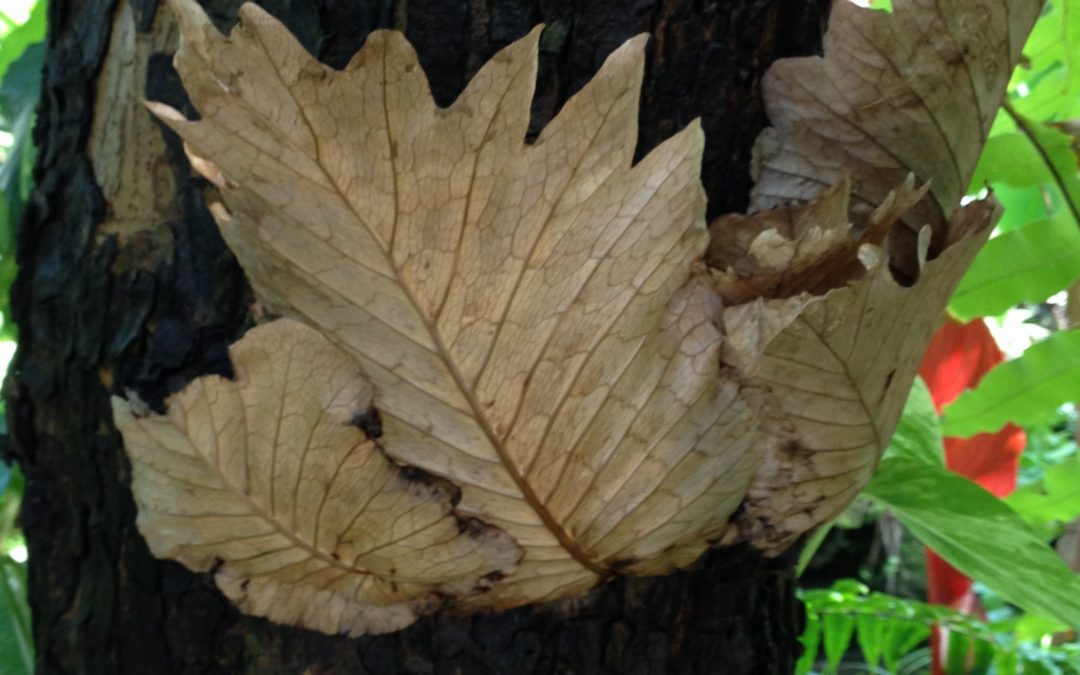 I have to say, I am fascinated by epiphytes. It is so amazing to me that plants can grow without soil.  I’ve always loved the stag horn ferns (Platycerium), but was truly taken by the oakleaf fern (Drynaria quercifolia). I’ve seen them in two conservatories, but the following pictures are from the Krohn Conservatory in Cincinnati, Ohio, and the size of the fern is unbelievable. 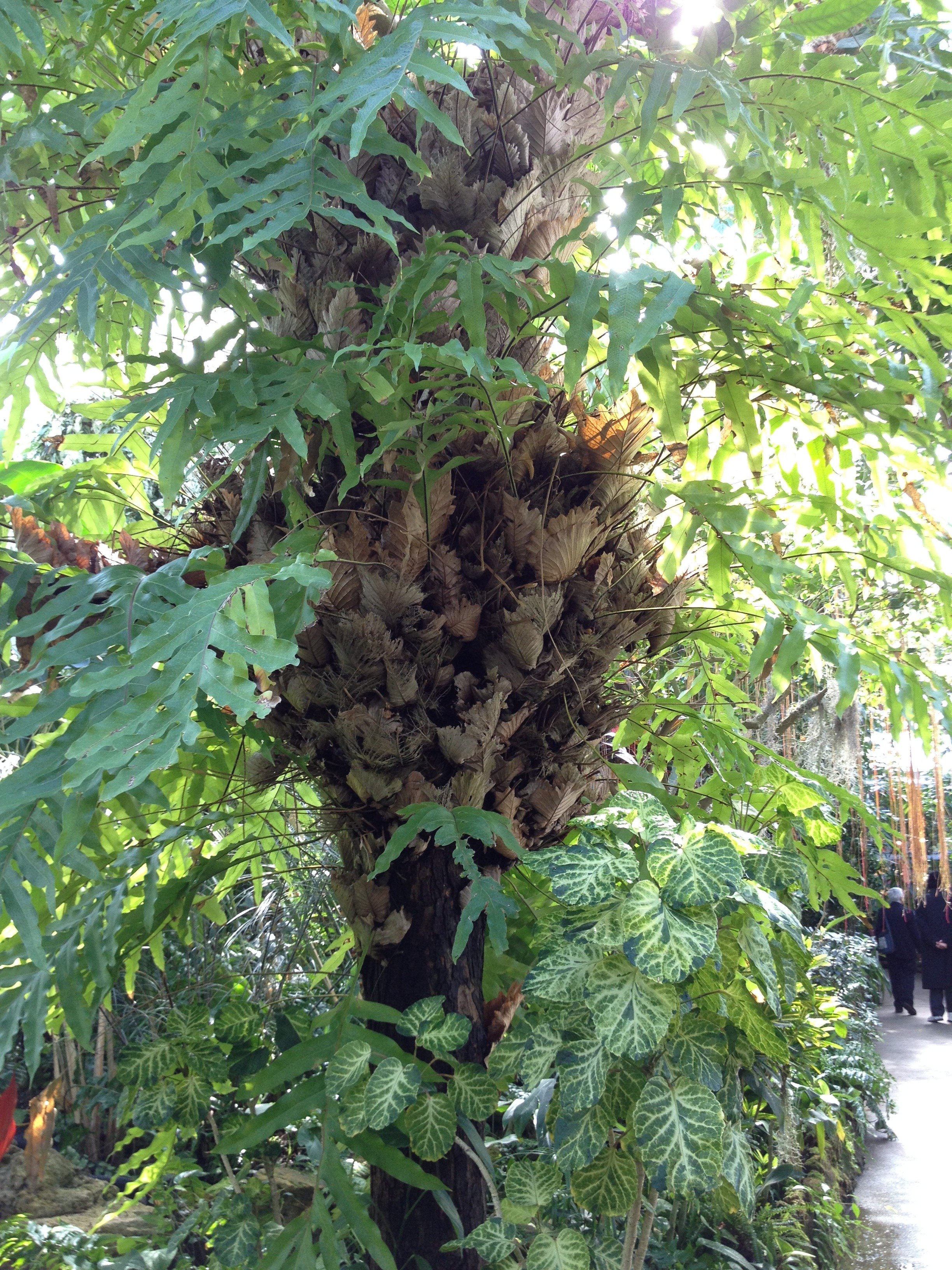 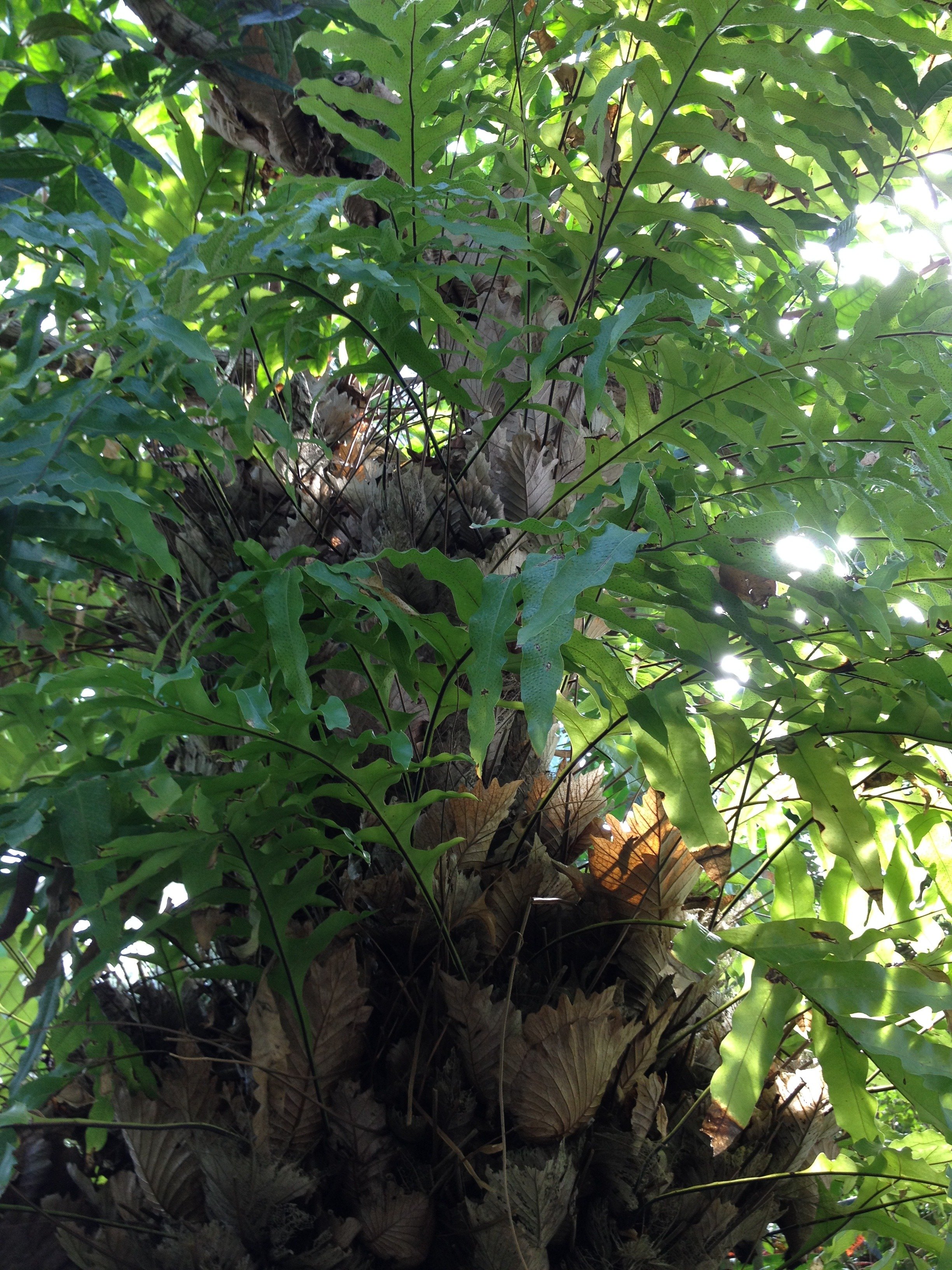 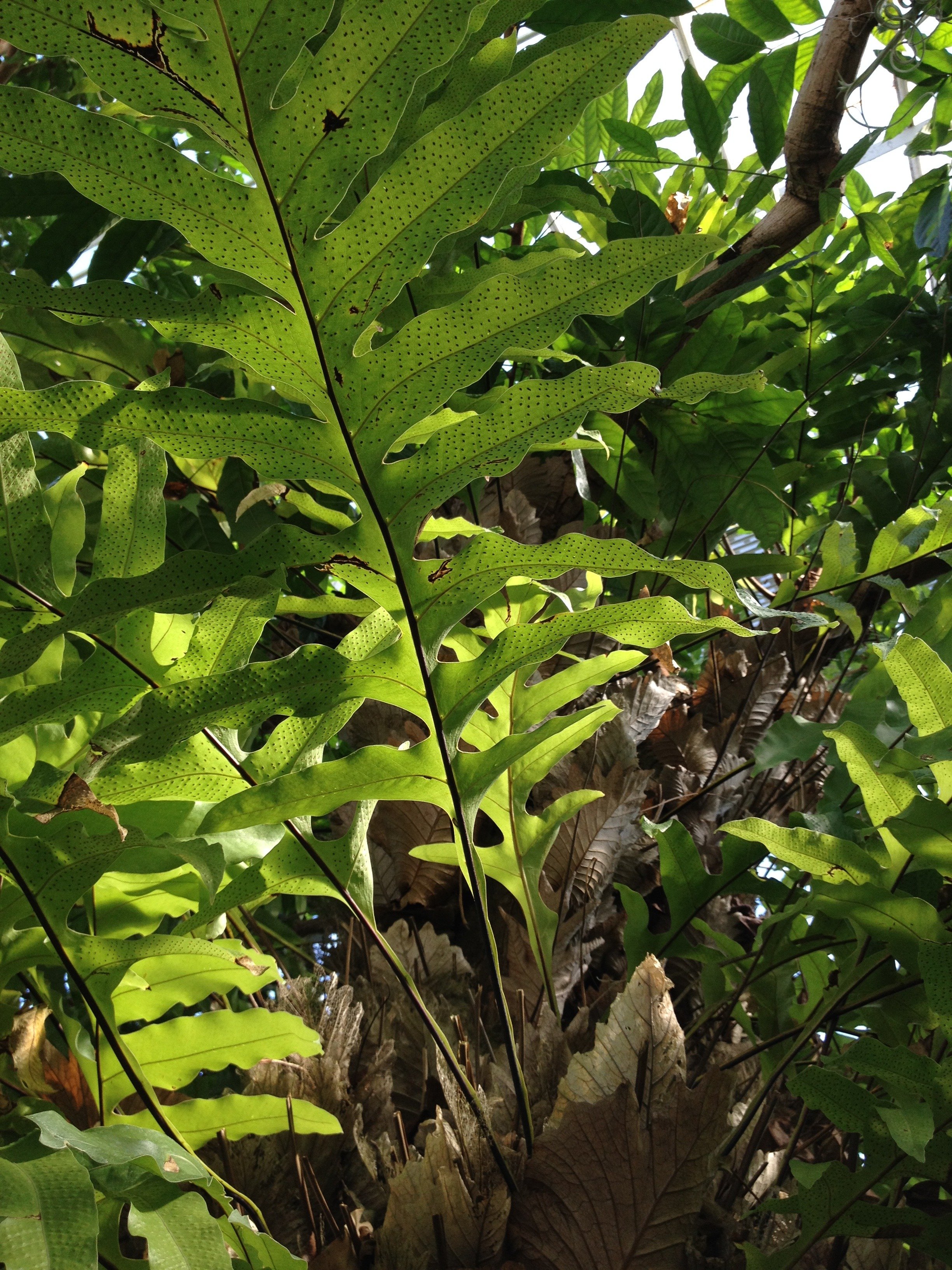 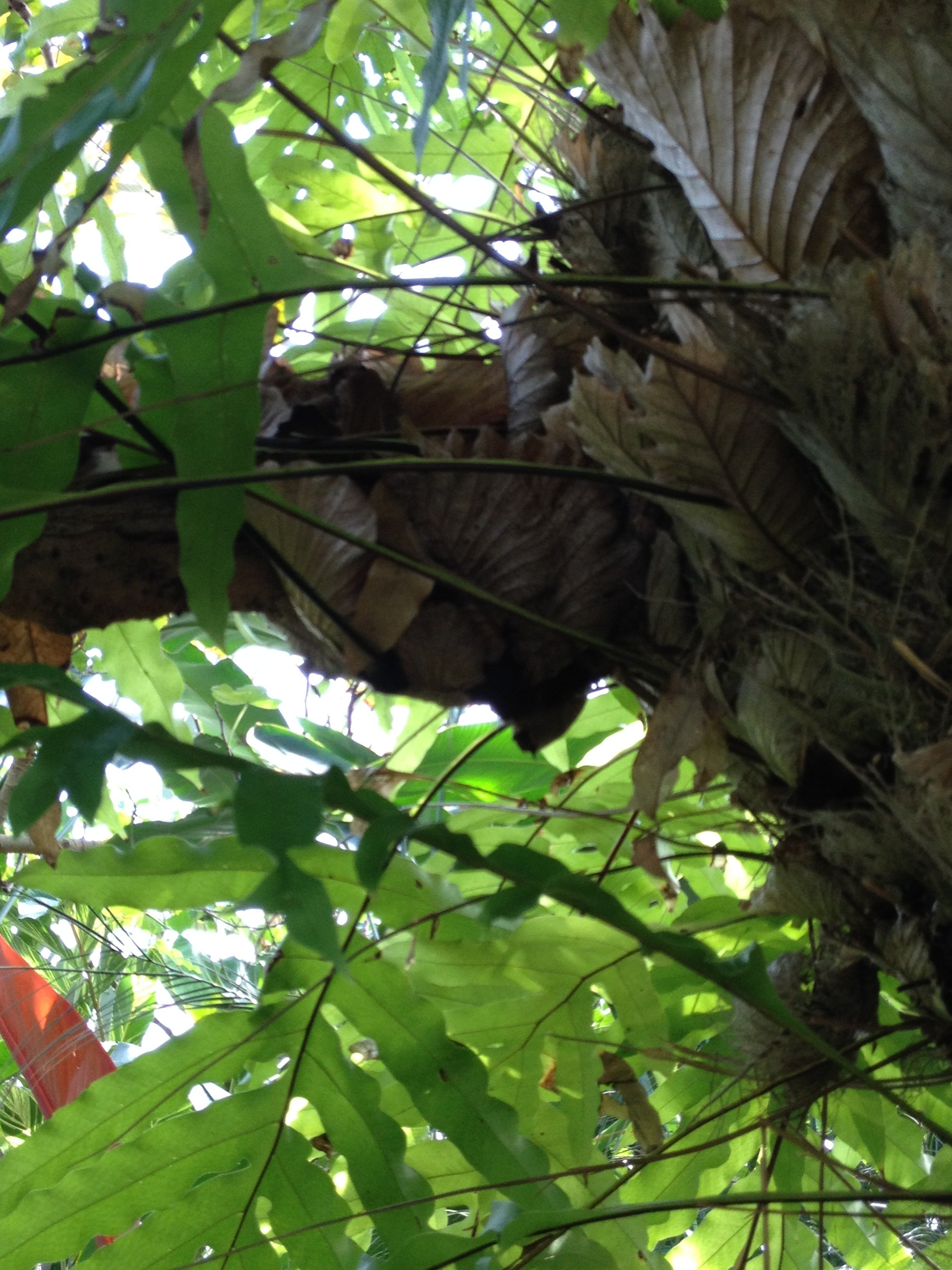 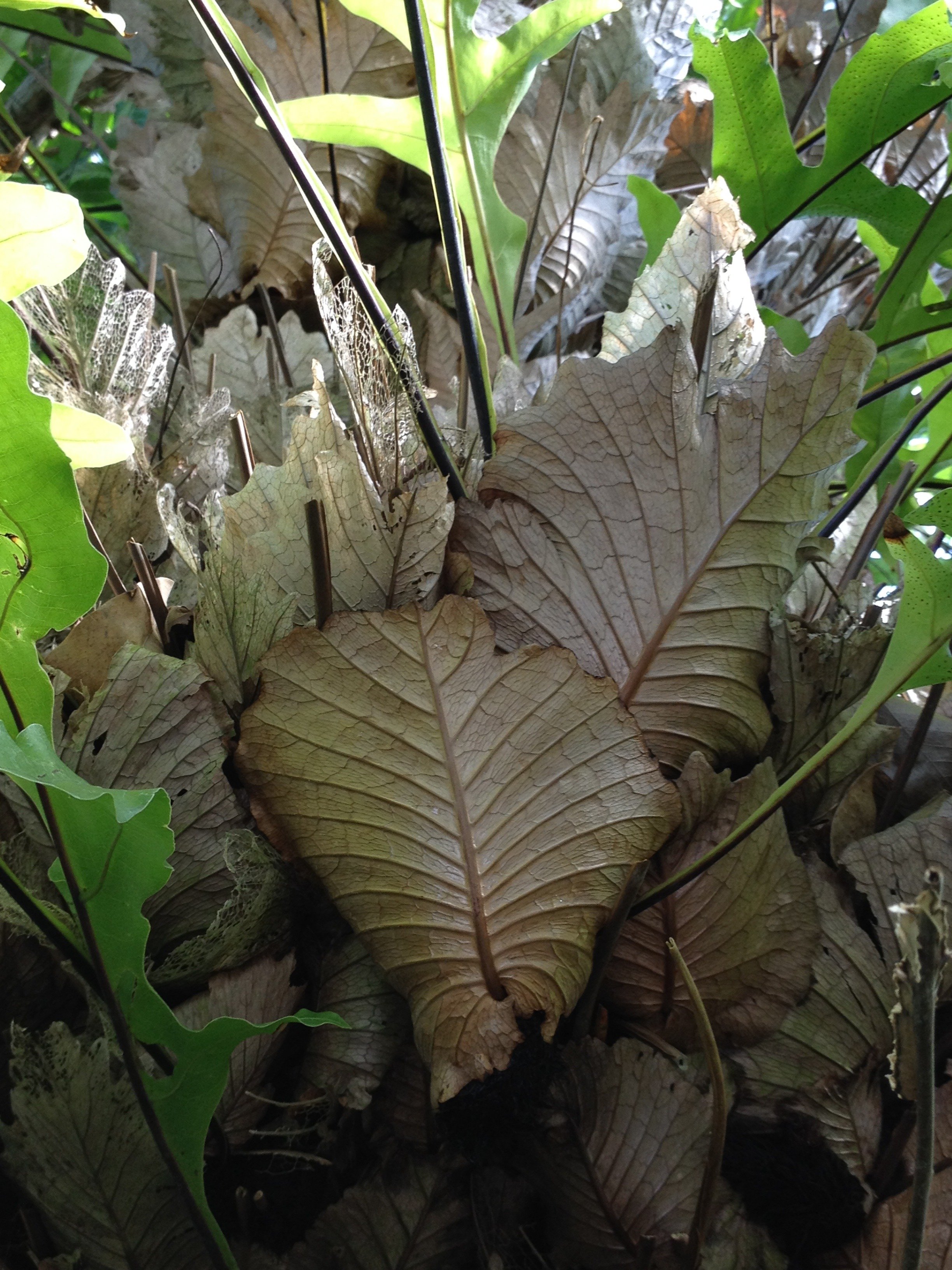 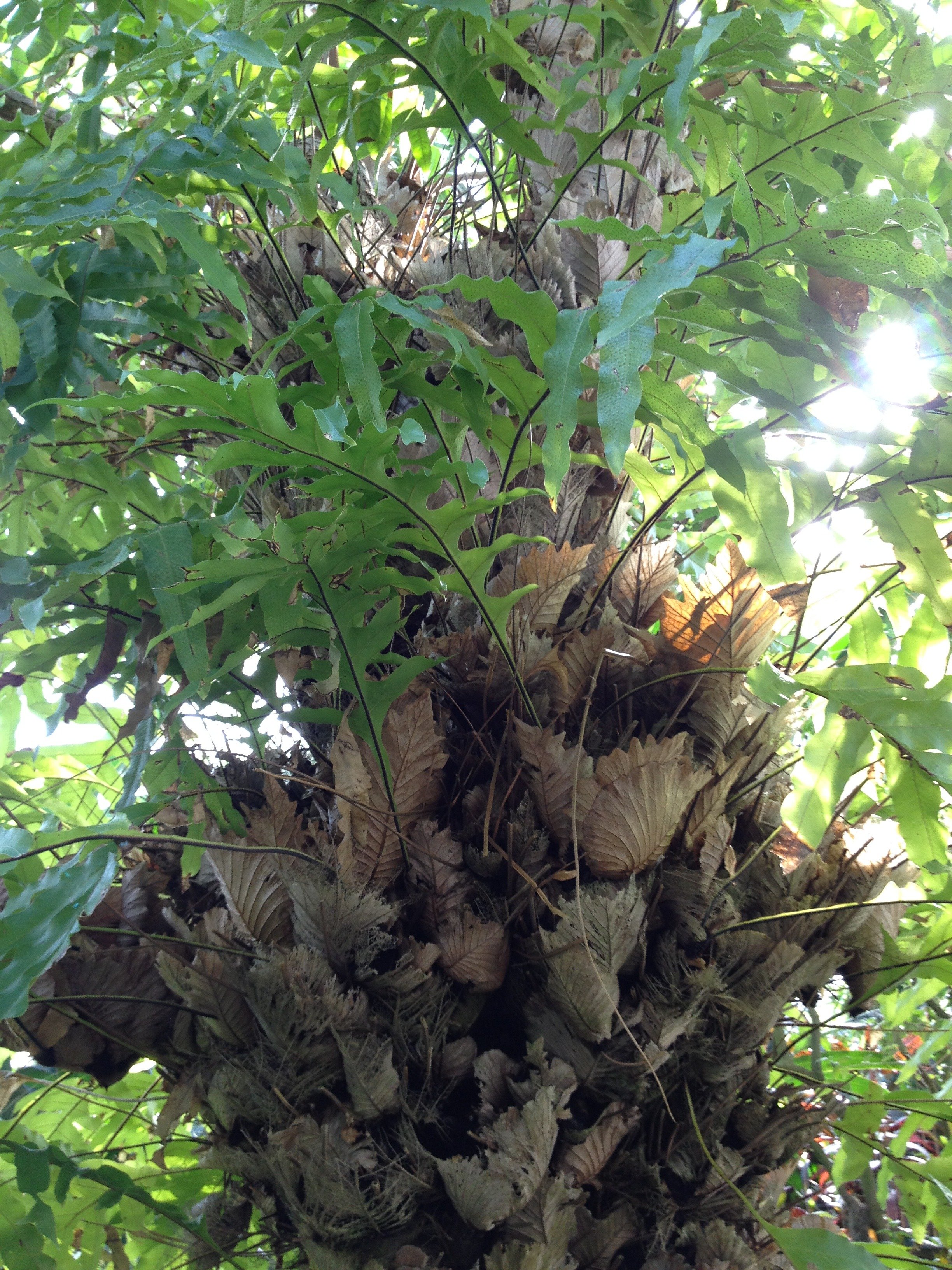 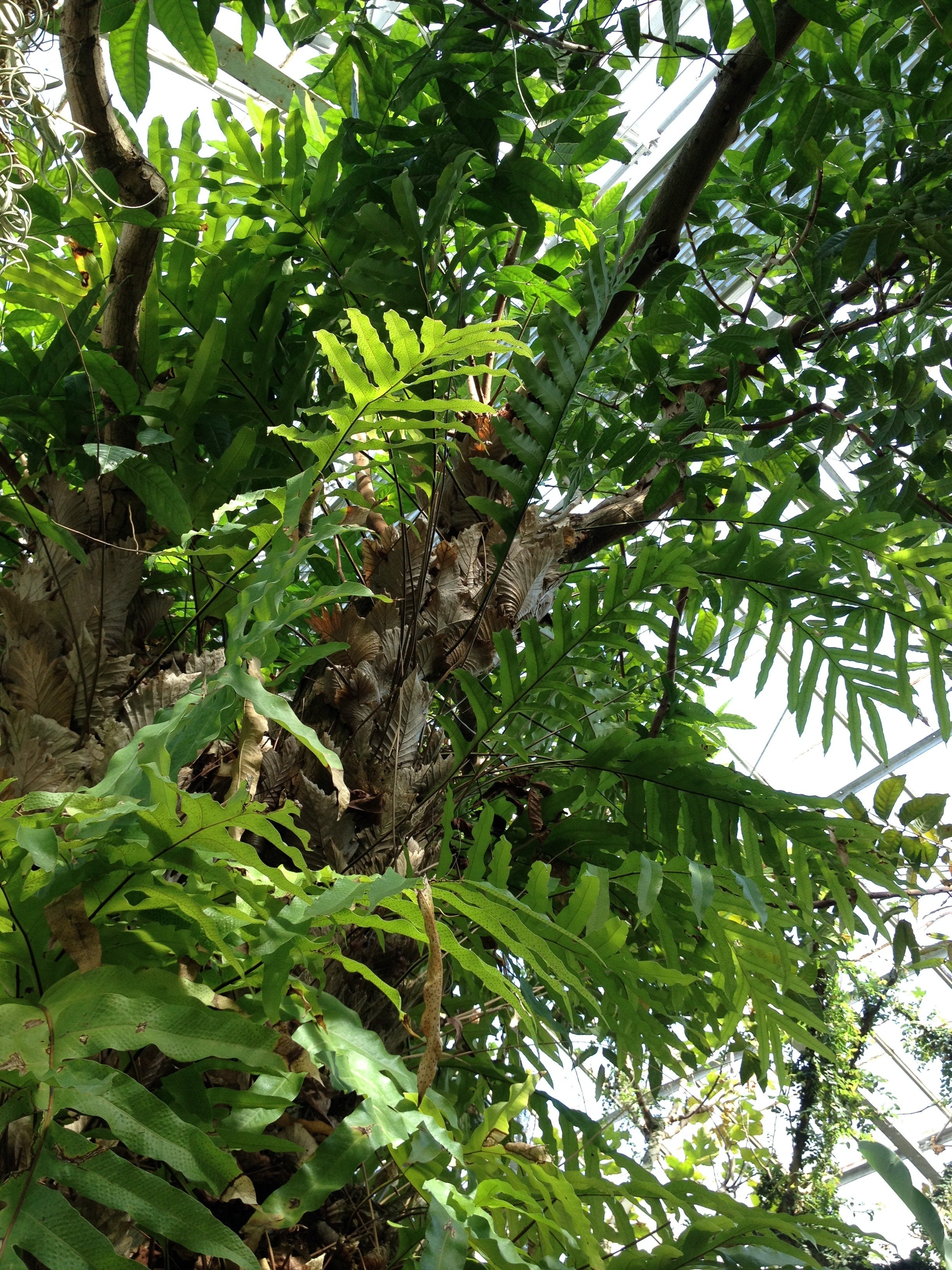 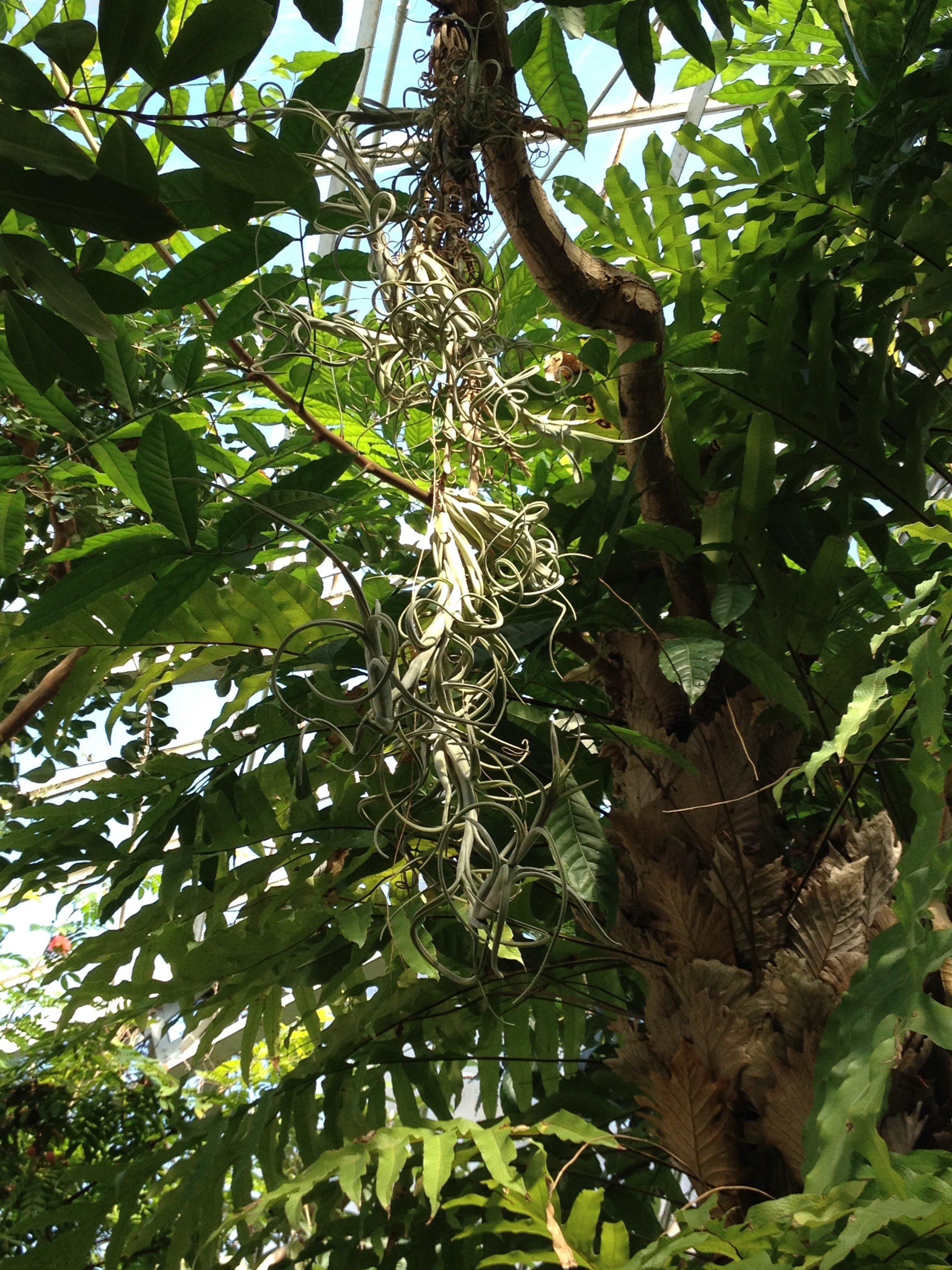 The Drynaria ferns are known as basket ferns. Their sterile fronds which hold the plant to whatever it is growing on, form a “basket”. This basket collects debris that falls from other plants and this debris supplies nutrients to the plant as it decomposes and feeds the plants. They are in the Polypodiaceae family of ferns. The next set of pictures were taken in the Franklin Park Conservatory in Columbus, Ohio. Some of these plants are growing on rocks which makes them epipetric. 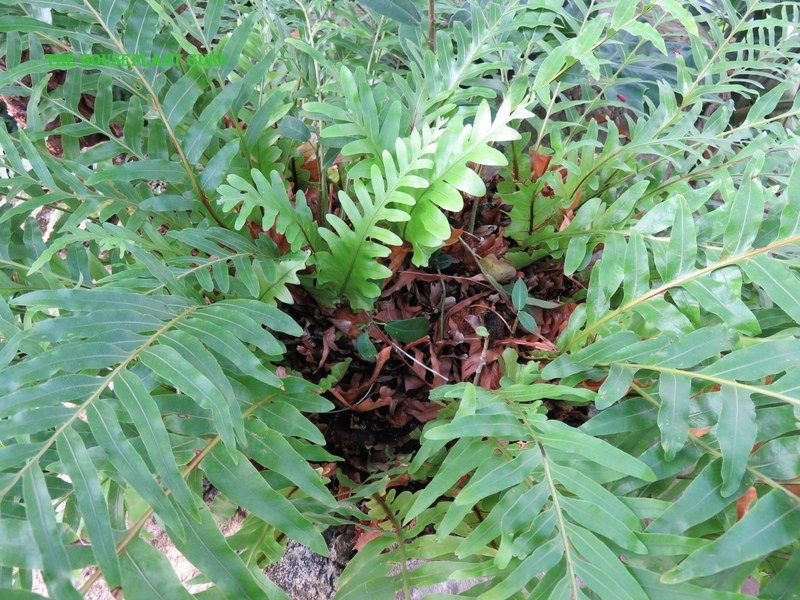 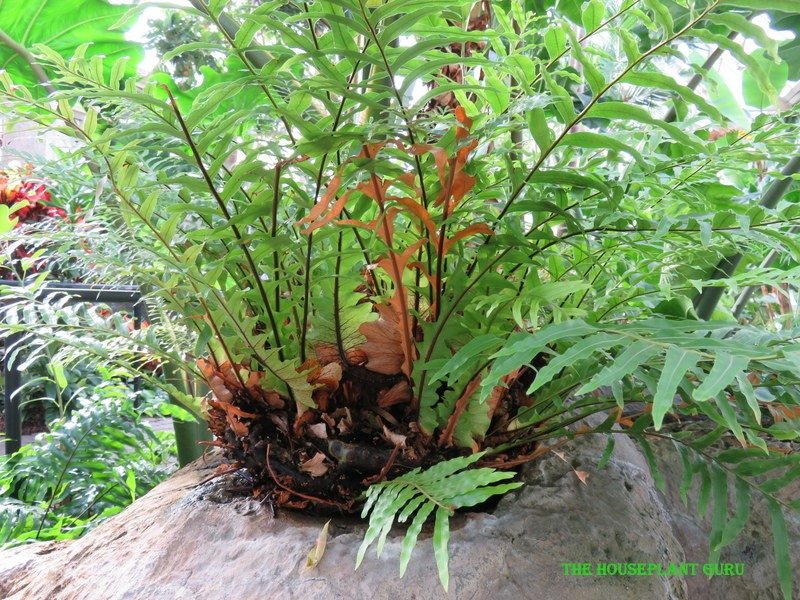 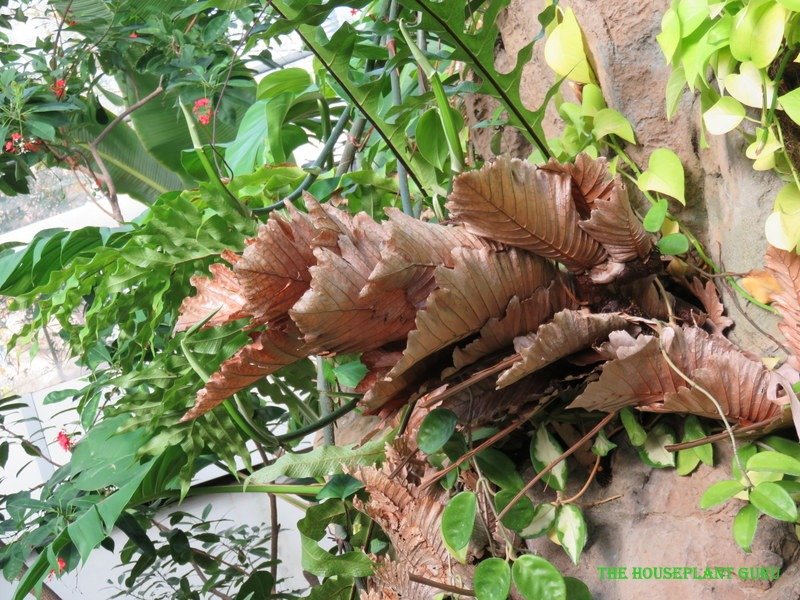 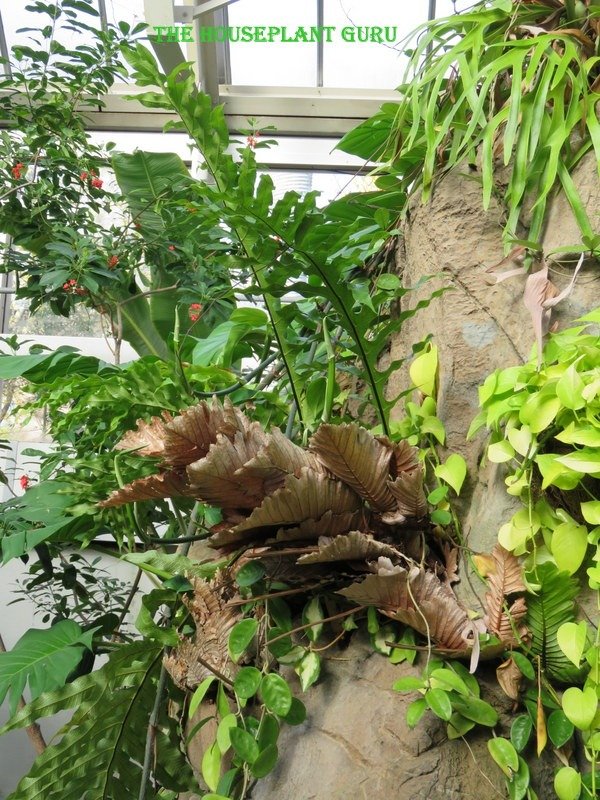 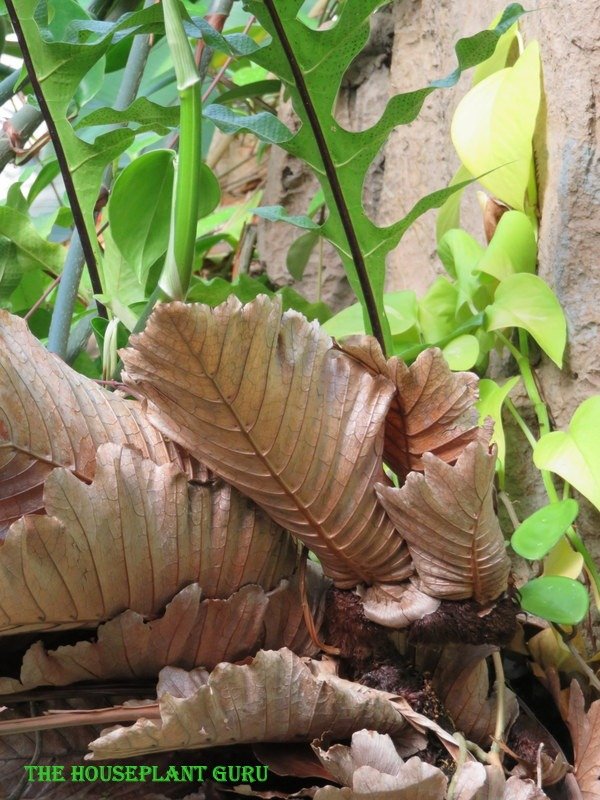 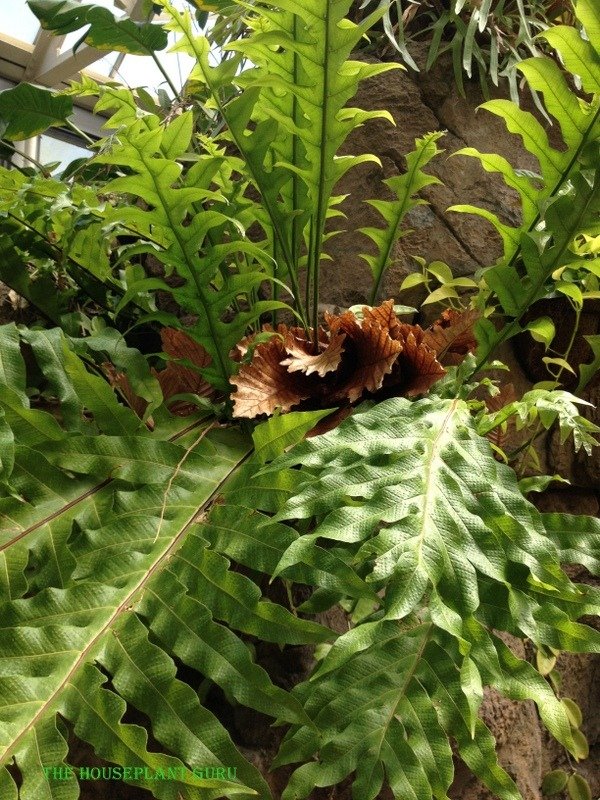 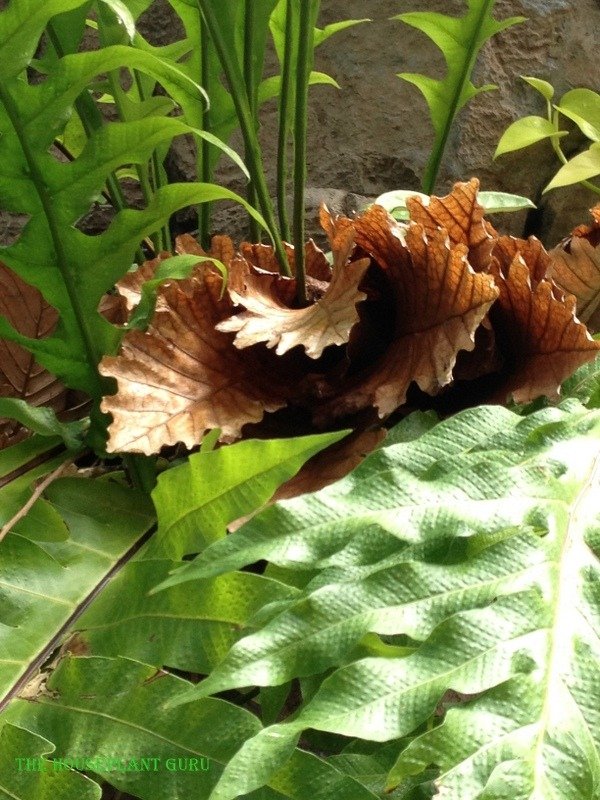 If you were to see this plant in it’s natural habitat, you would need to go to India, Malaysia, or Australia. But, of course you can visit a conservatory near you and you may be lucky enough to find one. On a safety note; if you see one in a tree in Australia, be careful, as they have found pythons residing in the fronds of the fern. Yikes! I like them in the conservatory-just sayin’….. 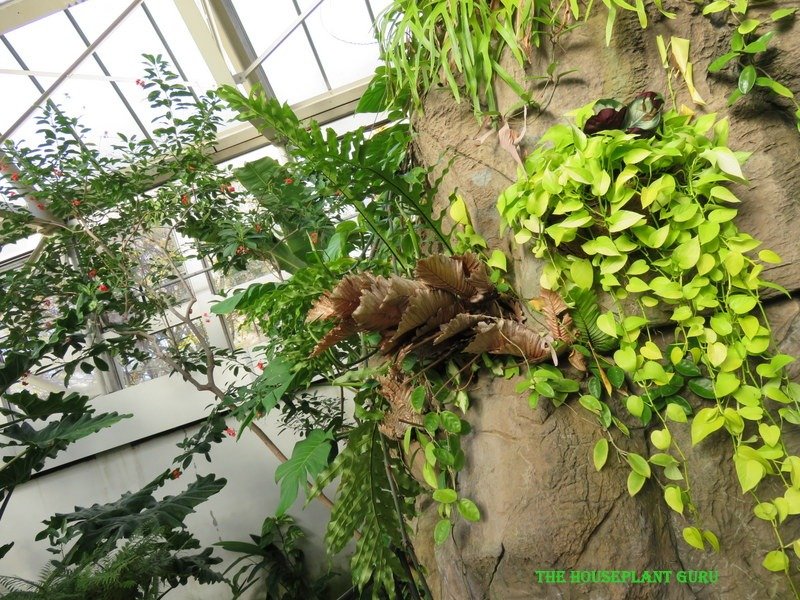