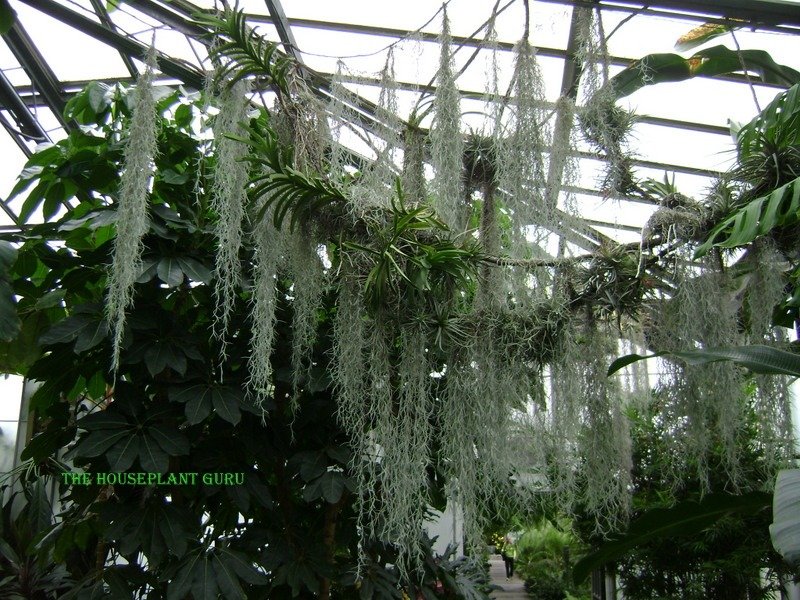 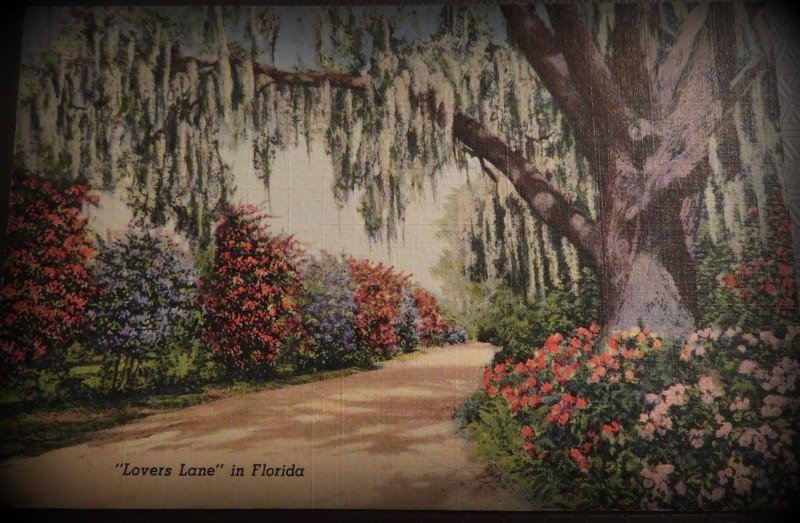 Antique postcard with Spanish moss dripping from the trees.

You’ll never know how disappointed I was to go to South Carolina and not see any Spanish moss. When we visited, Hurricane Hugo had recently ravaged the south. Where did all the Spanish moss go? It was blown away. All the trees were bare, and it was so disappointing.

What is Spanish moss? Many people assume it is a parasitic plant that kills the trees. It is not a parasite but an epiphyte, or air plant and is a bromeliad in the same family as pineapples. It hangs from trees, telephone wires, and other objects in the south. Spanish moss, like many bromeliads, is covered with scales called trichomes. They absorb water and nutrients collected from the air and rain water. This is the only way they get their water, as they have no roots. Whereas it is not taking nutrients from the plant it is growing on, the moss can become so thick the plants cannot perform photosynthesis. It also can become very heavy when it is wet and may break branches. Removal of some of the moss can be a smart move for your tree’s health if it gets too thick and overgrown.

In the past, it was used as upholstery stuffing for mattresses and furniture. The moss was harvested, buried and left  for a few months until the outer covering rotted off, leaving the inner threads. These were then baled and sold. Cured moss is used in craft projects. Spanish moss is also a very good indicator of the air quality. 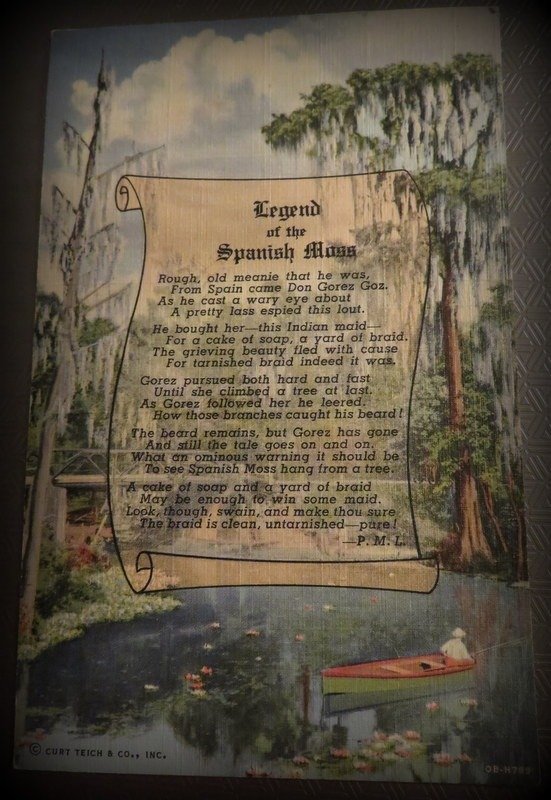 Antique postcard with the legend of Spanish moss. 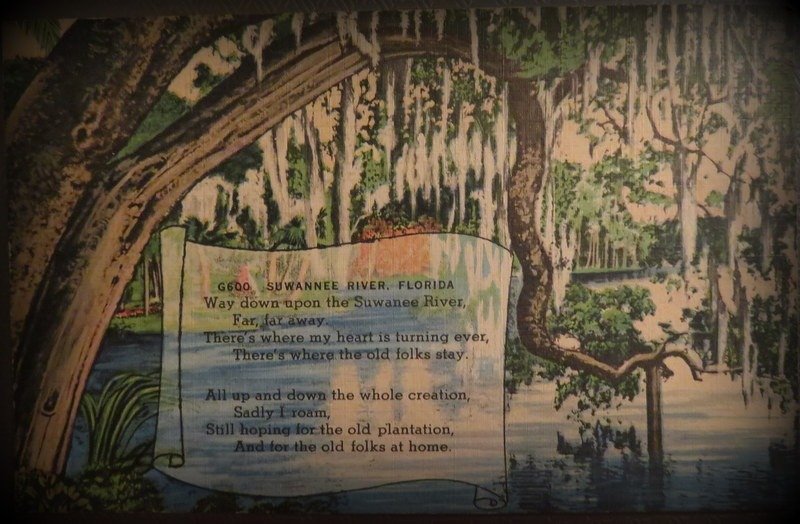 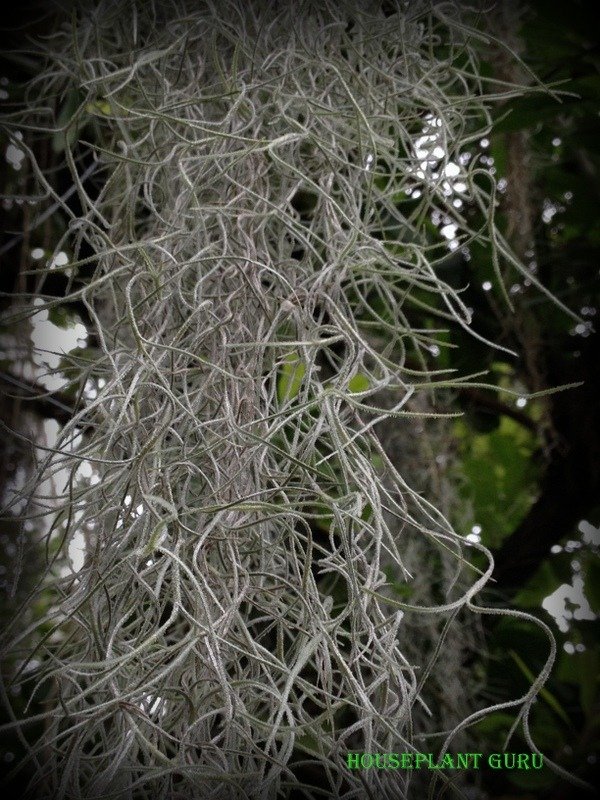 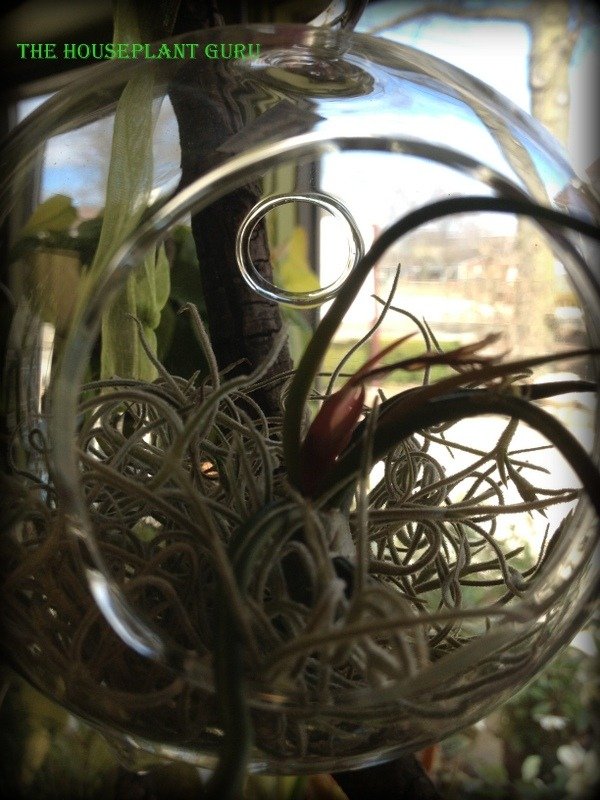 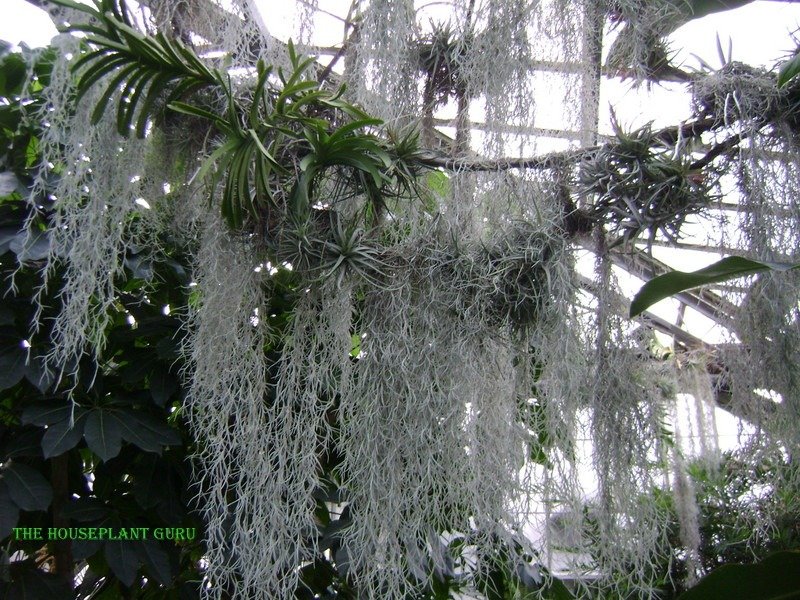 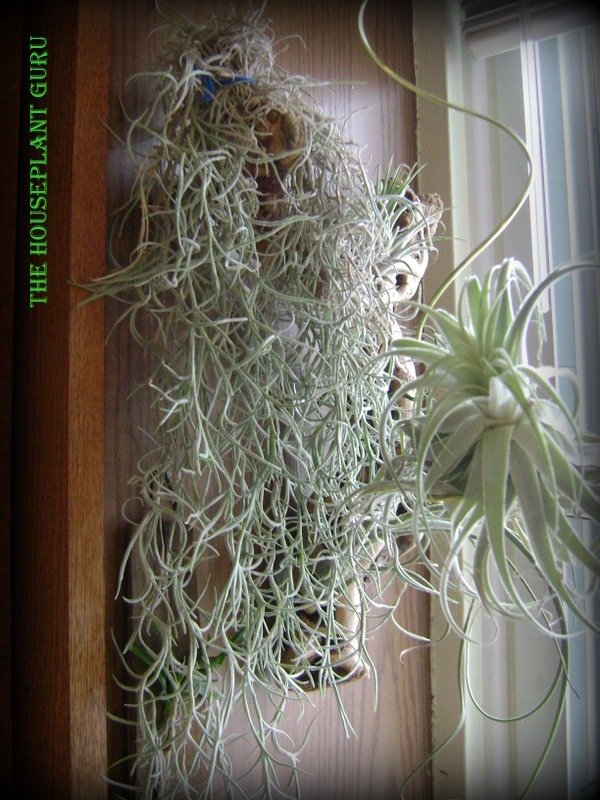 Spanish moss can propagate by seed and by division. Small pieces of it can grow into large plants. It flowers with tiny yellow-green flowers and if pollinated, produce seeds which disperse by floating on small threads on the seeds, which act like parachutes. I have tried growing it a couple of times in my home, but so far have been unsuccessful. It usually lives a few months and then it dries up. I even grew it hanging close to my kitchen sink, hoping the extra humidity would help, but to no avail.

I hope when I get down south again the trees will be filled with moss, as I missed it the first time.