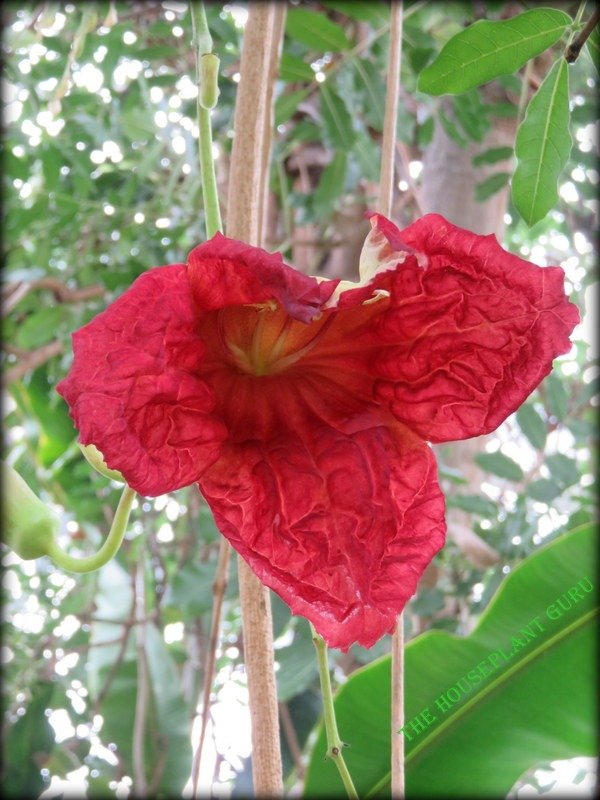 A couple of weeks ago, at Matthaei Botanical Gardens, I saw the infamous sausage tree (Kigelia africana) also called the cucumber tree. I’ve seen it in other conservatories, as well, but this was the first time I’ve ever seen it blooming. It is gorgeous!

I’ve read that the flower smells bad, but it was too high for the aroma to reach me. I guess I should be thankful for that.  In nature, they bloom at night and with the aroma, attracts its primary pollinator, the Dwarf Epauletted Fruitbat. It is called a fruit, but I have read that it is a woody berry, so I’m not exactly sure. It is a very large “fruit” and if it were to drop on a person,  as it used as a street tree in Africa, it would do some damage. It can  measure up to 3 feet long and weigh up to 20 pounds. The tree can grow up to 45 feet and grows very fast. It can tolerate some frost and temps. down to 28 degrees.  In its native habitat in South and Central Africa it grows along river banks. The fruit is eaten by hippos, giraffes, baboons, and monkeys. The tree grows in full sun and is evergreen if it has enough moisture, but deciduous if it is dry. 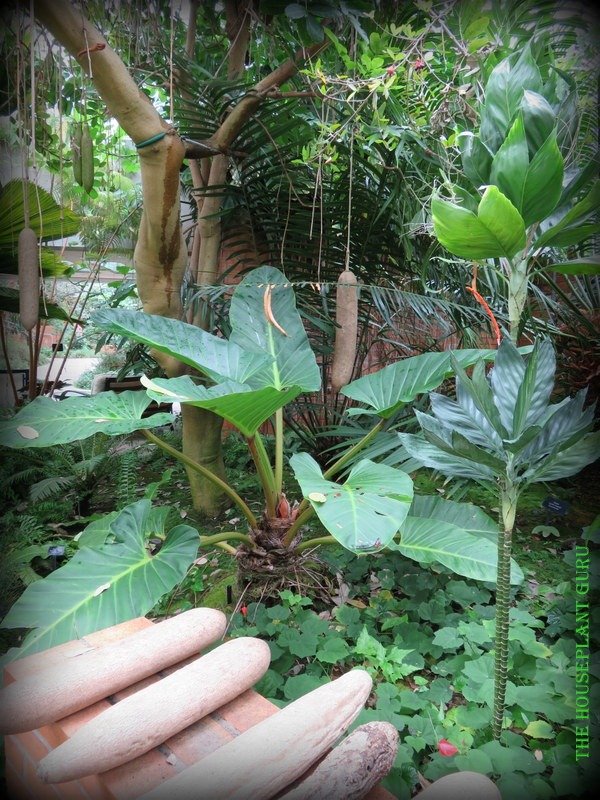 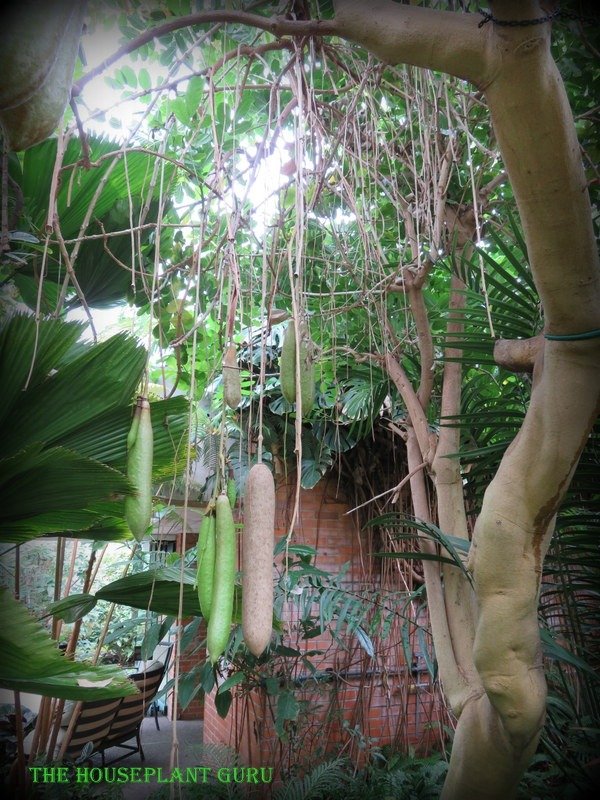 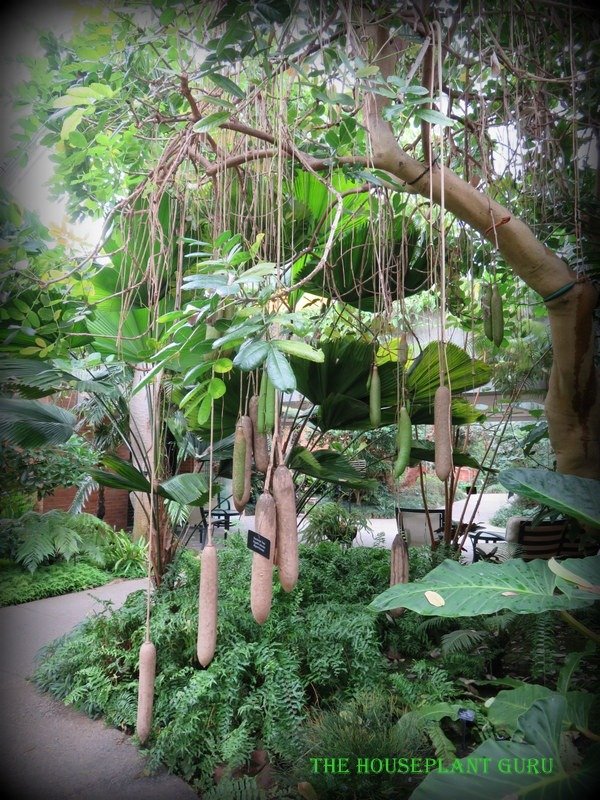 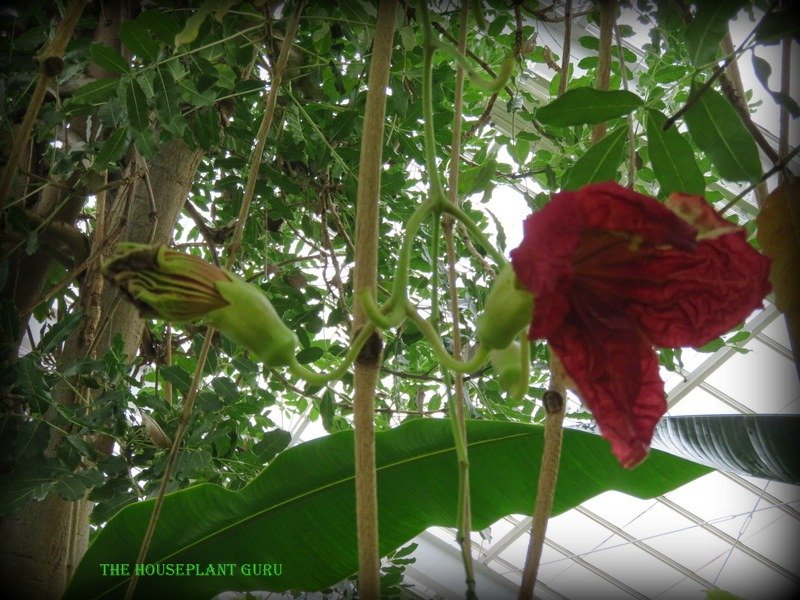 The flowers are so beautiful. They look like crumpled tissue paper. They bloom one at a time  August through November. In Africa it is used as an herbal medicine for things such as rheumatism, evil spirits, and snake bites. It is also used in shampoos and facial creams. 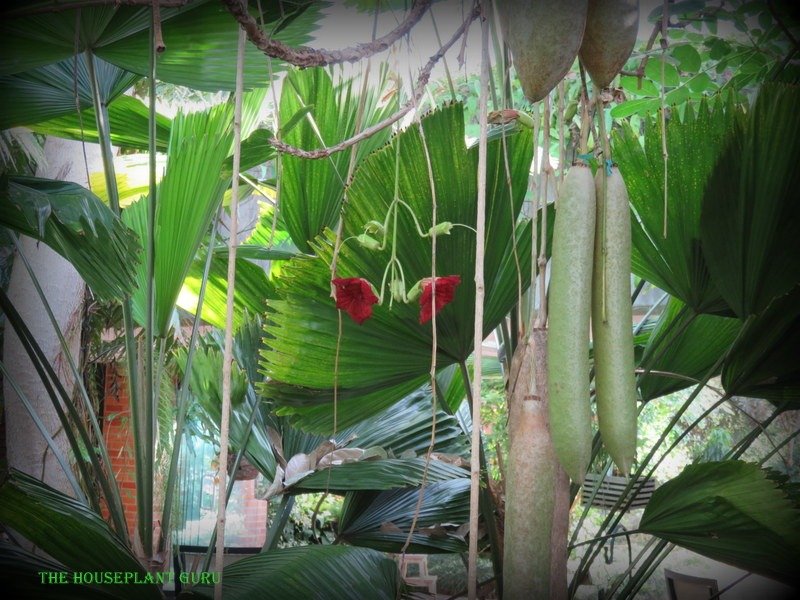 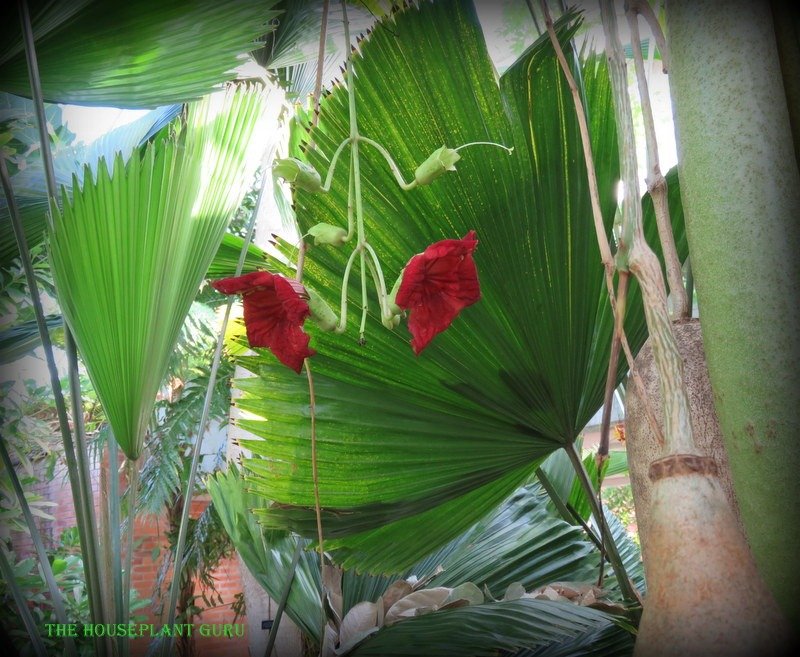 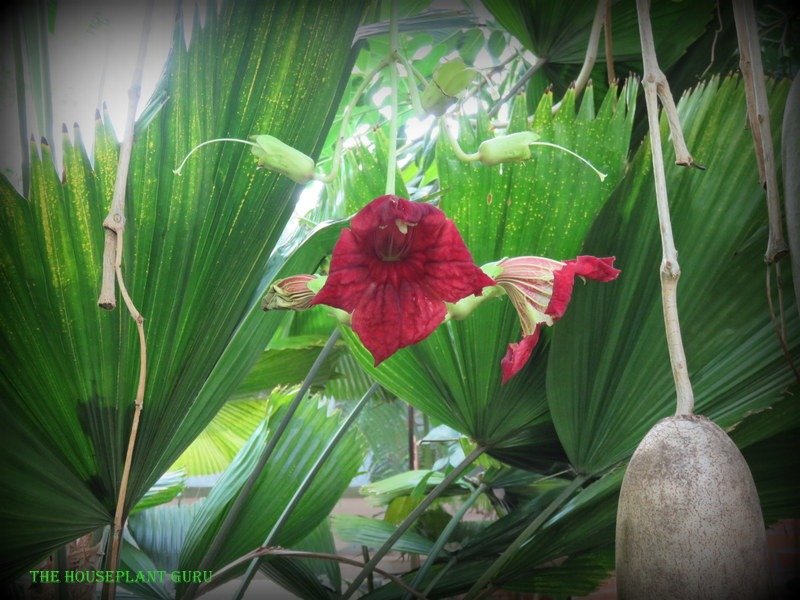 Next time you are in your local conservatory look for the sausage tree. Hopefully, it will be blooming.