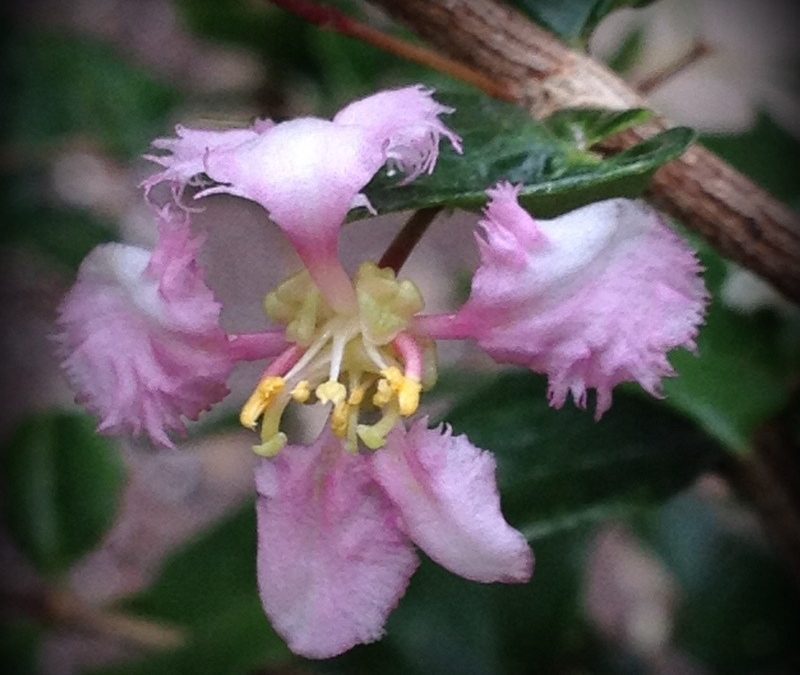 Last week I visited the Hidden Lake Garden’s conservatory. I noticed a plant that I’ve never seen before, probably because it was blooming. It is the Singapore Holly, or Malpighia coccigera (mal-PIG-ee-uh Kock-SIDGE-jer-ruh). The flowers are only about 1″ across, but resemble little orchids. 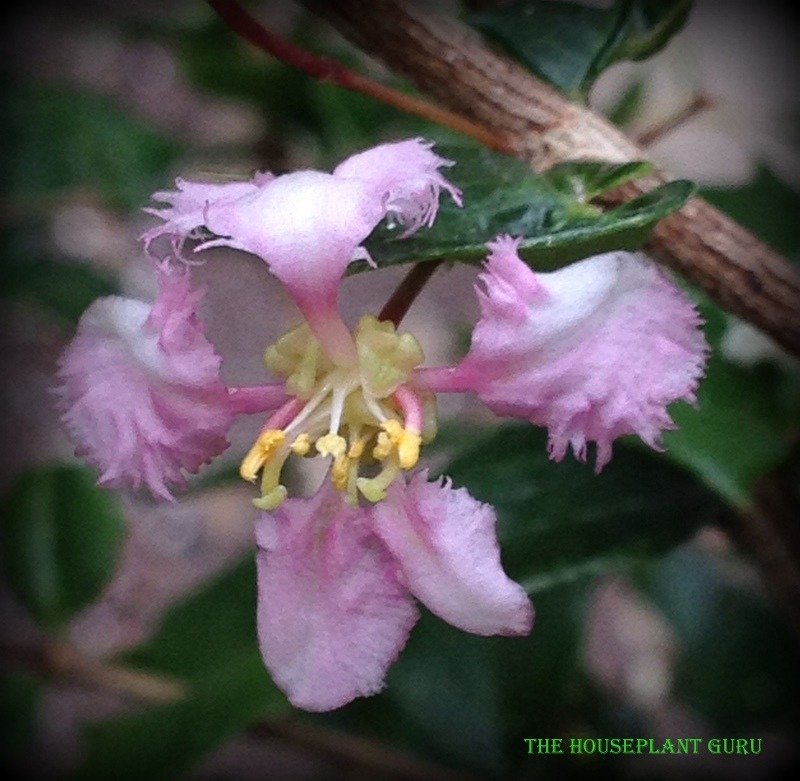 The Malpighia coccigera is native to the West Indies where it grows in partly shaded scrub thickets. It is not a true holly but got this common name from its holly shaped leaves. It needs moist, well-drained soil and cannot tolerate temperatures below 55 degrees. In Zones 10b-11 in the United States, it can be used as a small hedge or landscape plant. It is also used extensively as a tropical bonsai subject.  After it is finished flowering, red berries (drupes)  appear. 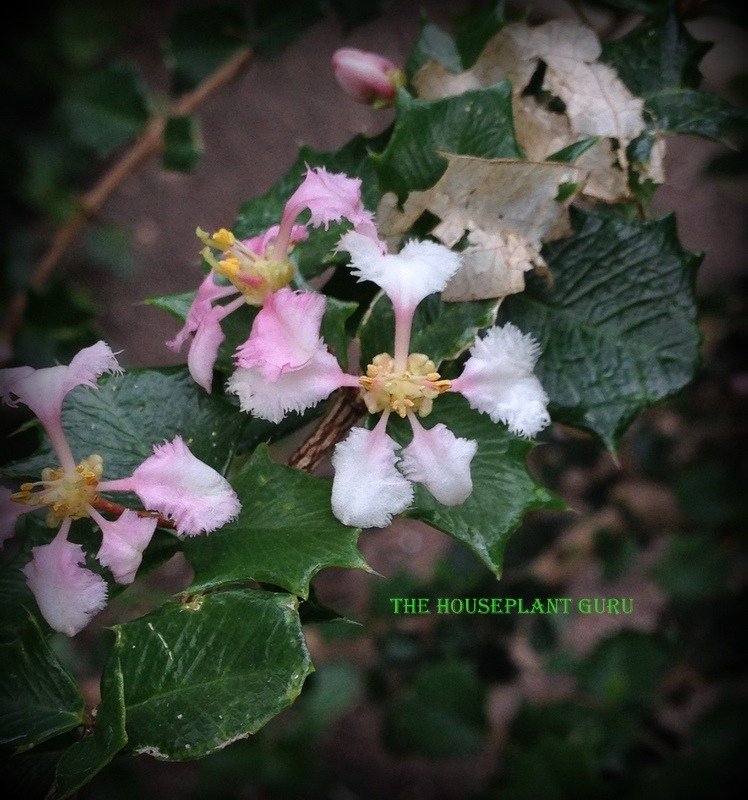 This plant is named after Marcello Malpighi (1628-1694), an Italian physician and botanist. He wrote a book called Anatome Plantarum or Plant Anatomy in 1672 and is credited with discovering stomata or pores of plants through his studies with the microscope.

I’m glad I noticed this plant. The flowers are gorgeous when you really take the time to look closely at them. Remember to visit your local conservatory and see what is in bloom! 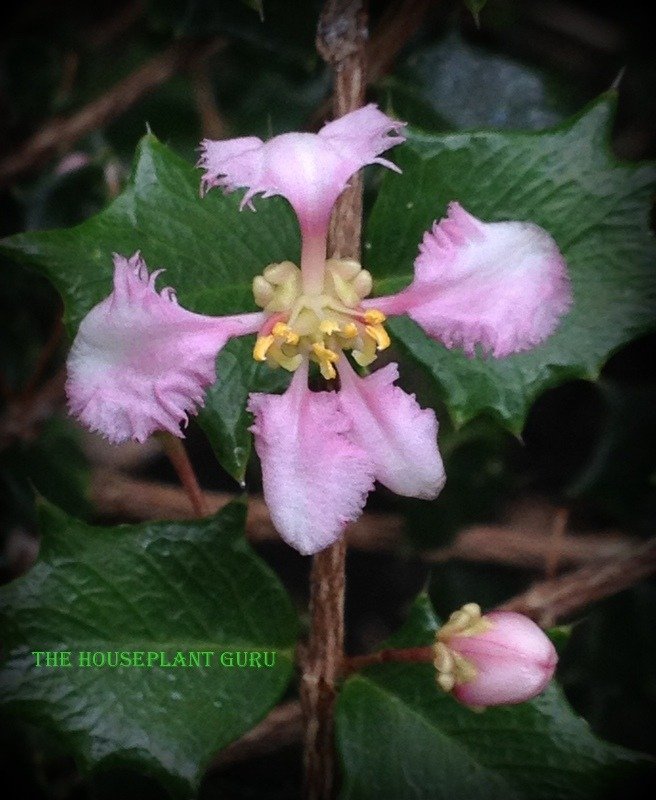